Just Stuff and Some Laundry

I've been organizing my photos and I found some things I forgot to share.

#1
Angela and I found this aluminum cake cover for $1 at the beginning of January when we went junking antiquing (junking doesn't sound as classy or sophisticated as antiquing).  We had such a fun visit.  I miss my dear friend and wish she lived closer so we could spend more time together.
I cleaned up the cake cover and put it to use this weekend.  I tried a new cake recipe and used this cake cover to keep it fresh.  Have you ever tried a new recipe and it turned into a huge mess?  That happened to me.  I should have divided the cake batter into two pans instead of just one.  While the cake was baking, it overflowed over the edges of the cake pan and spilled all into the bottom of the oven.  It started smoking and the smoke detectors went off.  The house reeked of smoke.  The cake looked pretty terrible and so did the inside of my oven.  I was able to get the cake out of the oven, clean up the mess, get the cake on a plate and finally take a bite.  It ended up being pretty tasty.  Let's just say I won't be making that cake recipe again.  It was just too much effort for the finished product. 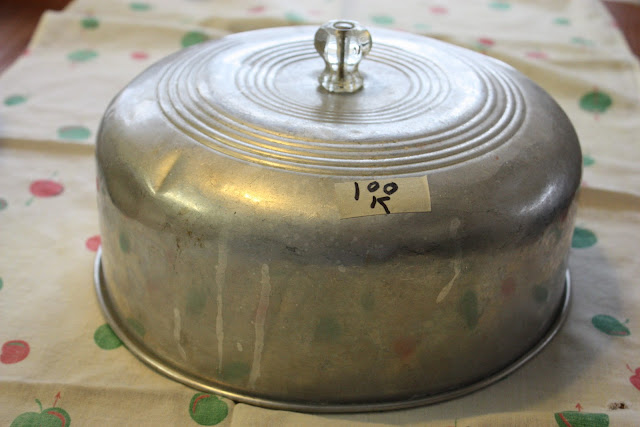 #2
I really like old mason jars.  The blue/aqua are my favorite.  I was taking photos of my milk glass in the kitchen so I took a photo of the sweet, little jars.  I bought them this summer at a local trade days.  You can check out what other treasures I found there here. 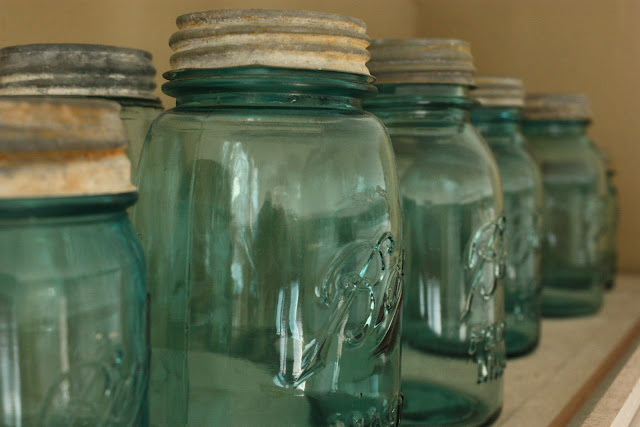 #3
I'm so ready for Spring Break in March. I don't have any plans, but I'm just ready for a break! February is going to be a L O N G month even though it only has 28 days.


#4
I'm disappointed that a new Grey's Anatomy hasn't been on in two weeks. It's my favorite show and I miss it. I'm ready to see what Arizona's reaction is to Callie's shocking news. I seriously didn't see that coming. I love it when the writers surprise me with something sensational. Drama, Drama, Drama!


#5
I'm hoping to do a series of posts dedicated to a home tour. I'm still working on my photography skills. After this post is finished I'm going to re-install Photoshop on my computer. I un-installed it about six months ago because I gave up on learning how to use it. I'm really intimidated by it. I made it a New Year's Resolution to learn how to use Photoshop.


#6
I need a do-over on a couple of my resolutions. I'm not exercising nearly as much as I should. On a positive note, I am reading and studying the Bible more. We're doing a ladies Bible study at church and it's going really well. So far I feel like I've learned a lot and it's encouraging to spend time with other ladies who are interested in studying the Bible and growing in their faith.

#7
Sometimes Mark and I are guilty of letting the laundry pile up.  It usually reaches this state when we have an upcoming break.   We put off all chores because we think we'll do them over the break.  I think I snapped this photo back before Thanksgiving break.  Hey, I told you I was going through my photo files and found some old ones ;) 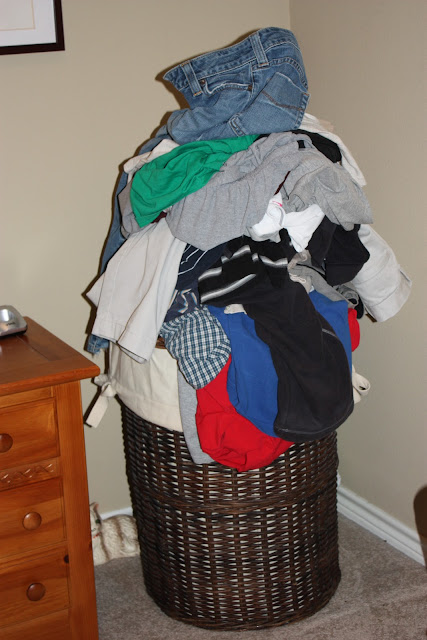 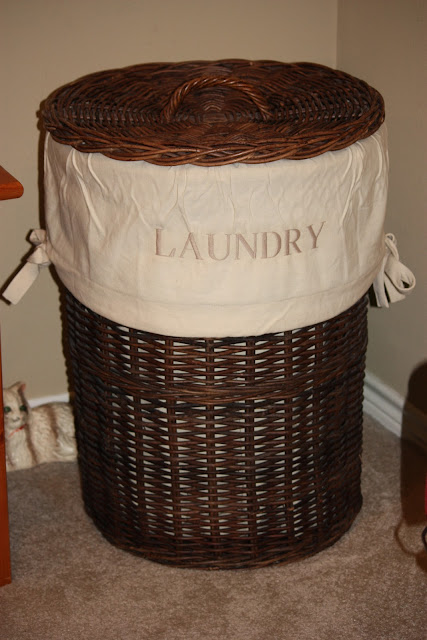 Happy Monday!
Posted by Michele at 6:44 AM