Ben has learned a new word.  This word entered his vocabulary much earlier than it ever did his big brother Will's.

Ben's new word is MINE.

Everyone one told me the second child would be different than the first.  Well, they were right.  Ben is developing his own personality and making his own way.  As Ben gets older, it's fun to see the boys interact and play.  Ben was an easygoing baby, but as a toddler he's very independent and doesn't let his older brother get by with much.  In fact, sometimes it's Ben who provokes Will instead of the other way around.  With two active little boys it's always an adventure at our house.  It's clear that they love each other very much, but Ben's definitely giving his strong-willed, older brother a run for his money.  We hear the word "Mine" a lot when they are playing together.

Ben's second favorite word is Coke.  I reluctantly admit that Ben is a big fan of Sonic Happy Hour and DQ Happy Hour.  Mark and I try very hard to limit our trips after school to these places, but some days we indulge in a Cherry Limeade (for me) and a Cherry Coke (for Mark).  Soda probably didn't touch the lips of Will until he was two and now Ben at 19 months old knows what Coke is.  To make matters worse, when we drive by Sonic or Dairy Queen he points and says, "Coke".  It's pretty stinkin' cute, but it's made me realize that maybe we treat ourselves to Happy Hour a little more than we thought we did.

Before I forget, I need to share these adorable photos and one more cute story about Ben.

Do you ever go through your SD card and find photos that you forgot about? I found these of Ben. He did the cutest thing during one of the many football games his dad was watching. In the last couple of weeks there were several college football bowl games on (ladies whose husbands are football fanatics, can you sympathize with me?). Ben saw the band performing at half-time and he ran back to his room and found his toy drum so he could play along. So observant and cute! 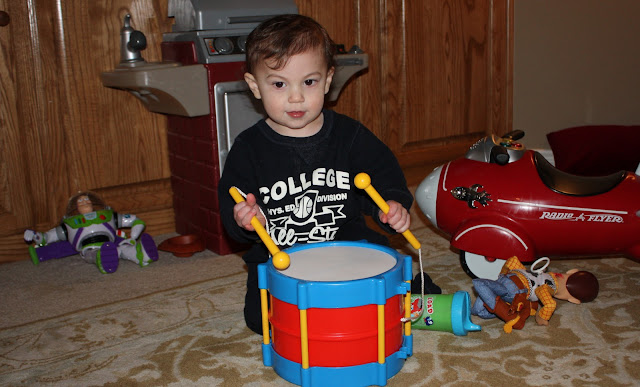 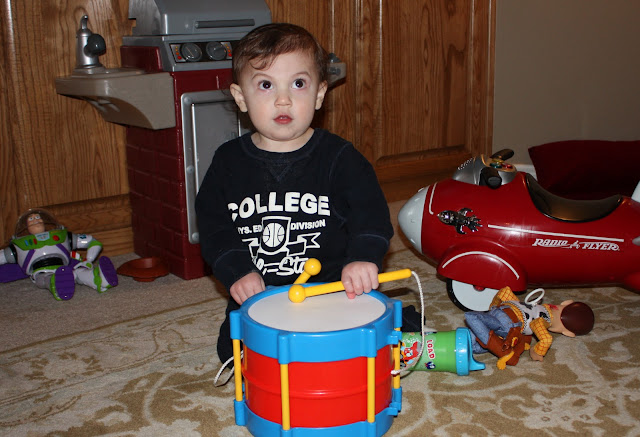 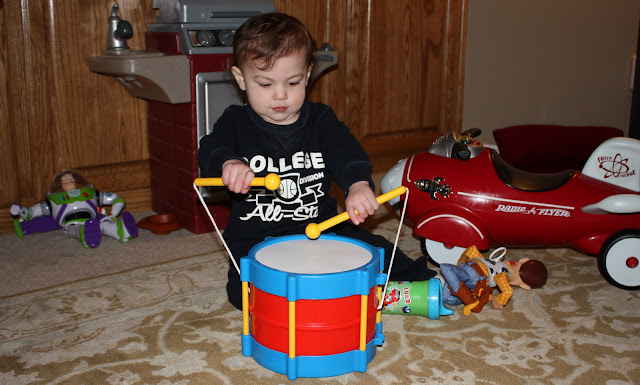 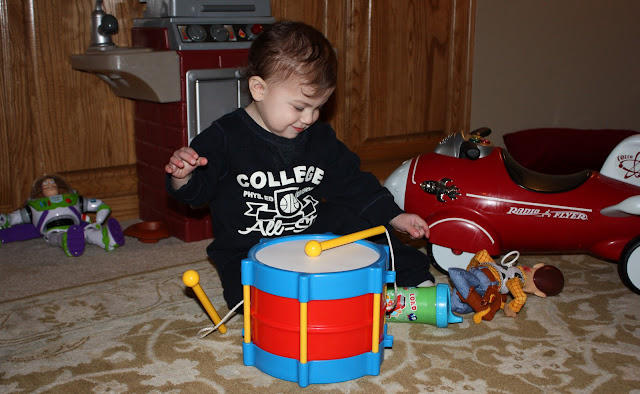 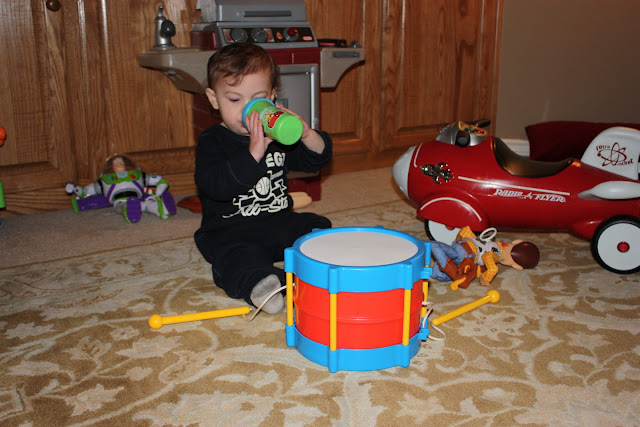 Don't forget to link up to my random list of questions Getting To Know you 2011.  The link up will be open until the end of the month.

I'd love to learn more random stuff about you.
Posted by Michele at 11:00 PM