There is a time for everything,
and a season for every activity under heaven:
Ecclesiastes 3:1 (NIV)
I was thinking about the seasons changing and this verse came to mind.  It's one of my favorite passages in the Bible.  Fall is my favorite season.  Maybe it's the cooler weather, the traditions that come with Halloween and Thanksgiving, pumpkins, spice scented candles, changing of the leaves or Friday night football games in our small town.  I know one reason I love the fall is in the photo below.  My fall baby, Will,  is going to be four in November.  The photos below were taken back in 2007 just after he turned one.  I still can't believe he will be four years old so soon.
He's the number one reason I love fall! 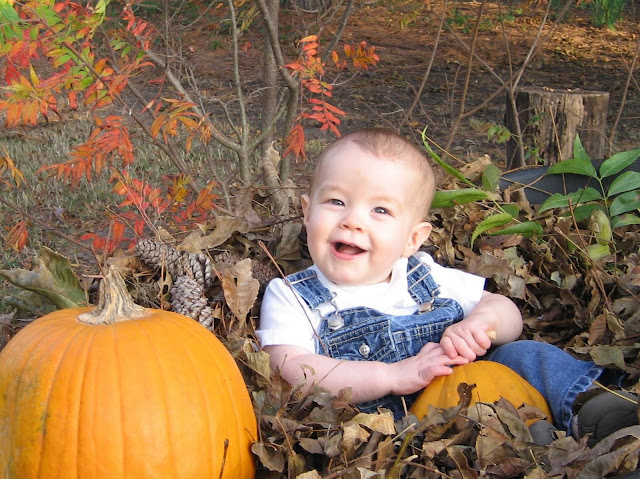 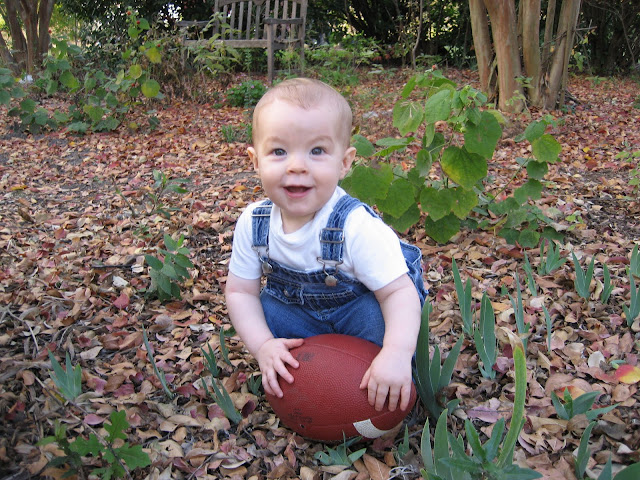 For those who have ever suffered from infertility or had issues getting pregnant, I can relate. Being the planner that I am, I had perfectly planned to have a baby in the spring so that it would work better with my work schedule. Since I'm a teacher, my plan was to have the baby in April or May and be home all summer with the baby and return to work in August. I soon found out that there are some things that are out of our control.  Sometimes our plans just don't work out as we have imagined. In February 2006 after many months of disappointment, I was thrilled to find out we were expecting. That meant later that year we would be welcoming a little baby. Will was due at the end of October but was stubborn and decided to make his appearance a week late at the beginning of November. It couldn't have been more perfect timing. I was able to stay home with him all of November and December and part of January. He wasn't the spring baby that I'd planned, but the blessing he's been to us has been more than anyone could have planned other than God.

I decided to share my love of fall at This Blessed Nest.  Kellie is hosting a Fall Festival.  I'm not crafty (I'm a wannabe crafter), but she said all things fall are welcome and these thoughts were inspired by fall.