This was a special Father's Day for Mark because we attended a baseball game at Safeco Field.  That in itself would have been memorable, but two things made it extra special.  We saw our Texas Rangers on the road, and it was the beginning of their West Coast Road Trip.  When Mark realized that the Rangers were playing the Mariners while we were in town then we knew we had to go to a game.  It was even more unbelievable when he realized that it would be possible for us to plan our vacation where we could catch a game for each series of the West Coast road trip--Oakland and Anaheim would follow Seattle.    It really was a once in a lifetime thing, and I don't know if we'll ever have that opportunity again.  We knew we had to go for it and make it happen.

Mark and I attended a Mariners game in 2004, but this was Will and Ben's first time to Safeco.

Making memories on Father's Day
Such a cool way to spend the day.  Mark deserves it more than anyone I know.  He's an amazing father.  He loves our boys so much and they adore him.  We are lucky to have him. 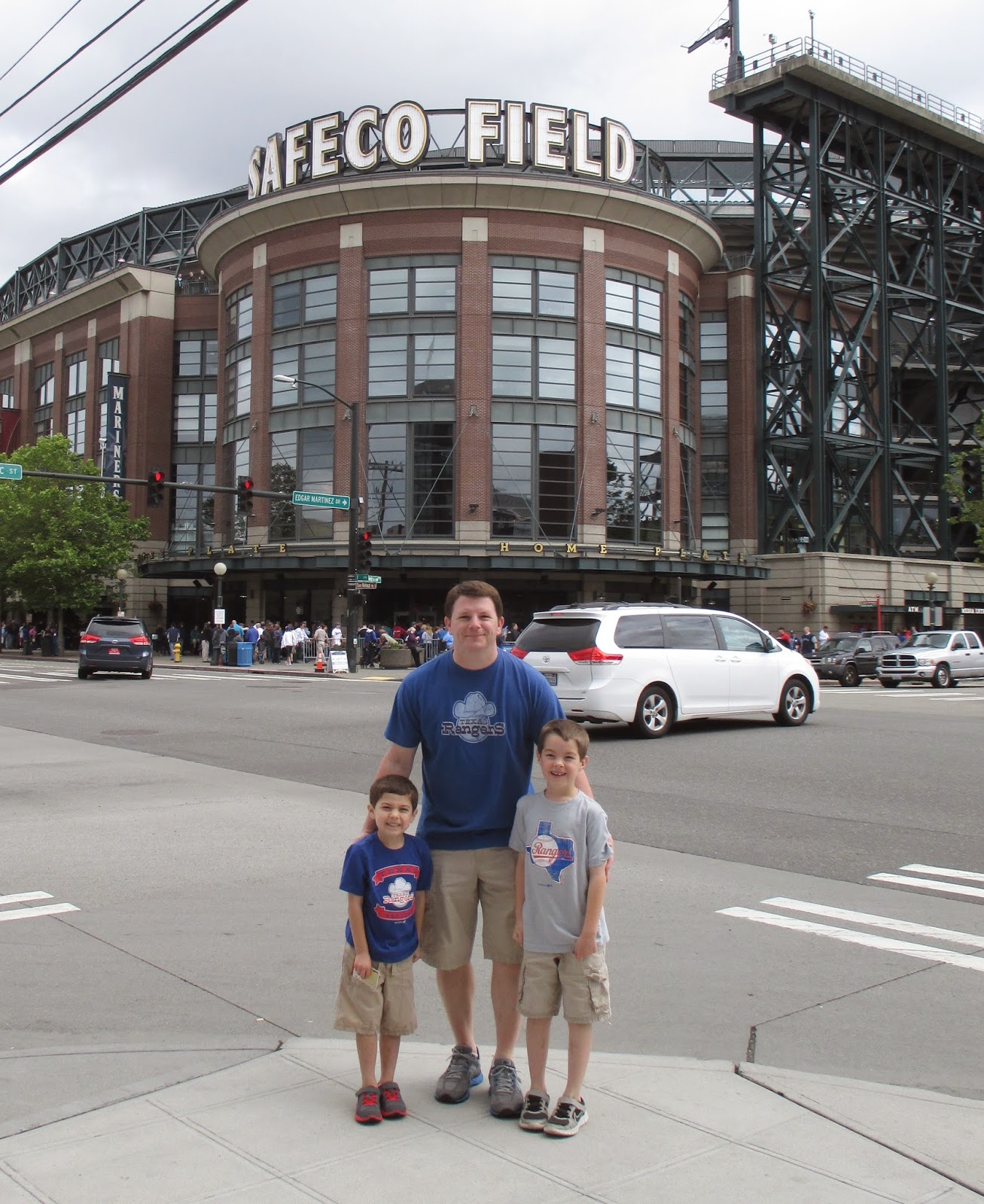 Let's Go Rangers!
We carried these foam fingers all the way from Texas and they survived the road trip. 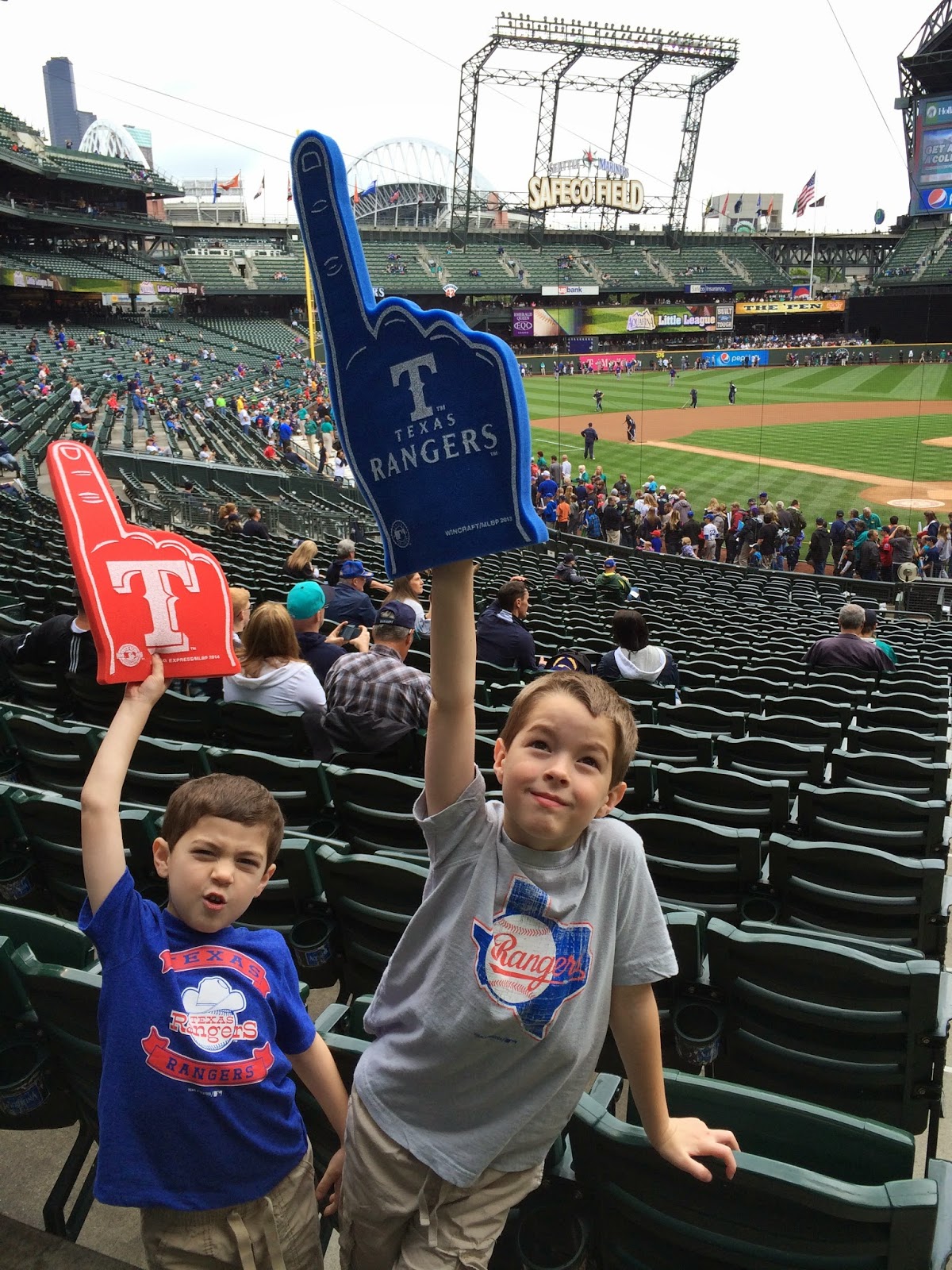 View of Safeco Field before the game started. 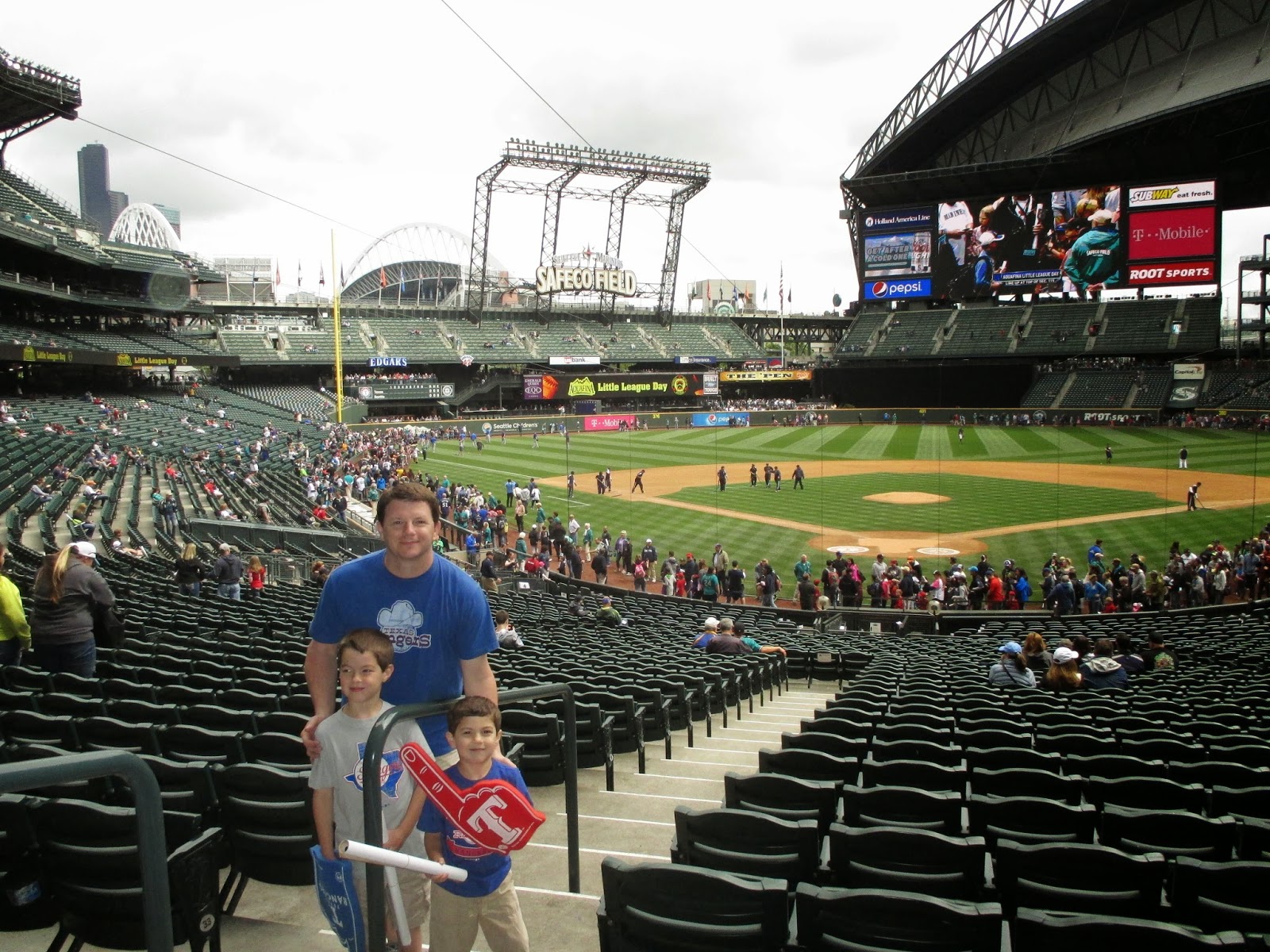 Family photo that was taken by a nice Mariners fan. 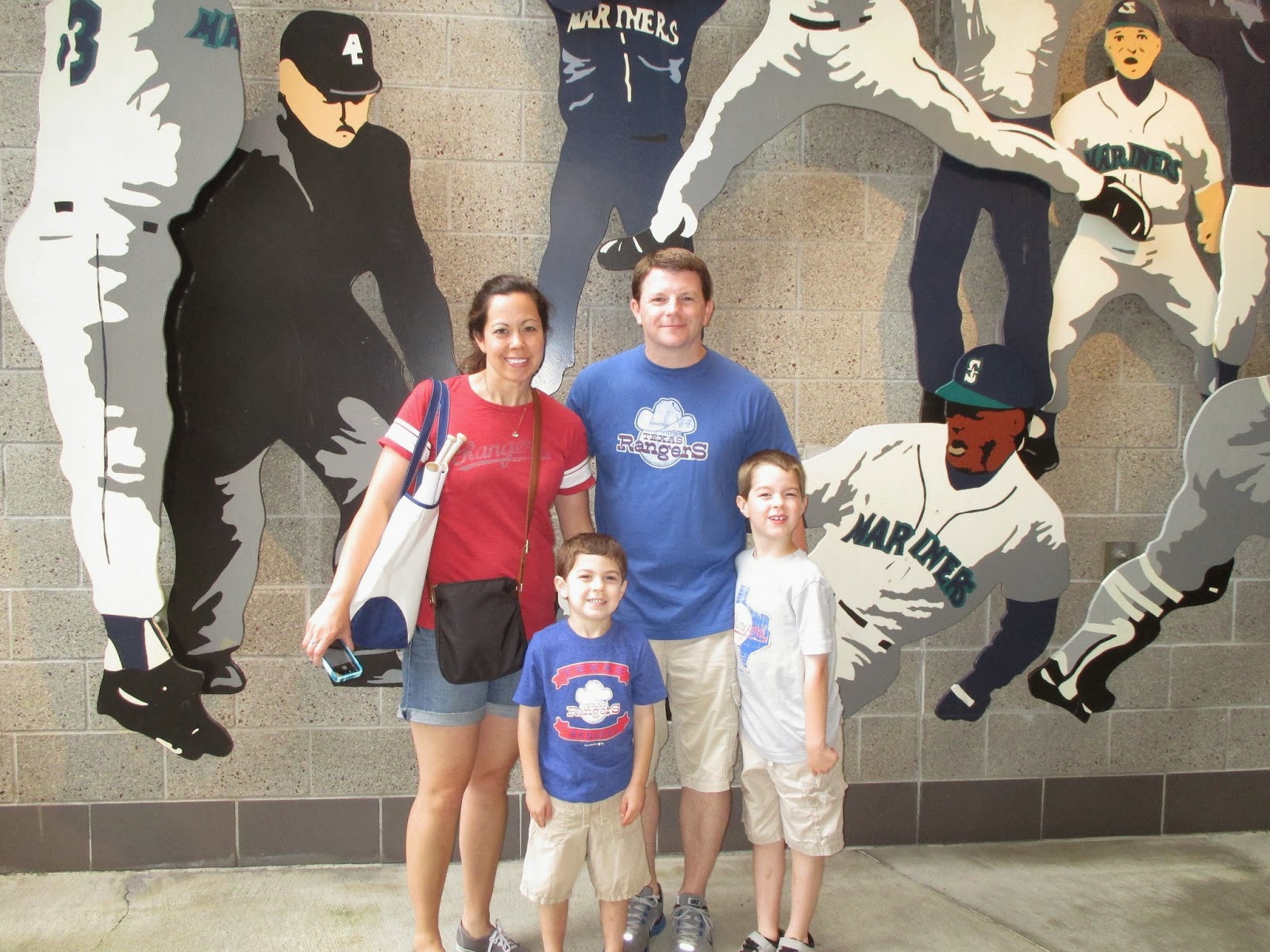 Mark and the boys 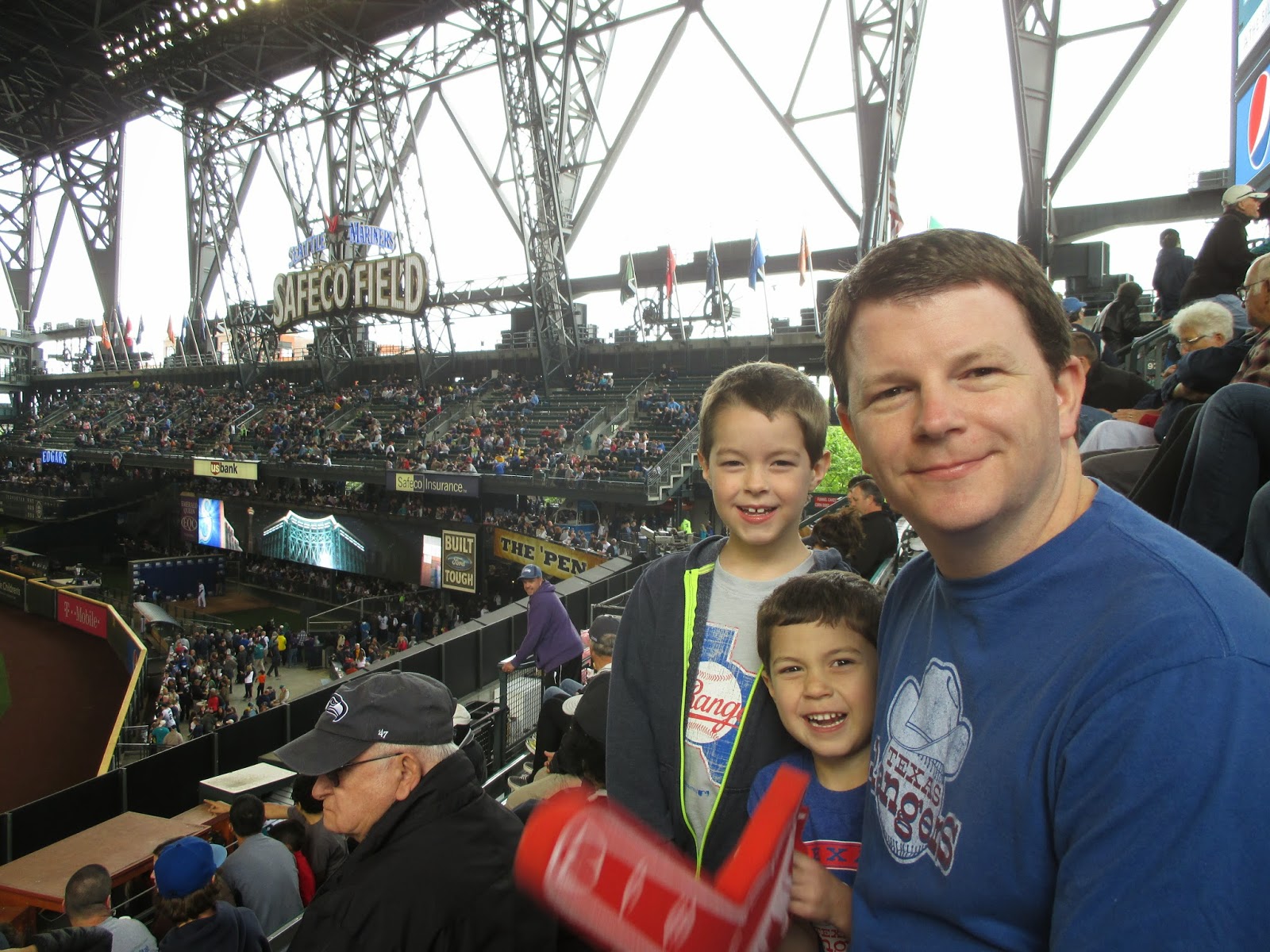 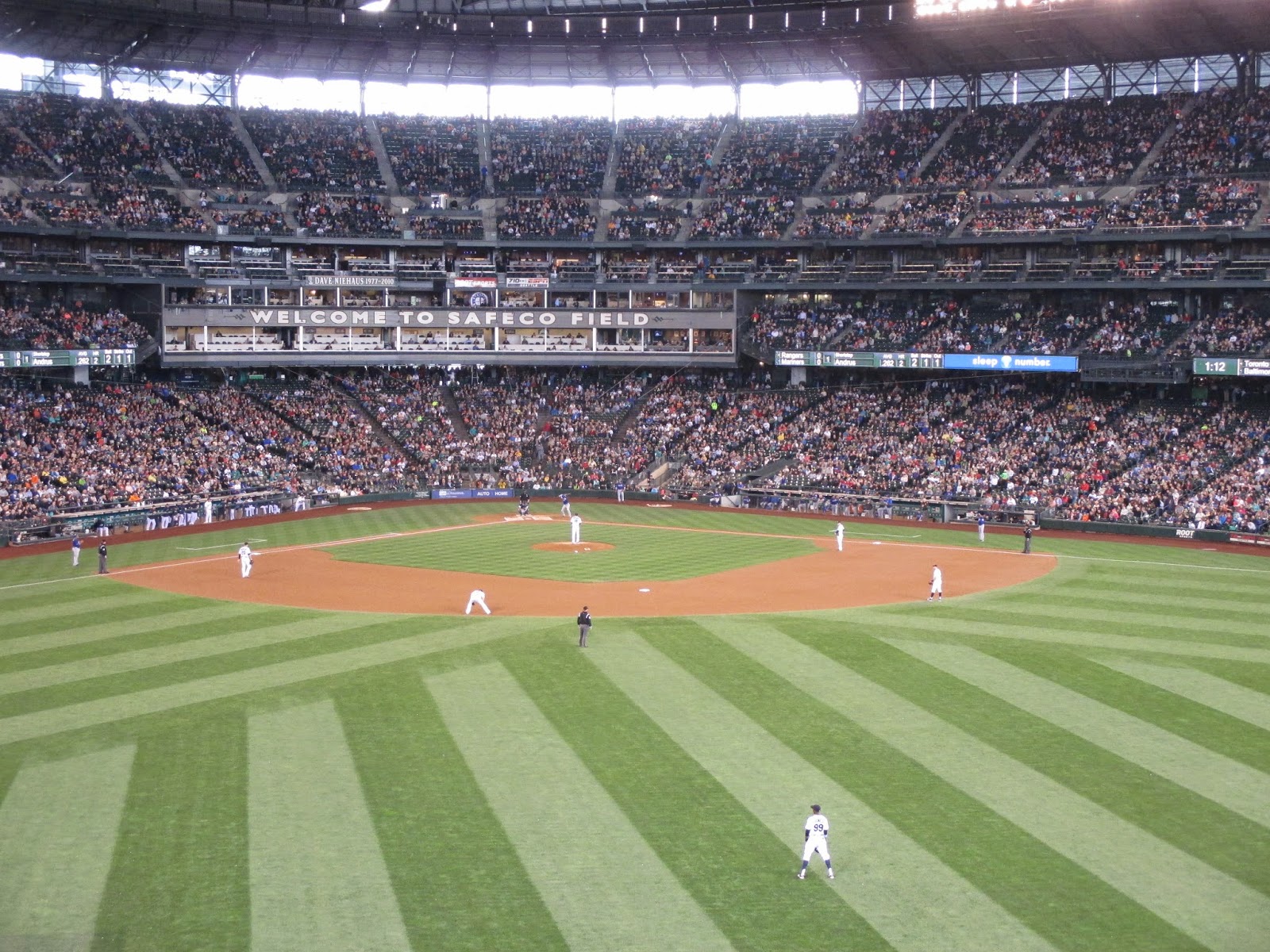 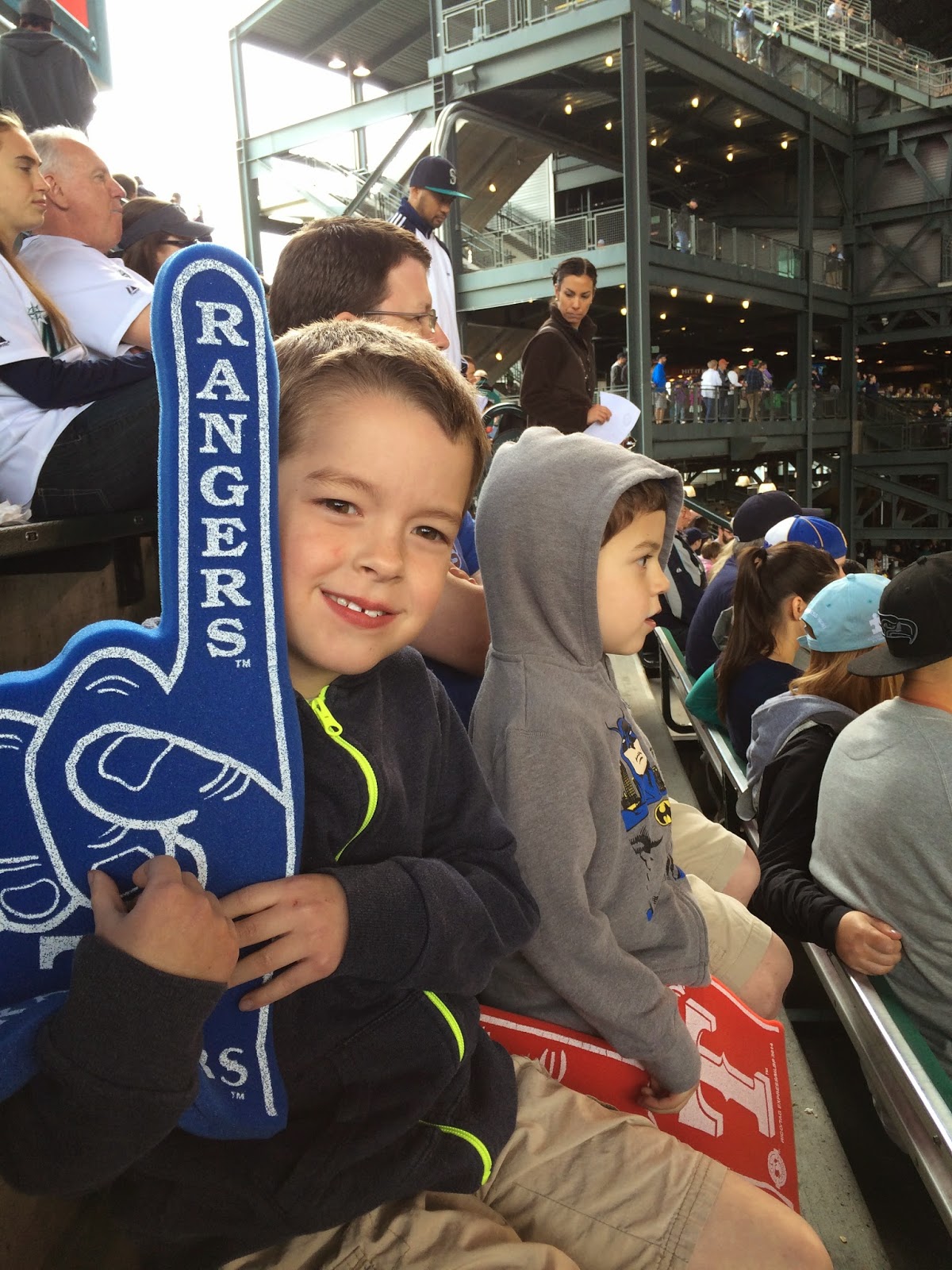 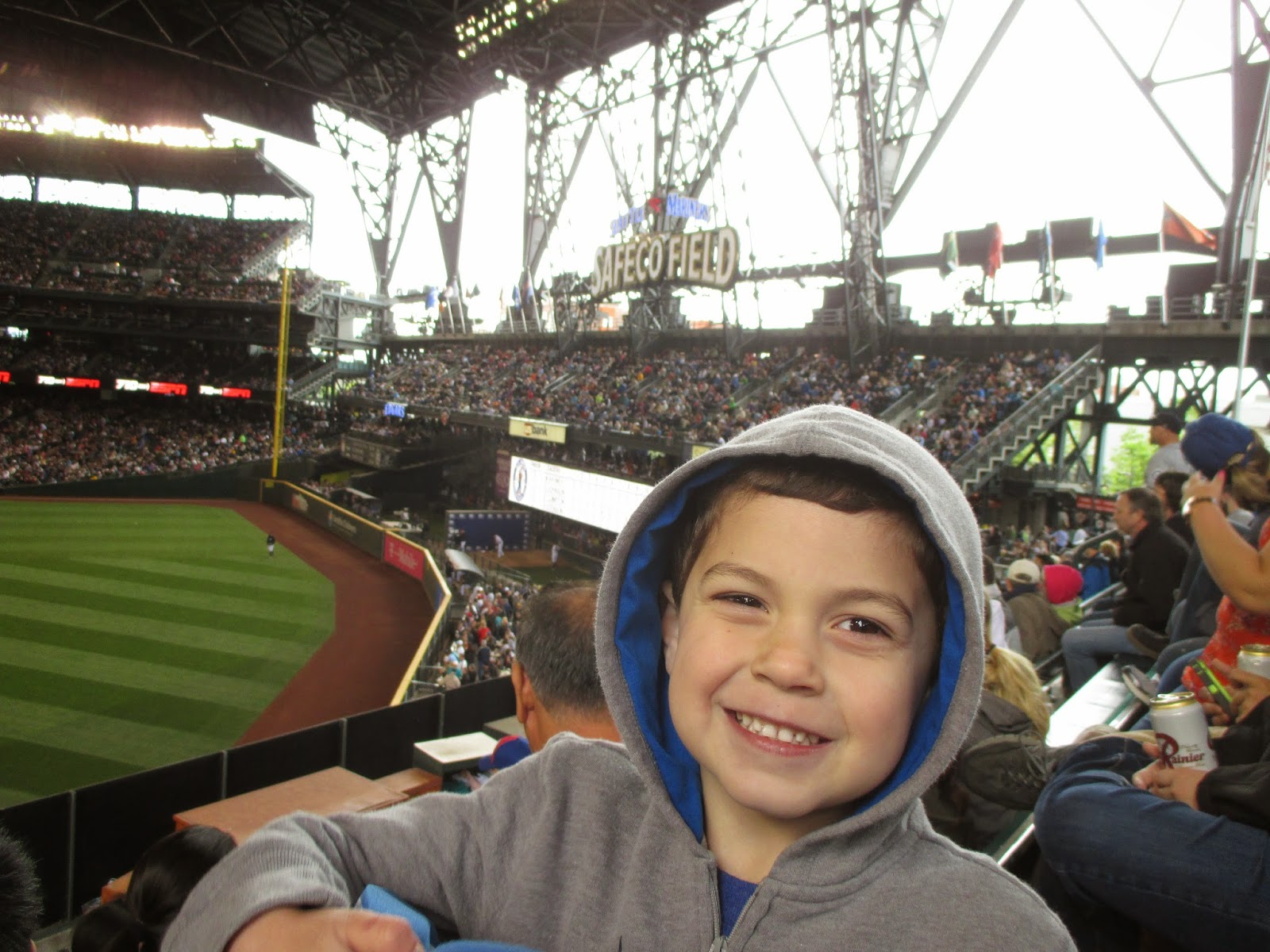 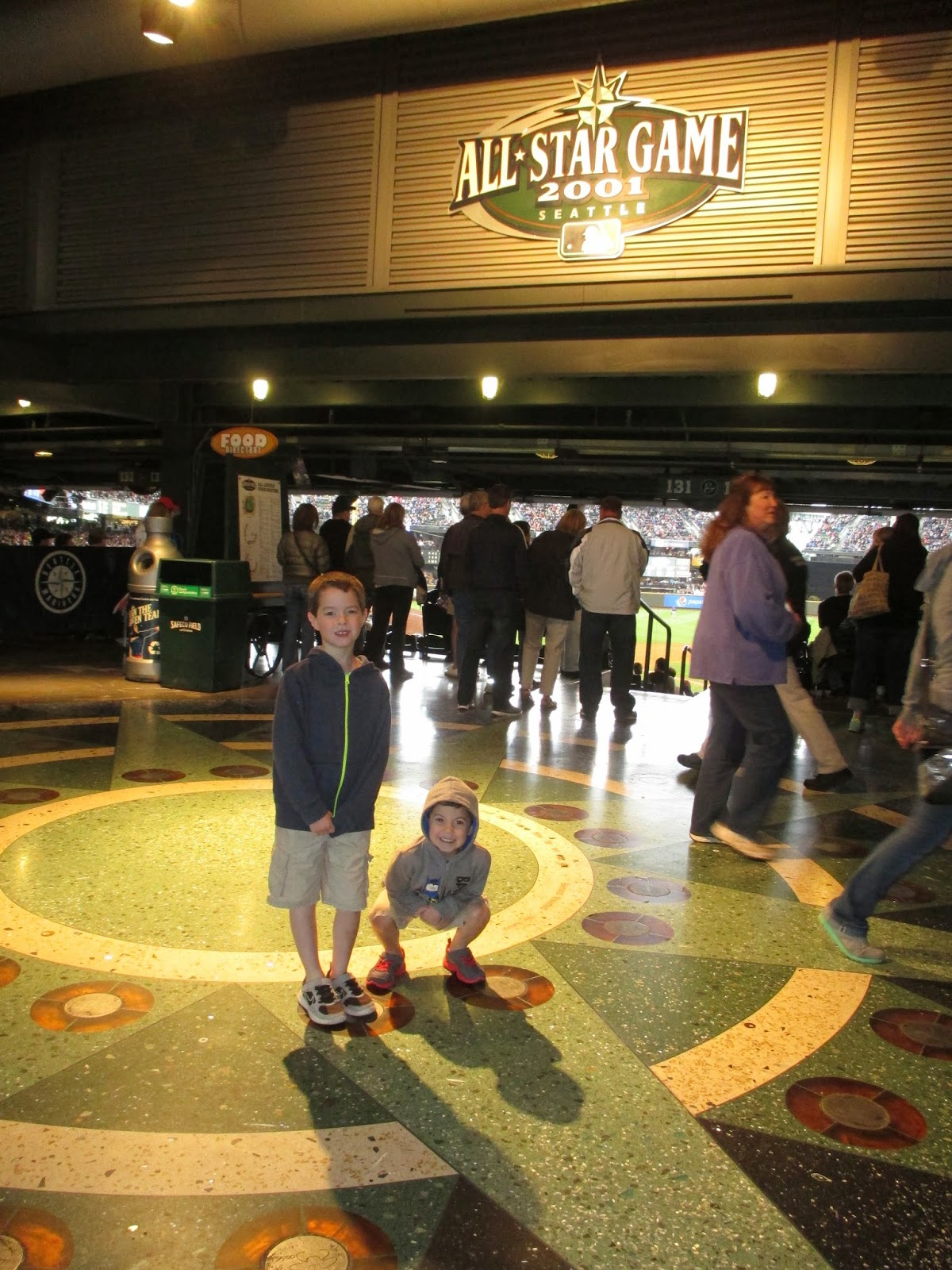 I would be leaving out a big part of the day if I didn't include how cold it was at the ballgame.  It was in the mid-60s and breezy.  You can see in the background of the photo above that people were wearing jeans and jackets.  We had dressed like we were going to a baseball game in Texas in June.  I'm used to sweating and being miserably hot.  I had no idea I should have worn jeans.  Thank goodness I packed hoodies for the boys, which helped a little even though they were wearing shorts.  I couldn't get over how crazy cold it was.  We should have bundled up for the game!  Other than that, we had a good time.

Just a few photos from the road after we left the Rangers game.  That was our last day in Seattle and we were heading to Oregon.  We made it all the way to Roseburg and the next morning drove to Crater Lake National Park. 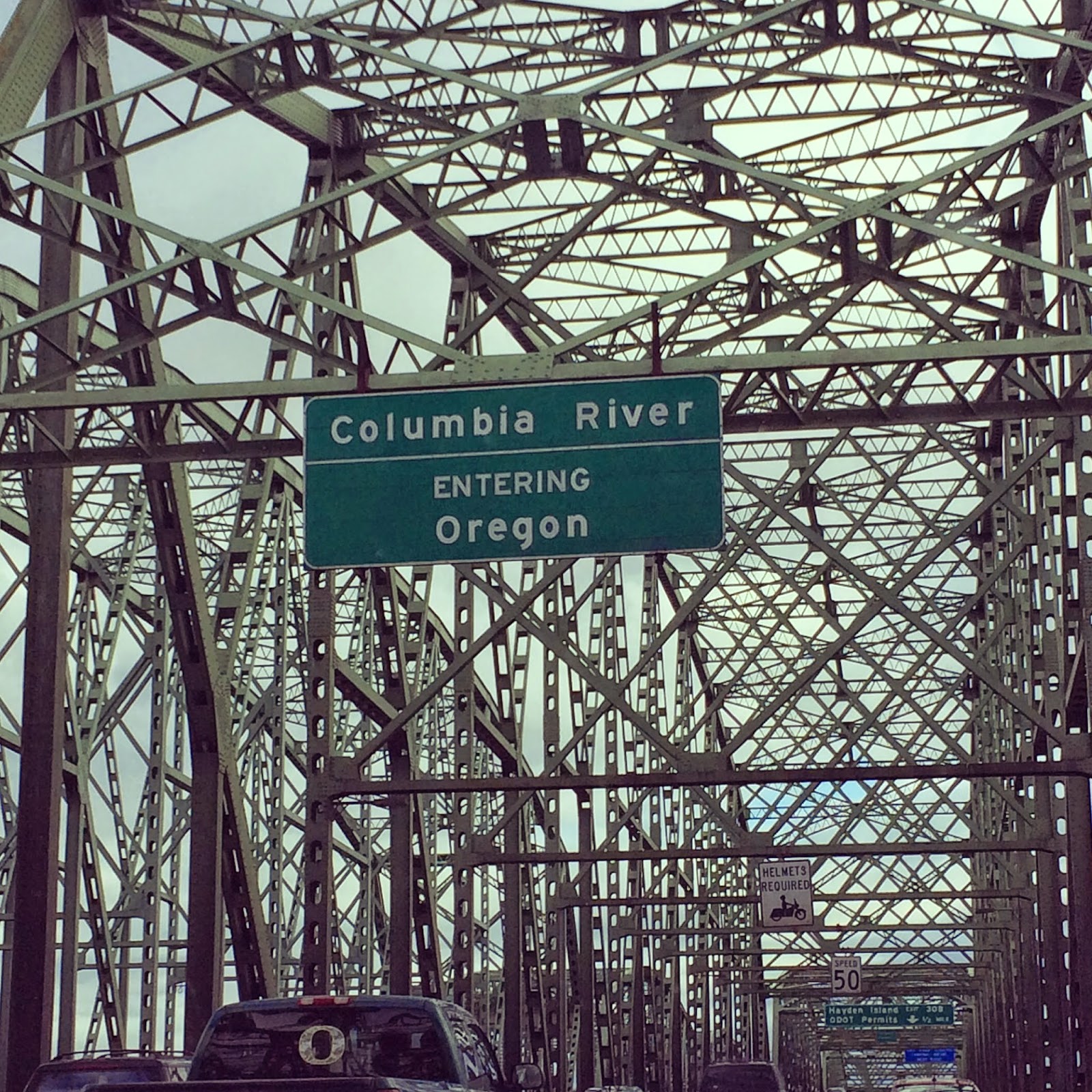 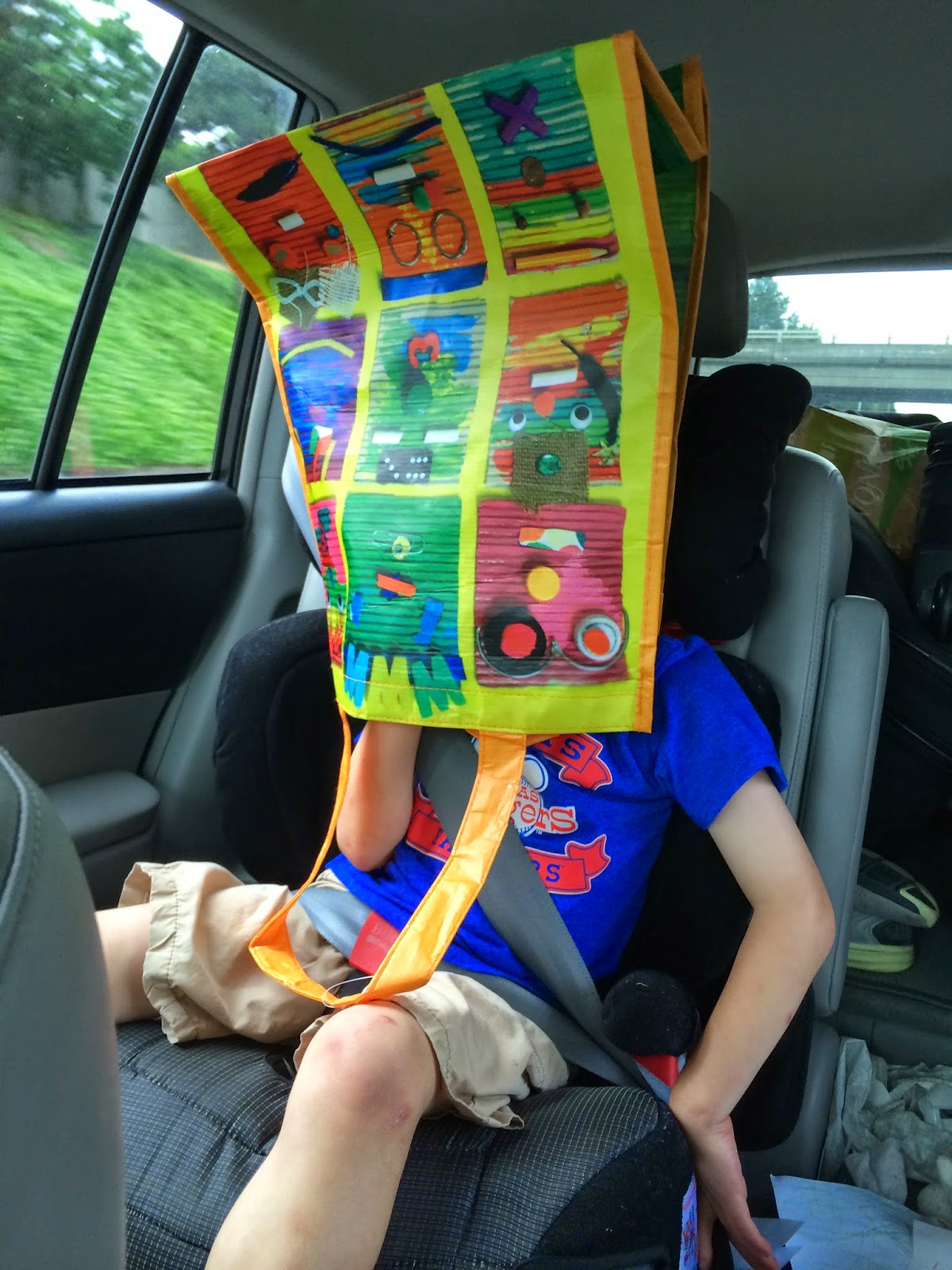 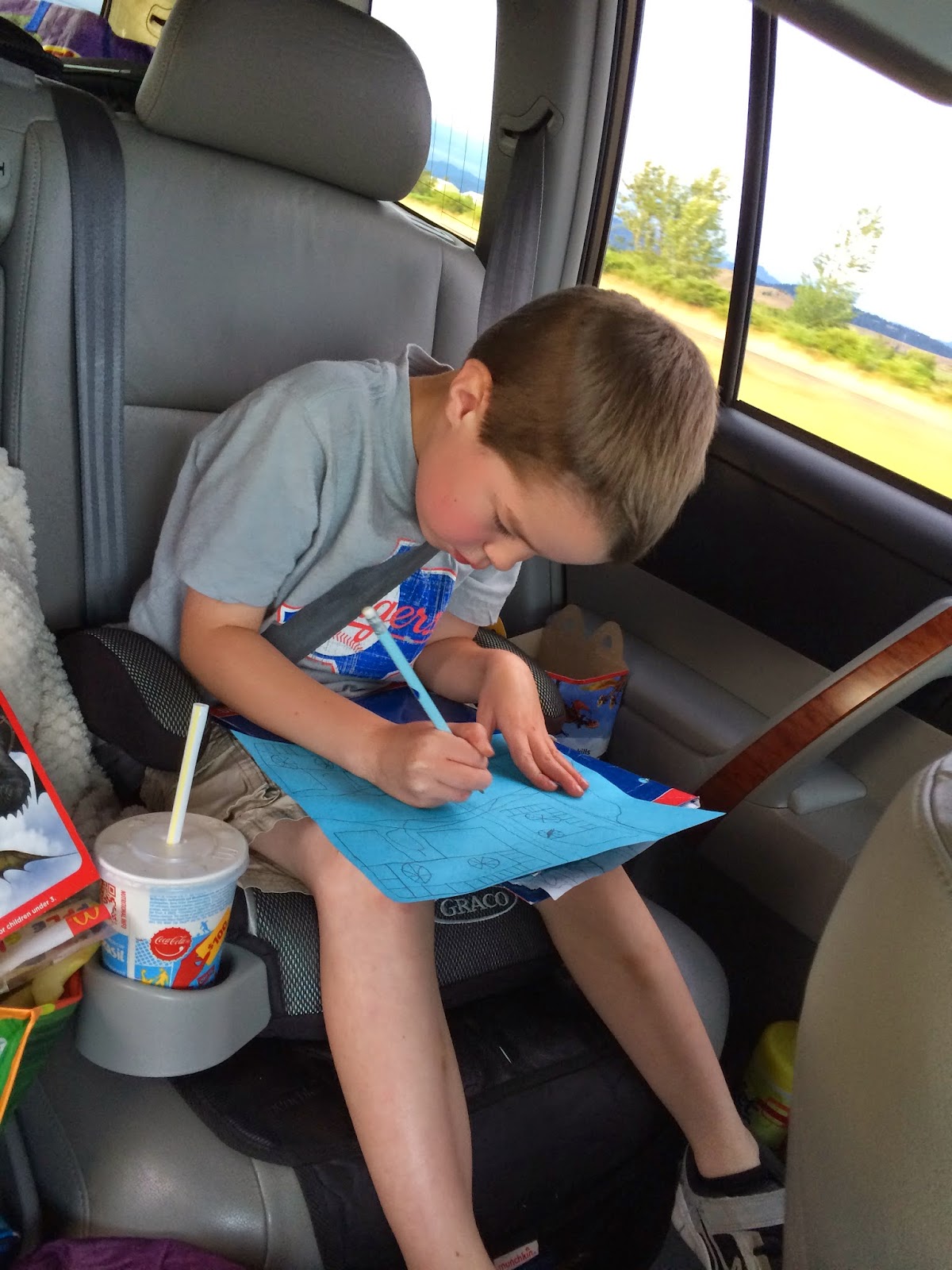 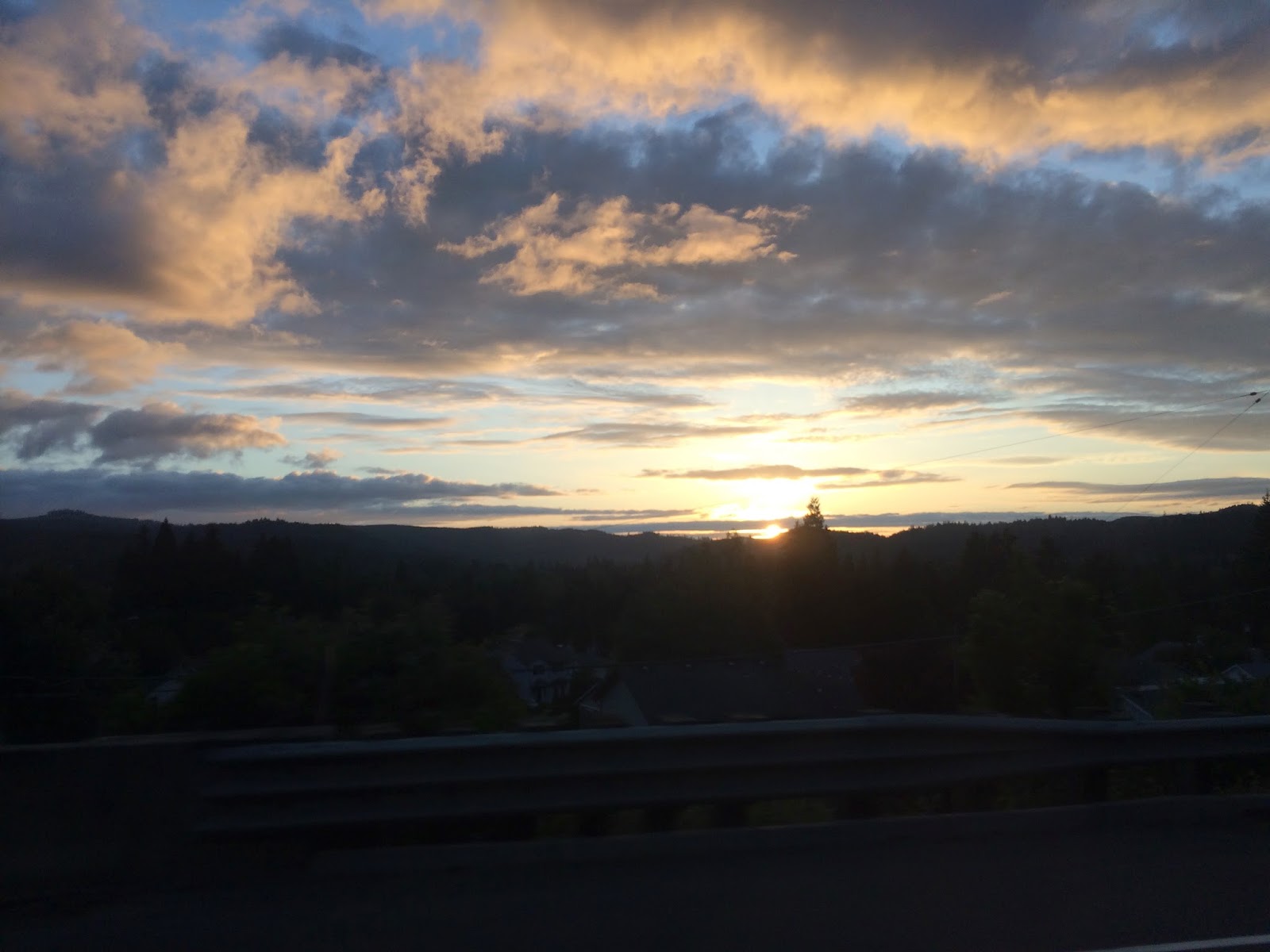