When I shared our adventure at Muir Woods {here}, I told you how June 18th was a day filled with big events.  As soon as we left Muir Woods we headed to Oakland.  We were going to see our Texas Rangers play the Oakland Athletics.  This was our second game on the Rangers West Coast Road Trip.  We'd already seen them play the Mariners {here}.

Oakland was our least favorite game of all that we attended.  O.co Coliseum is used for football and baseball, so it doesn't have a traditional ballpark feel like so many of the baseball venues we've been to in the past.  It was hot; really hot compared to Seattle (read the post about that game and you'll understand what I mean).  We were burning up, and that didn't help the experience.  The boys were troopers, but when we told them we were ready to go, they were all for it.  We didn't stay for the entire game and it wasn't like we missed anything because the Rangers ended up losing.  Now we can mark O.co in Oakland off the list of MLB ballparks so that's a neat thing for Mark and the boys.   Even if it wasn't our favorite ballpark, it was still a cool memory to see the Rangers on the road and visit a new stadium. 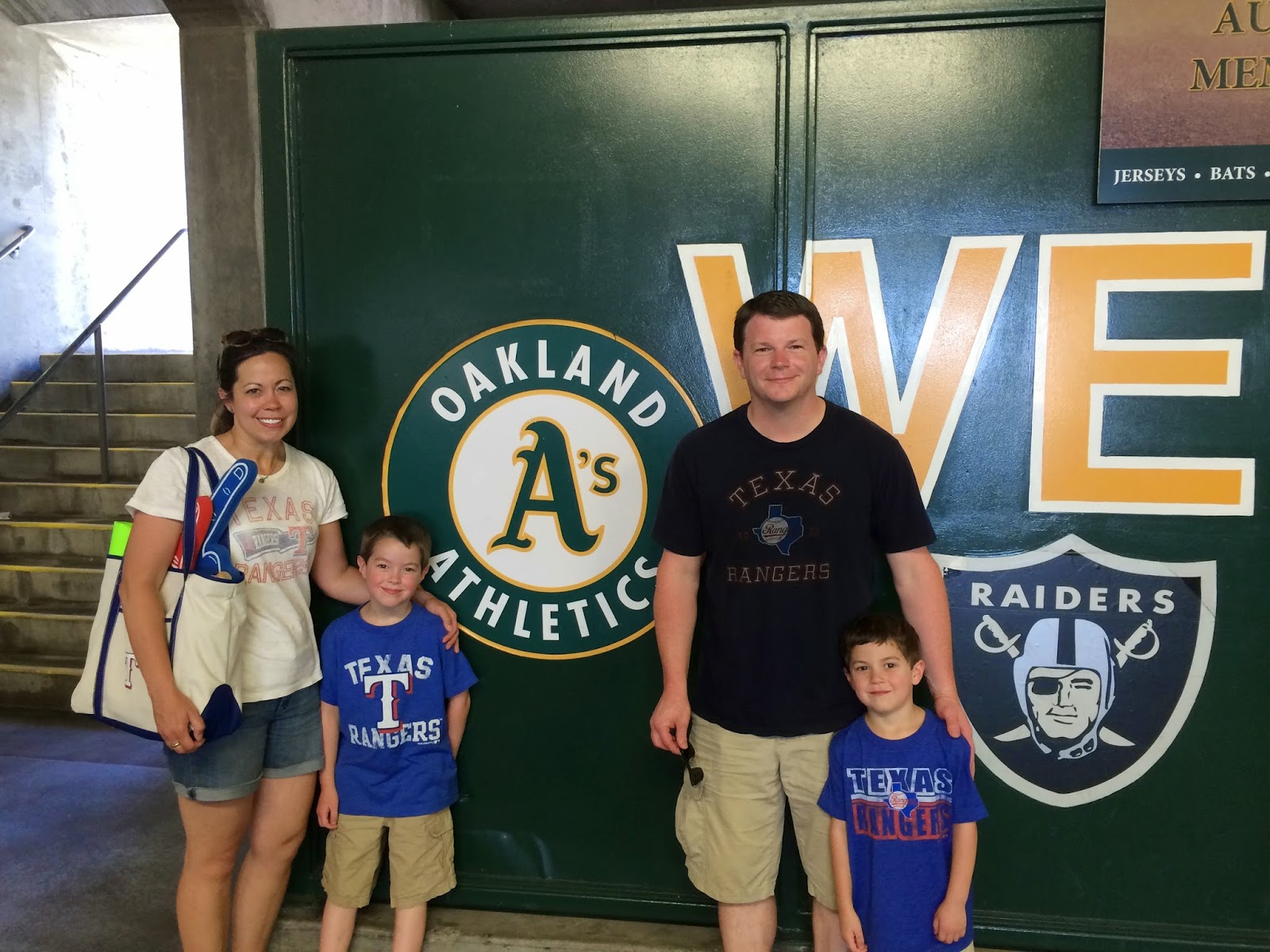 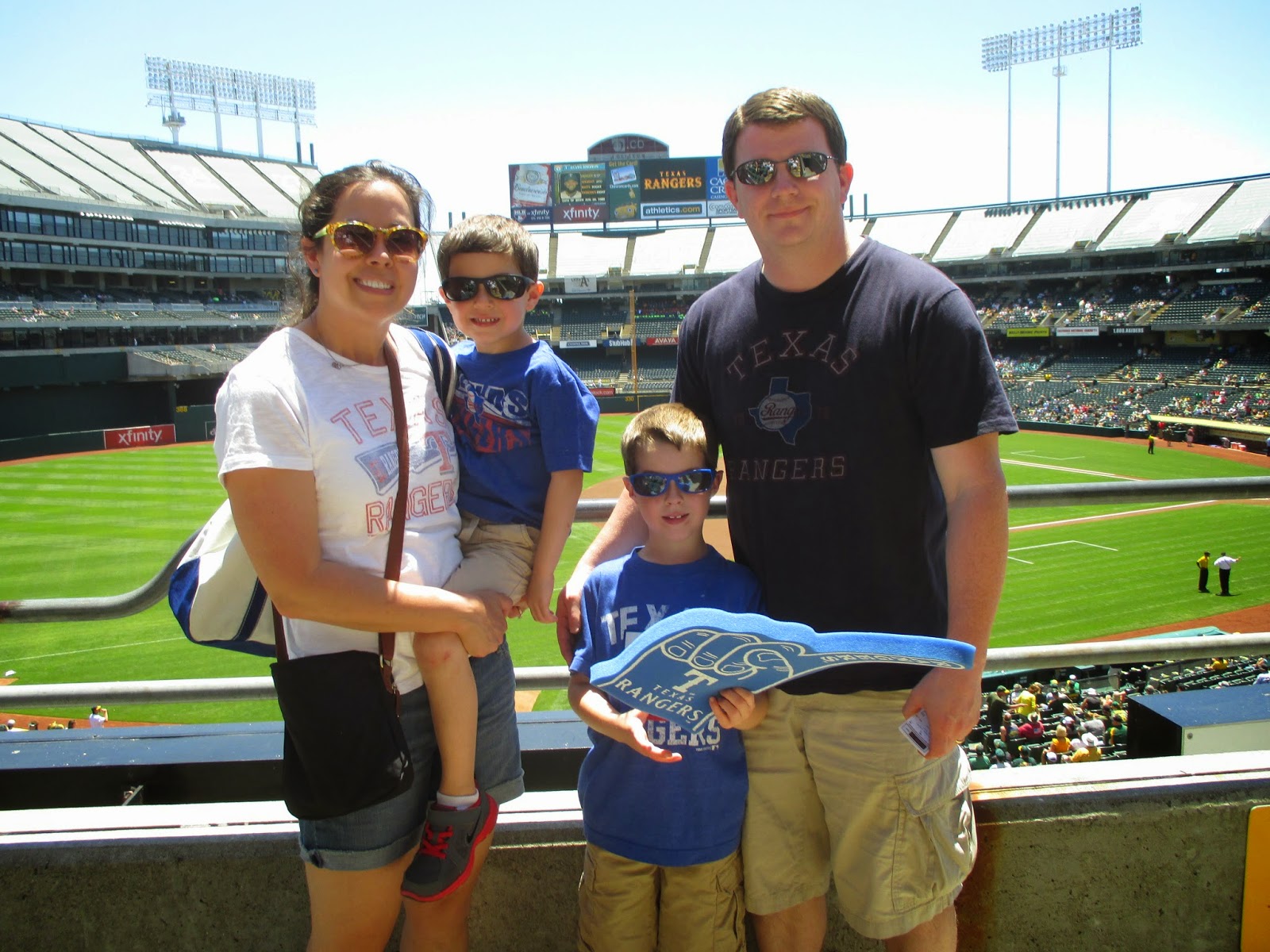 Father and Sons
Maybe one day we'll continue this tradition and it will be 3 generations visiting ballparks around the country. 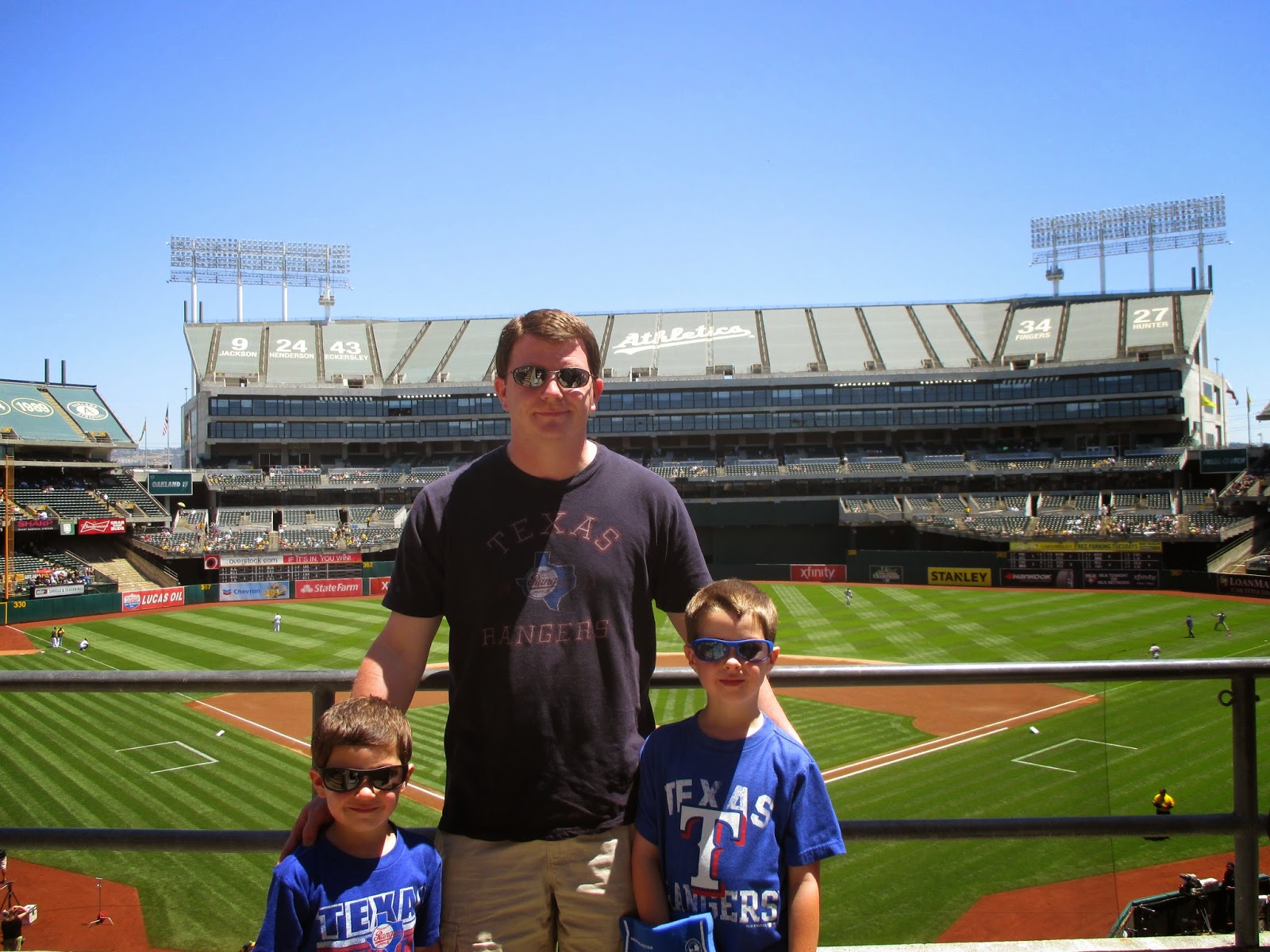 Another view of O.co 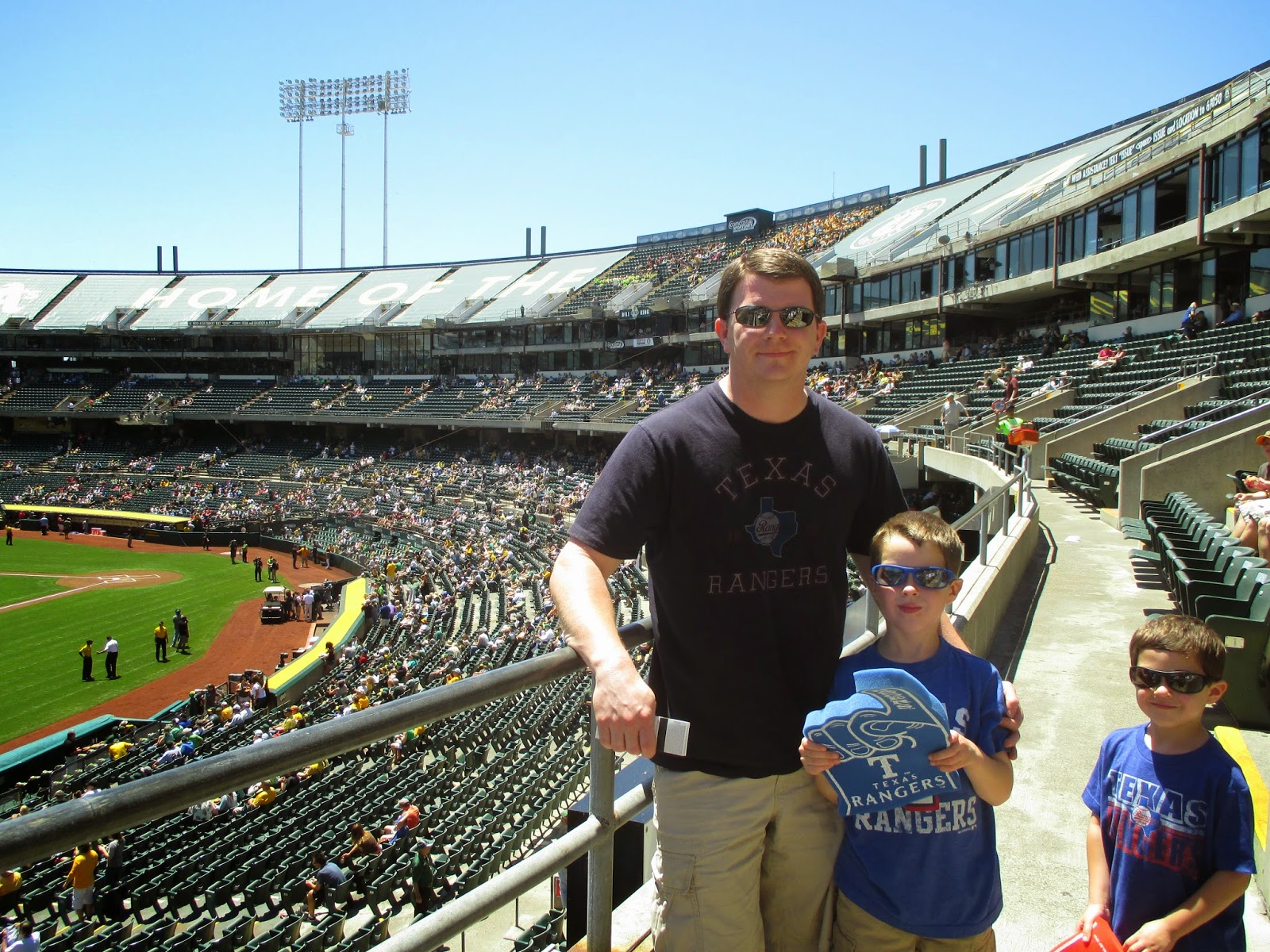 Ben with his foam finger that made it the entire road trip.
Let's go Rangers! 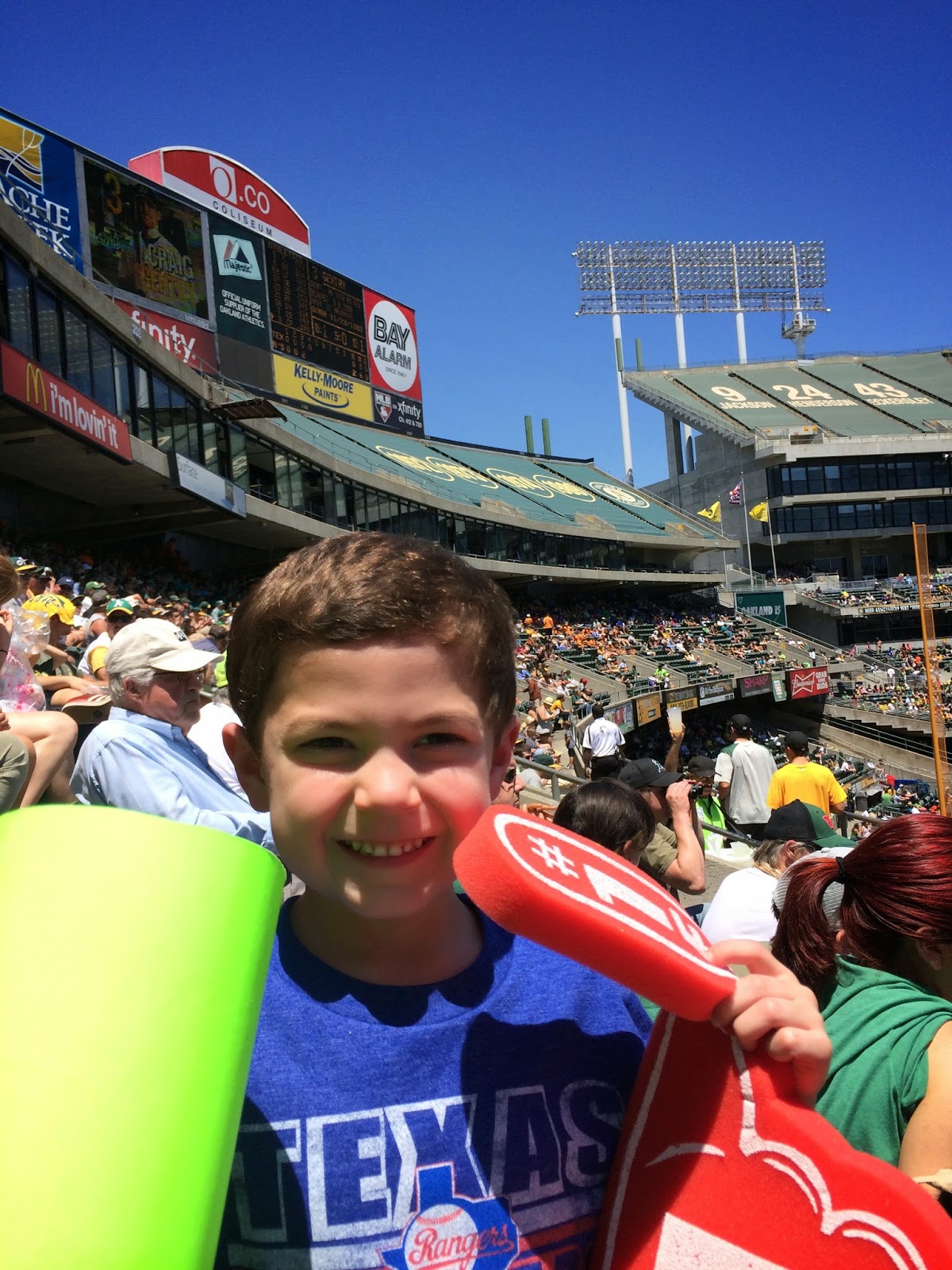 Will and his foam finger.  Cheering on the Rangers! 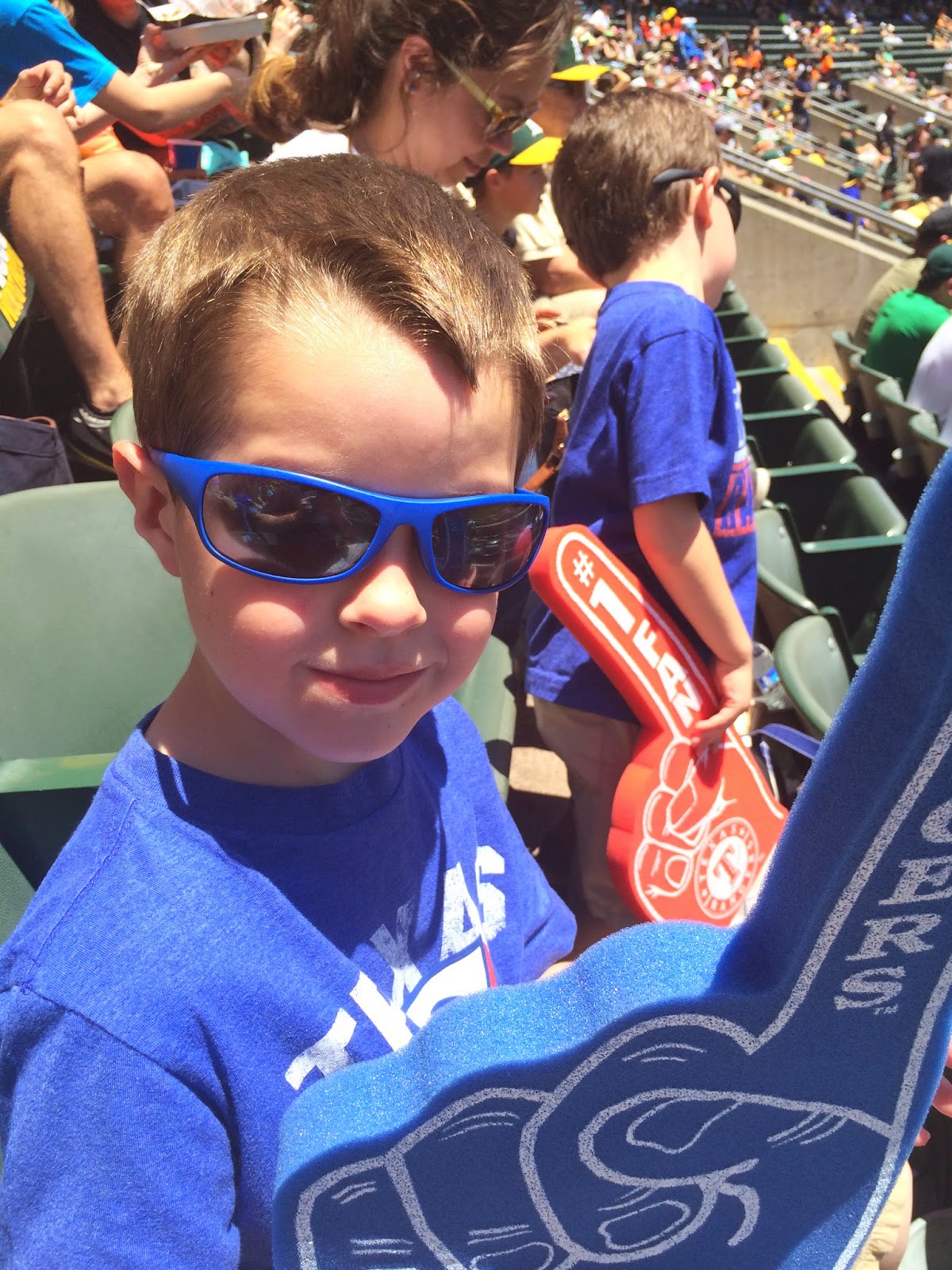 The last photo was really the first.  We talked to some really nice A's fans in the parking lot, and they took a family photo for us.  At every game we attended we met people from Texas.  They spotted our Rangers clothing, of course, and then we struck up a conversation about our great state.  That's one of the fun things about traveling, talking to lots of interesting people. 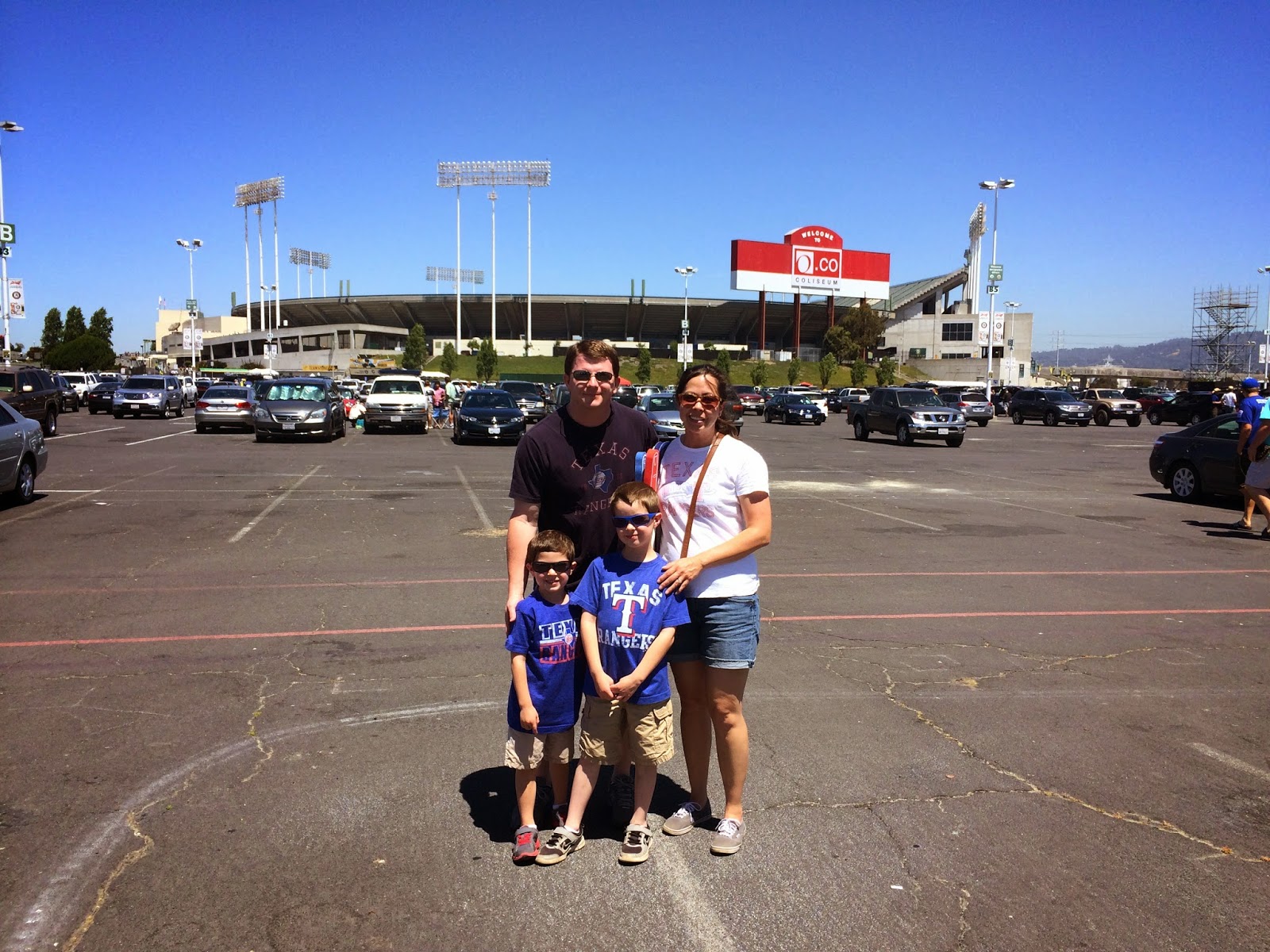 MLB Ballpark count for Ben after this game:
Rangers, Cardinals, Reds, Cubs, Orioles, Mariners, A's
Posted by Michele at 9:12 AM