The final stop on our road trip was Petrified Forest National Park in Arizona on June 23rd.  As we drove home on I-40 we passed by the exit for the Grand Canyon, but we didn't stop.  It took a lot of focus to pass it by, but we just didn't have time to see such a large National Park.  Instead of stopping there, we stopped at Petrified Forest National Park that was located off of I-40 further east.  We wanted to go to the Grand Canyon, but that was going to be somewhere we wanted to spend a lot more time at than we had.  It was the end of our road trip, and we had to be home because Vacation Bible School was coming up the following week.  Petrified Forest was the perfect detour.  It was much smaller in comparison.  We didn't do any major hikes, and we mostly stayed in the car and viewed it from the road.  It's similar to how we saw Joshua Tree National Park.  As always, I'm surprised by something in the park.  I didn't know that the Painted Desert was such a beautiful place.  Of course, the petrified wood is the main focus, but the surrounding desert landscape is breathtaking. 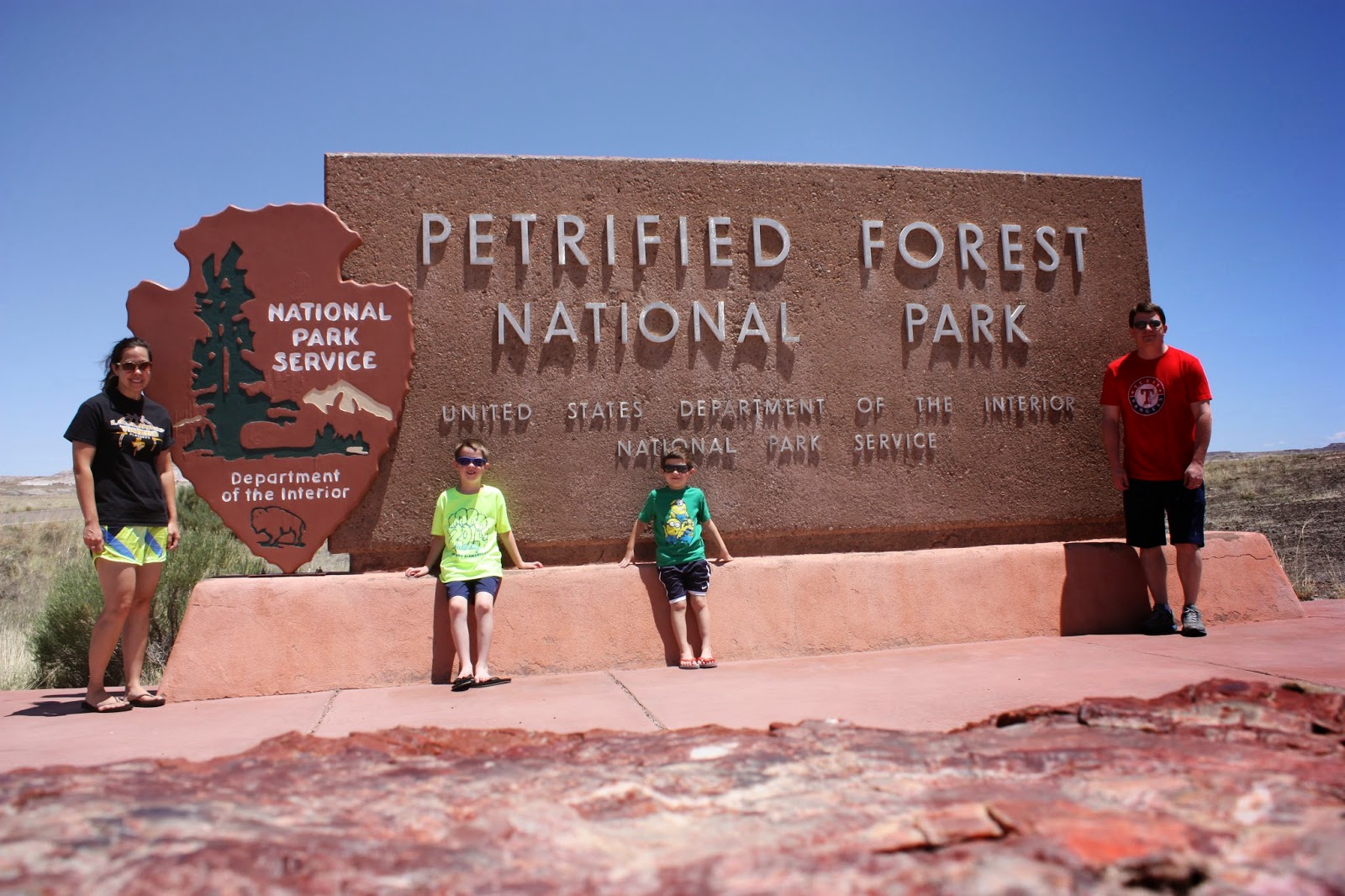 Checking out the dinosaur exhibits at the visitor center after they got their passports stamped.  Ben and Will would have stayed longer, but we just didn't have the time. 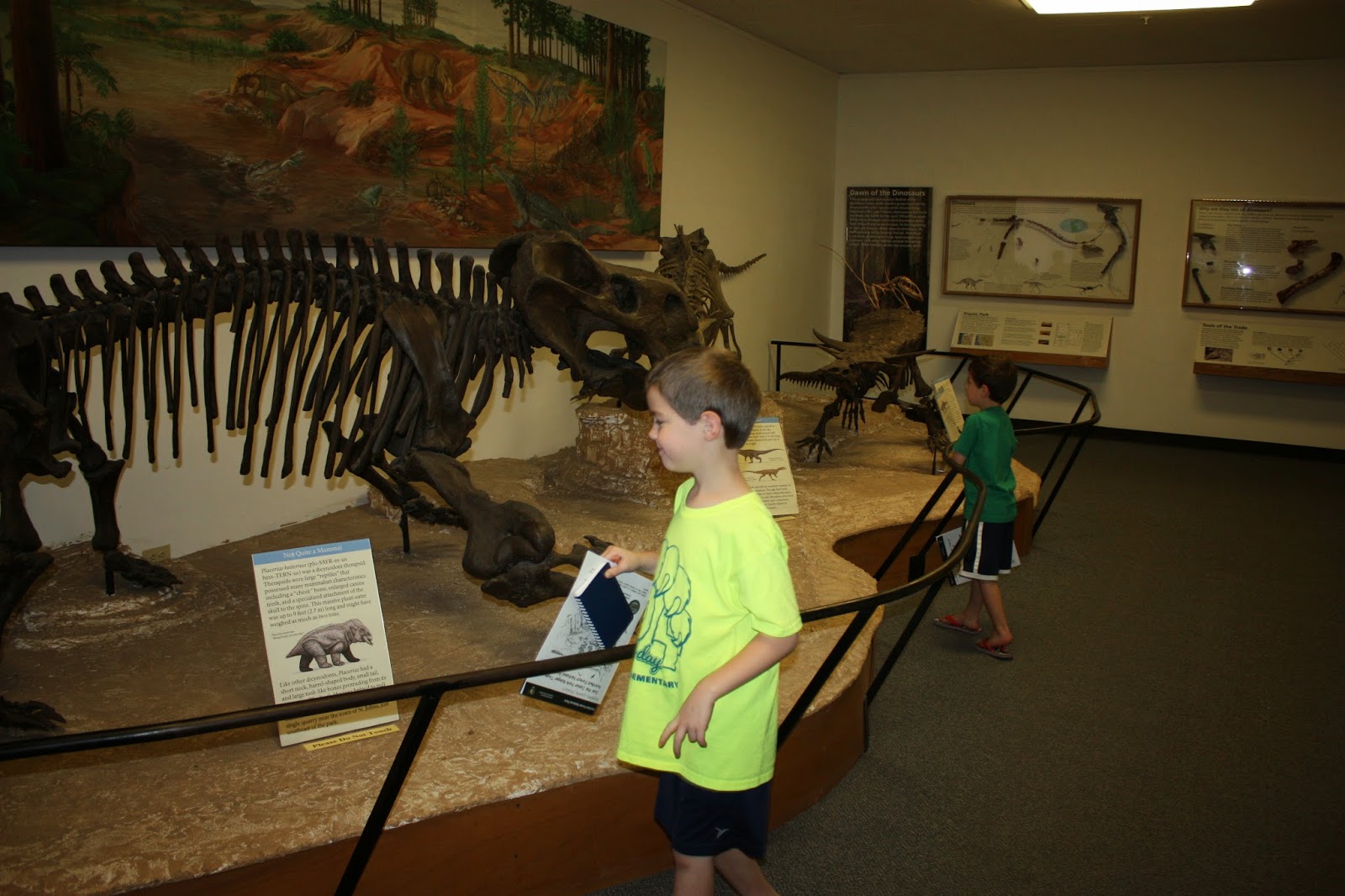 Taking a short hike outside of the visitor center to see the petrified wood. 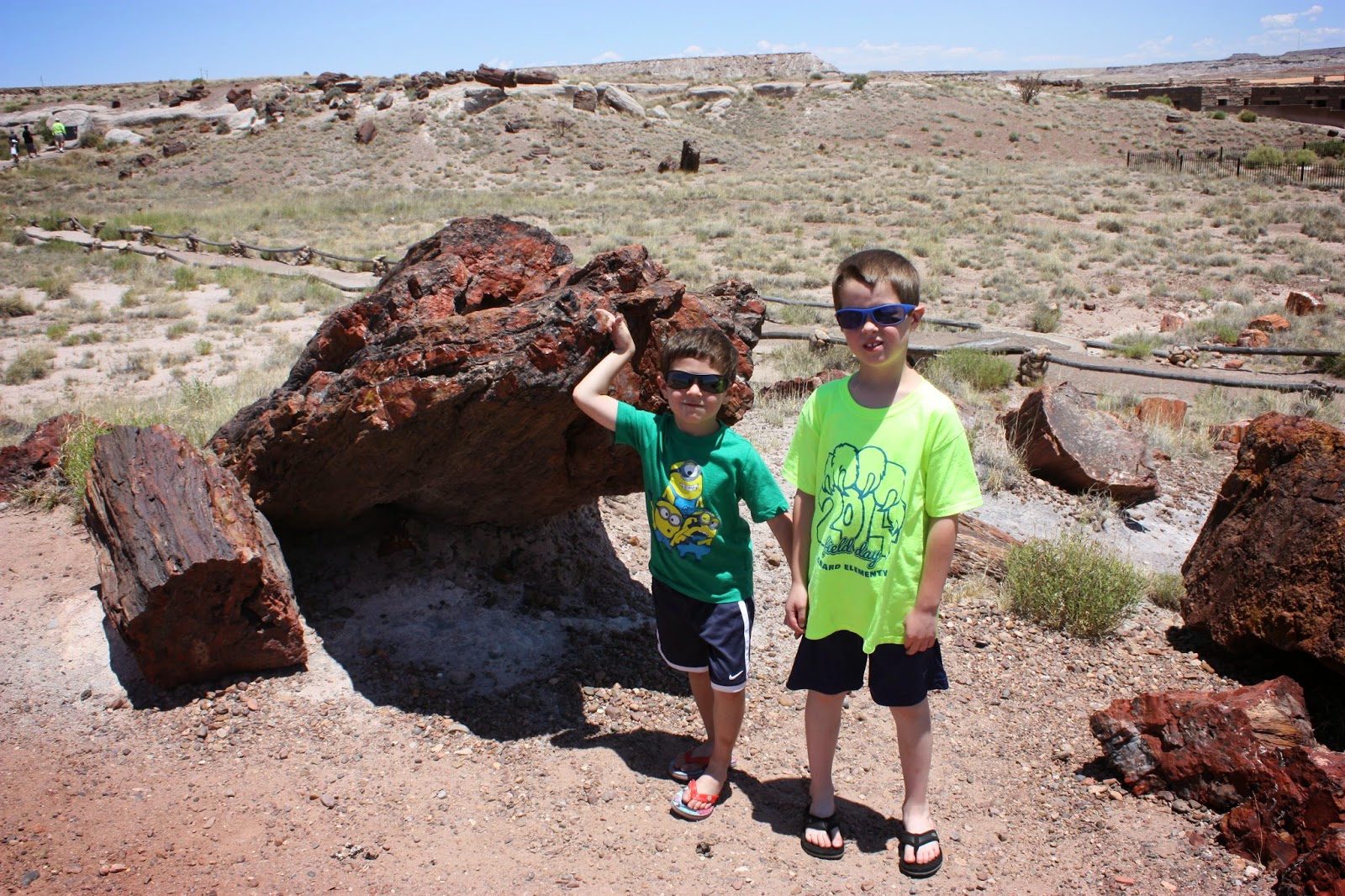 They look so small in comparison. 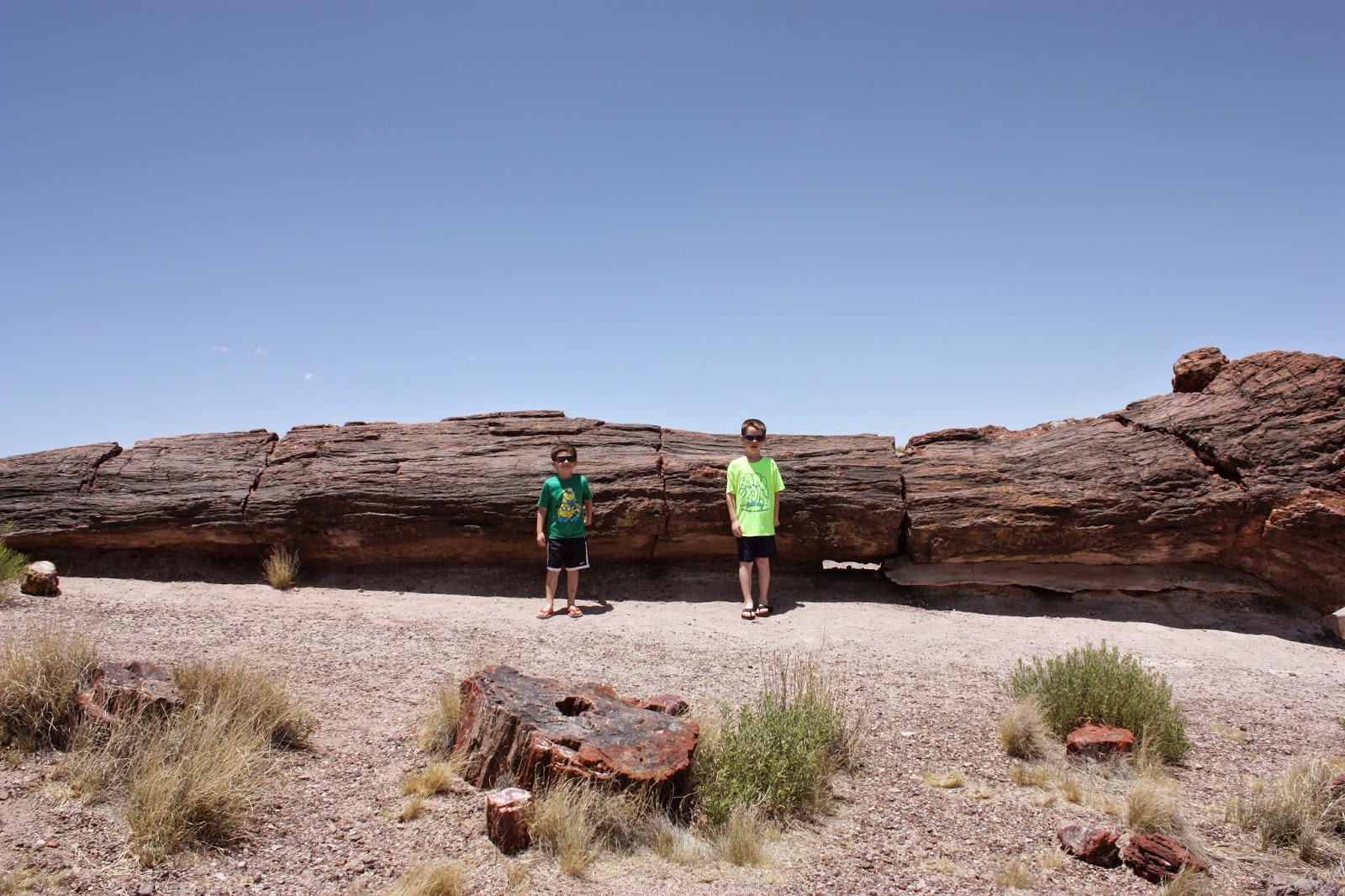 I think they are tired 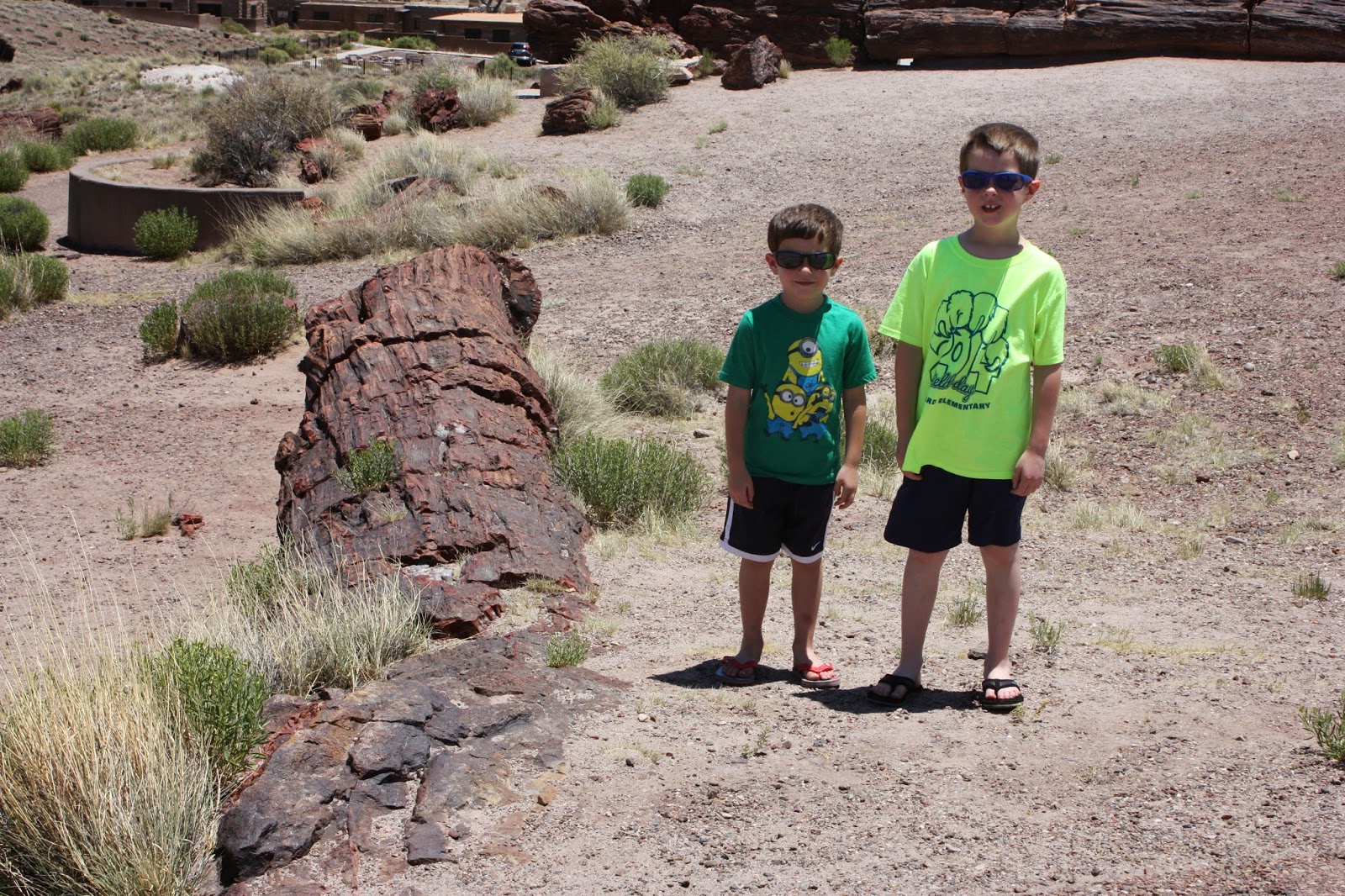 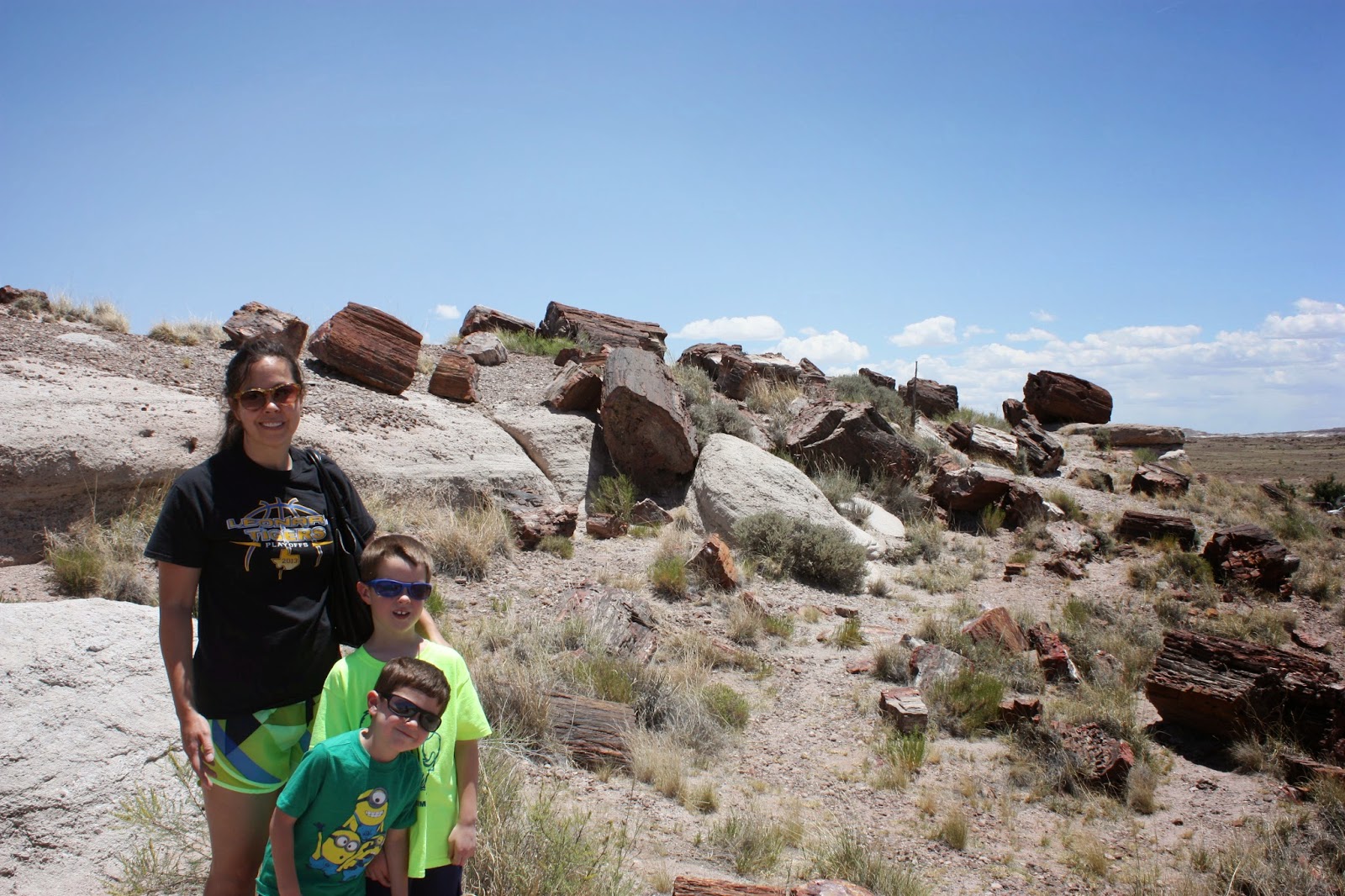 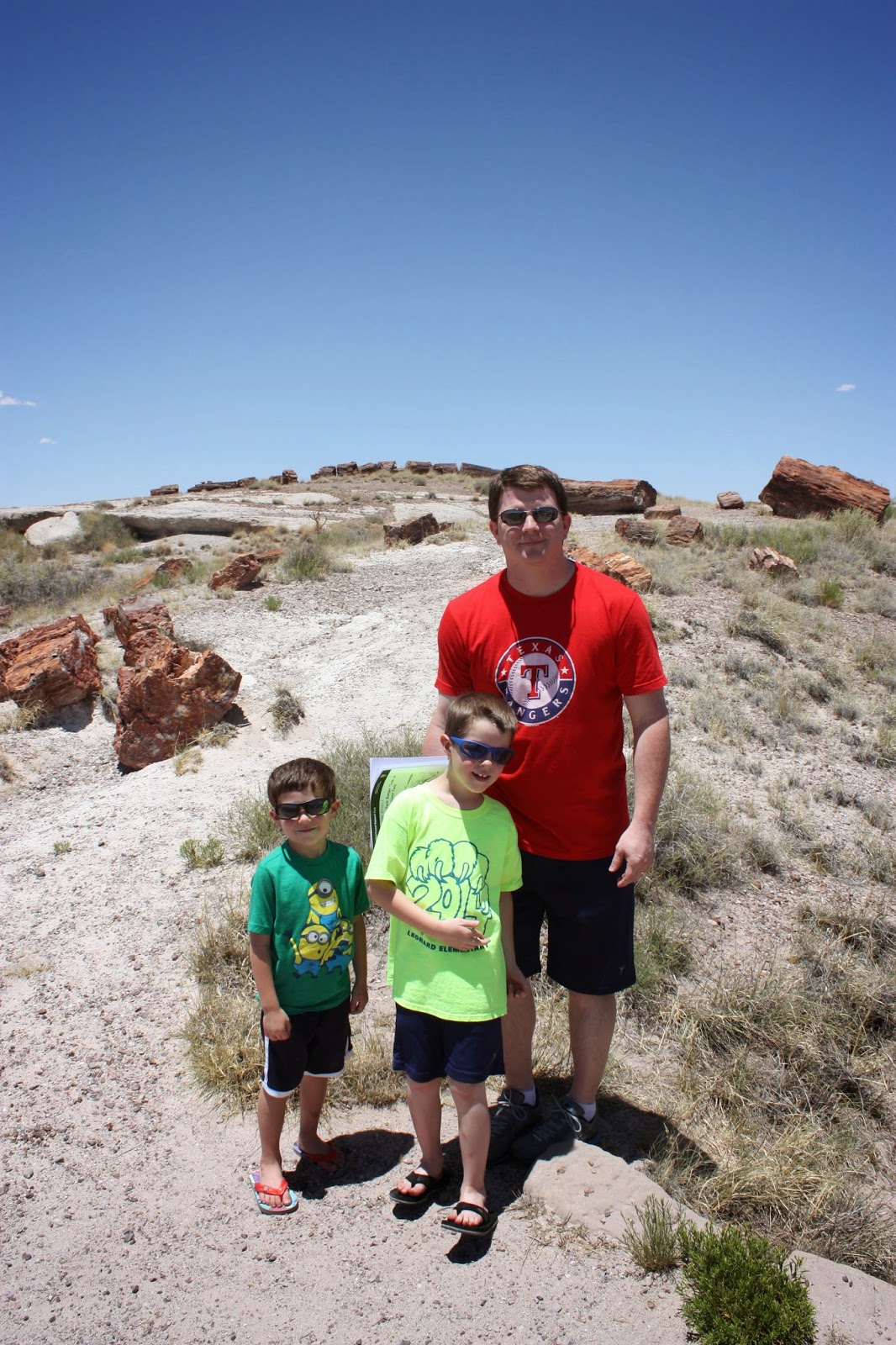 One of the views from the road as we drove through the park. 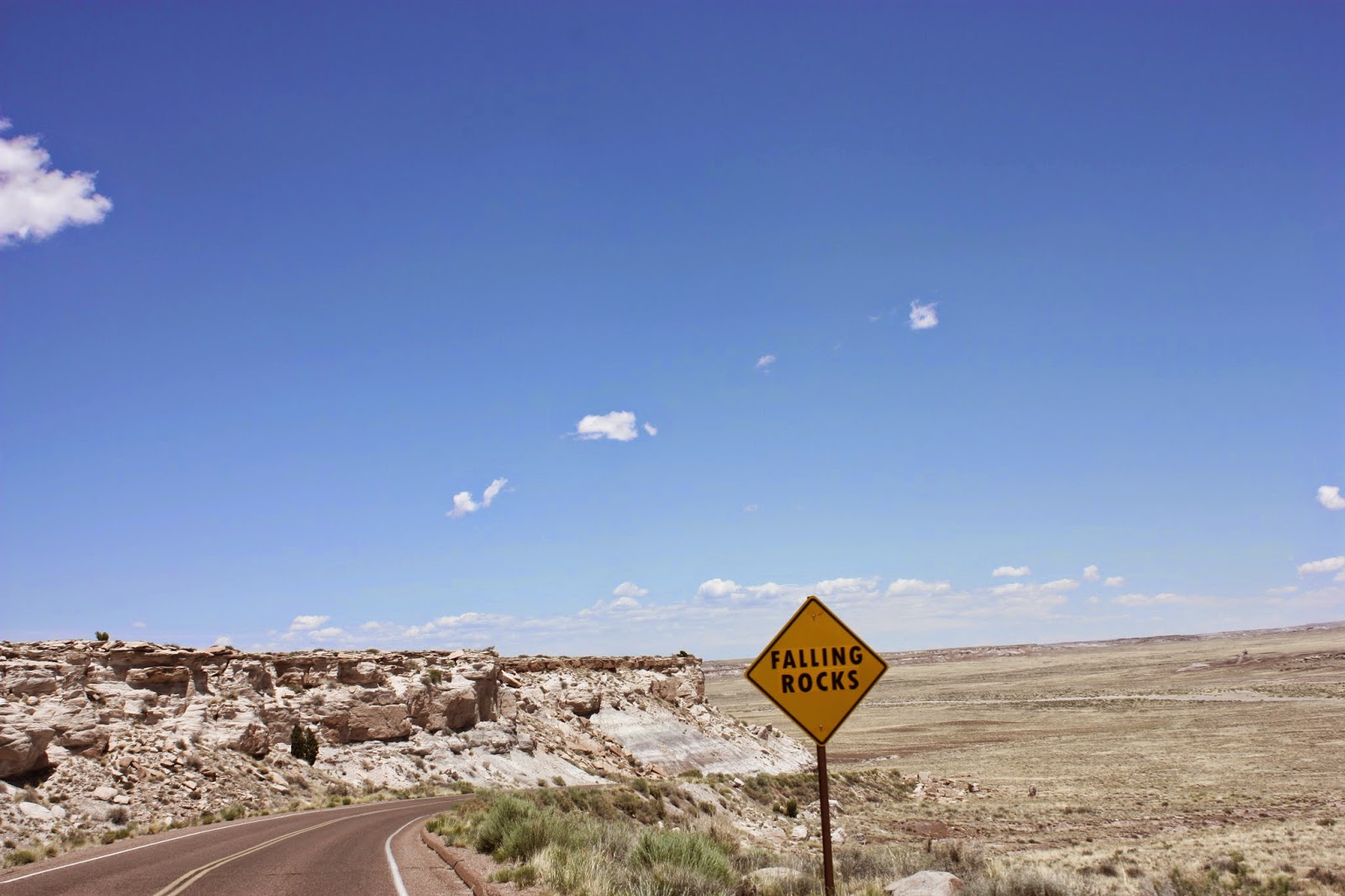 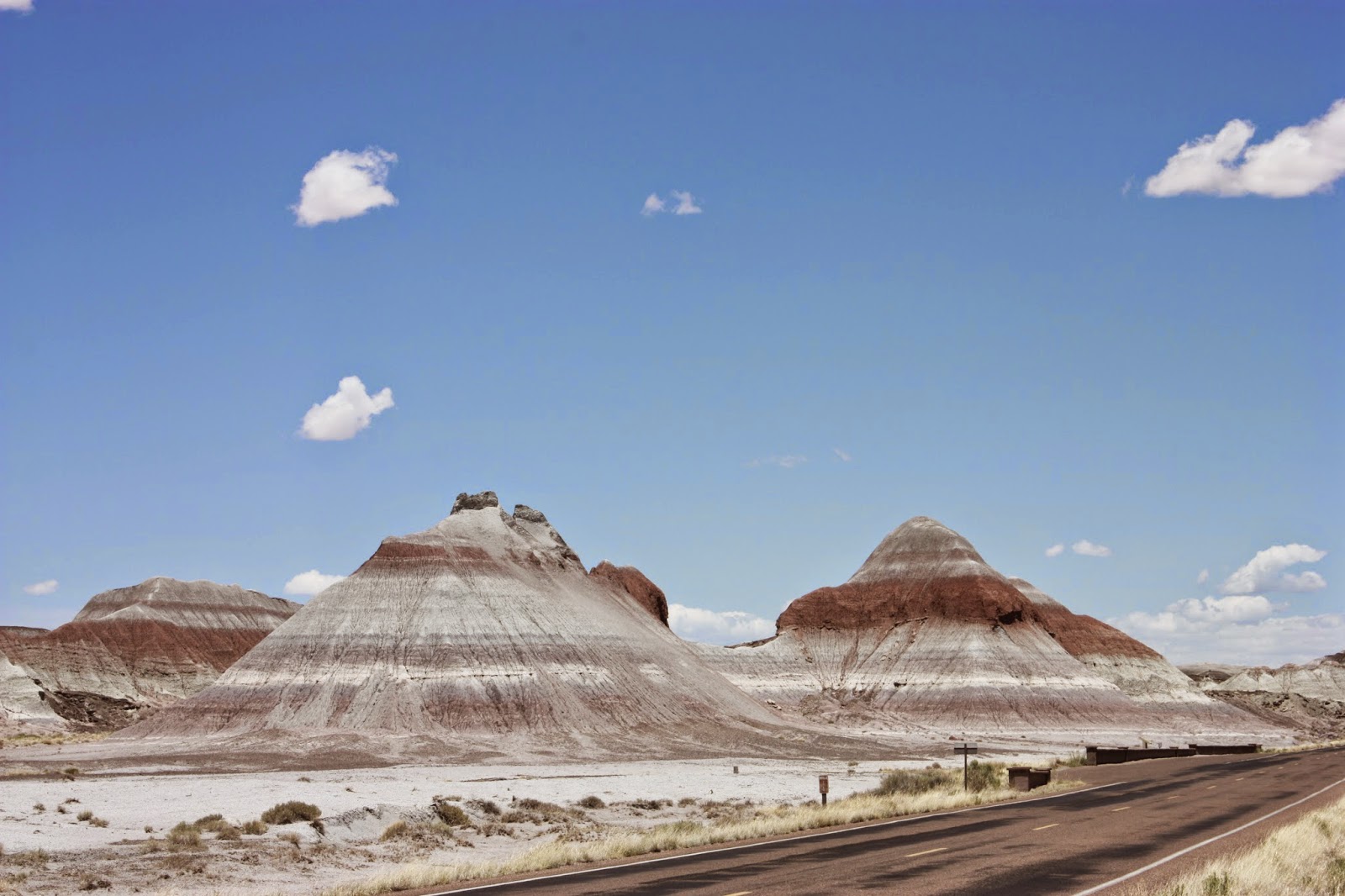 Newspaper Rock Petroglyphs are examples of Native American pictograms and symbols that I can use in my history classes. 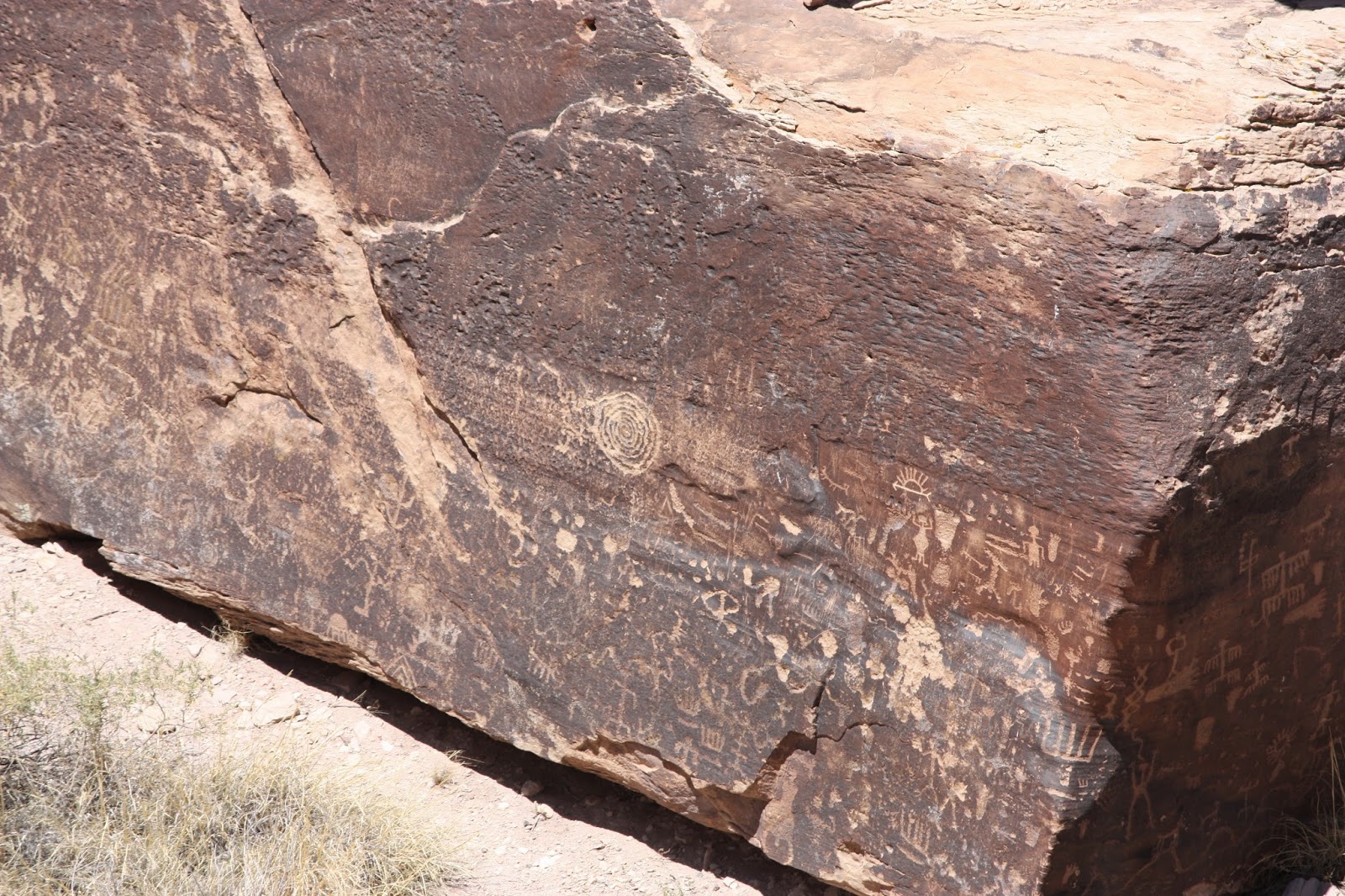 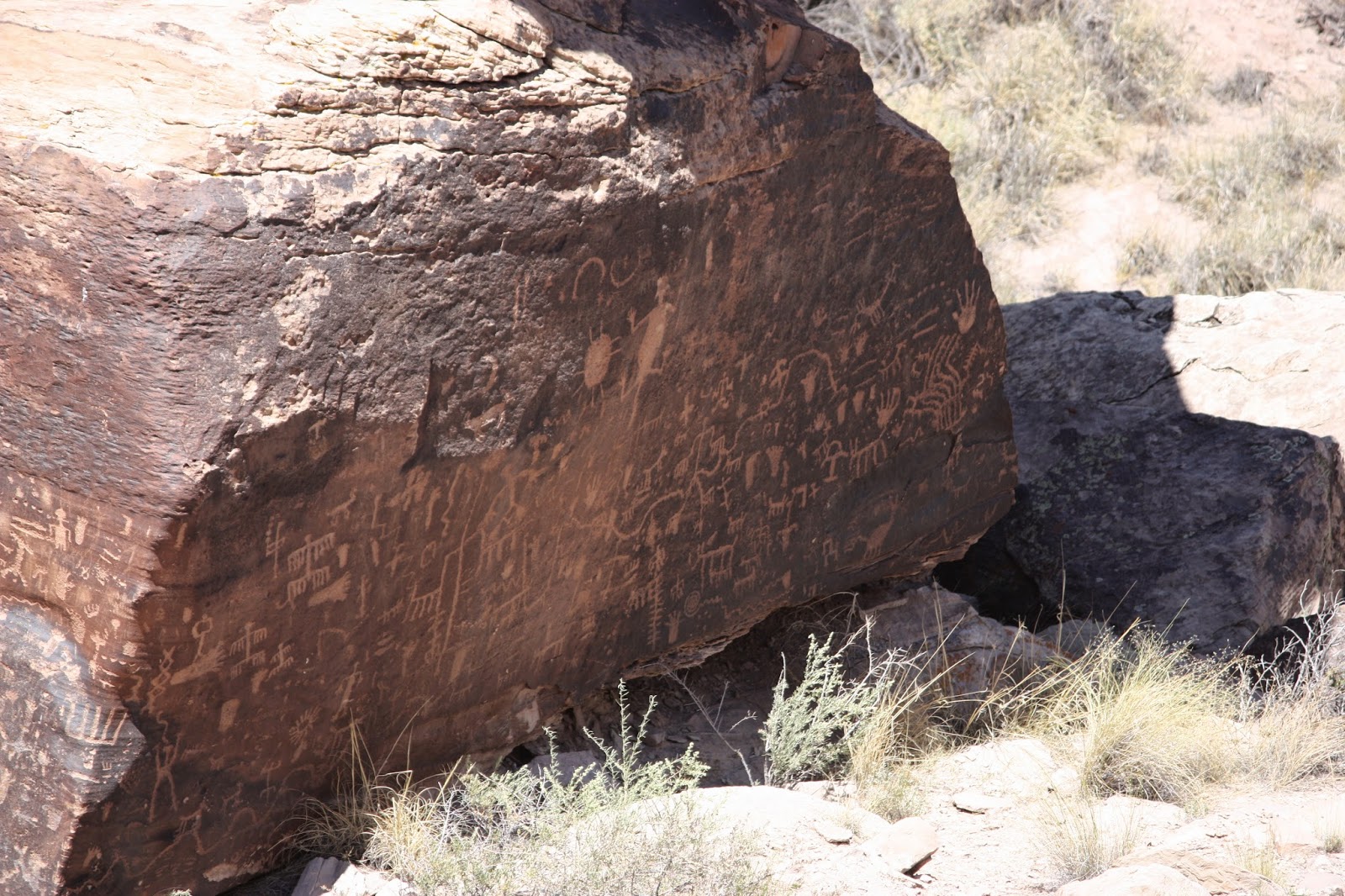 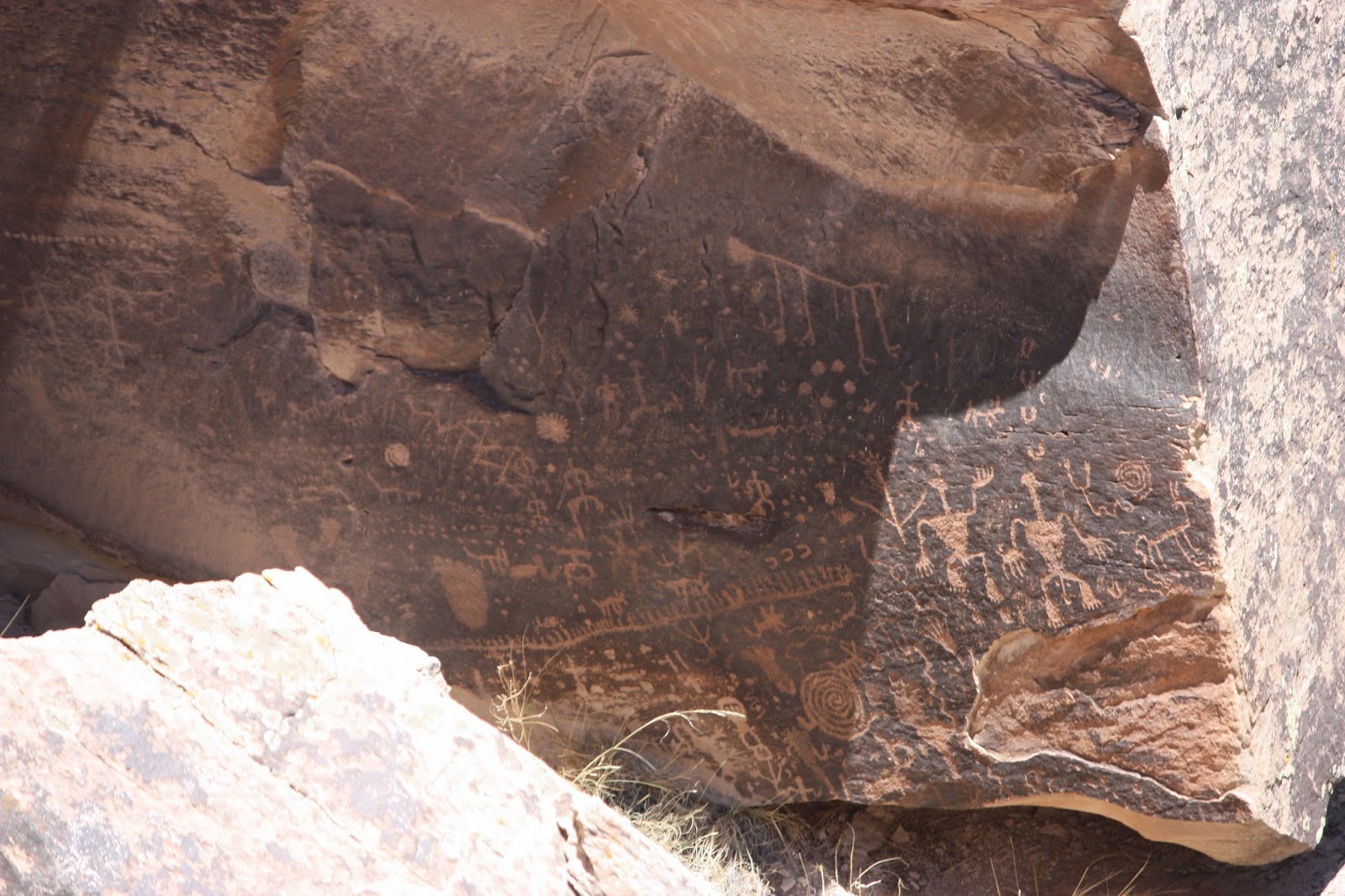 Ravens were everywhere when we stopped to see Newspaper Rock. 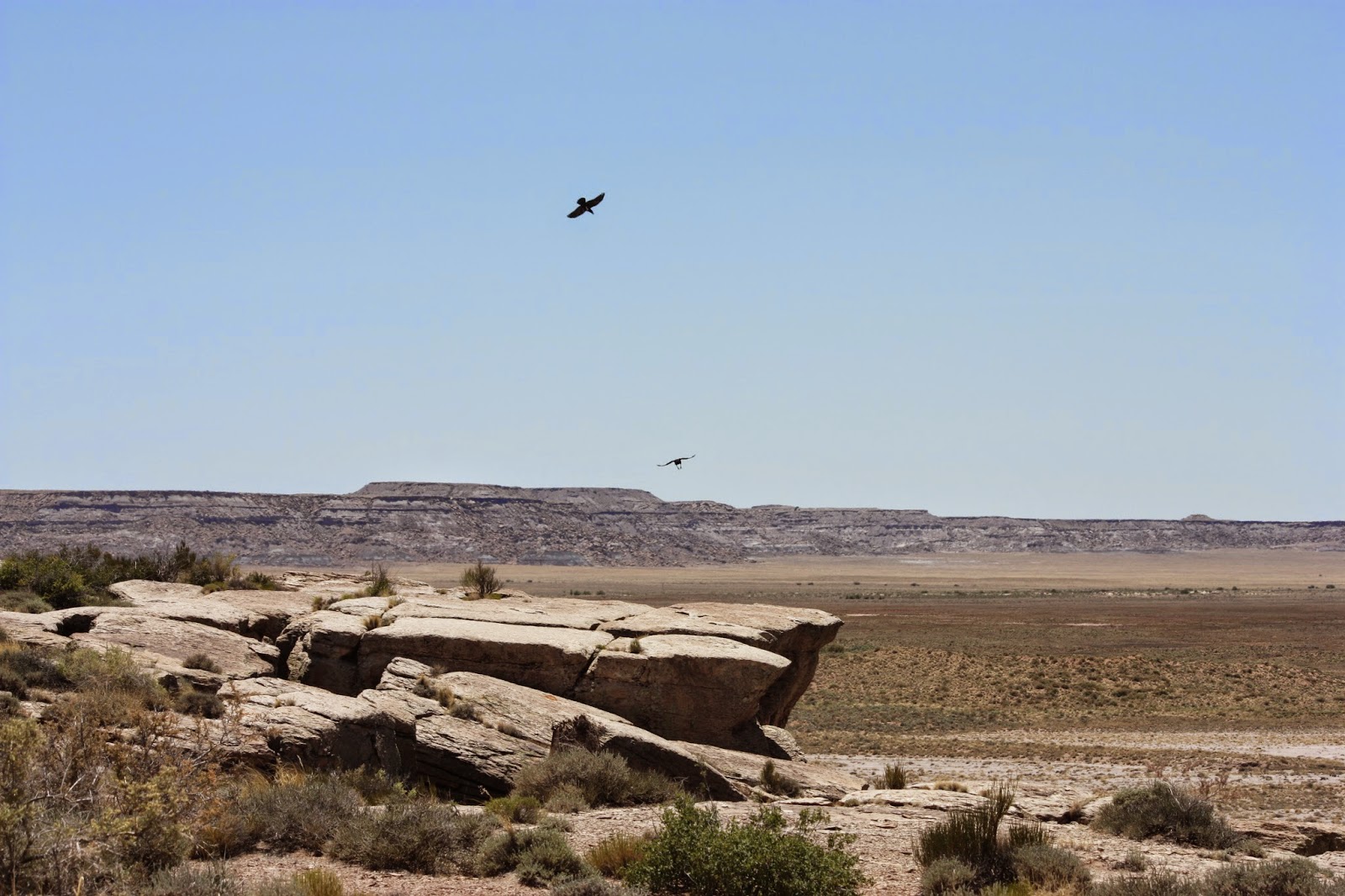 The ravens would fly pretty close to humans, and the boys didn't like that at all (I didn't either!). 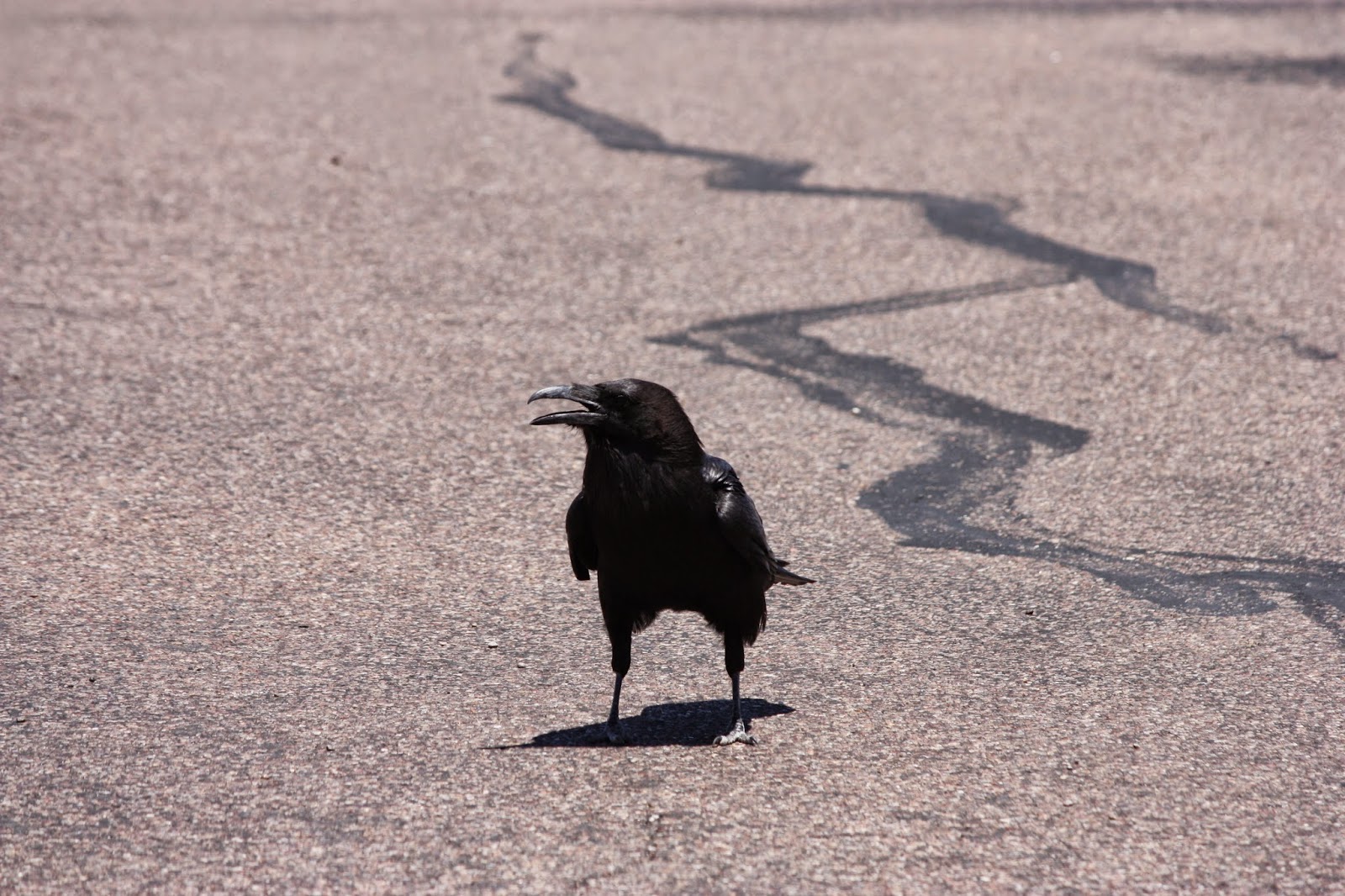 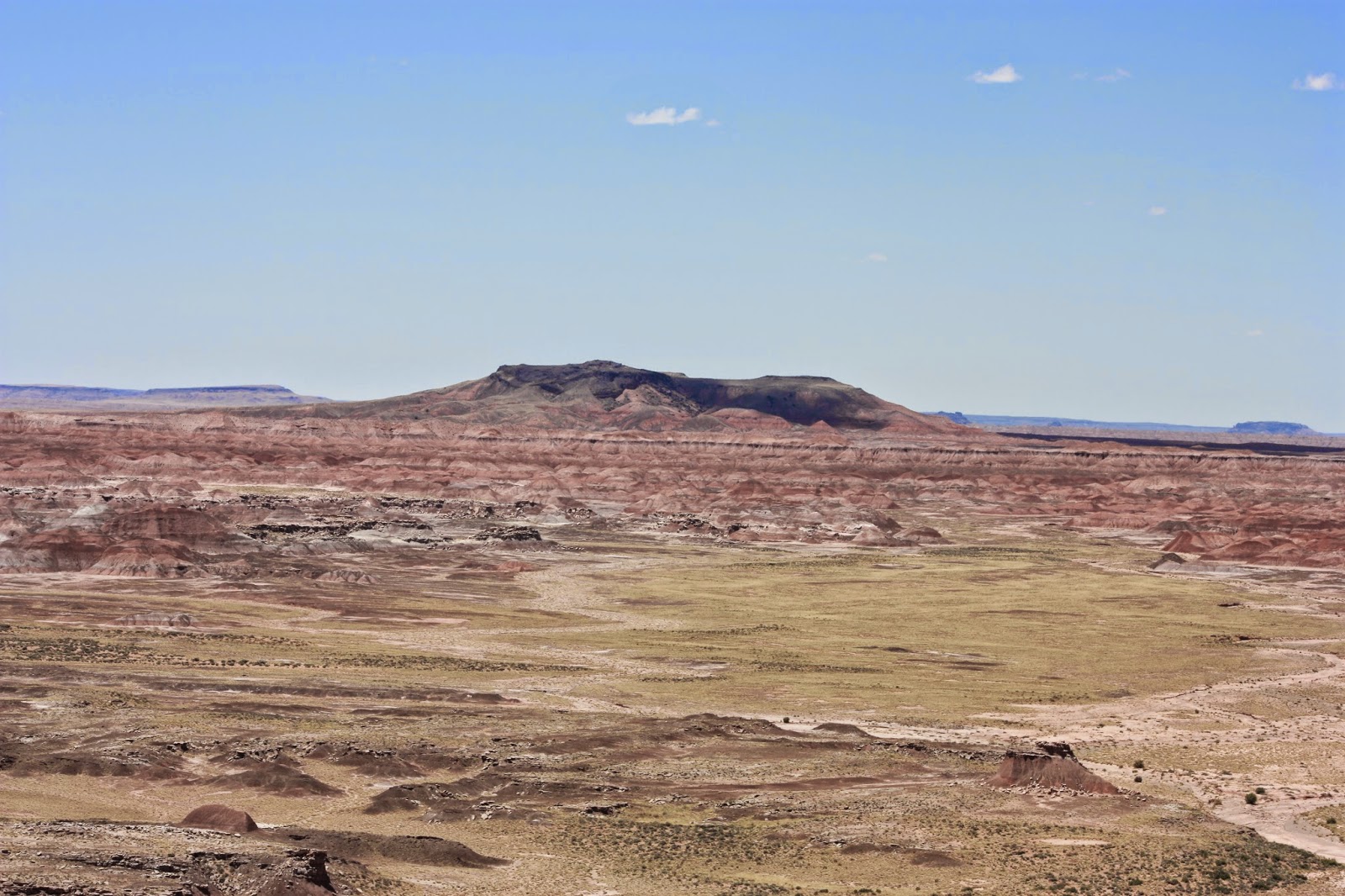 We actually saw this as we exited I-40 to go to the park, but I just threw it in here at the end.  In Holbrook, Arizona on Route 66 is the Wigwam Motel.  It was the inspiration for the Cozy Cone Motel in the movie Cars. Such a cool example of Americana. 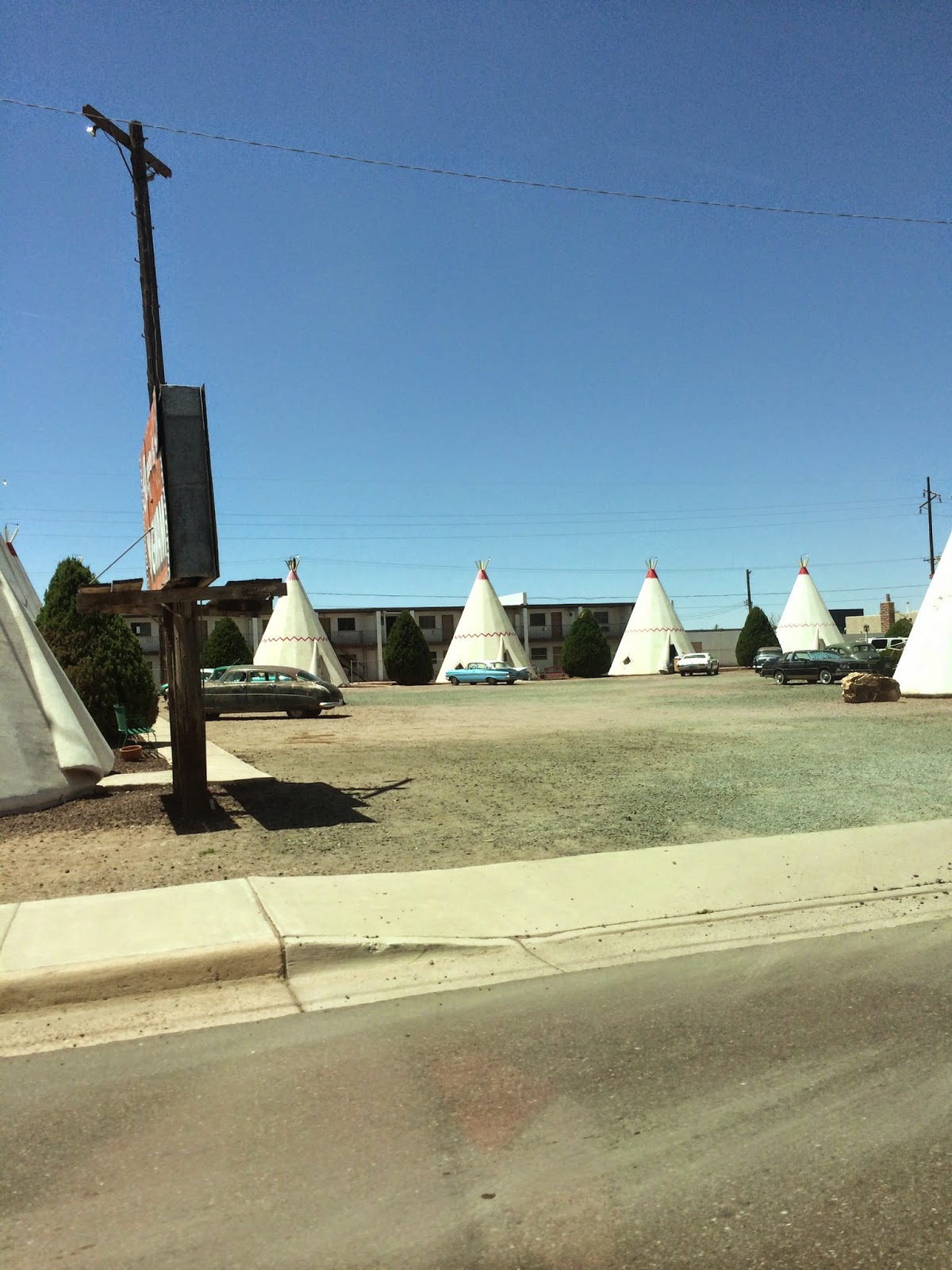 This is my final blog post about our 16-day road trip across the Pacific Northwest, West Coast, and Southwest United States.  If you'd like to see my advice on how to take a successful road trip with small children, check it out {here} over at Unexpected Elegance.