June 16th we visited Crater Lake National Park in Oregon.  Crater Lake is the only National Park in Oregon.  It's in the middle of nowhere, and you have to make it a destination because it's not something you happen upon.  I had visited the park back in 2001 when I was moving back to Texas from Washington.  It seemed a lot different than what I remember it.  The main thing that shocked me is how much snow was on the ground.  We checked the road conditions several times before selecting our route to make sure they were open and clear of snow.  We saw a few roads in the park that were closed due to snow.

When we made our first stop to view the lake, it was so cold from the scenic lookout on the rim.
32 degrees!
I'm so glad we all had warm coats.  It even snowed while we were there!

This is the first photo because it's my favorite. It was taken near the Rim Visitors Center. 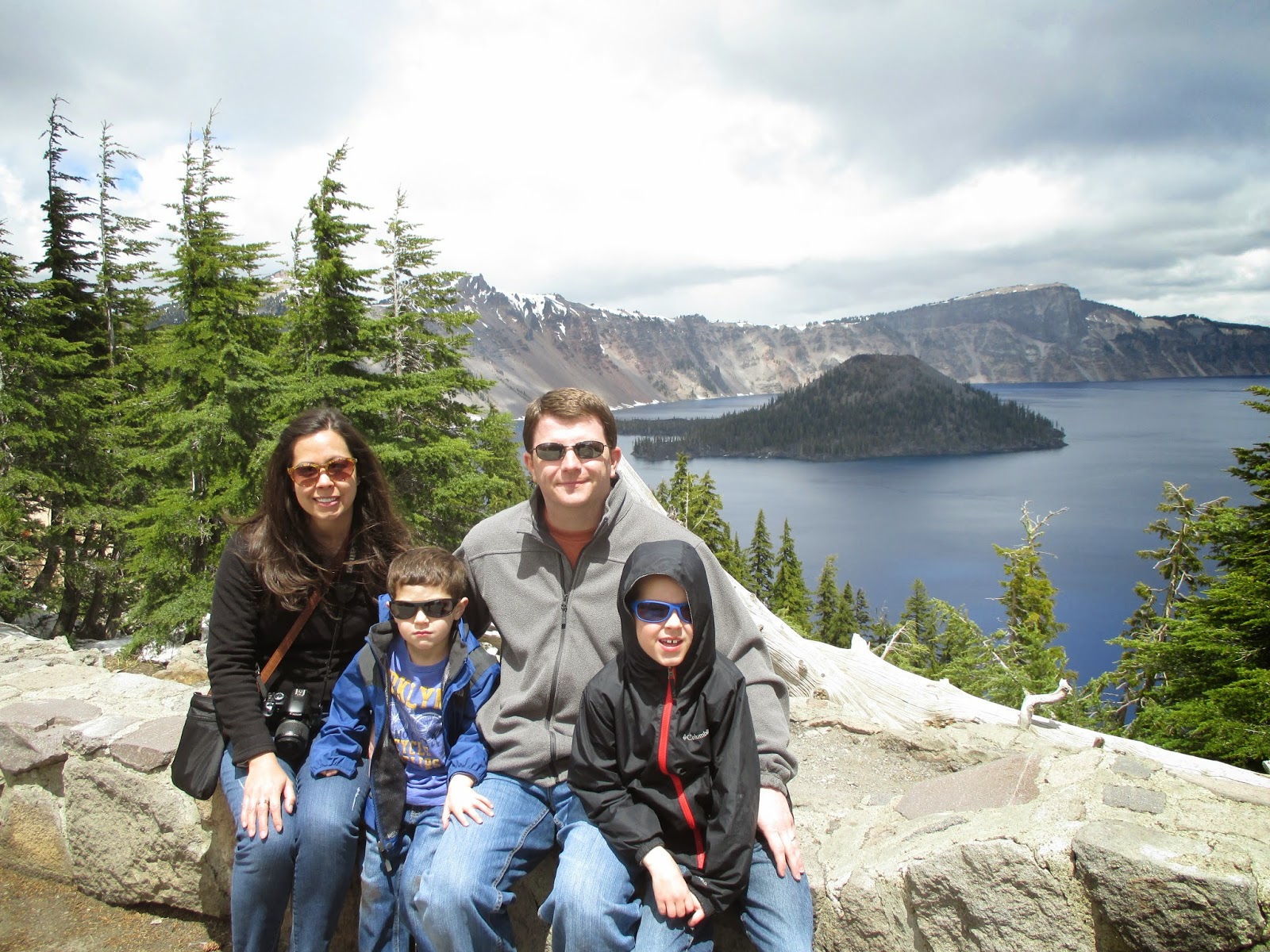 The signs for this park are interesting.  They are designed to look historic. 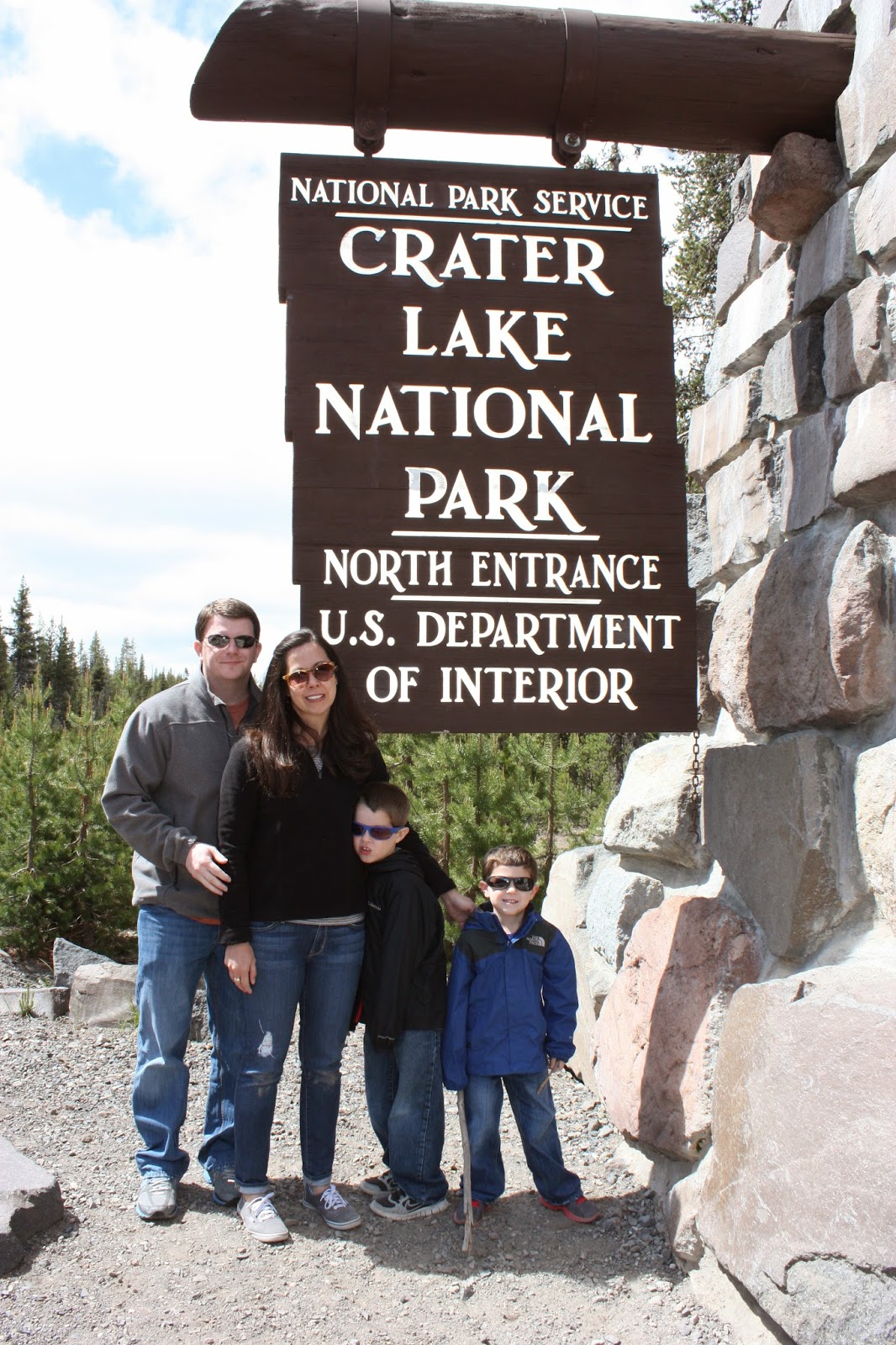 All of these photos are taken from overlooks on the West Rim Drive.
I think these are from Watchmen Overlook.
Look at the snow and ice on the trees behind Will. 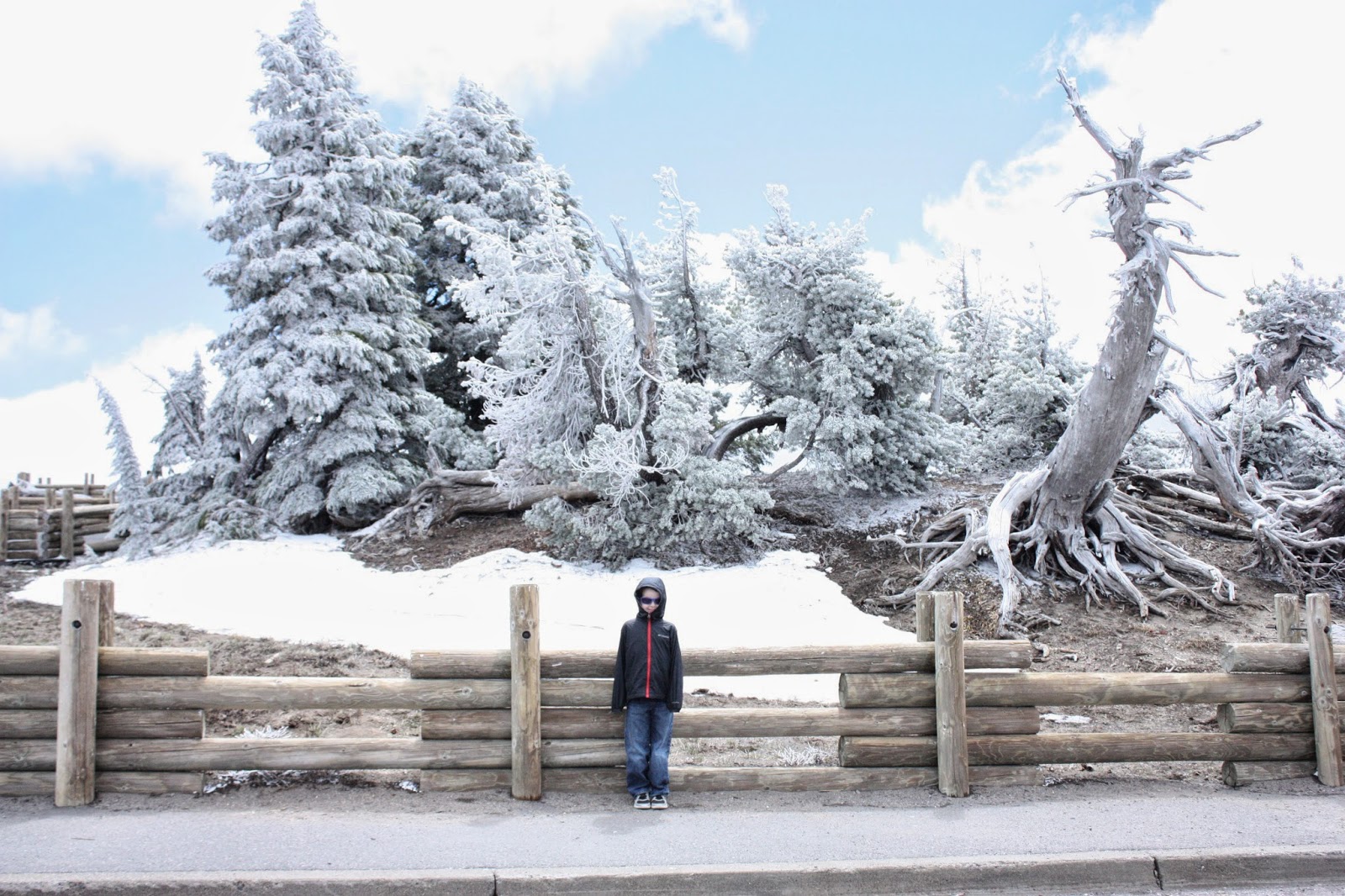 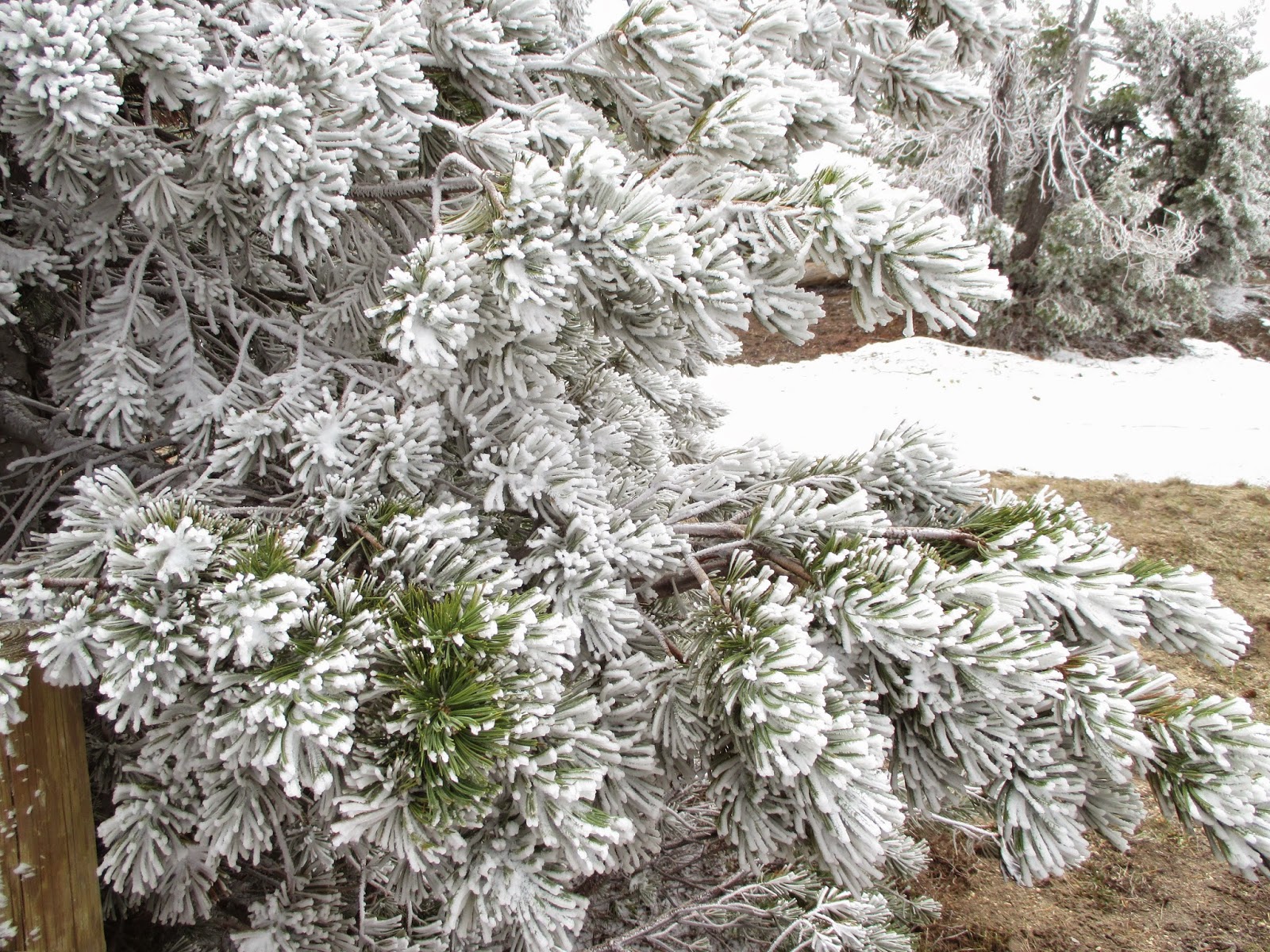 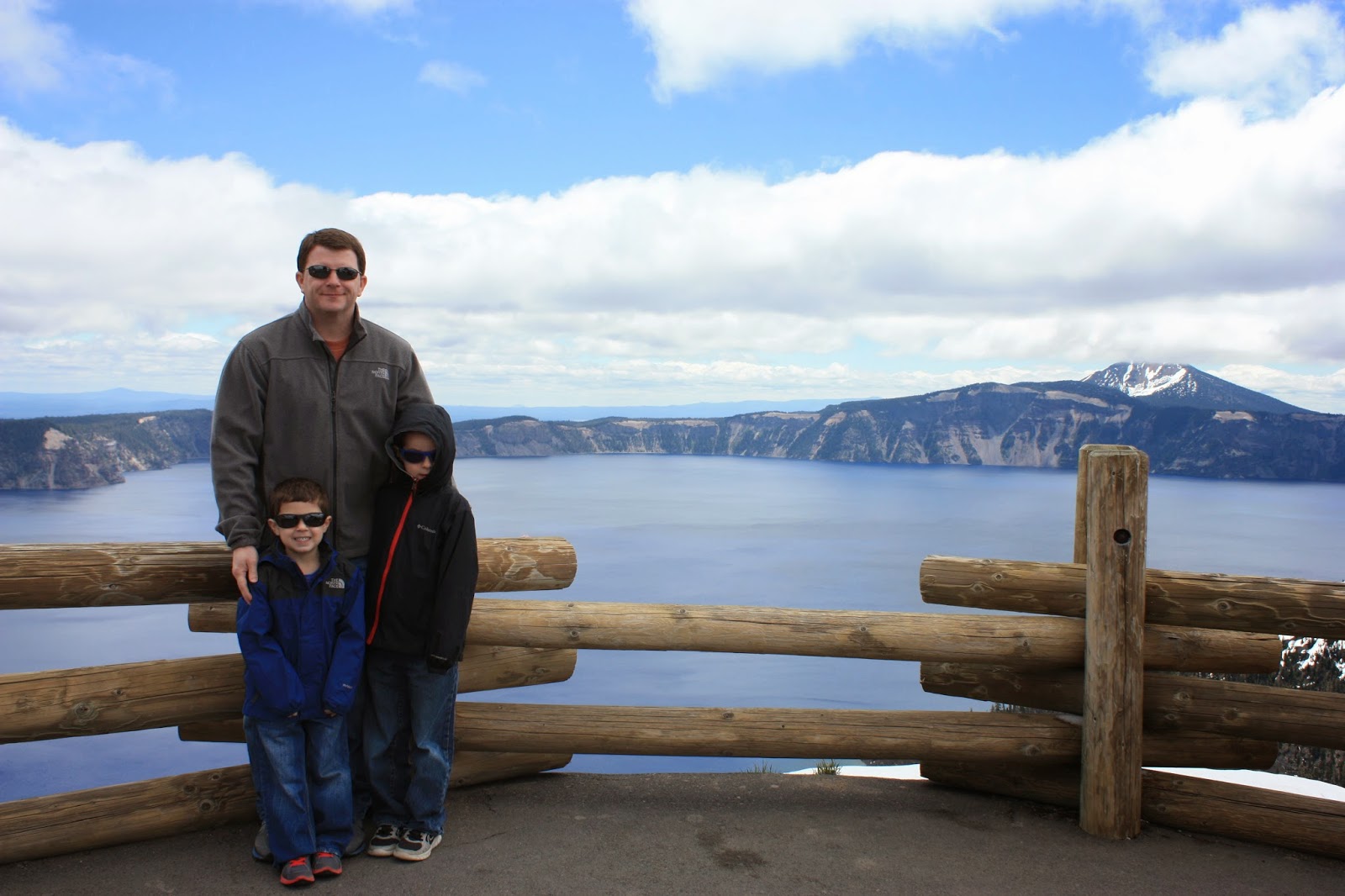 The water is so incredibly blue. 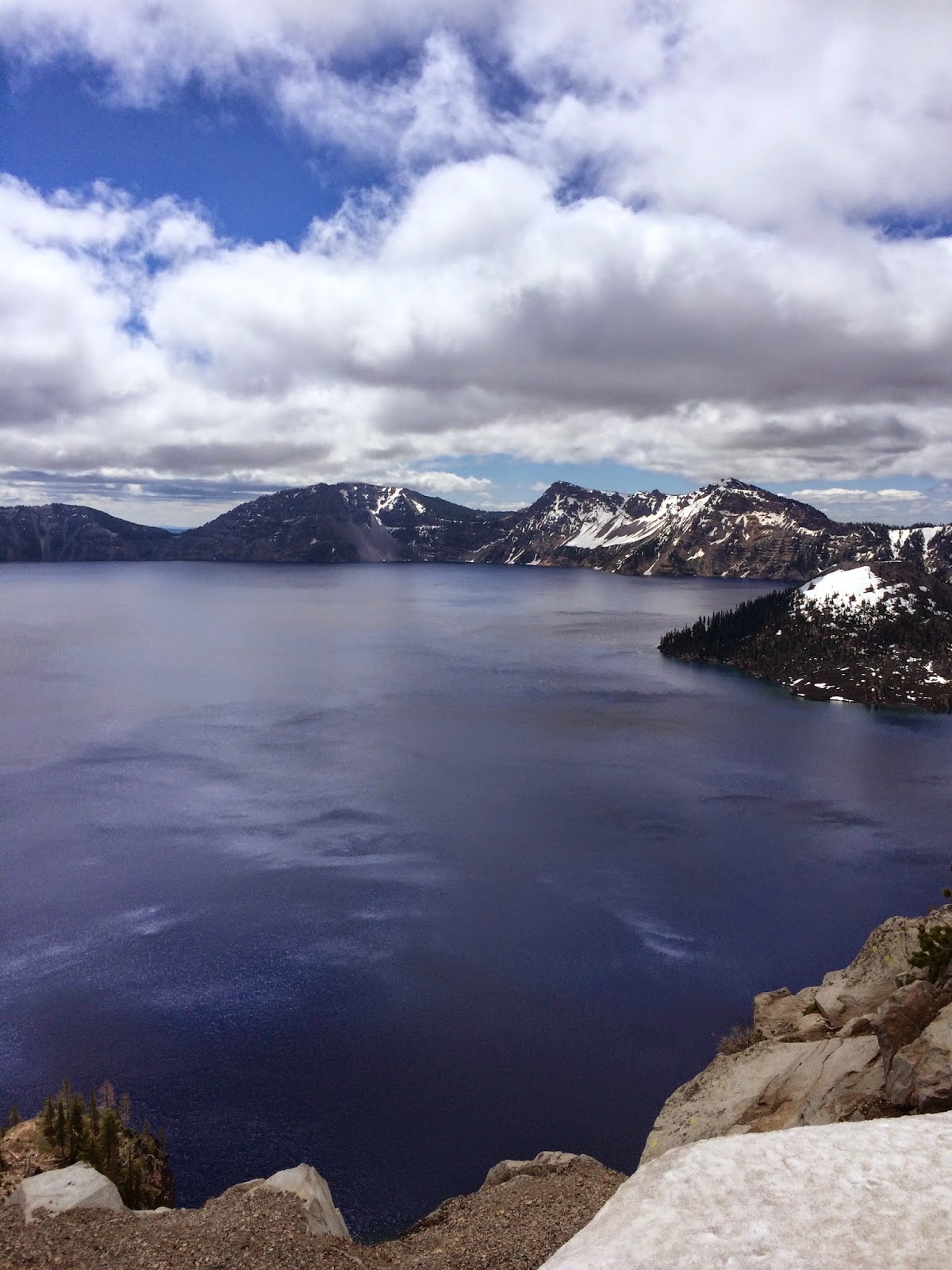 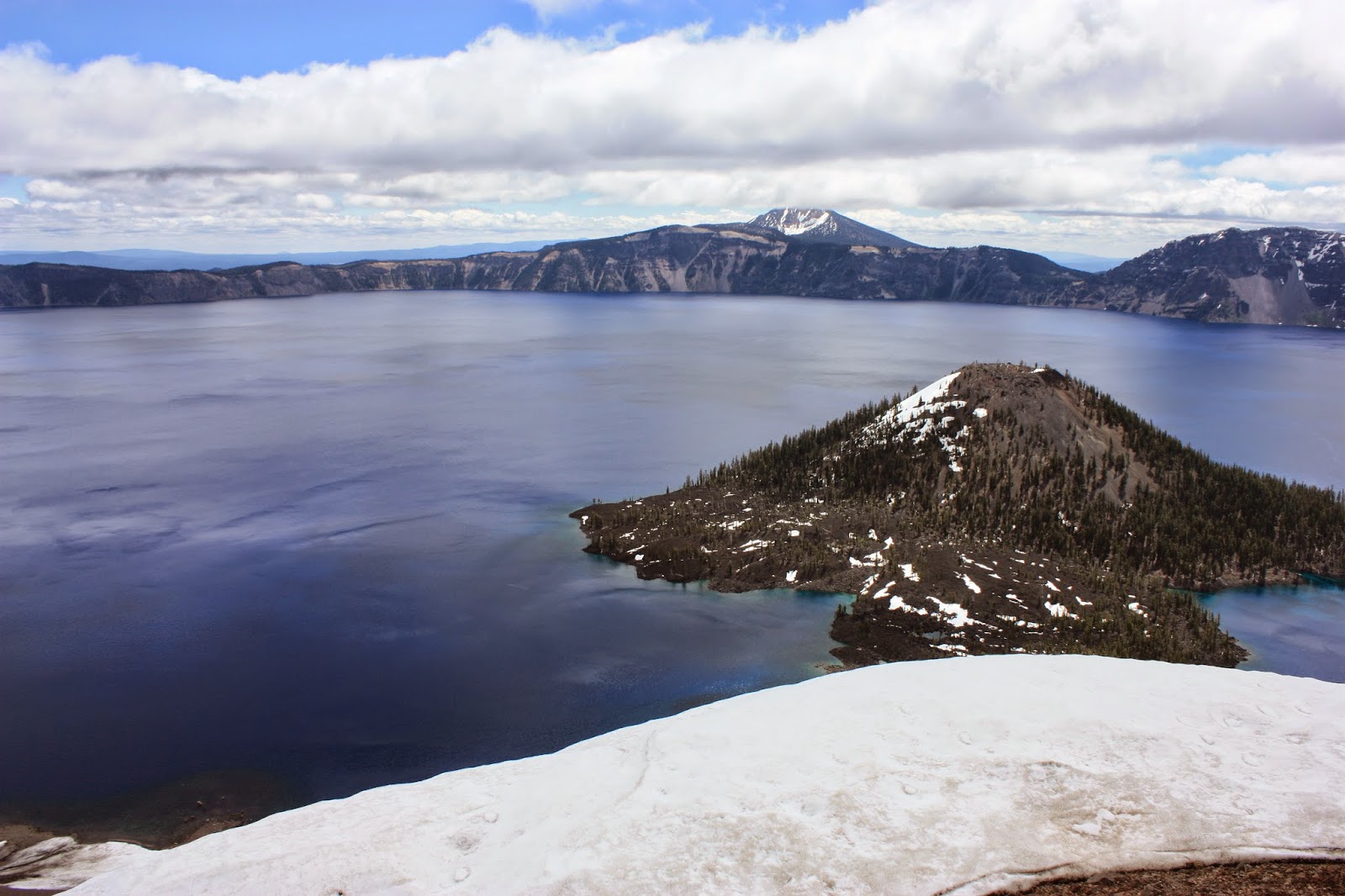 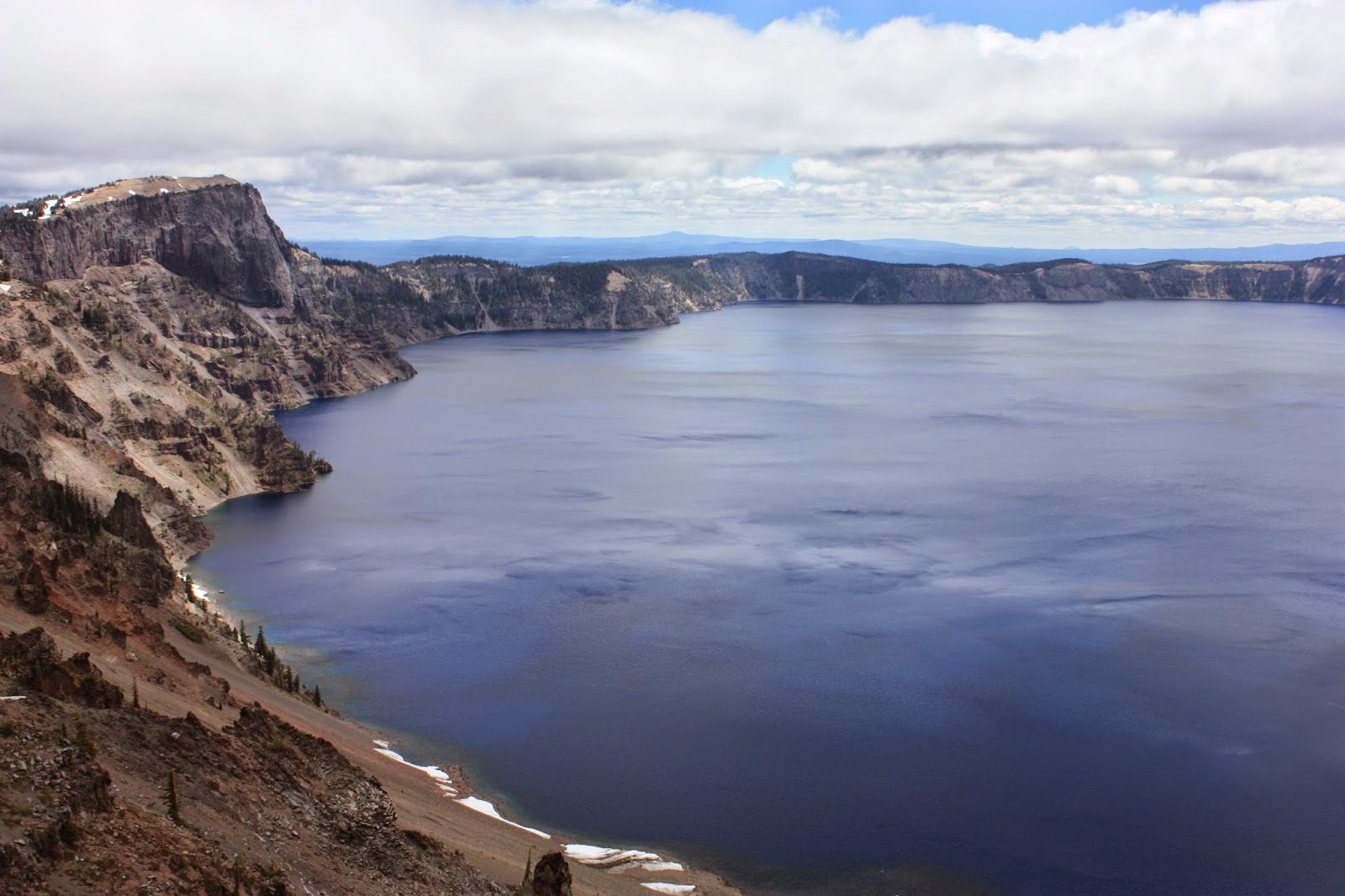 You can see the cliffs here that surround Crater Lake. 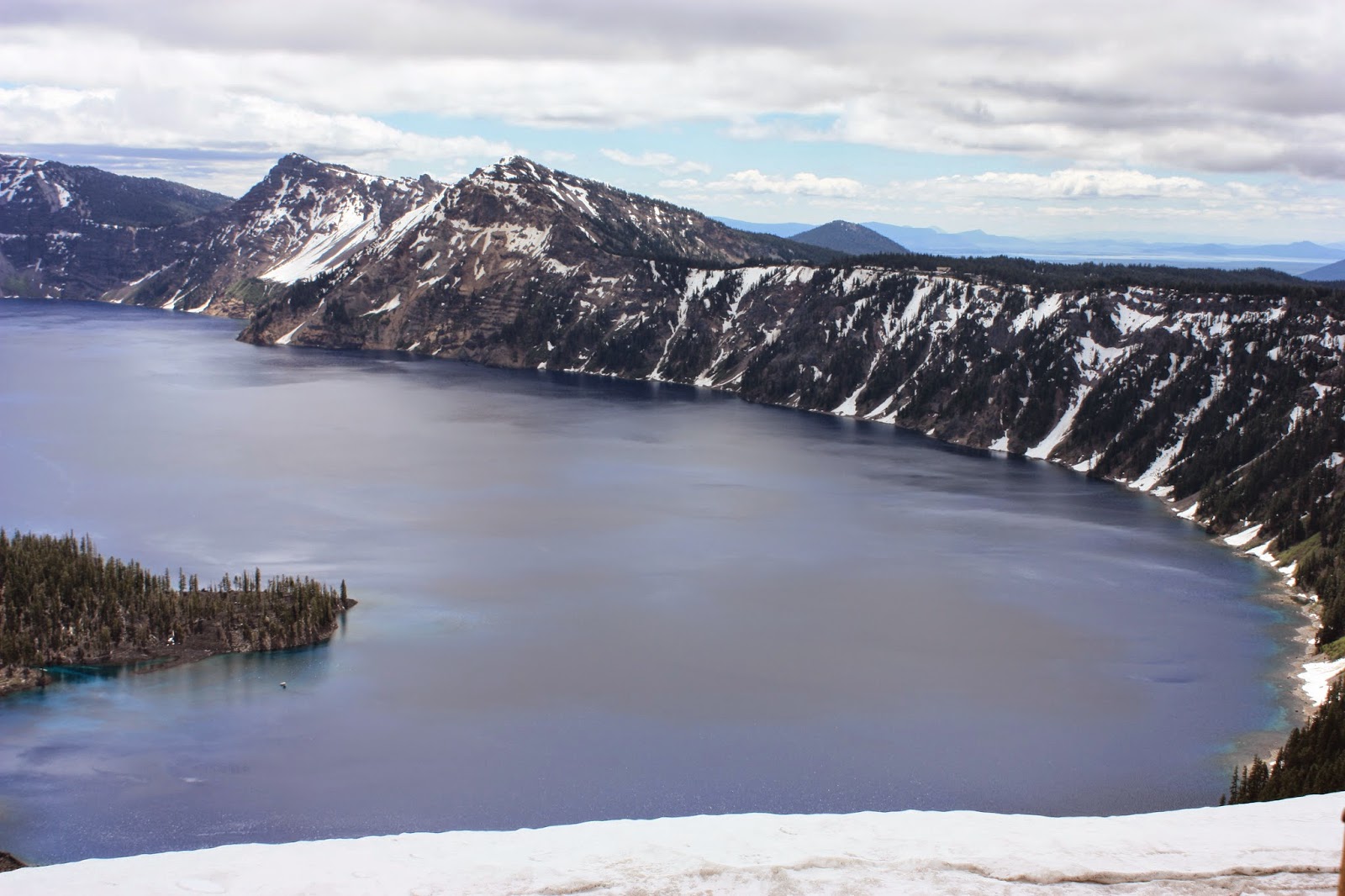 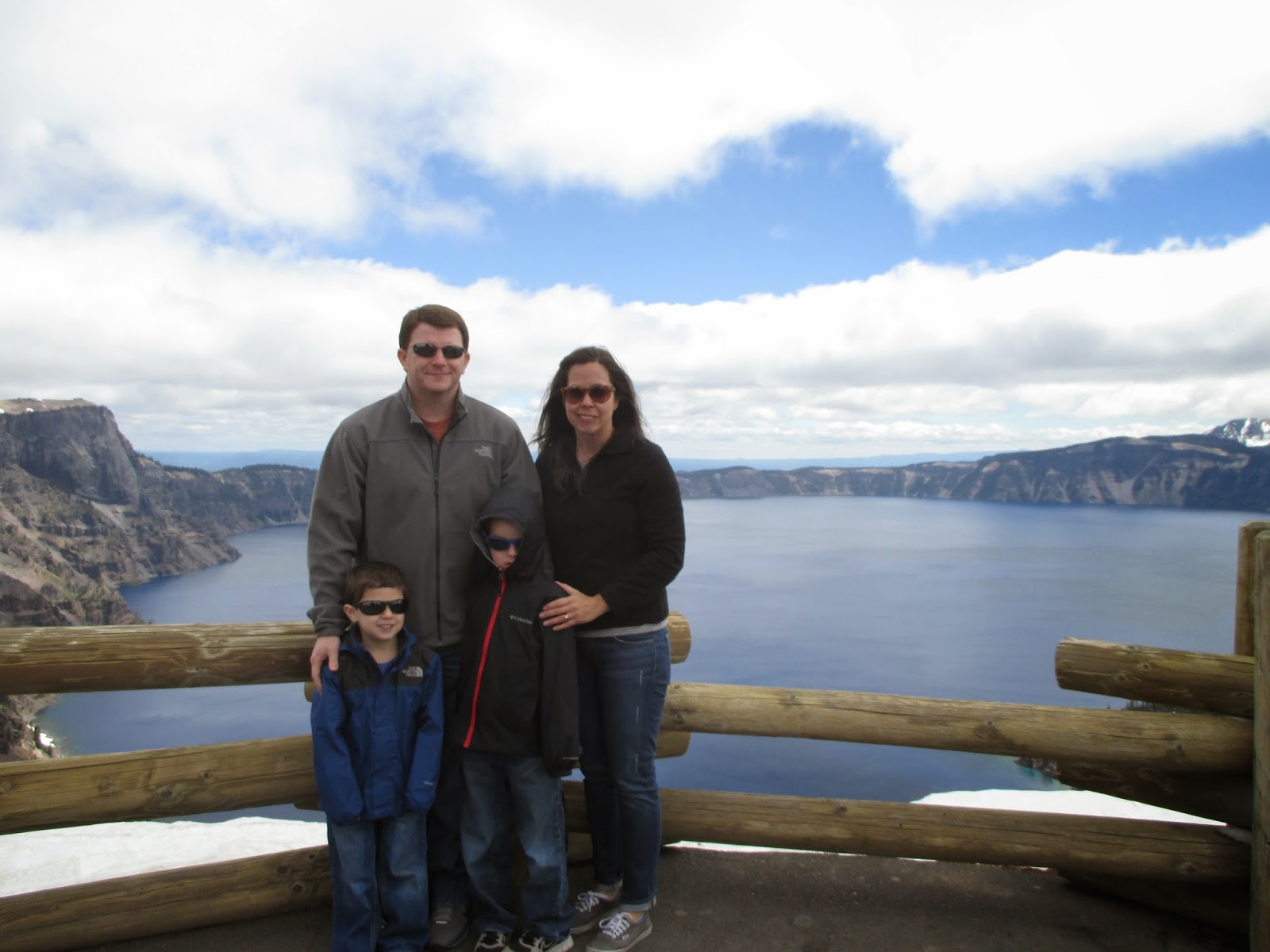 Making a run for it.  It was so cold! 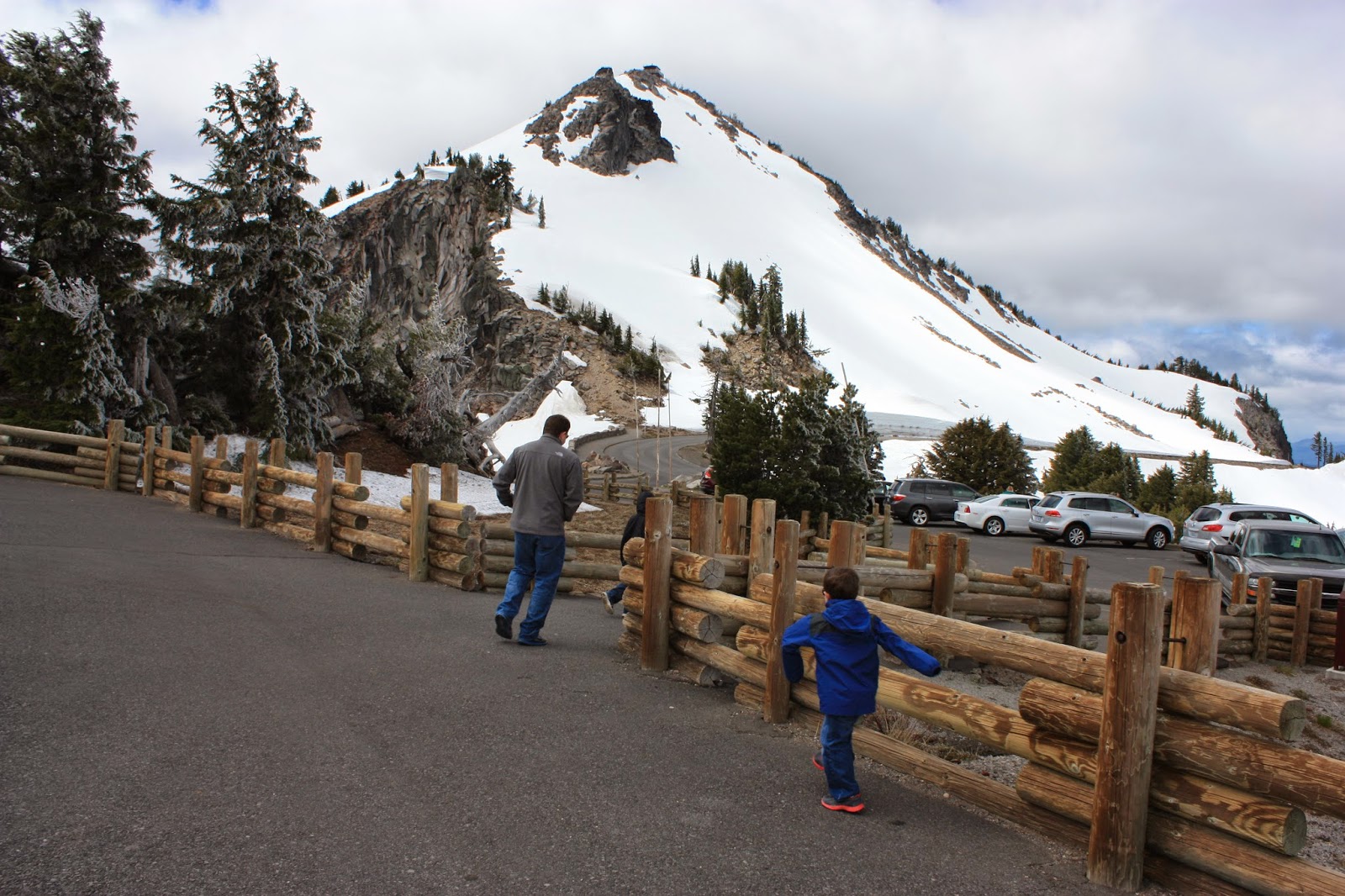 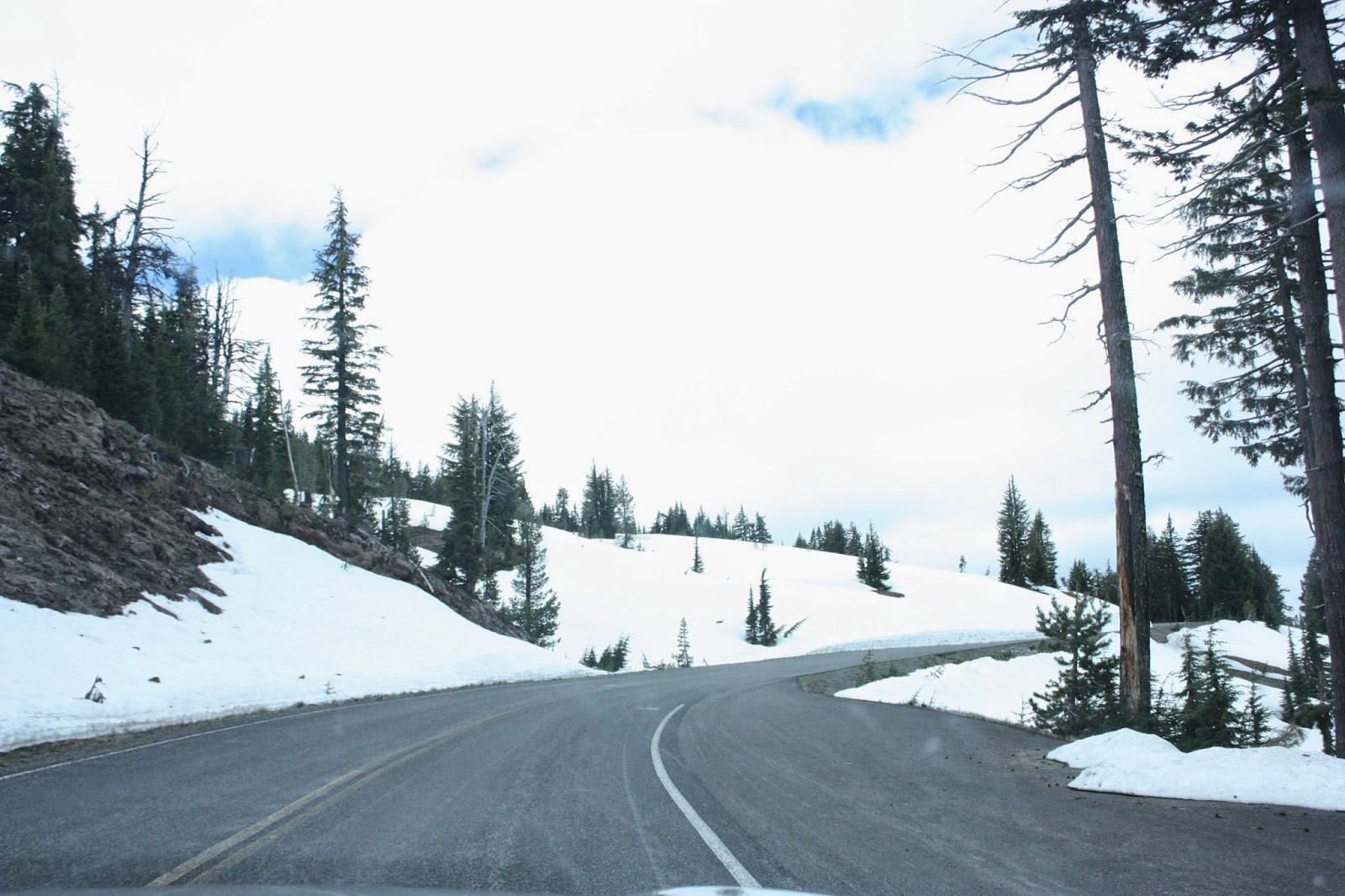 I hope this captures how much snow was still on the ground. 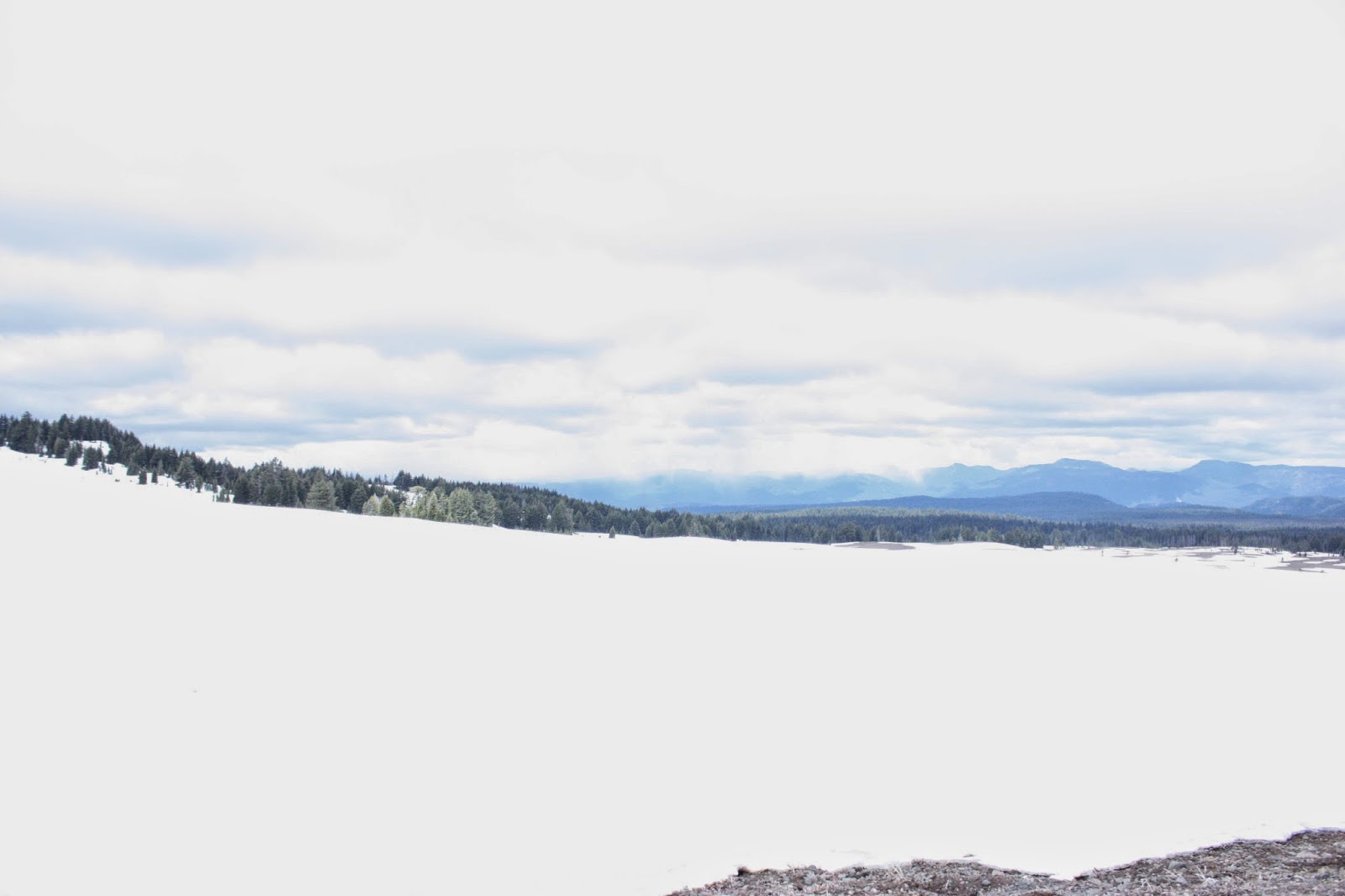 Getting our passport stamps! 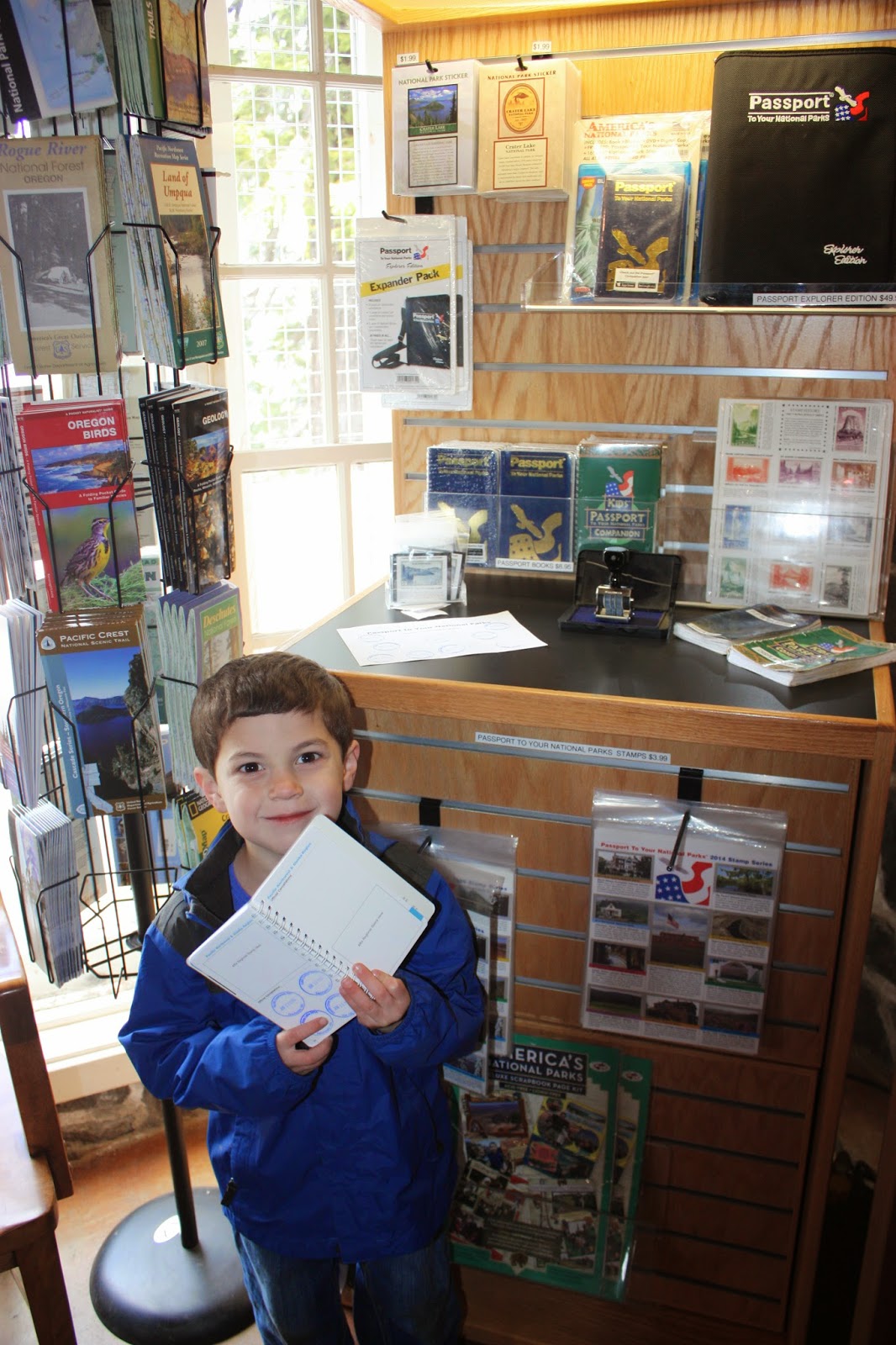 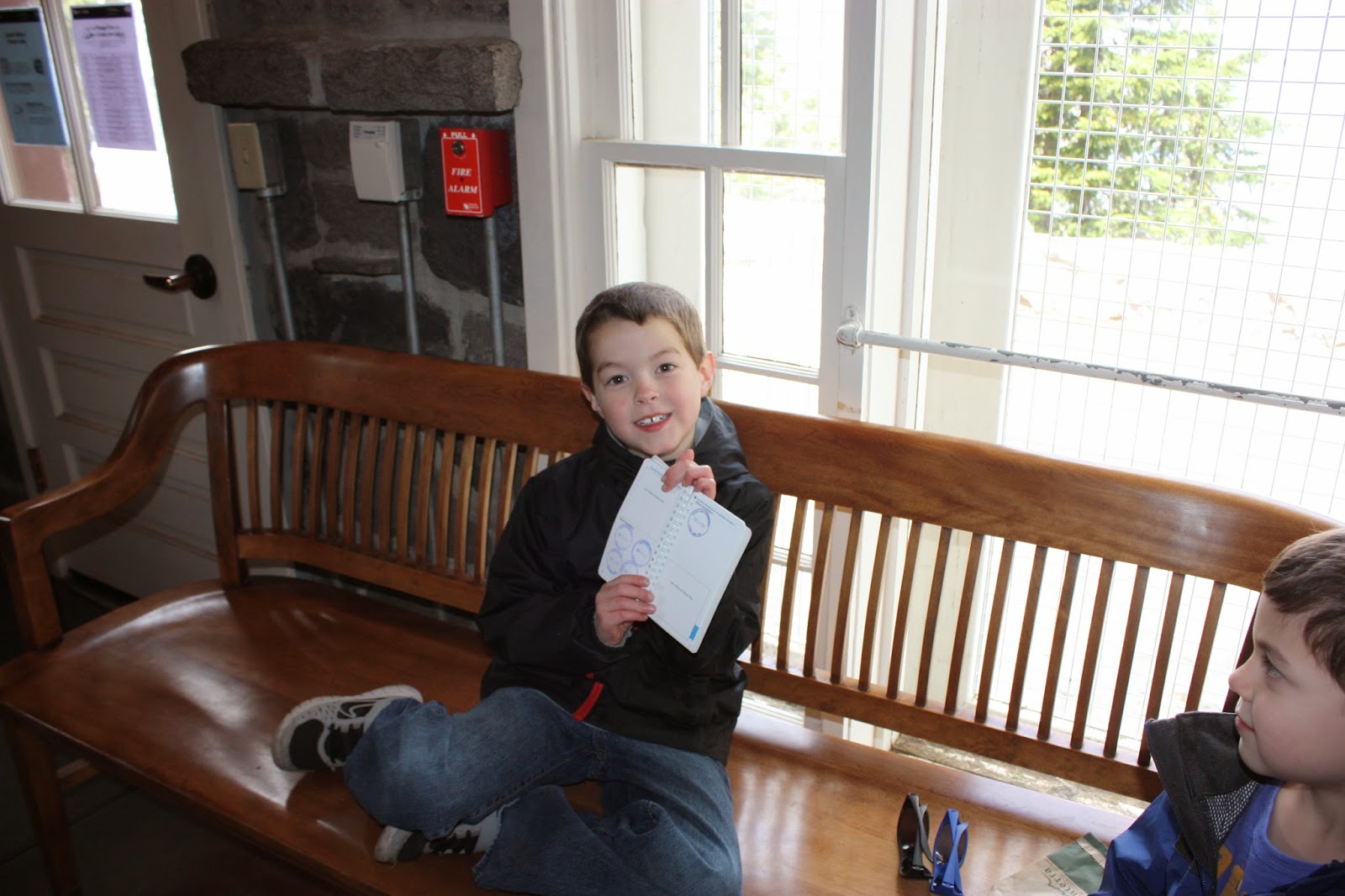 We stopped by the park headquarters before leaving. 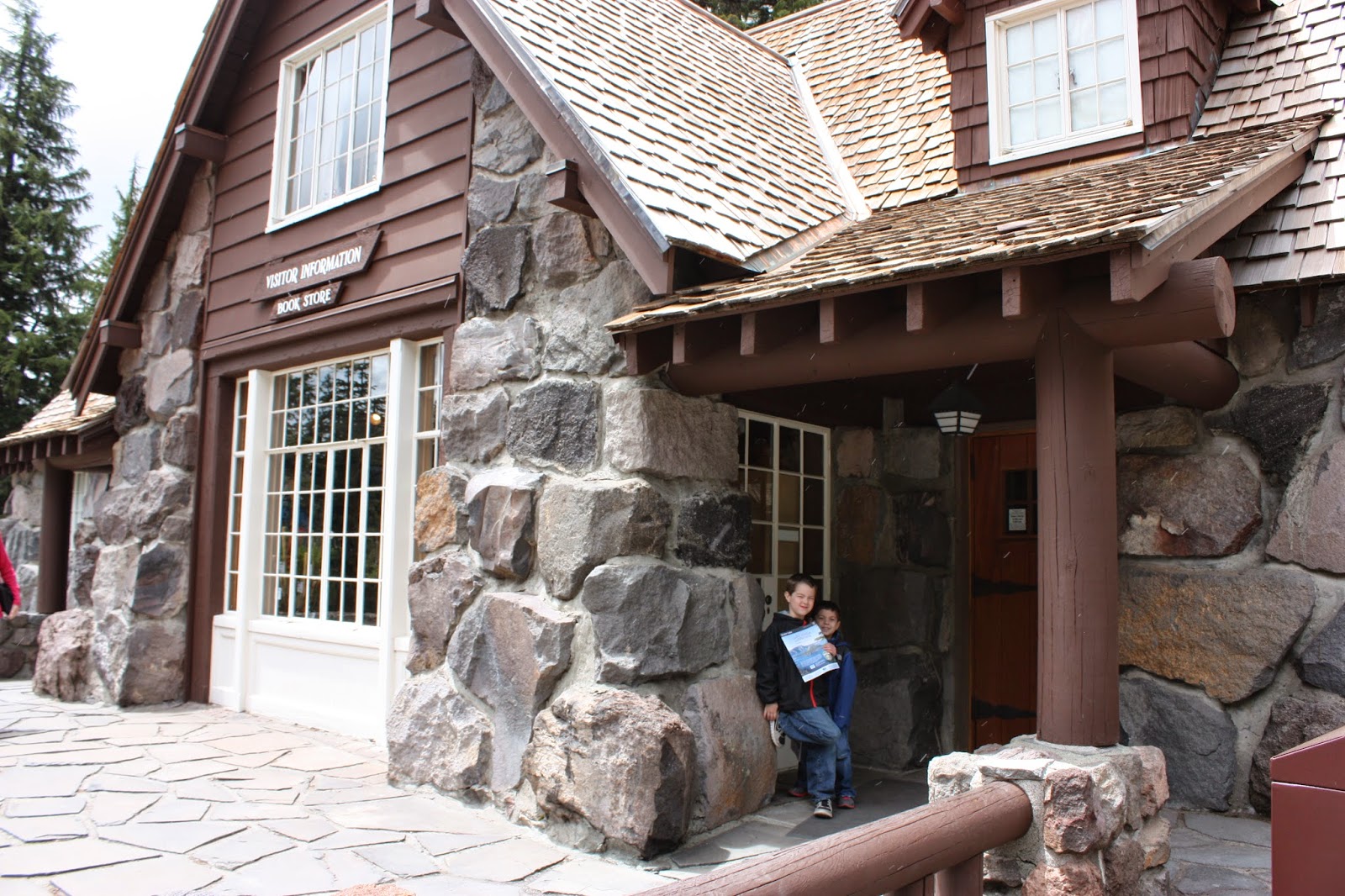 The boys wanted to do one hike before we left.  We didn't do any hikes around the rim of the lake.  I have an overwhelming fear of heights.  Mark and the boys have no fear so they feel comfortable in areas that make me a nervous wreck (someone please sedate me!).   I couldn't handle hiking on anything close to the lake.  Instead we took this very short hike in the woods as we left the headquarters.  It was called Castle Crest Wildflower Garden.  We didn't see a wildflower garden, but we did see snow and big trees.  The boys felt like they had an adventure and were happy. 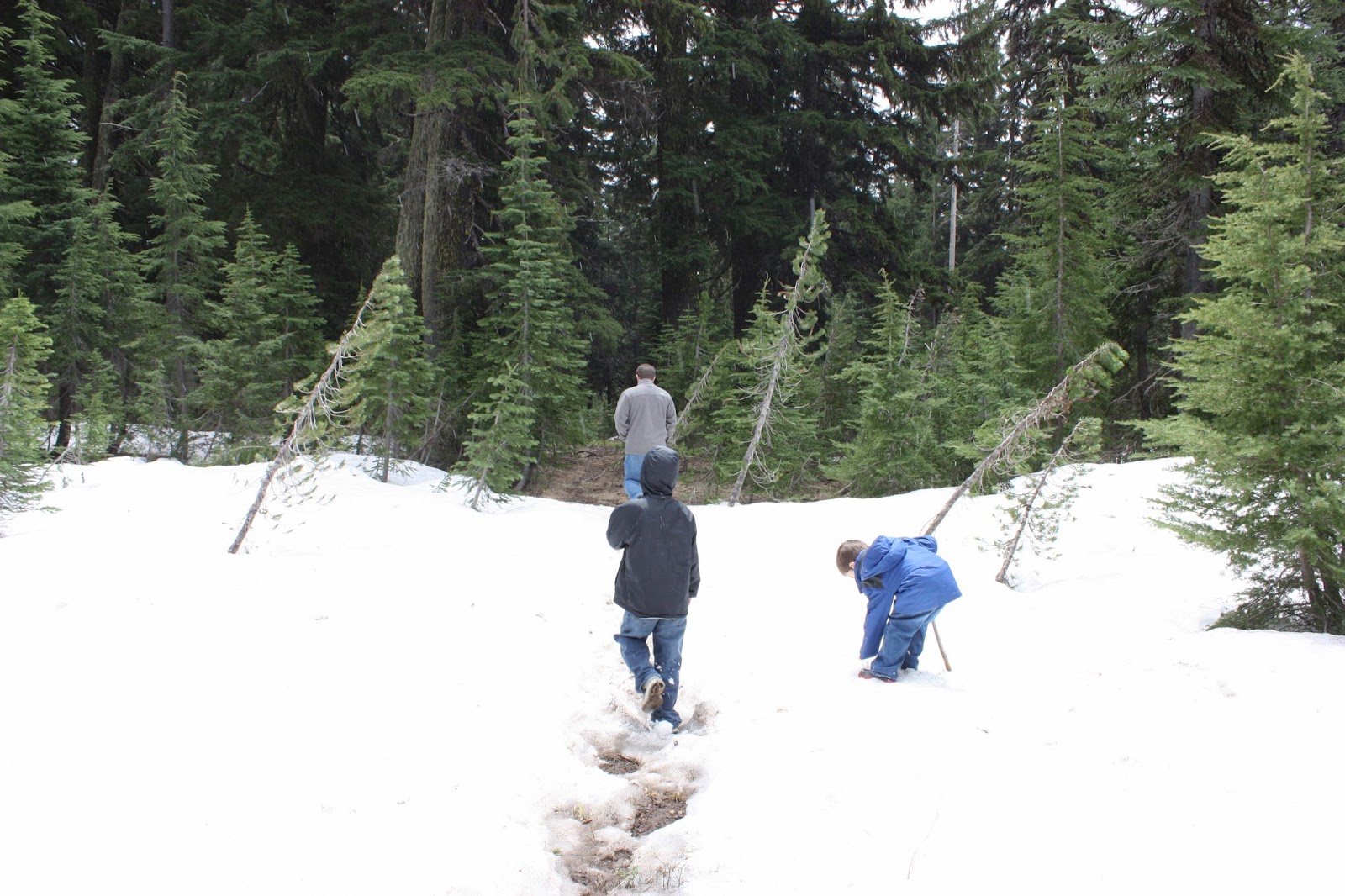 Ben trying to catch snowflakes on his tongue. 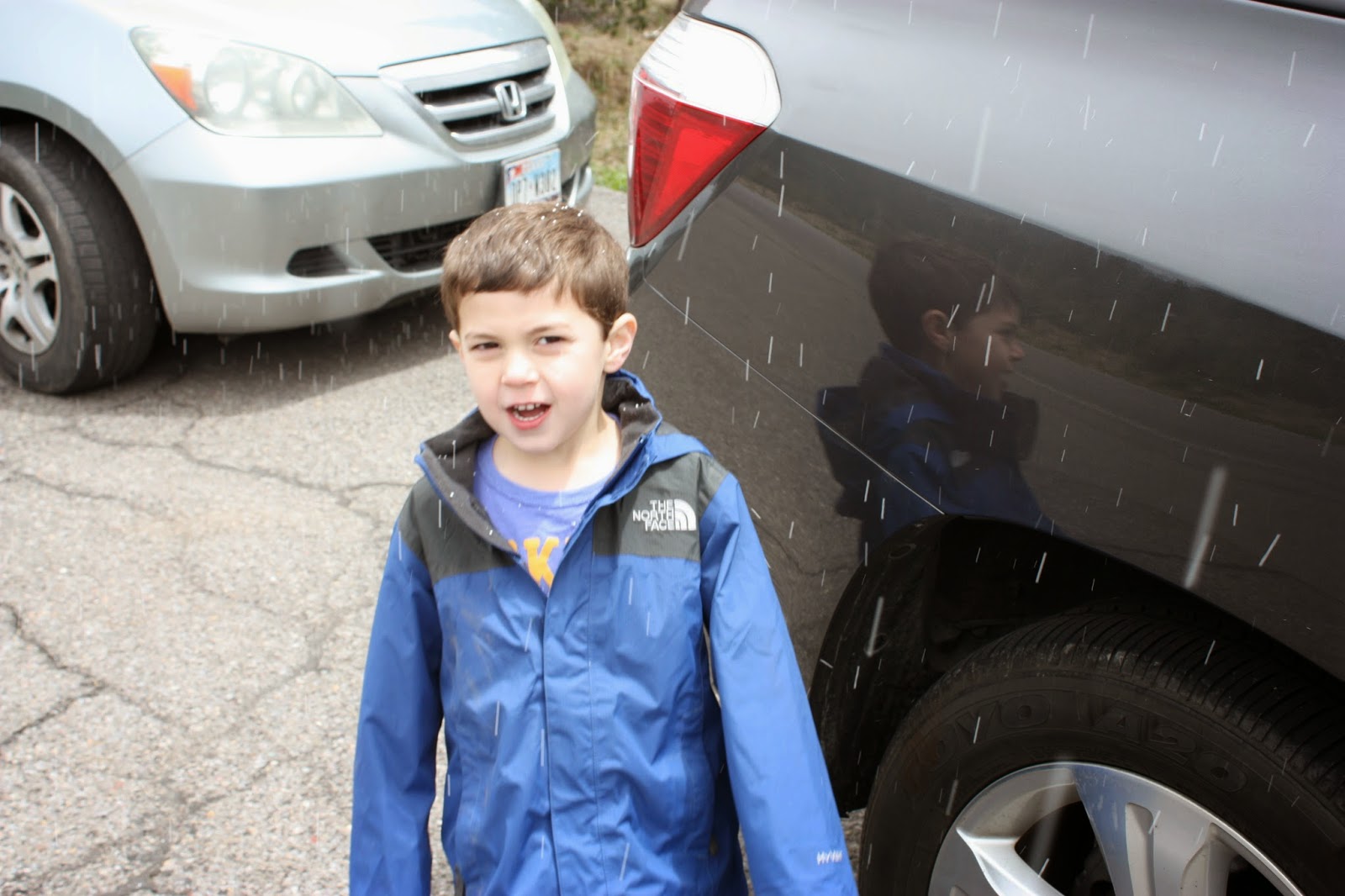 This was the third National Park we visited on our road trip, and it was our first time to see wildlife.  We saw about 4 deer eating in the woods near the side of the road. 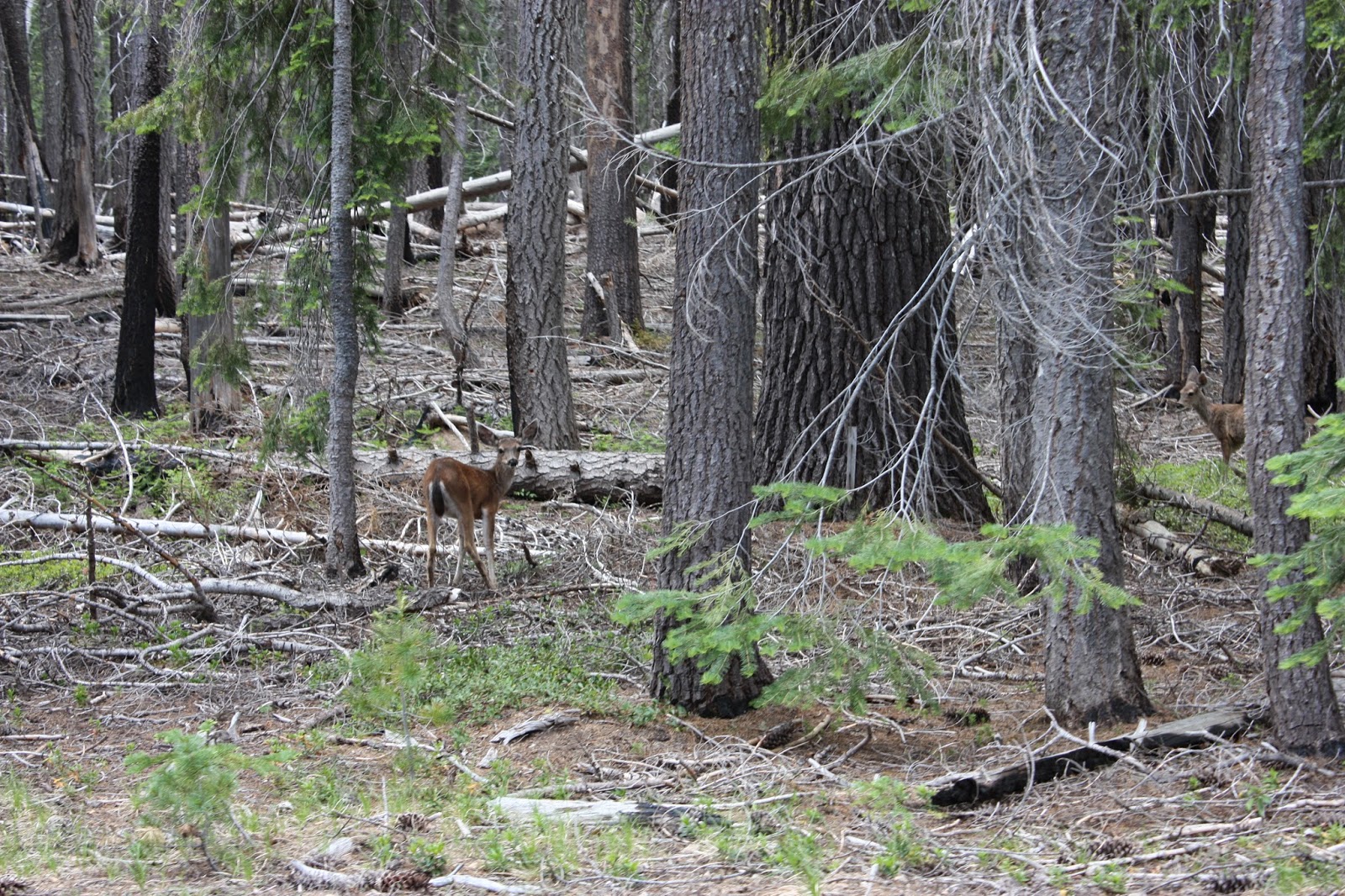 I had to include the beautiful photos of journey to Crater Lake.  We stayed in Roseburg, OR and took OR-138, which followed the Umpqua River.  Mark had read about this in a book.  It was supposed to be one of the most scenic places in America.  I understand now why it was mentioned.  It was spectacular.  The road curved along side the it so we had incredible views of the running river.  The river was rushing over rocks, but I only managed to get photos where it was not rugged or rapids.  Again, as for so many places we visited on this trip, I couldn't capture the natural beauty of the river in my photos, but I tried. 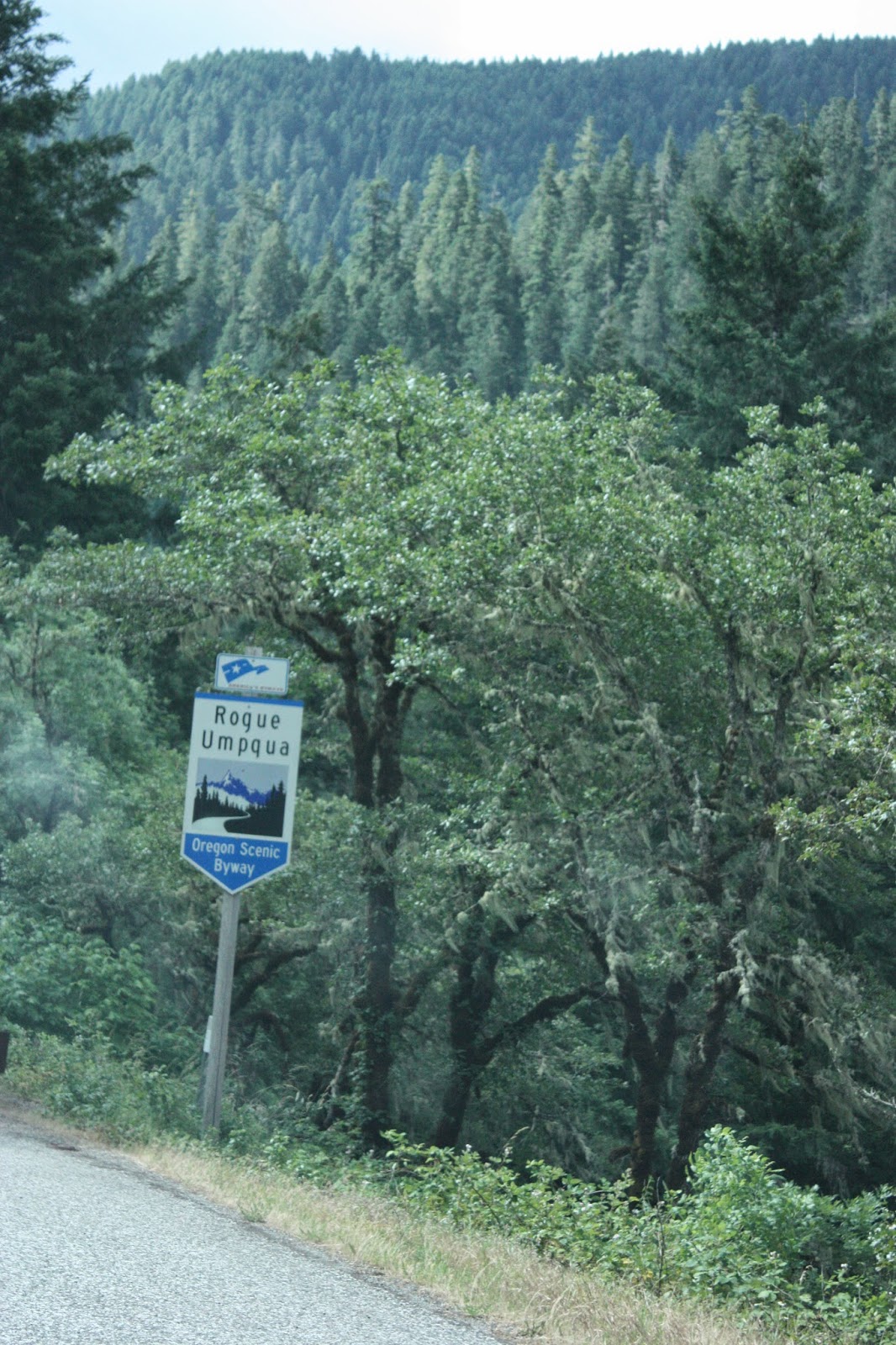 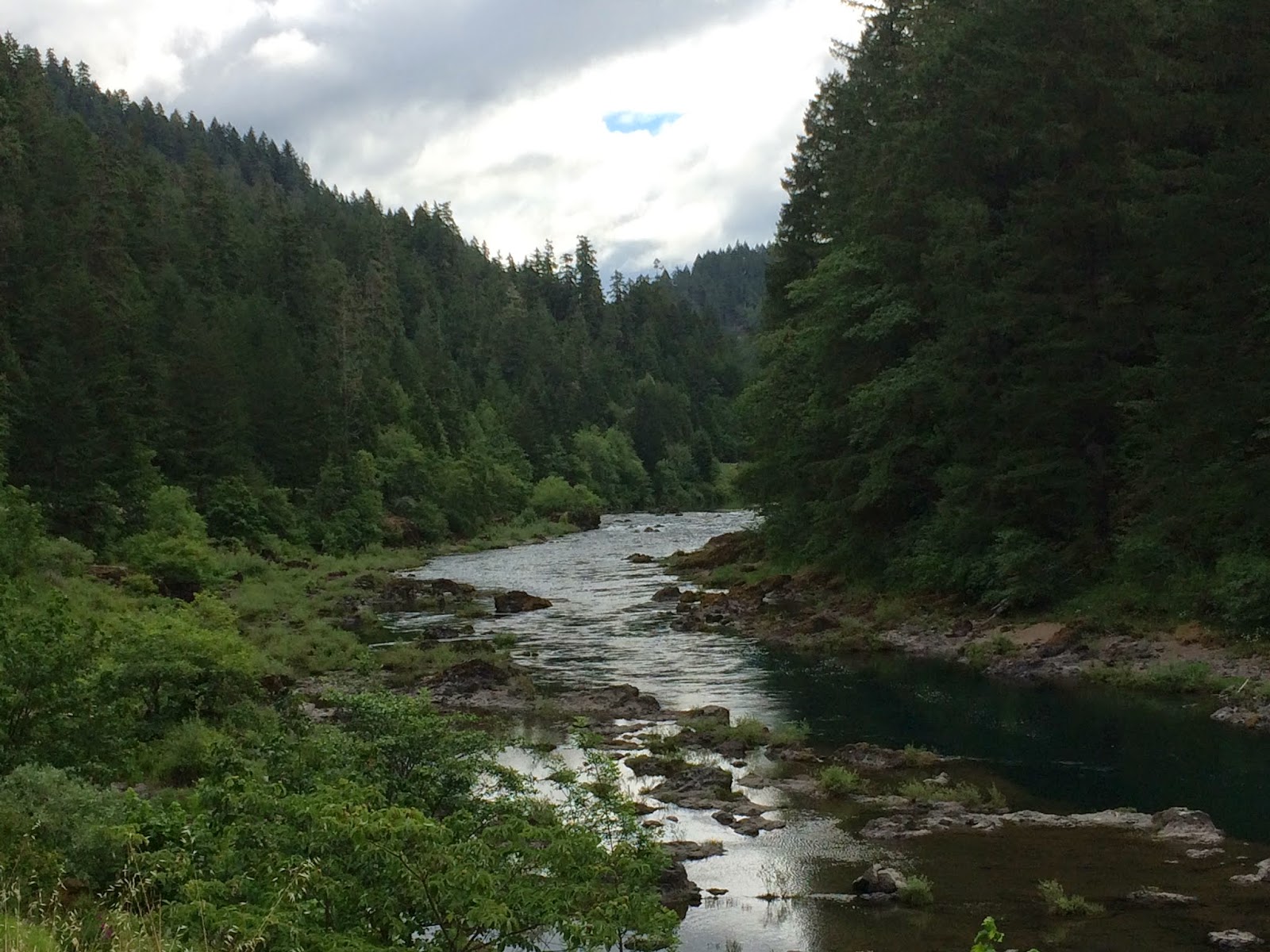 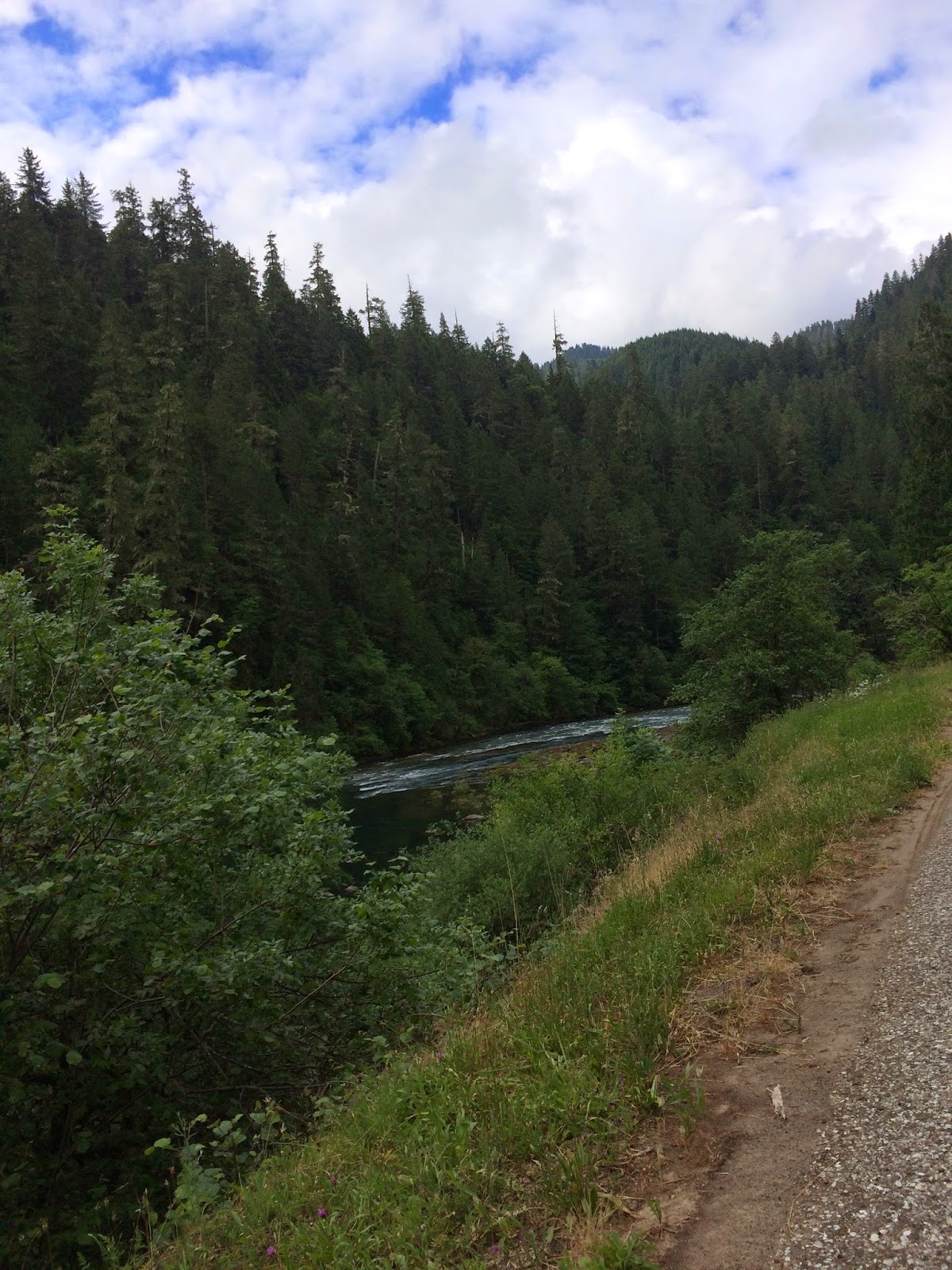 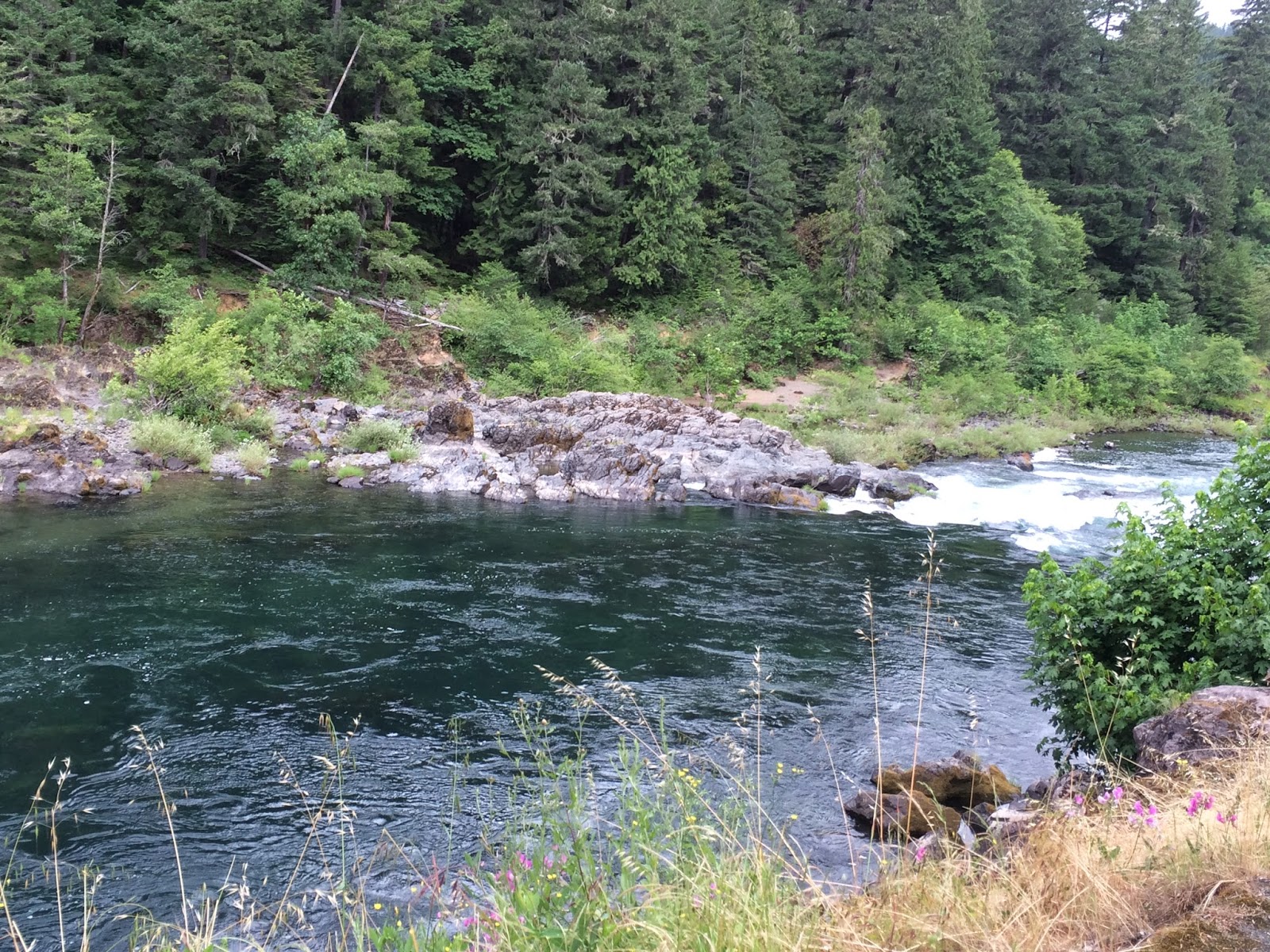 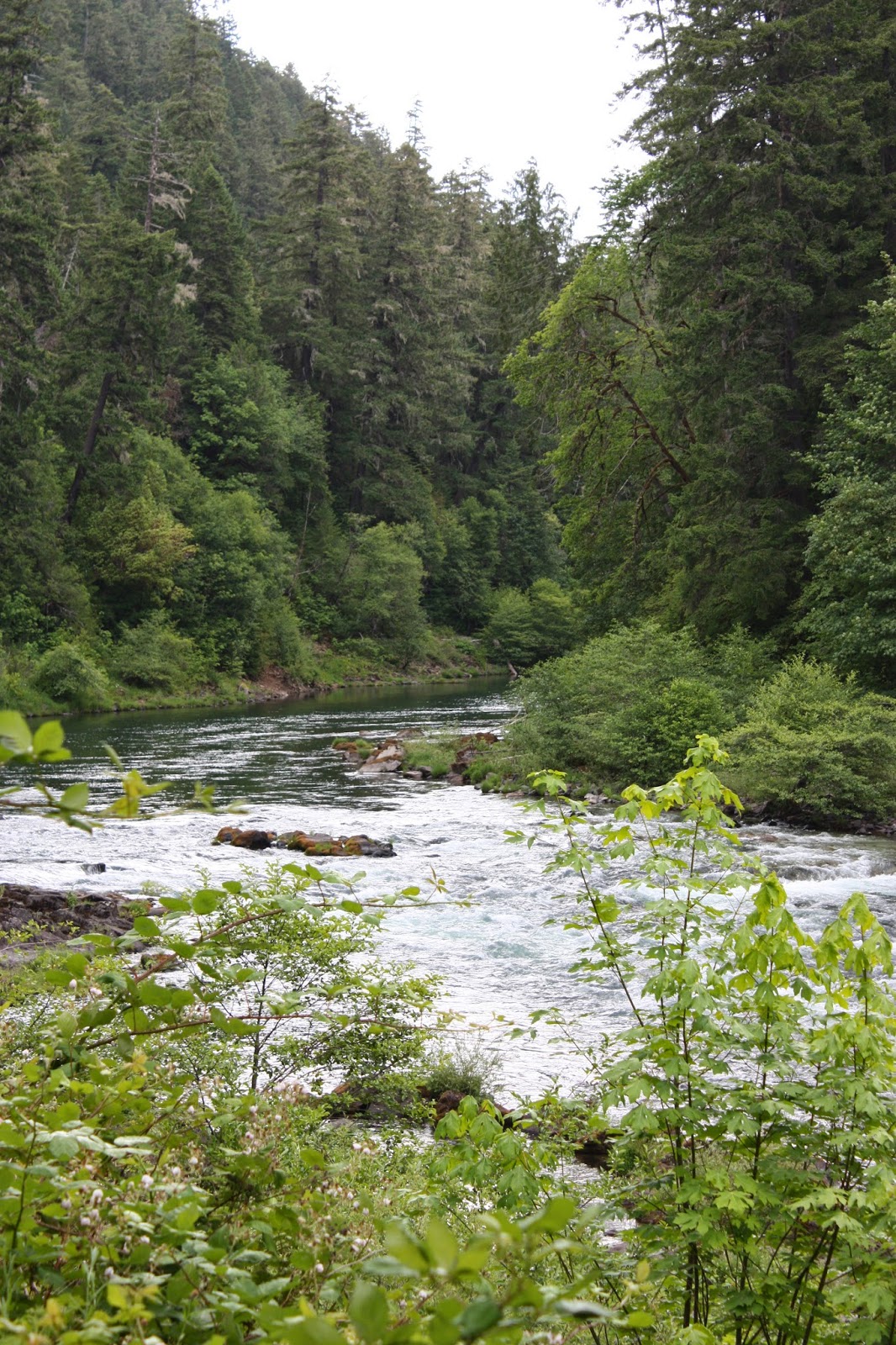 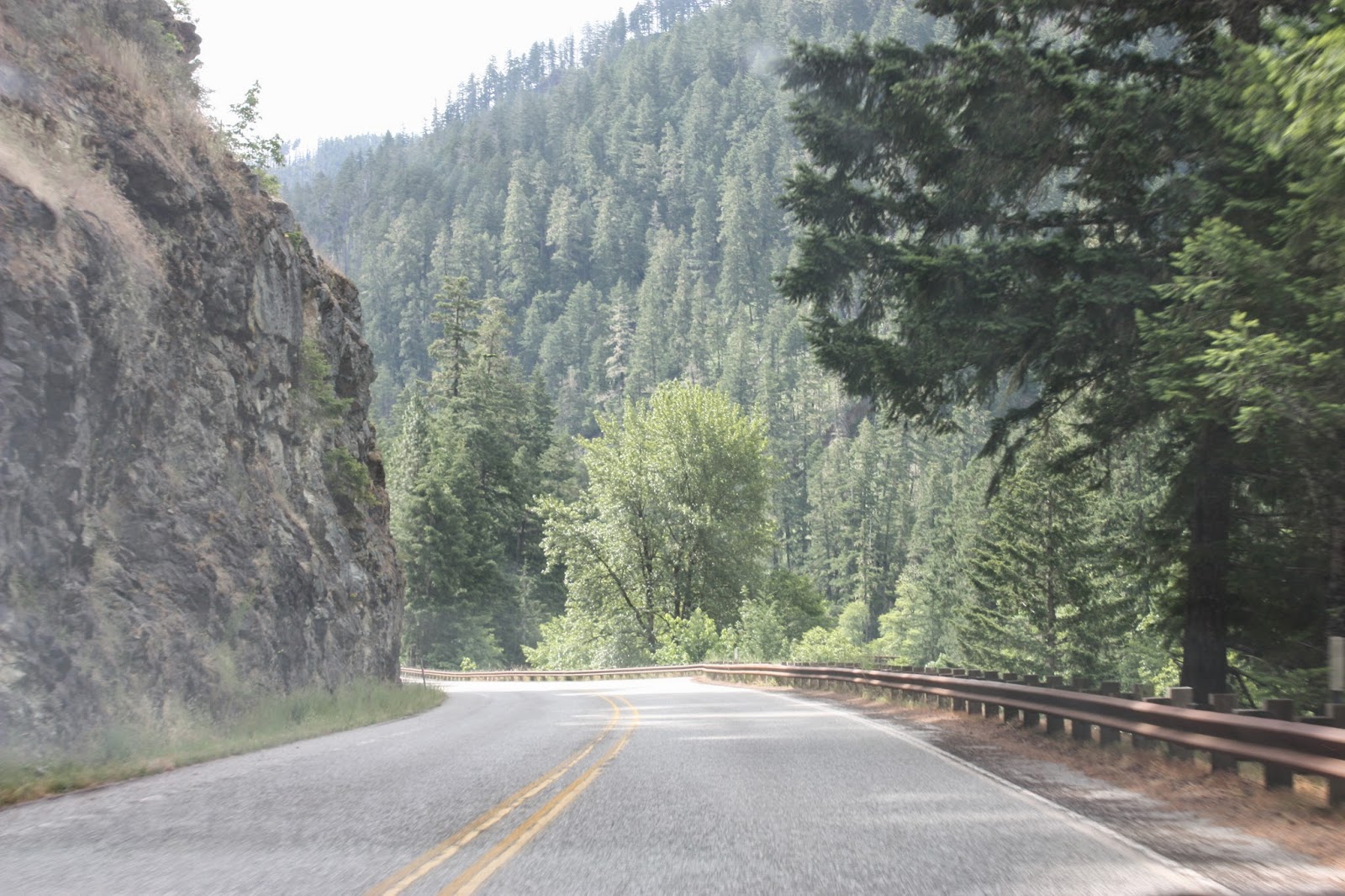 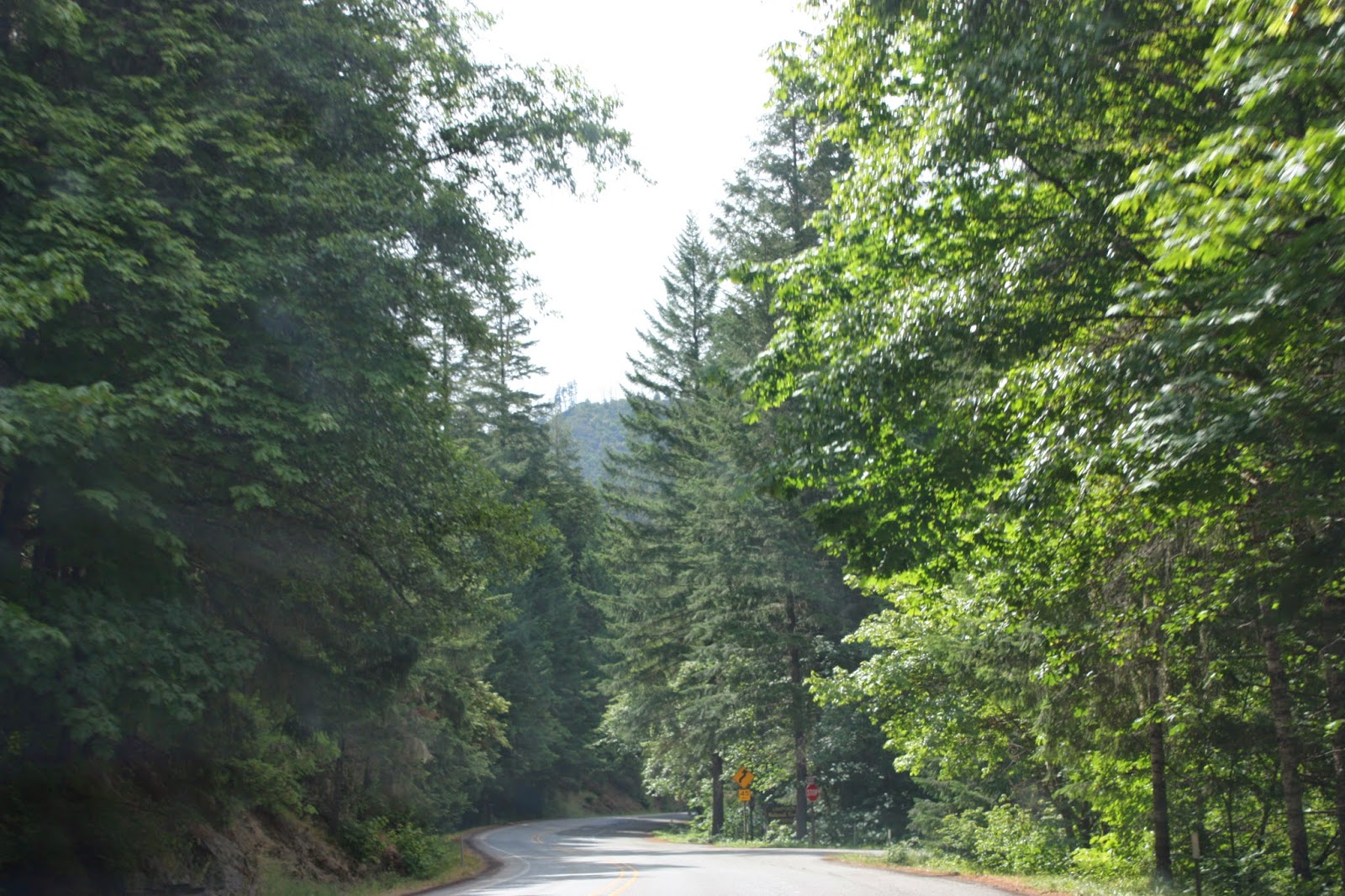