By the time we made it to Joshua Tree National Park on June 22nd the quota for appreciating nature had been met for Will and Ben.  I can understand their lack of interest since this was our fourth National Park to visit.  At their ages you can't expect them to fully value the experiences they were having.  Mark and I understood that so we didn't get upset at their lack of enthusiasm.  Even if the boys didn't appreciate it, we definitely did.  I thought the desert was beautiful.  The Joshua trees and rock formations were unique and unlike anything we'd seen on our trip.  The funky trees and odd rocks were like something out of a Dr. Seuss book.

The stop at Joshua Tree National Park was possible because we chose to head home on I-10 once we left Anaheim.  The park is located just off the interstate.  We took I-10 to the park and exited through the north and hit I-40 to continue making our way back East. 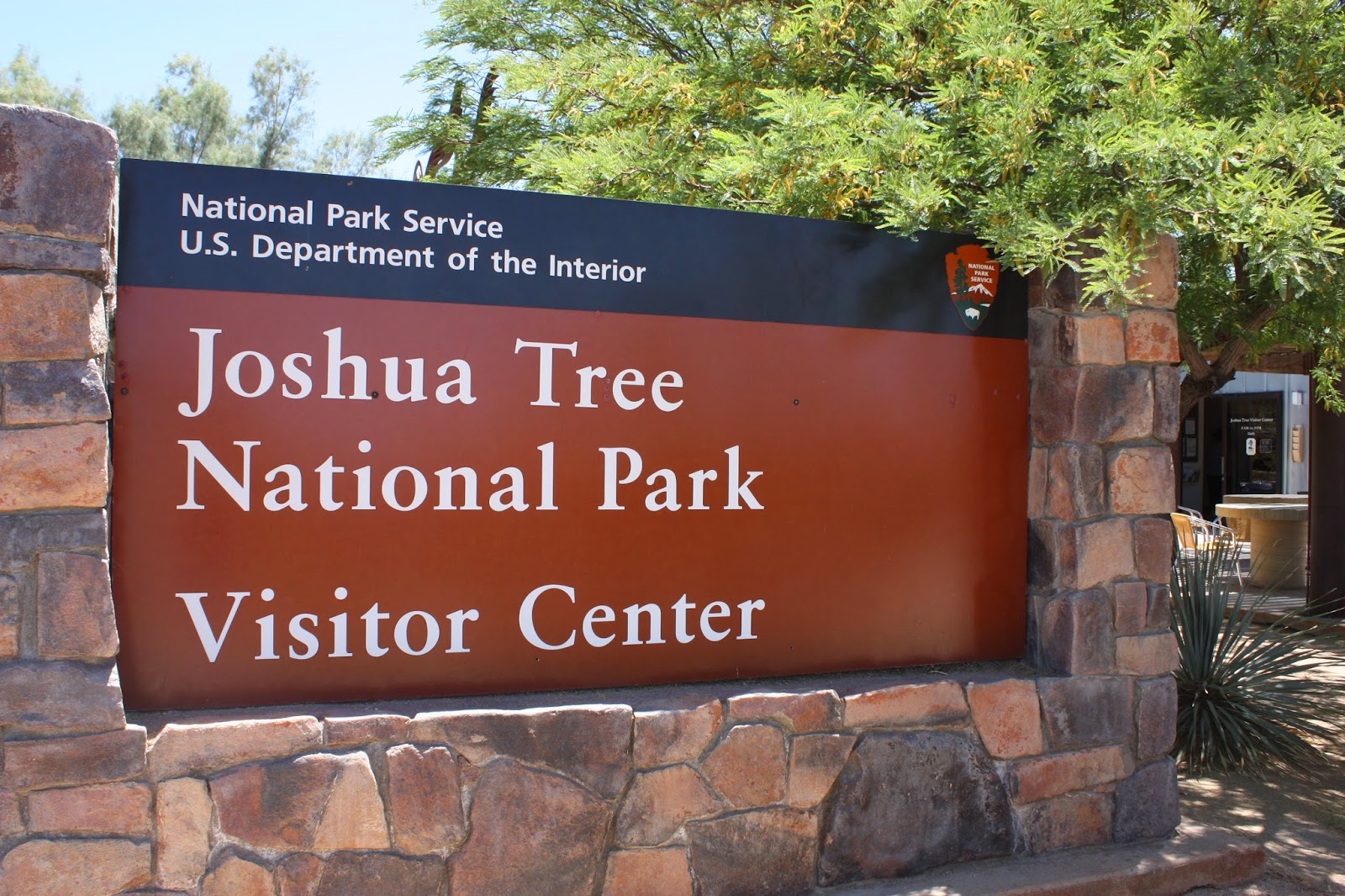 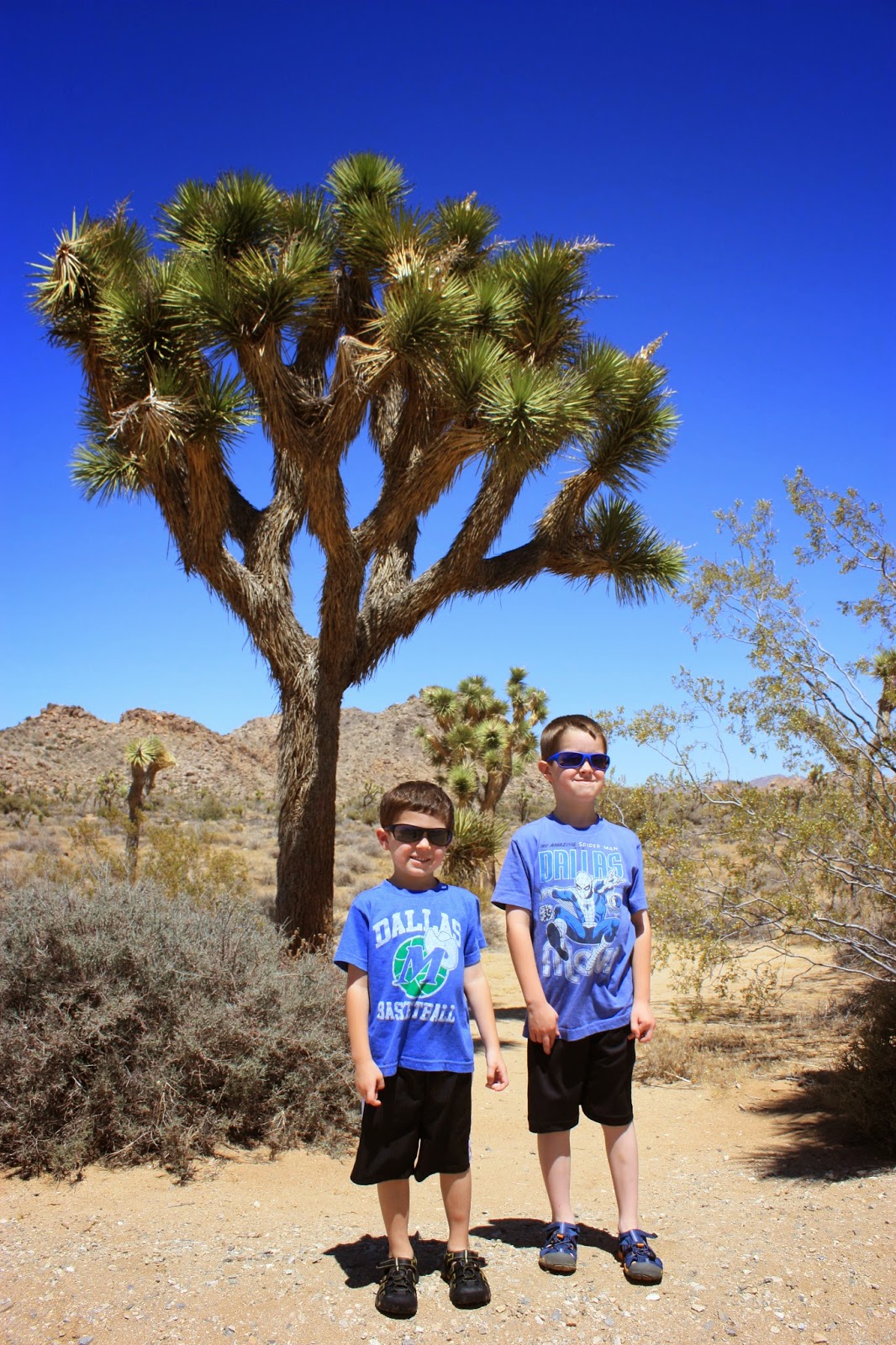 Will was really proud of his Passport Stamps. The big stamp is a desert tortoise, which we did not see.  We learned a new word from the park rangers--estivate (or aestivate) estivation is like hibernation but in the summer they spend time in burrows to avoid the desert heat. 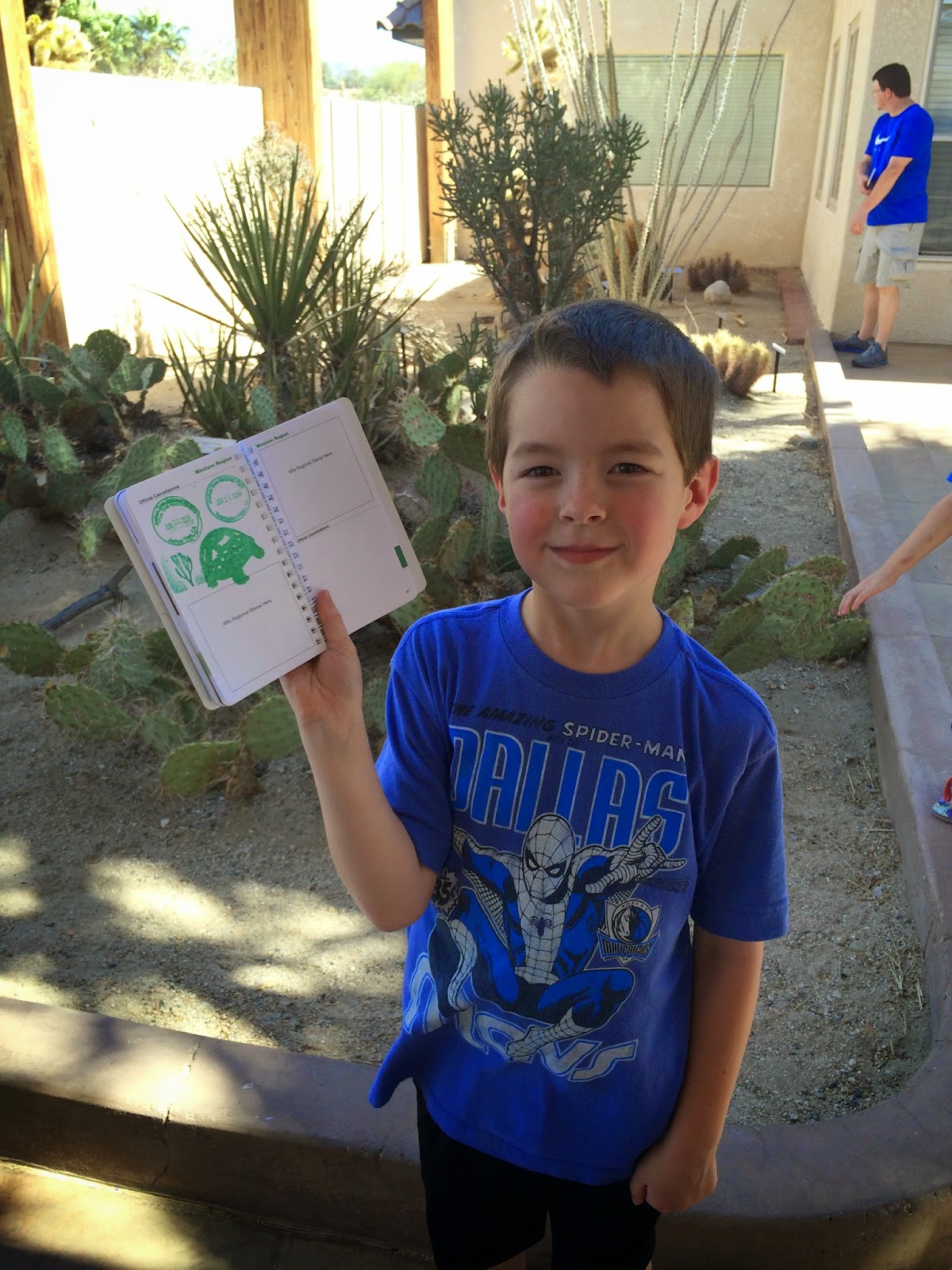 Ben had fun looking at all of the stuffed animals.  He picked up every little creature he could find and wanted me to take his picture with them. 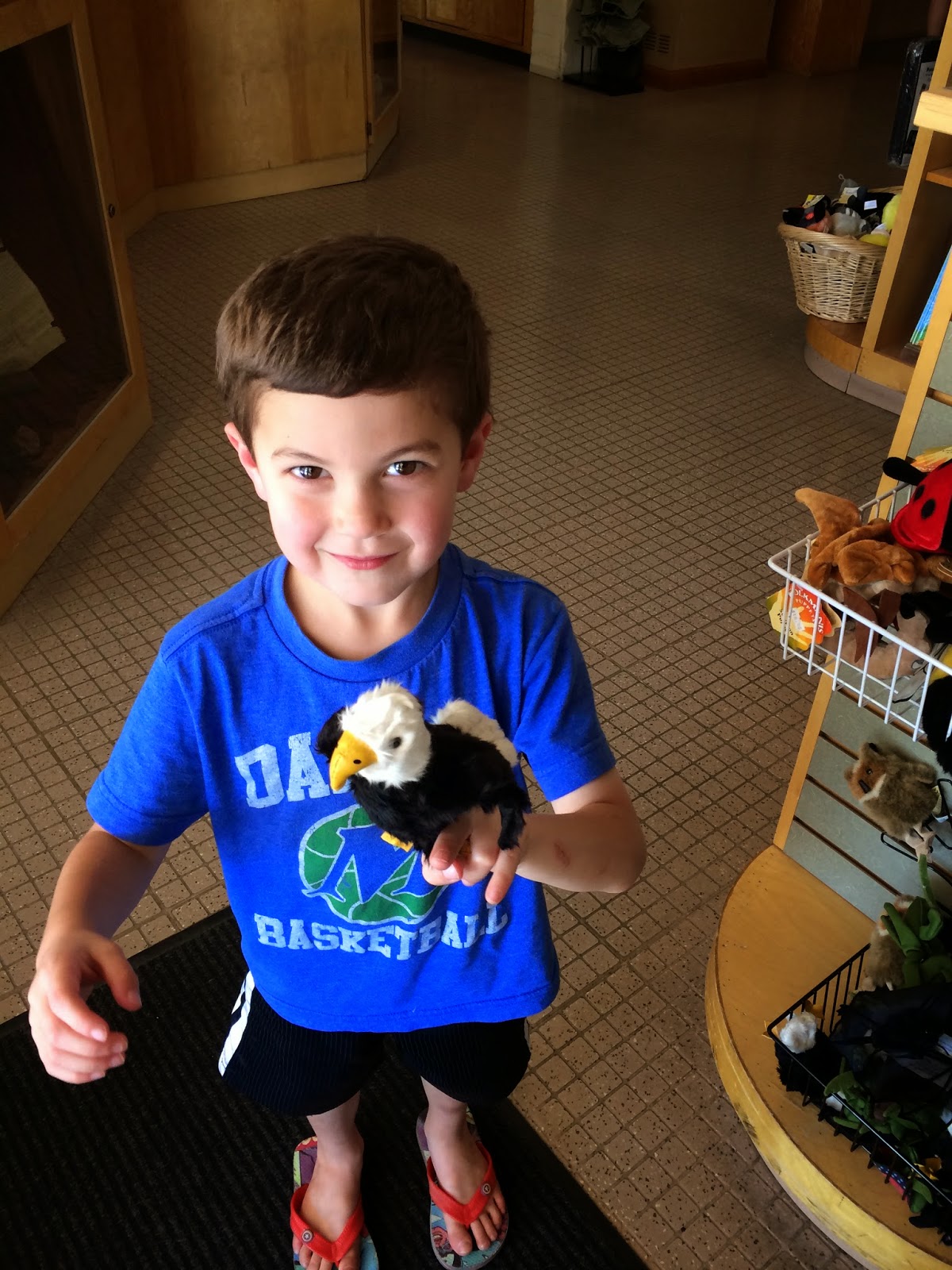 We didn't make a lot of stop for photos.  This is one of the few times we stopped. 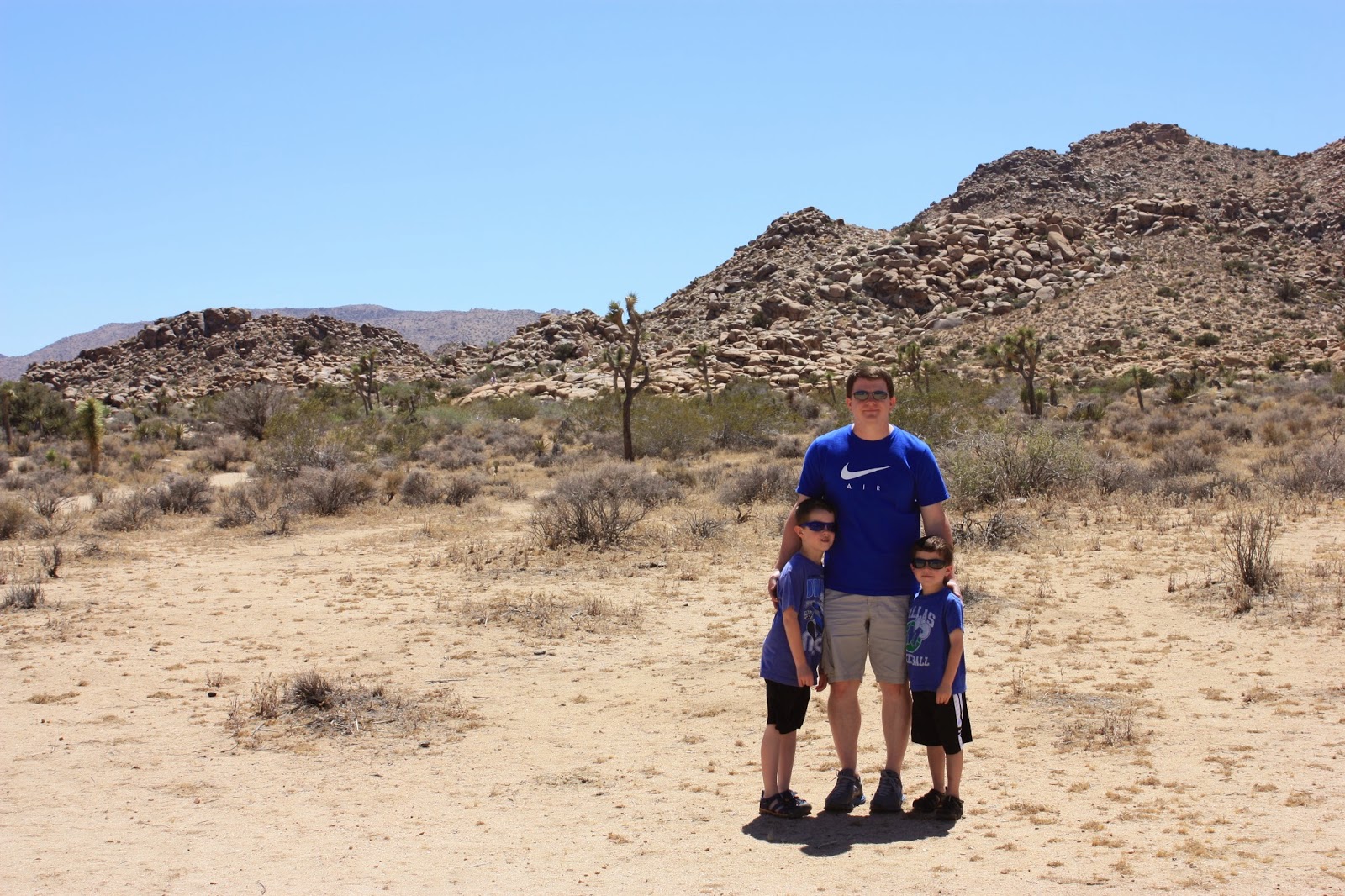 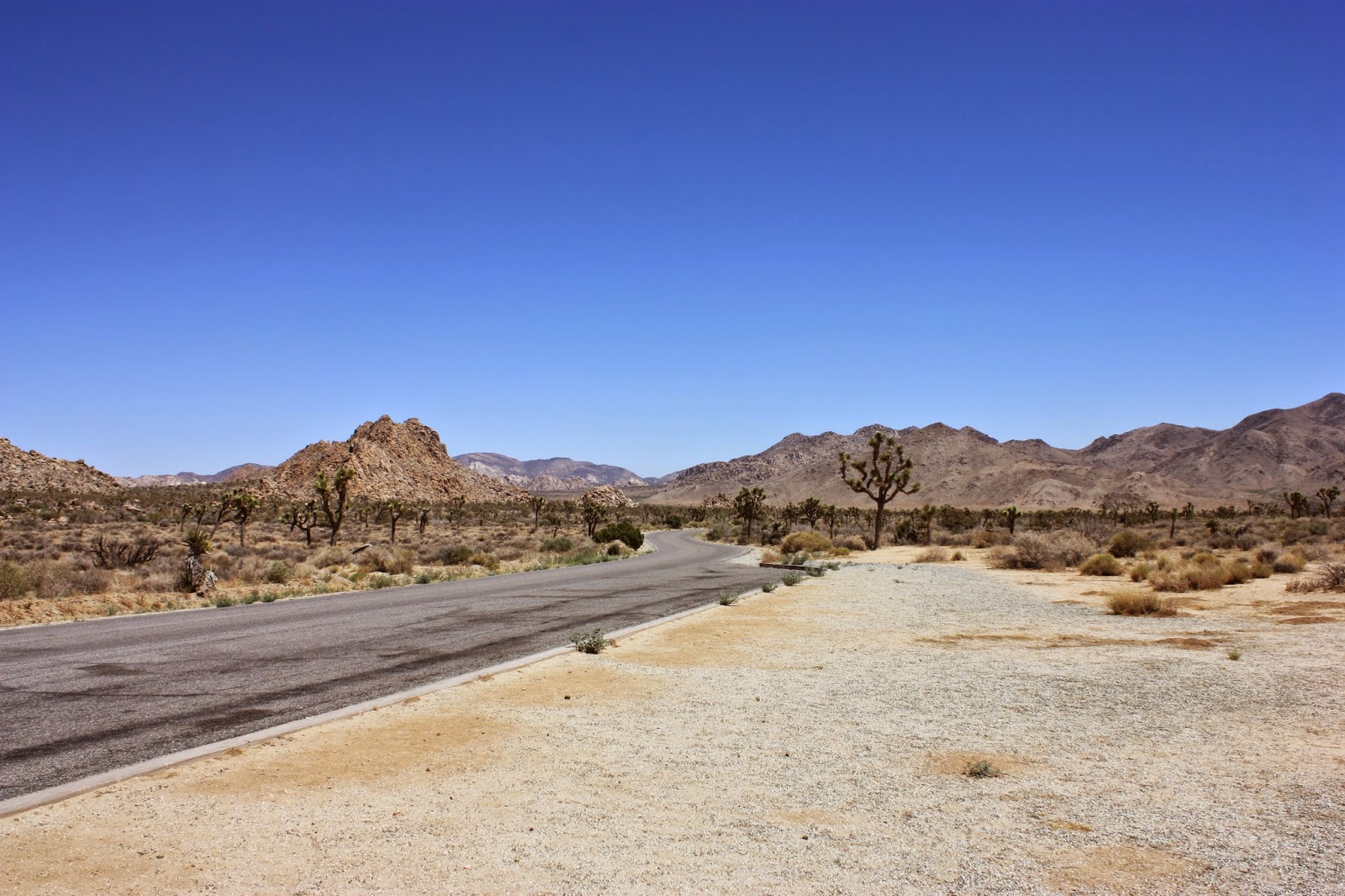 Can you see Will?  He's in the shadow of the tree. 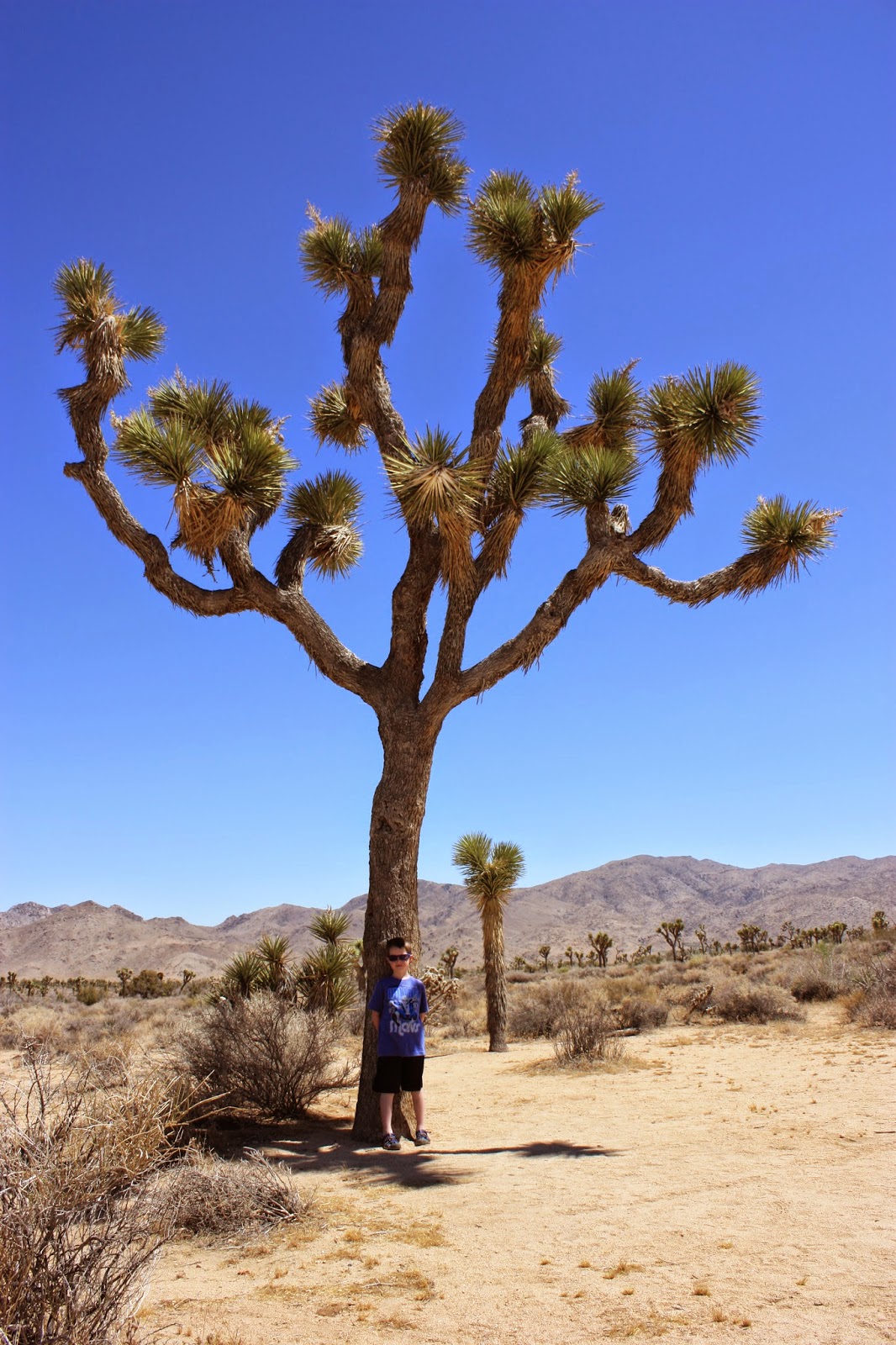 The desert was one giant sandbox for Ben.  I love this photo. 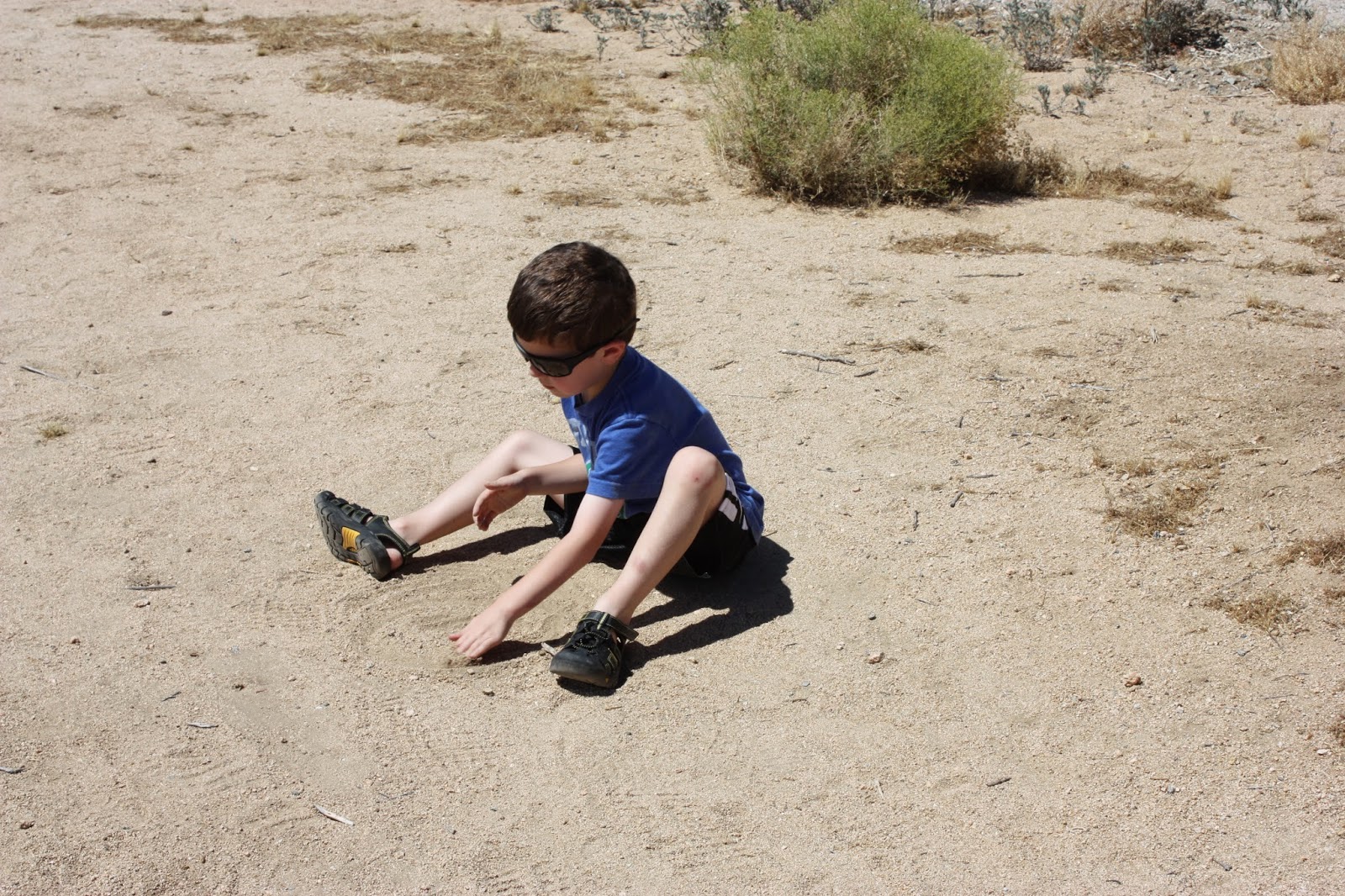 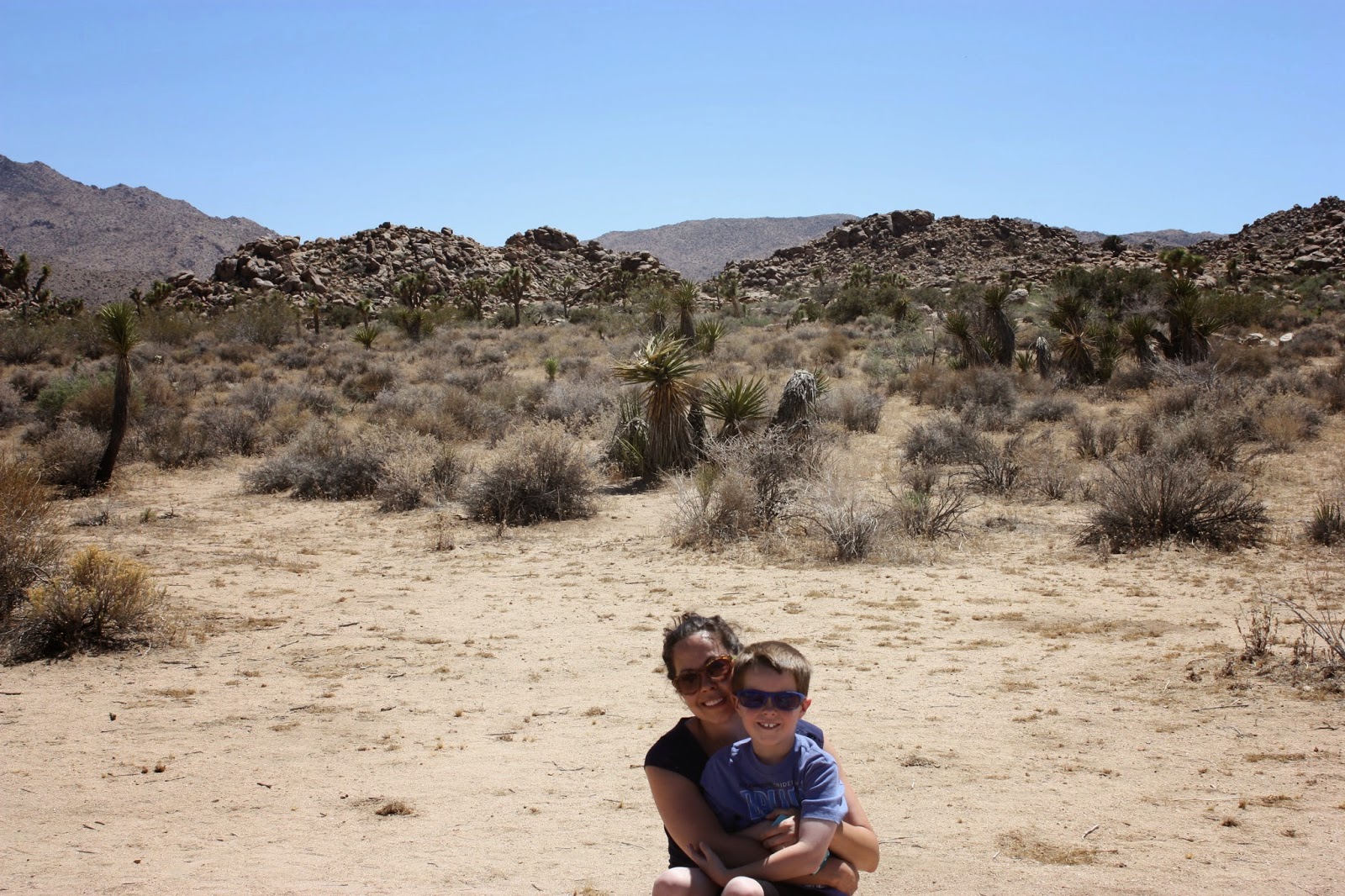 In some places the Joshua Trees were more abundant, like here. 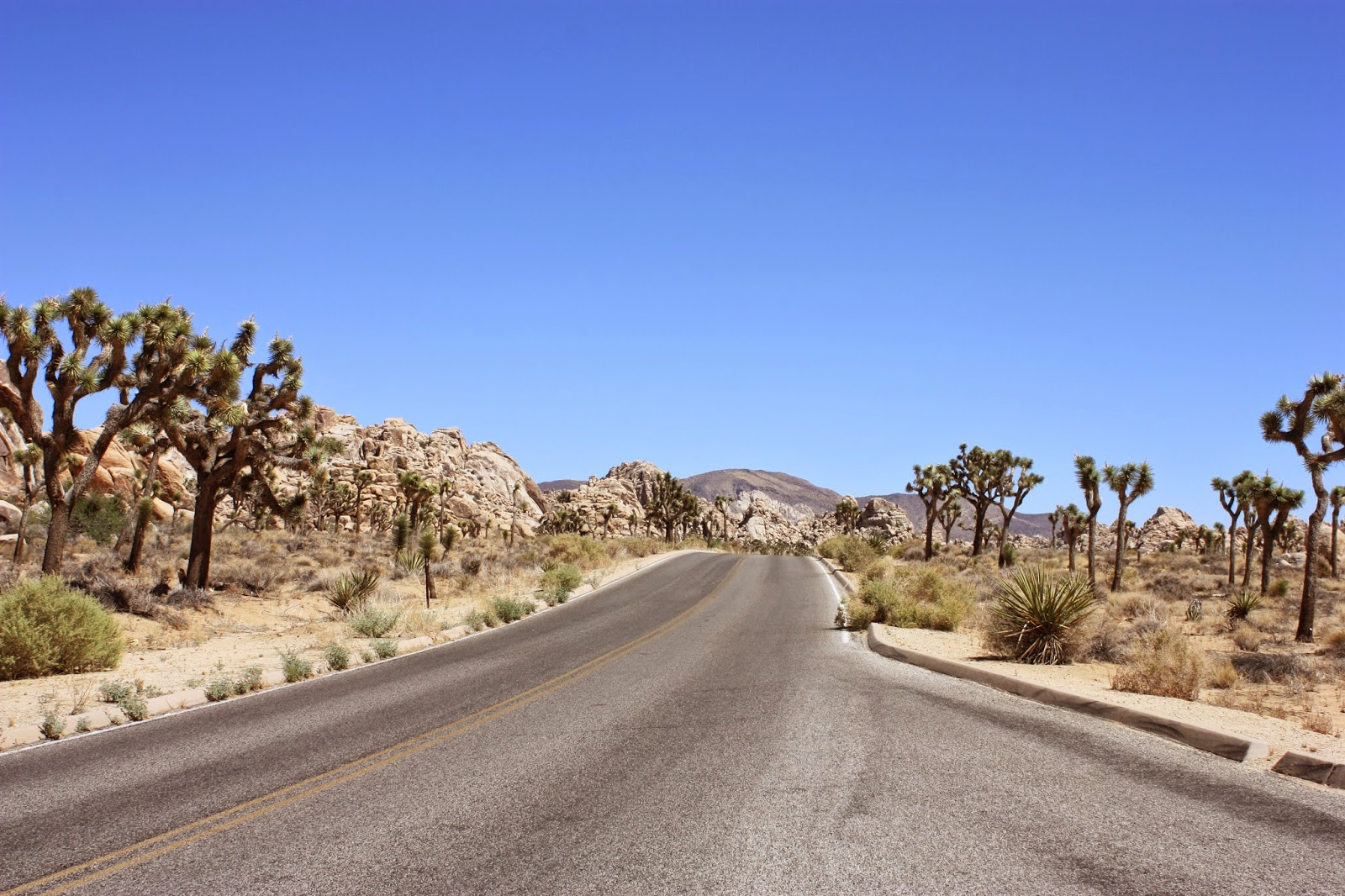 I didn't know that these rock formations were a big part of the park.  I just thought it was the trees.  Now I know differently. 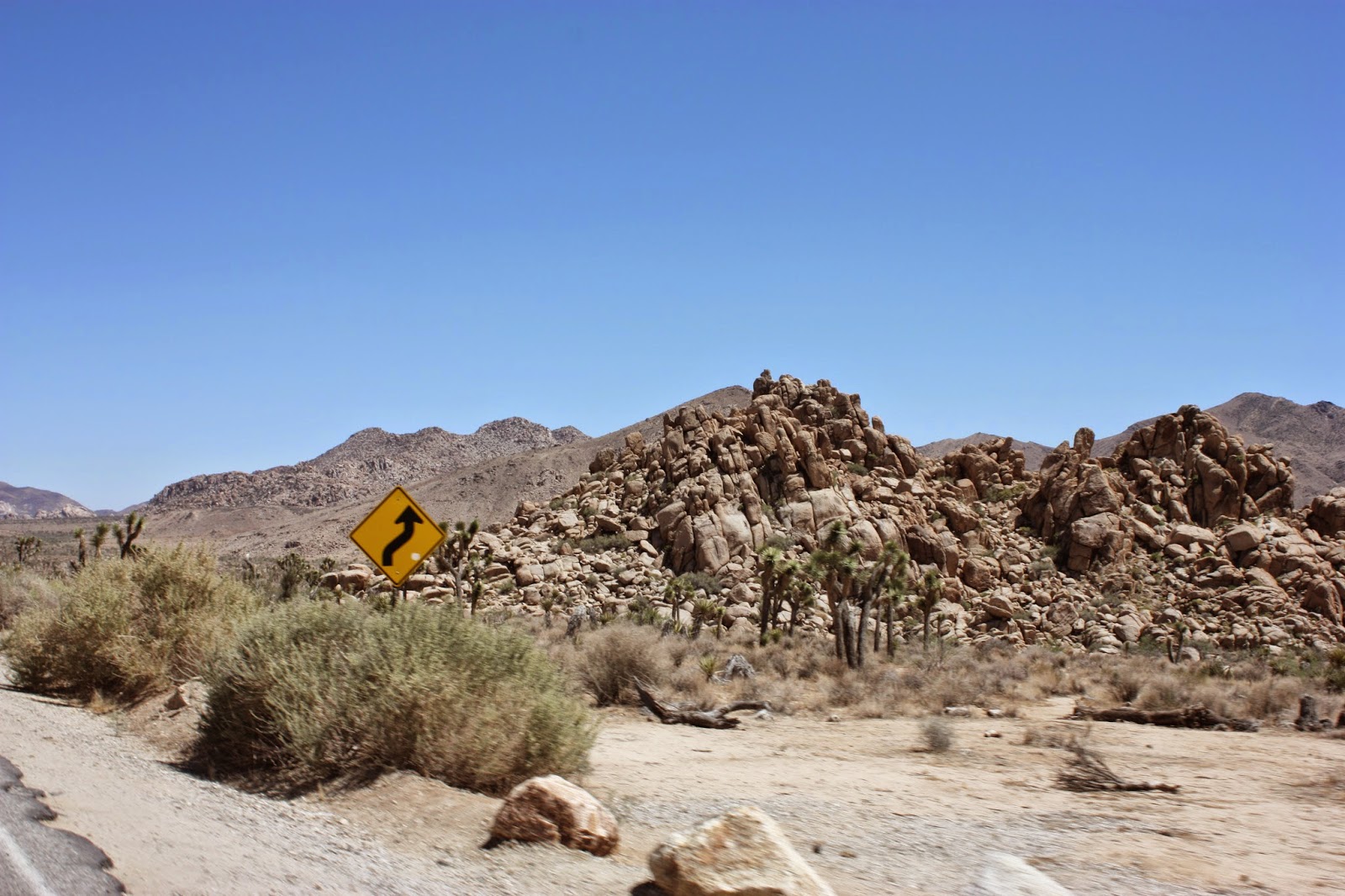 One of our family photos taken with the timer.  We were in the middle of the desert.  There weren't a lot of people around that we could ask to take a photo of our family so we got creative. 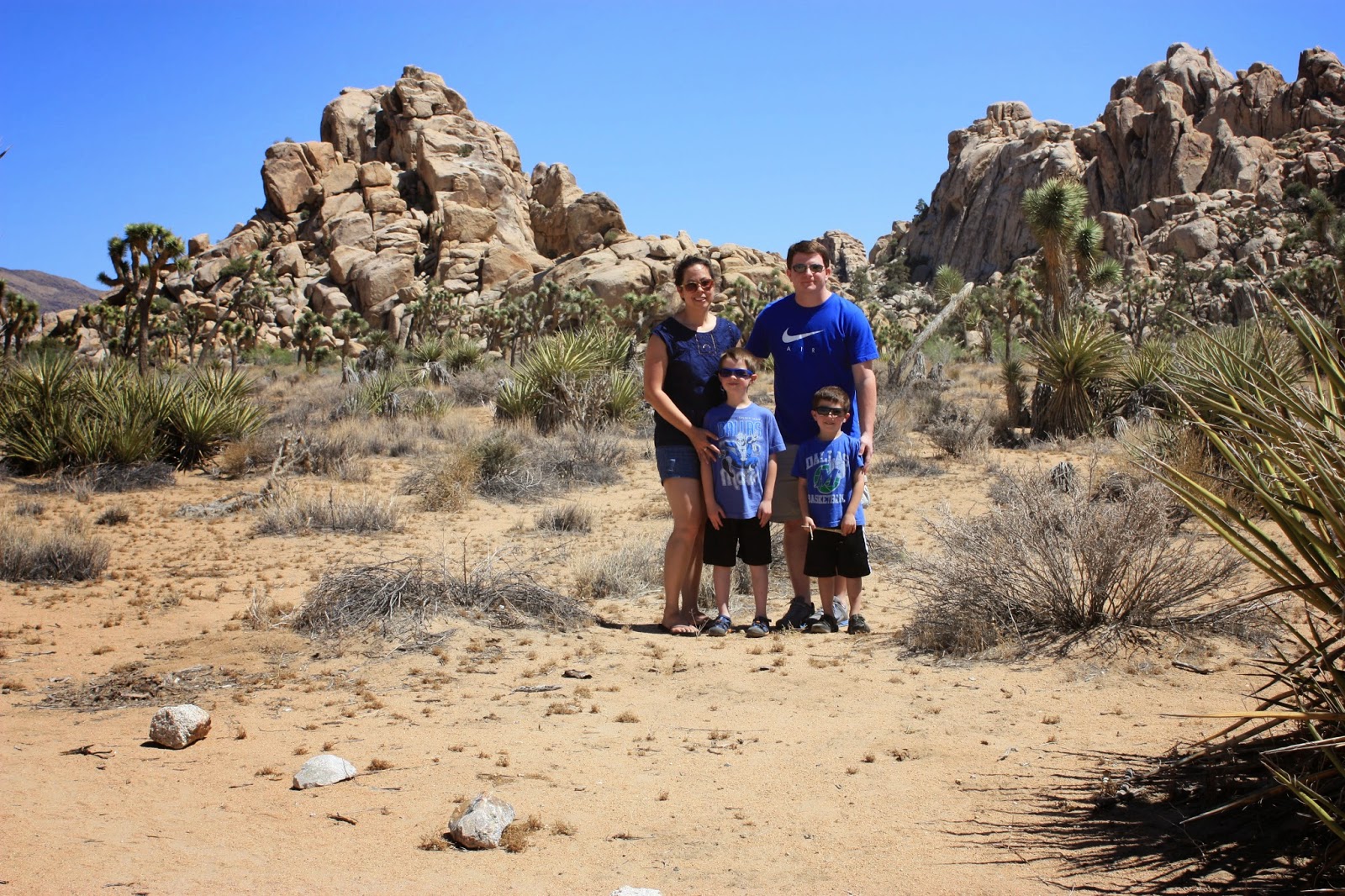 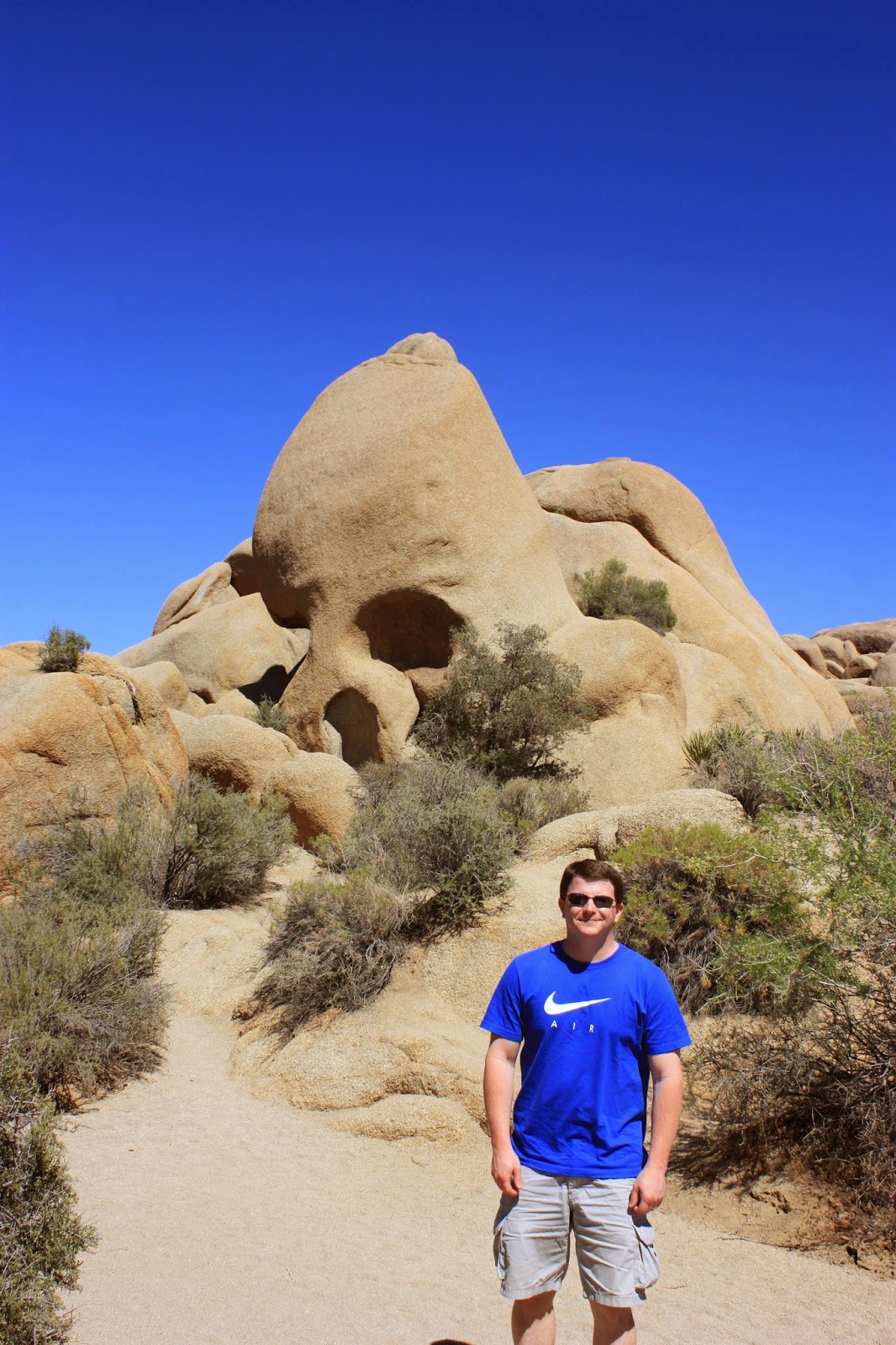 We are about ready to exit the park.  Ben is excited! 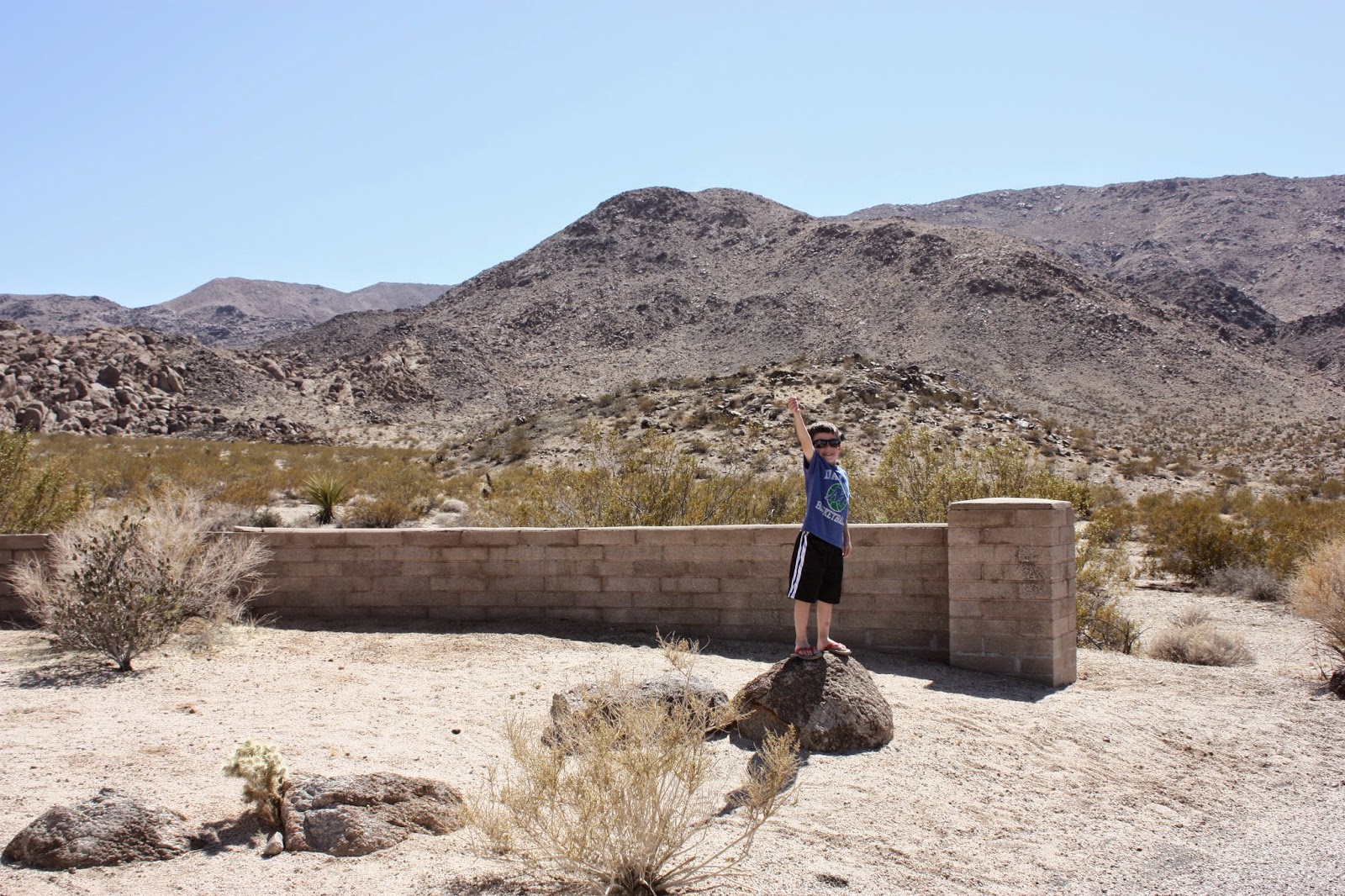 Look closely at Will's face.  He was so over the desert at this point.  Anytime we wanted to get out for a photo or to take a short hike he said it was too hot.  I guess my answer was along the lines of Love and Logic, but my response was "We're in a desert.  It's going to be hot."  I couldn't think of a clearer explanation. I guess we can gather that Will was not a fan of the desert environment.   That's ok, to each his own. 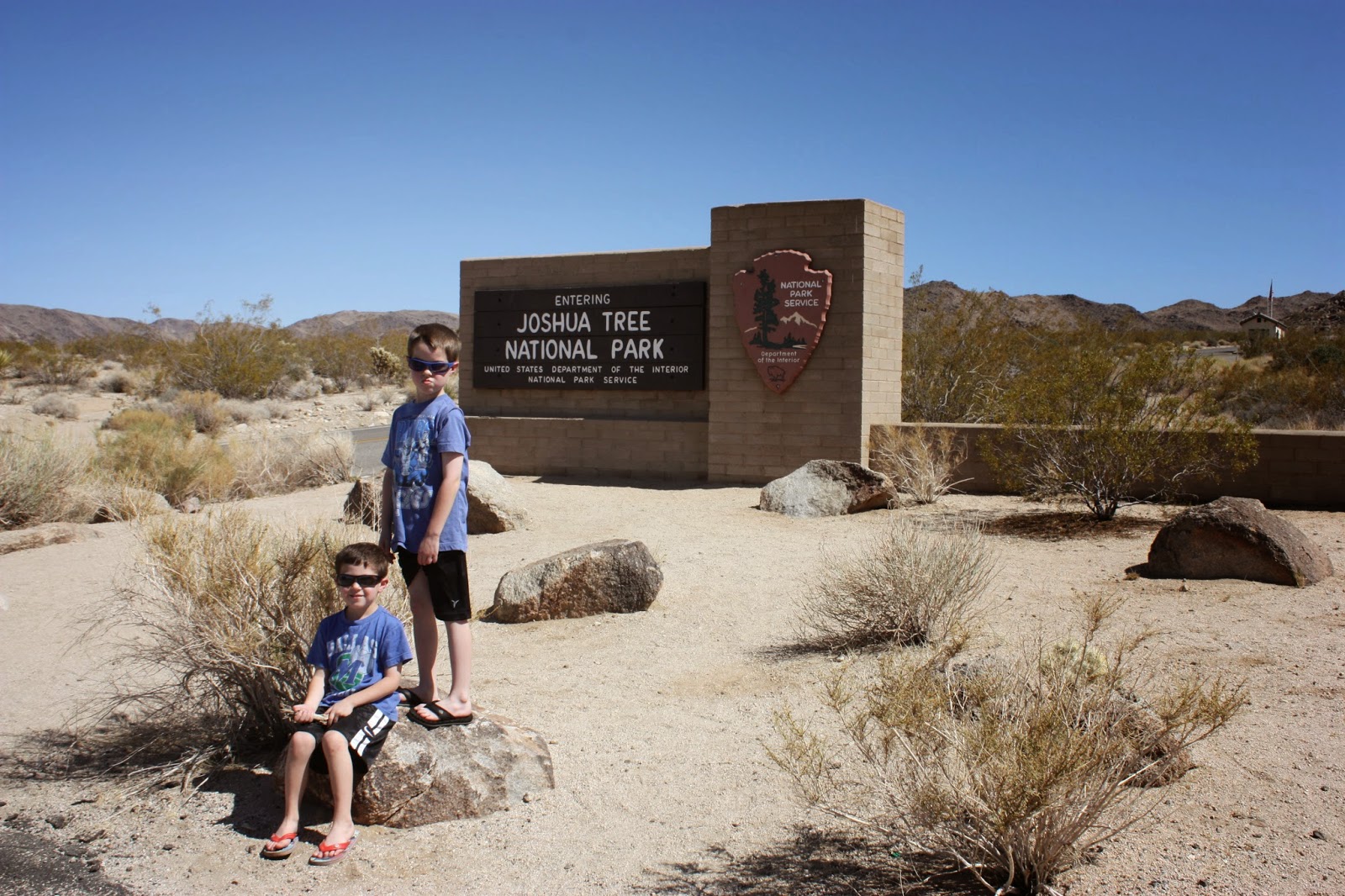 This is one of my favorite photos from the day and also from the entire road trip.  I shared this on Instagram.  I haven't played around with any photo editing programs, but I'd like to put some different filters on some of the photos we took at Joshua Tree.  I think they'd turn our really cool with the desert background and trees. 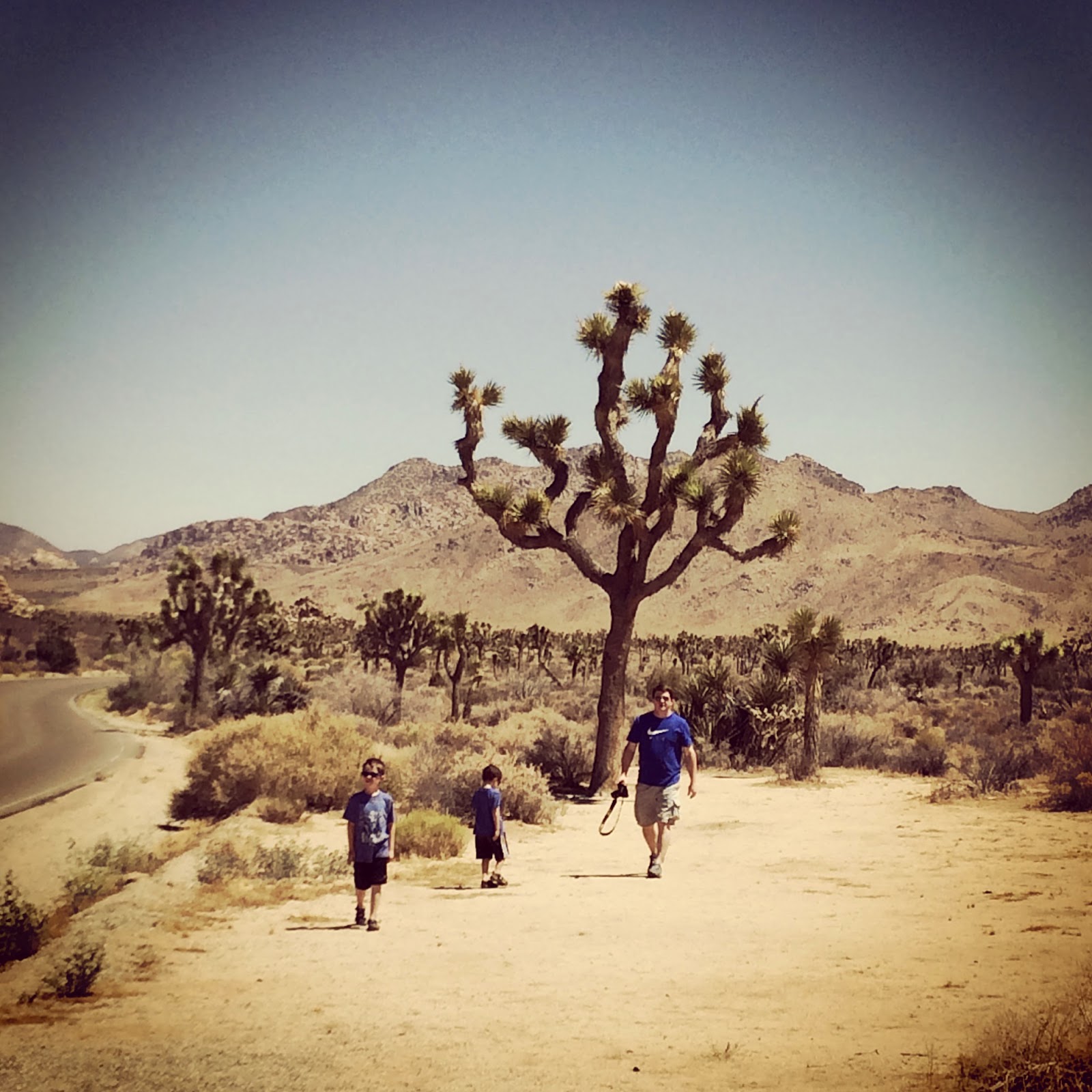