We did it!  Our final game of the Rangers West Coast Road Trip was on June 21st!

Like all of the other games we attended the Rangers lost, but we had a great time and made some memories.  If I had to rank all of the ballparks we visited, Angel Stadium would be second.  I loved Safeco in Seattle, and I didn't like O.co at all.  Angel Stadium was nice.  Mark said it was once owned by Disney so it was "Disneyfied" and you could tell by the exterior details and the big waterfall in the outfield.  We met some fellow Texans outside and they took our photo. 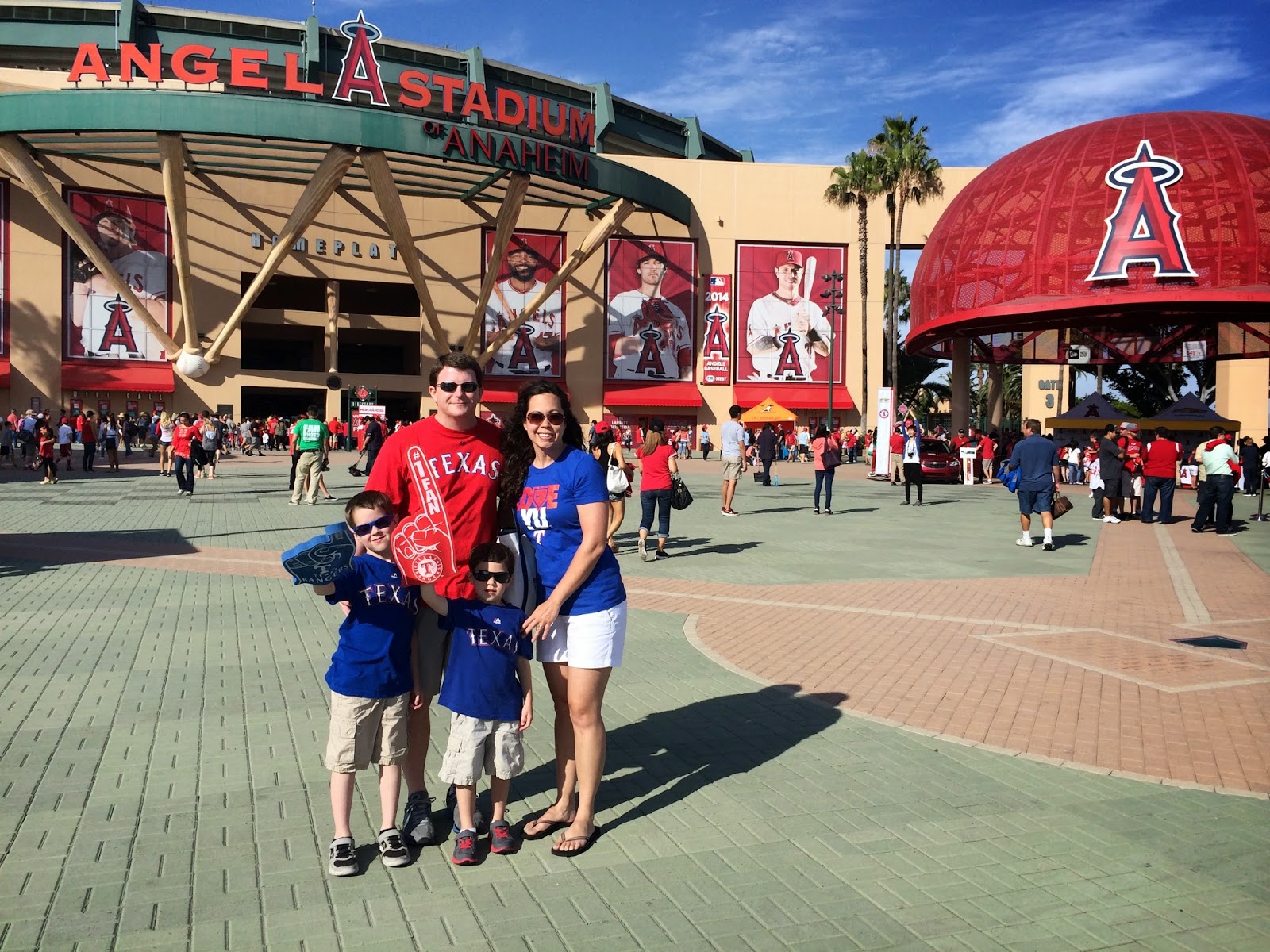 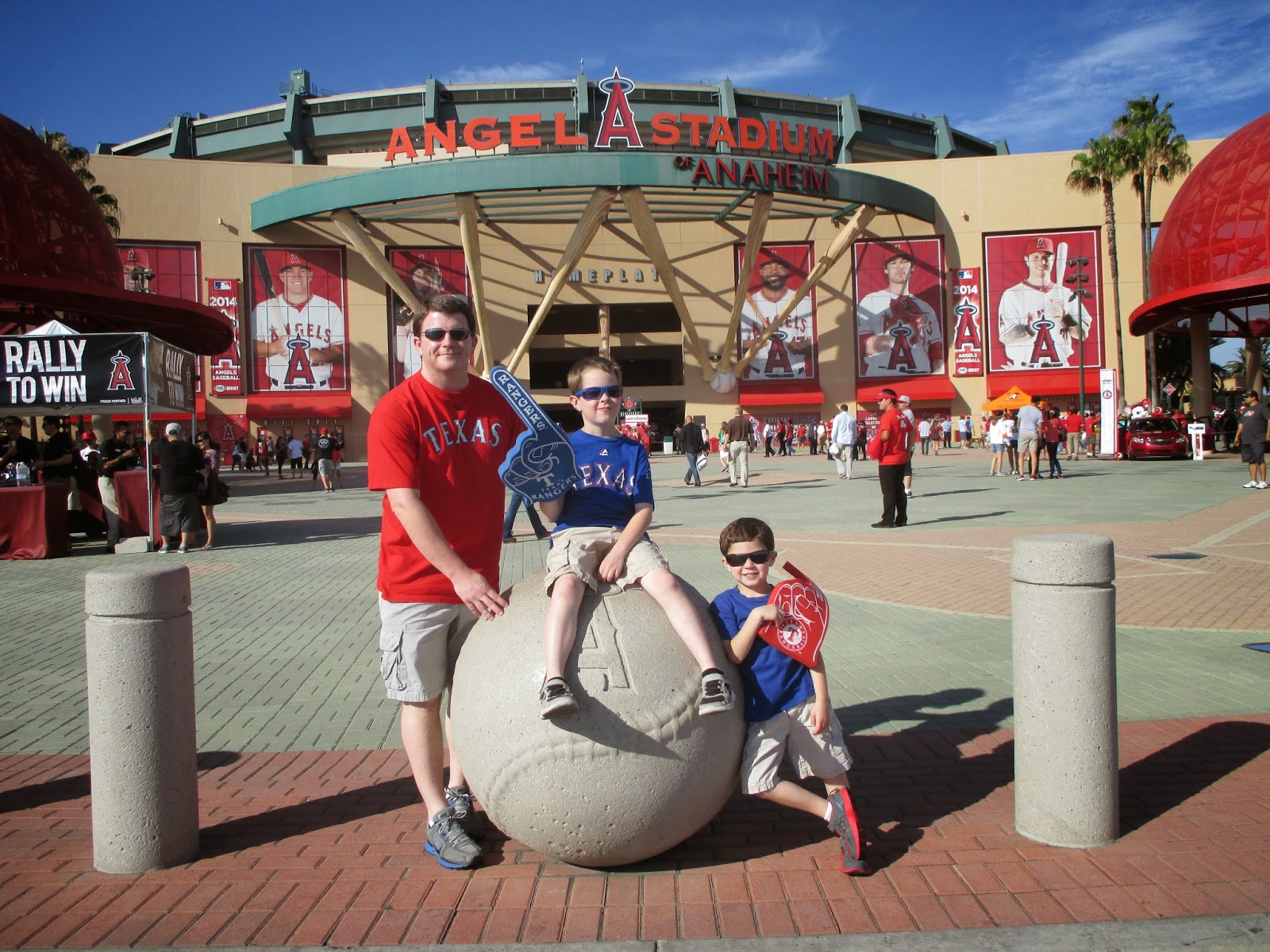 Ben's ready for some baseball! 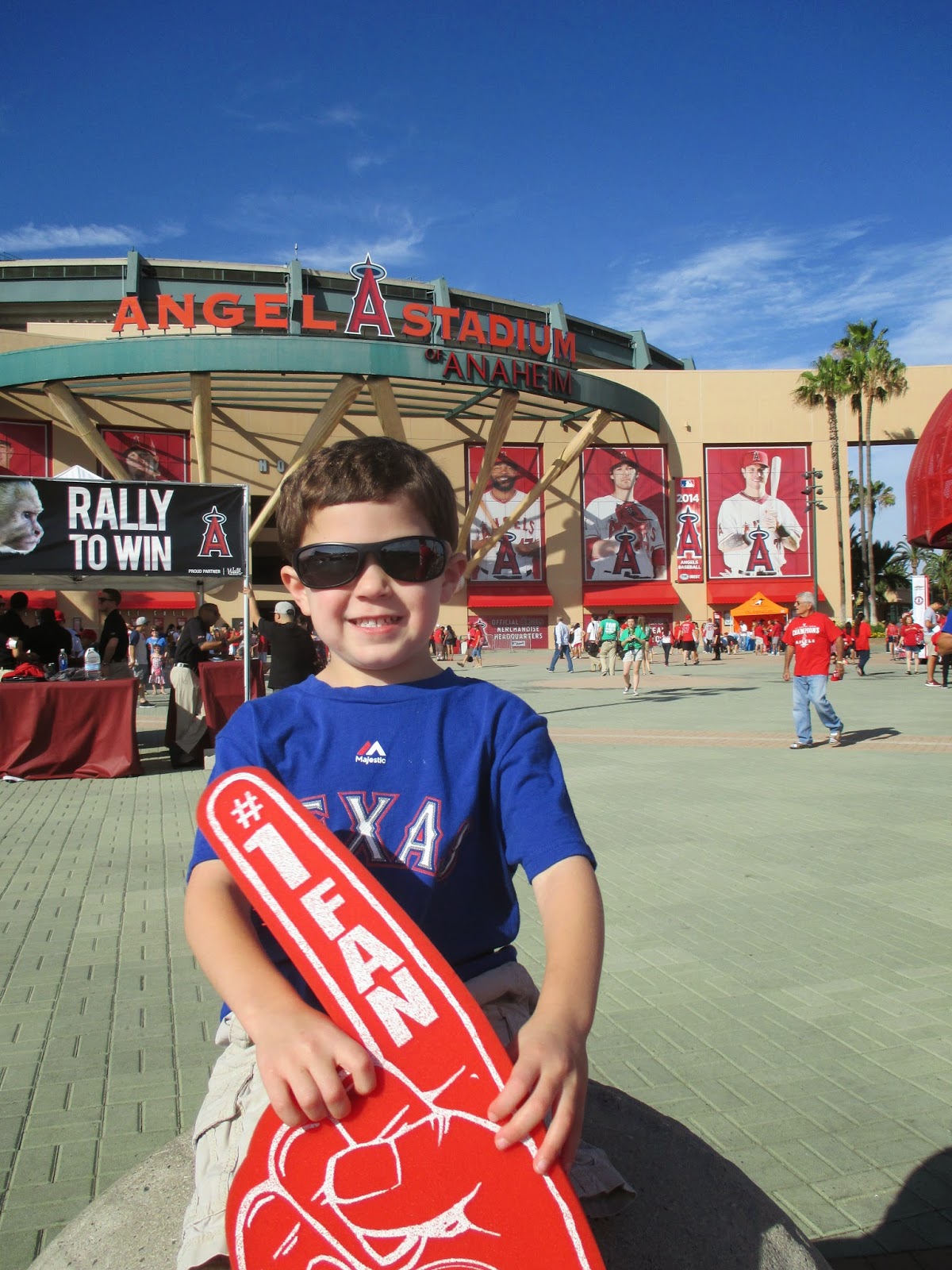 When Will saw the sign for the stadium he told us it looked like "Angela" Stadium instead of Angel.  I can see how he thought that with the big A in the middle.  Kids have really funny observations. 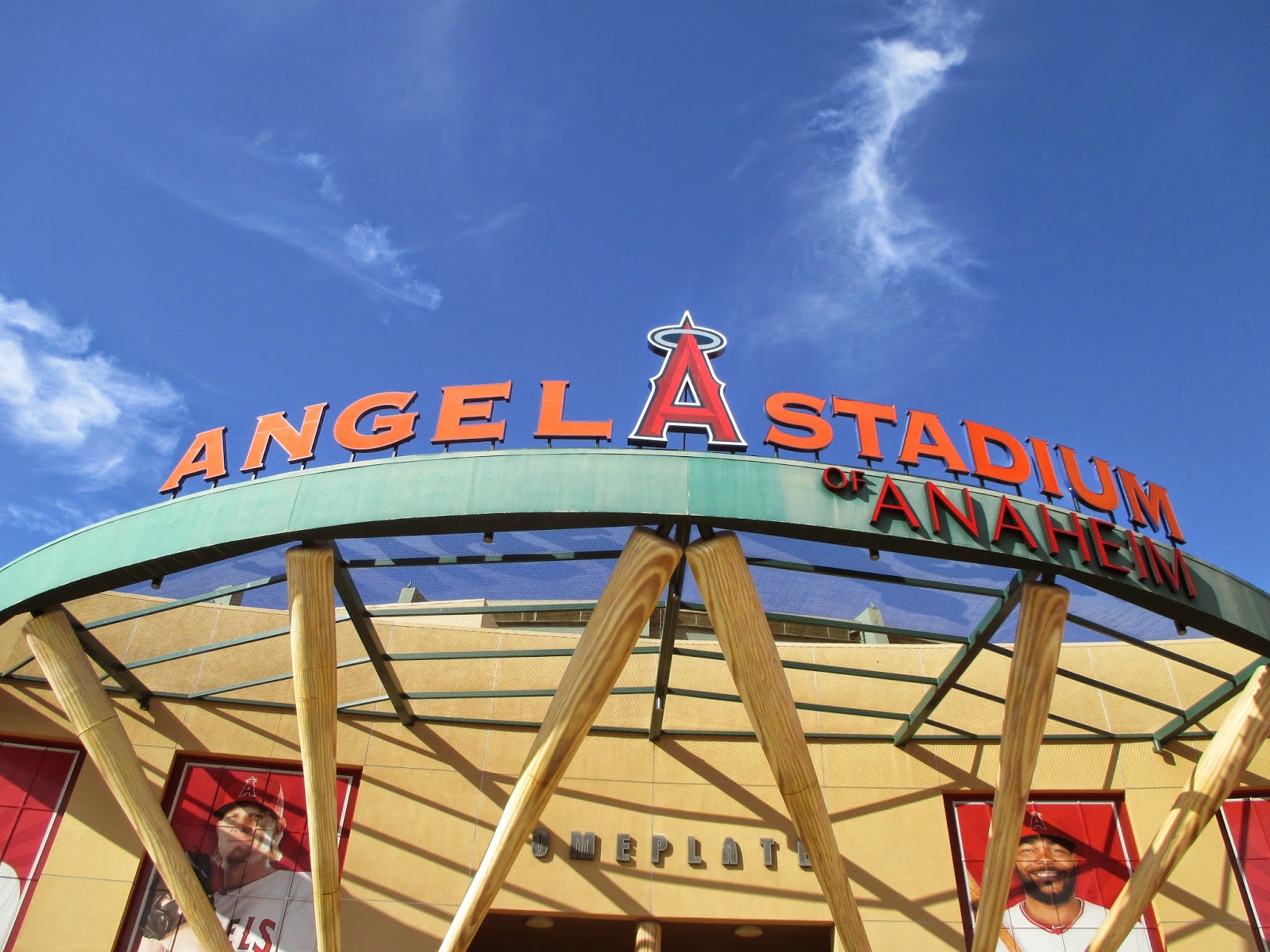 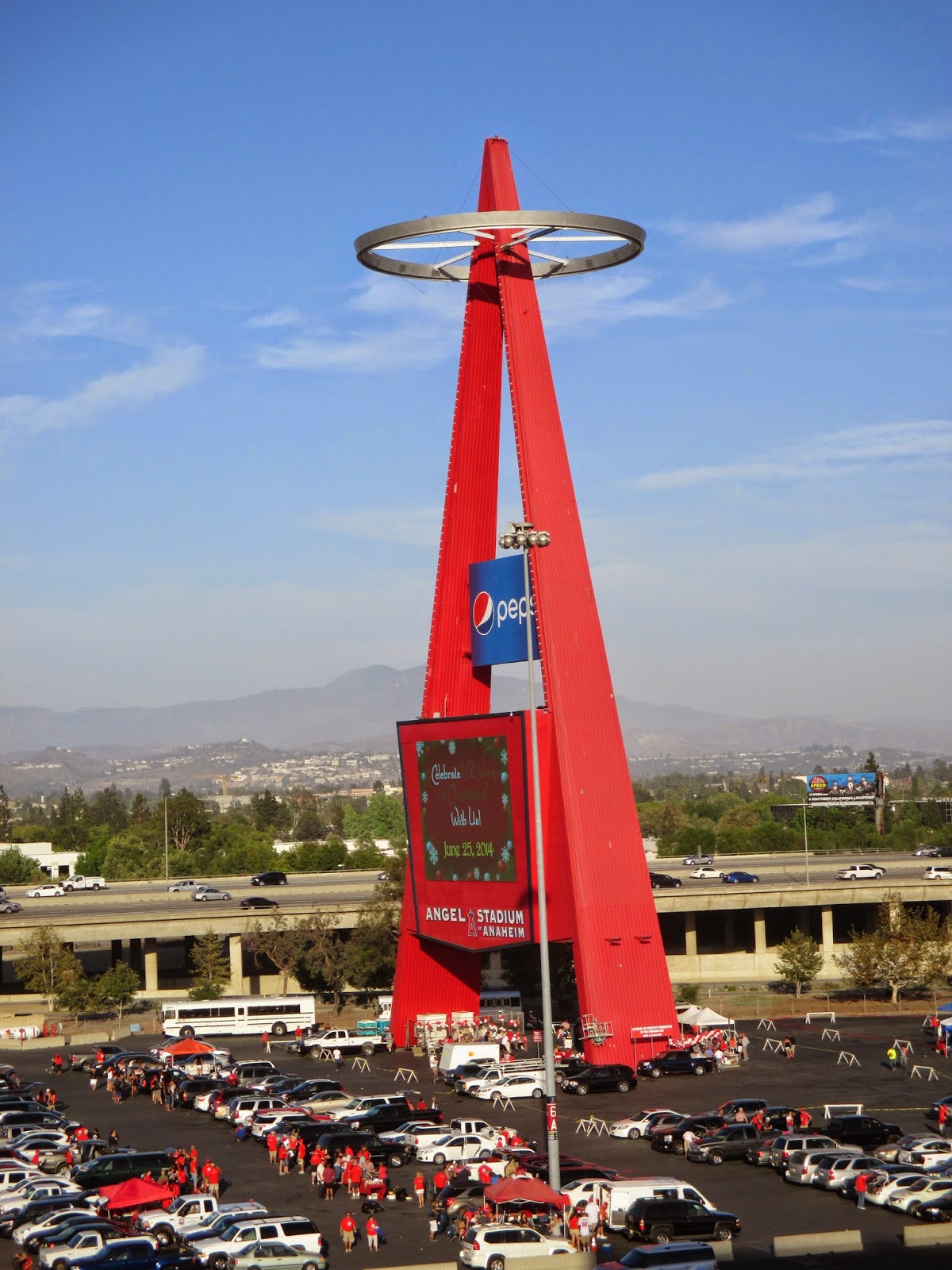 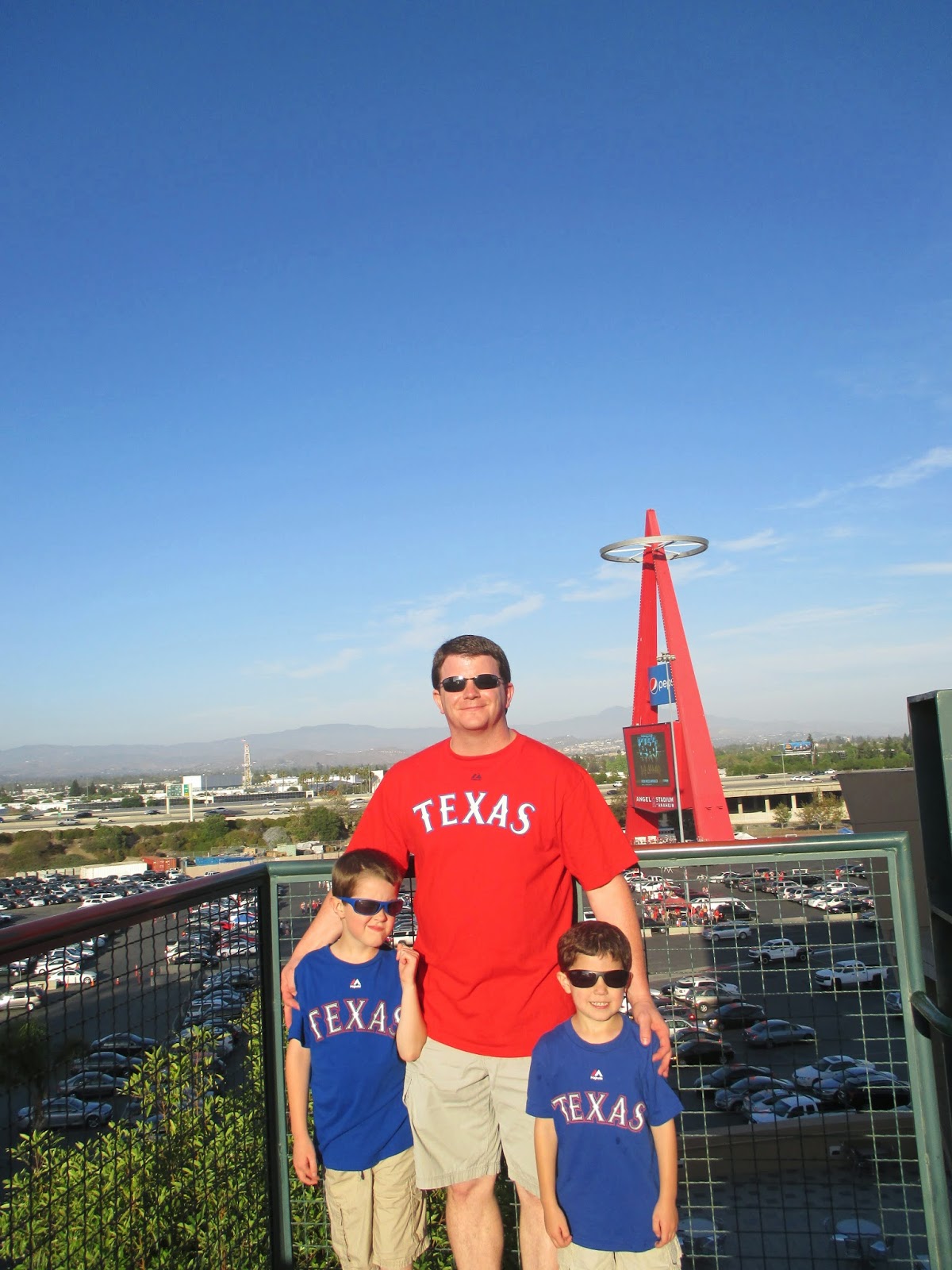 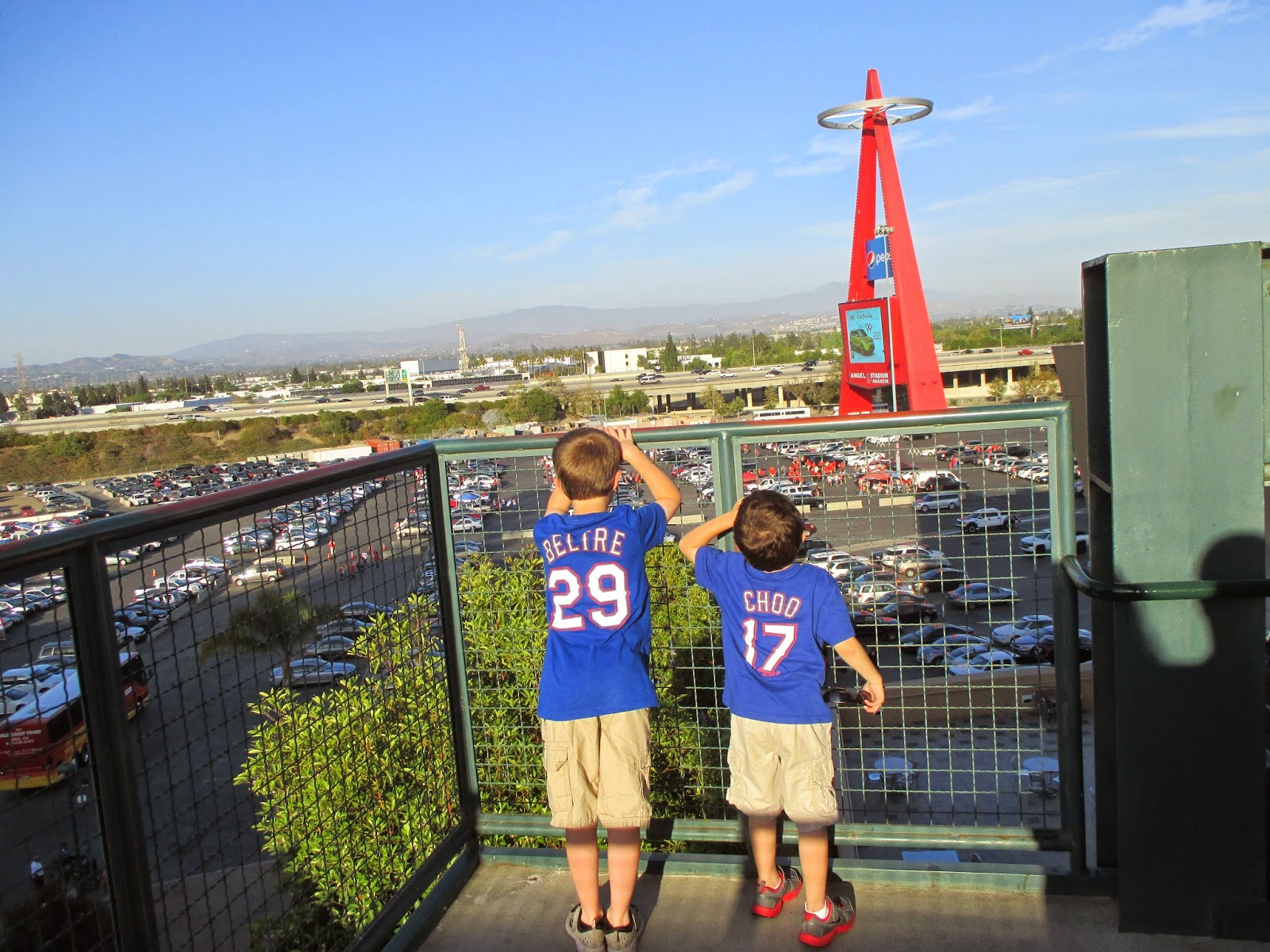 The Rangers are warming up in the background. 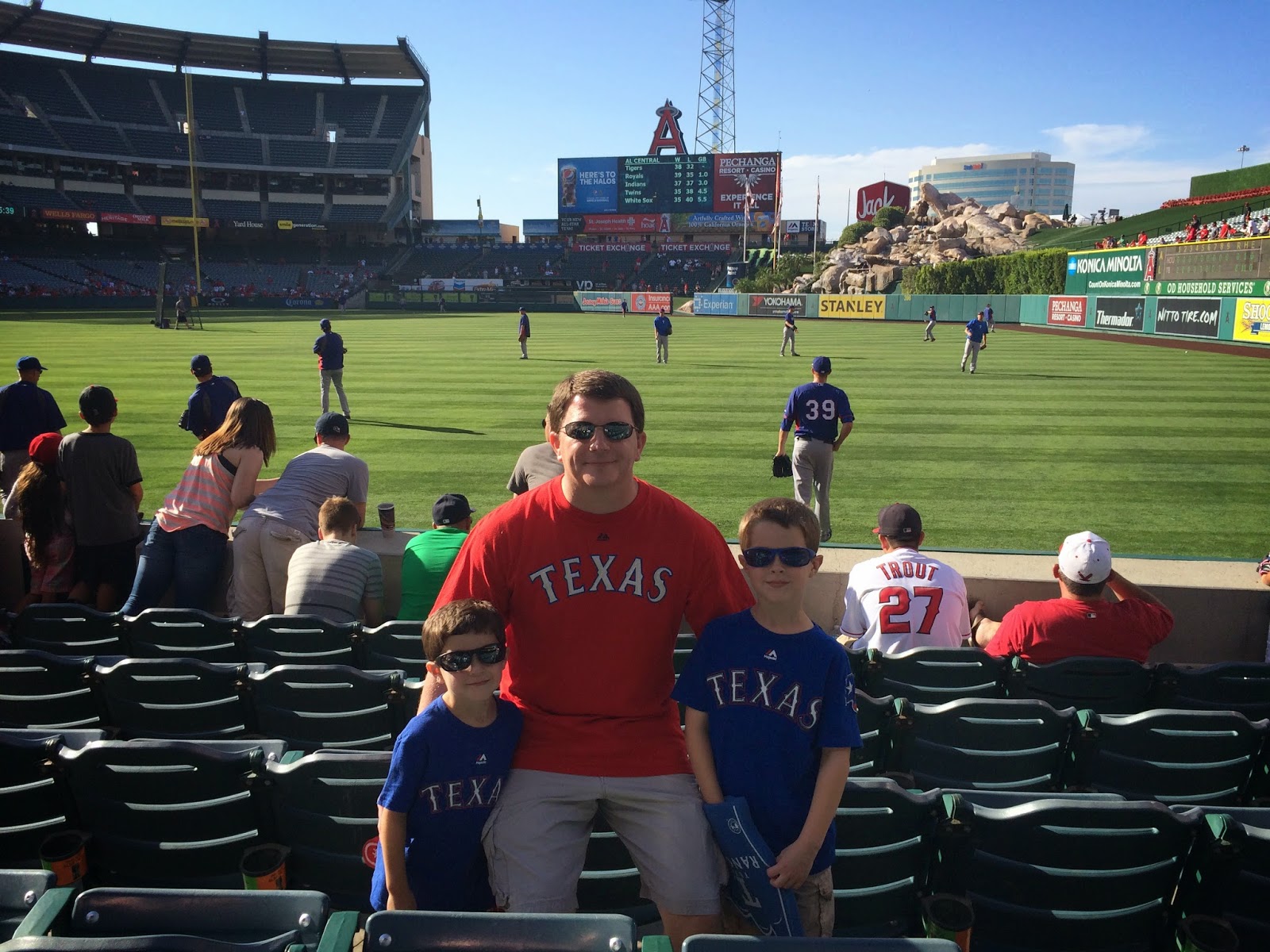 My favorite photo of my guys. 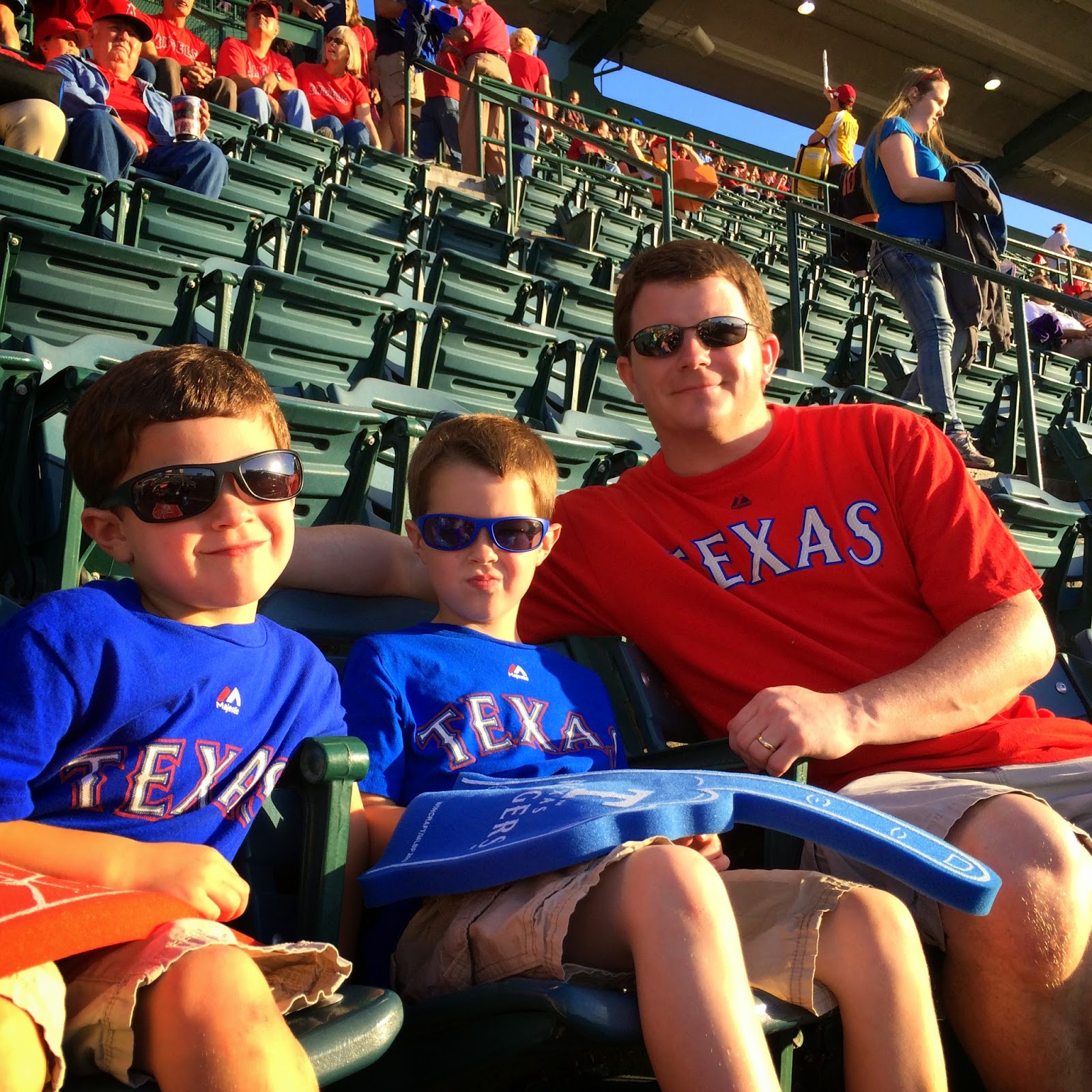 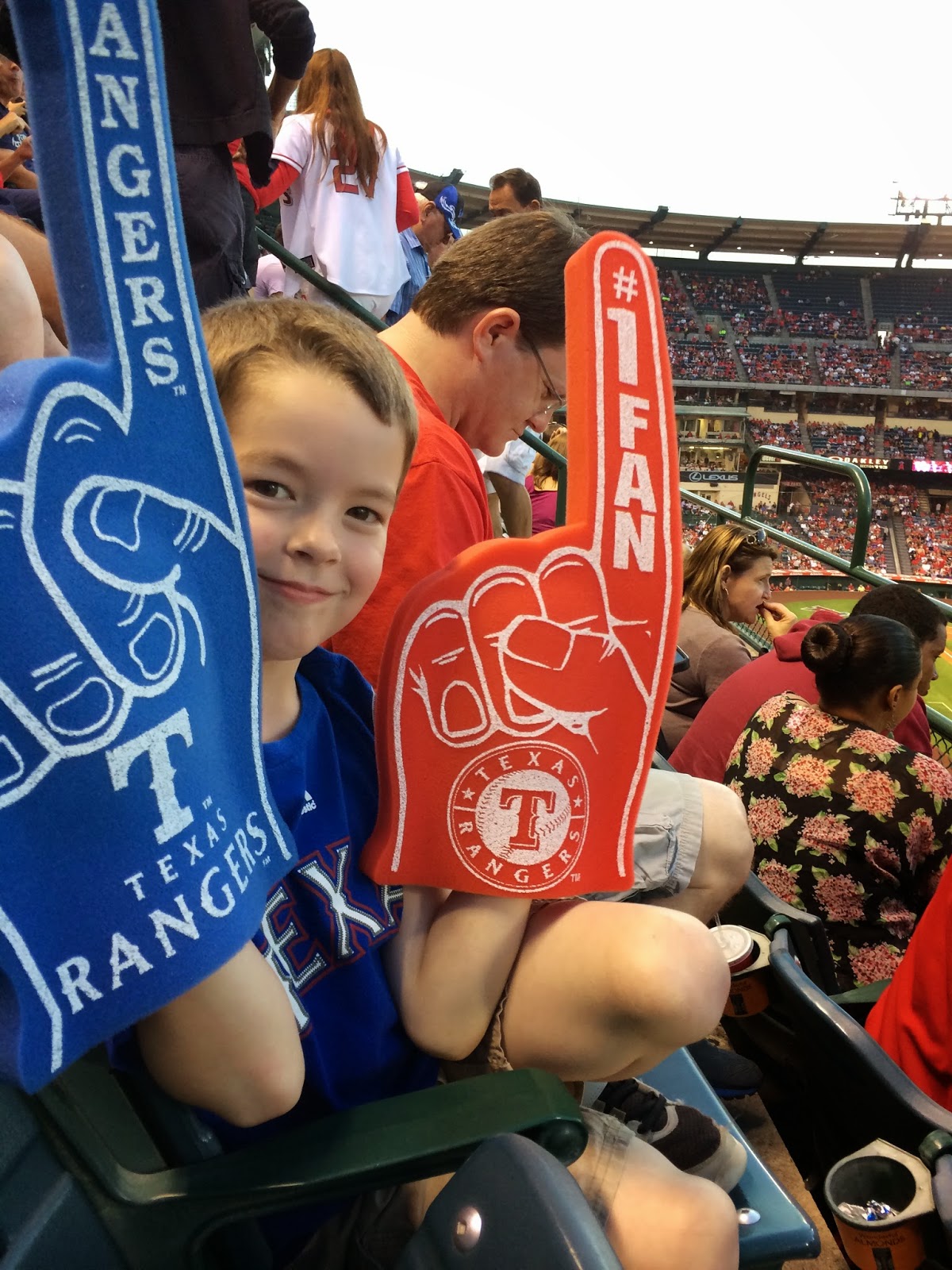 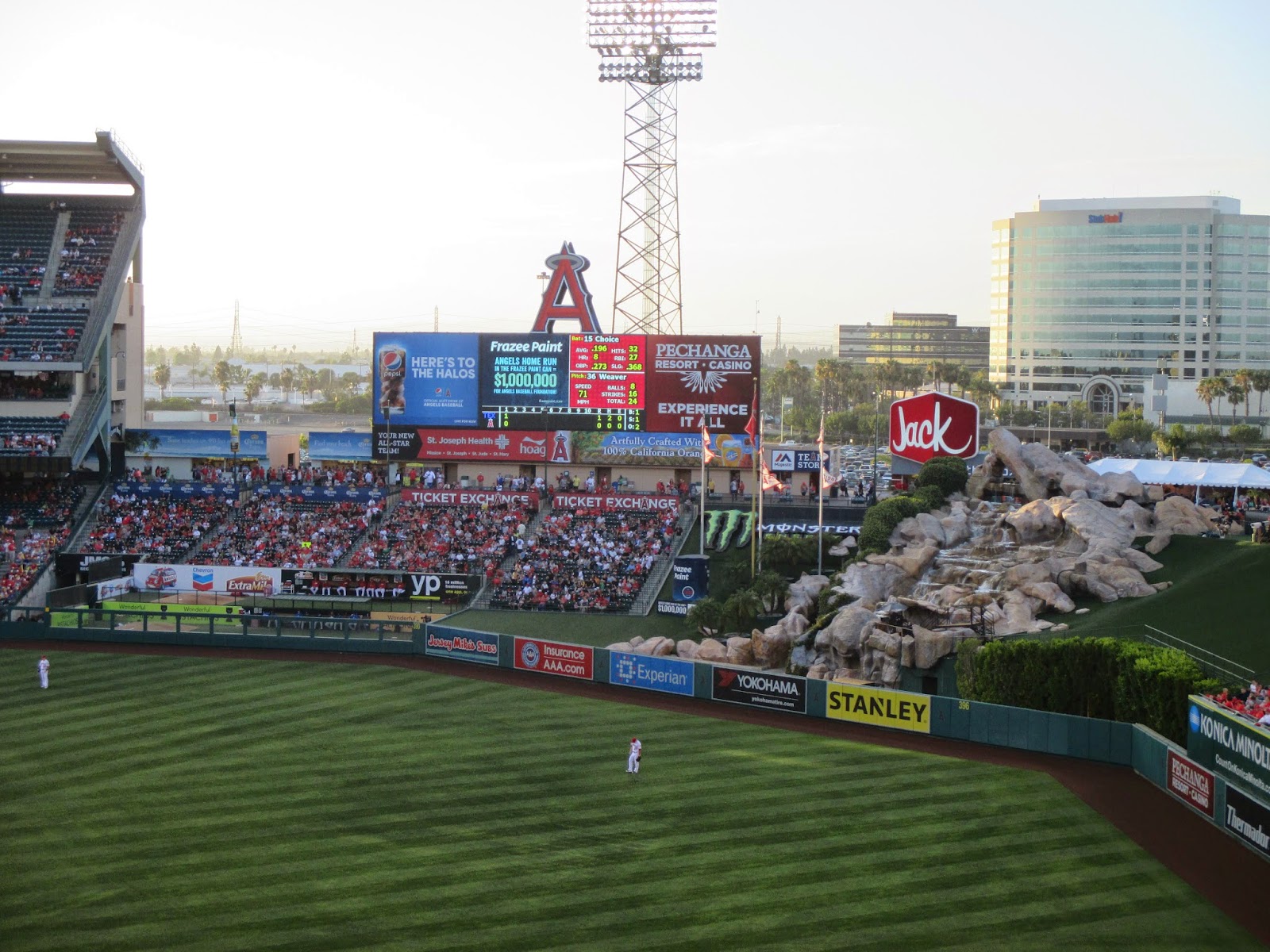 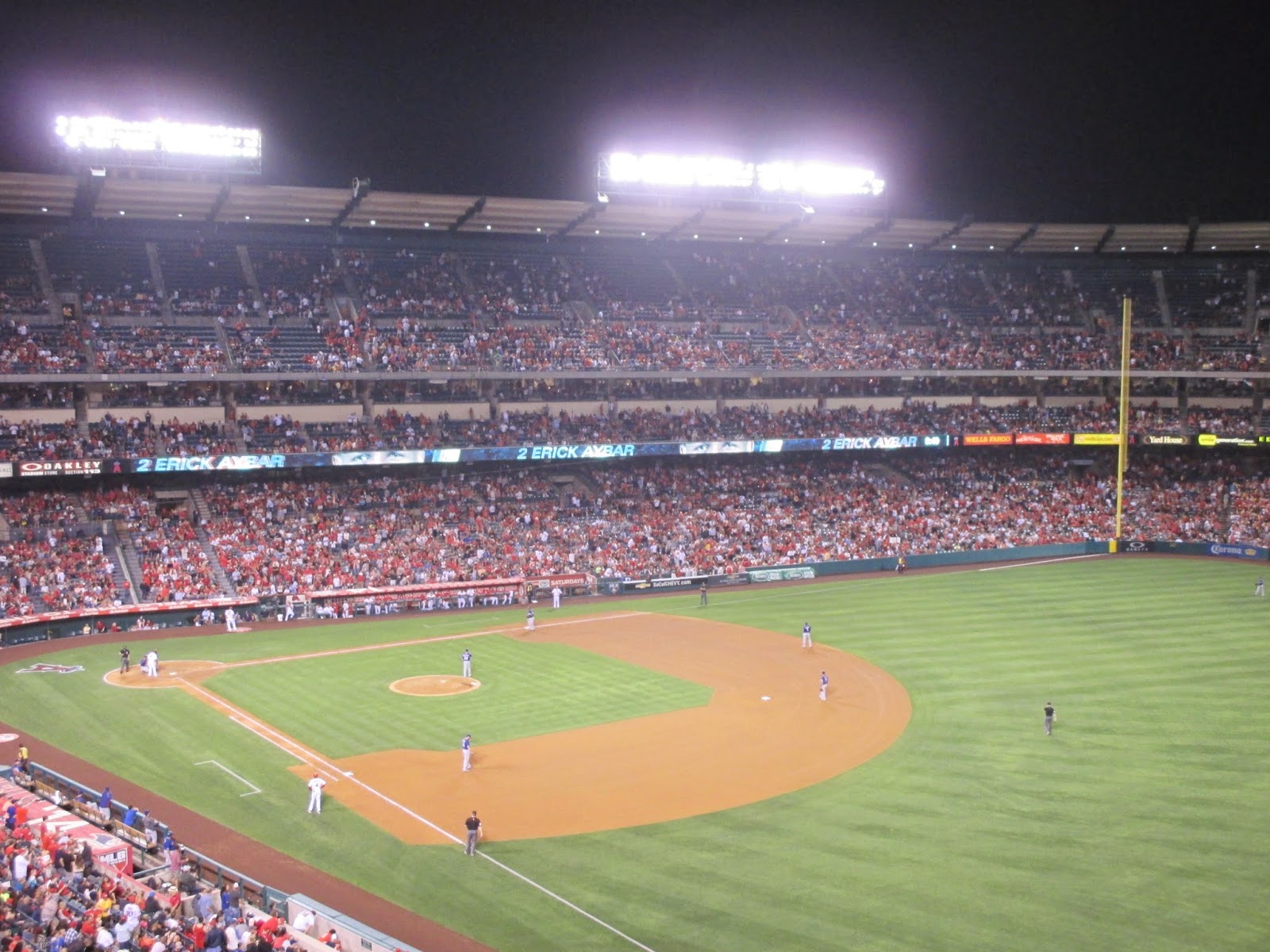 Fireworks after the game. 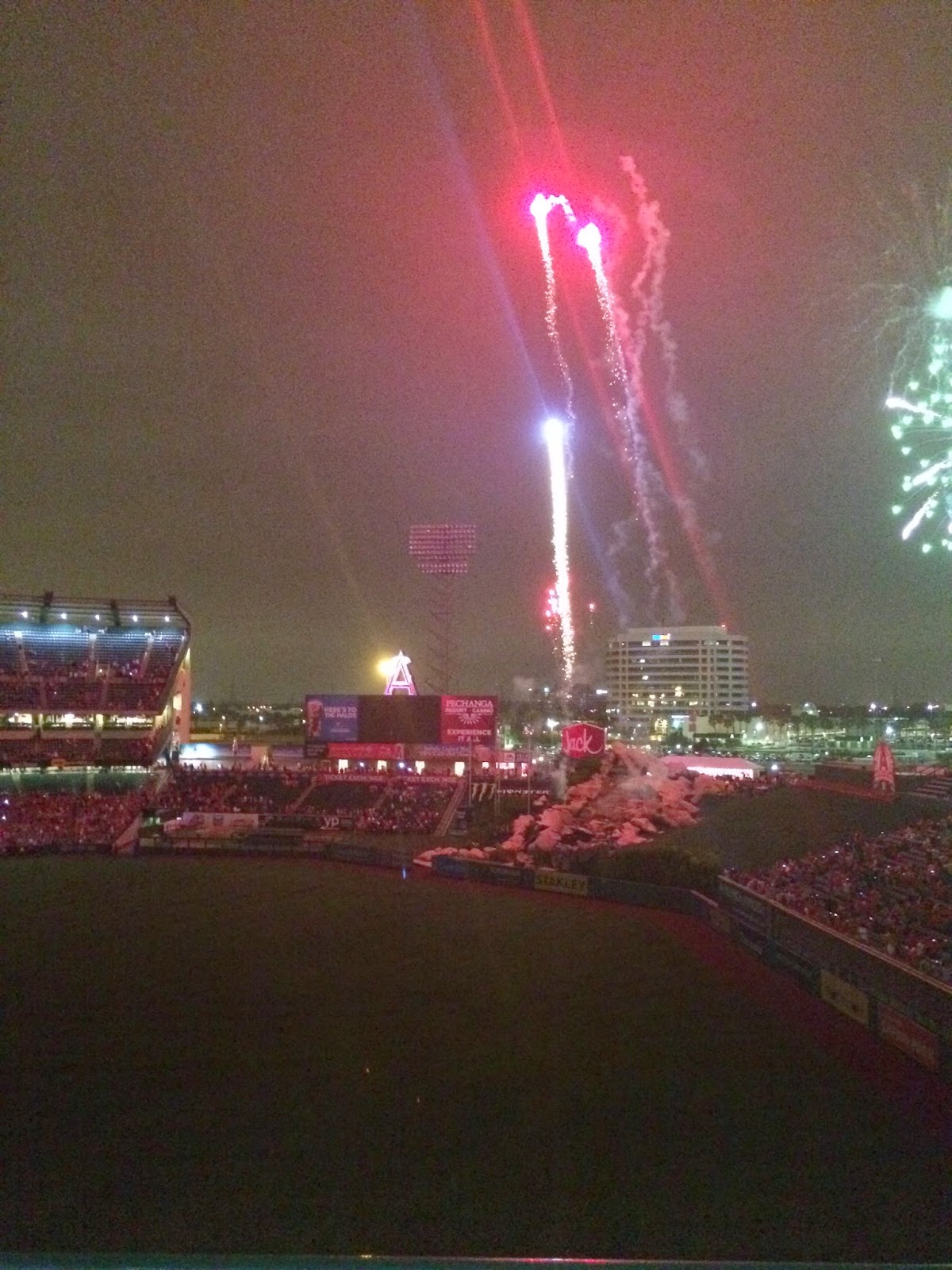