We have a built-in entertainment center in our living room.  It's really functional and provides a great deal of extra storage space.  The house plan originally called for a fireplace to be in this spot, but we didn't really think we'd use it that often.  Since our house is small, Mark came up with the idea of replacing the fireplace with an entertainment center.  After talking with our builder, he discussed it with the cabinet makers and they built the entertainment center.  The top has had the same items on it since we moved in.  I know I should probably redecorate, but I like the items on top of the built-in so much that I can't think of anything I'd want to replace them with.

I bought the vintage cigar boxes at a garage sale/estate sale just before Mark and I got married back in 2002.

The statues of Chinese emperors were purchased at Anthropologie just before we got married, too.

The vase was given to me by my grandma.  She purchased it when she visited the Philippines when I was born in 1977.  If you've read my blog for a while, you know that I was raised by my grandparents.  You can read more about my childhood and life with them in the About Me section at the top of my blog. 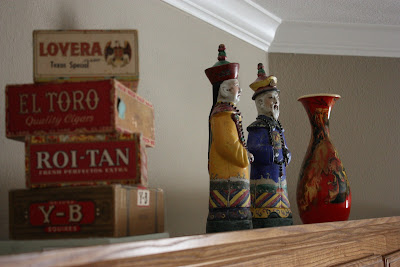 The vase has a beautiful swirl pattern. 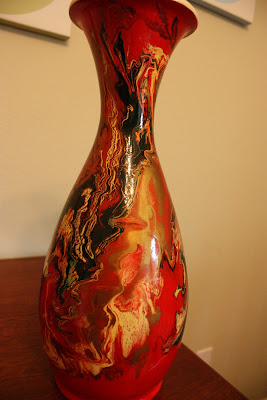 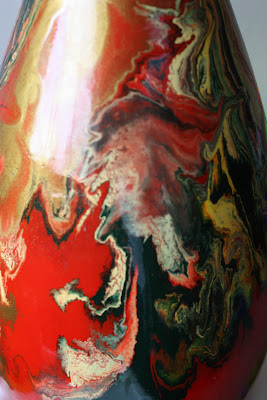 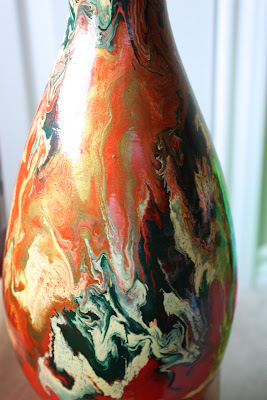 This is how all of the items look at the top of the built-in.
(The boys were watching Go, Diego, Go!) 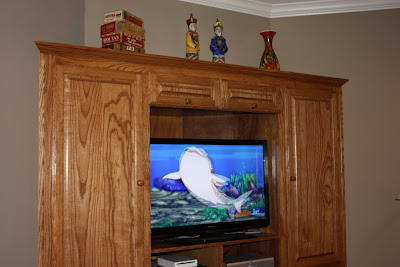 I'll be linking up to share my sentimental home decor with
Cha Cha at Sit Relax and Read.
Join us for Sentimental Sundays.  I hope you love it as much as I do.