Well, we didn't exactly attend Super Bowl XLV, but we were in Arlington, Texas on Sunday.  Some of our good friends, Shelly and Durwood, live there and we attended a fifth birthday party for their little boy Dade.  Dade is big buddies with Will and Ben.  He's about nine months older than Will.  I can't believe Dade is five!  I remember the day he was born and going to see him at the hospital five years ago.  It feels like it was yesterday.  If the next five years go by this fast, then our little boys will be nine and ten before we know it.  Tear!

We were unsure all week if we would be able to make it to the party.  Ben was still a little off from his stomach virus earlier in the week.  Also, the weather and road conditions were a big issue.  Luckily Ben is back to normal and the weather was sunny with a high in the 50s on Sunday.﻿  It was so nice to get out of the house and see people after we'd been cooped up in the house all week.

Ben is wearing Dade's new Texas Longhorn football helmet.  I told everyone that it was against Ben's DNA to wear it since his mommy is an Aggie. 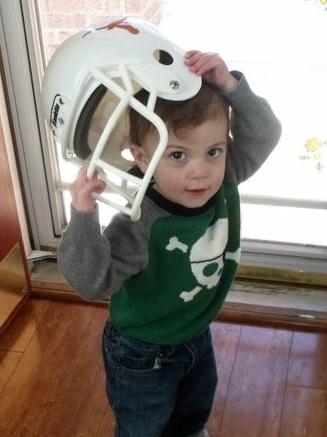 Will kept asking for another piece of cake.  He had two pieces and I had to cut him off or he would have had three or ten!  Will's been looking forward to the birthday party since we received the invitation in the mail.  He loves a birthday party and cake! 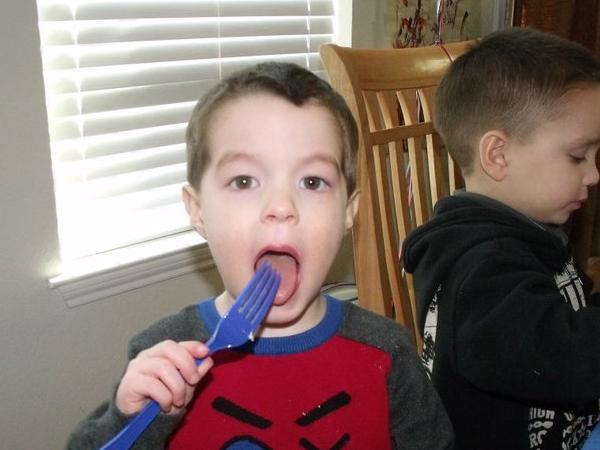 A typical family photo. Both of the boys are squirmy :)
Thanks for trying Shelly! 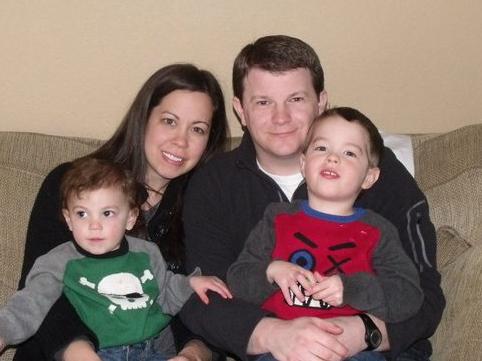 (I borrowed the three photos above from Shelly's facebook page.)

In honor of the Super Bowl, here are a couple of photos of Cowboys Stadium.

Mark and I in the Cowboys Stadium end zone in May 2010.  We had taken a group of my seventh grade Texas History students on a stadium tour.  To say that the stadium is awesome doesn't quite capture how you feel when you see it in person. 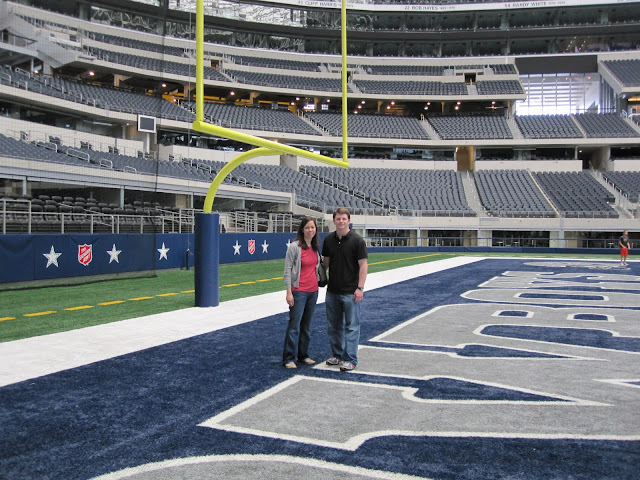 Mark and I in the Cowboys locker room in front of Tony Romo and Jason Witten's lockers. 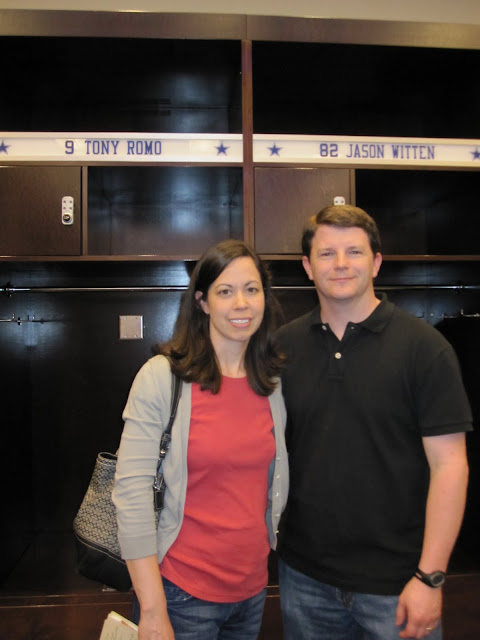 My husabnd is a true Cowboys fan.  He was like a kid in a candy store.

Happy Monday!
Posted by Michele at 6:47 AM