Since we are building the house this year, our summer has looked different than summers in the past.  We've always taken a road trip except the year that Ben was born in 2009.  This year we didn't drive across country to follow the Rangers (like last year--Seattle, Oakland, and Anaheim) but we did make the trip south down I-45 to see the Rangers play the Astros at Minute Maid Park in Houston on July 17th.

Can you find Mark and the boys outside the stadium? 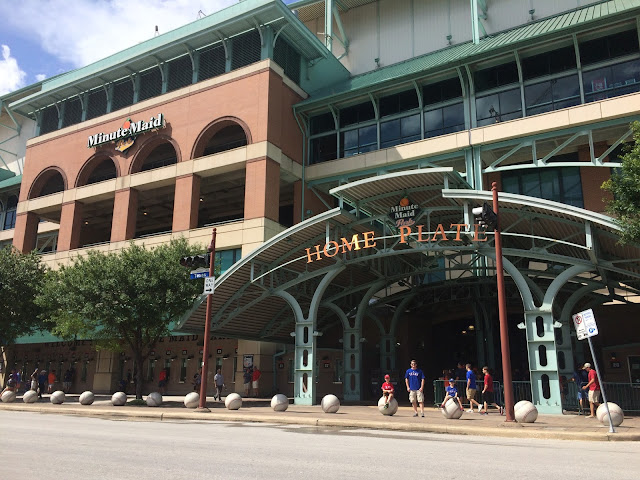 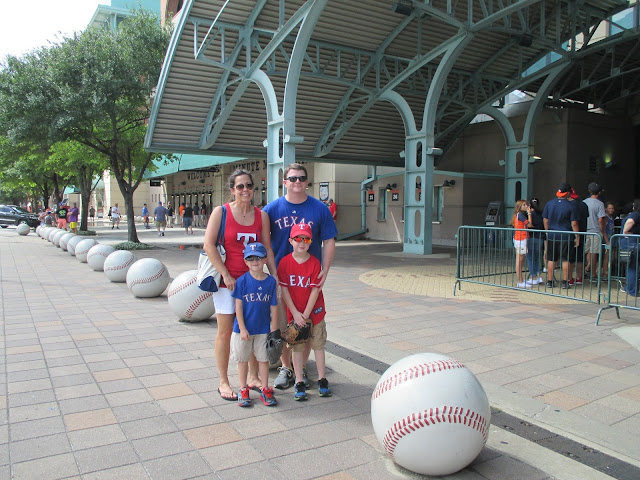 We were some of the first inside the ballpark once the doors opened.  We wanted to watch the Rangers during batting practice. 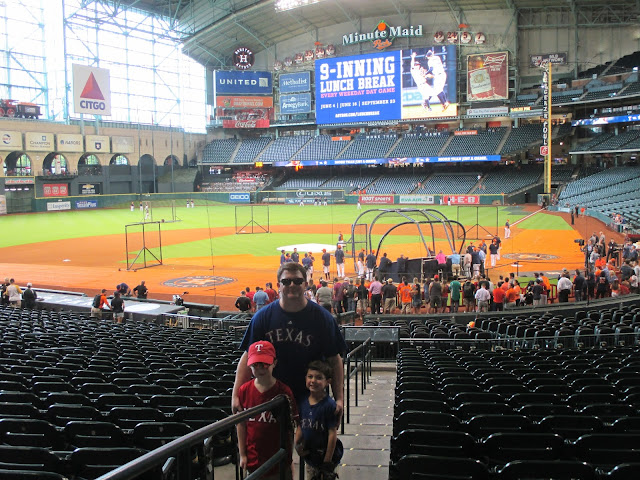 Mark took the boys to right field hoping to catch a ball.  Best moment of the night happened during batting practice. Choo caught a ball and Mark held up Ben who was wearing his Choo #17  Texas Rangers shirt and yelled at Choo.  Choo saw Ben and threw the ball in their direction.  Will caught the ball.  It landed perfectly in his glove.  That would have been a perfect moment, but it gets even better.  Josh Hamilton was walking around the ballpark and he stopped in their area and he signed the baseball.  So we have a ball thrown by Choo (who is Ben's favorite player) and it's now signed by Hamilton!  I stayed at the dugout hoping to get autographs.  I didn't have as much luck as they did but I did get two autographs, Delino DeShields and the manager Jeff Banister.  I think they are both old enough to always remember that happening.  Awesome memory! 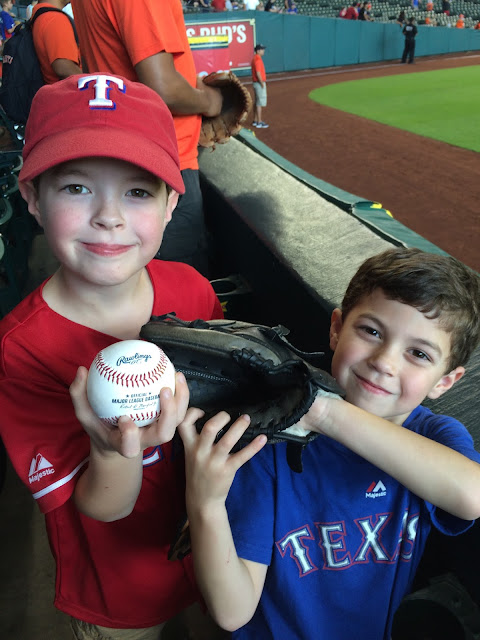 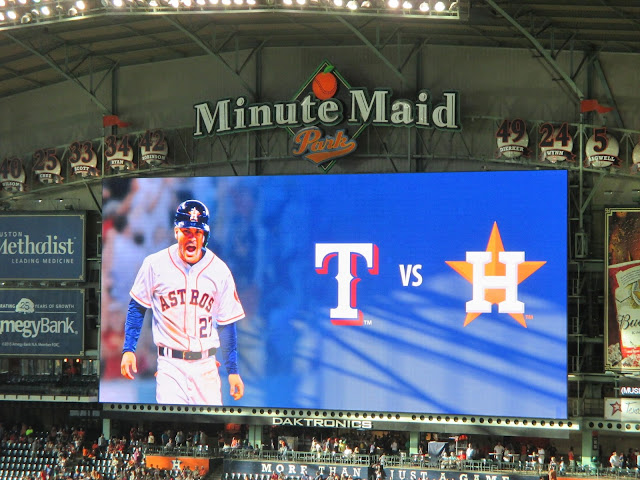 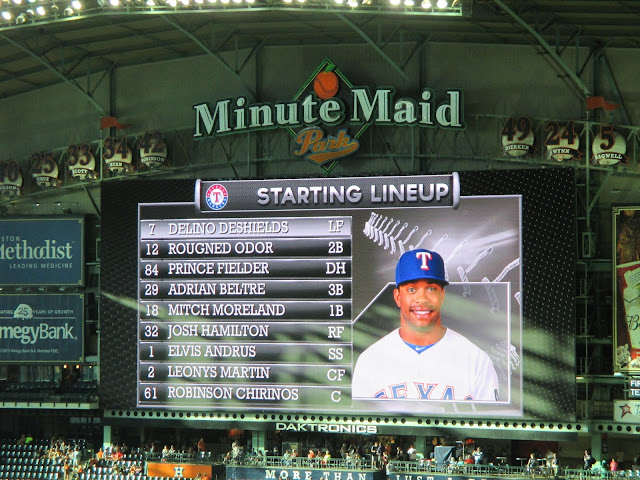 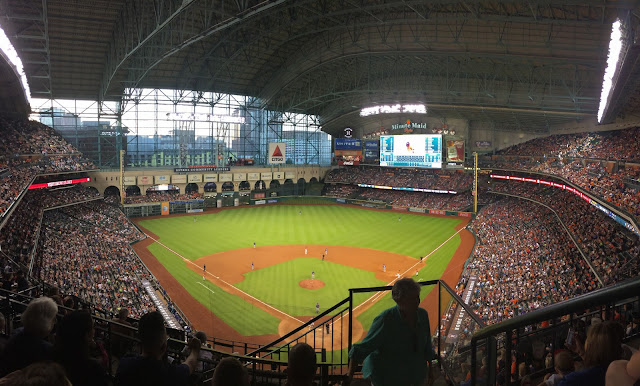 The Rangers lost but we still love them!

We stayed for the entire game and the post-game fireworks show.  Once the game was over the retractable roof was opened.  It was nice watching the game in shade and air conditioning.  That felt strange compared to the heat we suffer through during Rangers games in Arlington.  Overall, we liked the ballpark and it was fun to mark another one off our list of MLB parks to visit.

Here's how the count stands after that game: