Ben's kindergarten graduation was two months ago at the end of the 2014-15 school year.

We are so proud of him!

It was a fun-filled school year, and he learned a lot of new things.  I feel like it was yesterday that he came home from the first day of school telling us all about the magical gingerbread man his class hunted for all over the school and he was in their classroom all along.

Ben's kindergarten year was a success.  Just like Will's kindergarten year, Ben has grown academically and loved to tell us about things he's learned about at school.  He's also grown socially and made new friends.  We were concerned because Ben's birthday is in June and we knew he'd be young for his class, but that hasn't slowed him down one bit.  He's learned more than we could have hoped for and is ready for first grade!

The graduation ceremony was different than when Will graduated a couple of years ago.  It was outside in the beautiful sunshine.  The students entered the playground area where they would be seated from the school building.  All of the sections of the kindergarten class had dances, songs, and poems to perform.  Ben was a part of the group that recited the "Kindergarten" poem and for each letter in kindergarten there was a special line to recite with a special memory from that school year.
Ben's line was, "G is for good friends. We made more each day."  After that they received their diplomas and posed for photos.

Here is our big guy proudly accepting his diploma from the principal.
He looks so big! 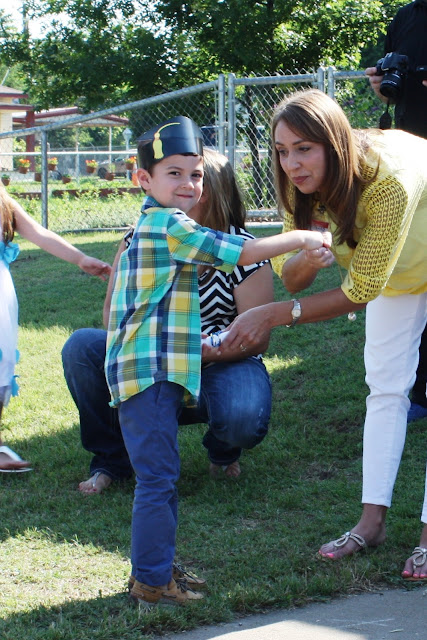 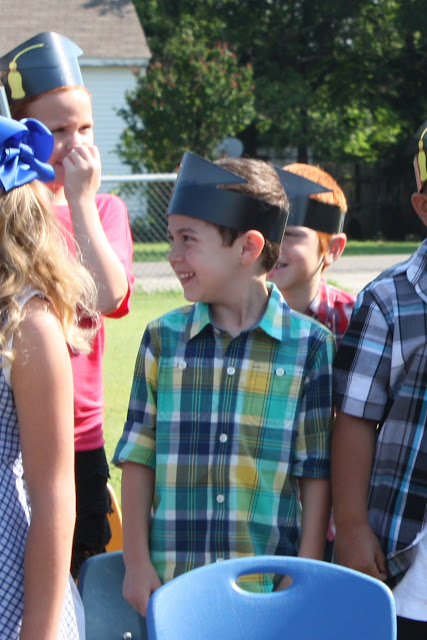 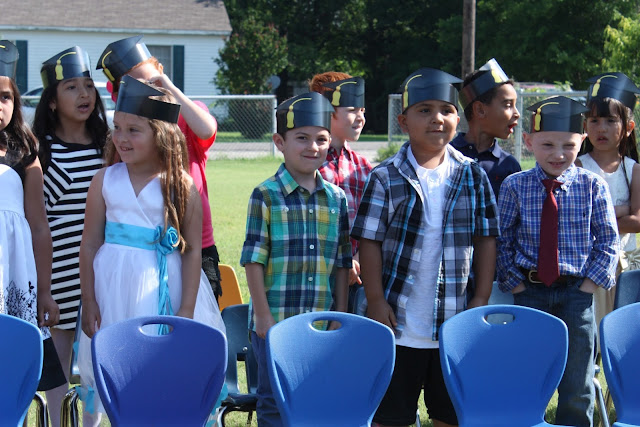 Ben was loud and clear when it was his turn to say,
"G is for good friends. We made more each day." 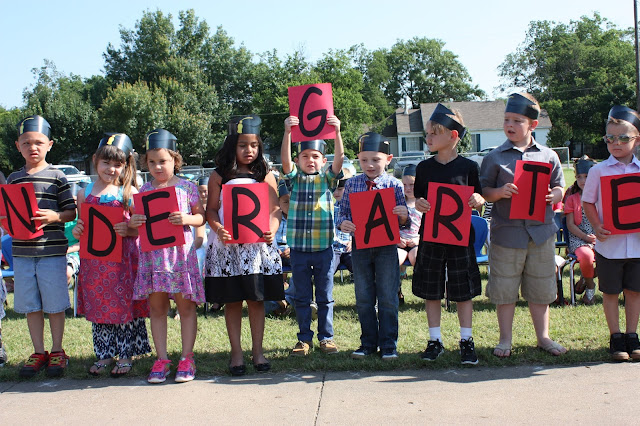 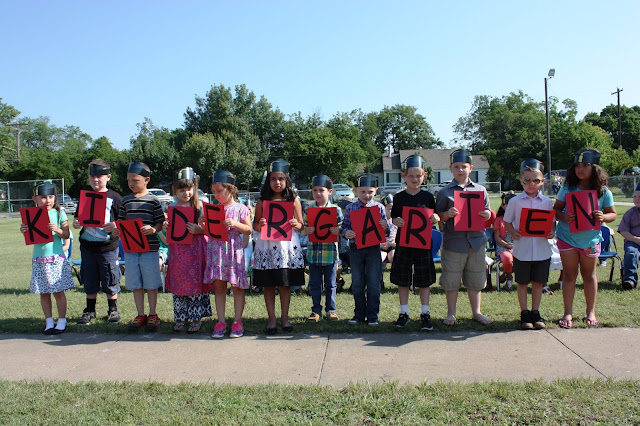 It's always hectic on the last day of school because Mark and I have responsibilities on our campus but thankfully our co-workers help out so we don't miss the boys' special days.  We had to hurry from Ben's kindergarten graduation to Will's 2nd grade awards ceremony, and I'm thankful we were able to get a photo with Ben in his classroom before we had to leave. 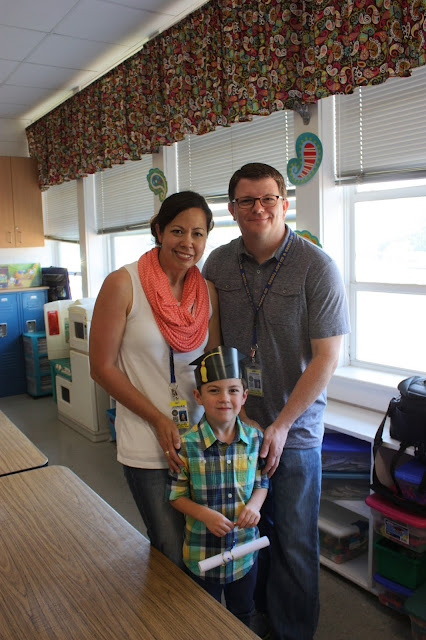 This photo is precious!
Ben had such a sweet teacher who watched out for him and loved on the class like they were her own.  He learned so much and I'm thankful for all she invested to help him grow in knowledge and as an overall person.  Each year I can't believe we are fortunate enough to get teachers who care about our children as much as they do.  Their good work does not go unnoticed or unappreciated.  I just wish I could do more to show them how thankful we are for caring for our babies and helping them learn. 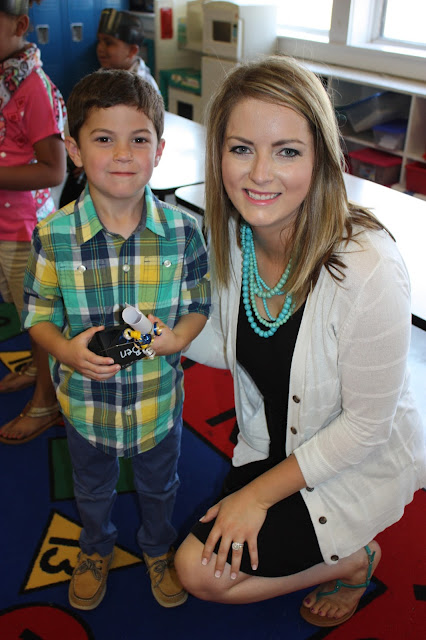 Even though this blog post is 2 months late! (How is already August?  My goodness!)  I wanted to share this special day and Ben's accomplishment.  My baby is a big boy now!