This summer we didn't take an epic road trip across the United States.  Since we are building a new home our travel budget has gone to that project.  Even though we didn't drive cross country we were able to take smaller road trips in our great state.  We took 3 short trips--Texas Panhandle, East Texas, and Houston to the Texas Hill Country.

The first road trip was to the Texas Panhandle.  Mark's parents have made that trip a lot and they wanted to take our boys there.  I traveled to west Texas growing up because we had family in Amarillo and the surrounding areas.  Usually we don't stop longer than an overnight visit there but this year it was our destination.

We stayed in Amarillo and drove to Palo Duro Canyon about 25 miles away.  We visited Palo Duro Canyon State Park to hike in the morning and then we returned in the evening to see the Texas Outdoor Musical.

Texas had a record-setting amounts of rain in May and you can tell in this photo that areas of Palo Duro Canyon State Park have water flowing in places that are normally dry.
This photo was taken June 16, 2015. 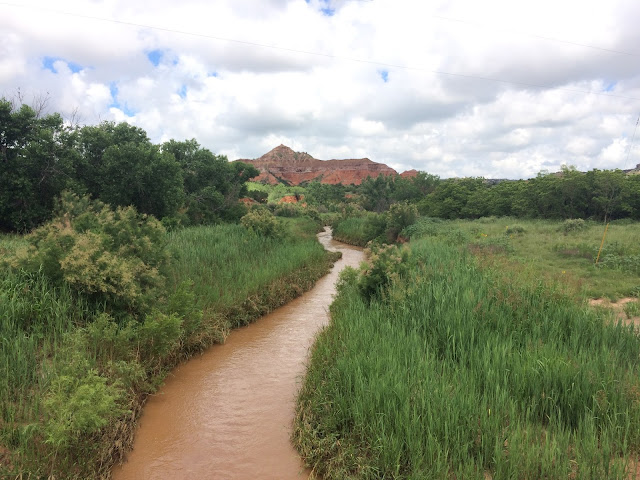 The photo above was taken on a bridge and the photo below was taken looking off the other side.  Both views were incredibly scenic in their own ways. 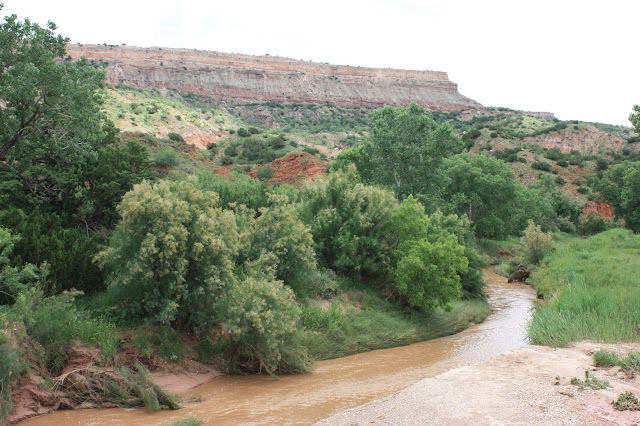 The boys love to hike.  They took off to climb these rocks before I even had a chance to catch up.  It's nature's playground. 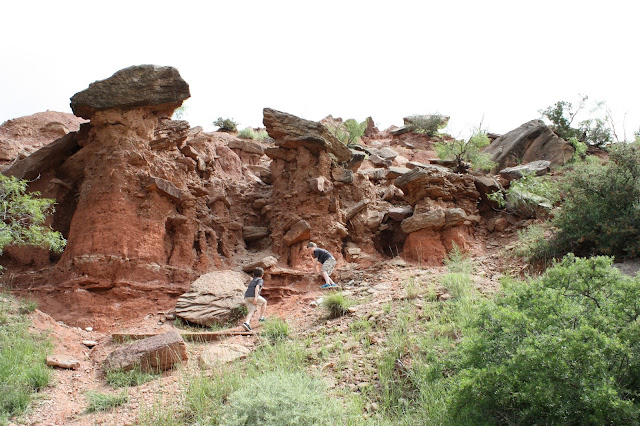 Ben found a rock in the shape of Texas. 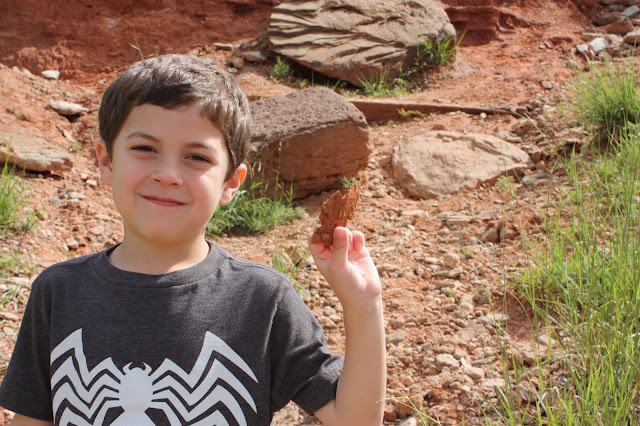 It's awesome that my boys didn't inherit my fear of heights.  Will might have tried to rock climb to the top if we let him. 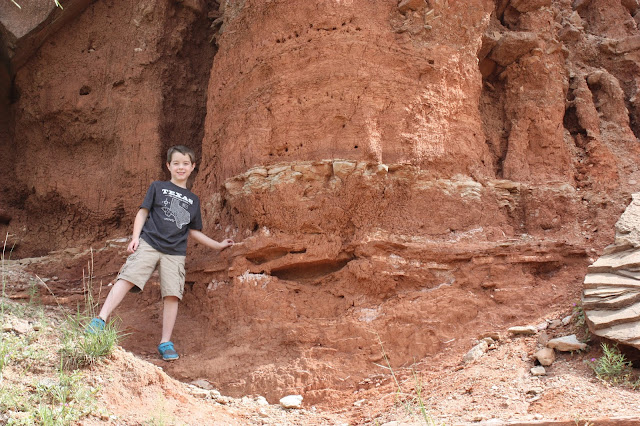 Mamaw and Will before a short hike.  We ate lunch at the picnic table behind them. 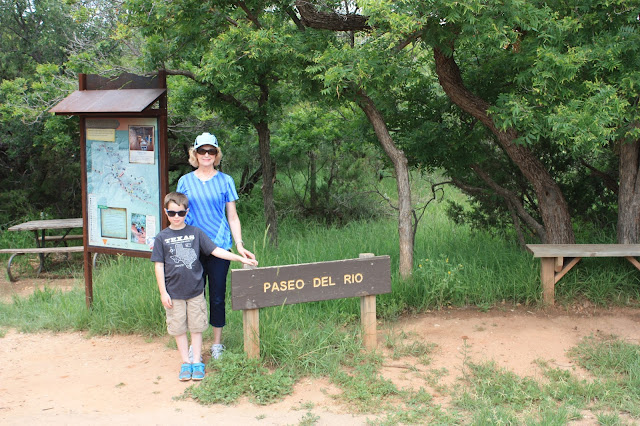 Mark's parents and the boys 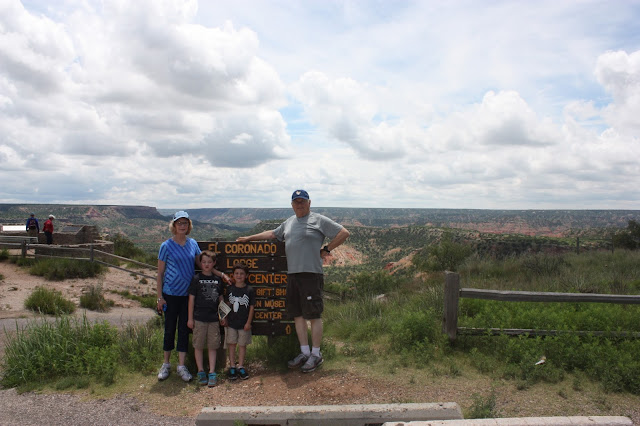 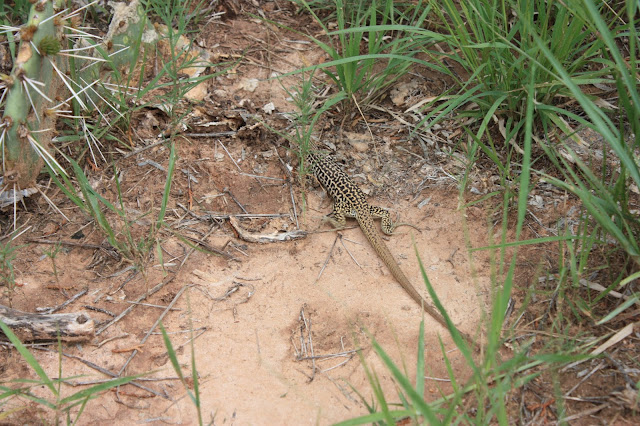 The boys like to complete the Junior Ranger Programs at National Parks, and we found a Junior Naturalist Program for them at Palo Duro Canyon.  Here they are showing of the badge they received for completing the program. 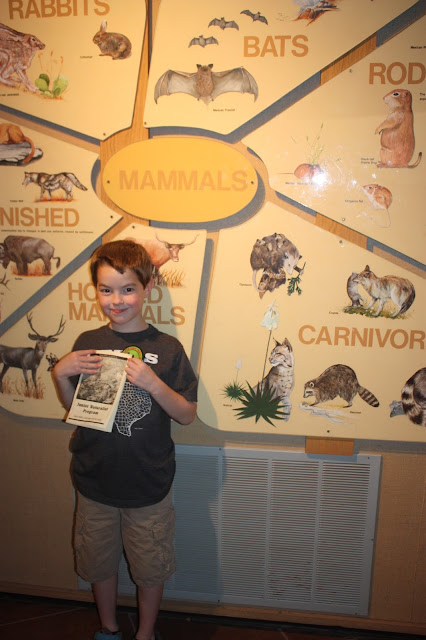 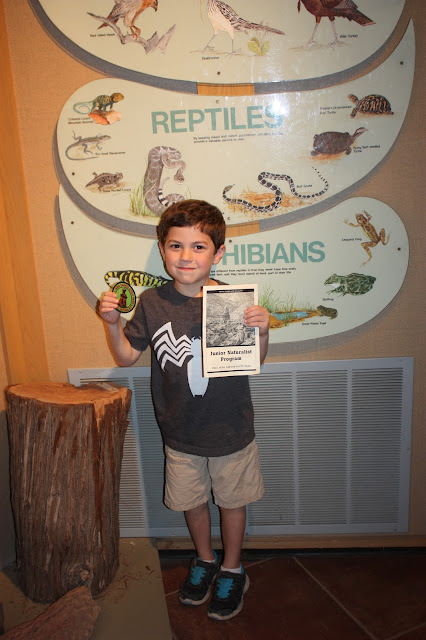 One of the coolest things we got to do was recreate a photo from Mark's childhood.  There's a cowboy dugout on a hiking trail in the canyon.  Mark posed in front of that dugout when he was a little boy probably around Will's age.  We had Will and Ben stand in the same spot and we also had Mark pose for a photo with them all together.  Here's a collage of the photos.  Will obviously looks the most like Mark here (even though Ben really favors him) because their ages are similar at the time of the photo.  Ben is standing just like Mark when he was a little boy in the photo.  We didn't pose the boys other than tell them where to stand.  Isn't it neat to see genetics at work.  We not only inherit physical features but mannerisms are passed along too. 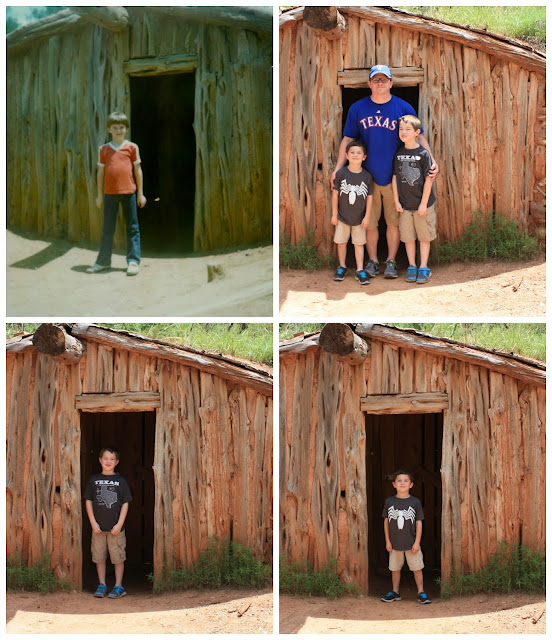 Just a few more photos when we returned to the canyon that evening.  It was overcast in the morning but later in the day the views were majestic. 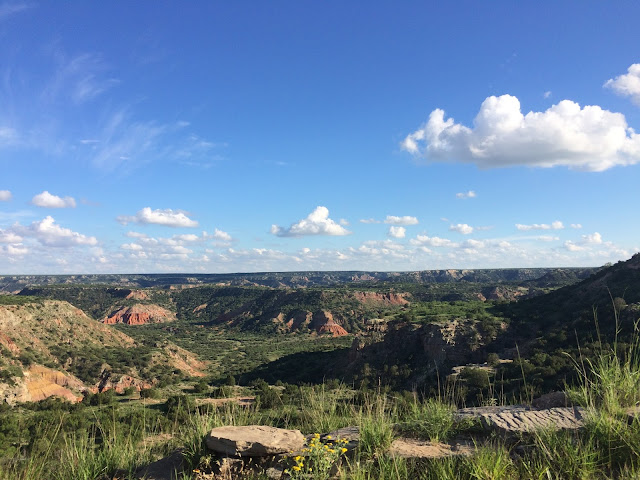 The boys at the Texas musical.  They really enjoyed the show and laughed at all the jokes and followed the plot of the story.  The show starts around 8:30P.M. as the sun is setting in the west.  Will stayed awake for the entire musical, but Ben fell asleep after the intermission. 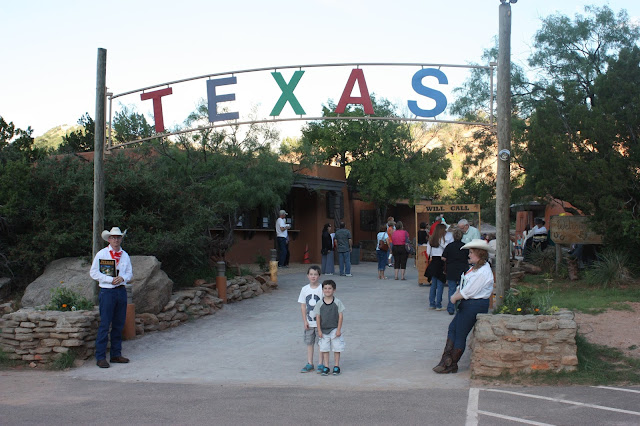 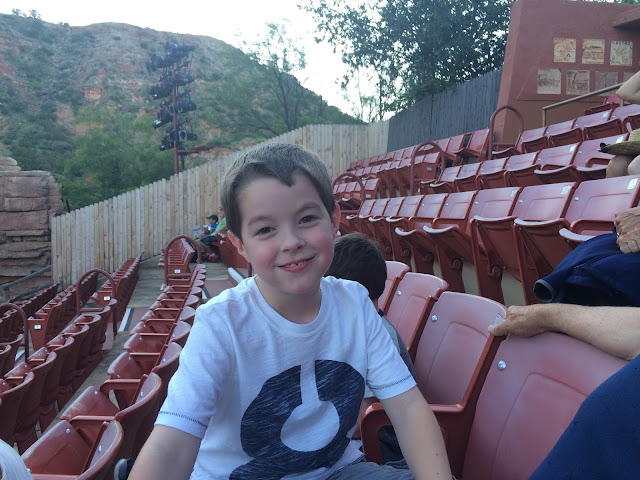 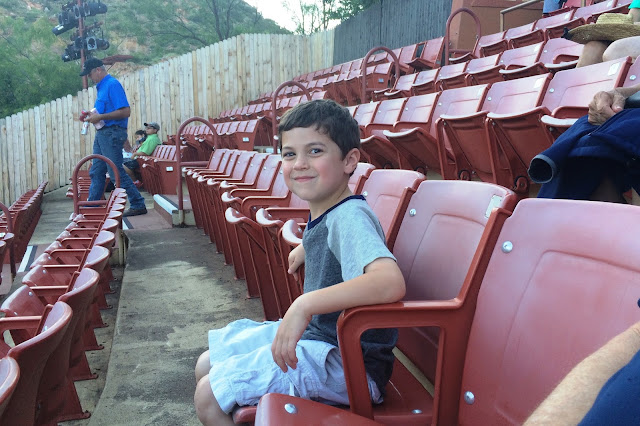 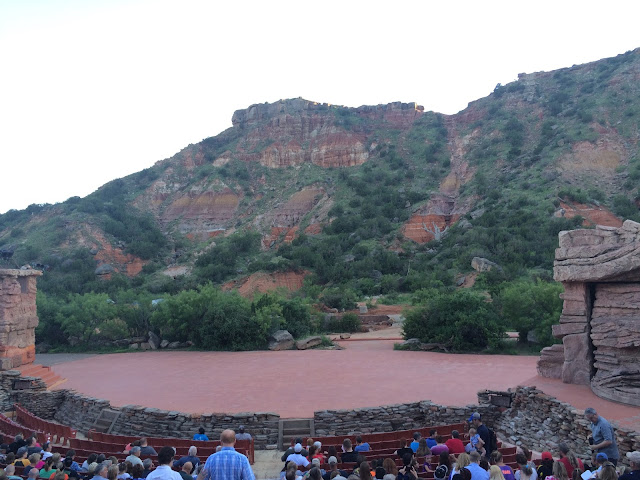 I'd definitely like to go back to Palo Duro Canyon State Park with our tent and camp.  There were other trails and places we'd like to explore, but this trip was a great introduction to this area for Will and Ben.  Good times and great memories!