Everybody's Somebody in Luckenbach. 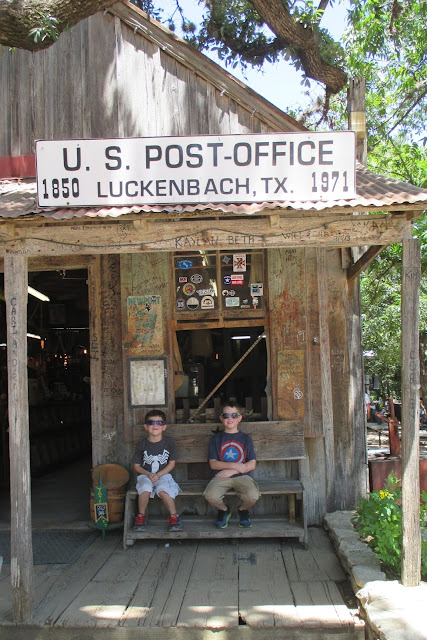 Continuing our Texas adventures, we left Houston on 7/18/15 and headed west to the Texas Hill Country.  Mark and I've spent time in Austin, San Marcos and San Antonio but never in the heart of the Hill Country.  I hadn't been to this area since I was in college (cough, cough over 15 years ago!) and I was excited to be back.

I'll write down the itinerary before I forget everything.

Saturday
Left Houston and drove toward Luling, Texas on I-10. 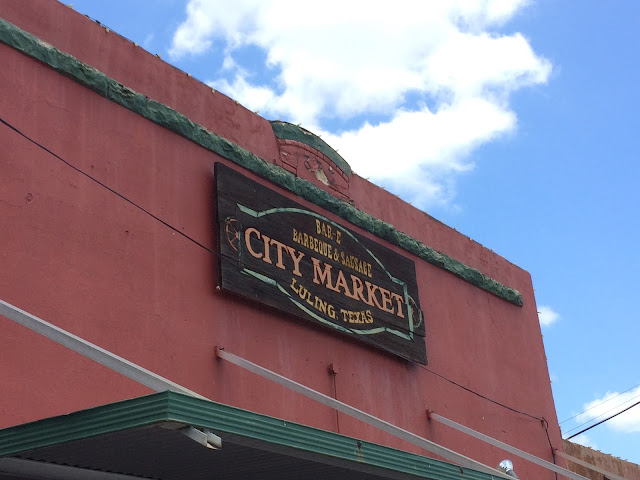 The line at City Market BBQ in Luling was extremely long and we didn't want to wait.

Drove 15 miles north to Lockhart for BBQ instead.
Mission accomplished--Got our BBQ at Black's in Lockhart! 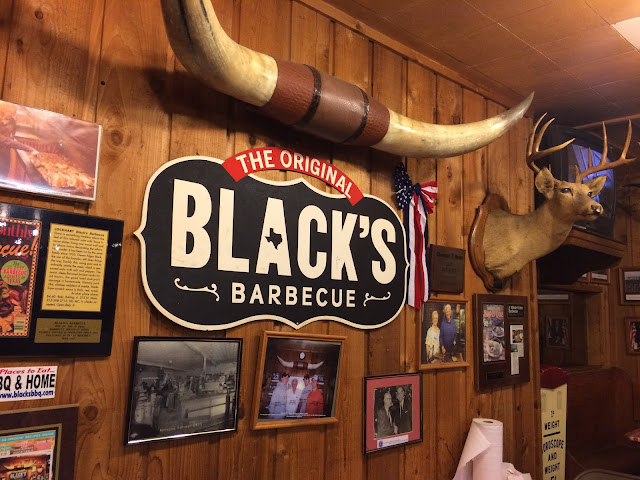 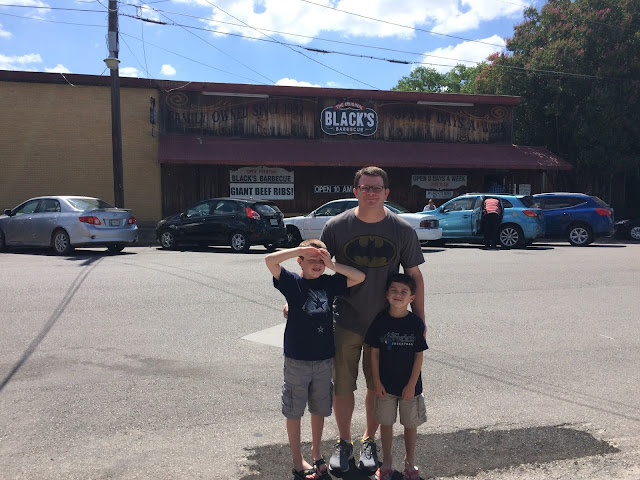 The Caldwell County Courthouse in Lockhart 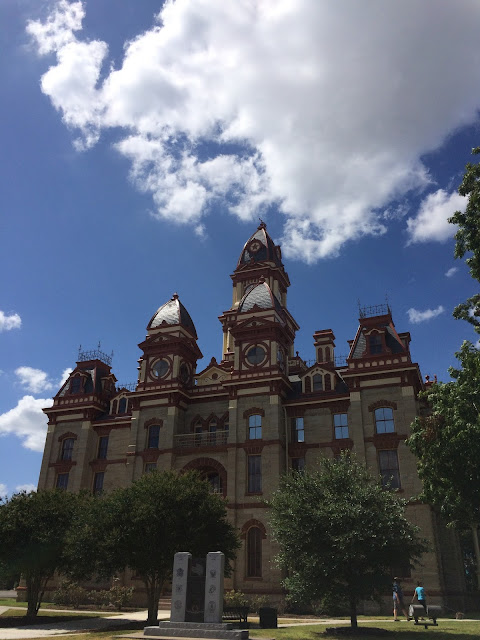 We were going to stay near San Marcos because I wanted to check out the home furnishing outlets.
We spent a little time at the outlets.
My shopping goals are much different than the boys.  I'm looking for a good deal and they are looking for a chair to sit down. 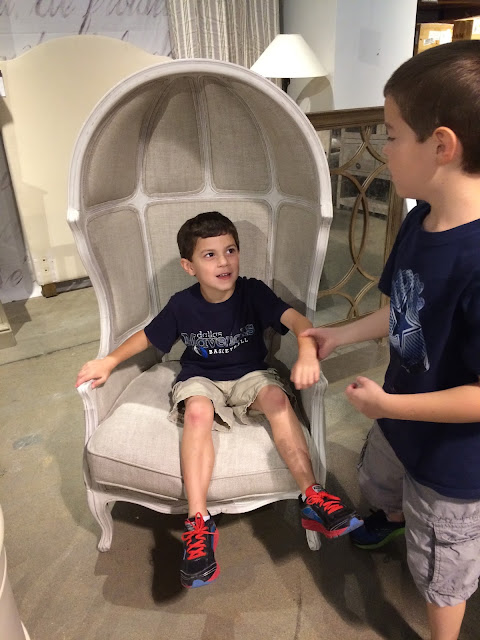 Mark found a comfy couch to rest while I looked around the Pottery Barn outlet. 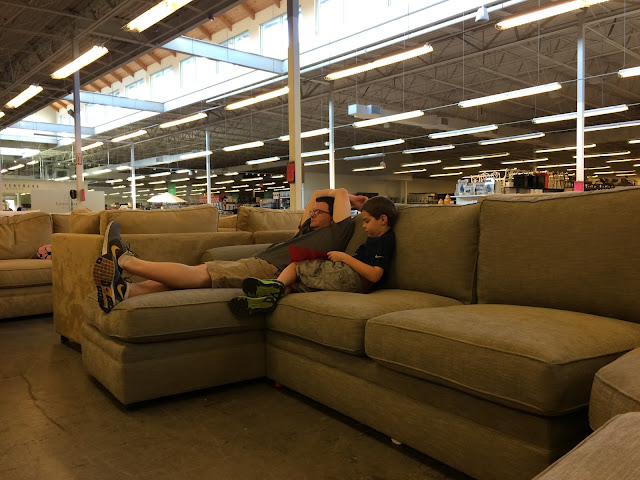 We made a quick stop by the grocery store HEB before returning to the hotel.  We don't have them where we live and I've missed shopping at it.  It's where I bought groceries when I was in college.  Maybe it's strange to love a grocery store so much, it's ok to judge me.

Sunday
We chose a local church to start the day.  We worshiped at Southern Hills Church of Christ. I love visiting other churches.
After church we ate some snacks in the car as we drove toward Fredericksburg, Texas.
I wanted to stop by Luckenbach and take photos and buy souvenirs before we got to Fredericksburg.
We knew once we left Fredericksburg we would head home through Llano and get some more tasty BBQ at Cooper's.

I'll go into more details about Sunday now.  These photos are from Luckenbach.  Like I mentioned above, we only planned for a quick stop and we were going to spend most of the afternoon in Fredericksburg.  Once we got to Luckenbach we realized there was a free concert and it was someone we really liked--Carrie Rodriguez.  She's a talented and gorgeous singer-songwriter from the Austin area. (Thanks for introducing me to her music, Andrea!)  Luke Jacobs and Susan Gibson were also performing.  Susan Gibson wrote the song "Wide Open Spaces" and I swear that was the song my friends and I sang over and over during college.  This whole trip made me feel very nostalgic for those college years in the late 90s. I couldn't believe our luck to happen upon this concert.  Anyways, we changed our plans and stayed for a couple of hours and listened to the music.  A kind lady who works there gave the boys each a bottle of bubbles to play with.  She said she gives the kids bubbles and the dogs dog biscuits.  That kept the boys entertained while we sat under the big live oaks and enjoyed the music.  I bought a funnel cake to eat and the boys turned it down.  Can you believe that?  I know they've eaten them before but they didn't want it.  Oh well, more for me and Mark!  I took lots of photos.  This one of Will and Ben in front of the General Store is one of my favorites. 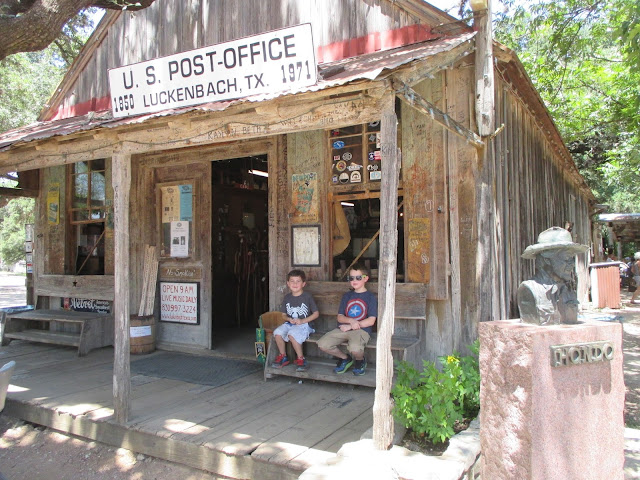 Playing with the bubbles and you can see the stage in the background to the right.  It wasn't crowded.  The atmosphere was chill. 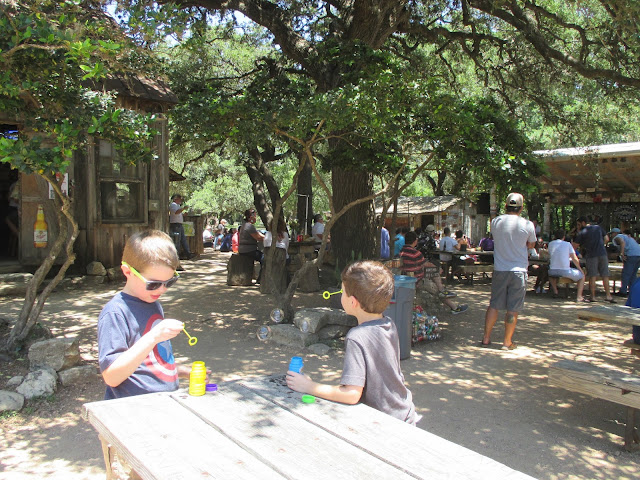 I'm not sure if you can see it in any of these photos but there was a rooster running around under the picnic tables and there were chickens on the stage.  I made a video to send to my sister-in-law and you can hear the rooster crowing in the background. 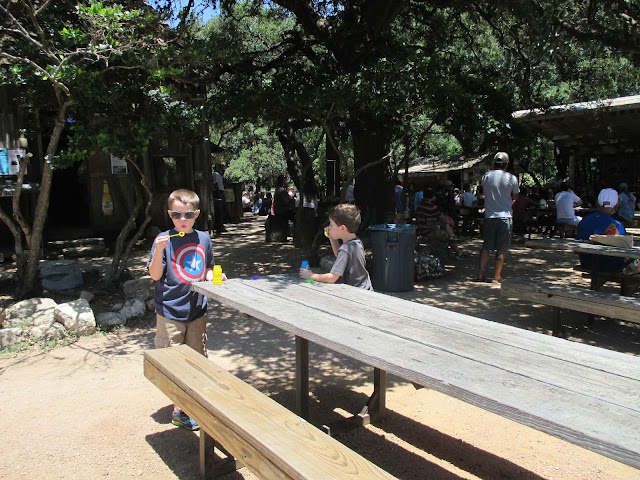 Ben wanted to take our photo.  He's only 6 but he's got the artistic angle down perfectly. 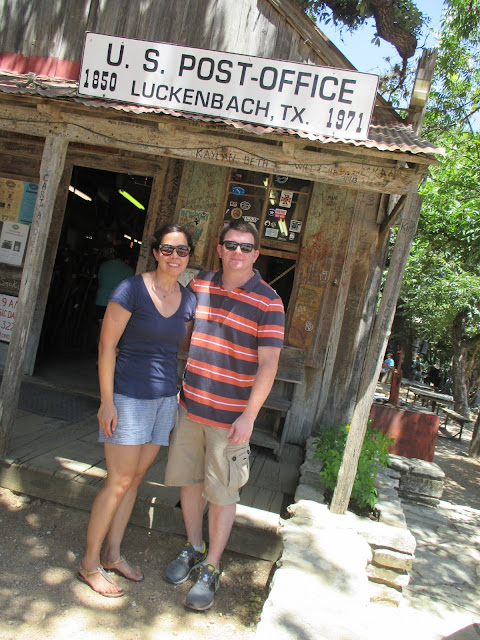 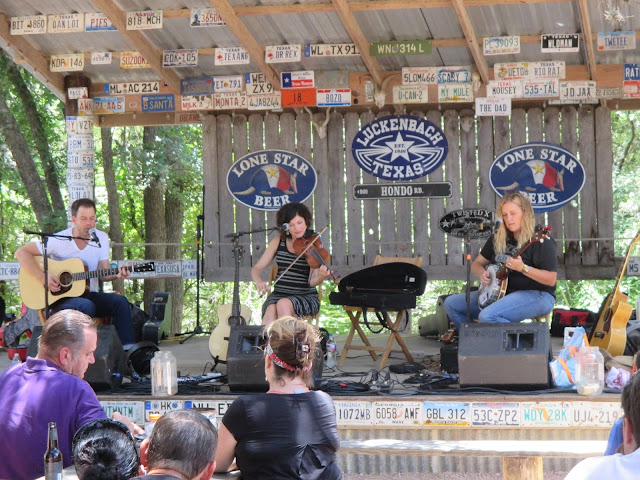 We missed the turn onto Luckenbach Road from HWY 290, but it was a happy accident when we turned around at this peach stand.  I hopped out and bought some of the best peaches I've ever had.  Will said they are the very best peaches he's ever eaten. 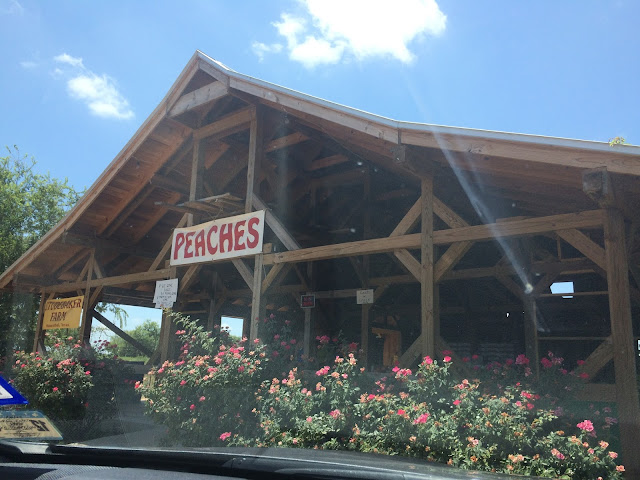 Once we left Luckenbach we knew we needed to start making our way home.  We drove through Fredericksburg but we didn't stop.  We plan to go back when we can spend more time.

Cooper's Pit BBQ in Llano was our final stop before leaving the Hill Country.
I'd been a long time ago but this was Mark's first time.  It was good but he preferred Black's in Lockhart.  He's the barbecue connoisseur. I'm a connoisseur of the side dishes.  I liked the beans and potato salad at Cooper's the best. 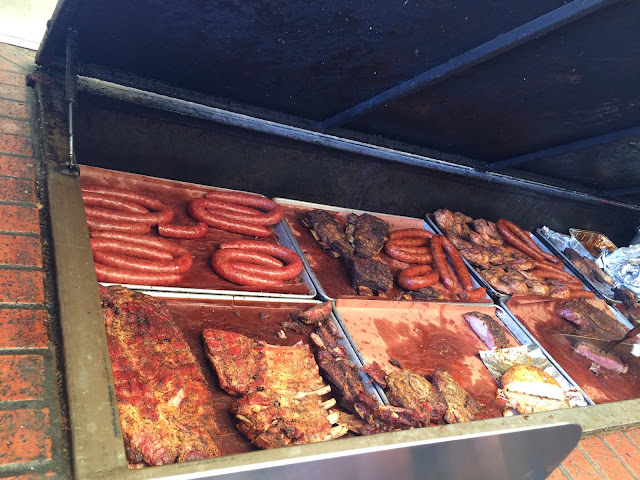 It was a good trip and I'm thankful we took an extra day to get home.  Our plans for this short road trip changed numerous times (we originally planned to go to College Station instead of the Hill Country) but all those changes made it spontaneous and memorable. It was perfect! 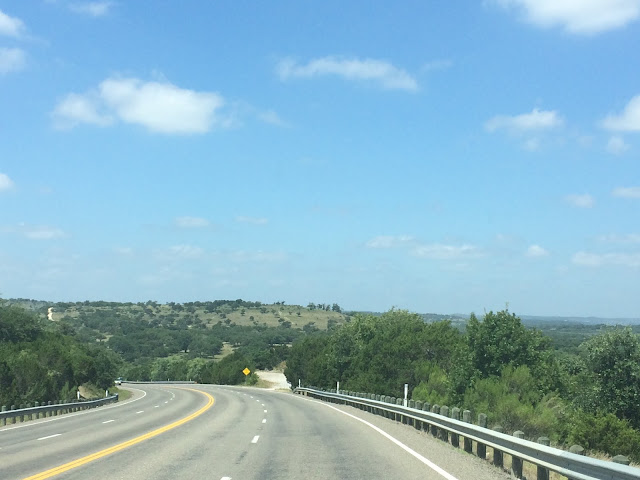