Since I'm highlighting Andrea, let me tell you a little more about her. She and I are from the same hometown, but we didn't know each other until we became sister-in-laws. (She's about eight years older than me.) Andrea is married to Craig, Mark's older brother. Andrea and Craig have two kiddos who we adore, and she's a first grade teacher in the small town where we all live and work. Andrea learned to crochet when she was twelve years old. She would "eldersit" for her neighbor's husband who had Alzheimer's. The neighbor couldn't sleep at night because of her husband. To get some rest the neighbor would have Andrea come over after school and sit with her husband. This allowed the neighbor just a little time to take a nap and rest. After her neighbor woke up, Andrea would hang out at their house, and it's during that time that the neighbor would teach her how to crochet. Isn't it neat to know how these things began? I never knew how Andrea learned to crochet until I asked her so I could write this. I'm glad I asked. Andrea learned how to knit about three years ago. She's self-taught and learned by watching YouTube videos. How great is that!?!
Currently she makes scarves, baby blankets, afghans, name doilies and dishcloths.
The first three photos were taken by Andrea. She wanted to make sure there was a disclaimer about the quality of the photos, ha! Let me quote her, "The crappy photos were taken on my ancient 4.1 megapixels point-and-shoot camera. Don't judge; it's about the yarn." She's a hoot! 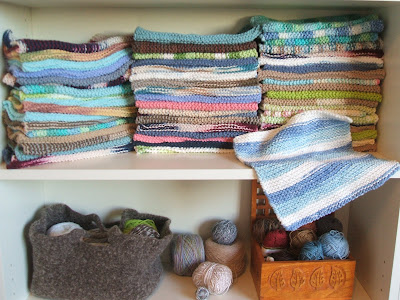 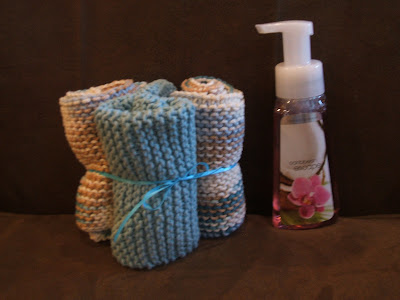 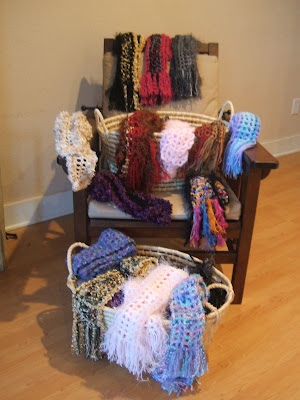 The following items were also made by Andrea.
And, photographed by me ;)
This beautiful afghan was a Christmas gift several years ago.
It's just the perfect size to cover up with when watching TV.
Very colorful and cozy! 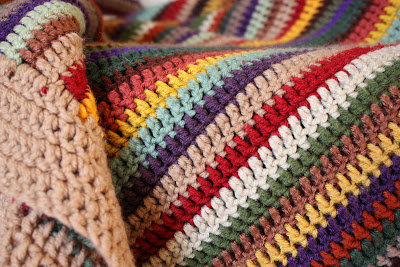 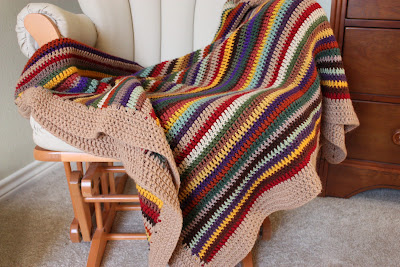 Will's baby blanket. I love that she used non-traditional colors for each of my boys' blankets. 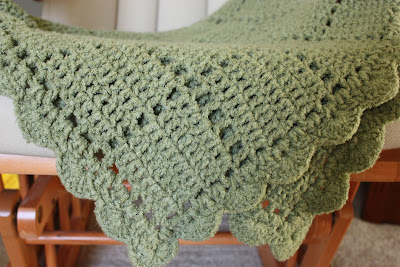 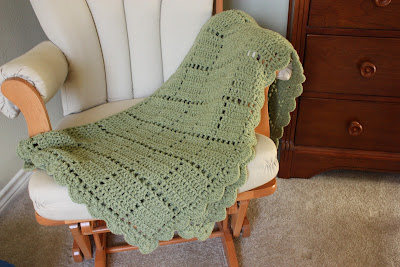 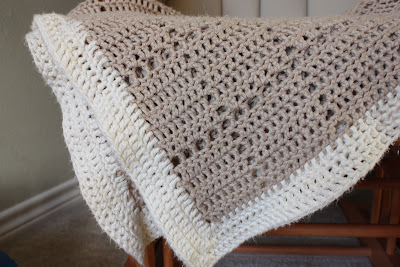 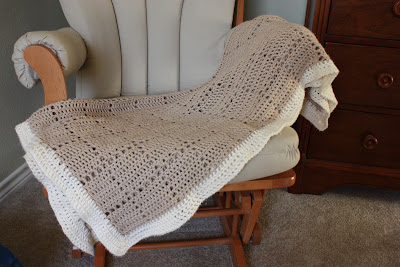 The scarves! Simply lovely!
There's a great story behind the fringe trim that you see on the scarves below. Several years ago (probably five years) they sold it in the $1 section at Target. Andrea had purchased several skeins (yes, I just had to look up how to spell that) but she showed some self-control and didn't overbuy. One evening Mark and I were shopping at a Target in the suburbs of Dallas and we saw that the fringe was on clearance for 25 cents. I immediately called Andrea and she told me to buy all that I could. It was quite a sight to see me in the checkout line with as many skeins as I could carry. Pretty hilarious! She then called on of her best friends and had her buy as much as she could at any Target she was at. Andrea bought all that she could get her hands on. She also sent her husband to any Target near his work in Dallas to clear out all that they had. She hoarded who knows how many skeins? I'll have to ask her and update this. 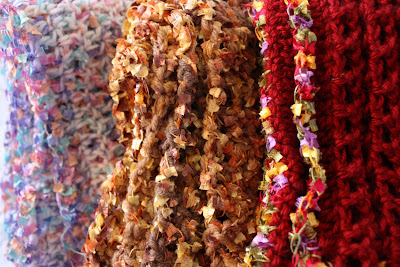 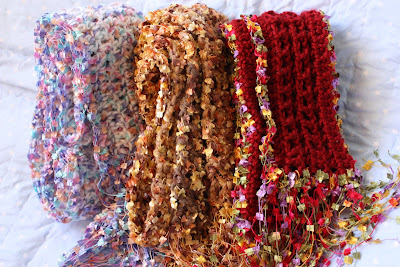 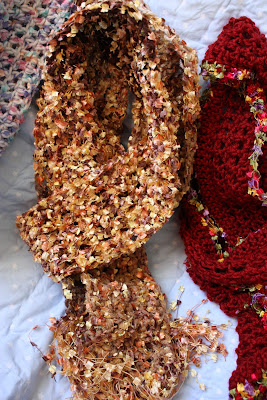 Dishcloths. Such a practical item. If they look a little faded, it's because they are. I use them so much and wash them over and over. 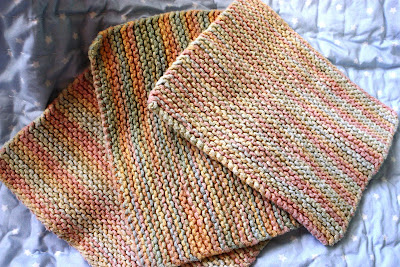 One more thought about Knitters Without Borders. Andrea uses it as a teaching tool at school. With every item purchased Andrea includes a card that explains the charity and how 100% of the purchase price is donated to Doctors Without Borders. The students in her class draw pictures and decorate the outside of the cards. They keep a running tally on the board of all of the money that has been raised. It also provides teaching moments when there's a major medical crisis, such as the earthquake in Haiti. She is able to, in an age-appropriate way, explain the situation and what's being done to help those in need. What a great way to help students make connections between their life and current events that are happening around the world. She says that the students take a lot of pride in helping with the charity by designing the cards. I just love any kind of teaching moment that helps students learn about the greater good.
If you are interested in purchasing an item made by Andrea, please contact me at micheleiww@hotmail.com.


If you are interested in making a donation directly to Doctors Without Borders, please click here.﻿
Posted by Michele at 11:53 PM