Acts 20:35
It is more blessed to give than to receive. 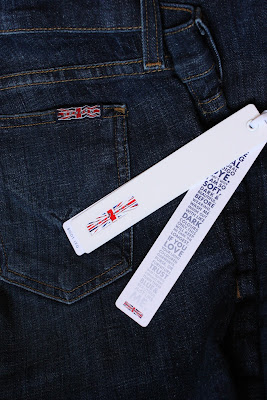 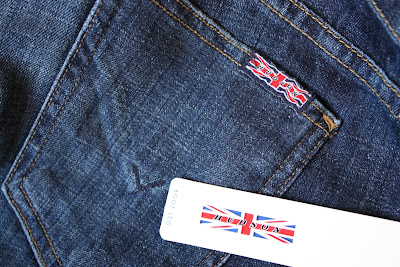 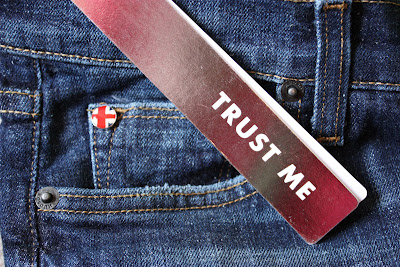 What does this verse and my new Hudson jeans have in common?
Really nothing, unless I explain a few things and then you'll understand.

These Hudson jeans were an early Christmas gift from my sweet husband.  He bought them for me a few weeks ago.  Since we've had kids we don't do Christmas gifts for each other.  I know it sounds terrible to some of you, but we're both happy buying for our children and don't really care if we get anything.  Since we don't do gifts for each other, the jeans were a big surprise.  He knew I had been wanting them for a long time, but I'd never splurge and buy them.  He found them online at Piperlime and bought them late one night after I'd gone to sleep.  He planned not to tell me but realized that if he kept them until Christmas we'd miss out on returning them if they weren't the right size or I didn' t like them.  So the next morning when I woke up he said, "I need to tell you something.  I bought you something online last night."  I was excited because we never surprise each other.  My heart skipped a beat.  I had no idea what it might be.  He told me he bought the jeans!  I felt kind of silly getting so giddy about a pair of jeans, but I was so excited.  I don't know if it was more that the jeans are awesome or that my husband was so thoughtful.  Anyhow, I was tickled! 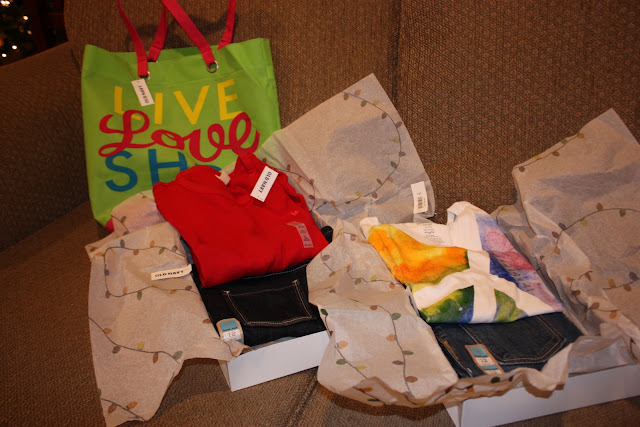 That surprise was such a treat this holiday, but one other thing topped that feeling of excitement.  We have a family in our church who needed some assistance this Christmas.  Several church members got together and decided to buy gifts for the family.  We chose the girl who was in junior high.  I figured we see kids that age every day so I could probably figure out what she might like to wear.  We went to Old Navy and found two cute outfits.  I had so much fun shopping in the girls' section and picking out the outfits.  There's just something about the feeling you get in your heart when you give something to someone, especially someone in need.  It feels really good.  I know buying those outfits was supposed to be altruistic, but I don't know if it was.  The feeling that came from doing something for someone else and not for myself outweighed any joy I felt over my nice, new Hudson jeans.  Don't get me wrong, I love my new jeans, but I love the feeling that came from giving even more.

Isn't it really what this season is all about?
Giving

John 3:16-21
For God so loved the world that he gave his one and only Son, that whoever believes in him shall not perish but have eternal life. For God did not send his Son into the world to condemn the world, but to save the world through him. Whoever believes in him is not condemned, but whoever does not believe stands condemned already because they have not believed in the name of God’s one and only Son. This is the verdict: Light has come into the world, but people loved darkness instead of light because their deeds were evil. Everyone who does evil hates the light, and will not come into the light for fear that their deeds will be exposed. But whoever lives by the truth comes into the light, so that it may be seen plainly that what they have done has been done in the sight of God.
Posted by Michele at 9:47 PM