Christmas 2009
I don't think that you can argue that Christmas isn't special.  There's something about the spirit of the season.  Every Christmas is special, but Christmas since we've had children has been especially meaningful.  My memories of the season are more vivid.  Will was so little his very first Christmas.  He was only about eight weeks old.  Ben was about six months old at his first Christmas.

Last year was extra special because our little family was complete.  Having both boys made me want to start Christmas traditions that we could share each year.  We have two traditions that I think the boys will enjoy as they get older. I know they aren't really old enough to understand them right now, but I think one day they will appreciate the ritual.

Our first tradition is for the boys to exchange ornaments.  Since the boys are really too little to choose one for each other, I selected last year and this year.  Each ornament is chosen with something that reminds me of Will and Ben at that particular age.  I write the year on the box that each ornament is stored in so we can remember when it was given.

Our second tradition is for the boys to exchange books.  Each book has the year and who it is to and from written inside.  Last year the boys exchanged Dr. Seuss books.  This year we've chosen other classics for the boys to trade, Harry and Horsie and Mike Mulligan and His Steam Shovel.

I hope when they are older this will be a meaningful holiday tradition. I think they will value the ornaments and books given over the years, but it's not really so much about the ornaments or the books.  It's about the memories we'll make together as a family.

All of the photos were taken last year in November.  I couldn't resist the matching pajamas and nightcap.  I'm even kind of fond of the photography backdrop with the faux window, snow and Santa and his sleigh.  It reminds of portrait studio photos from my childhood. 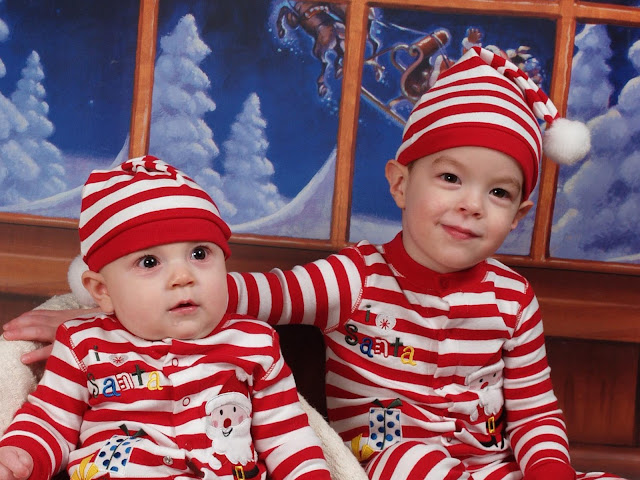 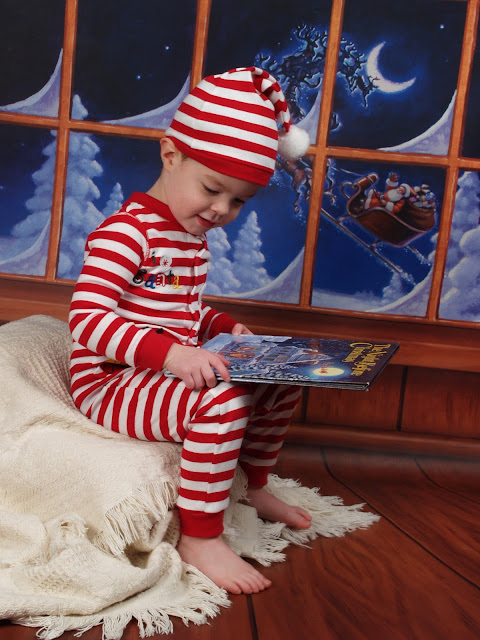 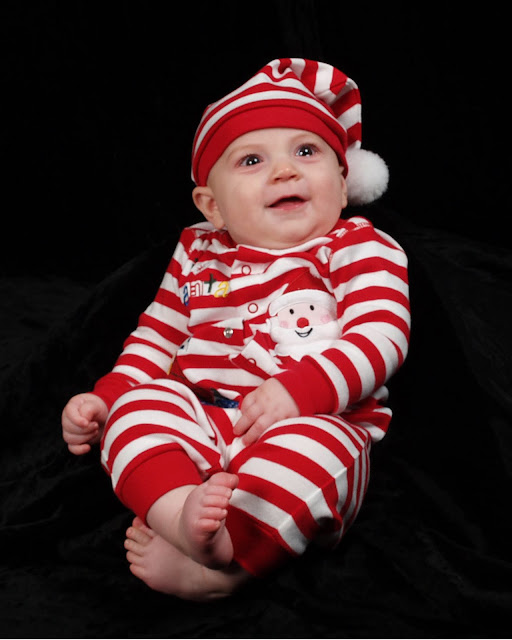 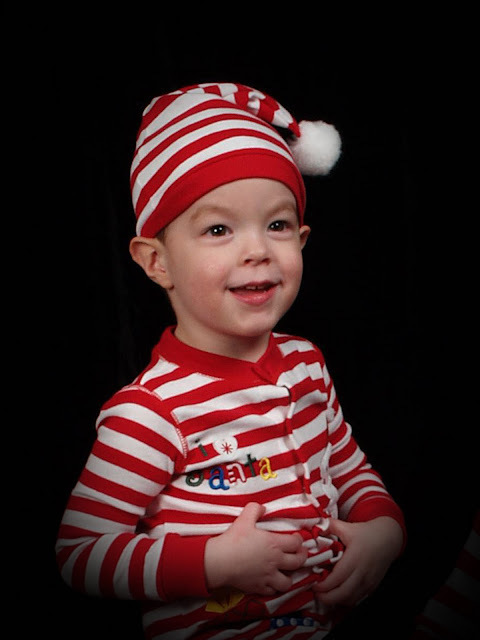 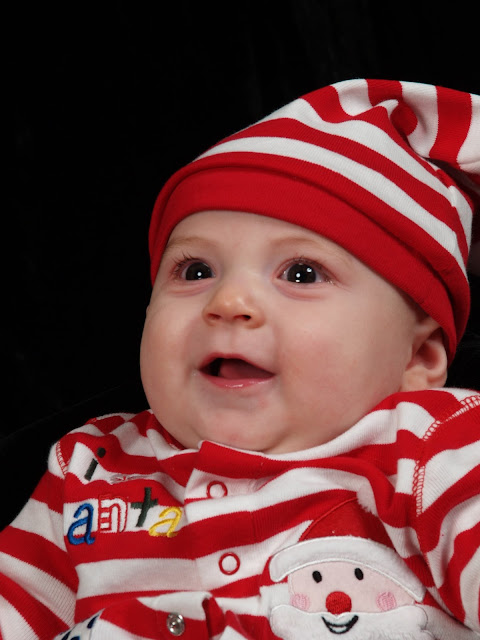 I'll be linking up to Cha Cha at Sit Relax and Read.  She reminded me to pause and reflect on the people who mean the most to me during this holiday season.