Mark gave me this lamp our very first Christmas together in 2001. 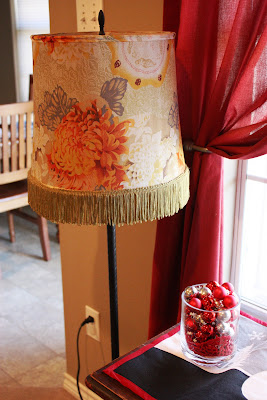 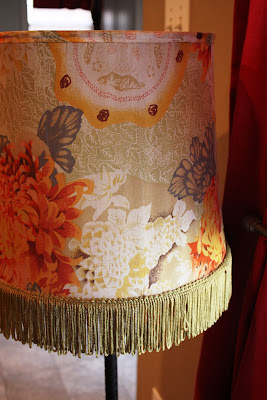 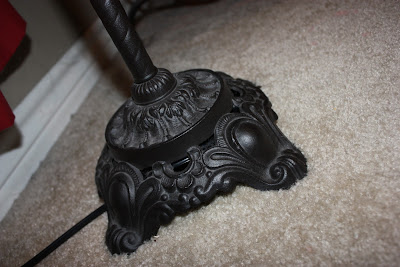 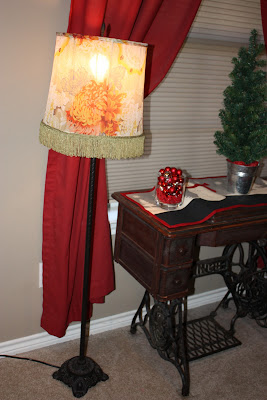 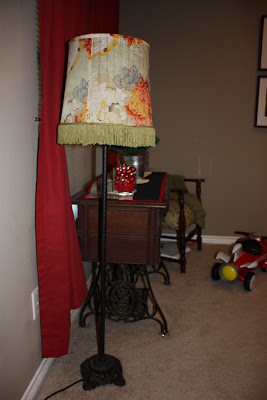 I met Mark in August '01.  Let me give you just a little bit more background info.

I graduated from college in December '00 and moved to Seattle, Washington.  I'd worked for six months as a Baptist Collegiate Ministry/Baptist Student Ministry student director at the University of Washington.  I knew the job was temporary, and I moved back home to Texas in June '01.  The current plan for my life was no plan.  I was working for my church as a summer youth intern until I decided what to do next.  In July, a friend who is a teacher called me up and said there was a teacher/coach position open at the school where she worked.  This school was in a small town just seven miles from my hometown.  I decided to take the job.  I figured I could do anything for a year.  And, I only planned to teach for a year.

I met Mark in August '01 at a teacher inservice.  Several people had already mentioned that there was a really nice single guy who taught in the junior high.  I totally dismissed it.  I really wasn't looking to get involved in a serious relationship.  Mark and I would talk in passing and he seemed nice enough (not to mention handsome, smart and funny).  He also coached basketball so we talked about that a lot at the beginning.  We would also chat after school.  I guess it was in September when I realized that Mark was someone I might be interested in dating, if he was interested in dating me (he was!).  It's funny how during all of this time some of the students would make comments about how we would make such a cute couple.  Some of the girls even told me that he was such a nice guy, and that I should go out with him.  How funny coming from junior high kids!  I should thank those junior high kids who are now in their twenties for helping me have the courage to go on a date with him.

At the beginning of October, we went to a junior high football game together.  That weekend we went on a date at the Cheesecake Factory (best first date ever!) and the rest is history.  We were inseparable from then on.  I really liked him and he really liked me.  It just made sense to be together.

We met each others families at Thanksgiving and then we spent our first Christmas together.

I remember having so much fun shopping for him that first Christmas.  I was living at home and had extra money to spend.  It was so neat to buy special gifts for my special someone.  We really went all out and spoiled each other.  I know he spoiled me!

I'm not really sure how Mark figured out I really wanted this lamp.  I think I may have shown him the Anthropologie catalog.  He remembered and he ordered it.  I was totally surprised on Christmas morning when I saw it.  We exchanged gifts that first Christmas at his parent's house because his parents were at his brother's house having Christmas breakfast.  He brought the lamp out into the living room and I squealed with excitement.  It was the Anthropologie lamp that I had been wanting!  I knew he had no idea who or what Anthro was, but he made the effort to get something that I really wanted.  He also made an extra effort to buy a specific skirt that I wanted at J Crew.  He drove all the way into Dallas to this mall and bought the skirt because that's the only J Crew in the DFW area that had it in my size. The things you do for love!

I'll always remember our first Christmas together and cherish this lamp.

I love romance, and I love our story.  Thanks for letting me share.

I'm linking up to Cha Cha at Sit Relax and Read to share this sentimental story.