I started Flashback Friday a couple of months ago in an effort to share and save special pre-blog memories.  Imperfectly Wonderful World has only been around since May 2010.

On Wednesday, Ben turned eighteen months old.  He's turning into a little boy and leaving the baby stage behind {sigh}.  I know I've said this before, but I can barely remember the teeny tiny baby phase we were in last year.  It was a blur!  It was crazy working full-time with a new baby and keeping up with a three-year-old.  Most of my memories from last year are of washing bottles and freezing breast milk.  Hey, if you're a mom who has ever pumped at work, then you know it's liquid gold.  Sorry if that was TMI!  ﻿

Back to Ben.  I thought about this time last year and Ben would have been six months old.
Things I remember about Ben at six months:
He'd developed his playful personality.
He was a chunky monkey.
He was beginning to crawl.
He had the cutest bald head.
He had cut several teeth, as you can see in the photos.
And, he had the most adorable Christmas pajamas ever.

I almost think the flashbacks from one year ago are my favorite because it never ceases to amaze me the difference that one year can make.

Ben doing what he did best--drooling, smiling and looking adorable! 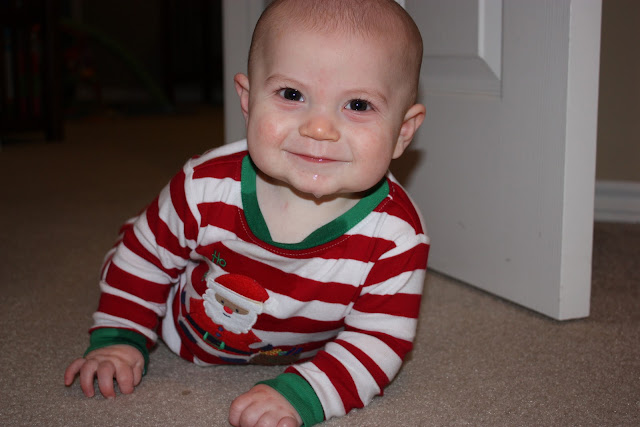 Check out those two bottom teeth. 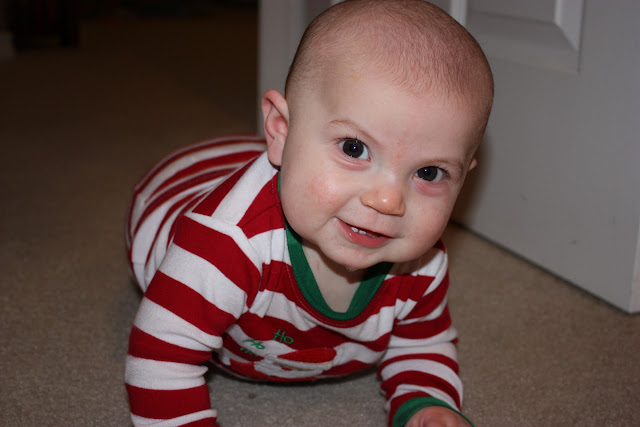 Cutest Christmas pajamas and socks ever! 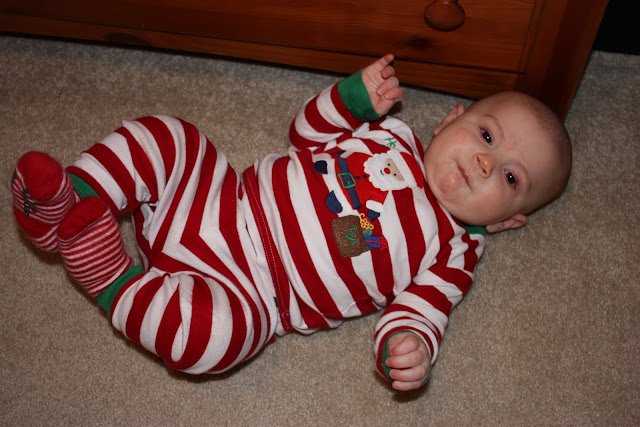 I couldn't leave this one out of Will and Ben.  It looks like Will is reading a book to Ben.  I just love this photo. 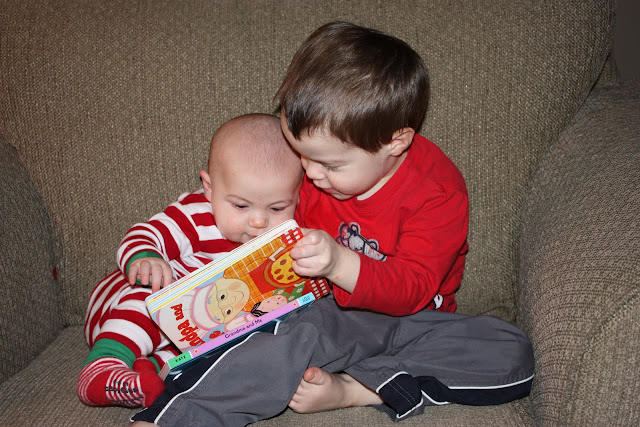 Happy Friday!
Posted by Michele at 6:49 AM