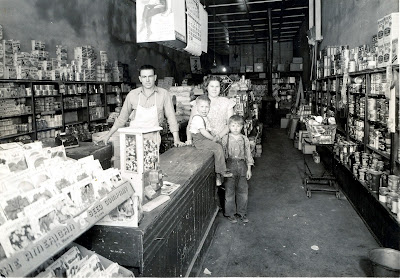 My grandparents owned a grocery store in the small town where they lived from 1947 to 1960 {almost 14 years}.  As they would say, "People traded with them."  Growing up I heard numerous stories about the grocery store and their customers.  It was a significant part of their life.  Many items from the store were sold, given away or thrown away after they closed the store.  A few things were left behind, and I am lucky enough to have some of them at my home. 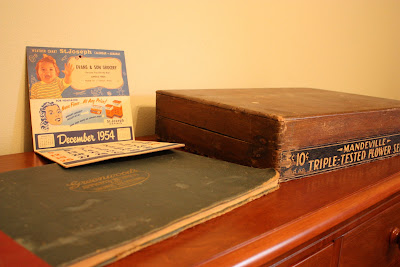 The seed display box was  in my grandparent's shed.  One weekend I was home from college for a visit and my grandma was cleaning out the shed.  She was about to toss this in the burn pile.  I didn't know it was special and had ties to the store..  I just thought it was a neat old box, and I asked her if I could have it since she was going to burn it.  She said sure and told me it was an old box leftover from the grocery store.  I'm so glad I came home that weekend for a visit!  You can tell it has been used and it's a little worn in some places, but that makes me treasure it even more because I know it was once used to display seeds in  my grandparent's store. 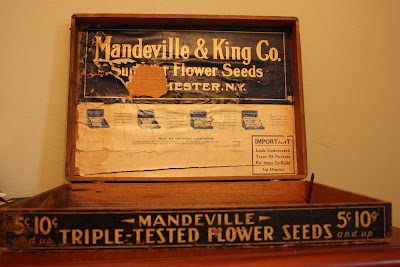 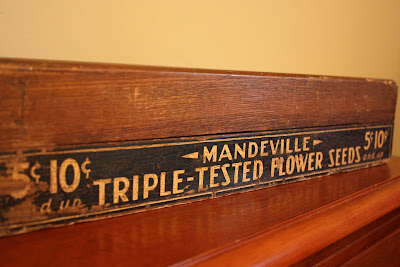 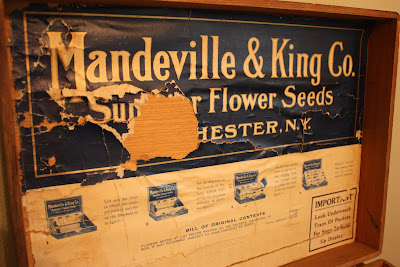 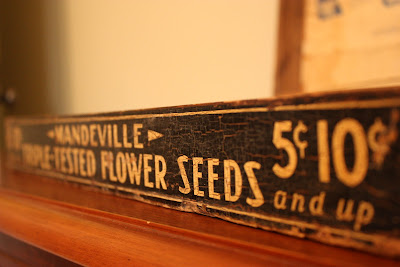 This ledger book was used in the store. 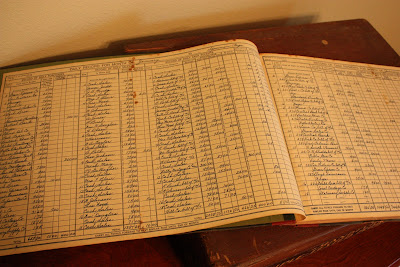 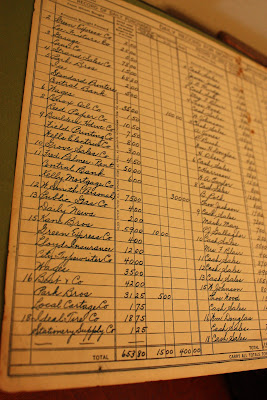 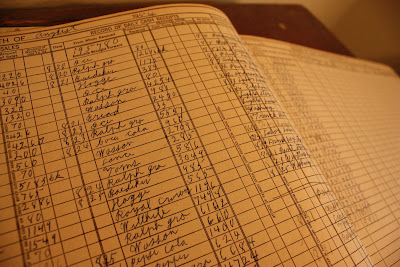 The calendar was given to me by one of my grandma's nieces, Sarah.  My grandmother's sister, Ruth, was Sarah's mother.  She passed away several years ago and when they were cleaning out Aunt Ruth's house she found this calendar from 1954.  Sarah knew I would appreciate it so she gave it to me.  What a treasure! 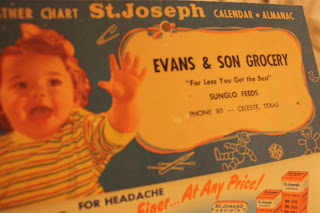 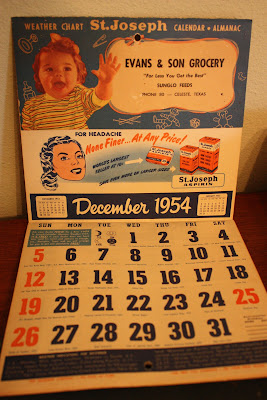 Shopping basket that was used inside the store. 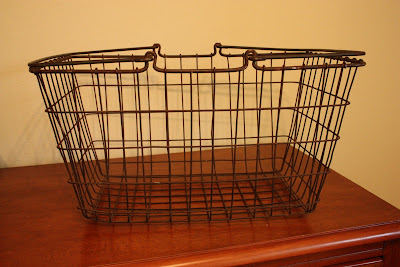 I'll be linking up and sharing my special family treasures from Evans and Son Grocery with Cha Cha at Sit Relax and Read.  I'm so thankful that she started Sentimental Sundays.  Since I started blogging I wanted to share these special pieces and stories, but I just didn't know how to go about it.  Sentimental Sundays has given me the perfect opportunity to reflect and share.  Each post is easy to write and takes little effort. I think it's so easy because it's written from the heart about things I hold dear.  Thank you Cha Cha for helping me find a way to share these special memories.