Since I use the Hipstamatic App instead of Instagram, I titled the post HipstaFriday--get it.  I can't think of anything clever to call these posts so that's as good as it gets.  I suppose I could just title it InstaFriday and put the date, but that's about as original and creative as my WIWW post titles.  I could also call it Phone Dump Friday, but that's not very appealing.  Anything with the word 'dump' shouldn't be in my title.  I will stop there.

Let's get to the photos!

*These are in no chronological order whatsoever.


I have been known to try take photos of my boys at inconvenient times.   A couple of weeks ago we went to the grocery store to buy milk.  We trying to get in and out quickly but I just had to take a couple of photos of Ben and Will by the pumpkins.  I love fall, can you blame me?

Ben cooperated, but while I was taking this photo Will was knocking over piles of pumpkins. 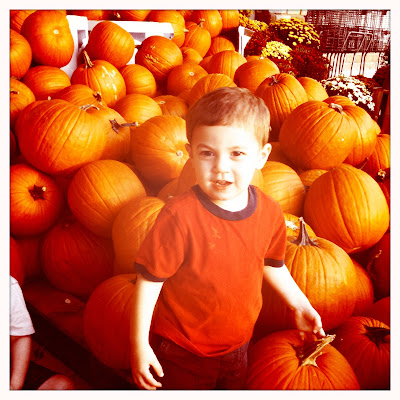 I finally got Will to sit still so I could take one photo of him. 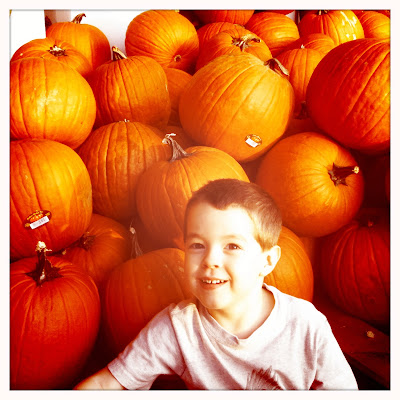 Saturday we had breakfast at Cracker Barrel.  Yum-O! 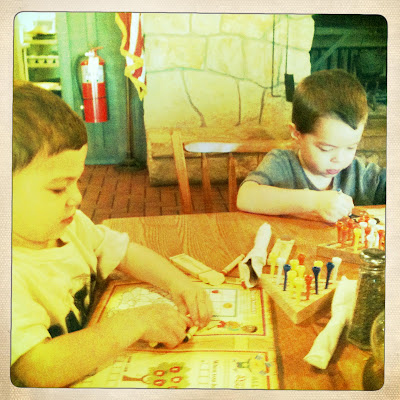 The boys enjoy playing in the country store as much as I enjoy the pancakes and bacon. 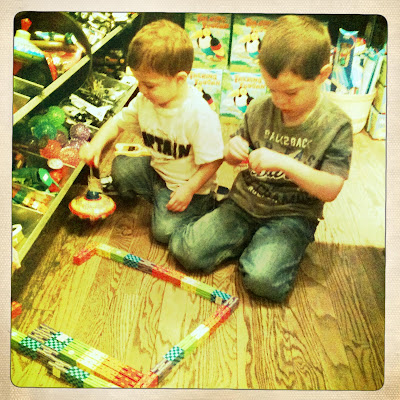 Ben really likes to look at the fish at Wal-Mart.  I do, too. 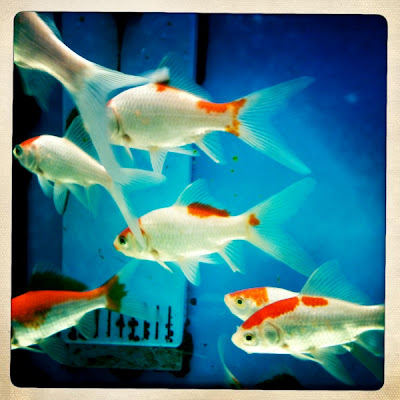 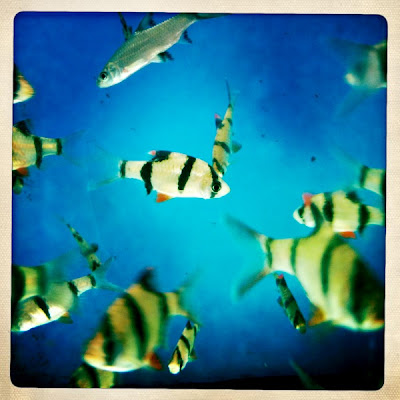 Will is not a big fan of hats or caps.  I have no idea why he decided to wear this one. Since he rarely wears a cap, I knew I'd better take a photo because he won't wear one again.  Ben's the opposite.  He loves to wear caps.  On a side note, Will looks so big in this photo.  I can't believe he will be 5 years old in less than a week!  Where does the time go? 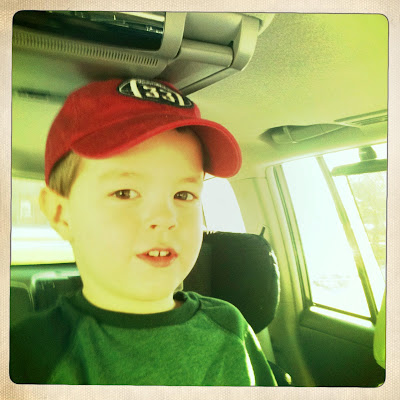 This is the entrance to Fuddruckers.  The boys thought the footprints were so cool. 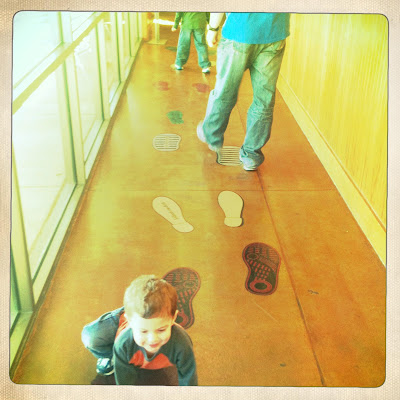 Those are awful big shoes to fill, Ben! 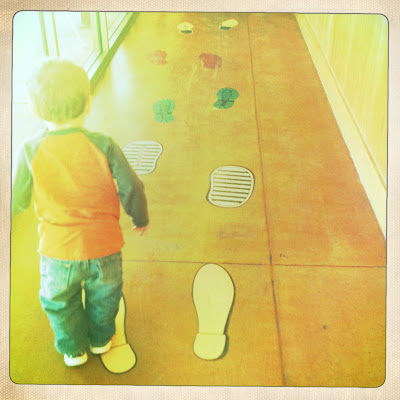 This should be after the pumpkin photo.  It was taken the same day.  I wasted time here because I had to get a photo of Will and Ben pushing the little shopping carts.  Thank goodness the grocery store wasn't very crowded because the boys can get a little crazy pushing the carts around.  Mark and I took several hits to the ankle and calf. 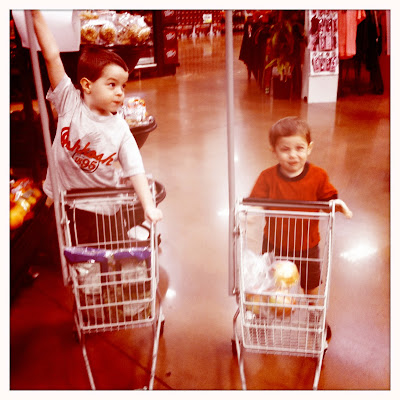 This was taken at the beginning of October when we celebrated my mother-in-law's birthday.  Will thinks every birthday meal has to be followed by frozen yogurt at Yumi-Licious.  I have to admit that it's not a bad idea.  Papa Jerry shared his yogurt with Ben. 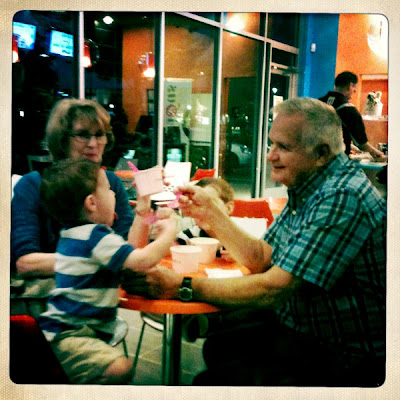 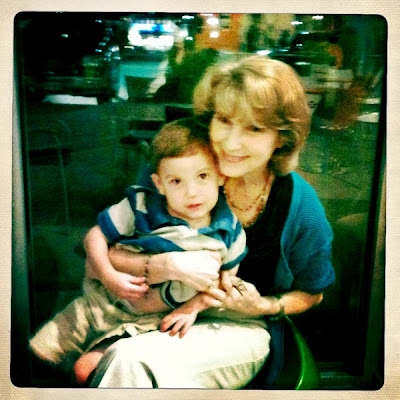 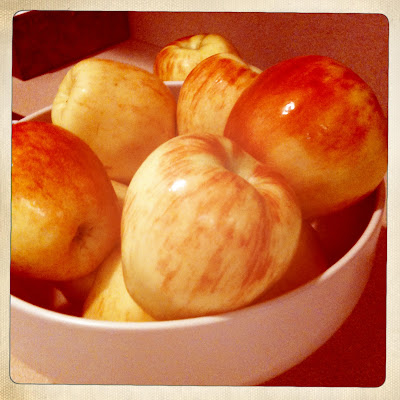 I got some earrings from Ike and Co today in the mail!  I might be just a little obsessed with her shop.  No seriously, Angie is the best and her jewelry is beautiful.  You'll definitely be seeing the new goodies in my WIWW posts. This week Will and Ben have had a stomach bug that's going around.  Yuck!  Thank goodness both are on the mend.  The boys' bathroom counter looked like this.  I have an arsenal of cleaning supplies and disinfectants.  I also have my old standby bleach that didn't make the photo. 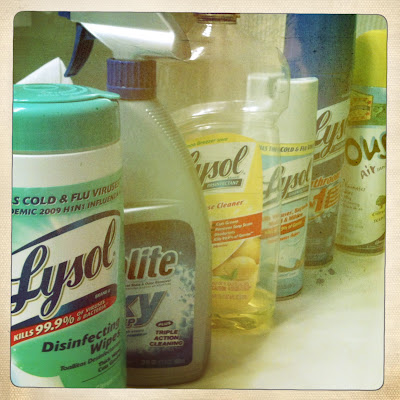 I've done countless loads of laundry.  It's not easy to operate the washing machine at 3:00a.m. 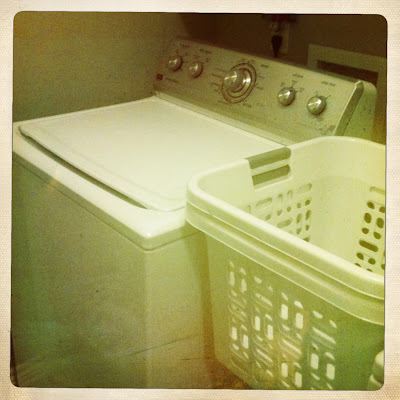 Texas Rangers
World Series
So intense!  My husabnd is true fan of all the Dallas sports teams--Dallas Cowboys, Dallas Mavericks and Texas Rangers.  I didn't think anything could top the Mavs winning the NBA championship this summer.  A Texas Rangers World Series definitely could.  Game 6 was intense and my husband may have a few more gray hairs because of it.  It's so disappointing that the Rangers lost and have to play Game 7.  For my husband and all of the other loyal Rangers fans, I hope they can make it happen.  I know he wasn't the only guy going crazy during the game.  All I had to do was check my facebook updates and so many people posted that their husbands couldn't take it.  I could relate.  I was texting back and forth with my brother the entire game.  He was super disapointed, too.  I'm still a fan...Let's Go Rangers!!! 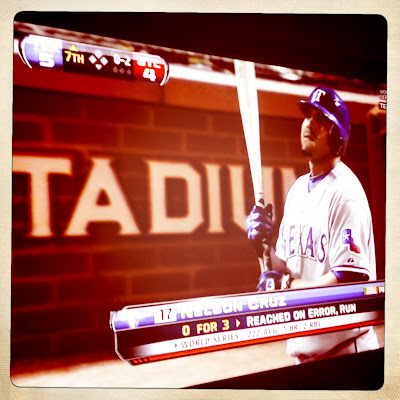 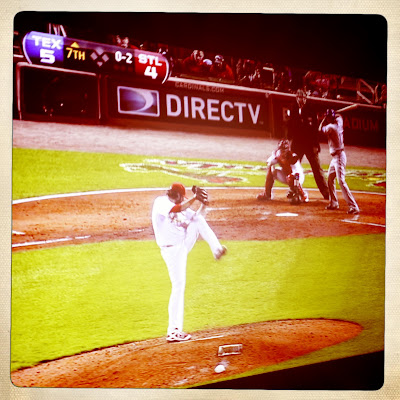 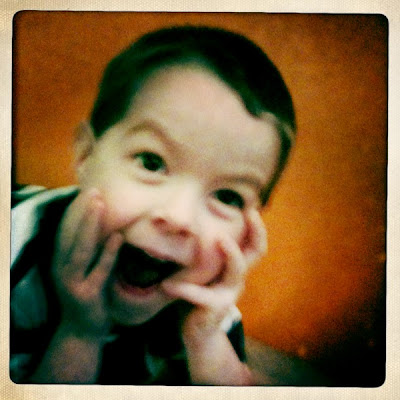 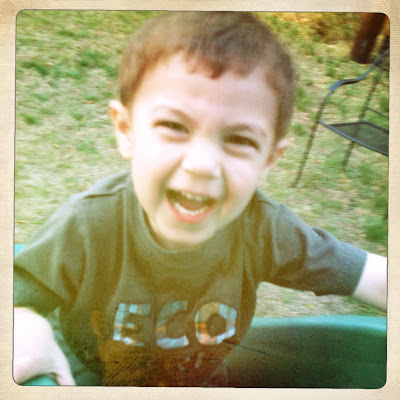