Growing up I lived outside of a small rural town in the country.  There were no neighborhoods to go trick-or-treating.  We had a Halloween Carnival (or is it politically correct to say Fall Festival) where we could dress up at my school, but other than that Halloween was something I didn't get to celebrate.

When Mark and I married and built our little house in town I was so excited about our first Halloween.  I bought lots of candy and waited in anticipation for our first trick-or-treaters.  I had the best time seeing all of the kids (and some grownups) in their costumes.

About five years ago we started giving away candy for our church at our town's local Halloween festival "Halloween on the Square".  Local businesses, organizations and churches line the streets of our downtown square and all of the kiddos walk around and fill up their bags with candy.  There are bounce houses and a costume contest.  These are the things I love about living in a small town.  It's safe and so much fun.

Since Halloween is one of my favorite times of year, and I've only been blogging since May 2010, I wanted to flashback to some of my favorite images of the boys dressed up for Halloween.  Get ready for some photo overload!


Will
2007
This was Will's first Halloween.  He was just about to turn a year old.  He's always loved monkeys so when we saw this costume we knew it would be perfect for him.  It was so neat to get Will dressed in his adorable costume and go downtown.  I remember the weather was perfect and we all had such a good time. 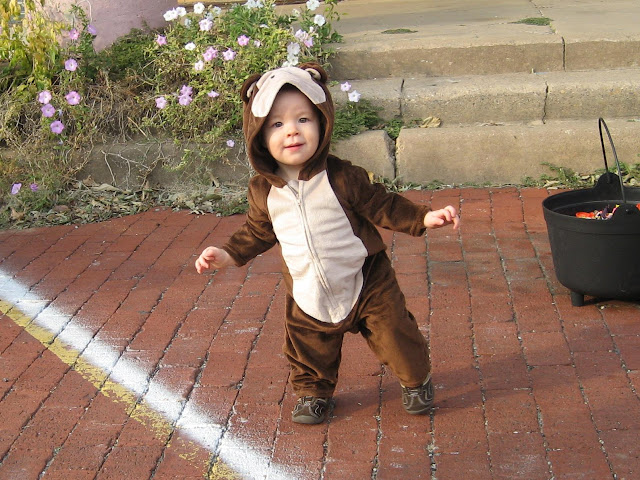 Will at his first Halloween on the Square. 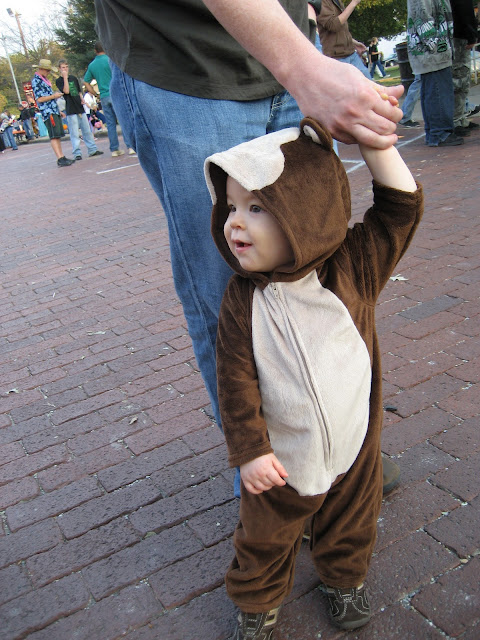 Probably one of my favorite photos ever of Mark and Will. 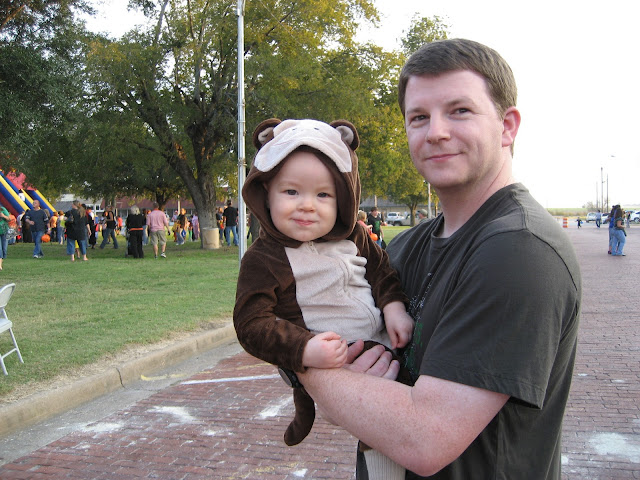 Will
2008
Will was almost two and I was pregnant with Ben.  I had pretty yucky morning sickness and was exhausted because I was still in the first trimester.  We decided to go with the super hero theme and Will was Batman.  The Batman mask stayed on for about 2 minutes so the rest of the evening he just wore the costume minus the mask.  Still very cute! 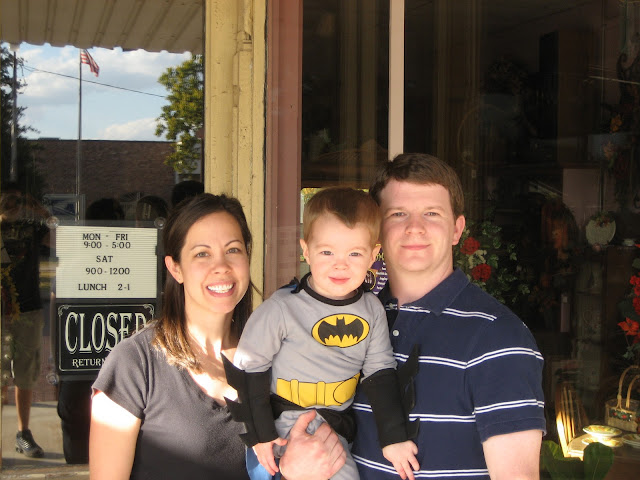 This was his first year to get in the bounce house. 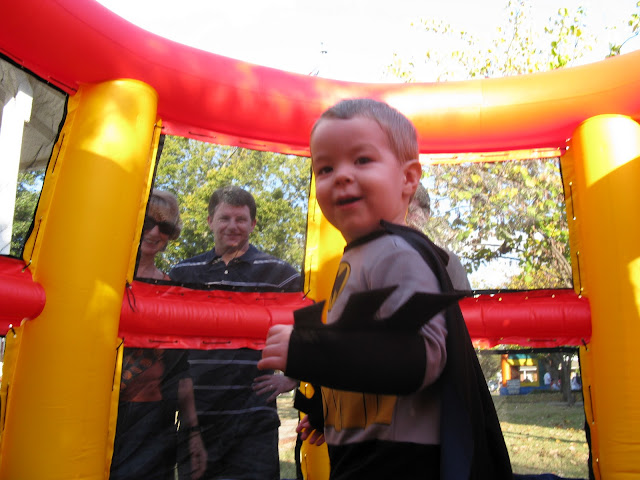 Trying to get him to pose for a photo was as hard as it was then as it is now. 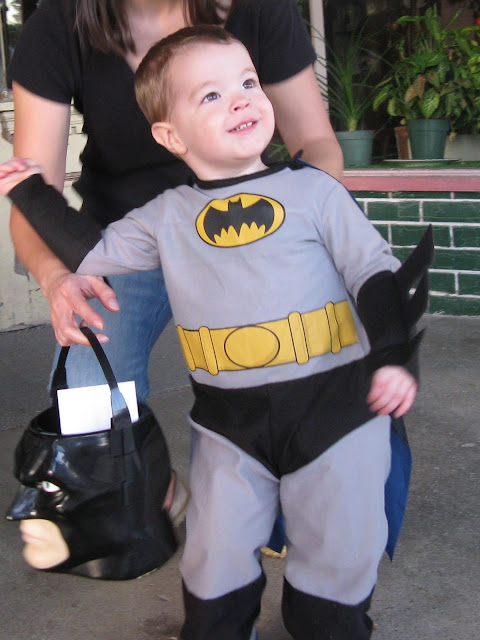 Will and Ben
2009
This was such a special Halloween.  I love celebrating holidays with both boys.  Ben was four months old.  This spider costume was perfect for my little guy.  He was my Itsy Bitsy Spider. 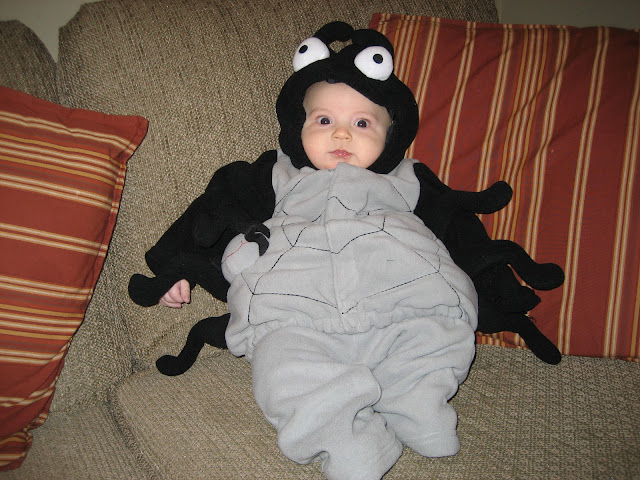 I love the expression on his face in this photo.  If we could put a thought bubble above his head it might read, "What the heck have my parents made me wear?" 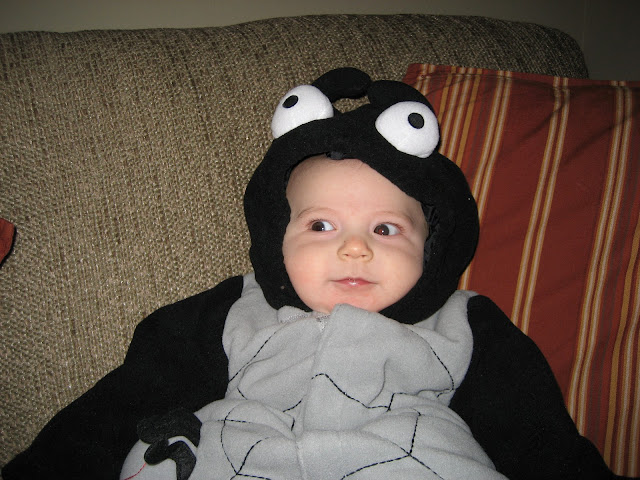 Will was the King of the Jungle.  So far, Will's lion costume and monkey costume have been my favorite.  We were pleasantly surprised when Will kept the hood to his costume up all night.  He also let me paint his face, which made the costume complete. 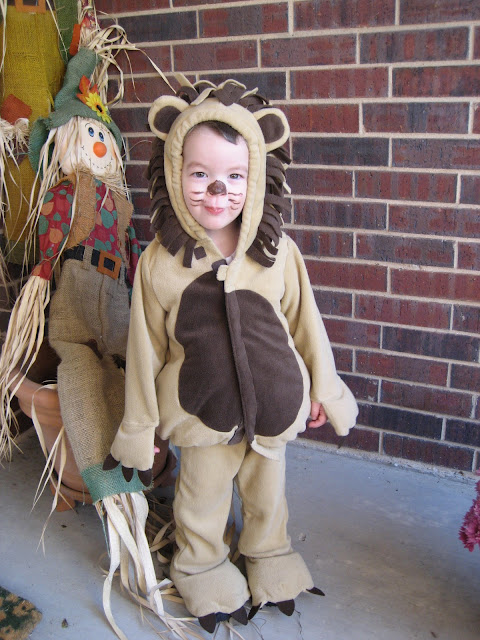 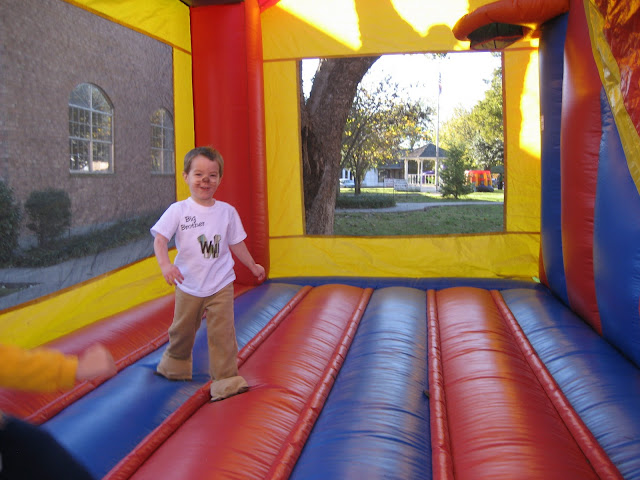 I still have this photo framed on my desk at school.  Since I was still recovering from Bell's Palsy, this photo was one of the first where I actually felt like myself after months of facial paralysis. 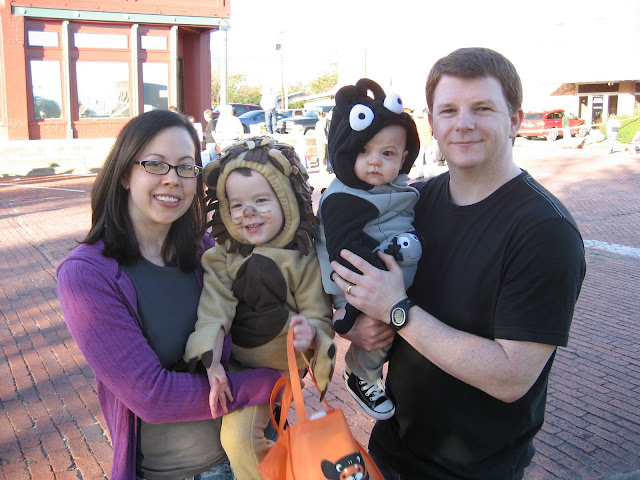 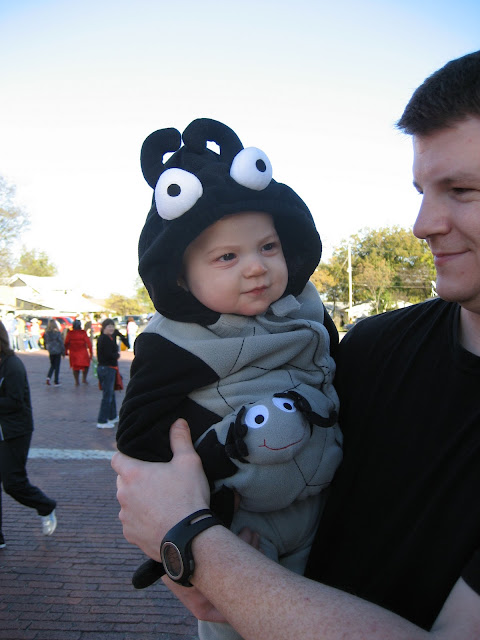 I wish I could go back in time and kiss those sweet baby cheeks! 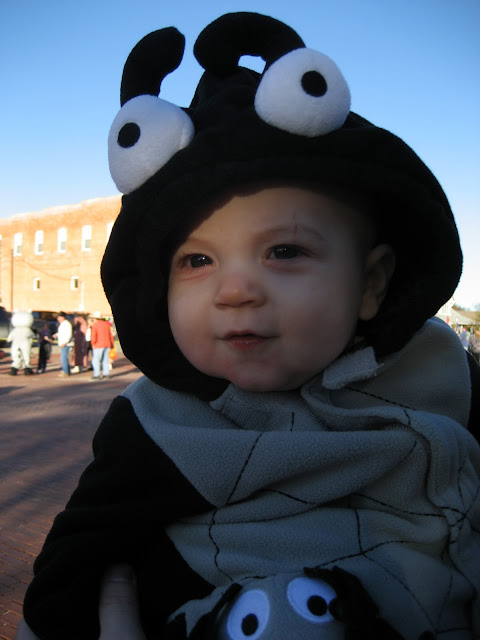 The fun is over.  Time to go home.
Did you notice Ben's super cute baby Chuck Taylors?  Awesome! 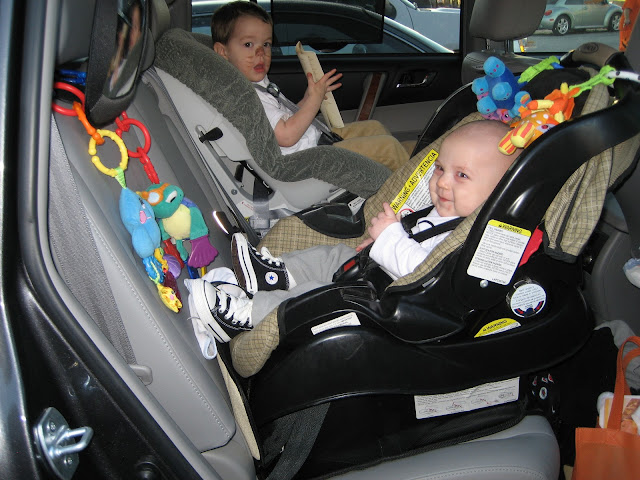 Will and Ben
2010
I wrote a couple of posts here, here, and here about Halloween last year.

Will was Buzz Lightyear and we recycled Will's first costume and Ben was a monkey. 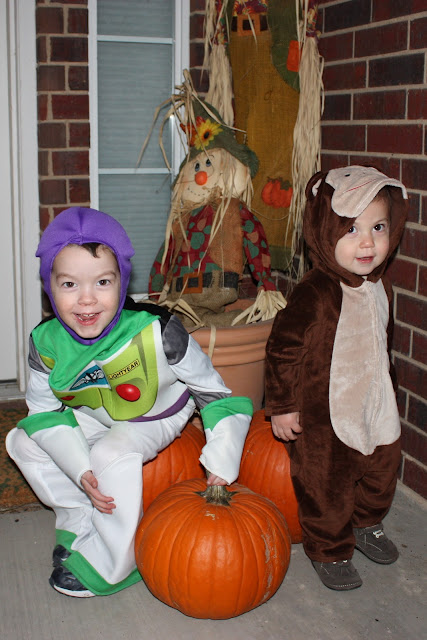 Halloween
2011
We're going with the super hero theme again.  Ben will be Batman and Will is going to be Spiderman.  I can't wait to take photos on Monday when we are at Halloween on the Square.

Hope you have a safe and fun time trick-or-treating!