Happiness is attending The Avett Brothers concert with my husband and having an overnight date!

Life has been stressful in the last months and we finally got a break from it all.  I can't tell you how much we needed some time to ourselves.

The Avett Brothers were originally scheduled to play Dallas in April, but the concert was postponed because Scott Avett's wife was having a baby .  I was disappointed at the time, but it ended up being even better timing for us.

We decided to make it a fun weekend.  We had about 24 hours kid-free thanks to our niece and nephew and Mark's parents who babysat Will and Ben.  We stayed at a hotel near downtown Dallas.  Before the concert we met up with Mark's brother and his wife.  We ate a local burger joint near the hotel and then we made our way to the Palladium Ballroom.

Here's the marquee.  The Palladium Ballroom is a part of Gilley's. (Gilley's as in Gilley's of Urban Cowboy, just in case you were wondering.) 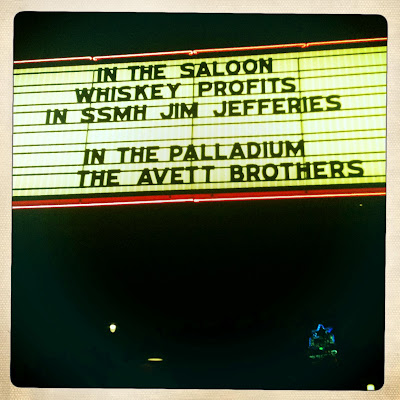 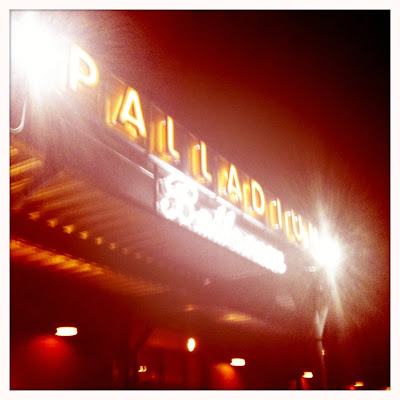 This was the stage before the show started.  I've been to a lot of concerts, but it's been about 10 years since I've seen a live band.  I forgot how much fun it is to see a concert.  I kind of felt young and hip. The opening act was the David Mayfield Parade. 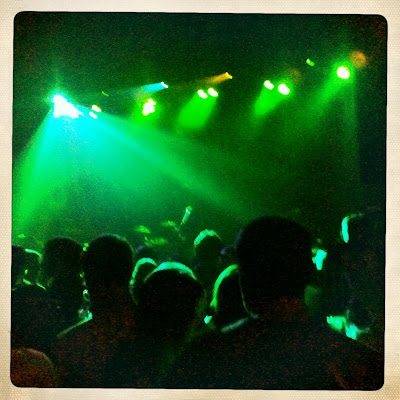 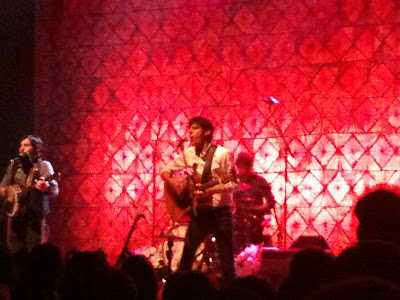 They are phenomenal in concert.  Seriously amazing! 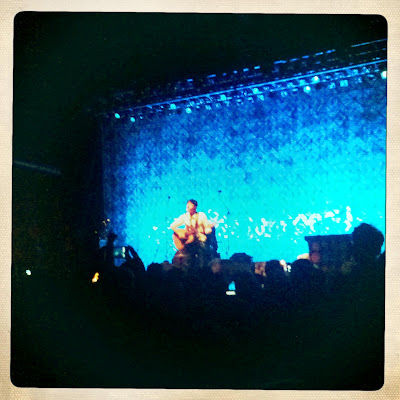 These guys are entertaining and extremely talented. 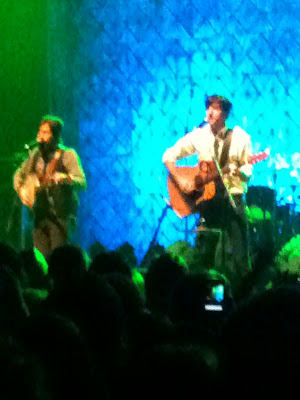 At the end of the show we made our way to the stage.
Mark and I felt like kids just dating.  So fun and carefree!
Here's what I wore to the concert if you are into that sort of thing. 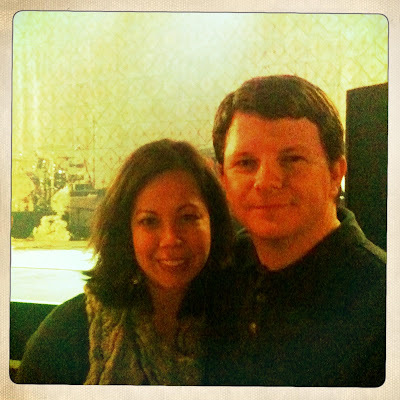 Andrea and Craig had a great time at the concert, too. 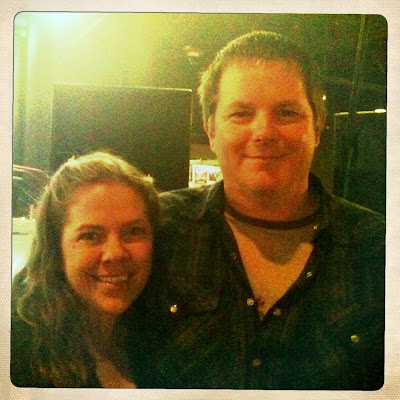 Time to go.  The show is over. 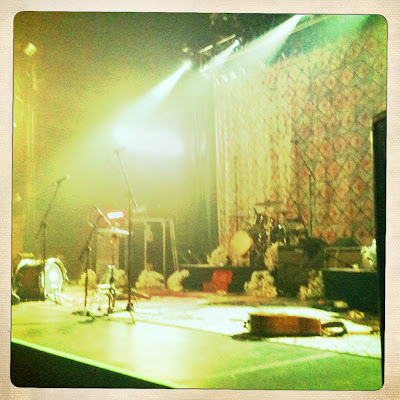 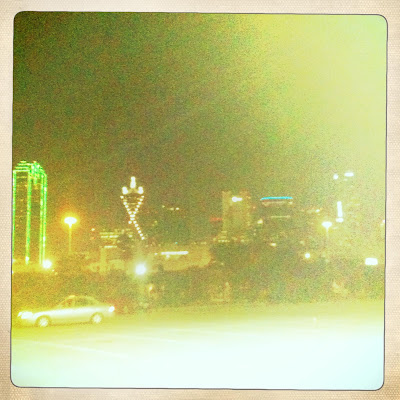 Here's the setlist from the concert on 10/15/11
And It Spread
The Fall
Salina
Go 2 Sleep
Will You Return
Living of Love
All My Mistakes
At The Beach
Head Full Of Doubt/Road Full of Promise
Denouncing November Blue
Kick Drum Heart
Never Been Alive
Murder in the City
When I Drink
January Wedding
Paranoia in B Major
Merle Haggard cover, I Won't Give Up My Train
I & Love & You
Colorshow
Slight Figure Of Speech w/ David Mayfield
Laundry Room
Encore:
Ballad of Love & Hate
Talk on Indolence

There you have it.  One of the best nights I've had in a very long time.