Photos from the last two weeks starting with the most recent photos first.

Will and Ben with our junior high school mascot. Will isn't afraid of the tiger, but Ben isn't sure what to think about it.  It's a big deal that he finally posed with the tiger for a photo. 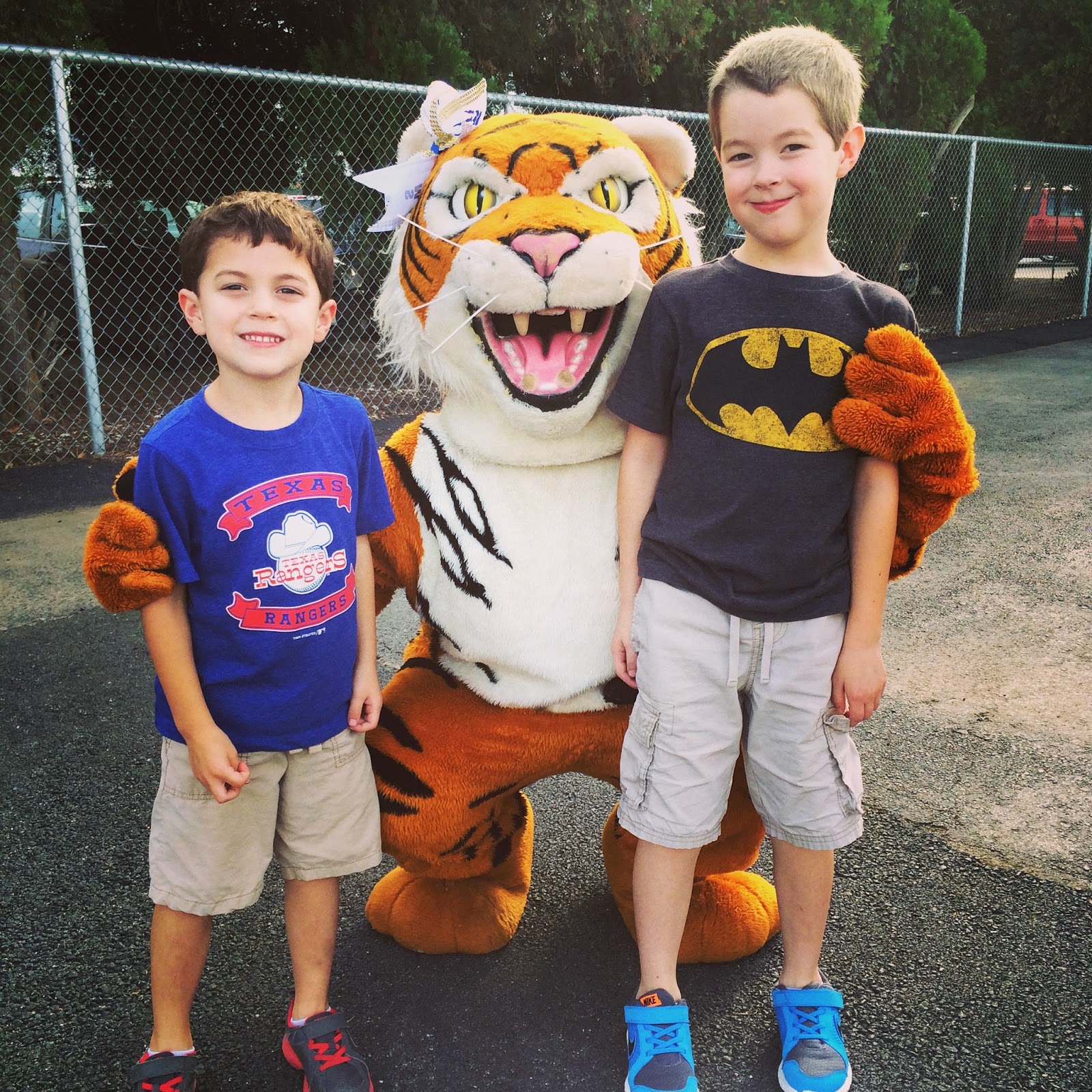 Will likes the mascot.  This was taken before Ben was brave enough to stand by her. 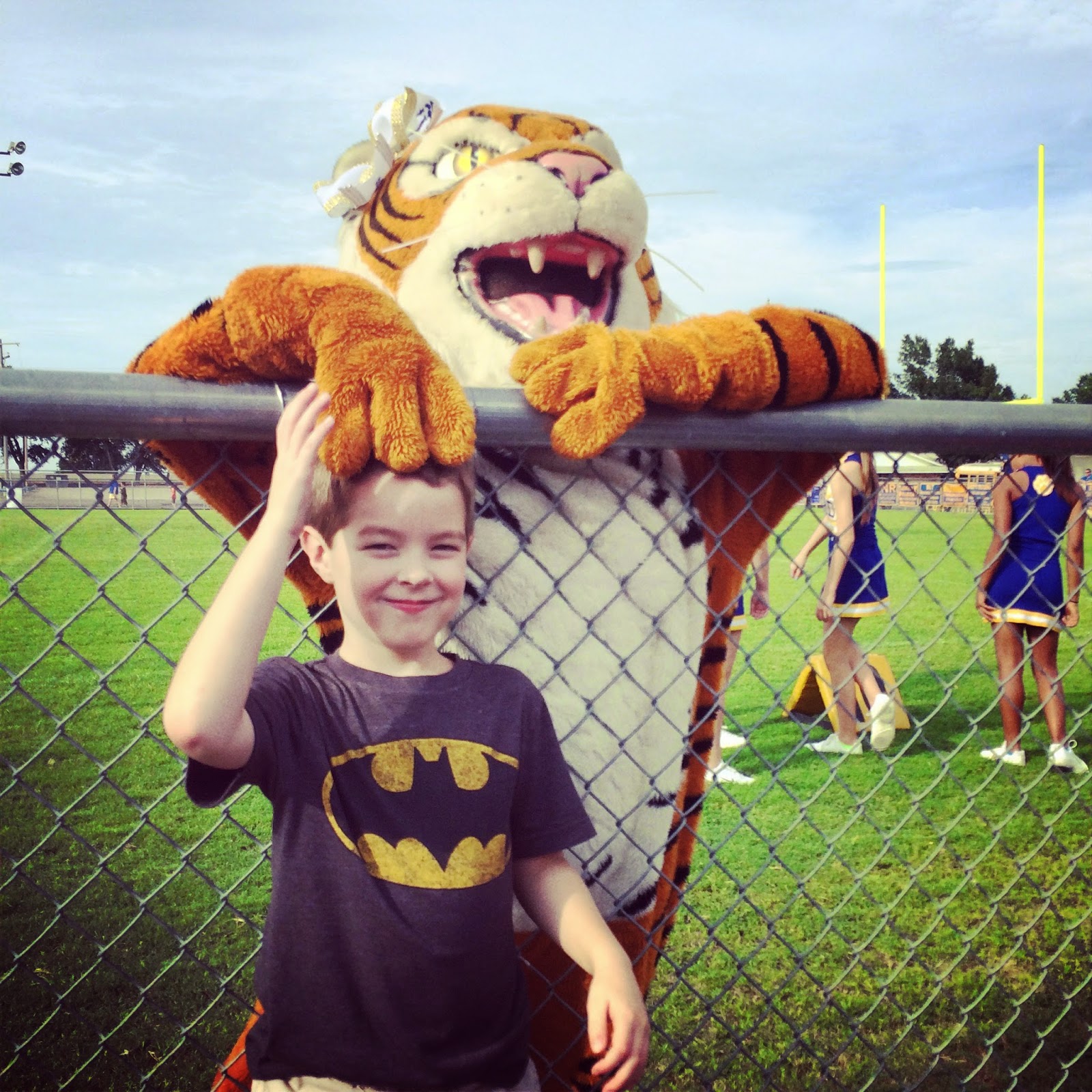 On my birthday we had to see the dental specialist for Will, and we left school early.  Since we were already near it, we had pizza for lunch at our favorite place before his appointment.  It was fun to spend the day with my boys even if it included a trip to the doctor. 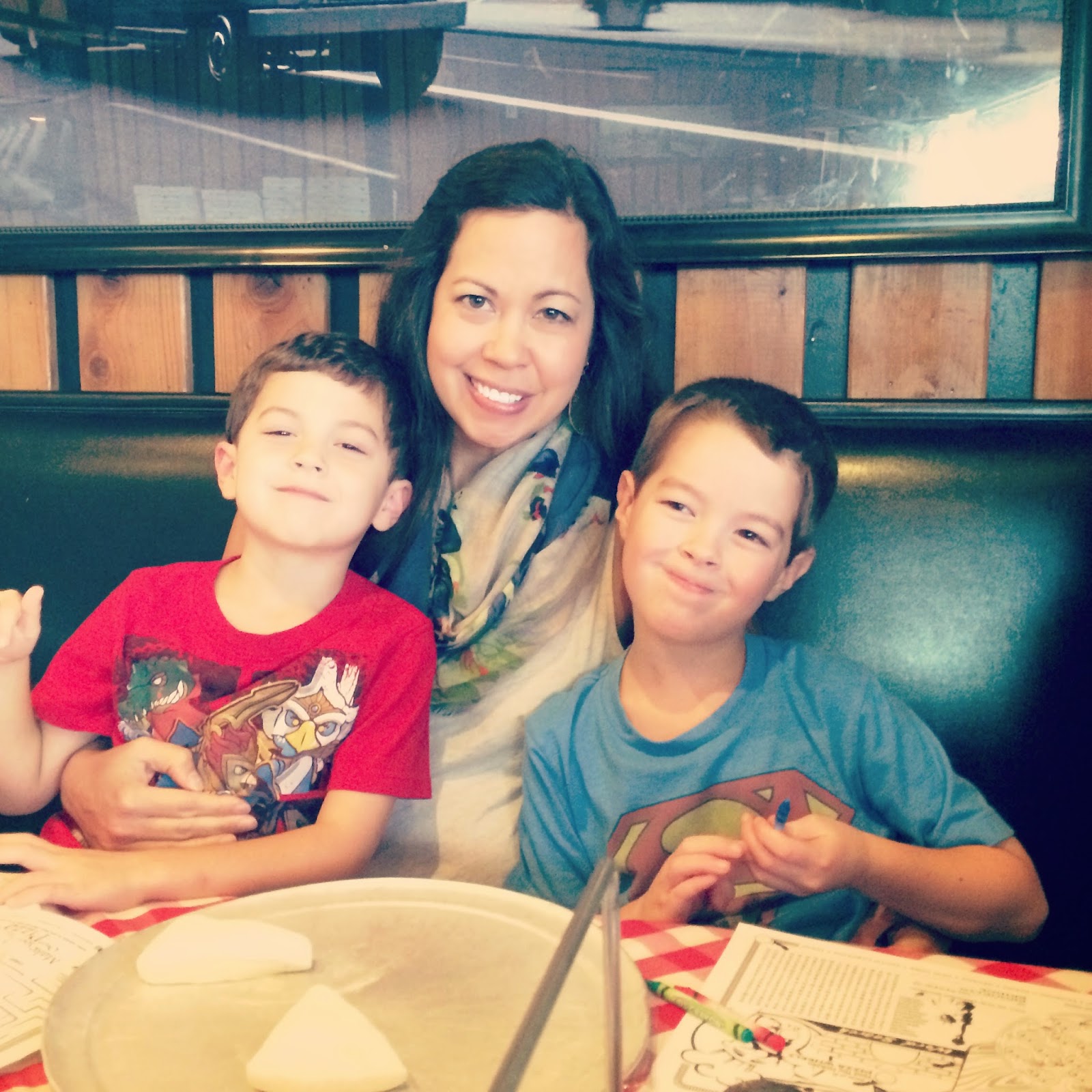 Special dessert for my birthday.  The cheesecake and tiramisu were delicious! 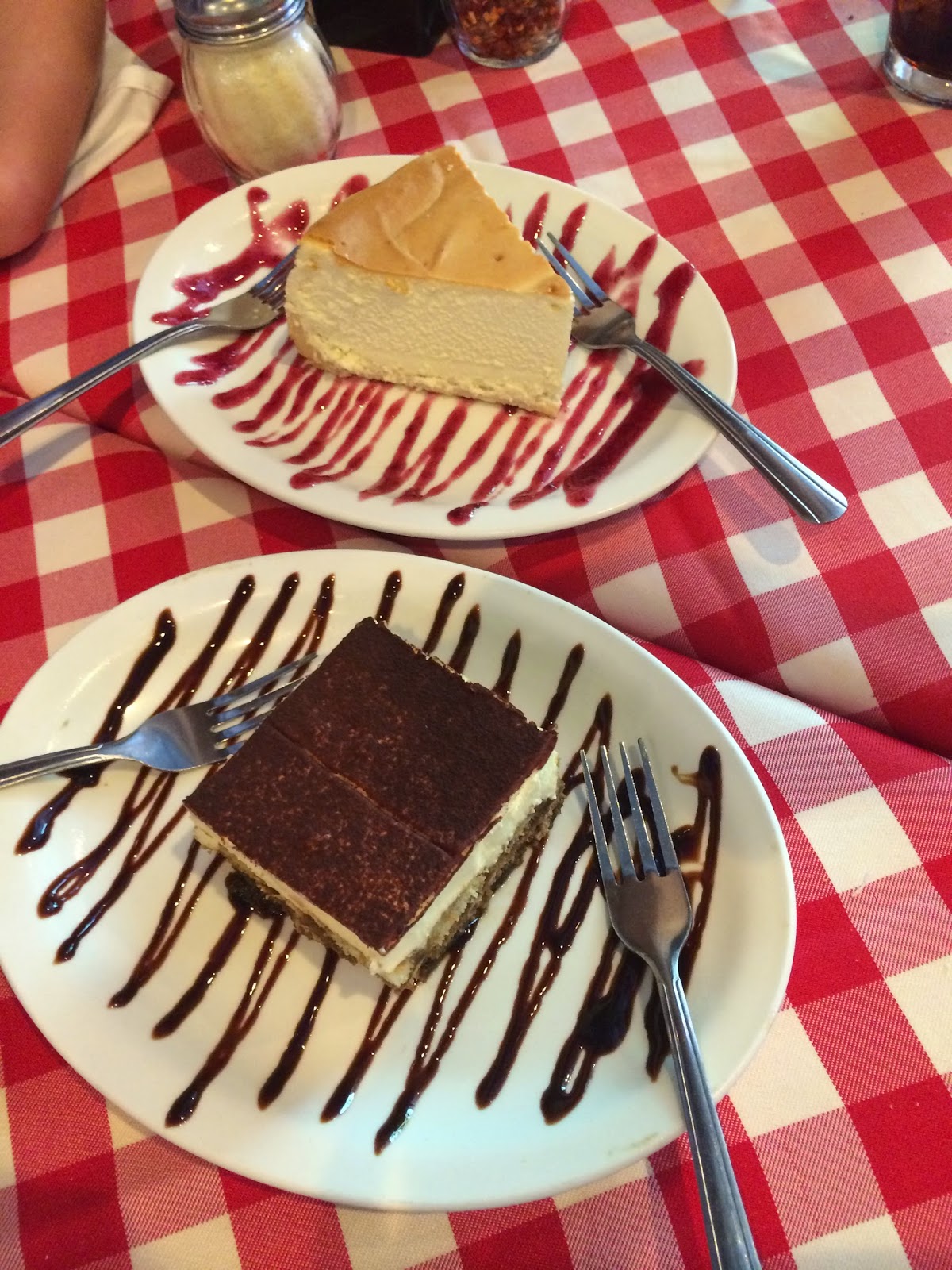 The weekend before my birthday the boys let me choose where we'd eat lunch.  I picked Twisted Root Burger Co because I was craving their flavored root beer.  That weekend they had Buttered Pecan Root Beer being served.  Yum!  My friend told me on IG they have a pumpkin spice flavor during the fall.  I can't wait to try that one.  Photo credit: Will 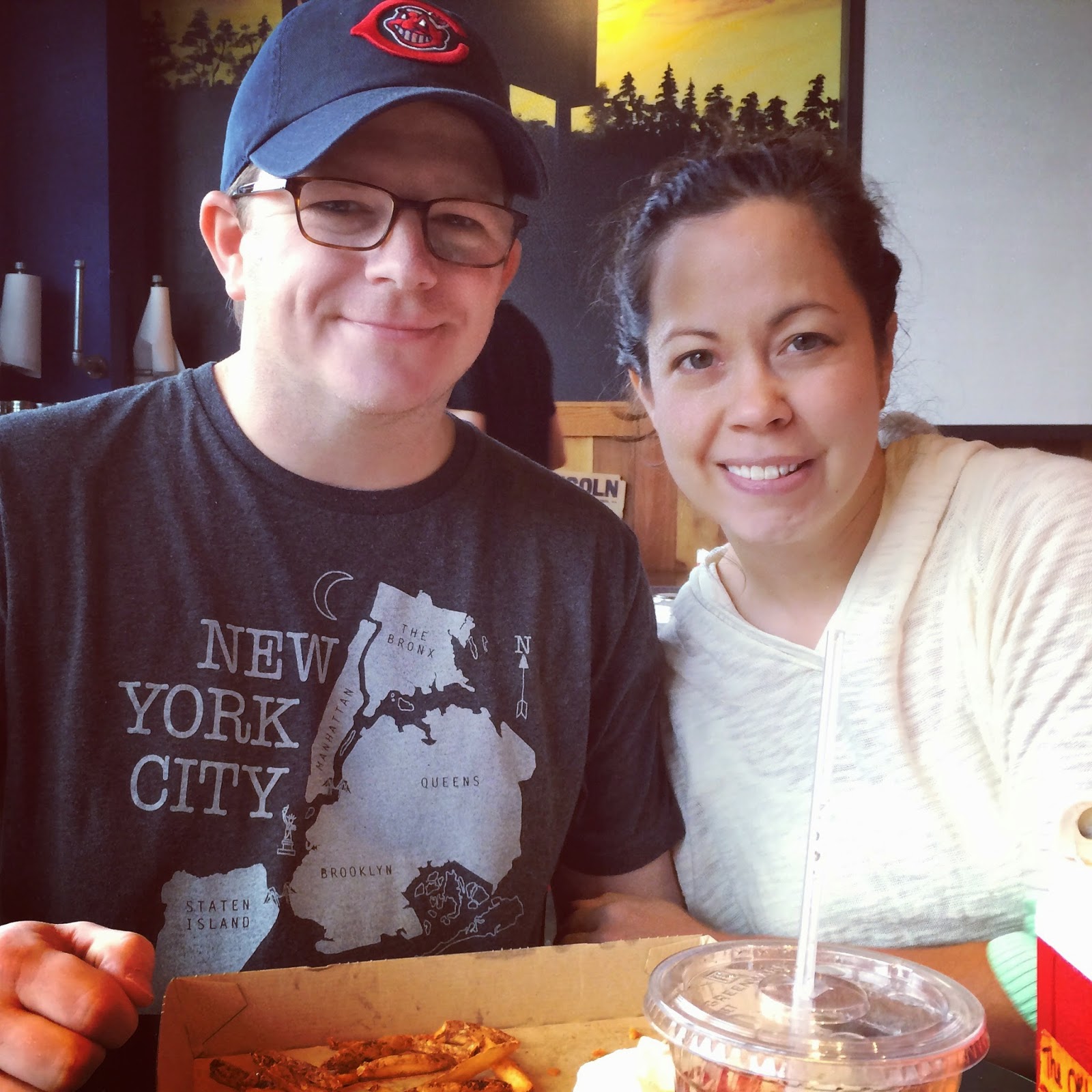 My new poncho/hoodie is perfect for fall.  I used my birthday money from my in-laws to purchase it.
It's from Anthro. 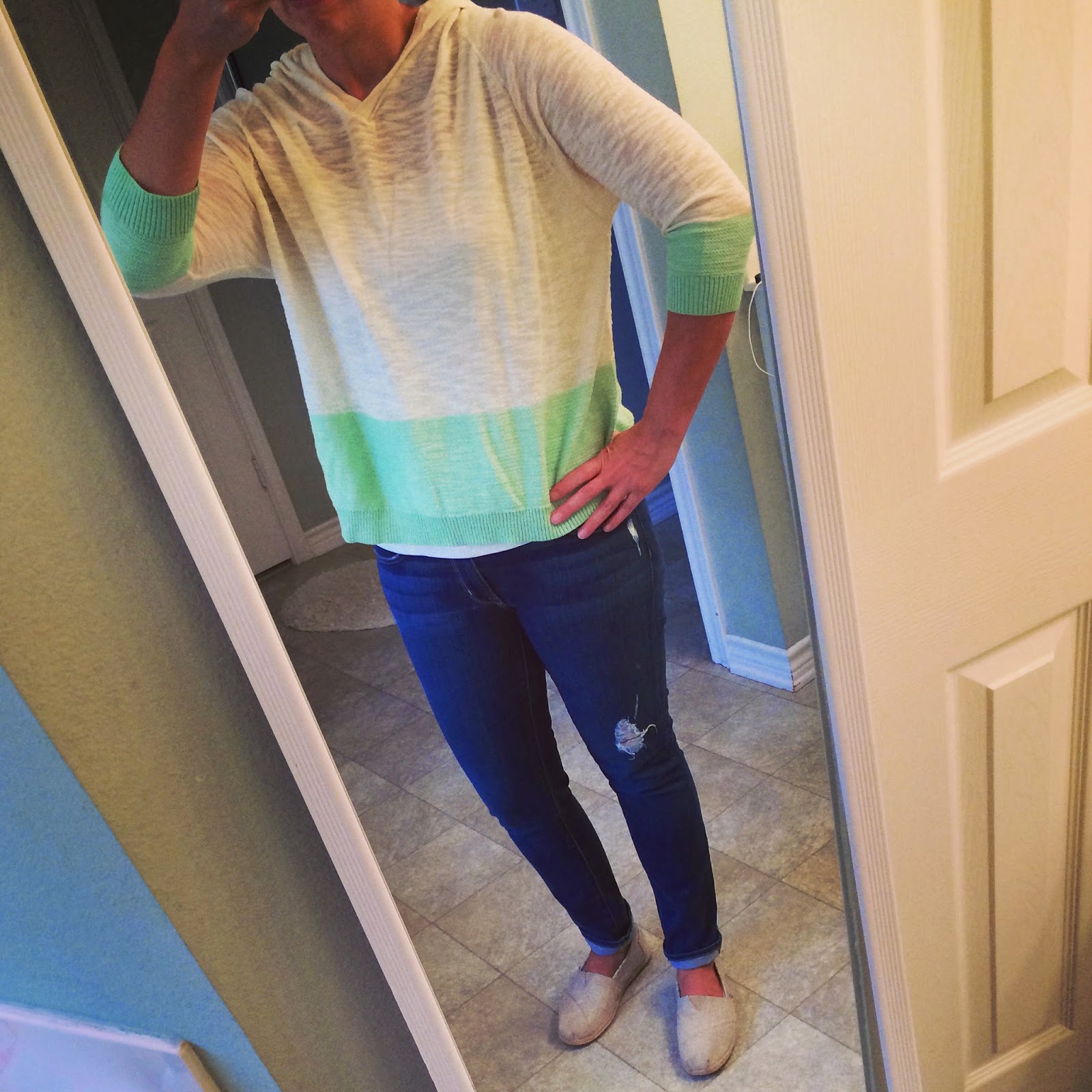 The Dallas Cowboys won this weekend!
Mark's a true fan, and it's not a happy home when they lose.  I'm not sure how many more games they'll win this year so I dressed the boys in their Cowboys shirts while I could.  We hope they win more! 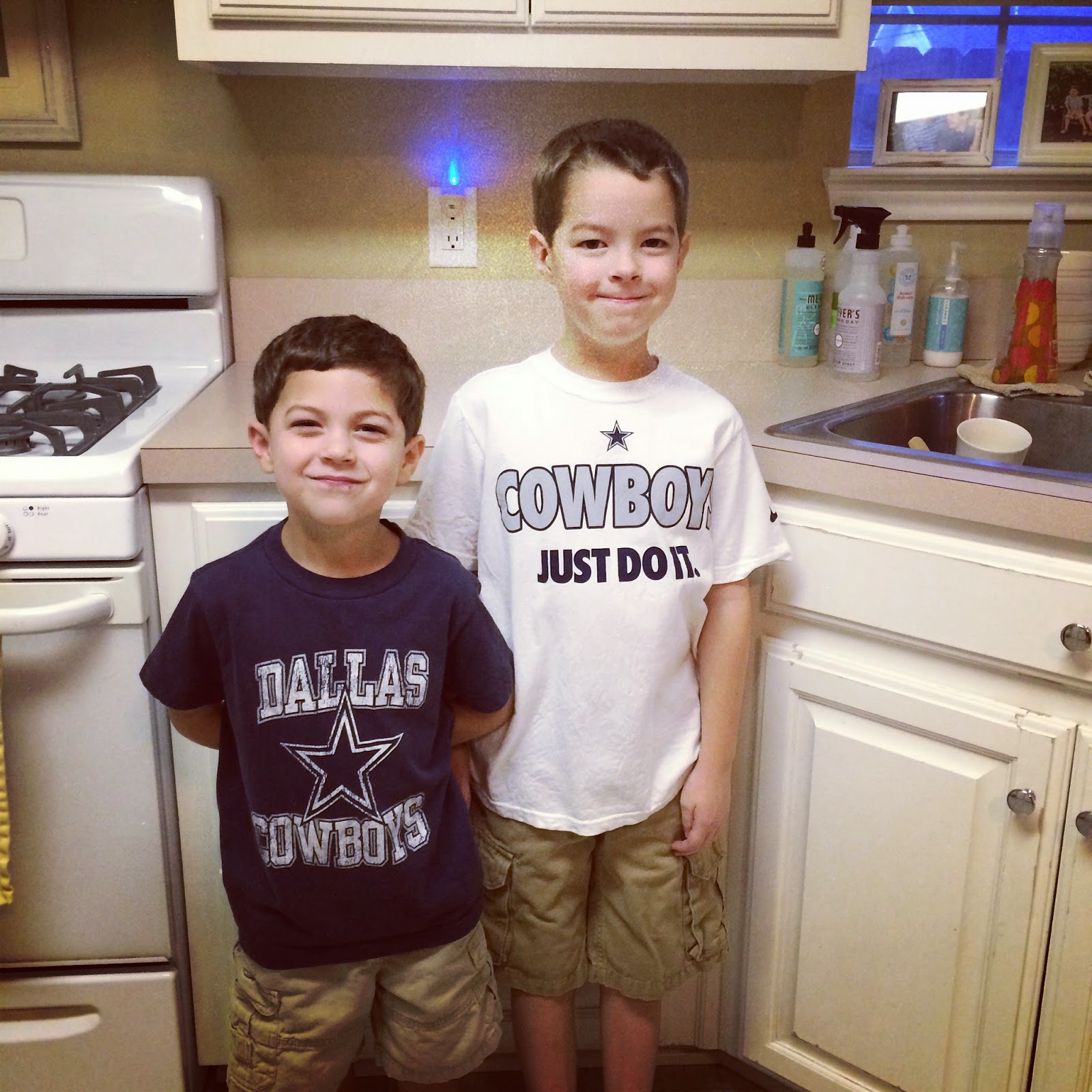 Sometimes the boys go through phases of dressing up like superheroes.  Maybe they interested in their costumes because they are seeing them for sale for Halloween.  Ben wanted to wear his Batman mask while we had story time. 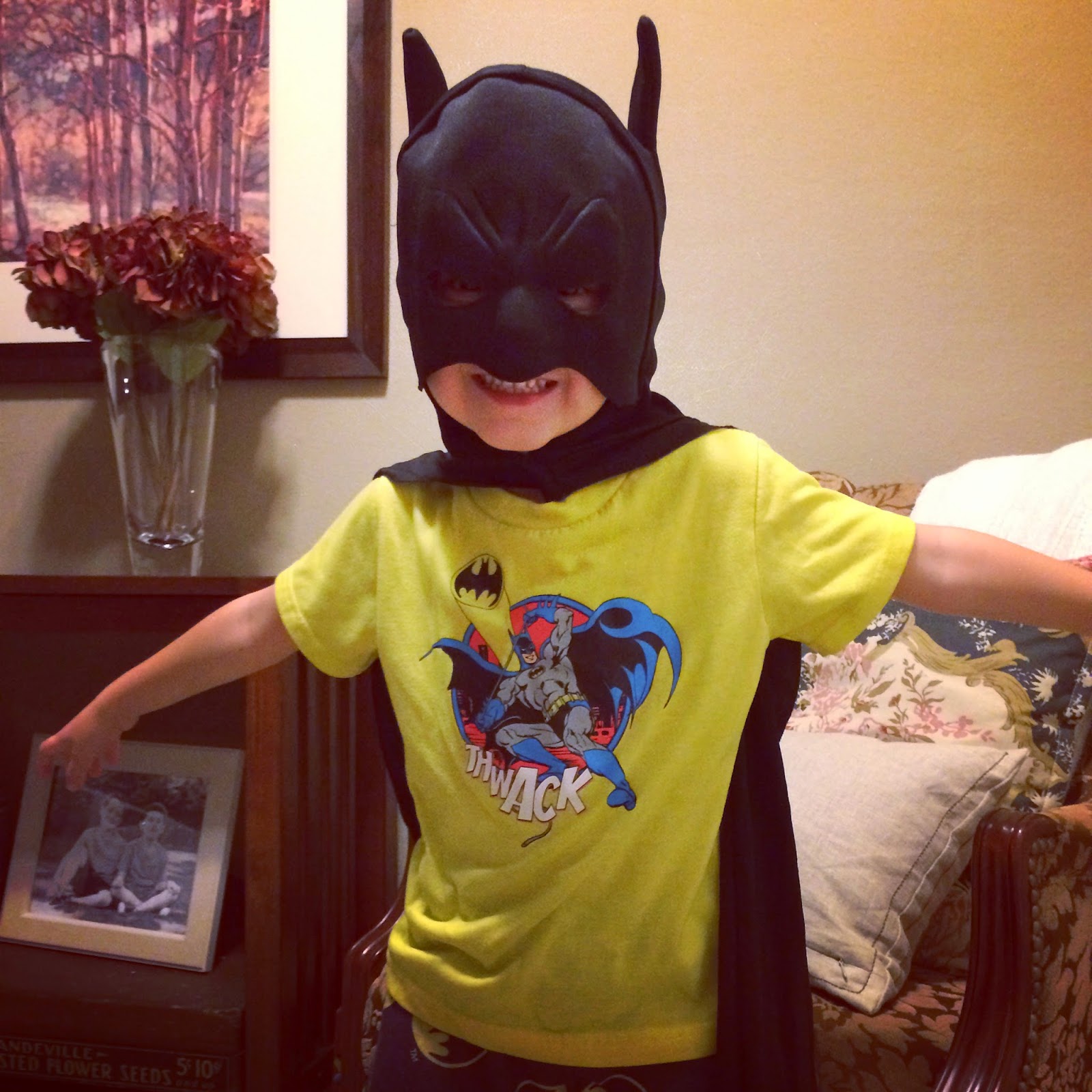 I bought this new t-shirt when Kayreen was visiting.  She picked out one as a souvenir to take back to Seattle.  The t-shirt is called the "I've been everywhere" shirt.  It has towns and cities of Texas written in the shape of our great state. 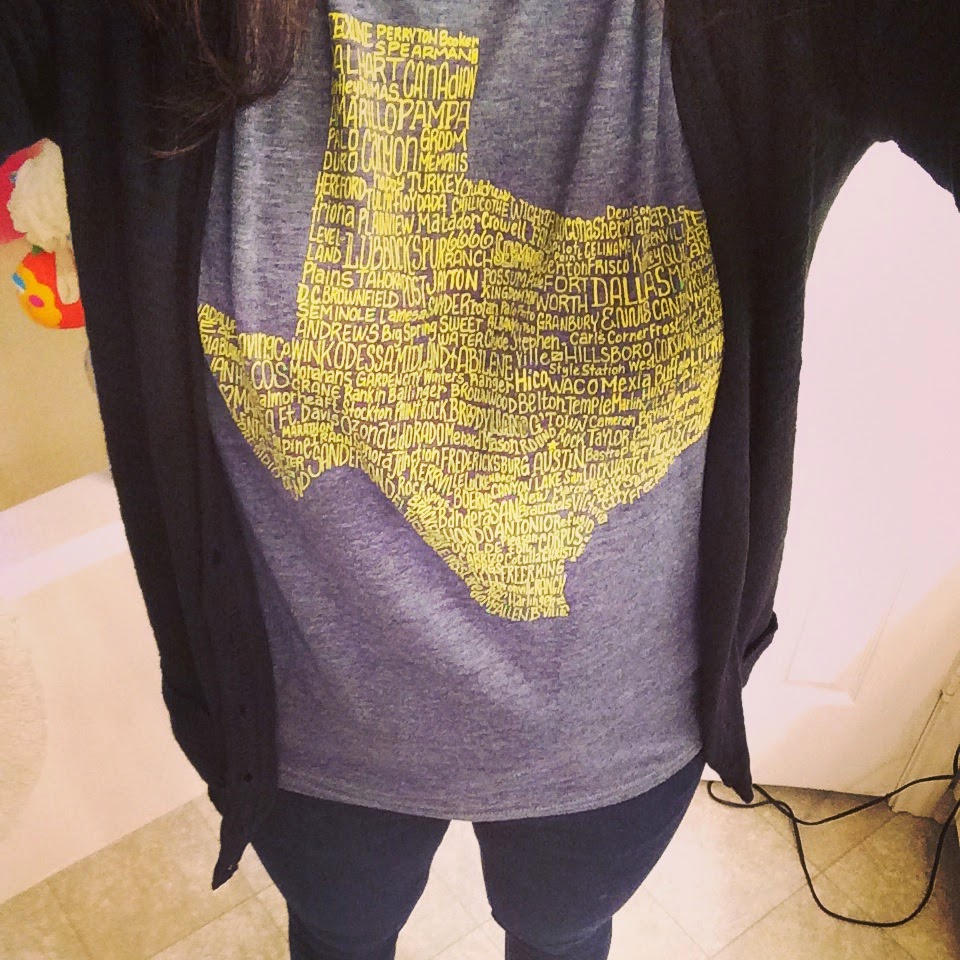 Really there's not a good reason to include this photo but I am.
I had a Capri Sun fail.  Clearly I don't know my own strength, ha! 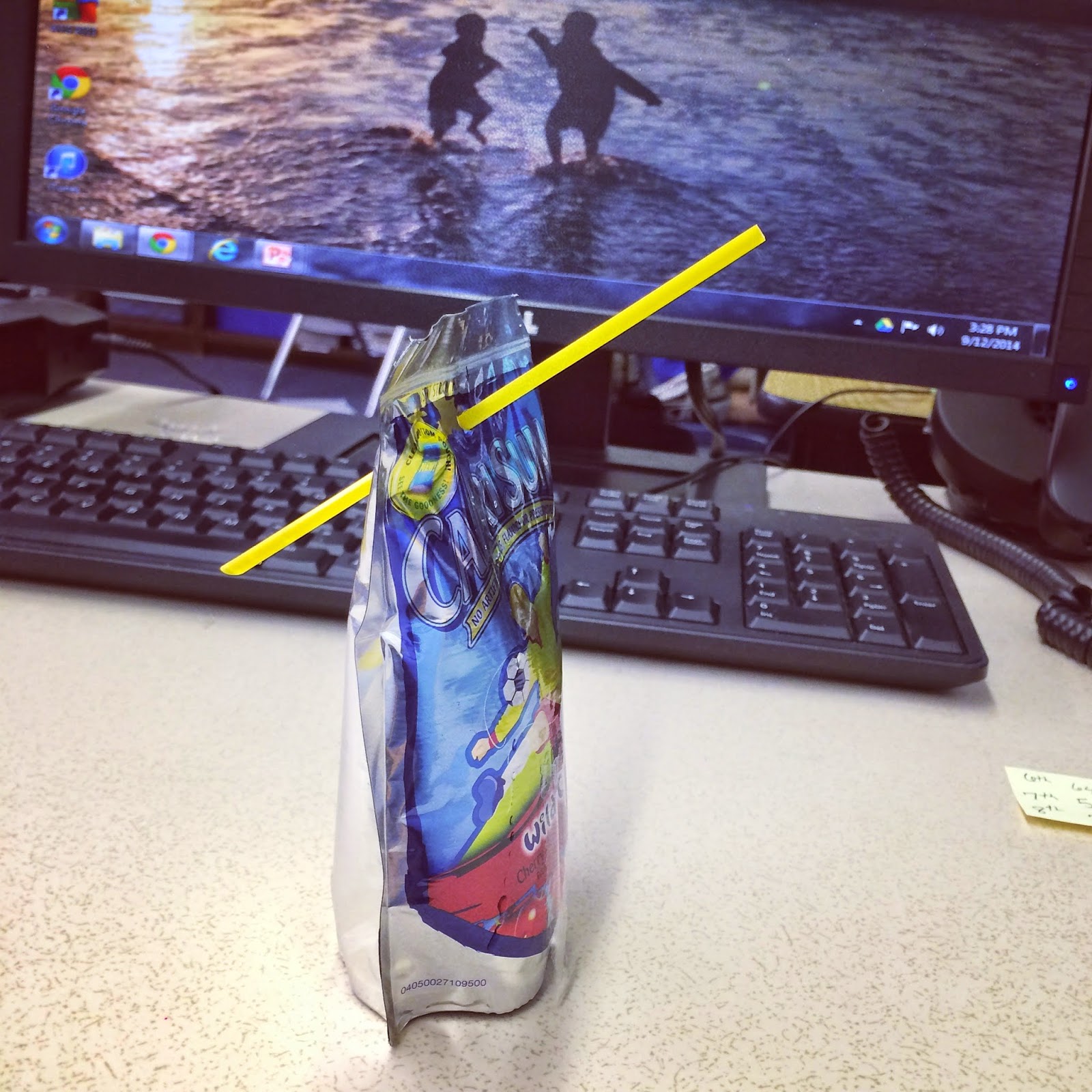 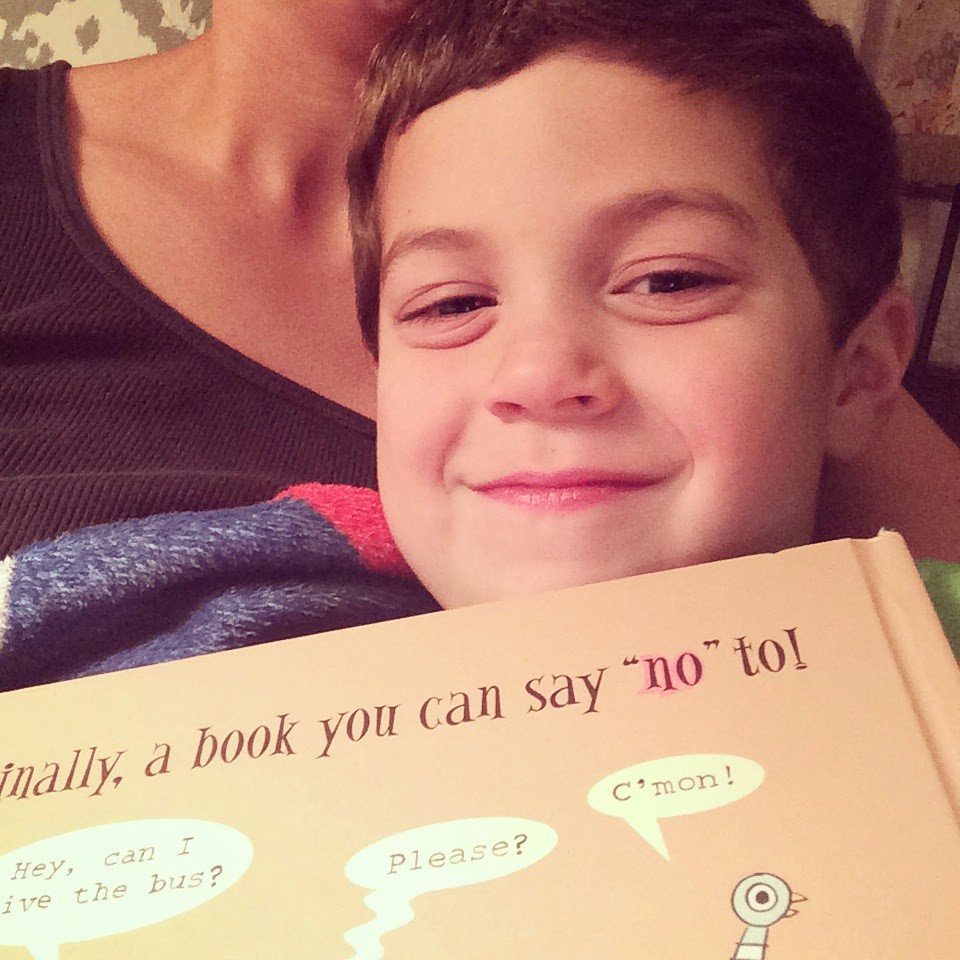 About two weeks ago, Will had a sore throat.  I was sure he'd gotten strep throat but his test was negative.  It was some viral thing going around with similar symptoms.  He was up and going the next day.  I was very thankful to avoid a round of antibiotics.  I'm sure we'll have our fair share of strep this fall but I'd like to avoid it as long as we can. 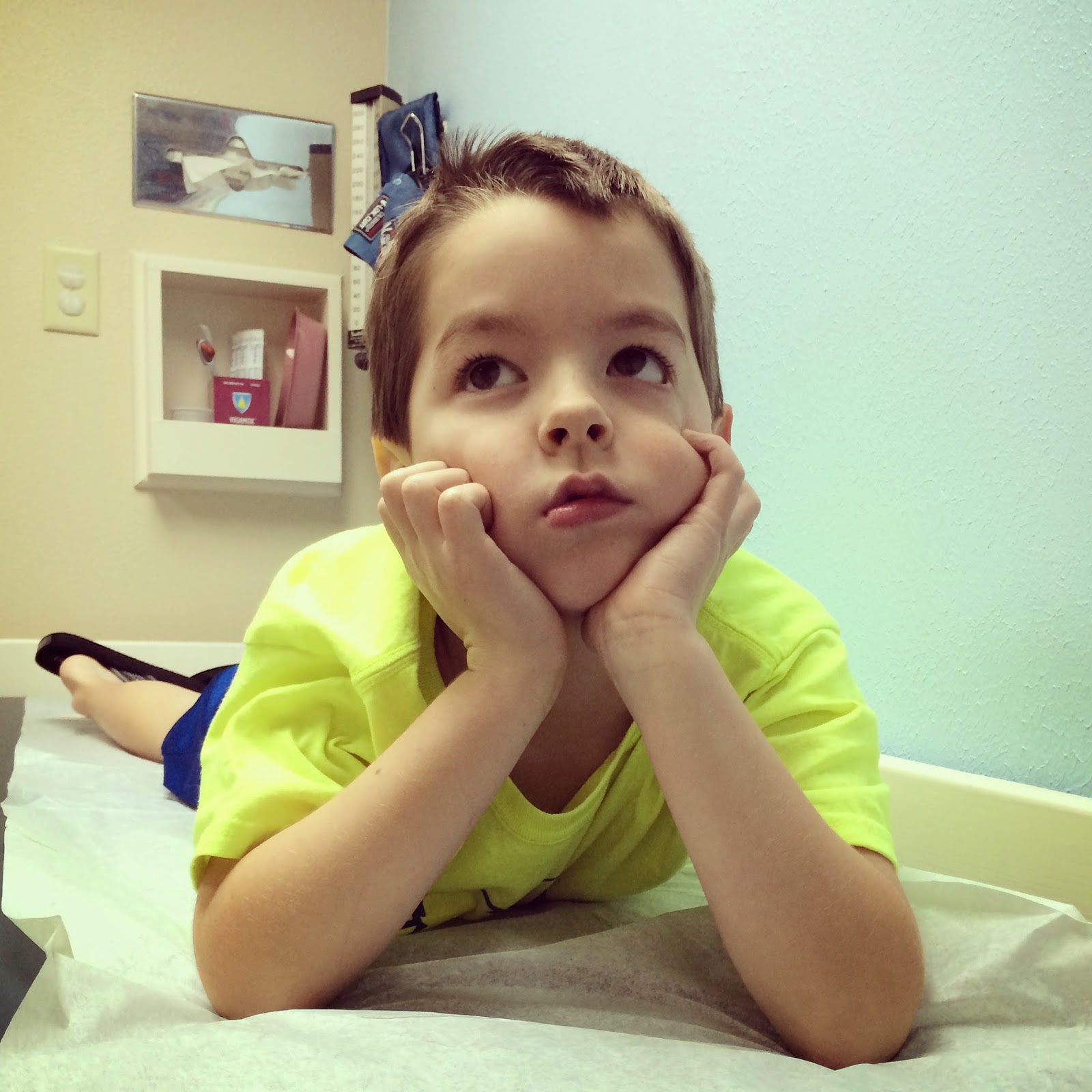 That's about all.  Can't wait for Fall and cooler weather!
Posted by Michele at 7:03 AM