Our house is full of hundreds (more like thousands) of pieces of Legos.  The Danes were on to something when they created these little blocks of happiness.

Will and Ben both enjoy playing with them.  We've finally moved on from Duplo to the smaller pieces.  I'm amazed at the patience they have when assembling all the little parts.  I've learned to appreciate Legos since I'm a boy mom, but Mark is way better at following the directions and putting them together.  Yep, I'm thankful that he's a good daddy who does Lego-duty.

The boys still like Disney Pixar Cars, but now when we go to the store we have to look at Lego sets instead of Cars.  Will likes Lego City, Super Heroes, and Chima.  Honestly, he's happy with anything.  Ben is all about Chima.  Look at the last photo where he's holding a Lego Chima box that's almost as big as he is!  They've been begging for one of the BIG boxes and we've told them it will be a while since they got so many toys at Christmas.  In the meantime, they can have fun putting together the sets they have.

Note to self: clear the floor of the misc pieces that clutter the floor because at night it's a pain like no other when you step on one.  Isn't there a funny ecard wishing that on your worst enemy? Ha! 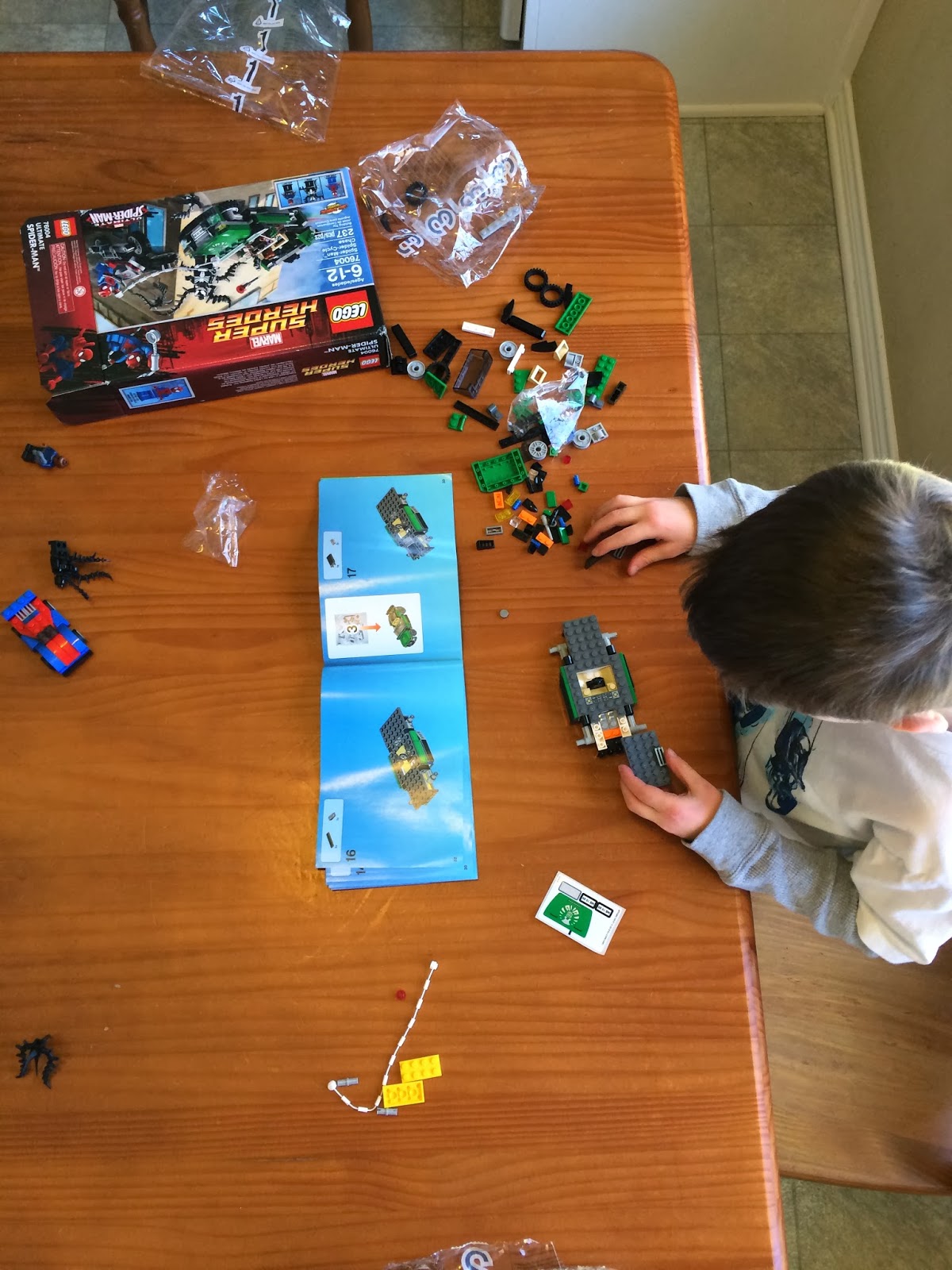 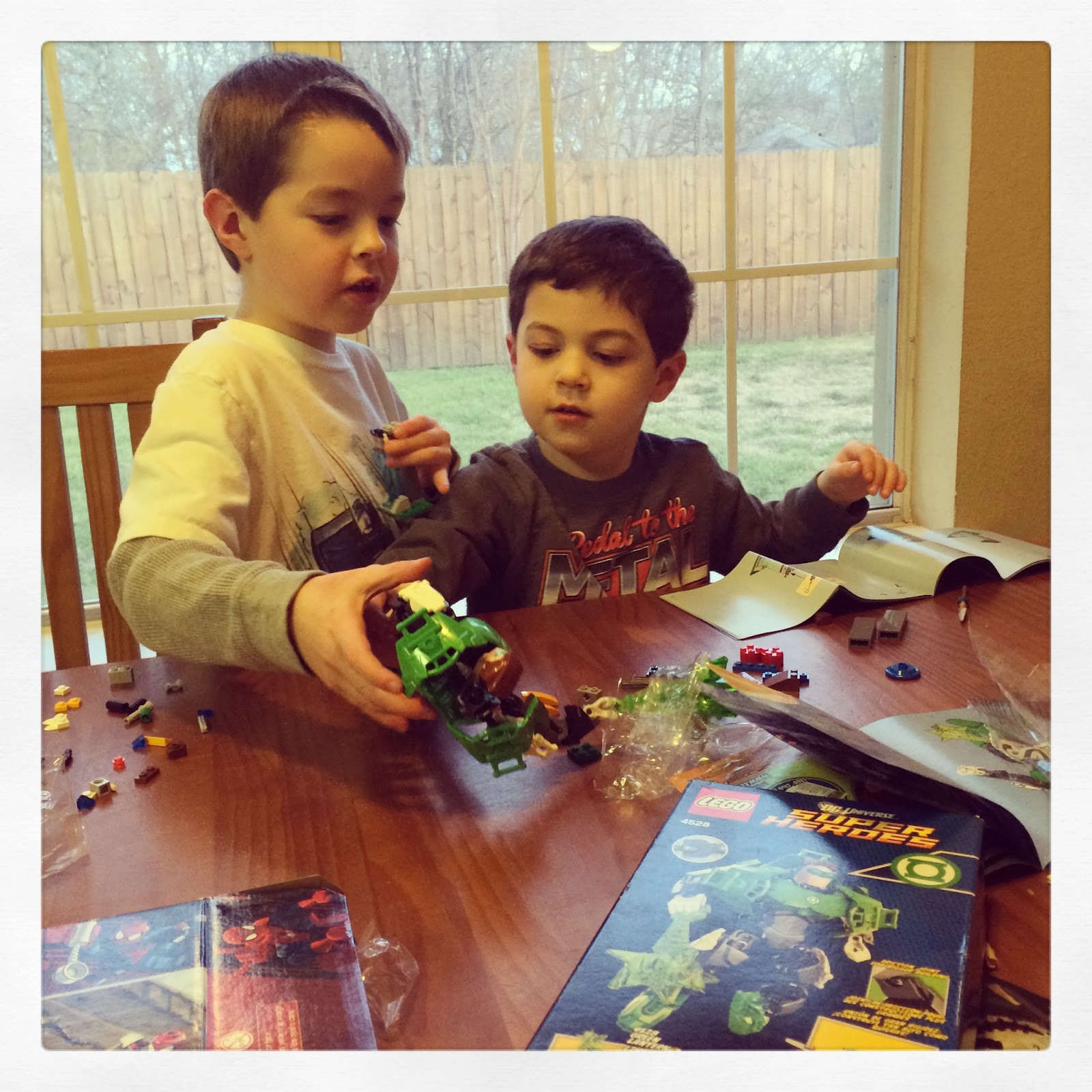 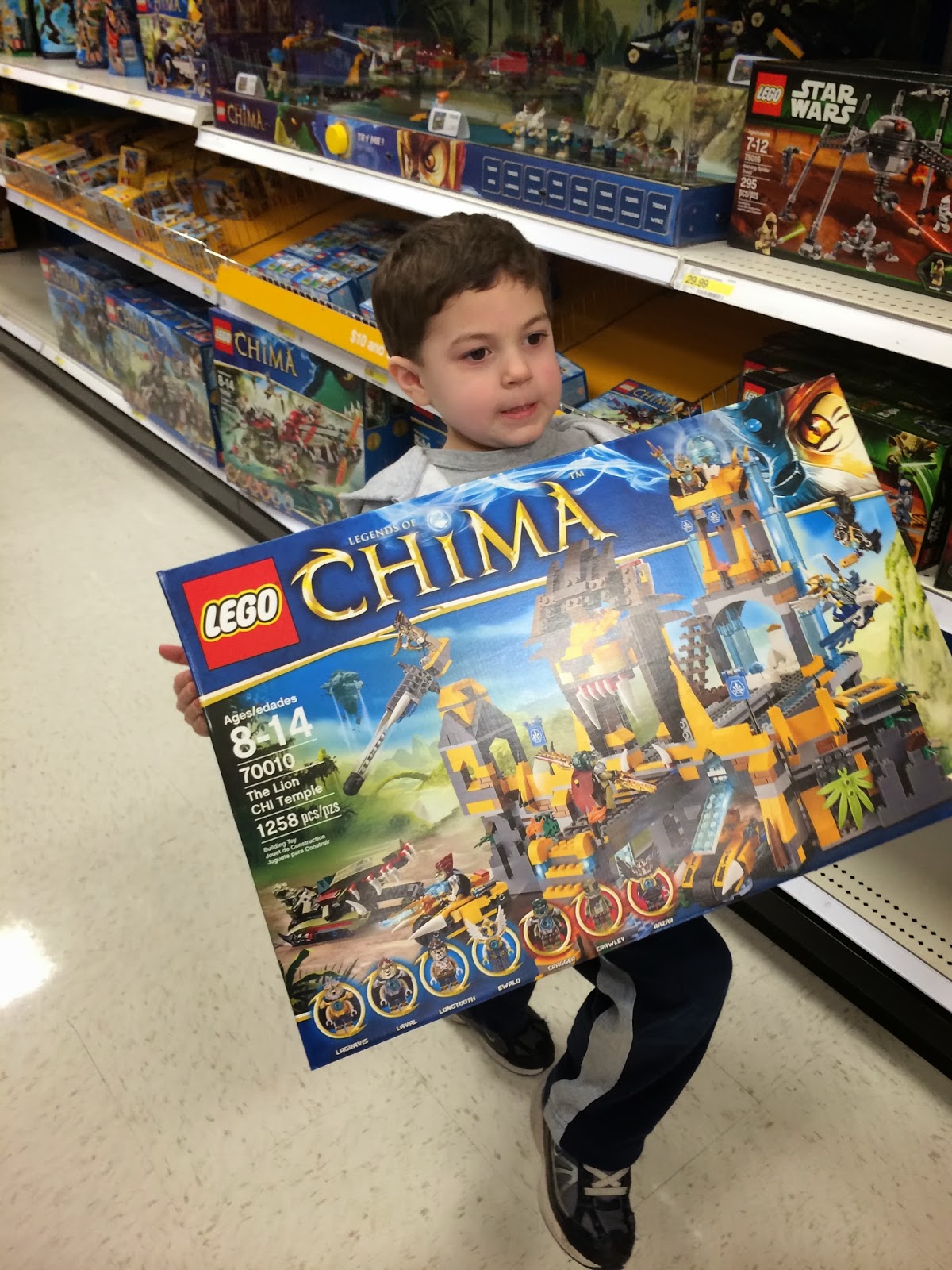