Mark's Birthday at the Ballpark

We celebrated Mark's 40th birthday at the Rangers Ballpark in Arlington.  I told Mark we could do whatever he wanted to celebrate turning the BIG 4-0.  I thought he might want a big party or a trip somewhere, but he didn't.  He chose a baseball game and night away for just the two of us.  My in-laws watched the boys and we went to the Rangers game and then stayed nearby in Southlake.
It's funny having just us in a photo.  I'm so used to the kids being with us. 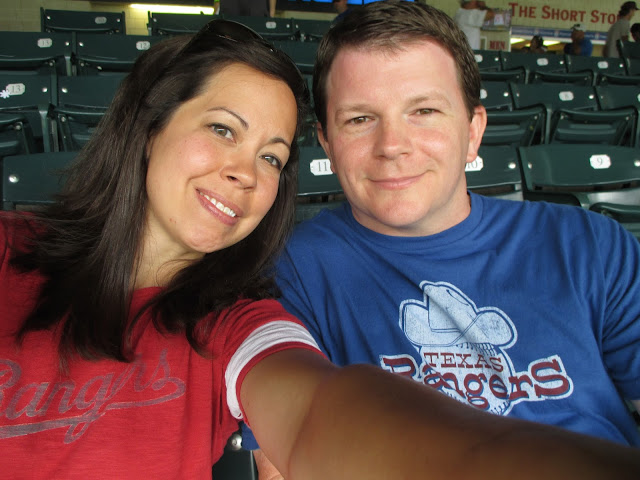 We got to the game early so we could see the players warm up.  The nice usher took our pic here. 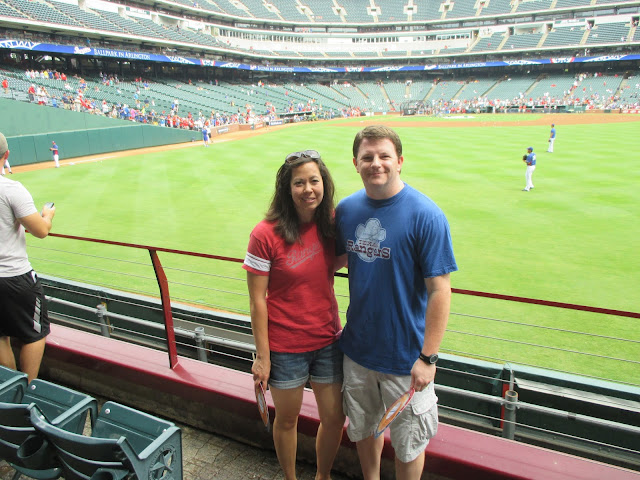 Here's the birthday boy!  Love him! 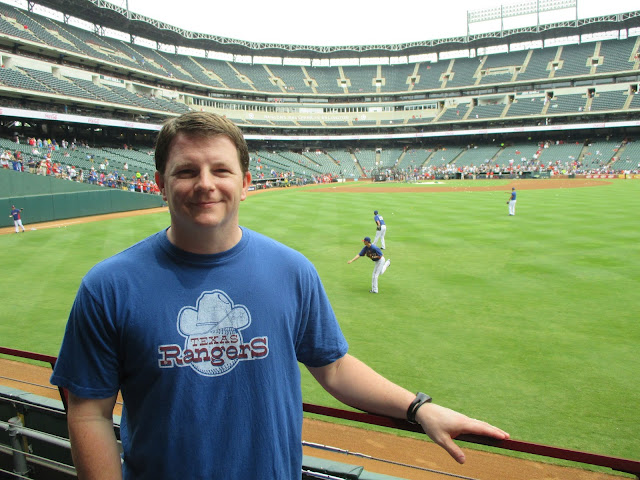 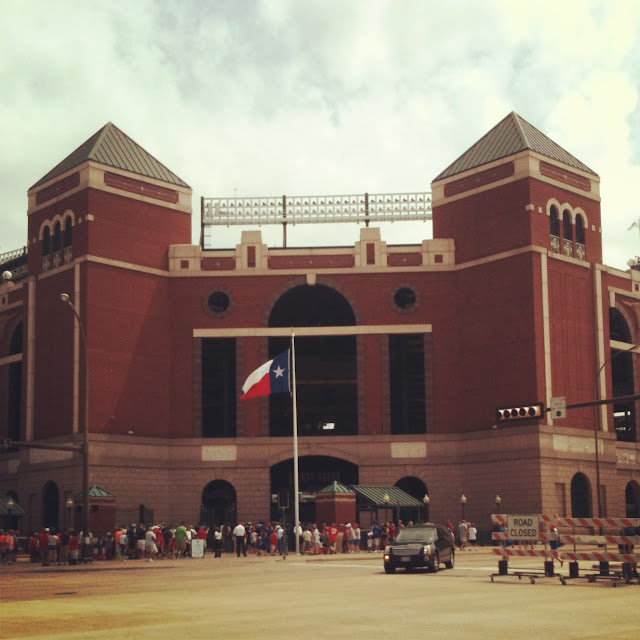 One more of the birthday boy (man). 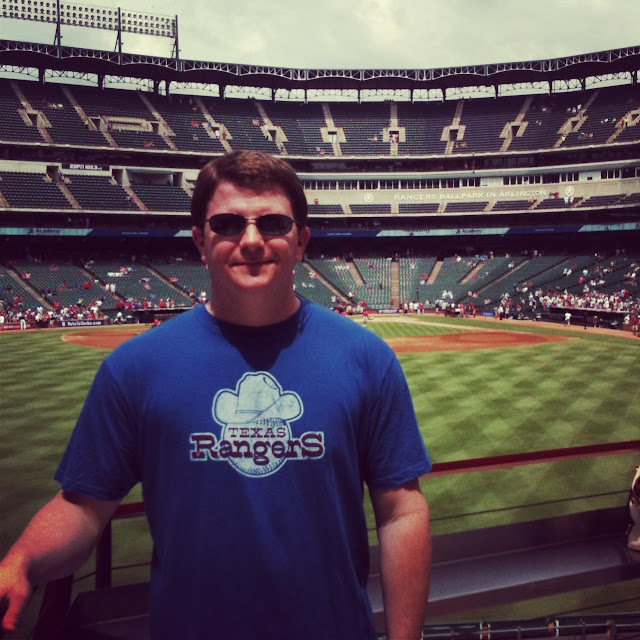 It was so hot at the game!  I was thankful for our seats in the shade. 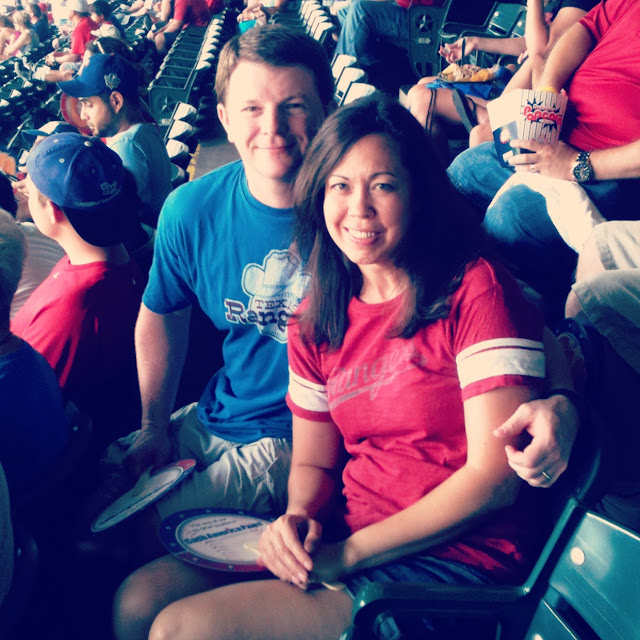 The view from our seats. 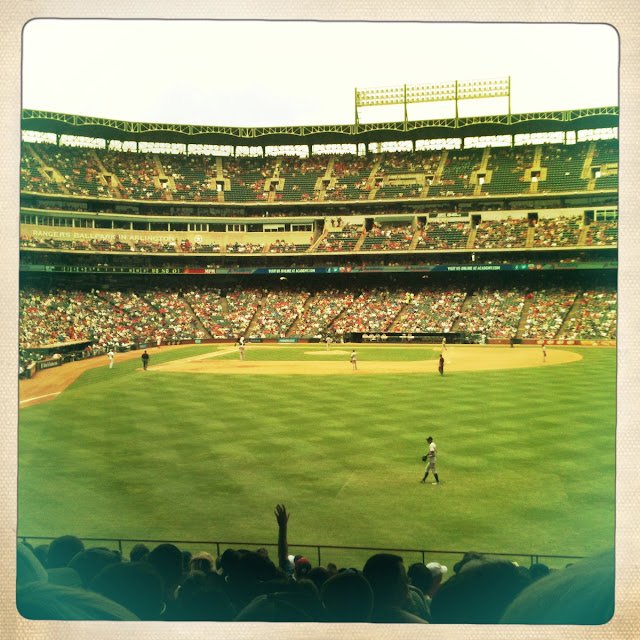 After we left the game we checked in to the Hilton in Southlake.  We were surprised to find out we had been upgraded to a huge corner suite.  Pretty cool since it was Mark's birthday.  We've come a long way since we first got married and stayed at the Motel 6.  The room was really nice.  It reminded us of our room at the Encore in Vegas--only bigger!  The location was great because all of the places we went to were only a short walk. 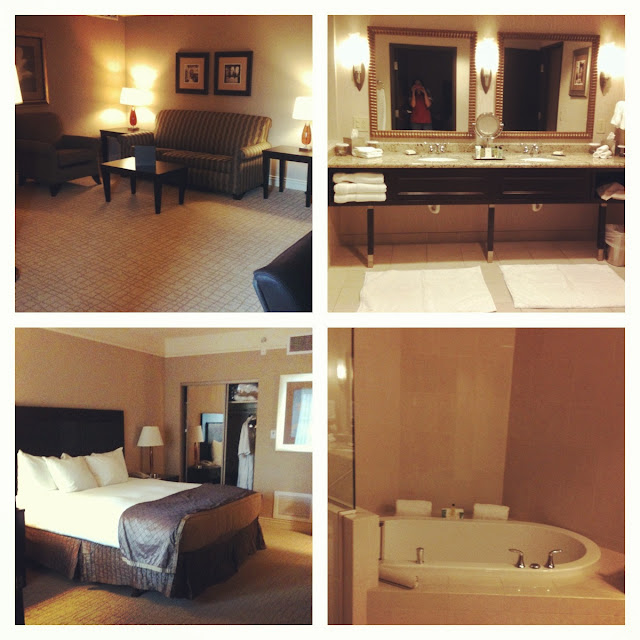 We ate dinner at Mi Cocina and then had dessert at the Cheesecake Factory. 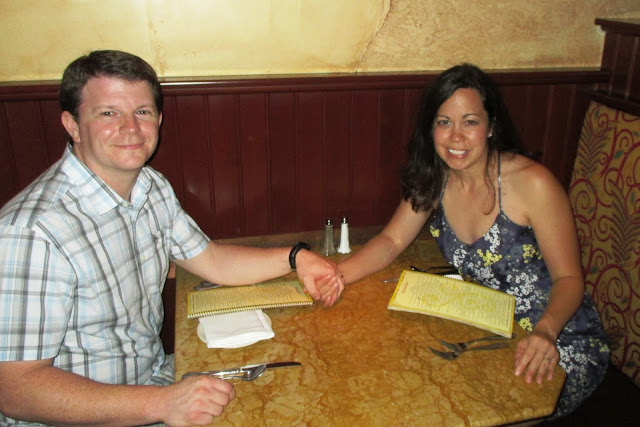 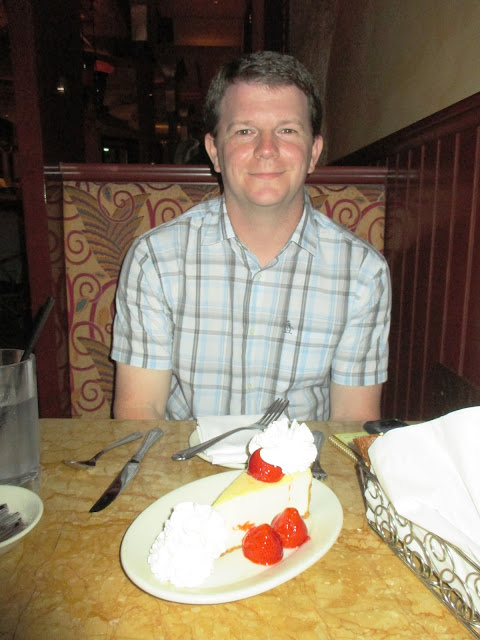 The next morning we ordered room service. 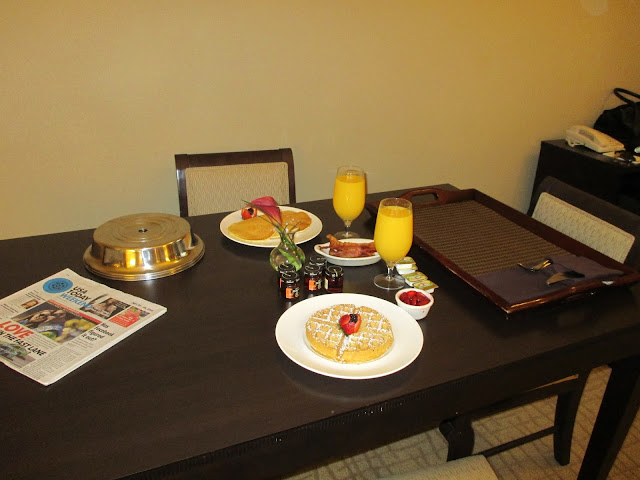 We had a great time!

Happy Birthday to Mark.  He's 40.  He's a man now!
(Ladies if your husband is a big sports guy like mine is then you know that's a big joke because of the OSU football coach's rant to the media several years ago.)