The boys have National Park Passports and we get them stamped at each National Park they visit.  Here they are at the Smokies and at Gateway Arch in St. Louis.  There are stamp locations set up at the visitors centers or rangers stations of any National Park and places managed by the National Park Service. 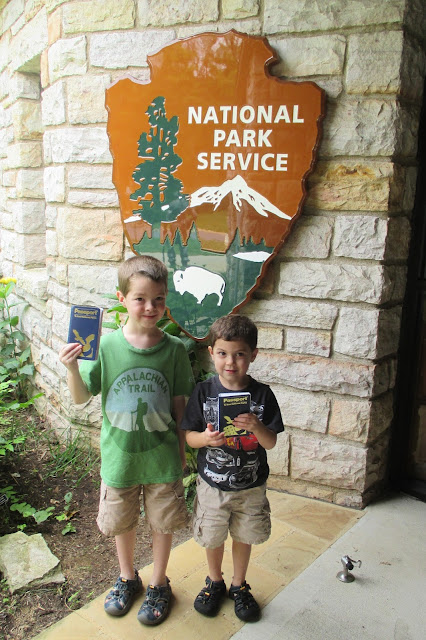 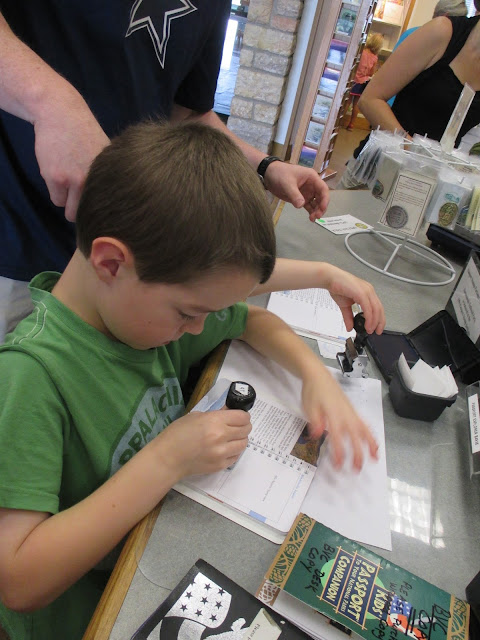 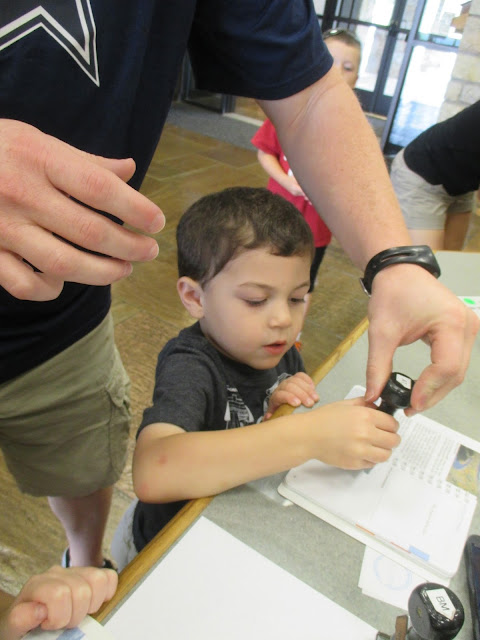 We walked around the Byrd Visitors Center and learned about the history of the park.  Will's Appalachian Trail t-shirt is from Peek. 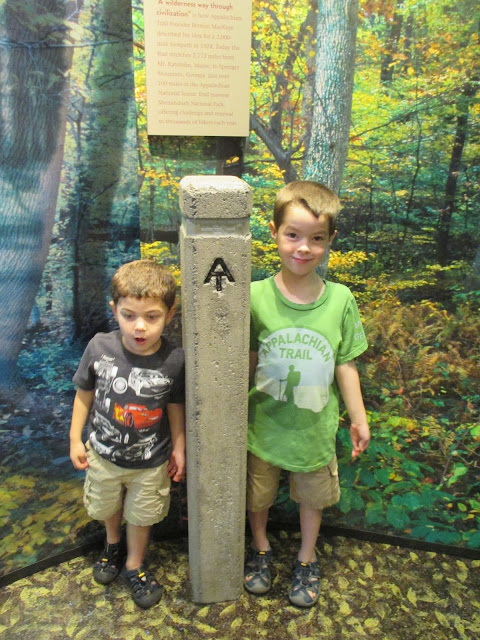 The boys really wanted to take a hike while we were in the park. 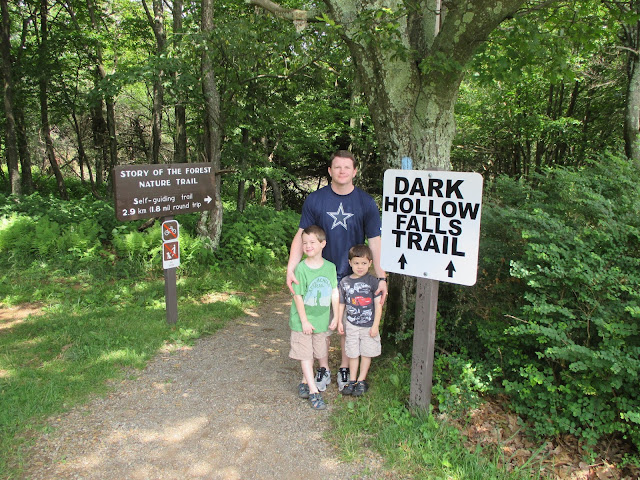 It was hot but since the trail was in the shade it wasn't so bad. 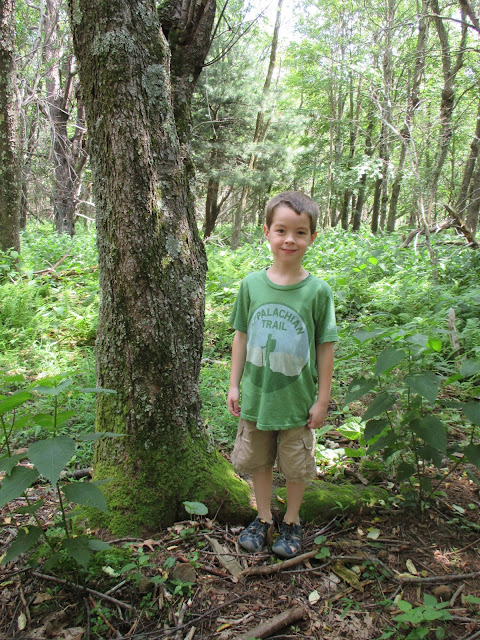 Ben's finally big enough to hike and we don't need a stroller. 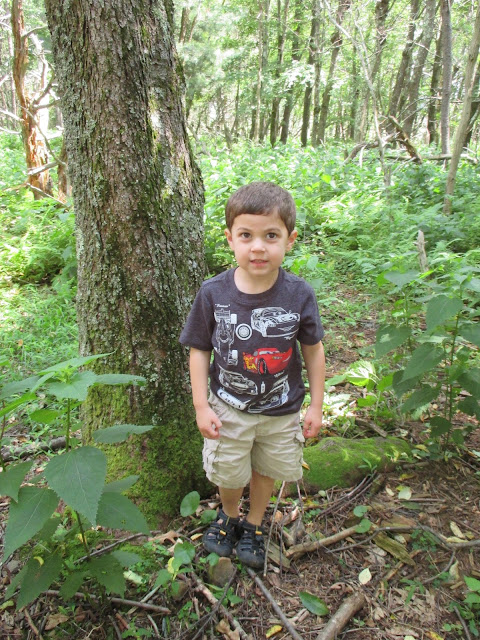 I liked this stone bridge. 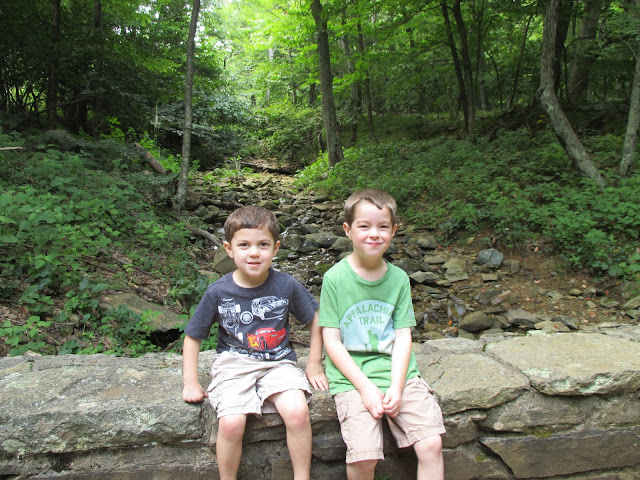 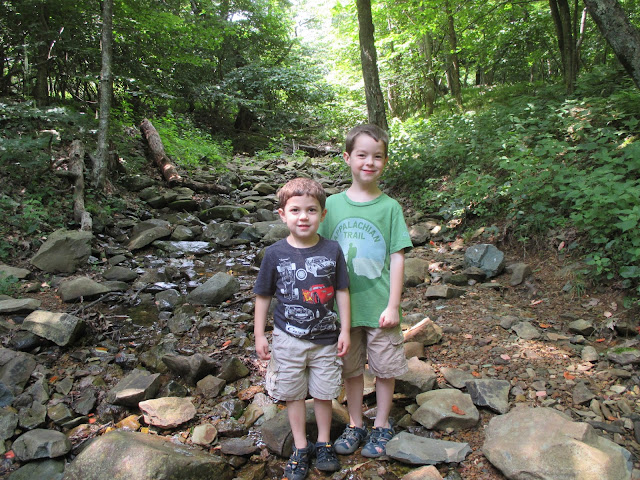 Trying to decide which way we should go. 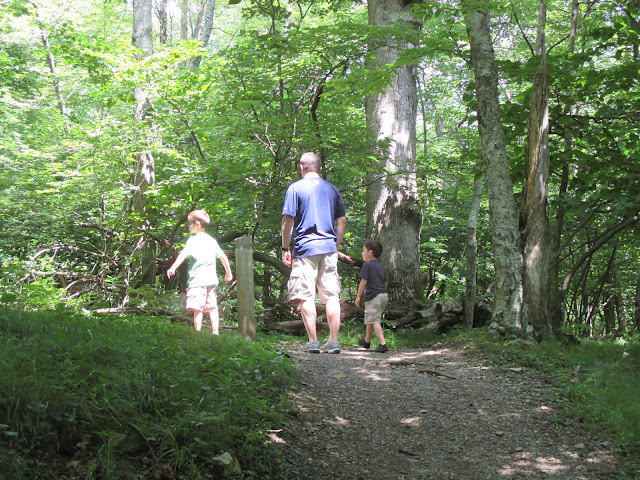 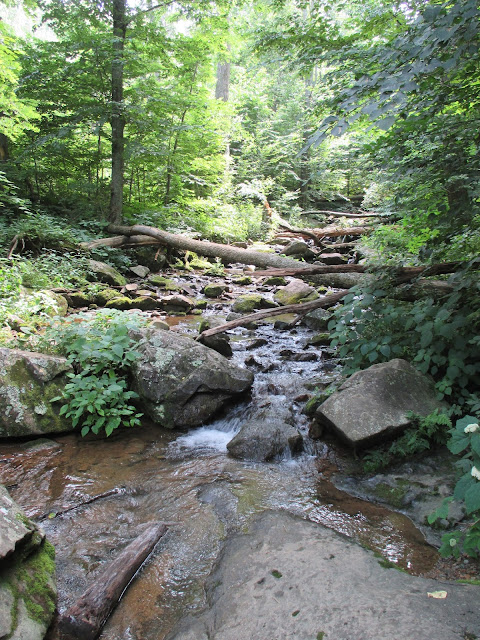 My little explorers on our hike to the waterfall. 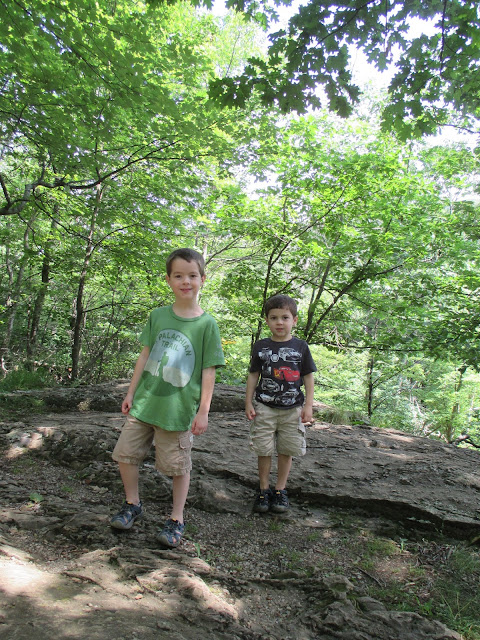 I wanted a photo by this moss covered wall and Ben wanted to pose with me. 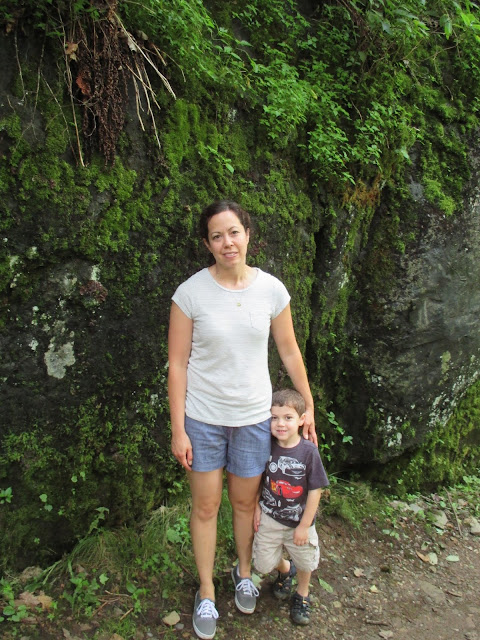 We made it to the waterfall. 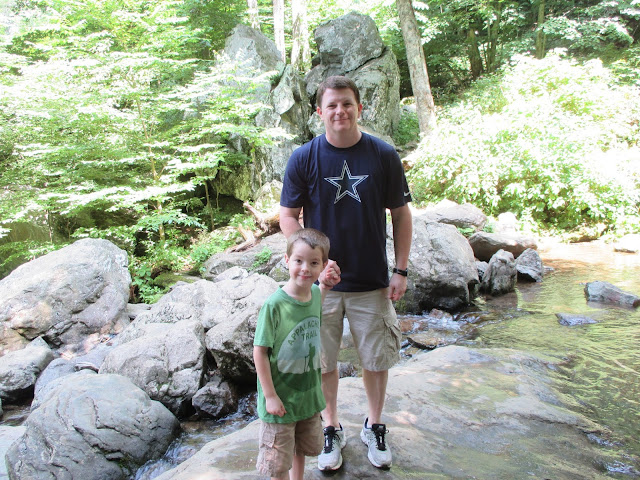 Testing out the water.  It was cold! 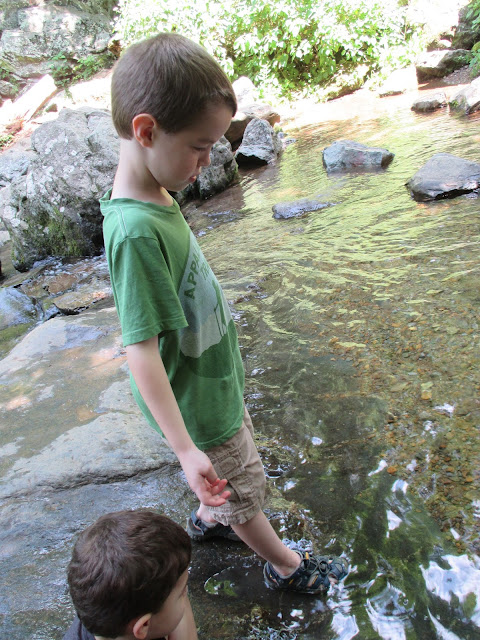 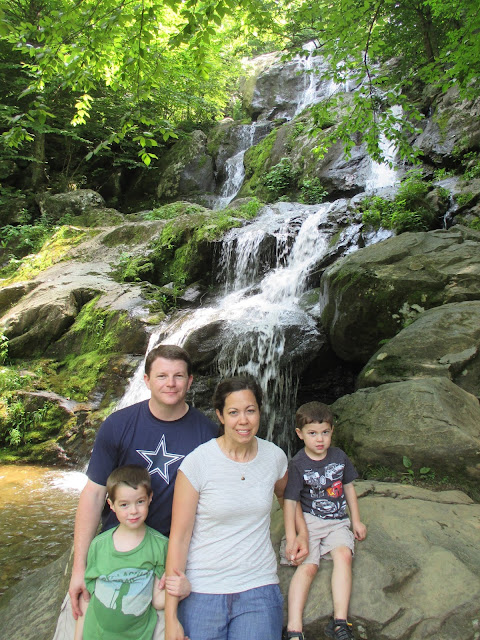 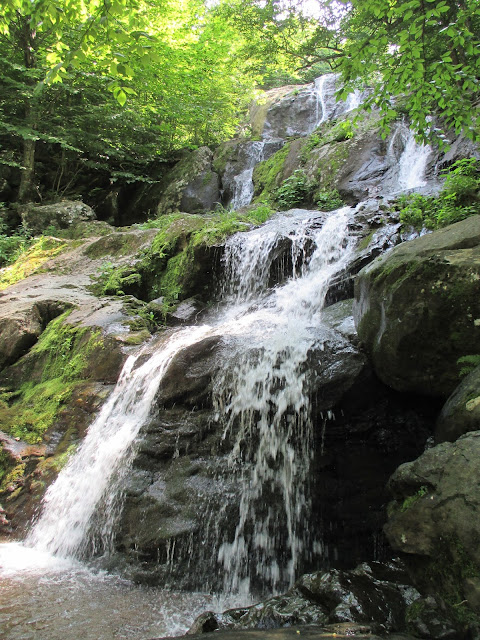 We stopped at one of the lookouts for a couple of photos on Skyline Drive.
You can't see it in this photo but Mark had a fall on the hike as we were leaving the waterfall.  He was carrying Ben because he'd gotten tired.  Mark slipped on a rock and took the brunt of the fall so Ben wouldn't hit the ground.  His knee was a bloody mess but he finished the hike.  His knee had a bad gash but thank goodness it didn't need stitches. 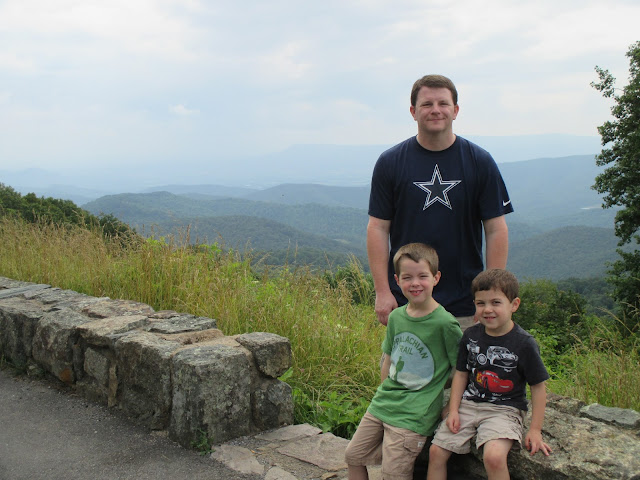 One of my favorite photos from our vacation. 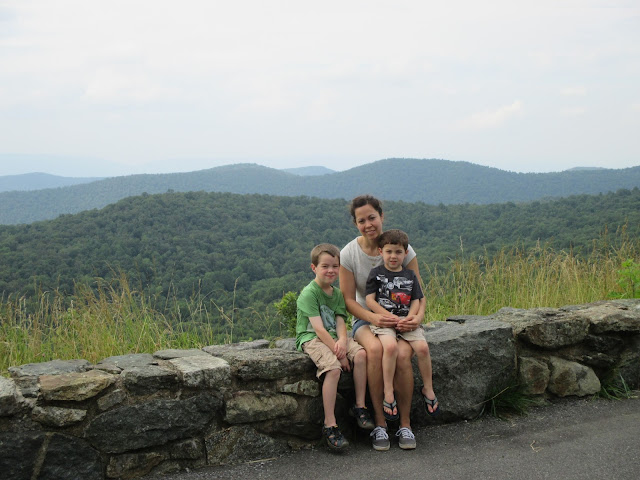 I'm really glad that we made Shenandoah National Park one of the stops on our summer road trip.  National Parks never disappoint.  I wish we could have stayed longer, but that will be something we do in the future when the boys are older.  I hope we can even spend time there camping.  For now we have the photos and memories that we made.
Posted by Michele at 3:05 PM