We'd been laid-back and relaxed all of our vacation until our trip to Baltimore, Maryland on July 9th.  That was the day we had planned to go to the National Aquarium and a baseball game at Oriole Park at Camden Yards.

Sometimes when I plan something special I worry that my expectations aren't realistic and I expect everything to be perfect.  I usually end up disappointed because things don't go as planned.  Does anyone else do this?

I'm happy to say that this wasn't one of those days.  It was perfect!  Mark and I both agree that our day in Baltimore was full of happy memories that will stay with us forever.

We started out at the National Aquarium.  My niece Cassidy had been before.  Will and Ben have never been to an aquarium so they thought it was really cool. 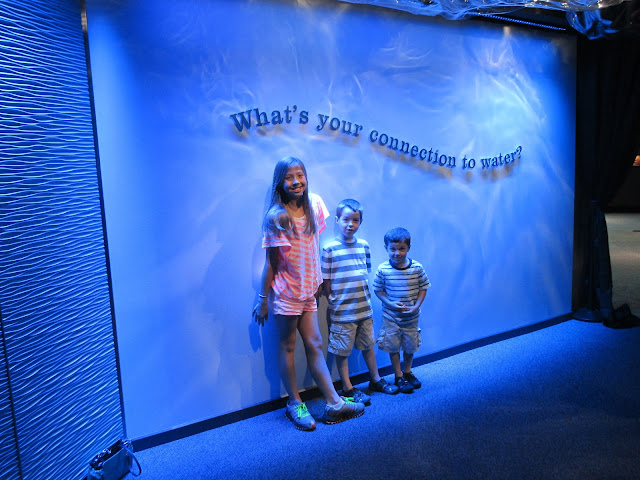 I'm not sure what this is, but I'd be scared to death to encounter this in the ocean. 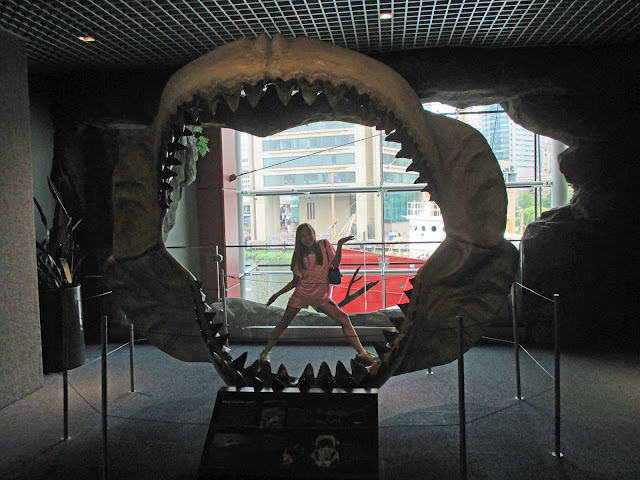 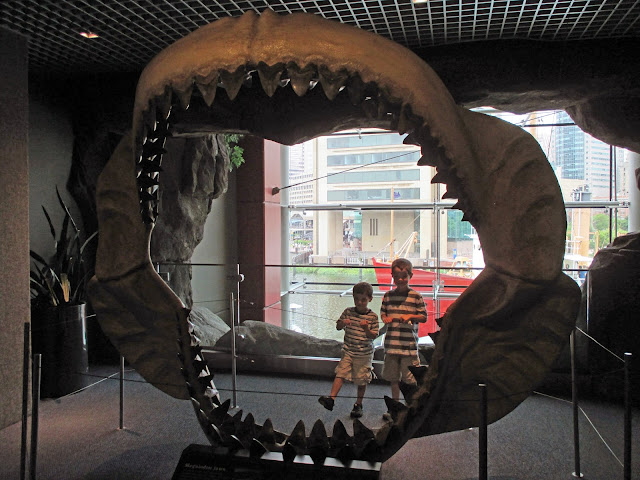 One of the many great exhibits. 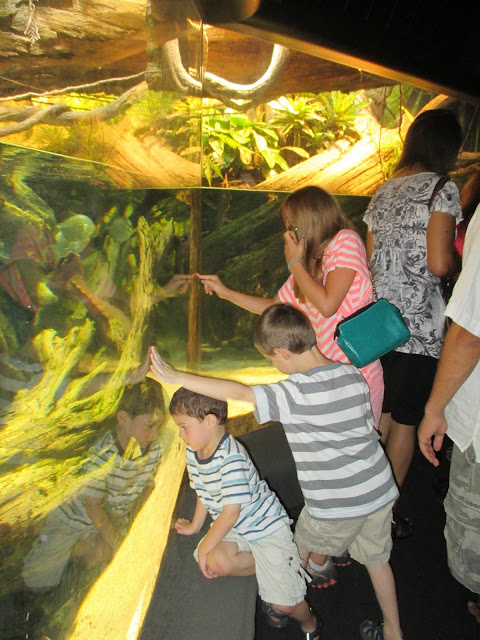 Jellyfish are neat when they are on display.  In real life, not so much. (Anyone remember the FRIENDS episode with the jellyfish? Ha!) 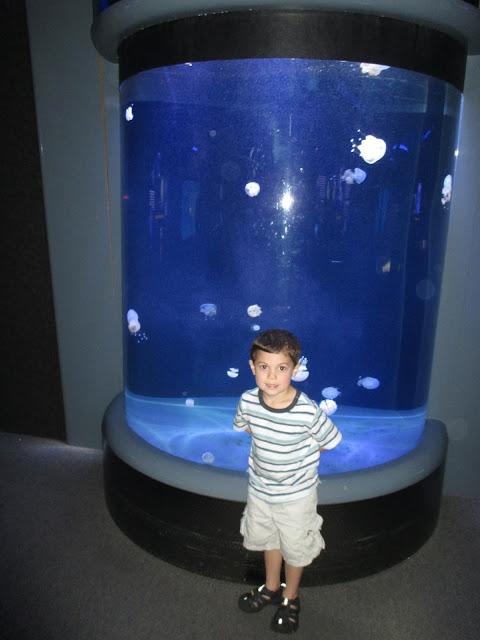 We watched the Dolphin show 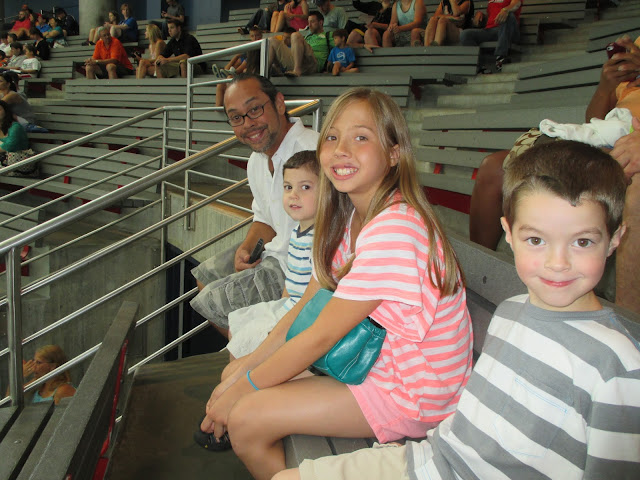 The rainforest area was much more interesting than I expected.  There were golden lion tamarin monkeys only a few feet away and they were NOT in a cage.  I'm always in awe when I see animals up close and I forget to remember that they are wild.  Nothing crazy happened, but when we came home and were telling people about how close the monkeys were they reminded me that monkeys always go for the face when they attack.  Well, I'm glad that they were peaceful monkeys and we didn't provoke them. 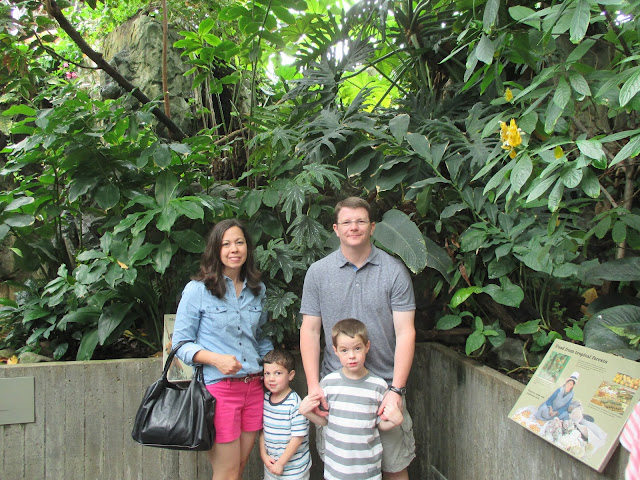 We had a little time in between before the baseball game and we walked around the Inner Harbor.
Cassidy and Will really wanted to rent a paddle boat. The kids wanted a green "Chessie".  Mark took all of the photos while we were on the paddle boat.
*The next 4 photos could have their own blog post.  Read on.

In this photo we're all smiles and happy.  It's just the beginning of our 30 minute adventure. 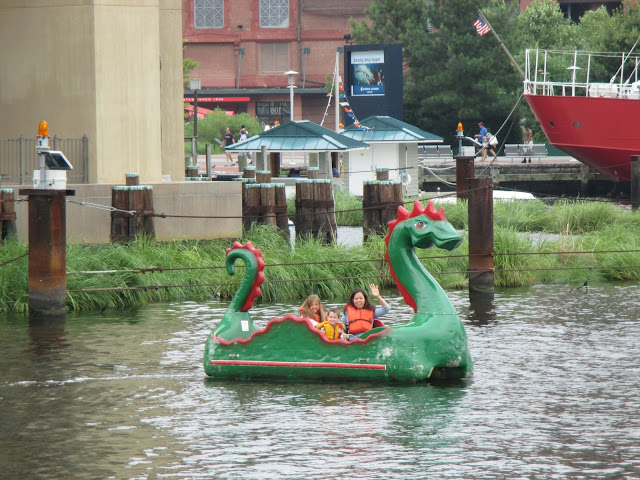 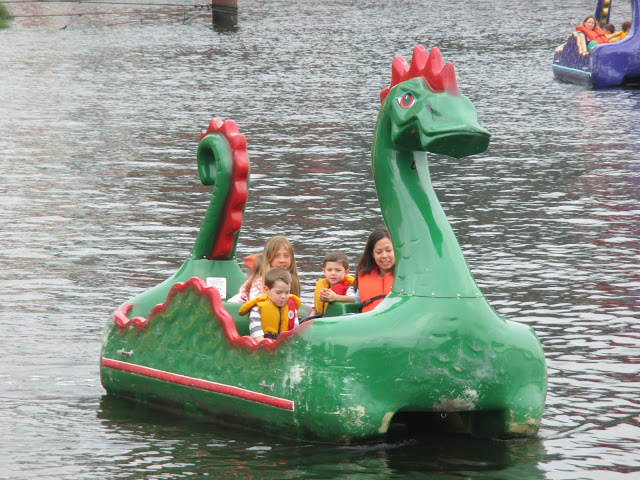 I think we'd made our way over to the ship with "Chesapeake" on the side.  We'd have to come all the way back to return the boat. 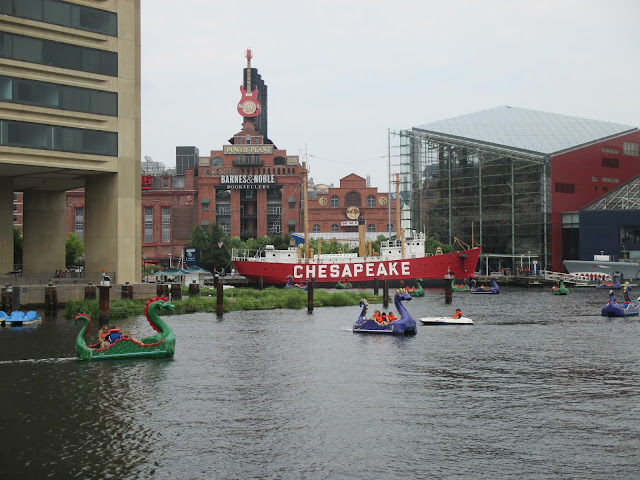 This is where I thought we weren't going to make it back, ha!!!  Mark would have to call home and tell everyone "Sorry they've been lost at sea (AKA the Chesapeake Bay)." Can you see my face in this photo?  This is the only part of the day where the wheels were about to come off.
My legs were cramping.
I was sweating like crazy in that nasty orange life jacket.  I don't even want to think about all the sweaty people who'd worn it before me.  My inner germaphobe was freaking out!
Will and Ben were whining.
There was a slight breeze which made enough resistance on the water that it was crazy hard for me to get that silly boat to go back to where I wanted it.  I was pretty sure they were going to have to come tow us in with the little jon boat.
It's the stuff that comedies are made of.
Let's just file this away as "Been there. Done that. Took the picture." We survived!
It was fun, but it would have been more fun if the boys were just a little bit older. 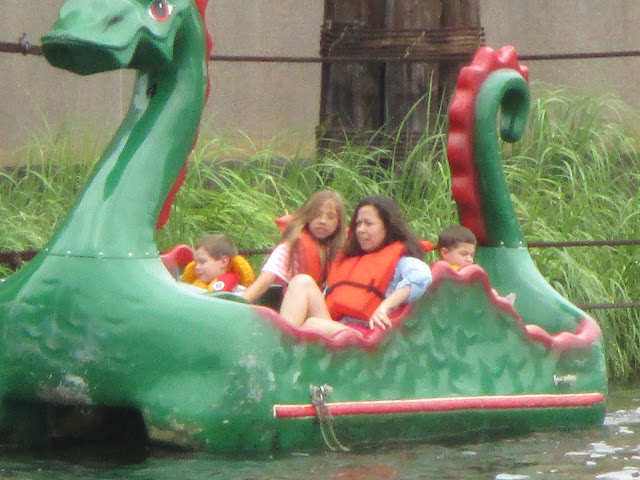 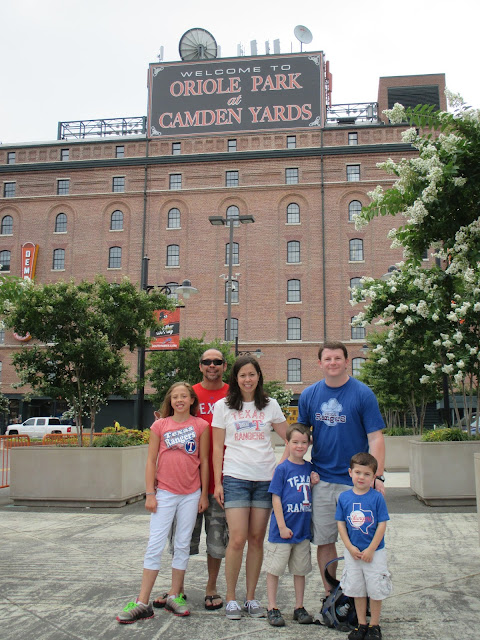 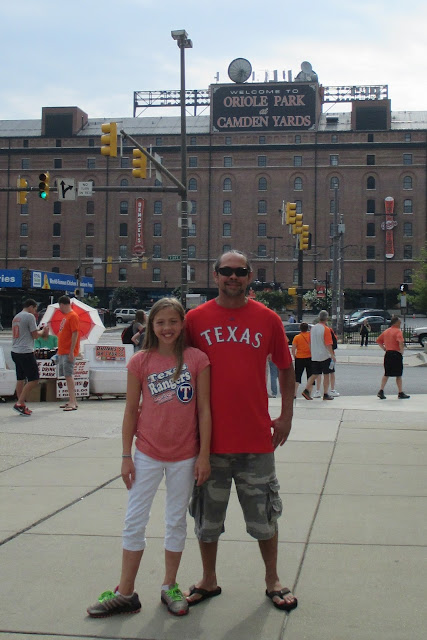 You know that I love being a "boy mom" and if that means traveling the country and stopping at as many MLB games as we can, then I'm all about it. 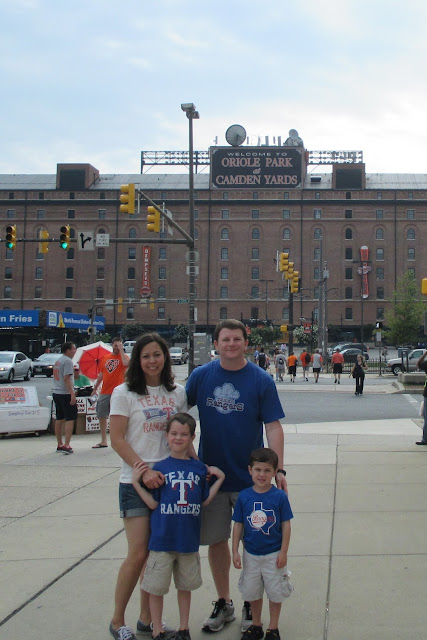 One more of the family. 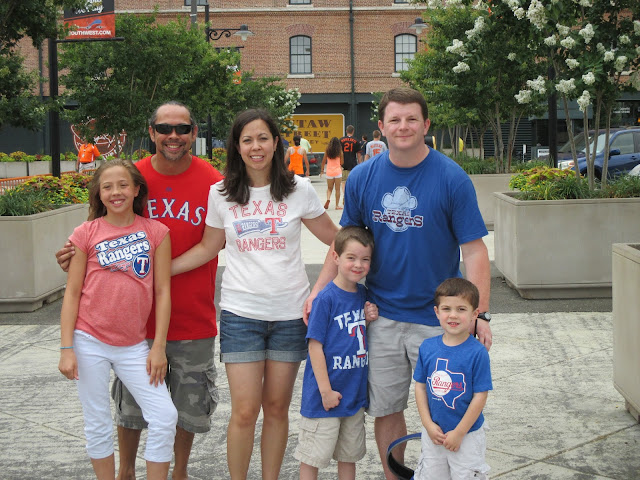 Oriole Park at Camden Yards is an awesome ballpark. 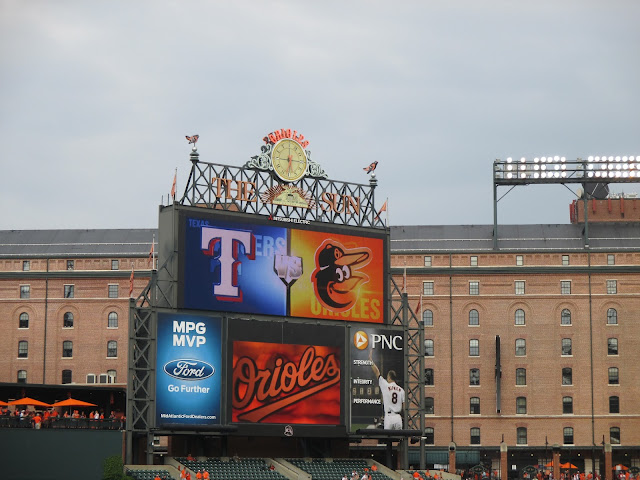 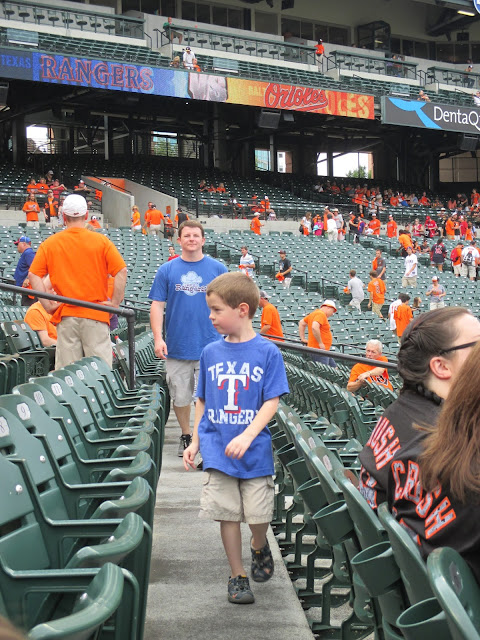 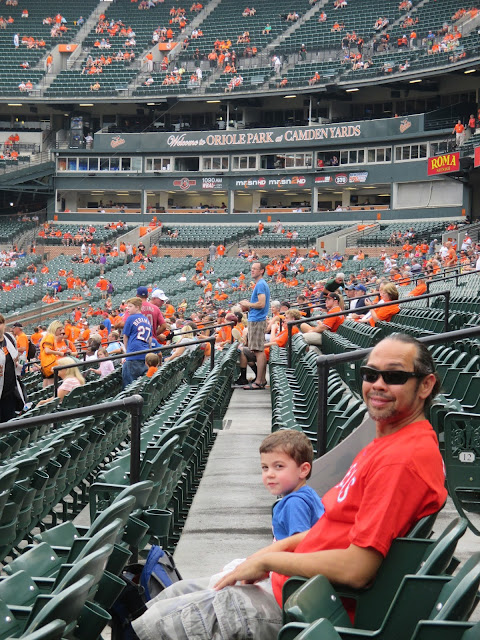 We made signs for the game.  We were hoping to get on TV back in Texas, but once we were at the game we realized there were numerous Texas Rangers fans in attendance.  There were people all around who were cheering for the Rangers, too. 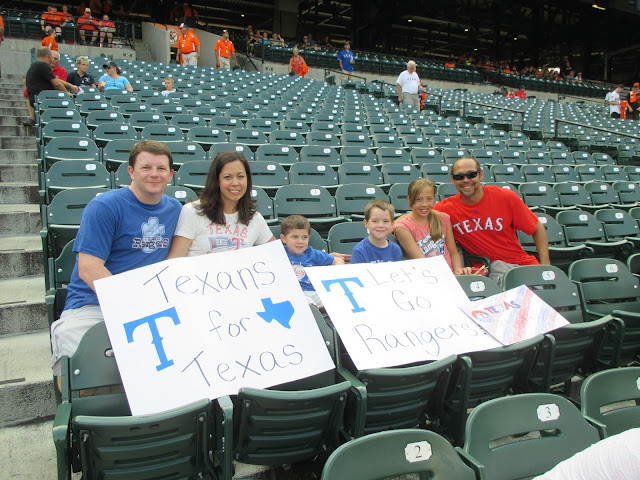 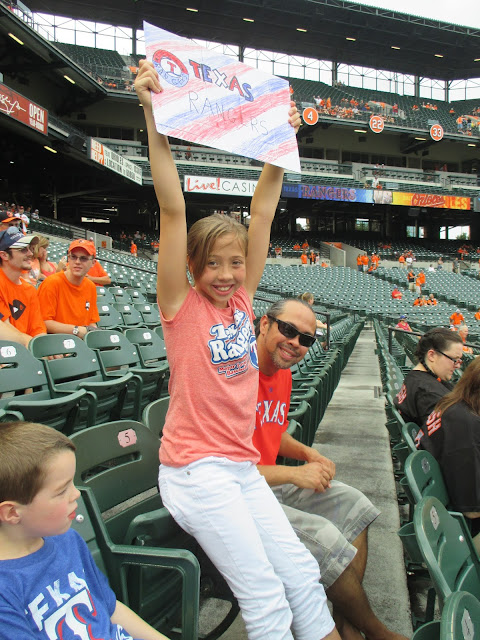 The Rangers beat the Orioles 8 to 4.  Perfect ending to a great day!