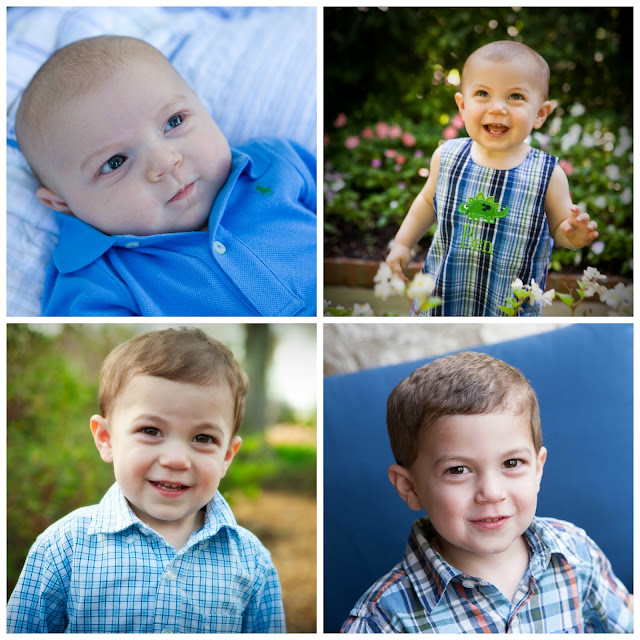 1. He's all boy!  He loves superheroes--Batman and Spiderman.  He likes Teenage Mutant Ninja Turtles, Ninjago, Power Rangers, and Star Wars (basically anything with swords).  Ben is fascinated by outer space.  We have an app on the iPad called Planets and he spends a lot of time looking at it.  His favorite game to play on the iPad is Star Wars Angry Birds.  Ben likes playing with his Imaginext toy castle, Batcave and Gotham City Jail.  He still loves the Disney Pixar movies Cars and Cars 2.  He's having a Cars theme birthday party today.  He likes sports and shooting hoops in his Nerf basketball goal in the hallway at our house.

3. Ben loves spending time with family, especially getting to go to his Mamaw and Papaw's house.

4. Ben likes to make us laugh.  He's funny and has a great sense of humor.

I've already listed four, but Ben likes going to church.  He enjoys playing outside, playing teeball with Will, and riding his bike.  He likes eating at Chick-fil-A and McDonald's.  He doesn't eat a lot but he likes Pop Tarts, donuts, go-go squeeze applesauce, yogurt smoothies, goldfish crackers, hot dogs, pizza, chips and hummus.  He LOVES chocolate milk!
And
He still loves his bear and blankie.

We love you so much, Ben!
You completed our family and you make each day special.
God blessed us when he gave us you.