We had Ben's Disney Pixar Cars-theme birthday party on the actual day of his birthday.  Last year Ben didn't get to have a party because Will got sick the night before and we had to cancel.  He was disappointed so we hoped the weather would cooperate and the storms would hold off until his party was over.  Thank goodness no one got sick this year, and the weather cooperated all except for a 5 minute shower that happened right at the time we were going to eat.  Everyone helped bring in all the party supplies and food, and we all crowded into our snug, little house.  It was a cozy (more like crowded) but we made it work!

Ben was beyond excited at his party.  He had a smile on his face the whole time.  We had fewer people at this party than we usually do just because of busy schedules this time of year.  It didn't matter to Ben.  He was so happy his cousin Jordan was there to play swords and his buddy Dade was there, too.

I took fewer photos at this party than what I normally take.  I think the rain threw me for a loop.  I still managed to get some great photos of Ben having fun. 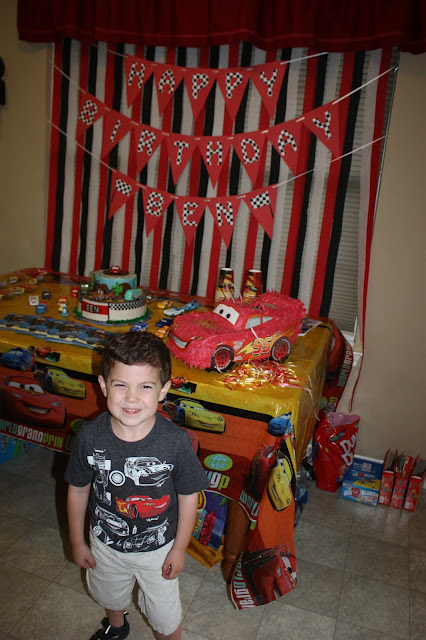 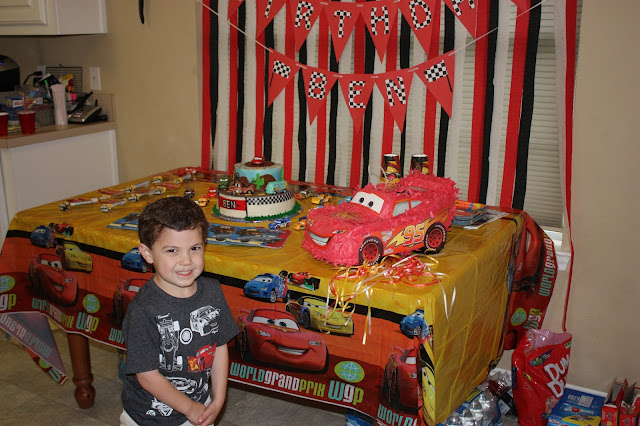 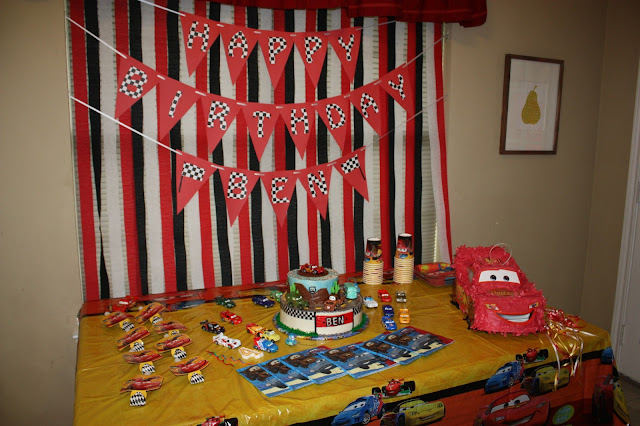 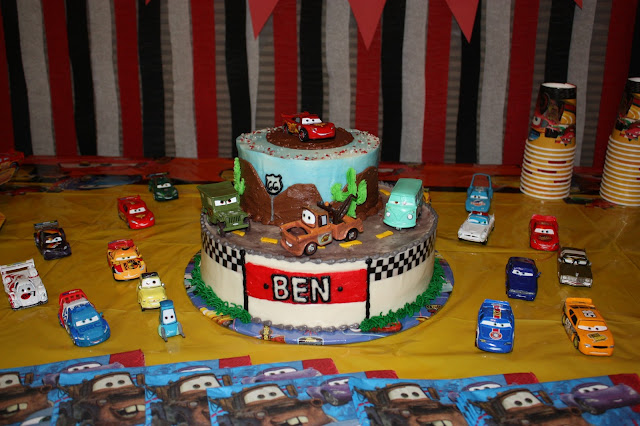 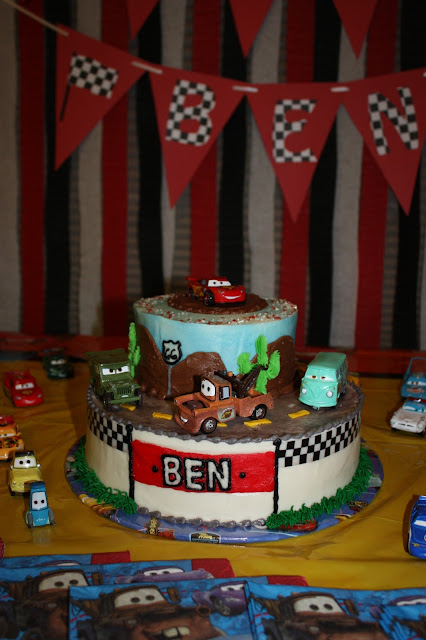 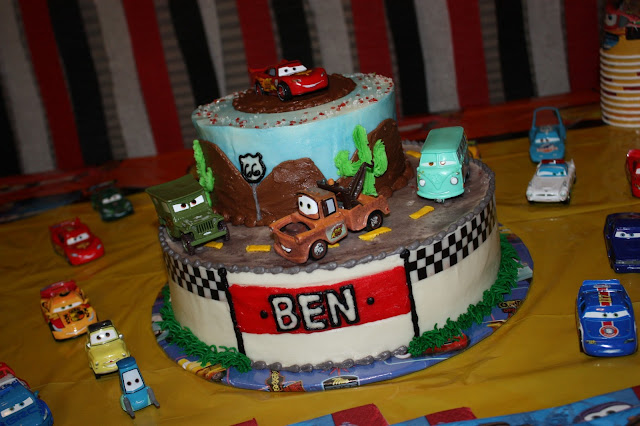 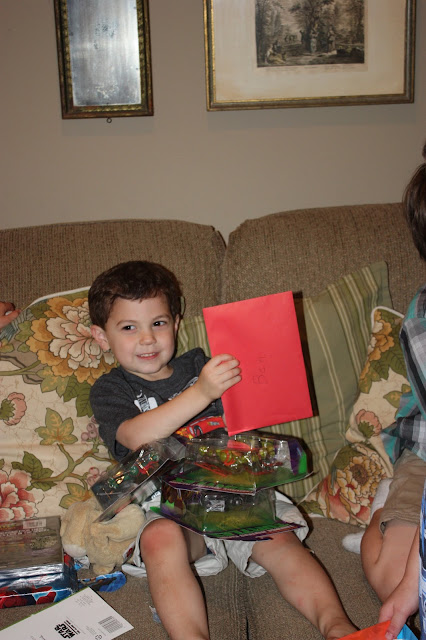 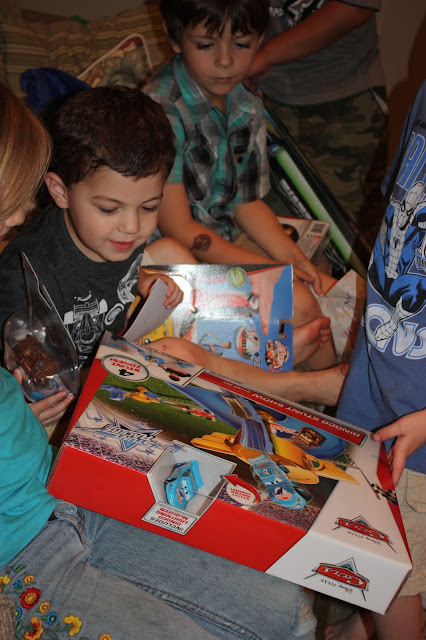 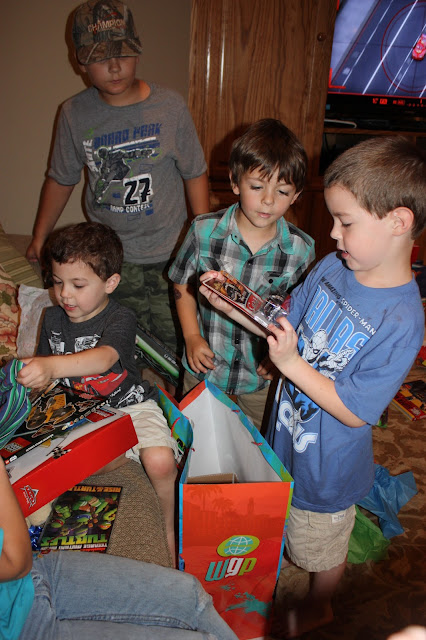 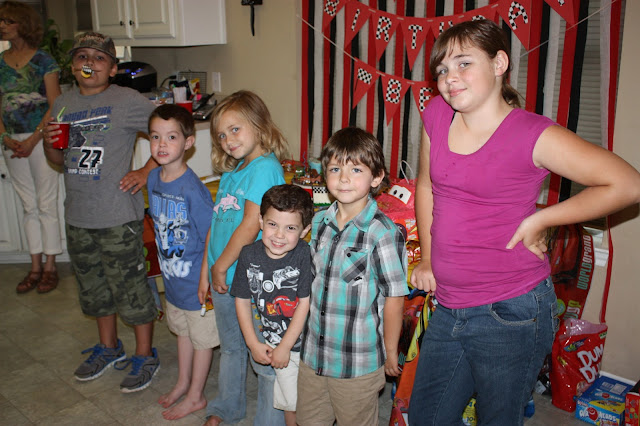 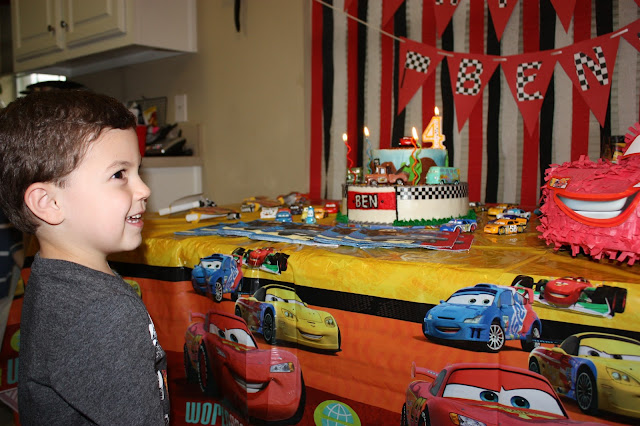 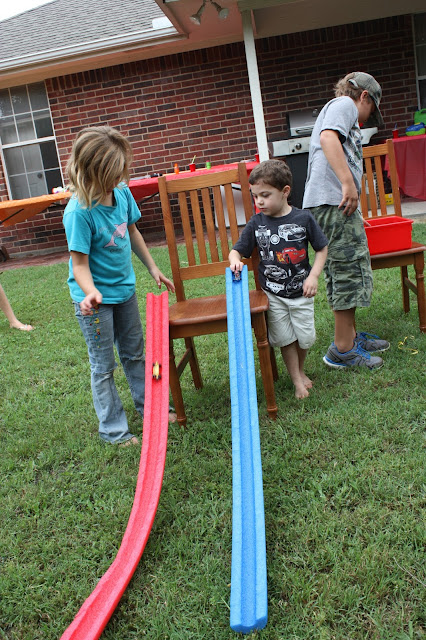 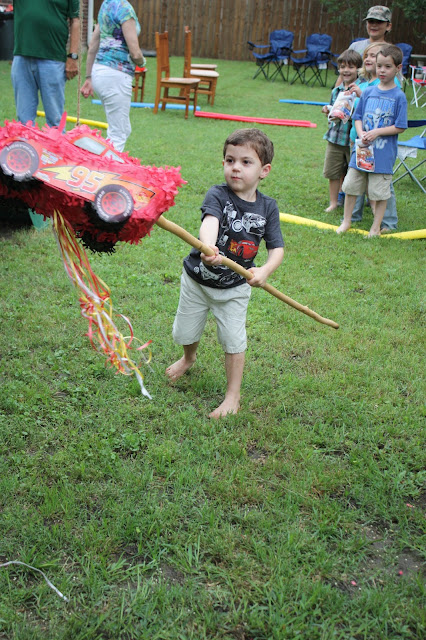 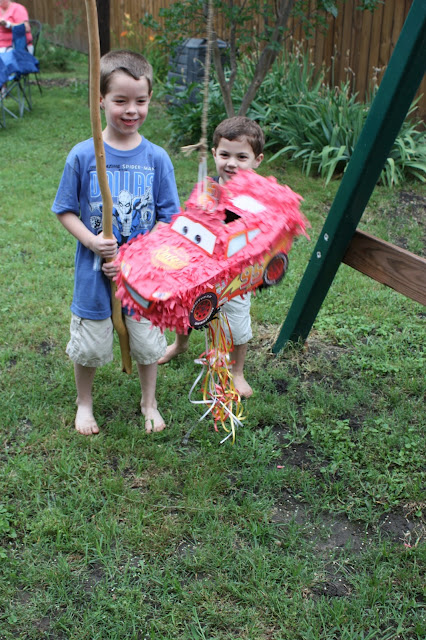 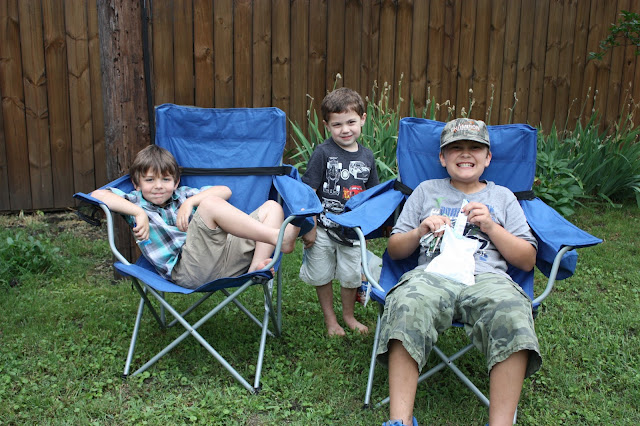 Such a great birthday party for a special little boy.