The last stop on our road trip {read about Virginia here and NYC here} was Pennsylvania.  After our short visit to New Jersey and New York City, we made our way to Pennsylvania.  Angela was living there at that time.  Madelyn was 2 and Claire was only about 4 weeks old.  Will was 18 months old and he loved playing with Madelyn and all of her toys.  Gosh, the kids look so little in these photos!

Since Angela had a newborn, we kept our plans simple.  We toured an Amish community not far from where they lived.  We didn't really know what the day would be like with three young children, but it ended up being one of our best memories from the trip.  I love it when something like that happens. We decided to take a buggy ride through the countryside.  While on the buggy ride we passed by an Amish farm that had a little stand set up by the side of the road selling homemade root beer and lemonade.  They stopped the buggy and allowed us to purchase some.  I took the photo below of Mark after the tour and you can see he's still holding the cups.  I've lived in a rural area most of my life, but the farms in this area were idyllic.  I wish my photos captured their beauty.  After the buggy ride we toured the village and then made our way back to Angela's house. 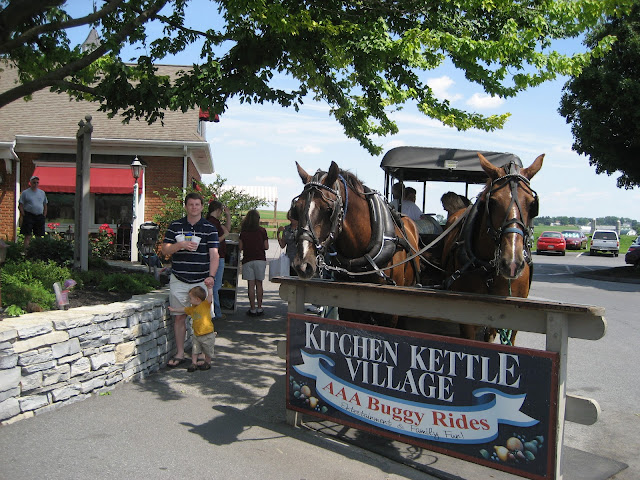 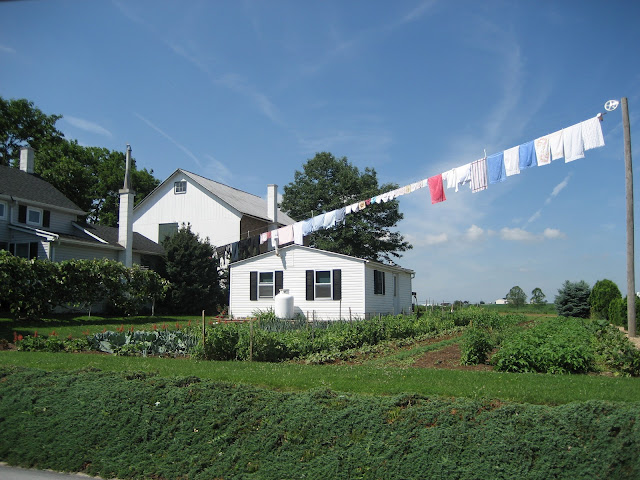 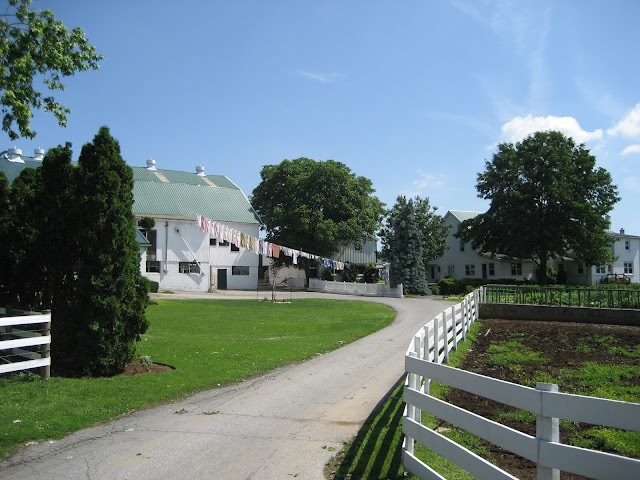 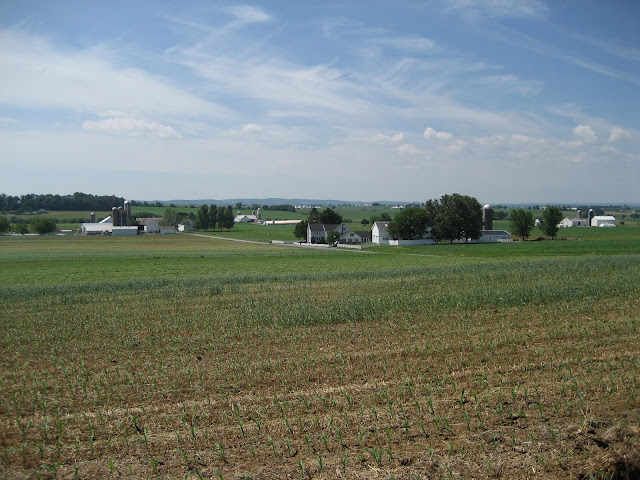 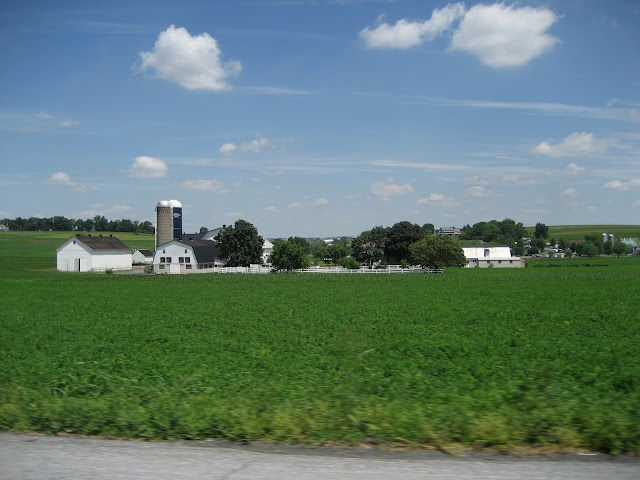 Doesn't Angela look great for having a newborn?  Claire was so tiny! 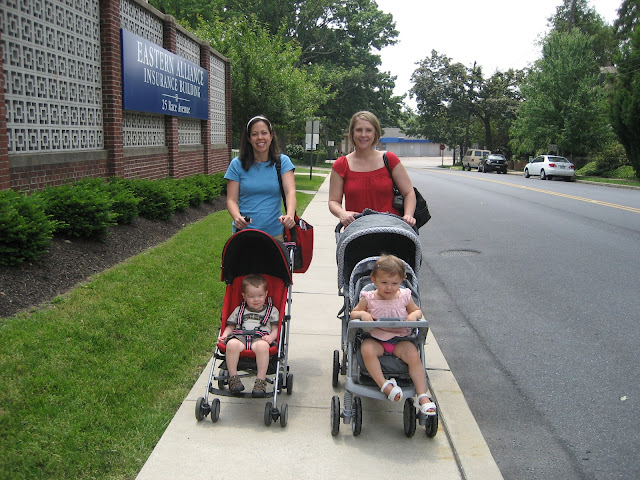 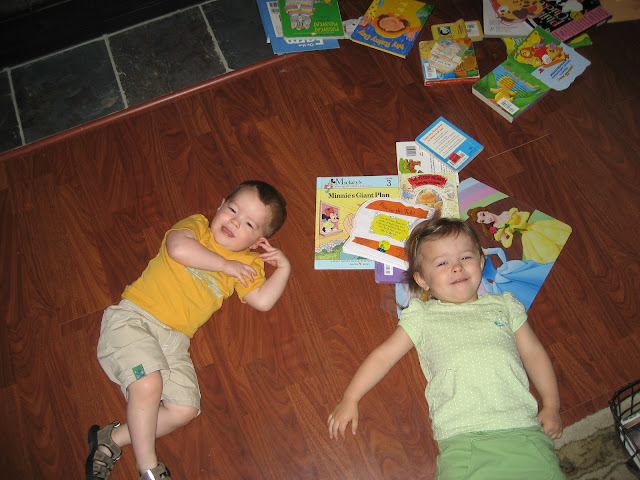 After we left Angela's we made a short drive to Hershey's Chocolate World.  We only toured the free part and didn't go into the amusement park since Will was so small. 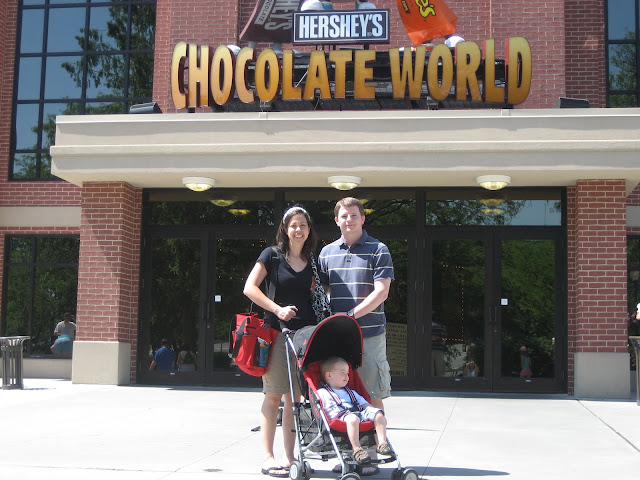 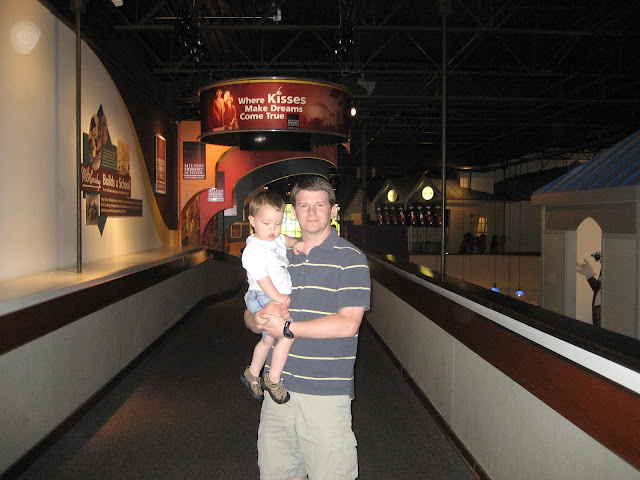 Before we left Pennsylvania, we stopped by the Gettysburg National Military Park and Museum.  Mark and I are both history nerds so we take advantage of any opportunity we get to visit and learn more about history.  Gettysburg is a significant battle in the Civil War, but I won't bore you with the details of why. 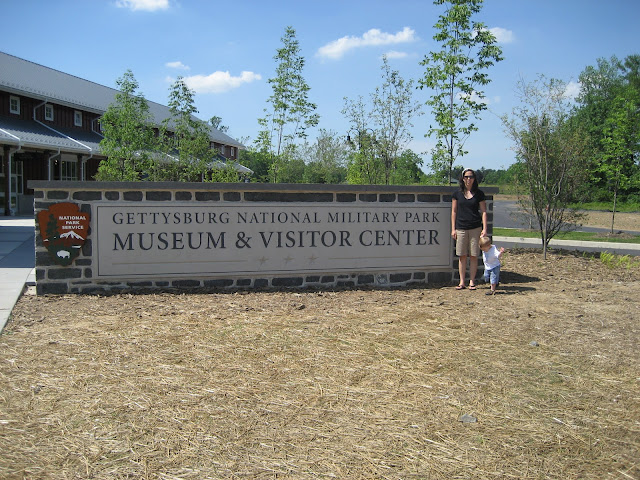 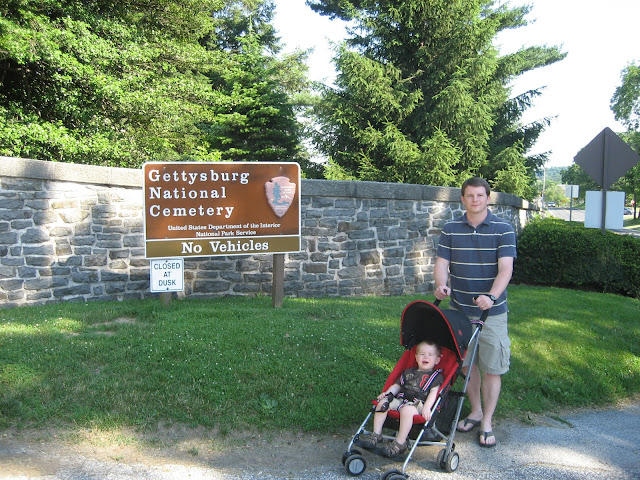 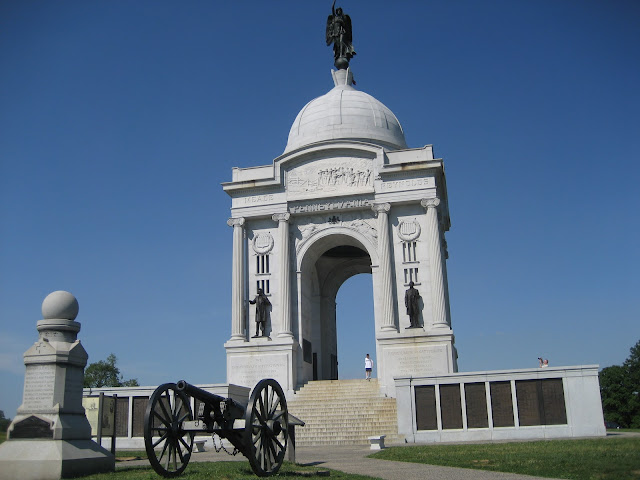