When we left our family in Virginia, we made our way north to Princeton, New Jersey.  We stayed in Princeton and took the train to New York City.  Our day in NYC was packed full.  We went to a Yankees game, which was special to Mark.  He saw a game at the original Yankee Stadium in its final season of use.  It was also a special father-son moment because he had Will with him.  We'll have to make another trip now that we have Ben so we can all go to the new Yankee Stadium.  We've always heard that New Yorkers are rude, but our experience was quite the opposite.  I was offered a seat every time we rode the subway.  Also the workers at the Yankees stadium were extra helpful.  Fans at the Yankees game helped us to our top row seats, and one gentleman even offered to help carry our stroller.  I think New Yorkers are pretty friendly. 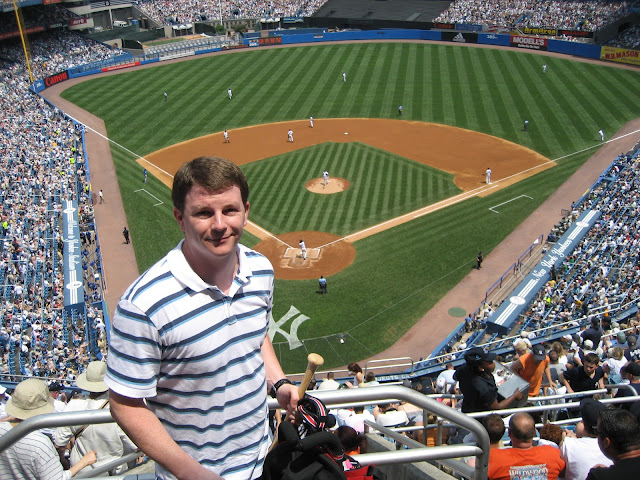 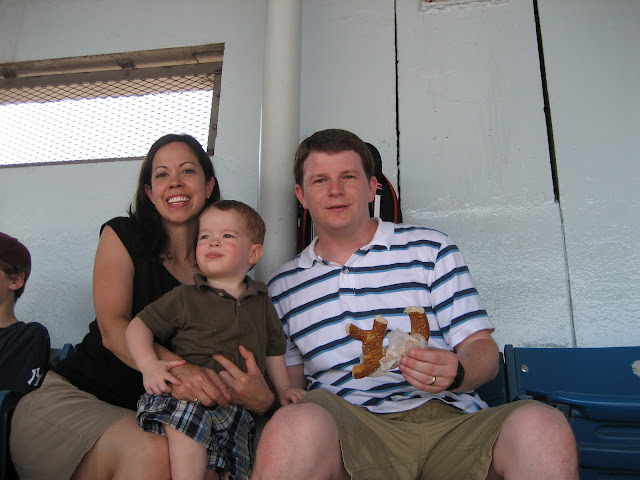 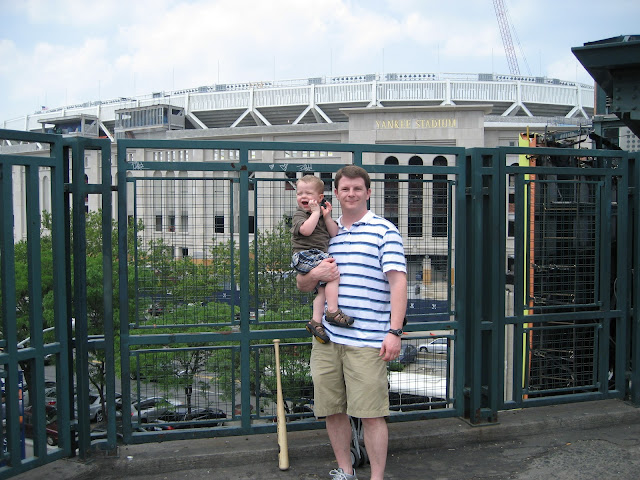 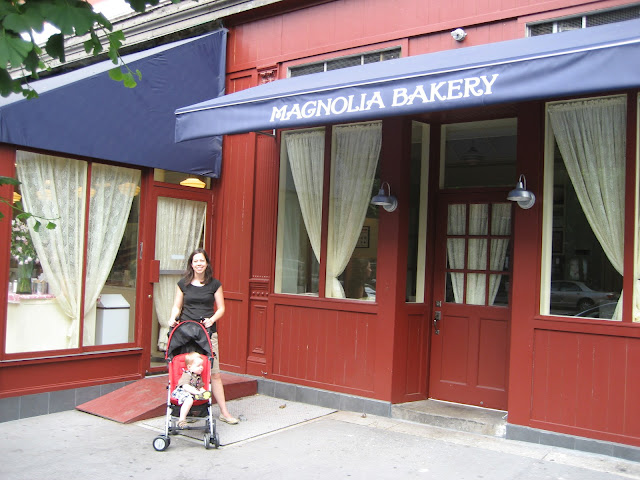 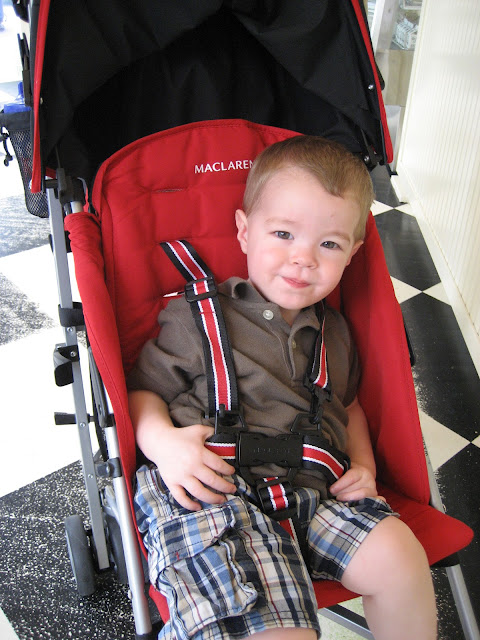 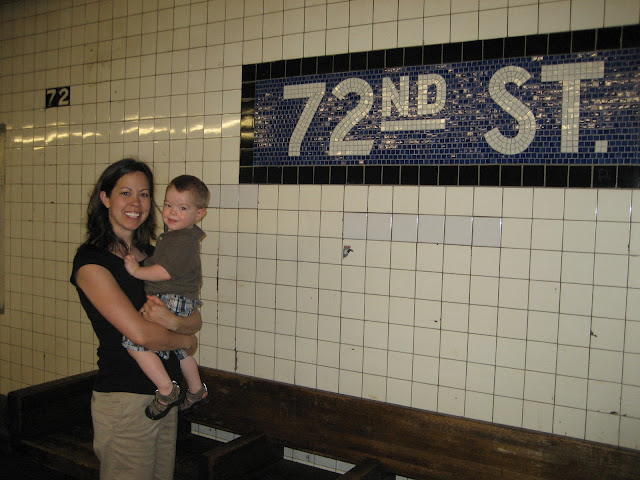 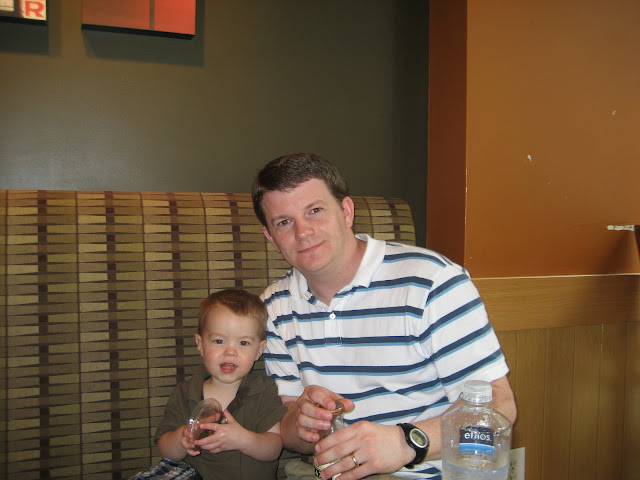 Do I look smarter?  Maybe not!  I felt a little smarter walking around the campus of Princeton University.  It was such a beautiful campus.  So much different than anything I've been to in Texas. 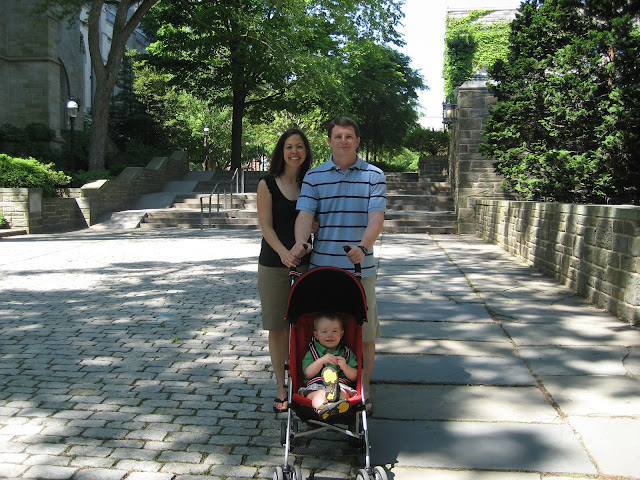 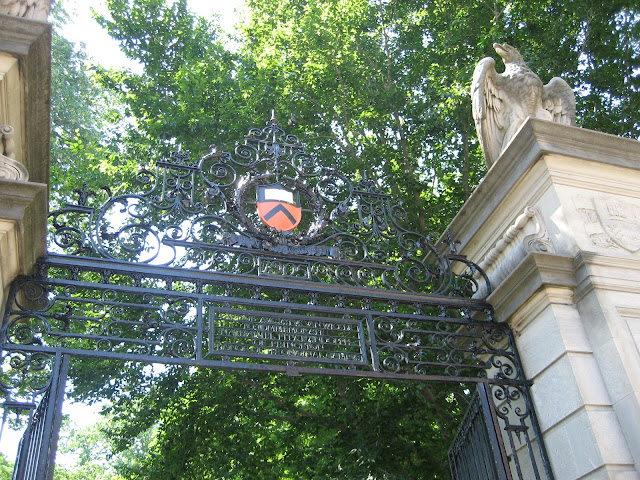 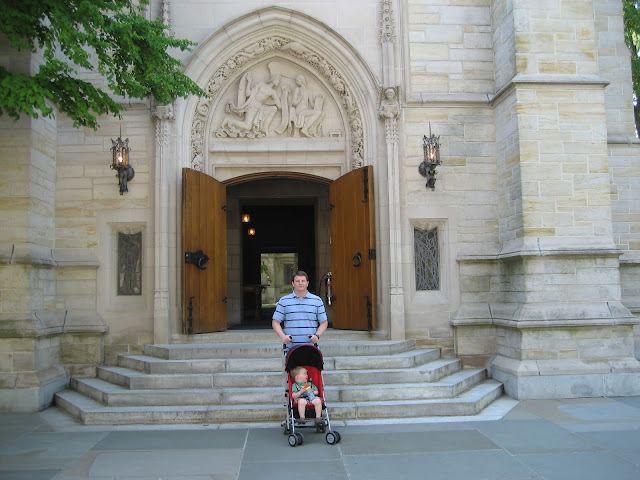