It's my weekly phone dump with photos of what's been happening lately. 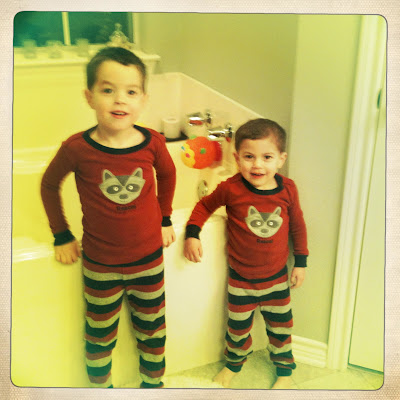 New Bikes!
Will has a new bike!  He's been given money in the past for a new bike and we end up getting something else for him instead.  This year my brother sent the boys money for Christmas and we decided to buy a bike for Will.  It would eventually end up being Ben's so they both would benefit from it in the long run.  Will's also finally big enough to really ride a big (with training wheels, of course).  We had to go to Mark's parents' house because our driveway has a steeper slope.  They have a perfect driveway for riding bikes.  It's long and level.
Will surprised us with how quickly he picked it up.
By the way, we got a great deal on Will's bike at Toys R Us.  We bought it on clearance the week after Christmas.  Bonus--it was already assembled! 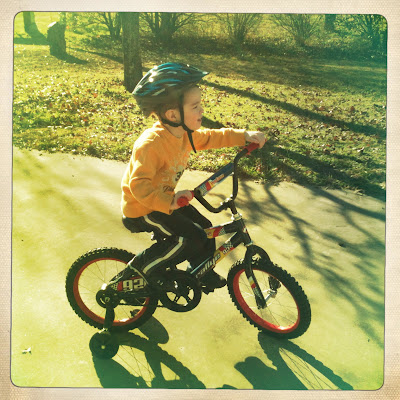 Ben's bike is used but new to us.  It was passed down to us by some friends.  Their little boy had outgrown it and it was the perfect size for Ben.  Ben's not too sure about riding it but he's content to straddle it and walk around.  The only new thing we had to purchase for him was a bike helmet. 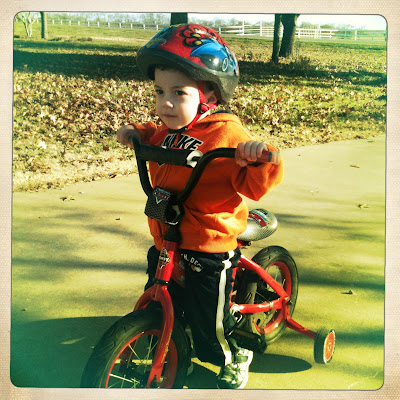 Lovely Things
Look what Santa left in my stocking.  I'd been wanting a mug with my initial from Anthropologie.  I gave my mother-in-law and sisters-in-law one for Christmas. 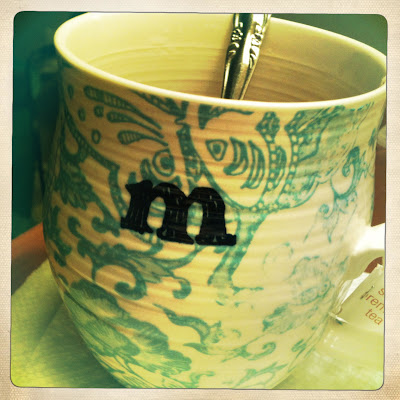 If I'm not enjoying hot tea in my lovely new cup, this is a delicious treat. 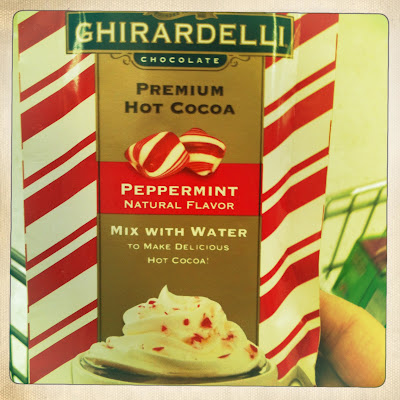 Milk glass
Do you follow me on Pinterest?  I have an entire board dedicated to milk glass.  My sweet aunt gave me this lovely hobnail vase for Christmas. 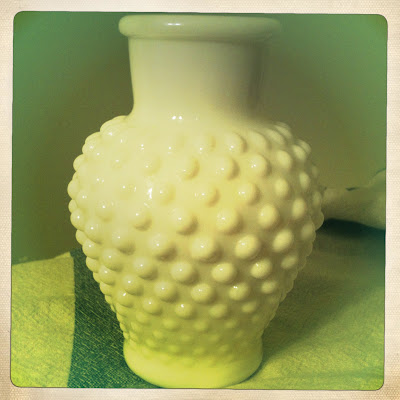 My precious grandmother, Mama Winnie.
We visited her at the nursing home on Friday after school.  It was a good visit.  She has Alzheimer's and sometimes she is very confused and upset.  Friday she was in a great mood.  I miss my grandpa and I miss my grandma--the grandma that I grew up with.  Alzheimer's is a terrible disease.  We've dealt with it since 1998/1999.  We are thankful she is with us and for the time we get to spend with her. 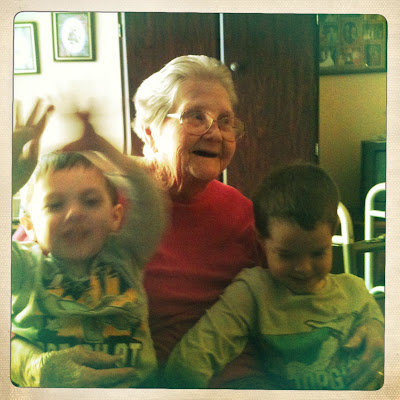 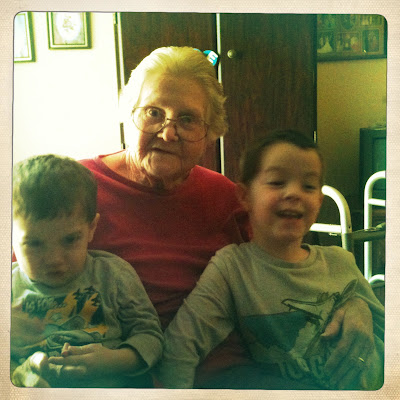 Impromptu family reunion in Wal-Mart.
We rarely get to see my younger sister (remember I have a complicated family) and we ran into her at Wal-Mart.  It was great to see her and catch up. 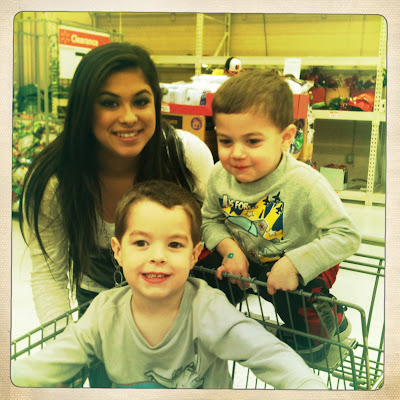 Look at this pretty apron my sister-in-law, Brandee, made me for Christmas.  Love the pattern and fabric!
And, it's reversible. 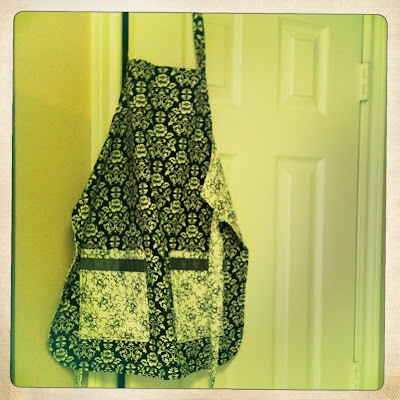 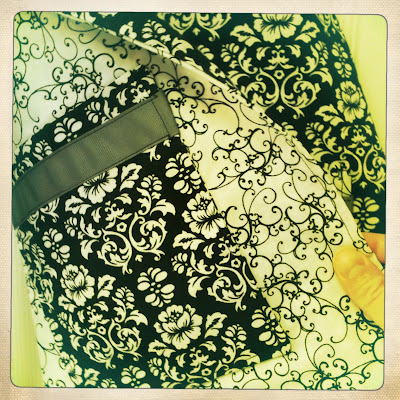 The boys were given money at Christmas for Chick-fil-A.  What a perfect gift!  Is CFA only a Southern thing?  Sorry, if you've never experienced it.  So tasty!  My boys always eat their food there and they have a blast playing in the play area. 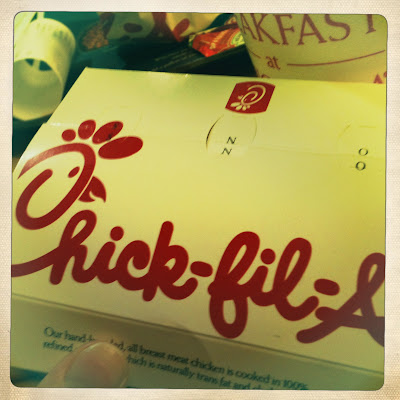 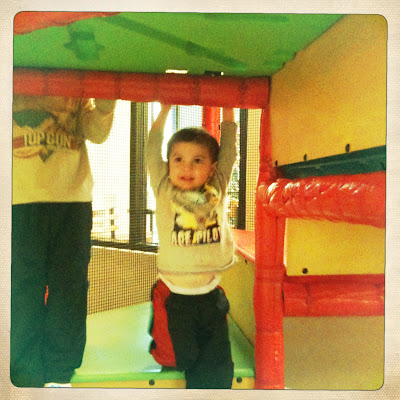 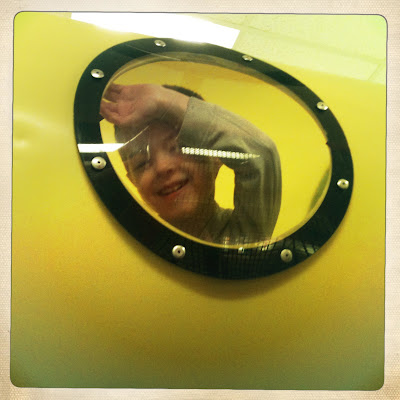 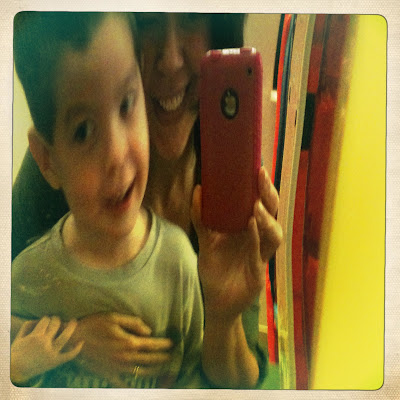 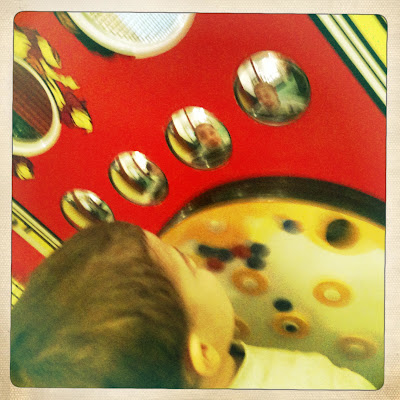 Warning
There should also be a "Warning Sign" that warns parents of small children to watch out for pre-teen, unsupervised, out of control children in the play area.  Nothing frustrates me more than children who are too old to be in the play area playing rough and intimidating the younger ones.  Also a pet peeve is unsupervised children who do not play nice.  I still love Chick-fil-A, but I watch my kiddos closely at any and all play areas.  It's just the right thing to do.  I'm finished with my semi-rant now. That is all. 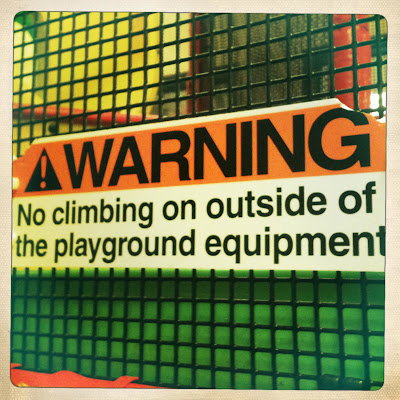 The mini hand sanitizers were 50 cents. 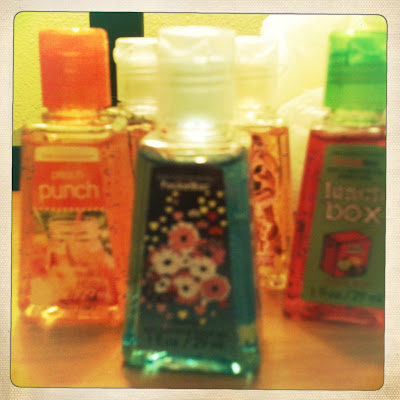 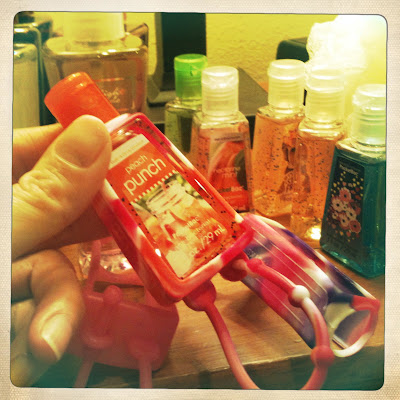 And, I bought a few other goodies! 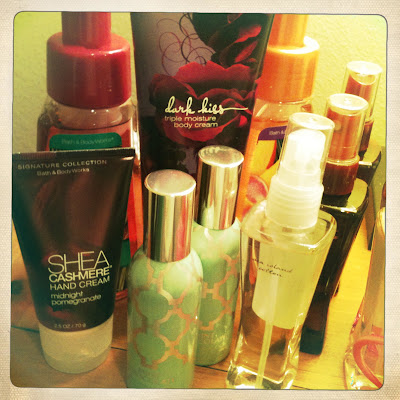 Funny thing at Bath & Body Works, we ran into my in-laws and two of my nieces.  They were having a sleepover with my in-laws and were at the mall.  We never shop at that mall but we happened to be at stores next to each other at the same time.  Fun coincidence!

AND linking up to Stacy at Kids Stuff World for Life in an Instant :)
Posted by Michele at 10:48 AM