The warm weather this January couldn't be more opposite of last years--snow, snow and more snow!  We had a beautiful day at the beginning of the month, and the boys were able to ride their new bikes.  Will was adamant that he didn't need to wear a coat because he was too busy riding.  The driveway at our house slopes so we headed over to Mark's parents' house.  They have the perfect driveway for bike riding.  It's long and level.

We scored at the after Christmas clearance at Toys R Us and found Will's bike for a super deal.  Ben's bike is used but new to us.  Some friends passed it down to Ben.

Will is so proud of his new bike!  We're so proud of him for learning how to ride it.  He learned (with training wheels) much faster than we imagined.  Look at that big smile on his face.  My boy is growing up! 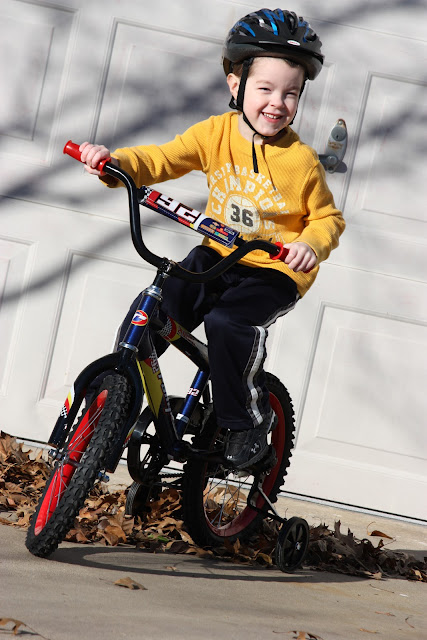 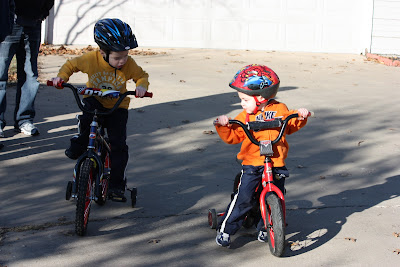 Ben was more reserved on his bike.  He was more comfortable straddling the bike and scooting with his feet.  He's still little and there's no hurry.  I'm thankful our friends gave him the bike so he didn't feel left out.  Also, I'm thankful we didn't have to buy him a bike since he's really not big enough to ride it. 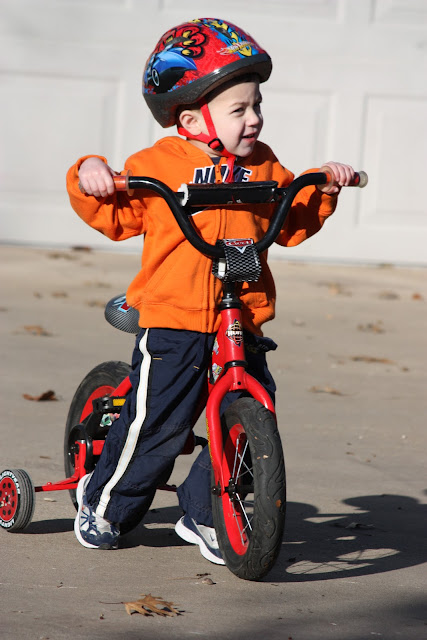 Just a little accident while making a turn.  He feel off the driveway onto the grass.  No harm though because he's still smiling. 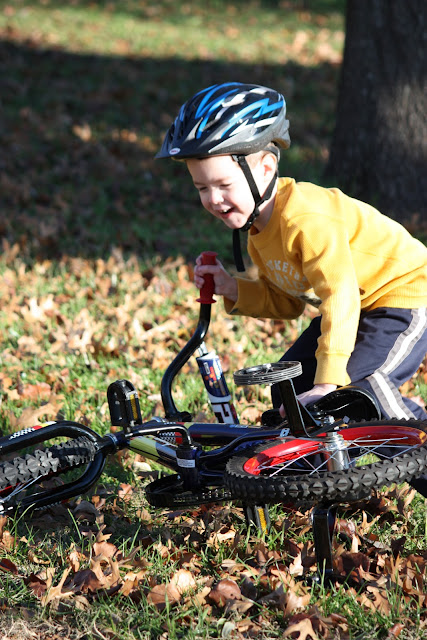 Just a little help from Mamaw and he's back in the saddle.  Ben hurried over to make sure Will was okay. 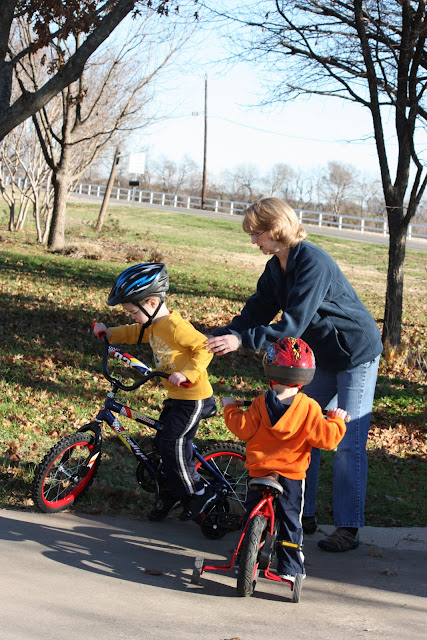 There you have it.  Will and Ben's first bike ride.


Life Made Lovely Monday
Posted by Michele at 6:00 AM