It's time to share photos of Christmassy things, but these photos have nothing to do with Christmas.  It's scenes from our everyday life in November.  Once again, I was blog slacker in November.  Although I managed to blog about Will's birthday party and his birthday.  I couldn't skip those important events, but as for anything else, I skipped over it completely.

These leaves were in my in-law's yard.  They have a pretty Sweet Gum tree. 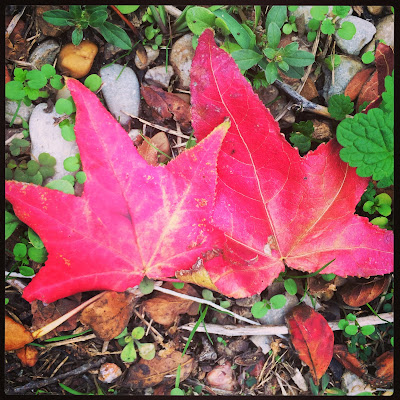 I was involved in a Ladies Bible study at our church.  We studied 1, 2, 3 John.  It was very insightful and I always learn so much from our class discussions.  We plan to start our study of Ruth in January. 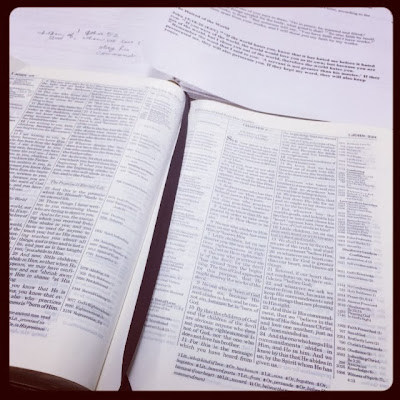 This is the country road that goes right by our land.  Isn't it perfect in the Fall? 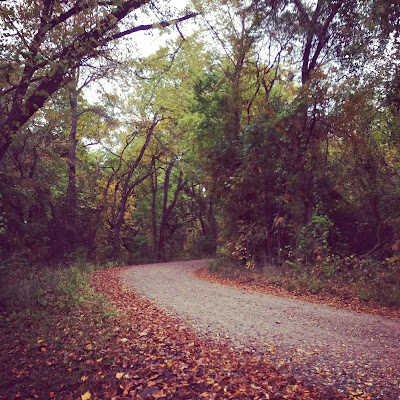 The time change was kicking my booty.  Will and Ben were up and at 'em bright and early.
They love playing Cars instead of trains on this table. 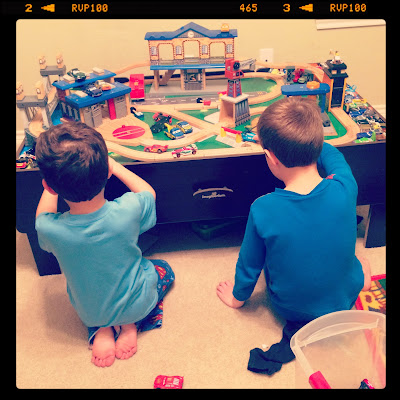 Poor Will!  He came down with strep throat at the beginning of the month.  Same time of year that he got it last year.  Boo! 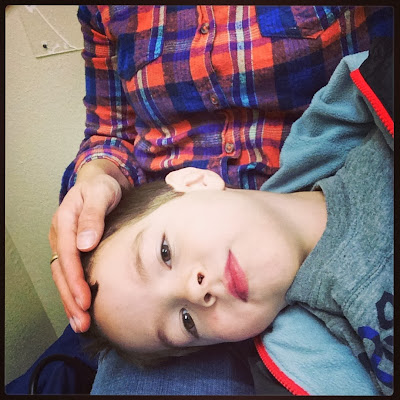 Entertaining Ben with the fishing puzzle. 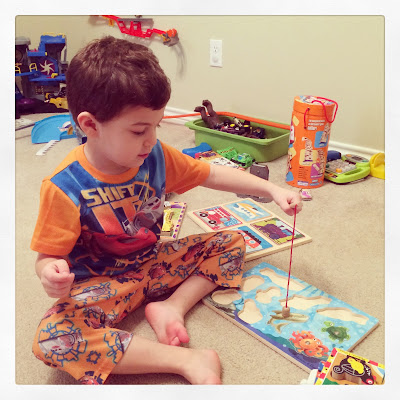 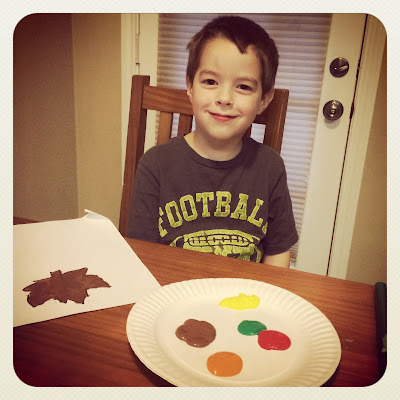 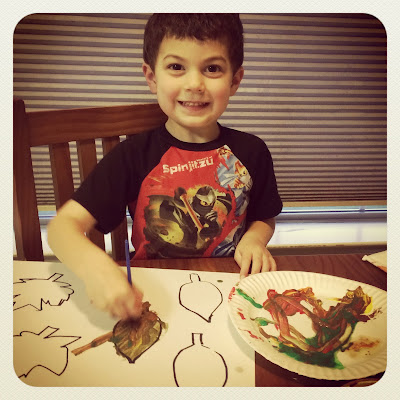 Now that the weather is colder we have two boys who love to snuggle up in our bed. 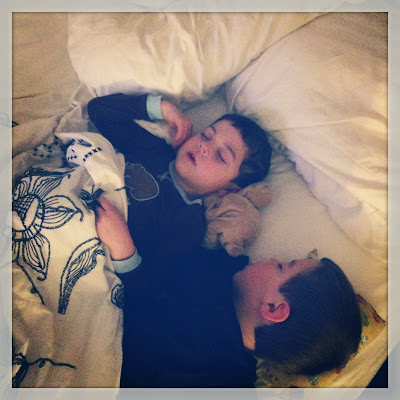 Our church hosted a Family Fun Day at the home of some of our church members.  My boys had a blast jumping on the bounce house, making Fall crafts, and playing with friends. 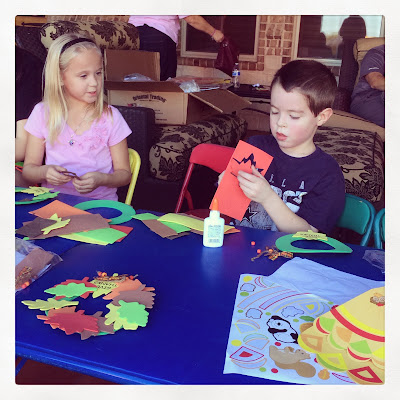 Will received the movie Planes for his birthday from his aunt and uncle.  They live in Virginia but always mail his gift to him.  So thoughtful.  He was super excited! 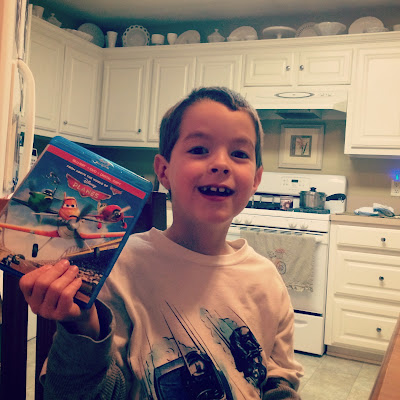 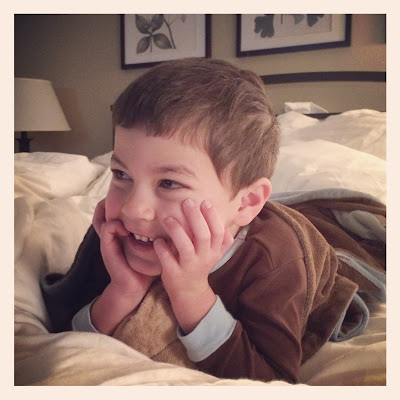 There's a long story behind these pajamas.  Ben loves superheroes and loves footed pajamas.  We bought Will and Ben new footed pajamas and we thought long and hard about which ones to buy for each boy.  We brought these home to Ben and he didn't like them.  We thought for sure he'd love the Spiderman webs under the arms, but he didn't because they didn't have a cape.  He wanted Will's Batman pajamas because they had a cape.  After a very long discussion on being grateful for what we are given, he's decided that he likes them--not as much as he likes Superman or Batman ones because they have a cape, but he will be thankful for them and wear them. Last photo of the month...
Ben avoided strep throat the first time Will got it, but Will got it again just a few days after finishing his antibiotics and Ben got it too. 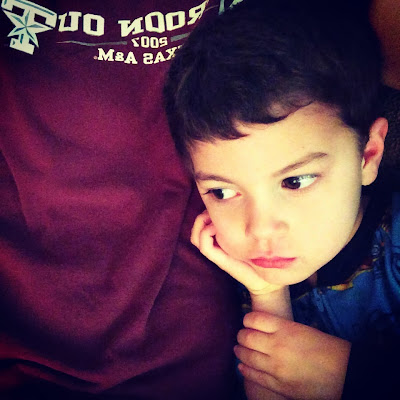 I've had a few extra days home from work due to Icemageddon 2013 and I've used this time to catch up on some blogging.  I even scheduled some posts for later this week.  More photos to come about Thanksgiving (only two weeks late)!