Every year I think that we've had the best Christmas ever and this year is no different.  The boys are getting older and the anticipation and excitement leading up to Christmas made it so special.  This is the first year that they  had specific things they asked for from Santa.  It made my heart happy to see their faces when they opened each gift.
Will got everything on his list: markers (3 packs to be exact), legos, and a football.  He and Ben also got Nerf guns and when Will opened his he said, "Santa brought me extra gifts!"  I told him that he must have been extra good.  Will's best gift was his boxes of art supplies.  He's creative and now his imagination can run wild with all of his new crayons, markers and map colors.
Ben has wanted the Eagle Talon Castle since he first laid eyes on it.  Santa brought it to him along with some of the knights and animals.  He's had the best time setting up epic battle scenes with his knights and the castle toys.  Ben's other big gift that he really wanted was the Batmobile.  He's all about superheroes.  He got an Ironman and Hulk costume to play dress up.   Ben's too cute when he gets into character.  He's very serious about playing superhero.  Will and Ben both got some Imgainext superhero action figures, which they've played with non-stop.
I'm not great with my camera but I love this photo of the boys before they opened gifts.  It was cold and rainy on Christmas morning and very dark outside.  When I look at this it makes me feel happy and cozy.  That's how I felt on Christmas morning. 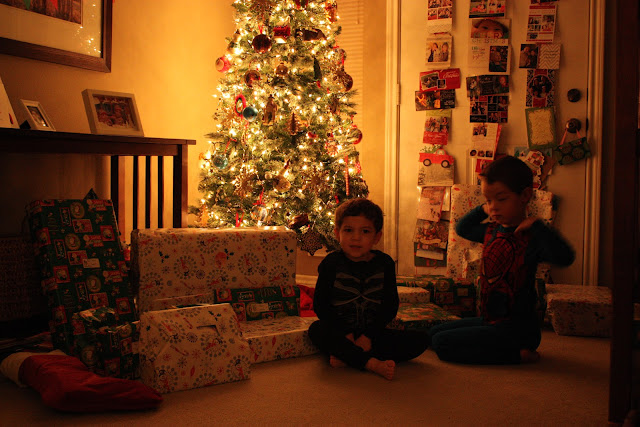 Will's is excited about his markers.  Just what he asked for. 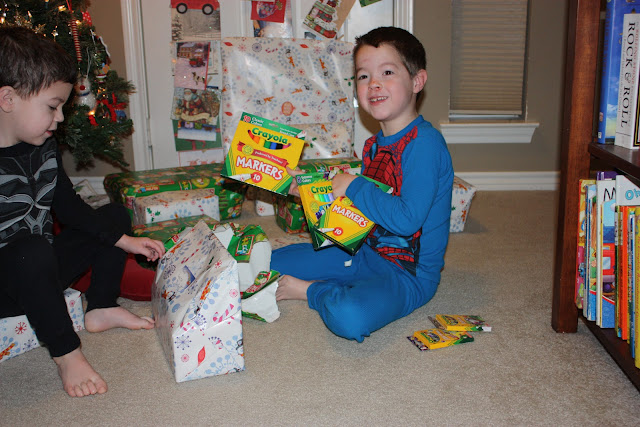 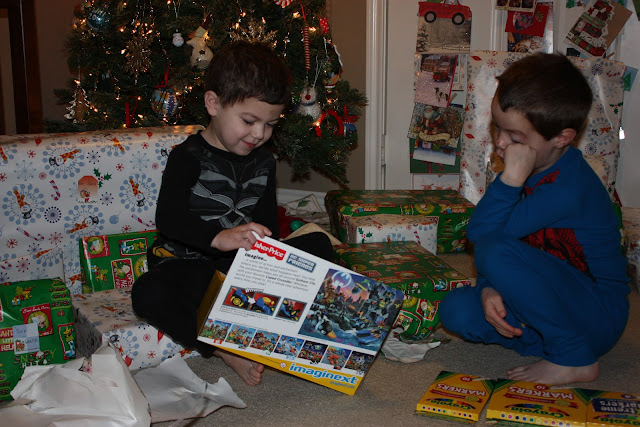 One of the books we read before Christmas was The Sweet Smell of Christmas and in the book the little bear receives a Christmas orange in his stocking.  I used to get an orange in my stocking when I was little and Will and Ben both got one in their stockings.  Will is saying in this photo, "A Christmas orange!" 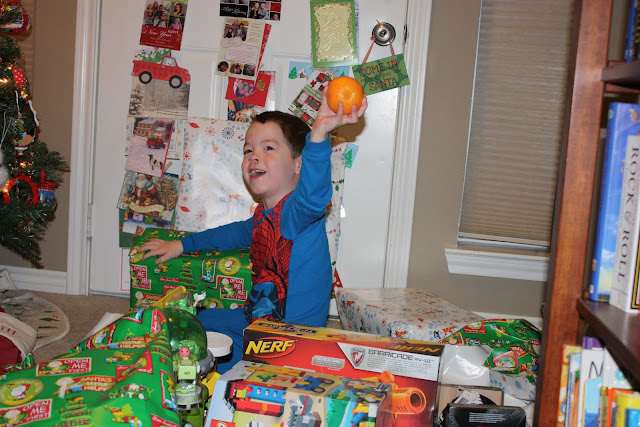 Ben and the Eagle Talon Castle that he asked for! 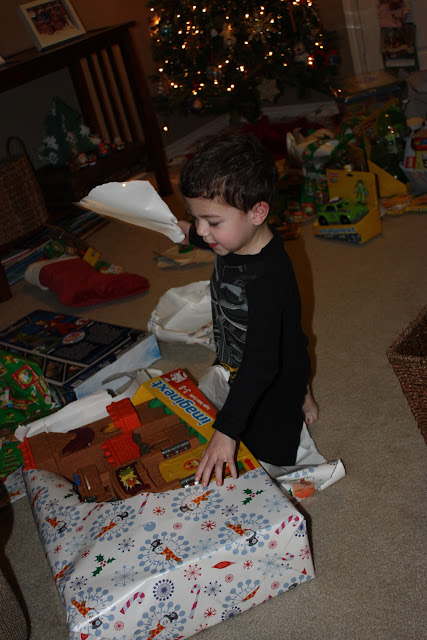 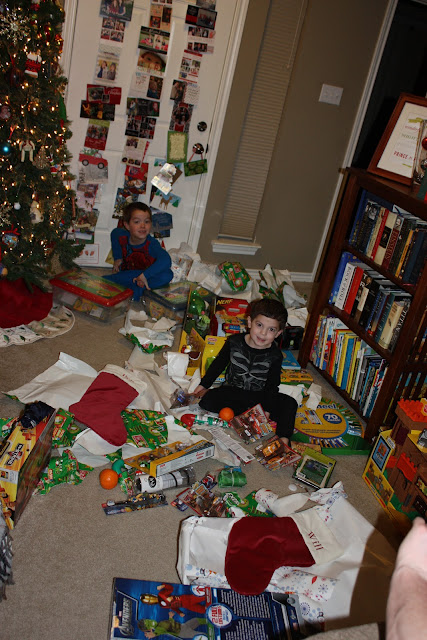 Our family
Christmas 2012
(Please don't judge my Griswold shirt, ha!  I found it at Target and had to get it!) 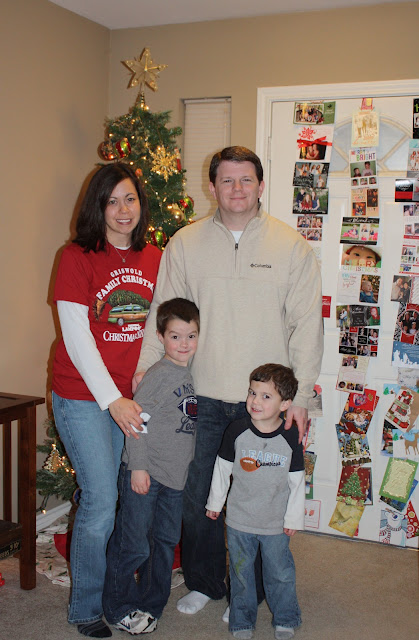