Lately I'm having more and more moments where I say "Did you know he could do that?"

The latest moment was when Will got in the swing yesterday and started swinging back and forth.

I was so surprised.

I looked at Mark and said, "Do you see this?  He's swinging!  Did you know he could do that?"

My second thought was "Hallelujah!" I don't have to push him in the swing anymore.

The next thing I thought was, "Wow!  He's getting big!" 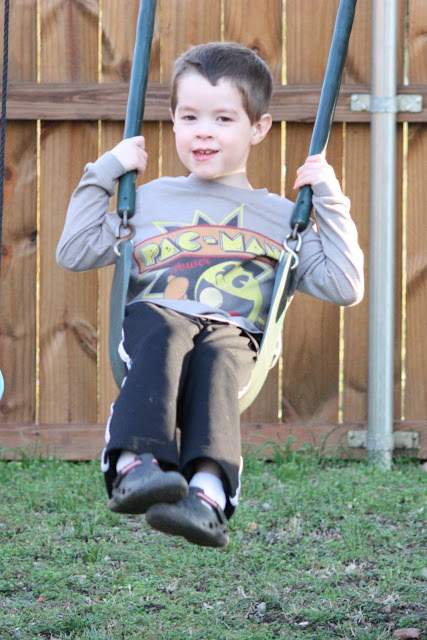 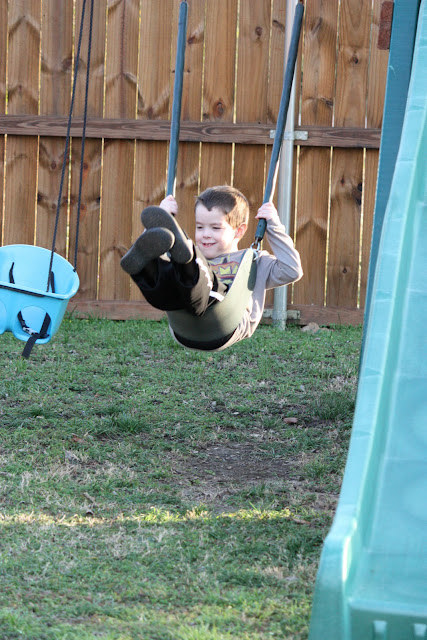 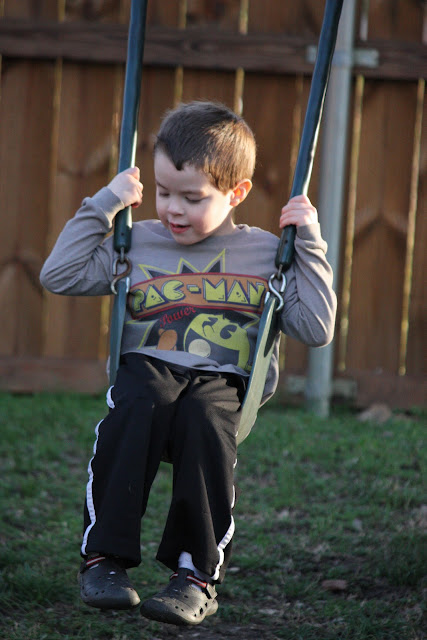 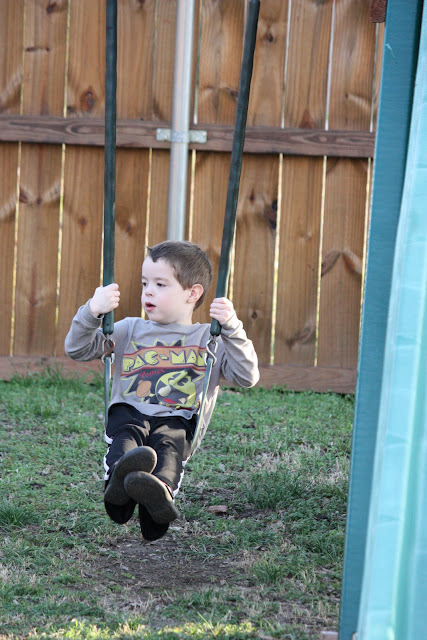 I can't leave out little brother.

Recently Ben's learned to take off and put on his clothes.  I had no idea he could do that.  I noticed that he would be in different clothes and I thought Mark had changed him.  I finally realized he was changing his own clothes a couple of days ago when Ben came into the living room wearing something different.  I knew Mark didn't change him, and I asked Ben if he put his clothes on and he said he did.  He still needs a little help with his pants but he can get his shirts on and off. 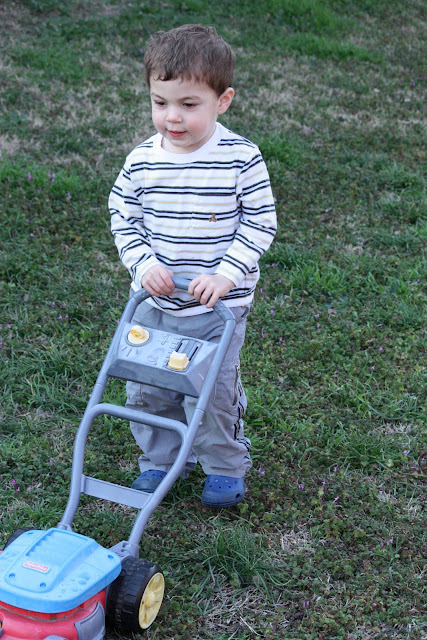 This new found independence is bittersweet.  It's exciting to see Will and Ben grow up but at the same time sad to know it's all happening so fast.  It's so cliche but they don't stay little for long.

Someone cue Taylor Swift's "Never Grow Up" and hand out the tissues, ha!