We started our anniversary weekend off in the most romantic way I could think of...
at Vacation Bible School.  Just kidding!  We really did spend the morning of our anniverary at VBS; maybe not romantic but still fun.  It was the last day of VBS, and we had a great time with the kiddos before we headed to Dallas.

We stayed near an area called The Shops at Legacy.  It's only about an hour from where we live, but we decided to spend the night because we wanted to see a movie and spend Saturday hanging out before we headed home.

We had dinner at Mi Cocina. 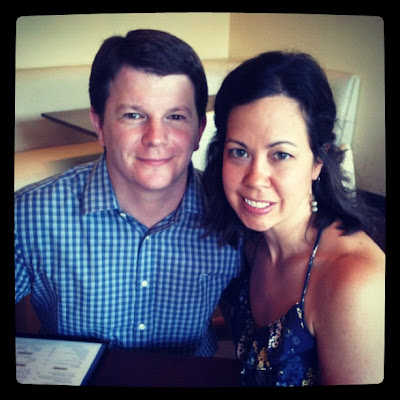 My favorite thing there is Ernie's Chicken.  Mark ate beef fajitas.  Both were really good. 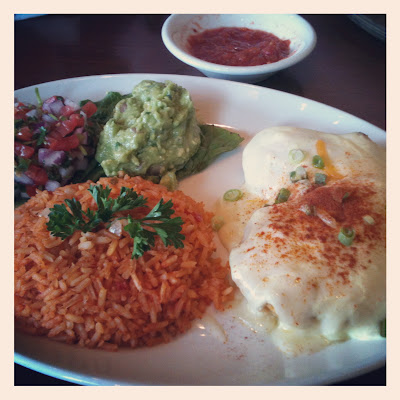 After dinner we went to a movie at the Angelika.  We've always enjoyed indpendent films and don't get to go to the movies as often as we'd like now that we have kids.  It was an extra speical treat to see a movie and a bonus that it was an independent film. 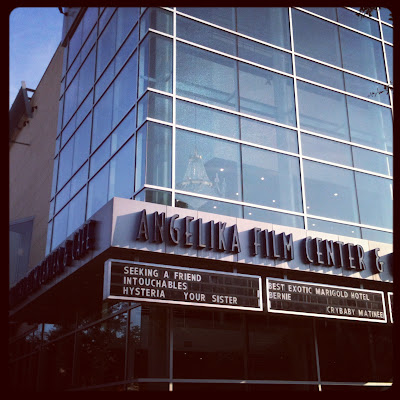 We saw Bernie.  It's based on a murder that happened in small town in East Texas in the 90s.  Basically we felt like they were interviewing townspeople from where we live for the docudrama.  I think it was even funnier because the theater was packed and everyone got the jokes and humor about life in a small town in Texas.  Jack Black was really funny. 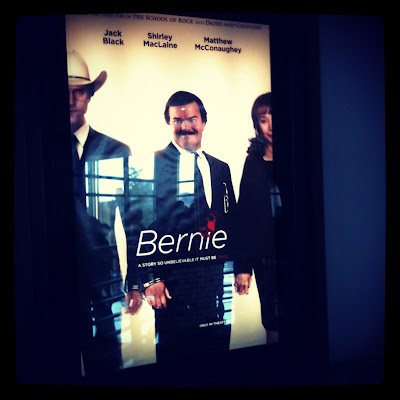 Our date night wasn't over yet.  We stopped by Red Mango for frozen yogurt before we headed back to the hotel. 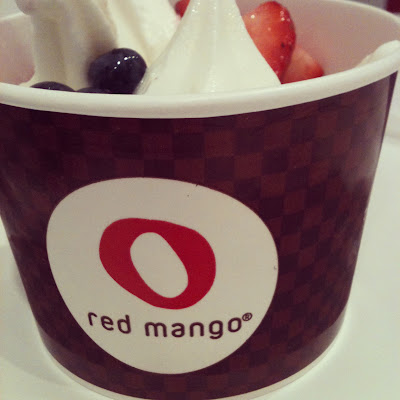 This isn't a cell phone pic.  I asked a random stranger to take our photo so we'd have one to remember our 10th anniversary. 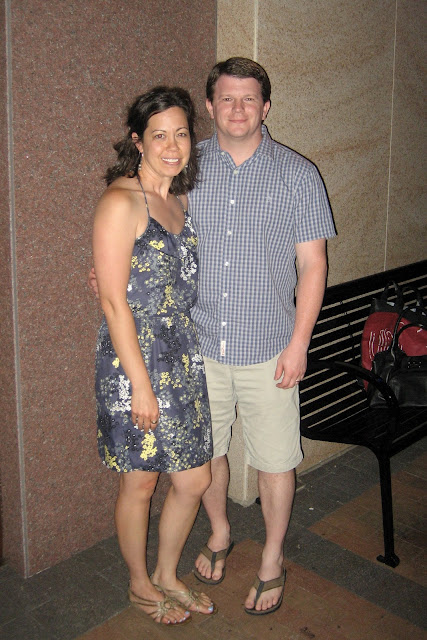 On Saturday we had breakfast at the Main Street Bakery.  I had Banana Nut Crepes with Nutella.  Oh my goodness!  Mark had to help me finish it.  He had french toast that was good, but I think mine was better. 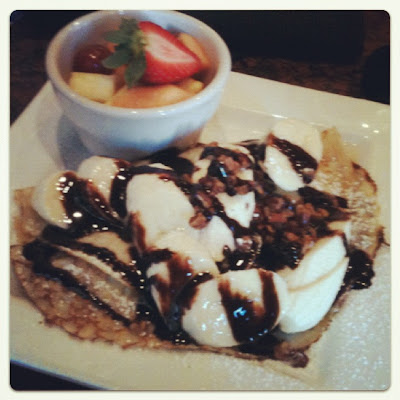