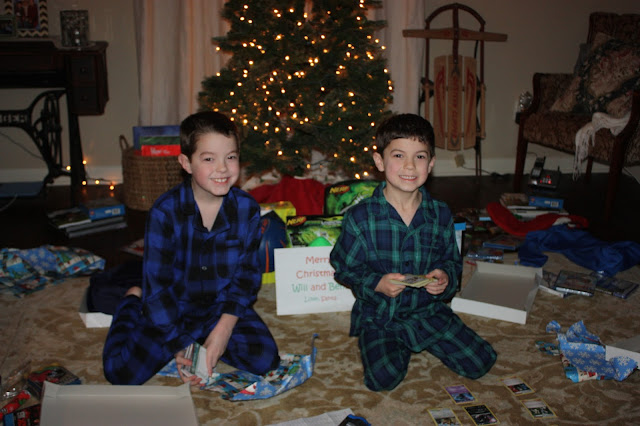 This year the boys received more electronics than in the past.  I guess they are growing up (boo hoo!) and the days of receiving all toys is slowly fading away.

They asked for PS4 games (they saved their money and purchased a PS4 earlier in the year),
baseball cards--for Will, football cards and Pokemon cards--for Ben.
They also got a new Nerf glow football, basketball, and glow basketball goal set, and hoodies, movies, and Santa still brought them each a Disney Pixar Cars car.  Their stockings had candy and flashlight glow sticks and a headlamp, which came in handy for the scary tornado situation that occurred the day after Christmas. 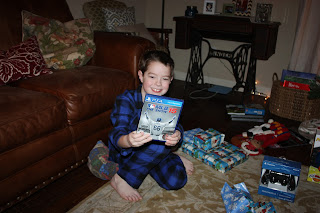 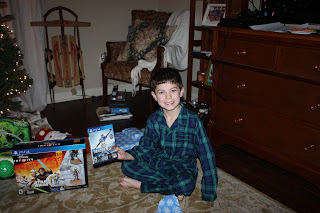 Here are a few pics from Christmas Eve.
The boys exchange books.
Mark and I also gave the boys some books we thought they would enjoy. 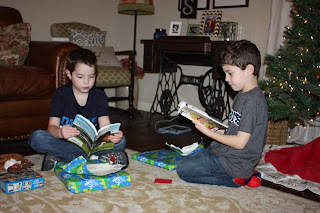 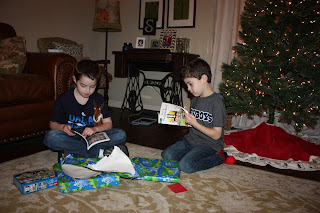 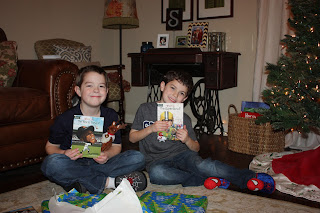 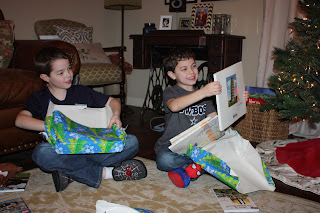 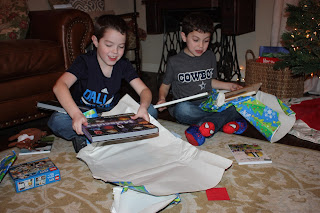 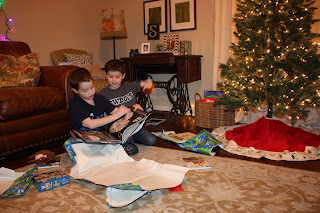 Can't go to bed on Christmas Eve without checking the Santa Tracker. 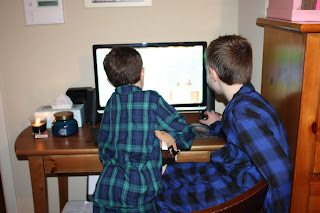