Ben and Will love playing Minecraft so when it was time for Ben to choose the theme of his birthday party he picked that over Ninjago, Ninja Turtles, Superheroes, Despicable Me Minions, Planes, and surprisingly even Lego.  Thank goodness for Pinterest!  I found all of the ideas for his party there.

Here's Ben with the table of Minecraft food. 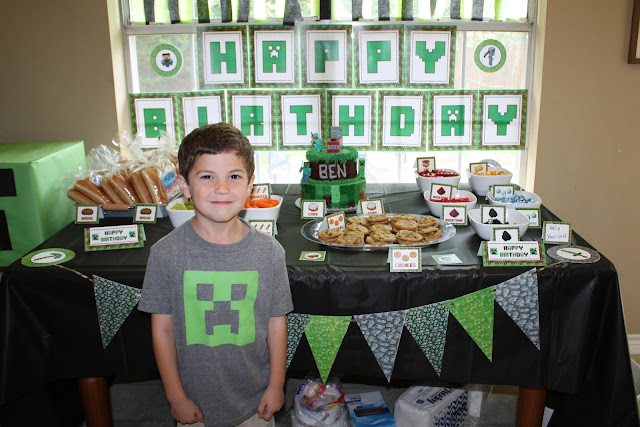 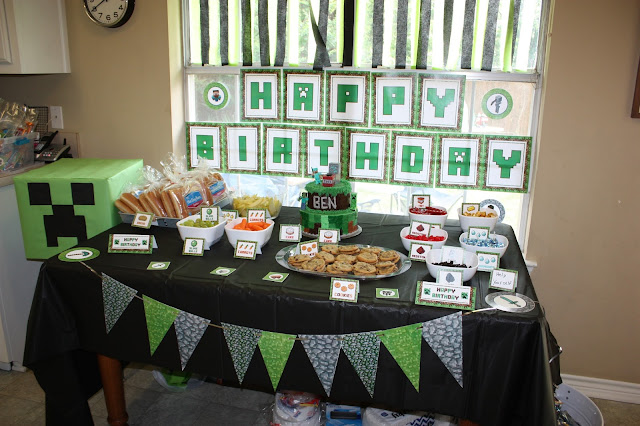 This is my go-to for parties with little ones.  I get out the picnic blankets and the kids have a place to eat and it doesn't matter if something gets spilled. 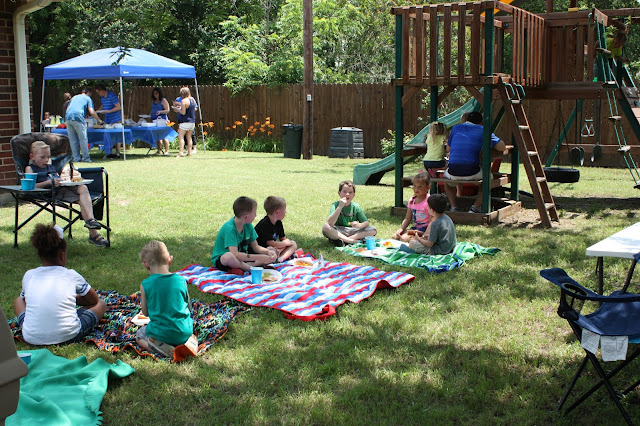 The adults were mostly in the other area of our yard in the shade.
The food was all under the blue canopy in the middle of the yard. 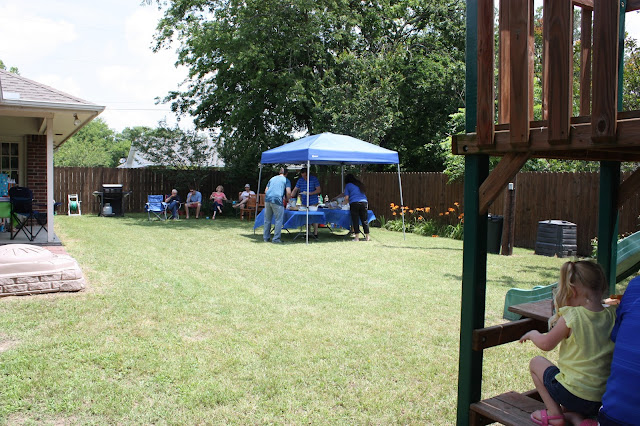 Such a sweet group of kids!  They made Ben's party fun! 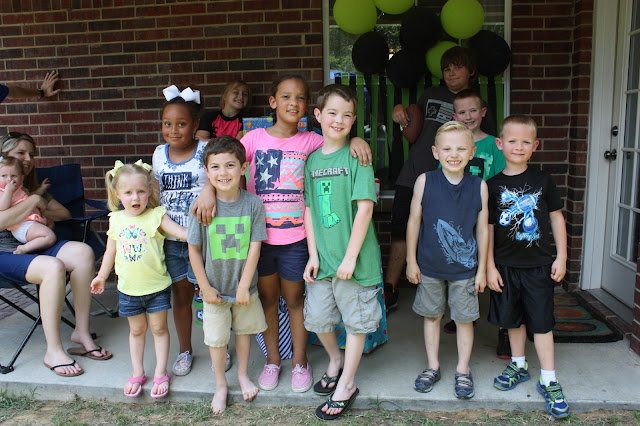 I love the serious look discussing this Minecraft Lego set.  Ben had been wanting one and he got some great sets and was so happy! 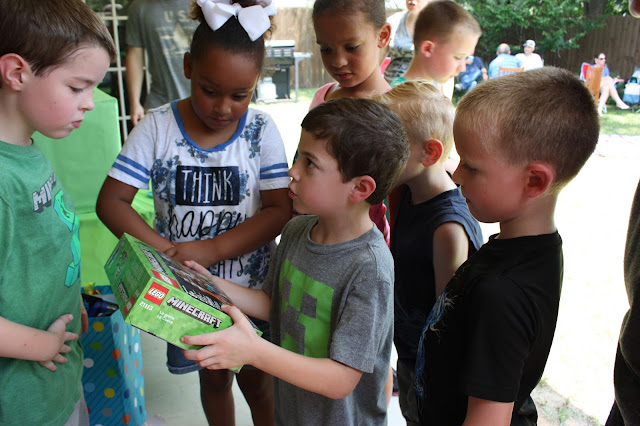 Ben would not put his new Ninjago book down.  Ashley did a good job picking this one out for him.  Notice it in all of the following photos. 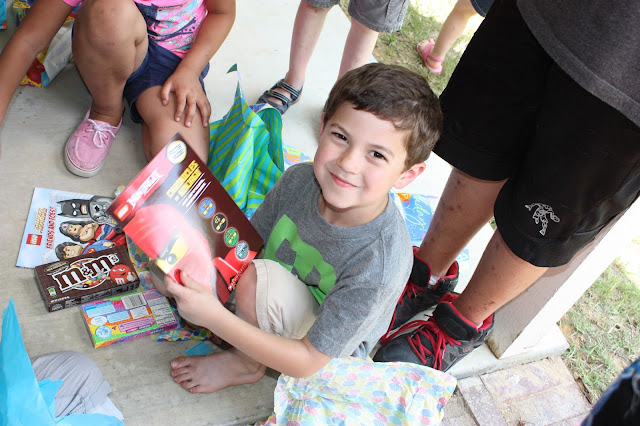 Will wanted in the photos, too.  Ben is still holding his book! 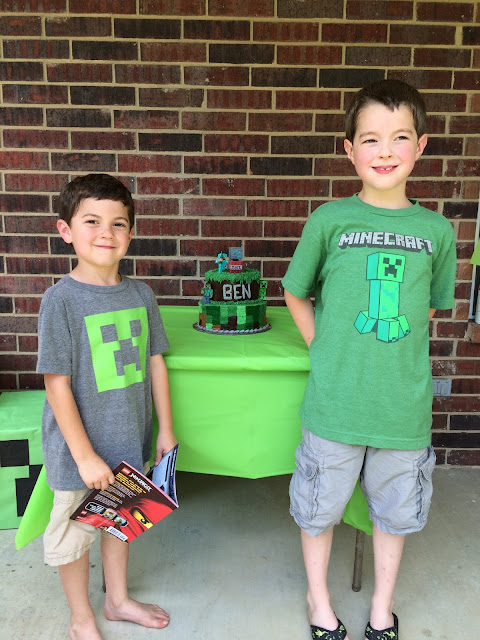 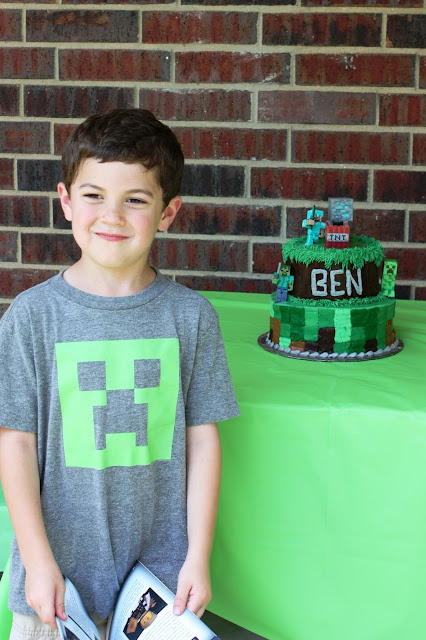 My friend Brandi always makes the most amazing cakes for the boys.  She's made almost all of their birthday cakes and they have all been incredible.  They also taste delicious.  We bought the Minecraft characters in the toy section at Target and she decorated it based on that. Ben was adamant that the Minecraft Steve we bought was the one with diamond armor, therefore we have a Diamond Armor Steve on top of the cake.  Let me confess that the last sentence I just typed does not make sense to me at all, but it wasn't my party so I didn't have to understand it.  Also, all of the blocks on top represent something but I didn't pay enough attention to know the difference.  I may not have known what they all were but I think every single kid at the party did. 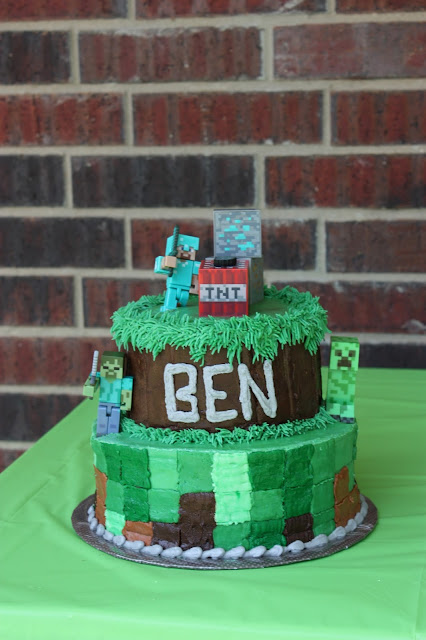 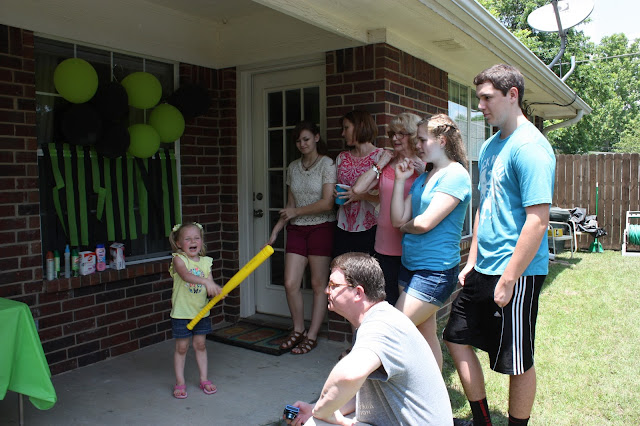 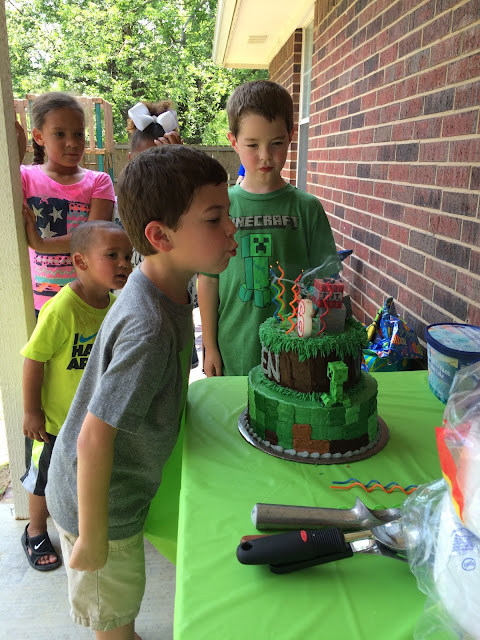 I think he was surprised he blew out all of the candles in one breath. 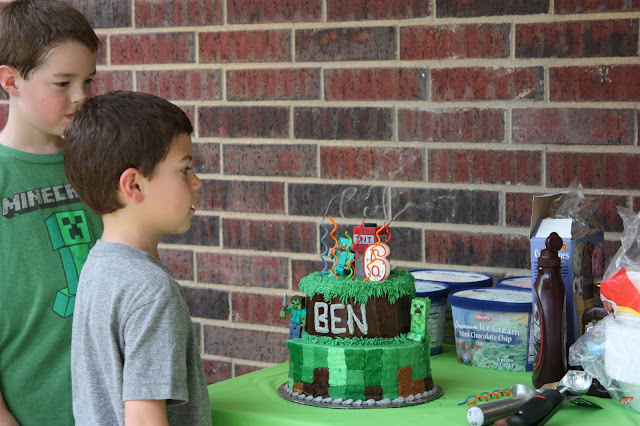 The next two photos go together.  I had stepped inside and my friend Jourdan was helping me out by taking photos.  She told me she got some photos of Ben eating the candle wax, and I wasn't sure what she meant until I loaded the photos on the computer and then I knew what she was talking about when I saw his face.  LOL!

I think in this photo everyone knows what he's about to do and they know it's probably not going to be good to eat the wax. 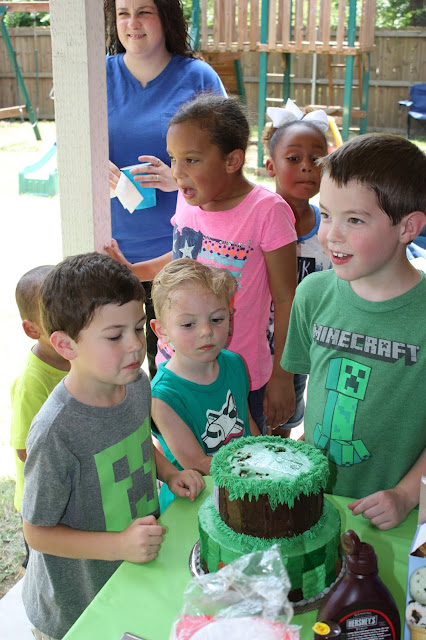 This photo cracks me up!  I love how everyone else is laughing and Ben has that look of surprise and disgust on his face.  I guess candle wax doesn't taste so good after all.  Ha!!! 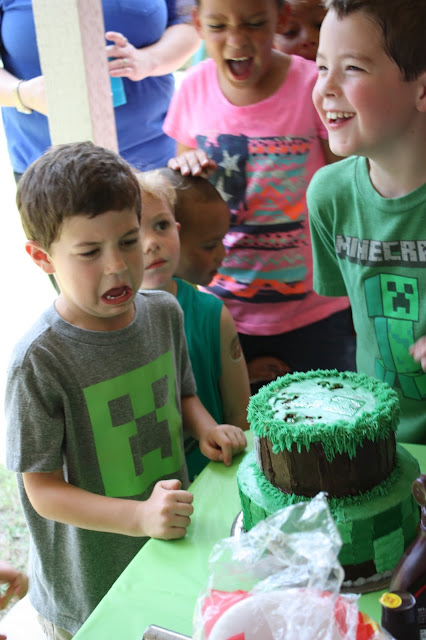 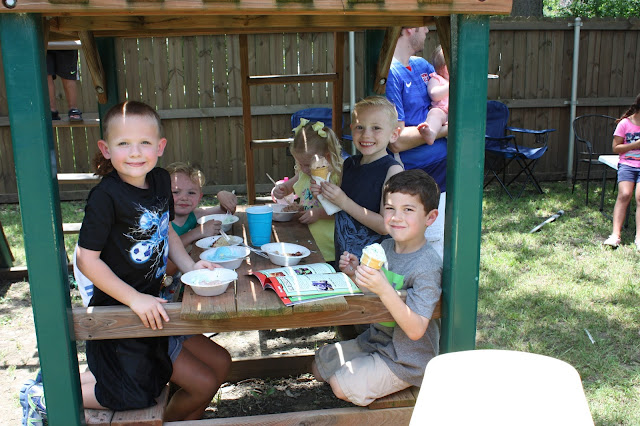 Thanks to Printabelle for the free Minecraft party decorations!