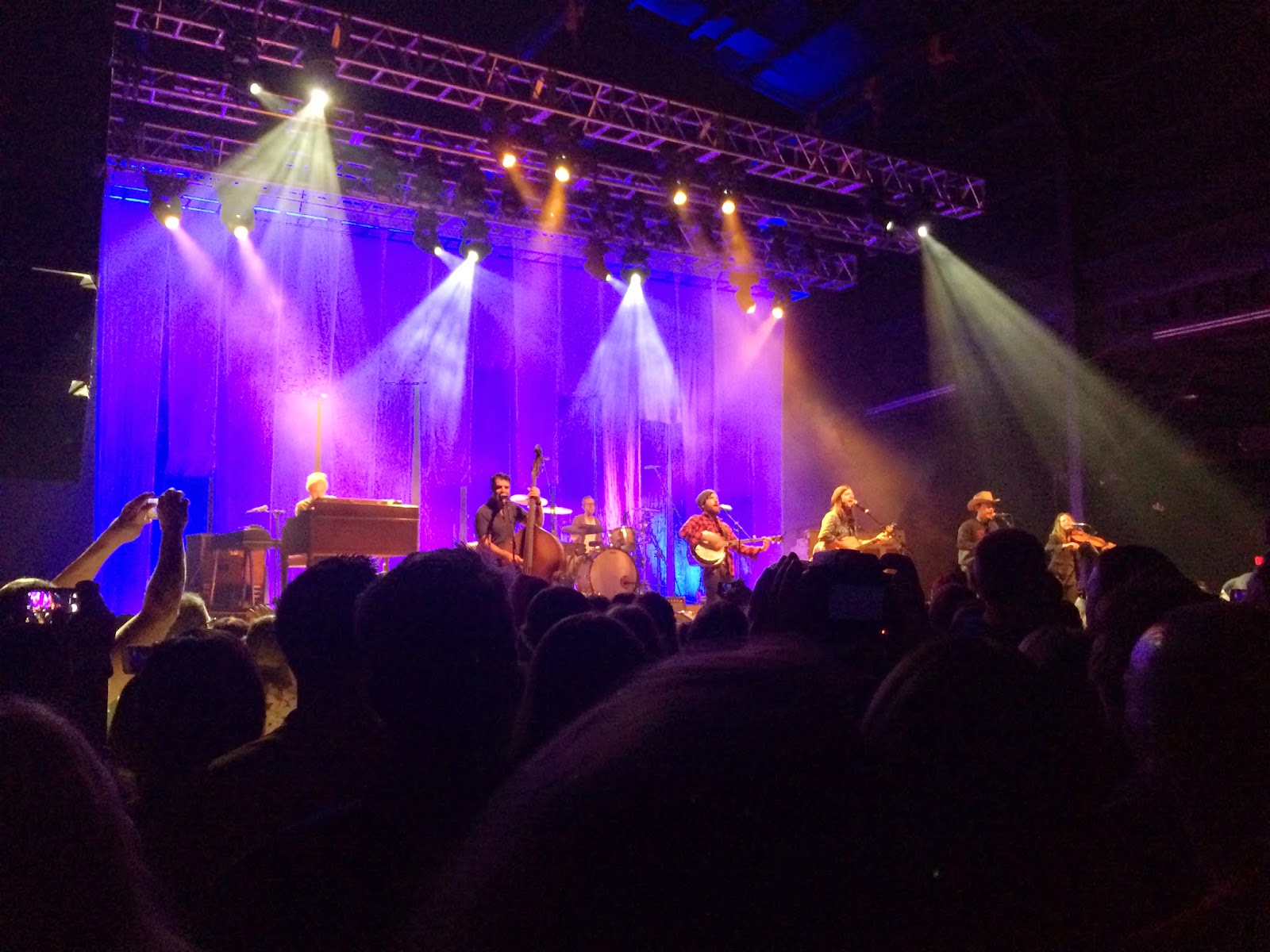 Friday night we saw our favorite band, The Avett Brothers.  This was our second time to see them perform at the South Side Ballroom in Dallas.  We had unusually cold weather last week and it was sketchy if the weather was going to allow us to get to the show.  Winter weather--snow and ice--arrived on Friday as we were getting ready to make our way to Dallas.  We're really big fans because there aren't many bands I'd risk getting out in snow and ice to see.  We made the decision to go despite the conditions.  After all was said and done, I'm so glad we did!
The Avett Brothers were phenomenal! 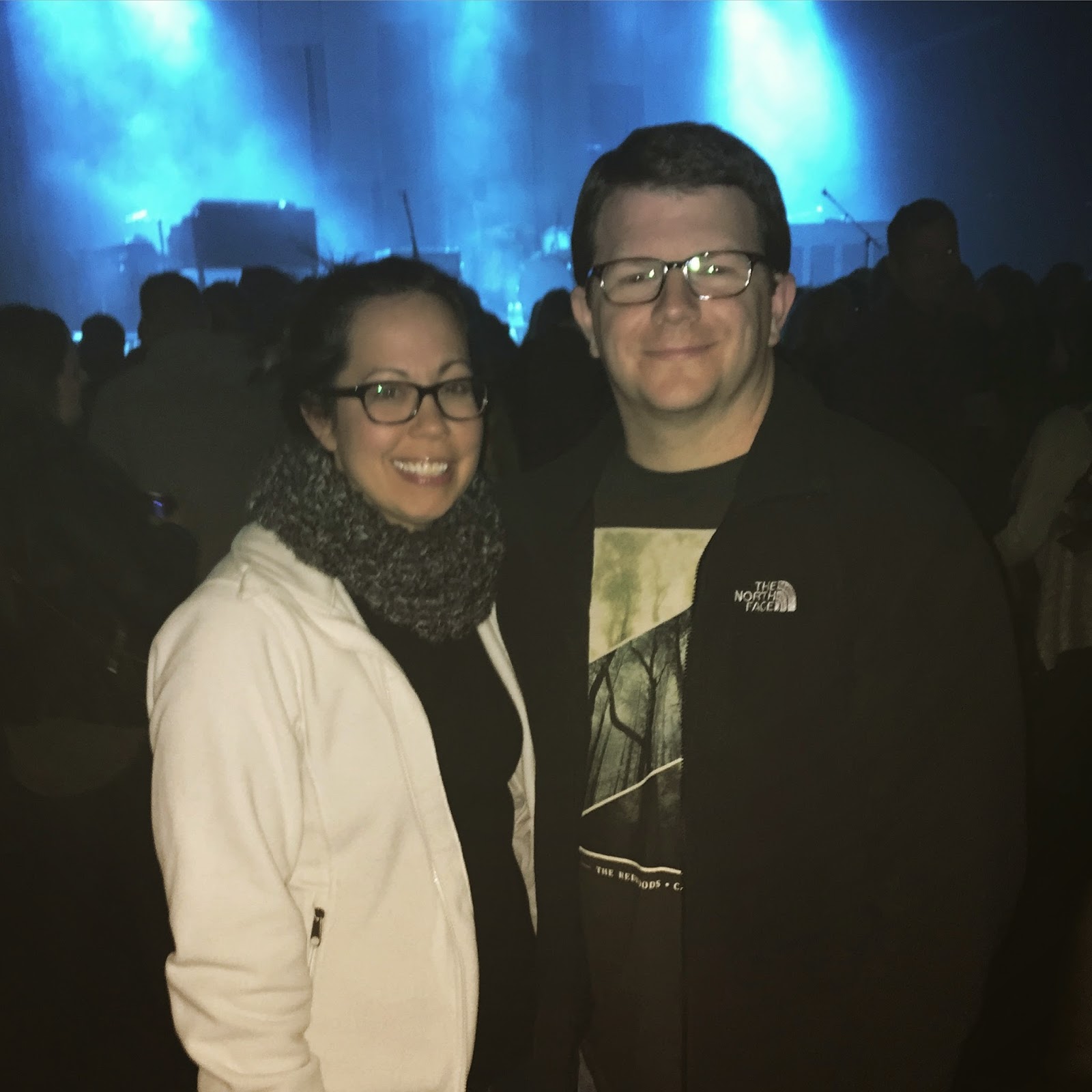 You never know what they are going to play--a lot of our favorites, a new song, some classic covers, and even a gospel hymn.  Bob Crawford and Joe Kwon were just as fun to watch as Scott and Seth Avett.  All the people in the band were incredibly talented and entertaining. 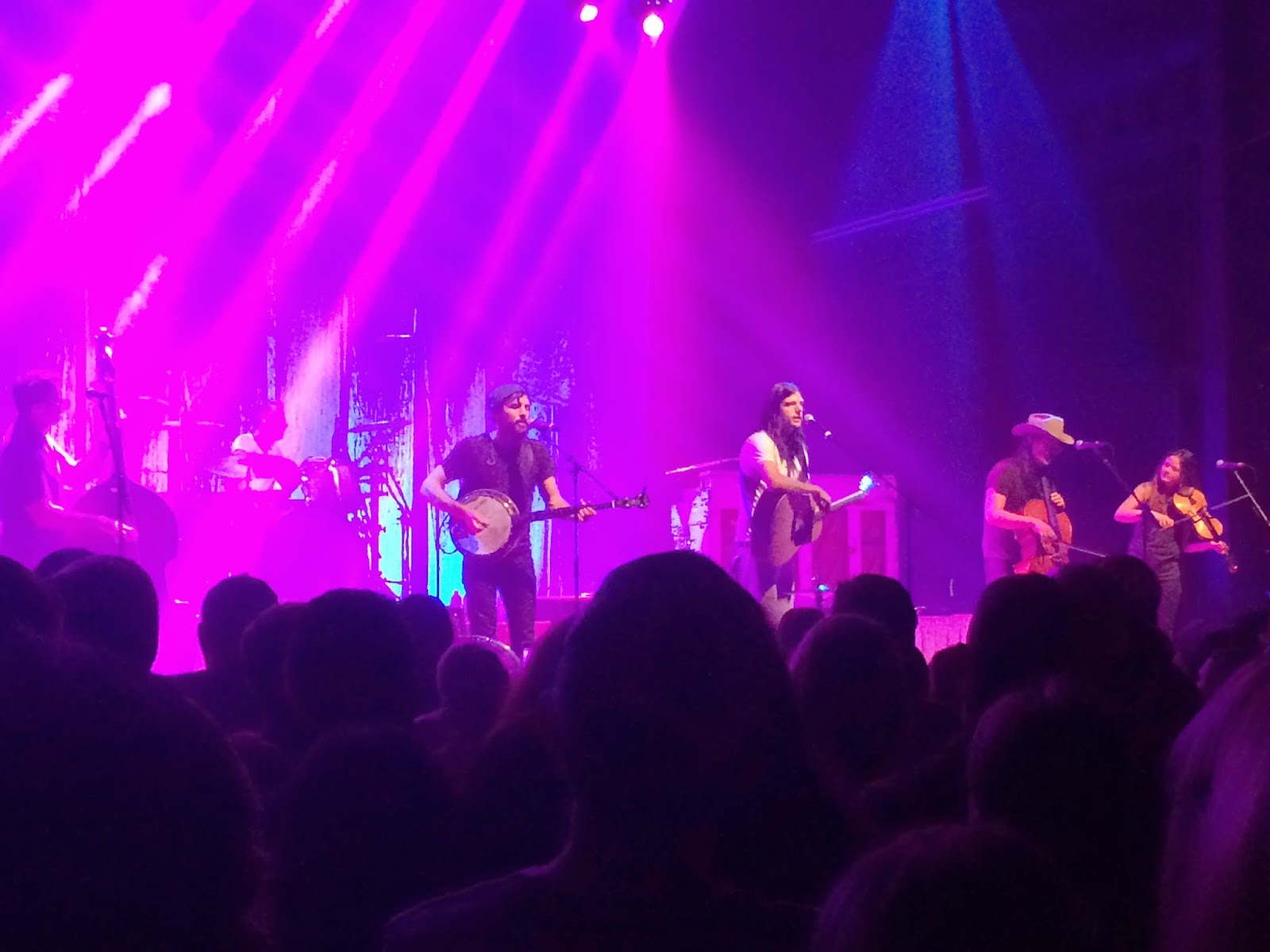 We weren't front row, but we we had a good view for most of the show.  There were a few obnoxious fans but luckily they moved away quickly and everyone else around us enjoyed the show like us (not swaying and dancing annoyingly, ha!). 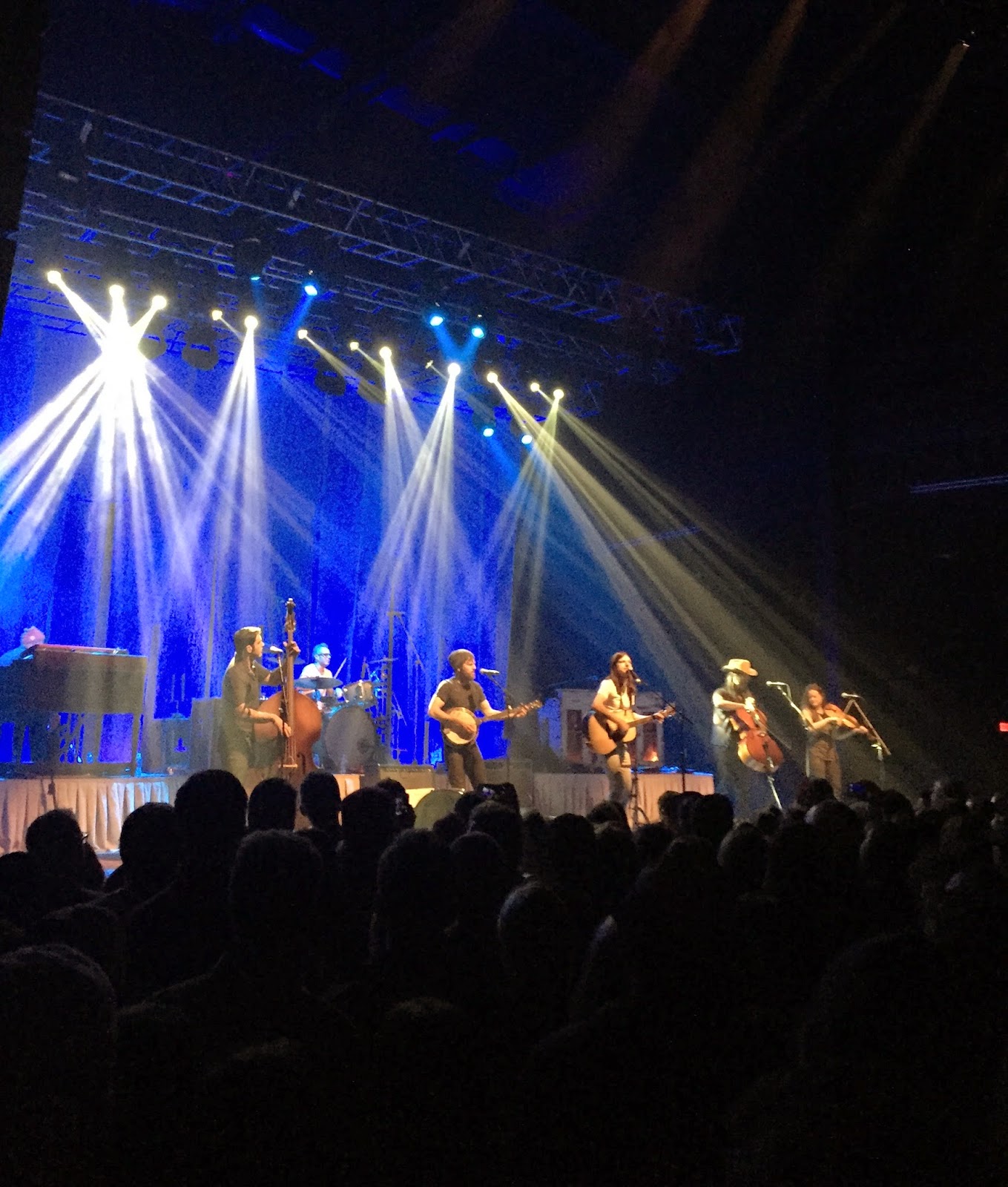 We went with Mark's brother and his wife.  They are big Avett fans, too.  The photo has some funky light streaks, but I thought it was cool.  I'm glad we have a group photo from a really happy night (despite the treacherous weather--thank goodness for Craig's all-wheel drive Subaru!).  This was taken by the stage after the show was over. 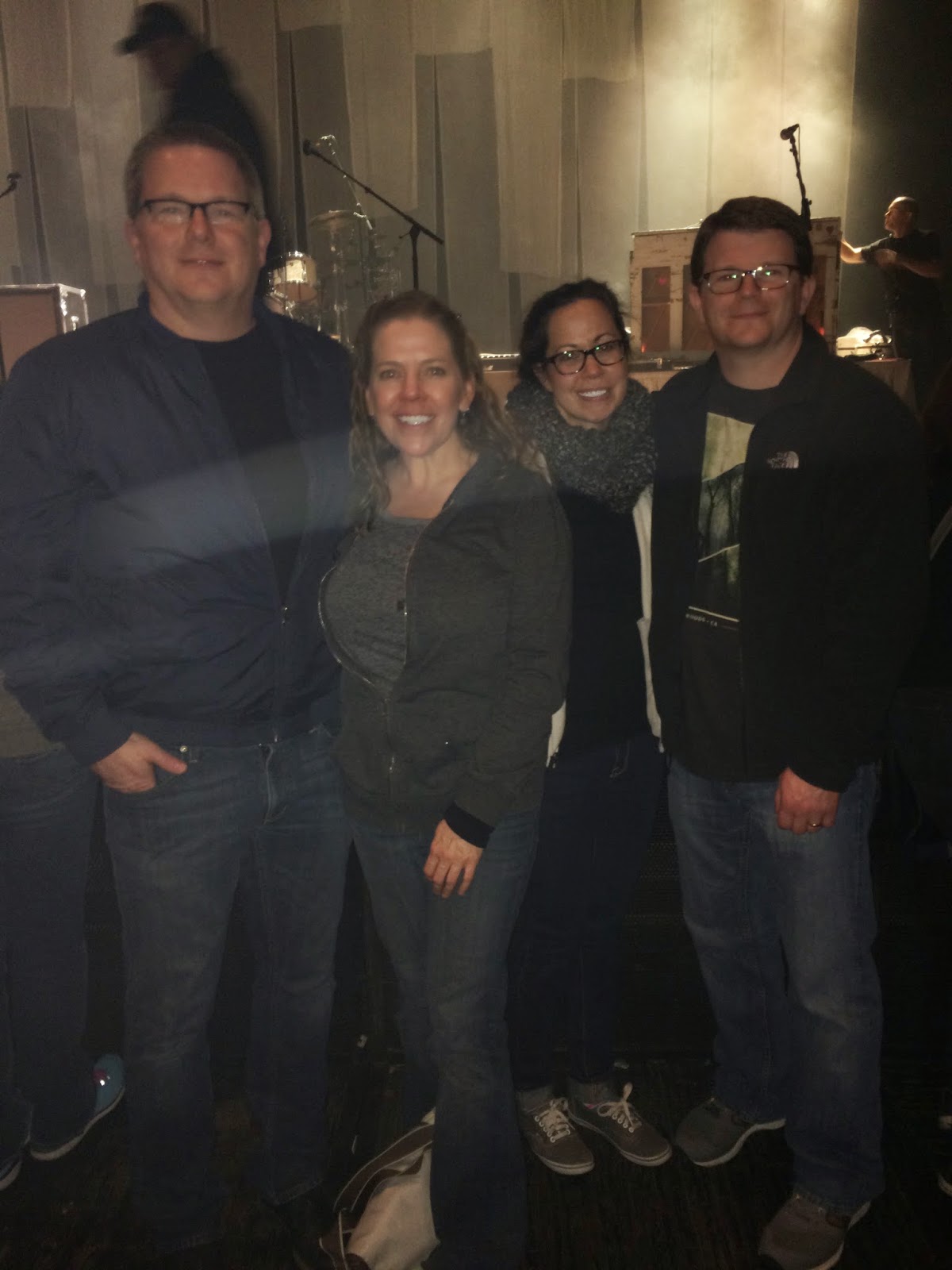 The only thing I think of when I see this is photo is...
Brrrr!!!  It was so cold!
The ground was icy and it was well below freezing.  I quickly took this of the marquee as we were making our way back to the car. 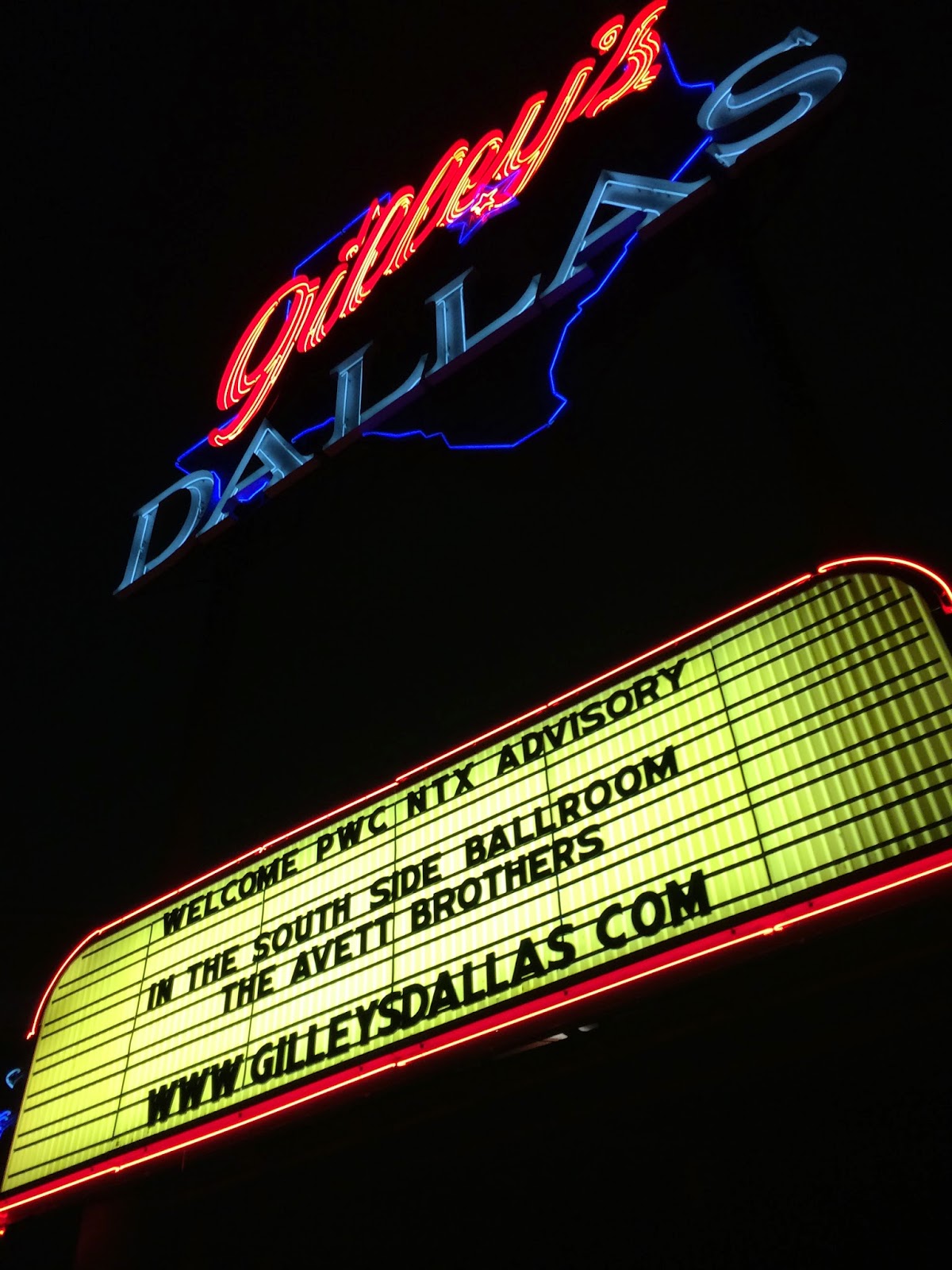 After the concert I like to go home and make a playlist of all the songs from the concert.  I listen to it over and over while I'm cleaning house or cooking dinner (or now while I'm writing this).  I found this online and also I saw a copy that someone shared on Instagram of the setlist from the band that was thrown into the crowd after the show.

Encore:
"Murder in the City"
"Love Like the Movies"
"Thank God I'm a Country Boy" (John Denver cover)
"I And Love And You"

One more photo from a that night.  Before the concert we ate at Cane Rosso in Deep Ellum.
Excellent pizza + good company = a great time! 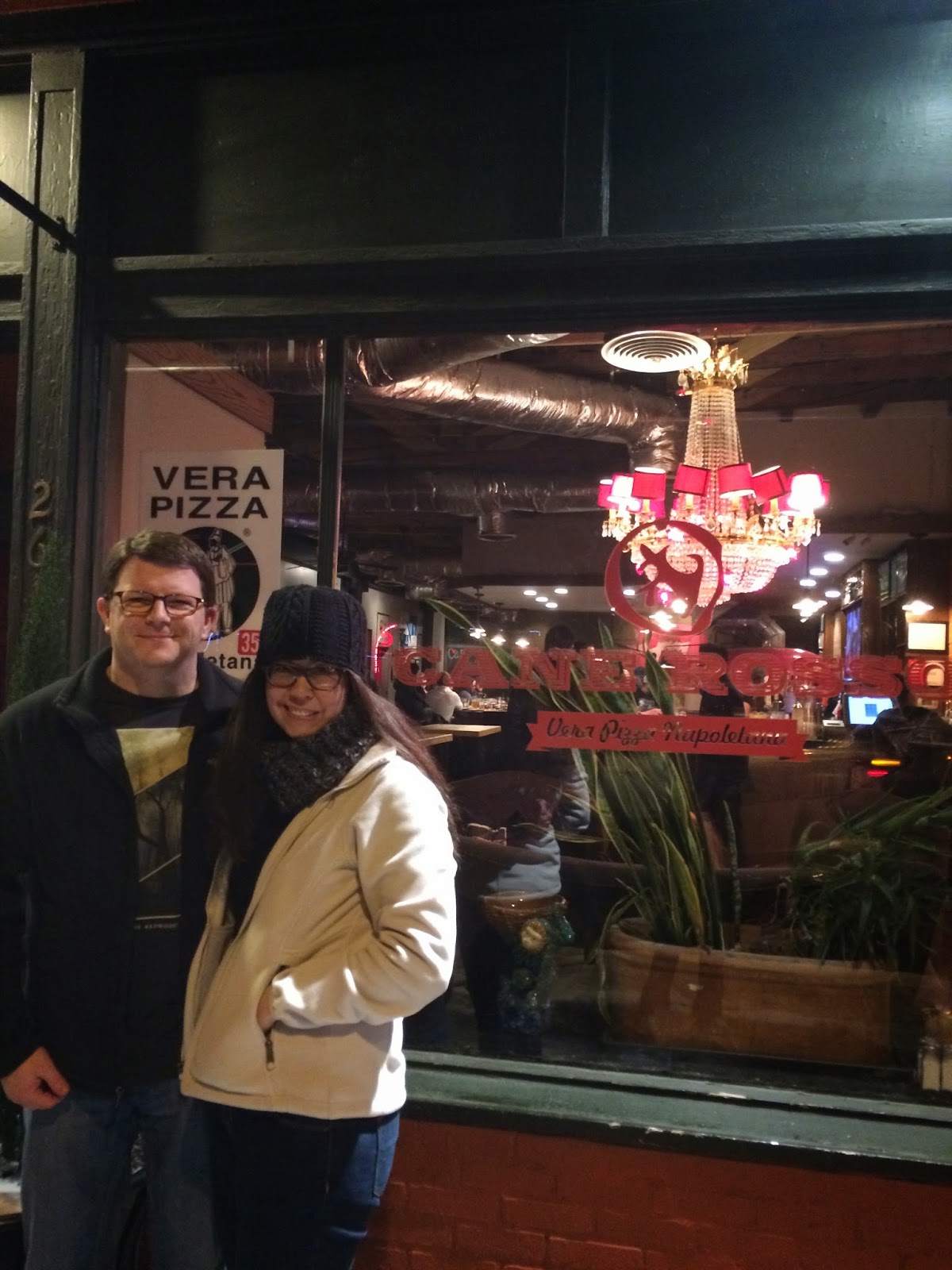 Mark and I don't do presents for each other so this weekend trip and concert was our Valentine's gift to each other. I'll take a lifetime of experiences shared together over a material gift any day.
Posted by Michele at 7:12 PM