This week it's spring break, but 5 days ago we were out of school for a snow day.  It's hard to believe we had a snow day in March in Texas, but we did.

My thoughts on the snow...
It's beautiful.
It's a big deal because we live in Texas.
I only like it for about 2 hours and then I'm over it.
Playing outside in it sure does leave a pile of wet, messy clothes.
It makes for some special memories.

Here are some photos of the fun.

This a snowball fight show down.  If you can look closely, you can see the cutest expressions on their faces. 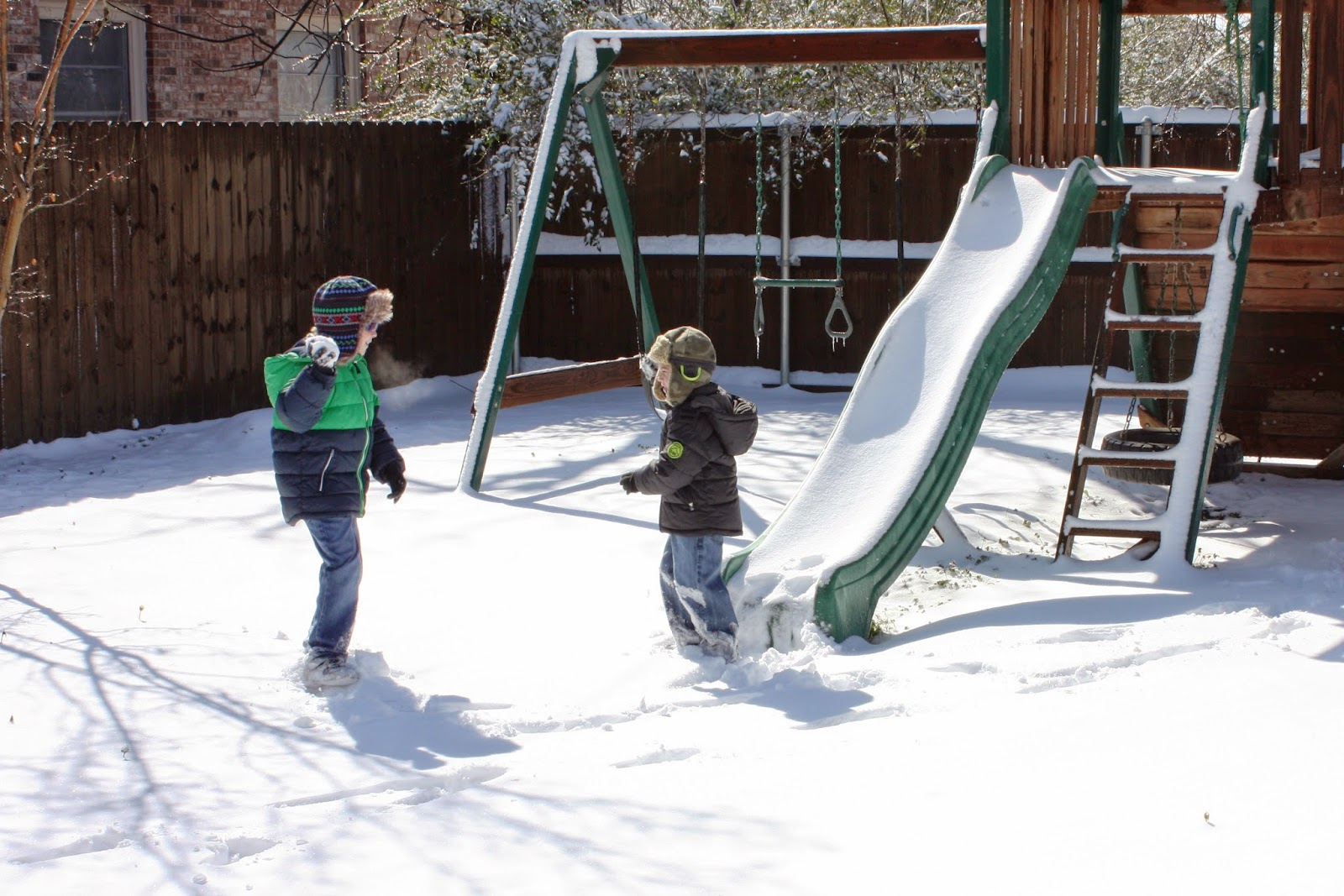 Ben got the first throw in... 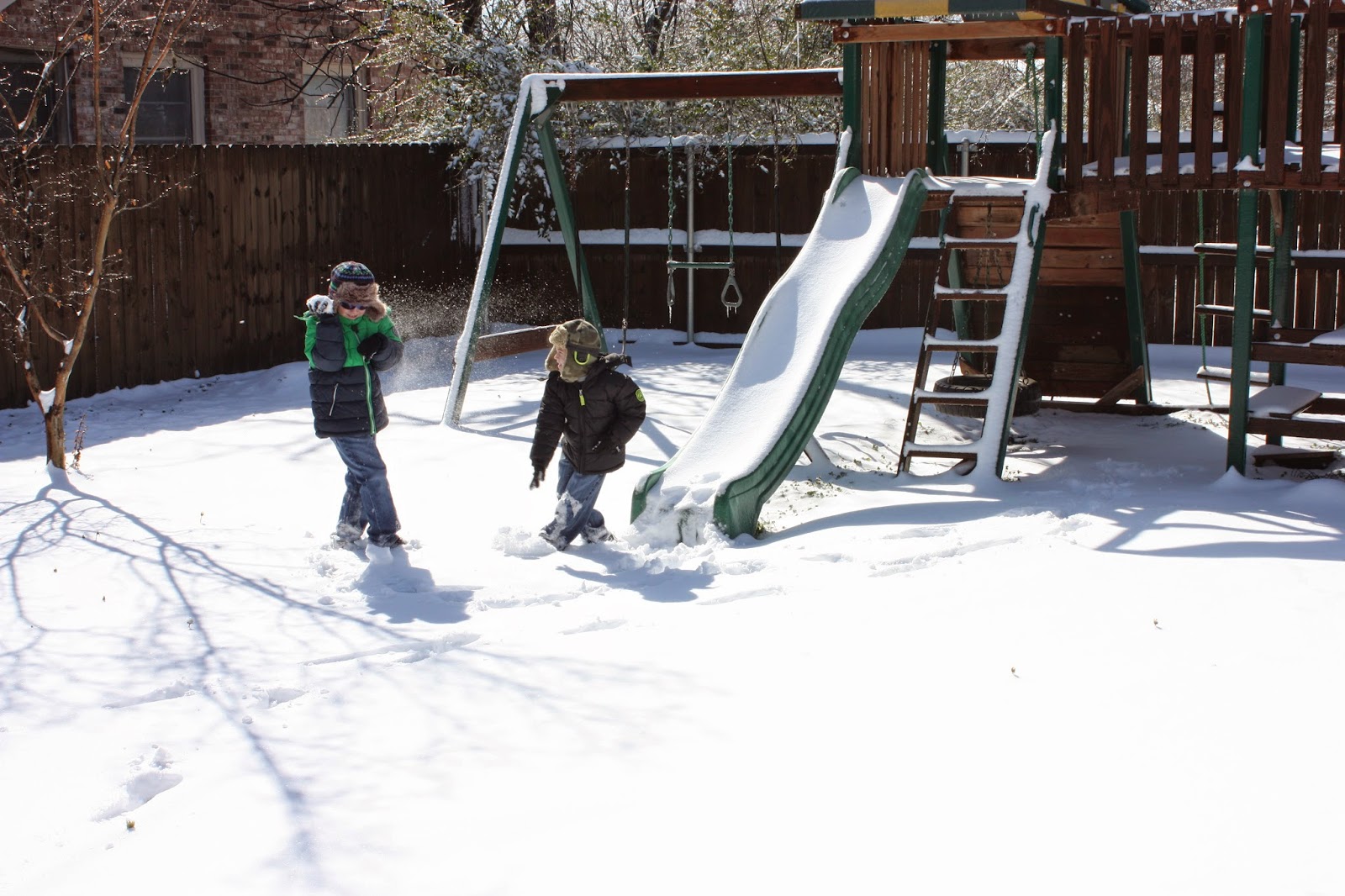 but Will fired back with a snowball of his own. 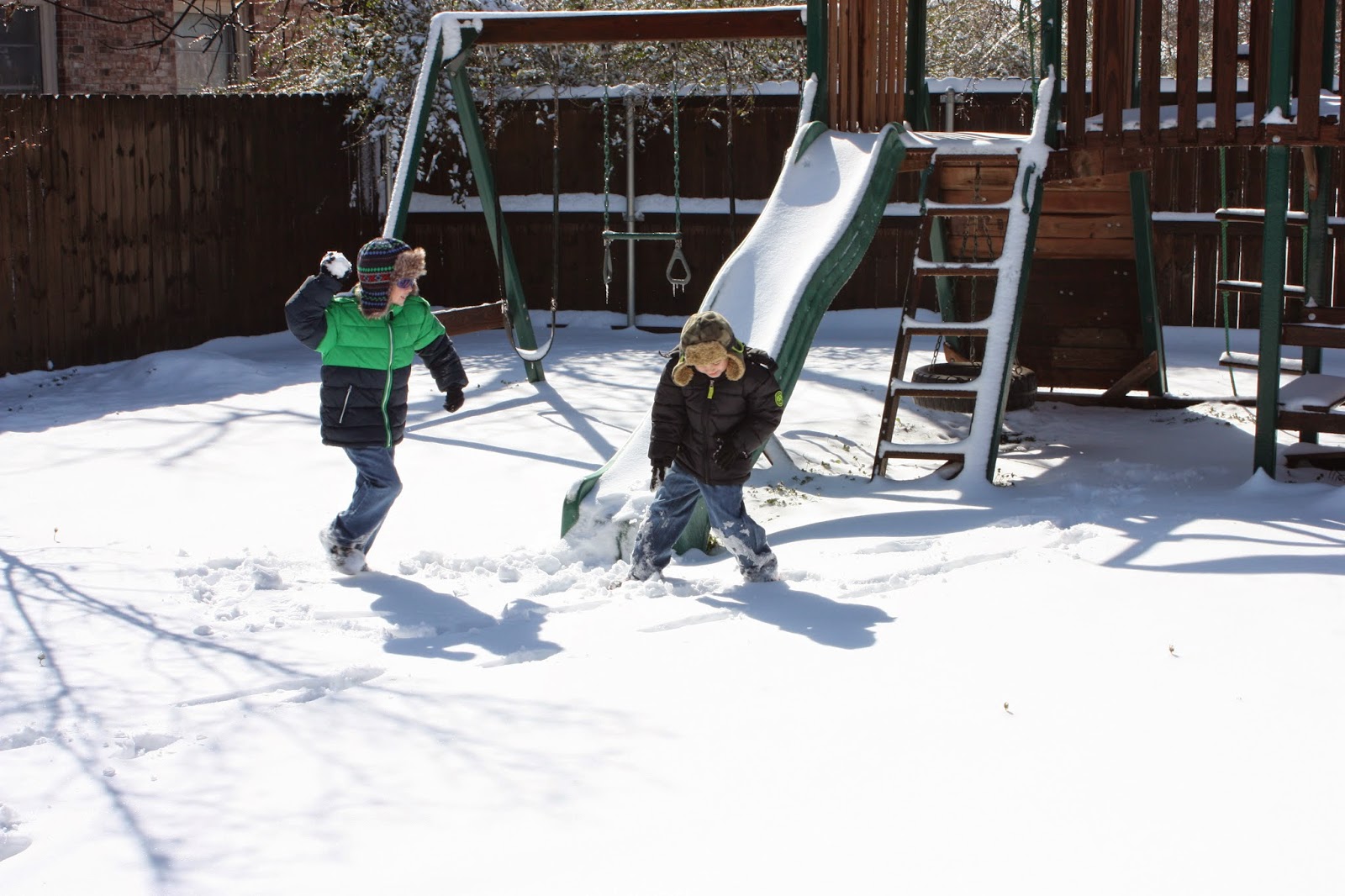 Ben all covered in snow from his head to his toes. 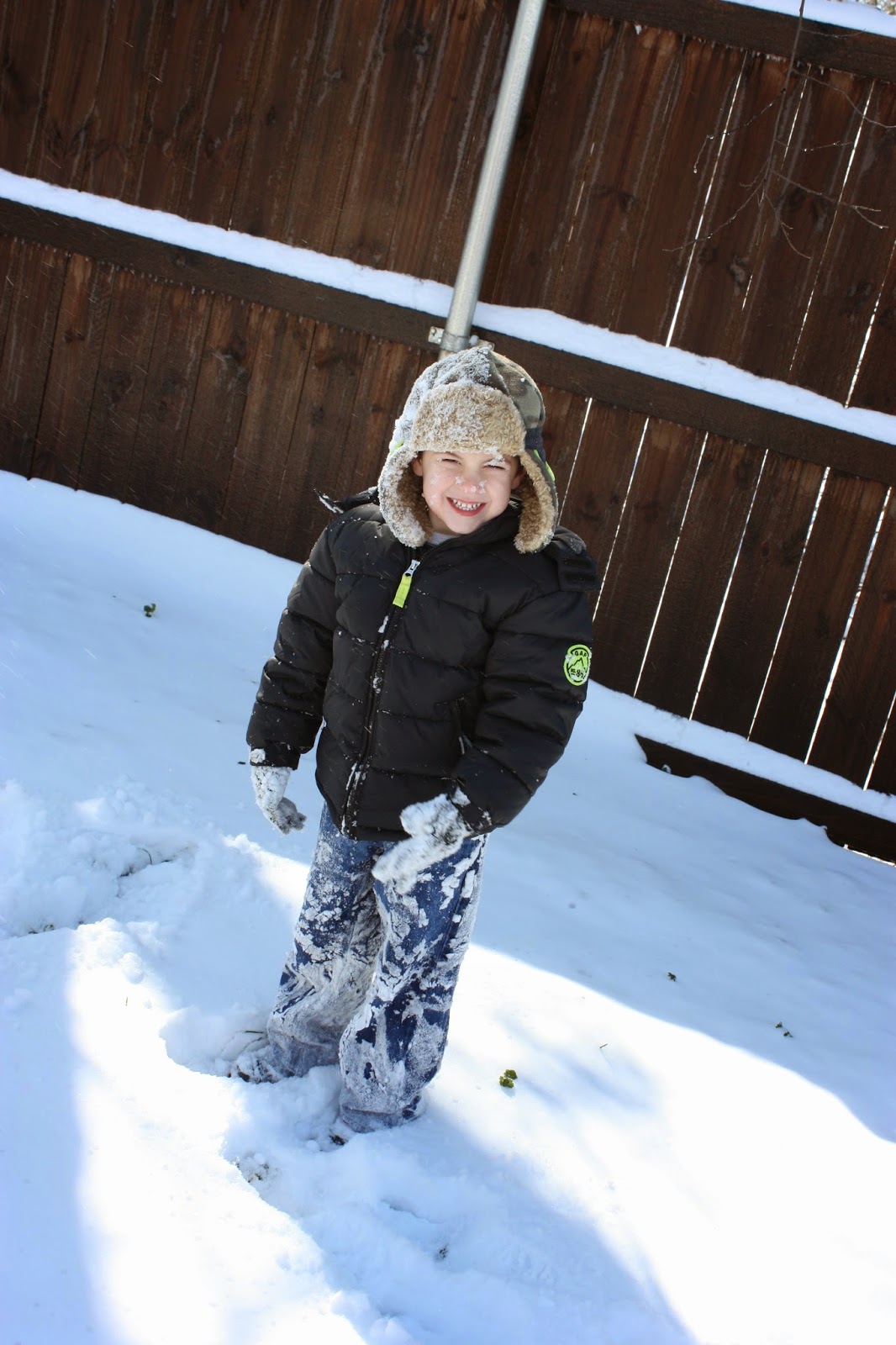 Will on top of the fort.
It was a beautiful, sunny day.  We had to play in the morning because by afternoon it had begun to melt. 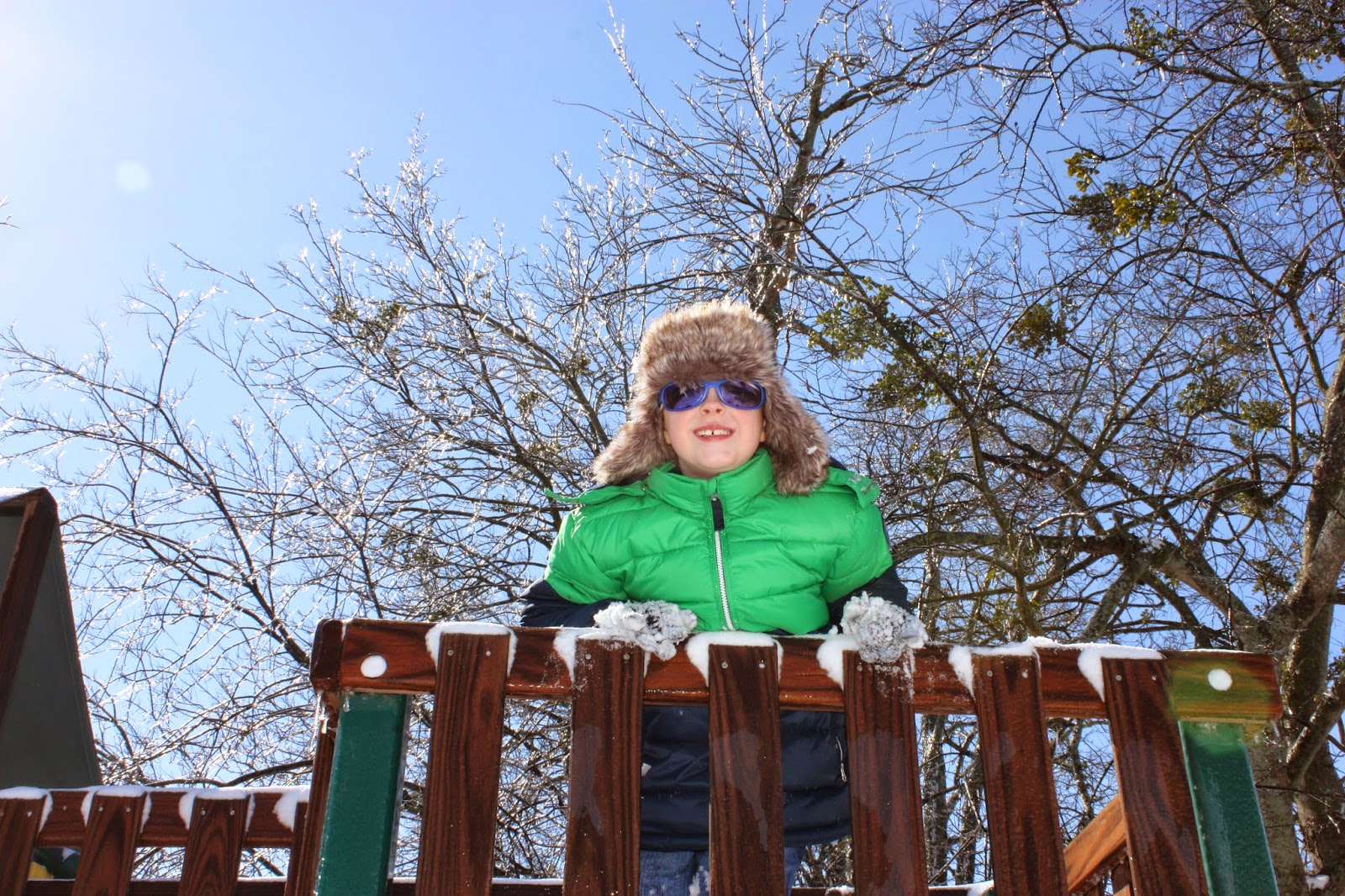 Mark tried to pack the snow for a big snowball but it was still too powdery. 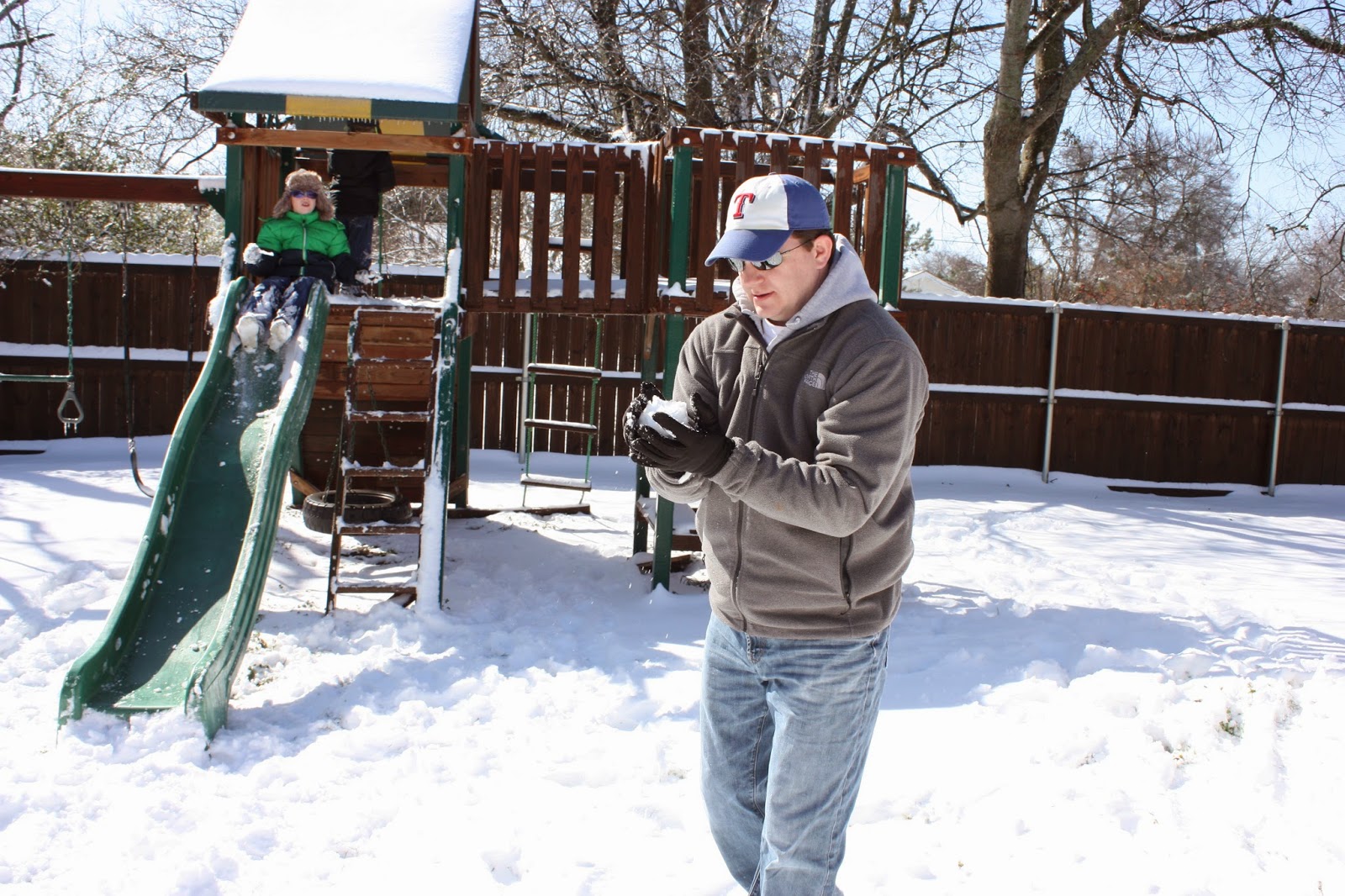 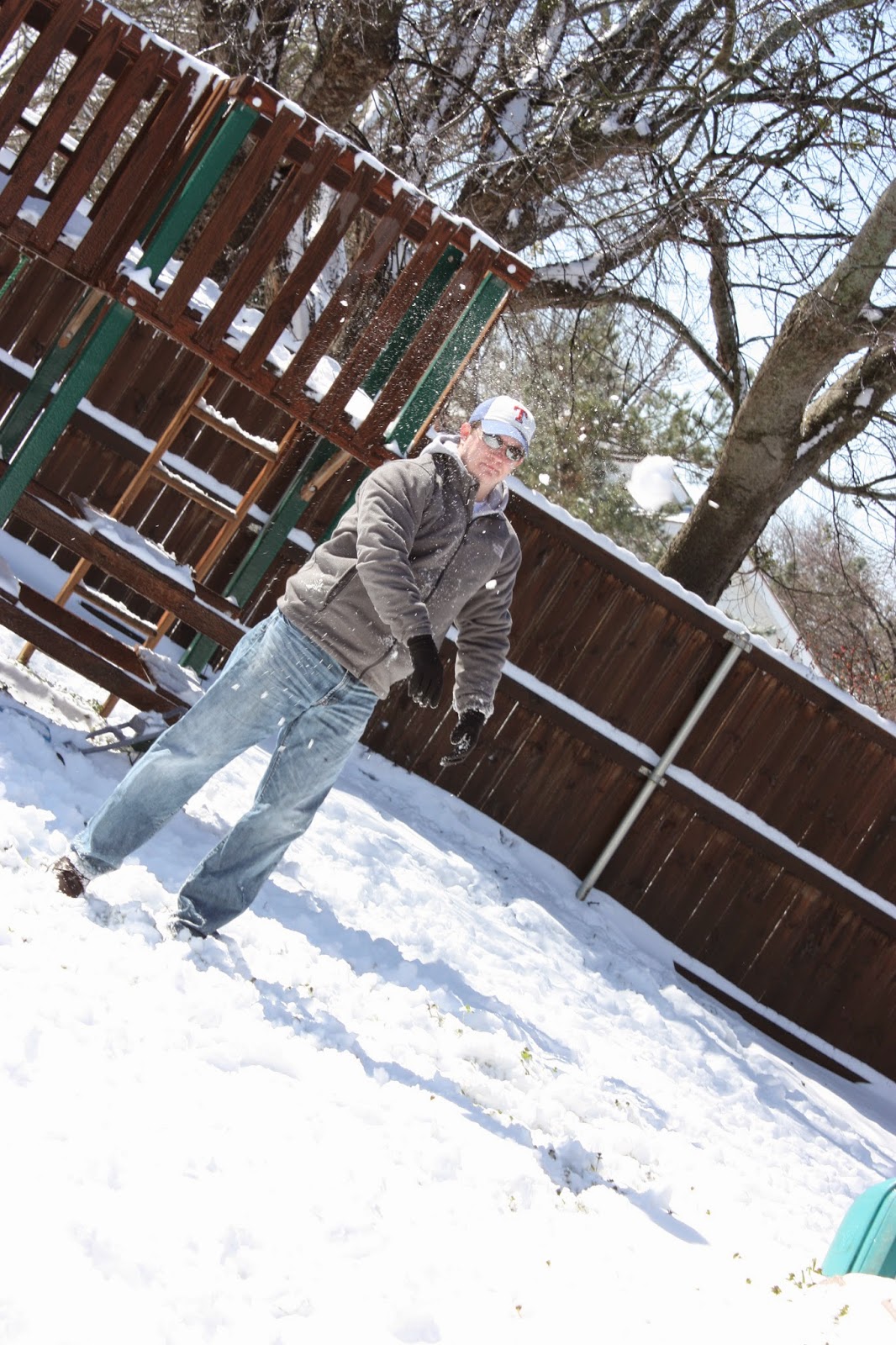 I took this family photo with the timer on my phone.
All of the photos above were taken with my DSLR.
I have a really funny set of photos (you know how an iPhone does a burst of 10) where I'd set the timer to 3 seconds instead of 10 seconds.  I'll spare you the photos that were taken on 3 seconds because they are only of my backside running to get into place, ha! 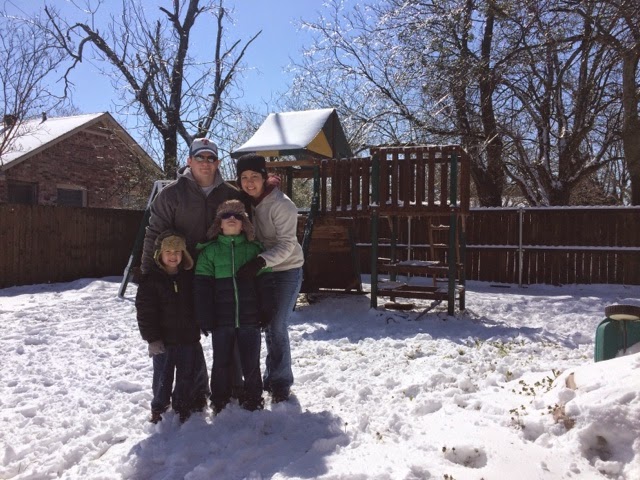 The boys are always amazed by the huge icicles on the playset.  They were so busy playing that I could barely get them to slow down for a photo. 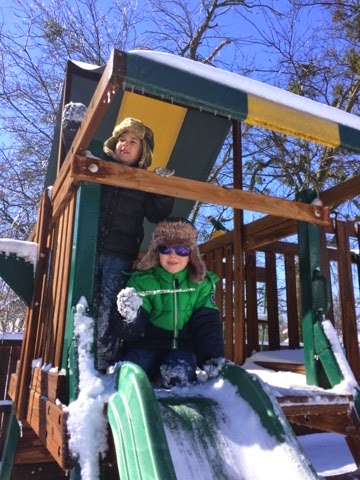 What a landing!
I shared the last 3 photos on facebook.  If you are friends with me or have followed the blog this fall, then you know about Will's tooth getting knocked out in this exact spot at the bottom of the slide.  Believe me, I thought it about it when they were playing here.  I just reminded them to be careful, but I didn't say anything about the tooth.  I don't think Will ever thought about it, and I'm glad.  I want him to be careful but still have fun.  You can tell by the photos that they did!  I had a great time because no one got hurt. 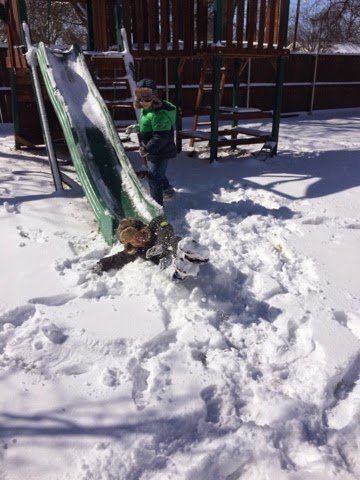 What a fun morning!

Now it's spring break and the sun is out and we plan to spend time at the land and work and play.
Posted by Michele at 10:26 AM