Doesn't it make sense to share photos from Ben's soccer season this fall right in the middle of the holiday season?  Holidays and soccer go together, right?  They don't, but, as usual, I didn't get around to blogging about Ben's first season of playing soccer when he was actually playing.  The final game was at the beginning of November.

Here are a few of my favorite photos from the two games where I had my DSLR and zoom lens in September and November.  Ben looks like he's really aggressive, but don't let that fool you.  He was more timid that we thought he'd be.  The only time he played aggressively was when he played goalkeeper.  He was more than happy to let the other kids kick the ball and get in the action.  Ben had fun and he liked the kids on his team and the coach so all in all we are considering the season a success. 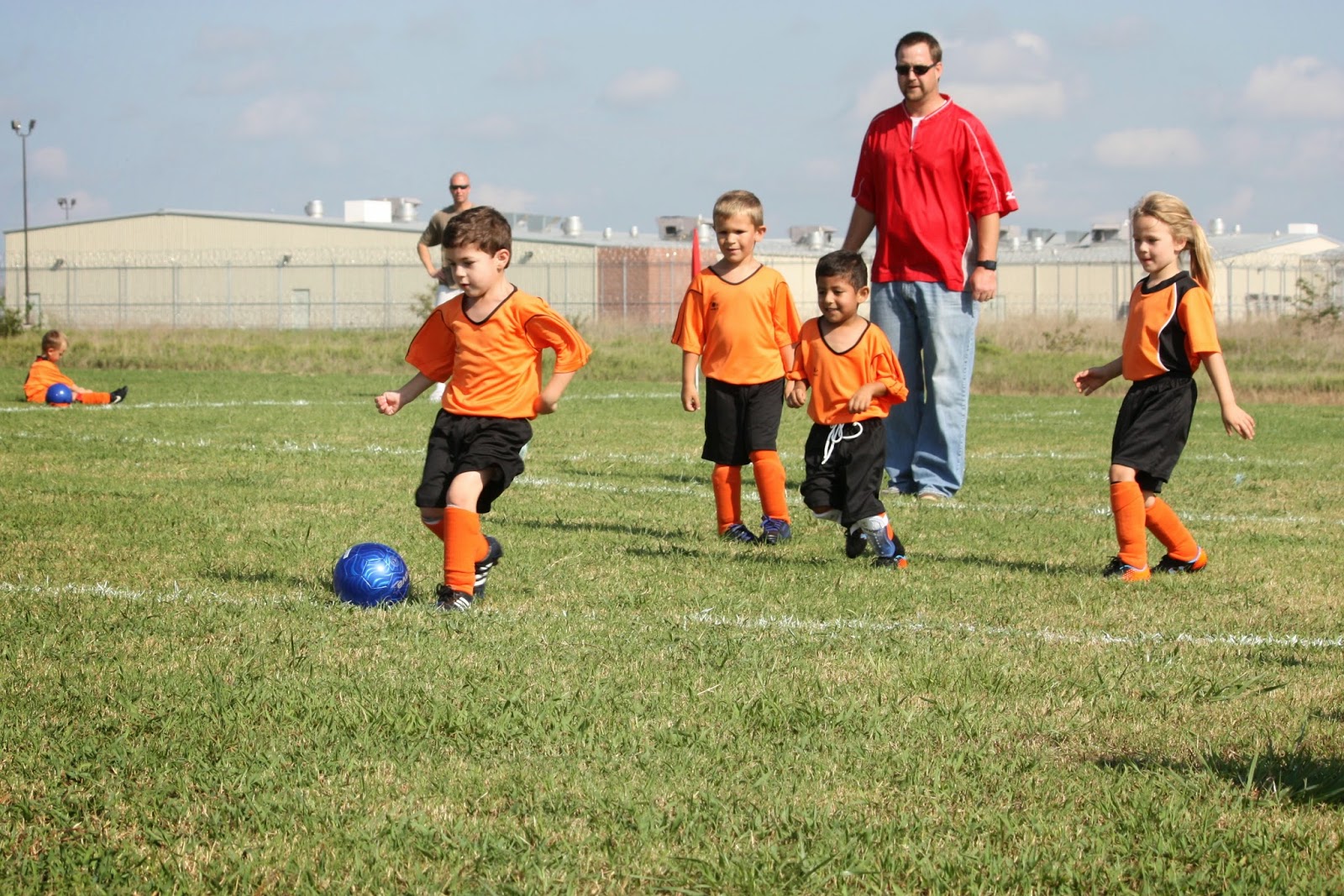 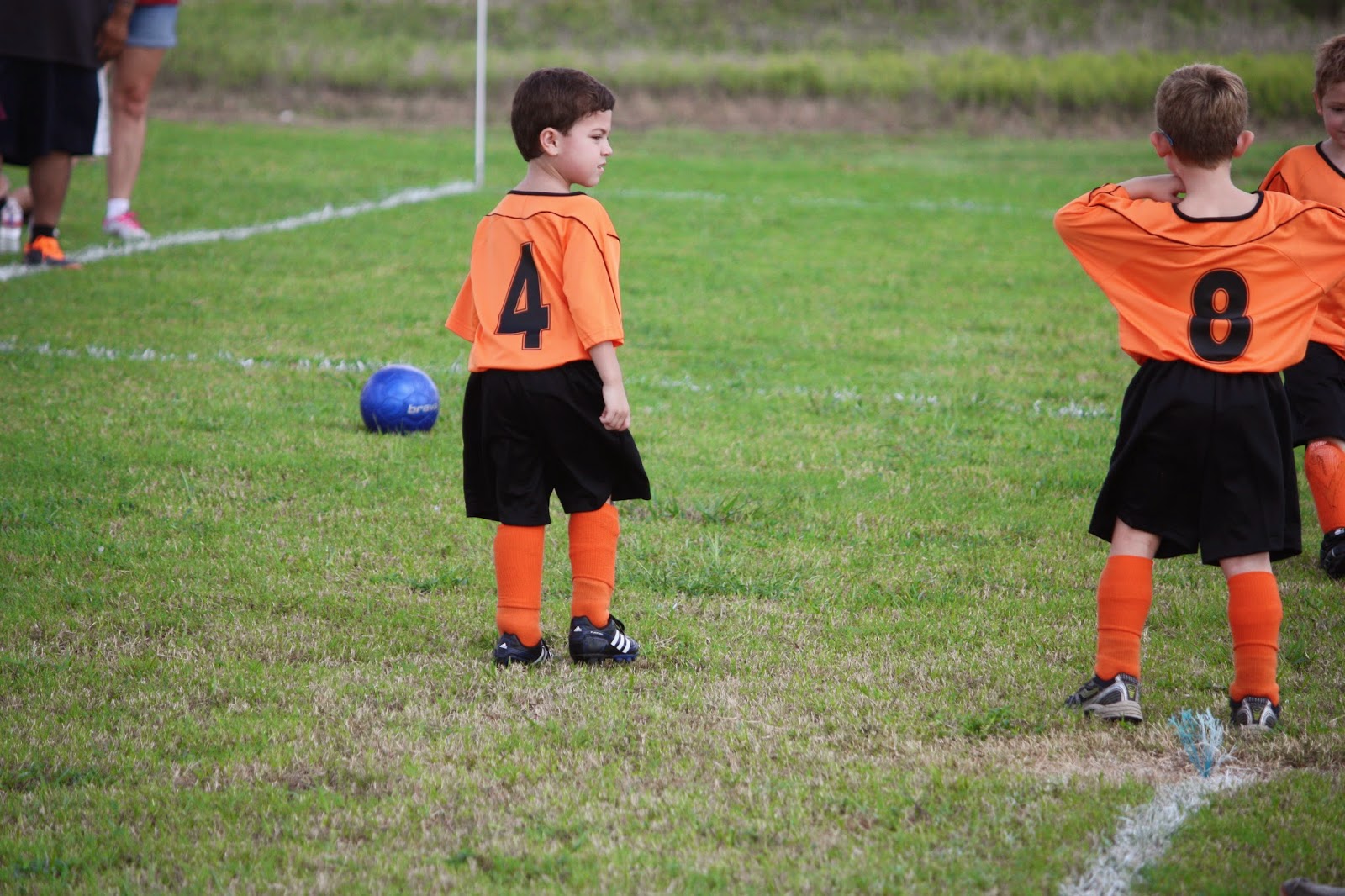 Sometimes we did a lot of this. 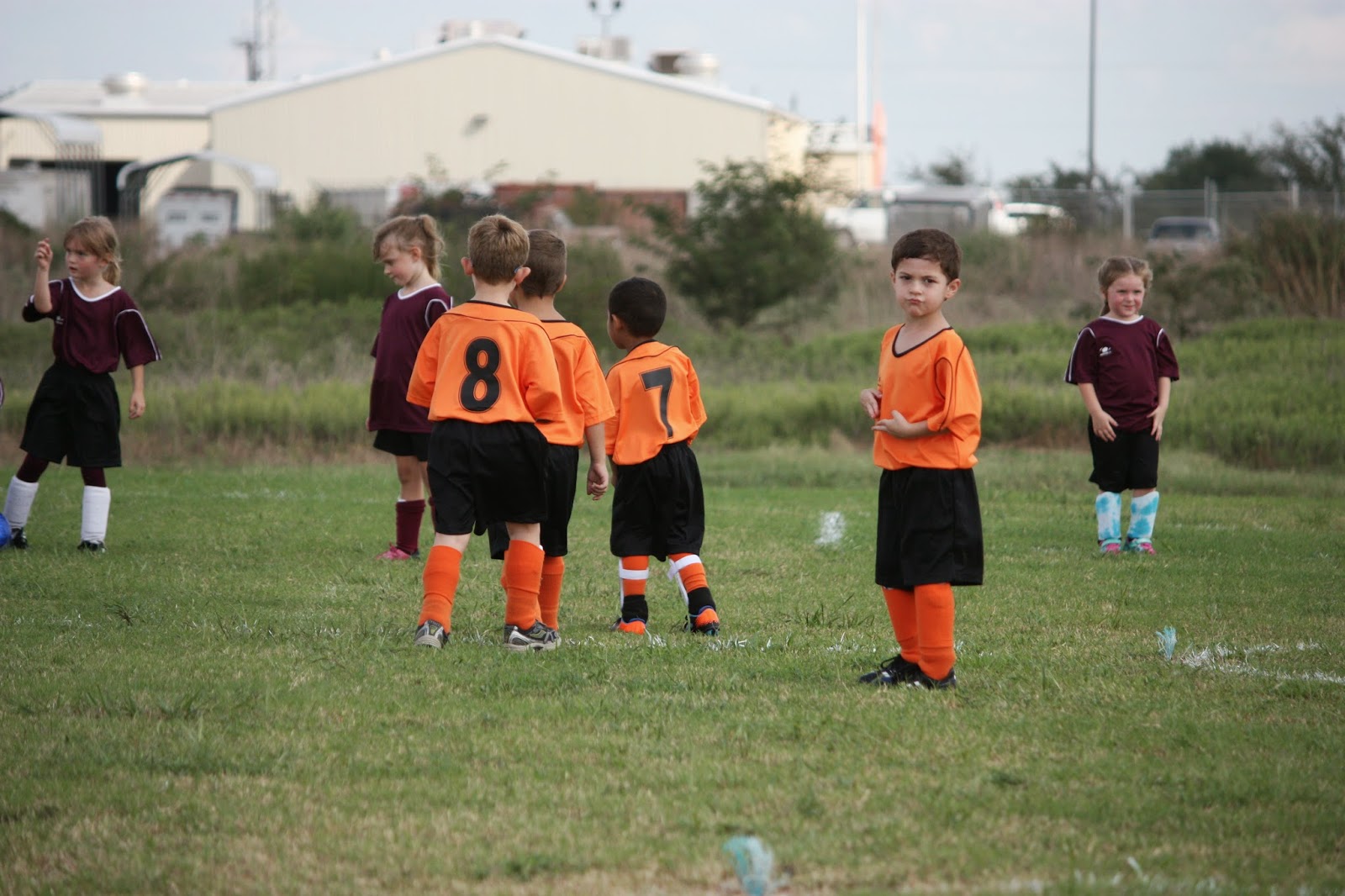 We had several games where it was very cold.  This was Ben and one of his teammates rubbing their hands together trying to stay warm. 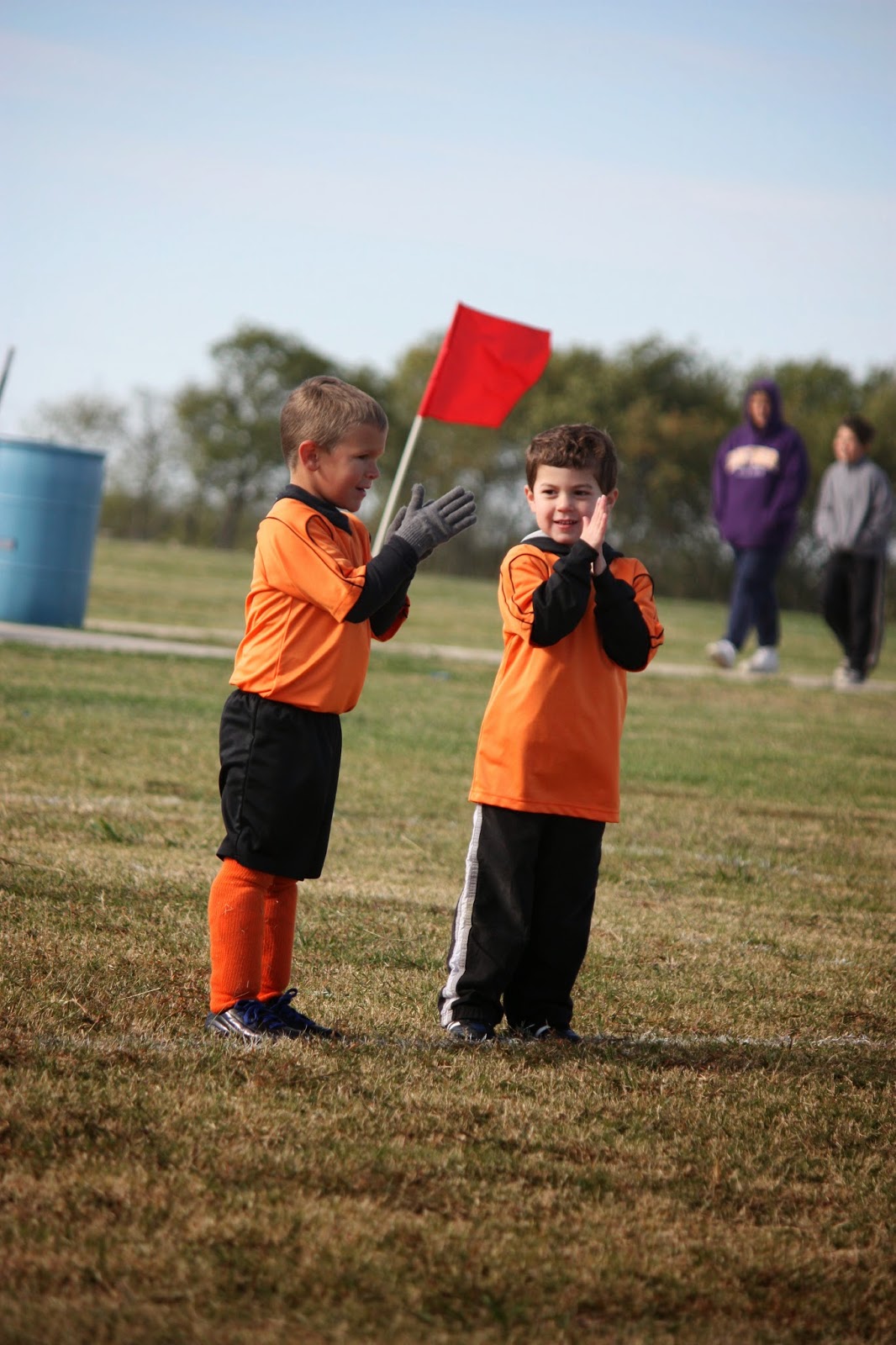 Even if Ben didn't score the goals he was excited when his teammates did.  Here he is giving the coach a high five.  The coach was very encouraging to all the players and made it a positive experience.  There were no Kicking & Screaming moments, ha! 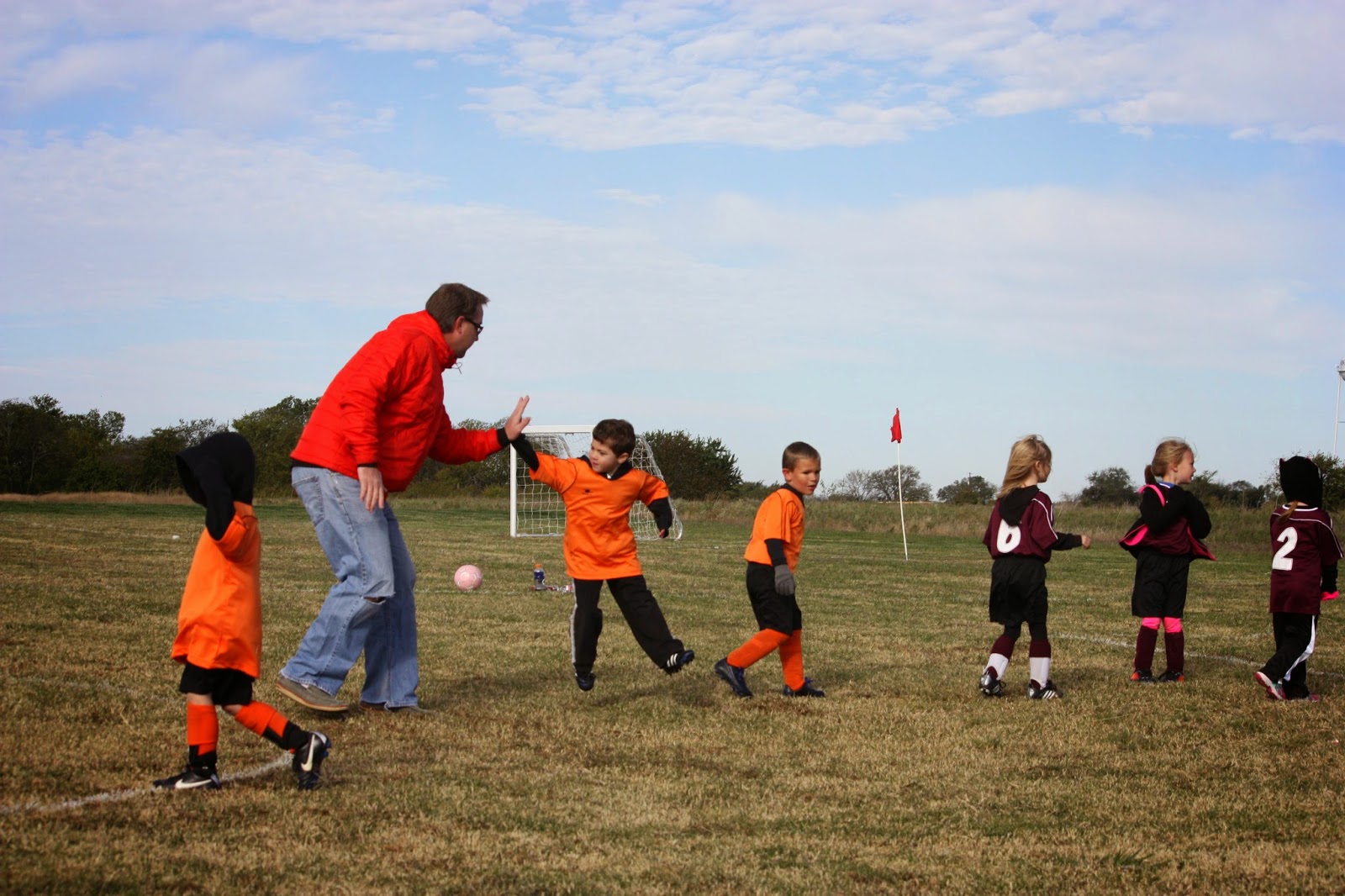 How about a double high five to celebrate?  Go Avengers! 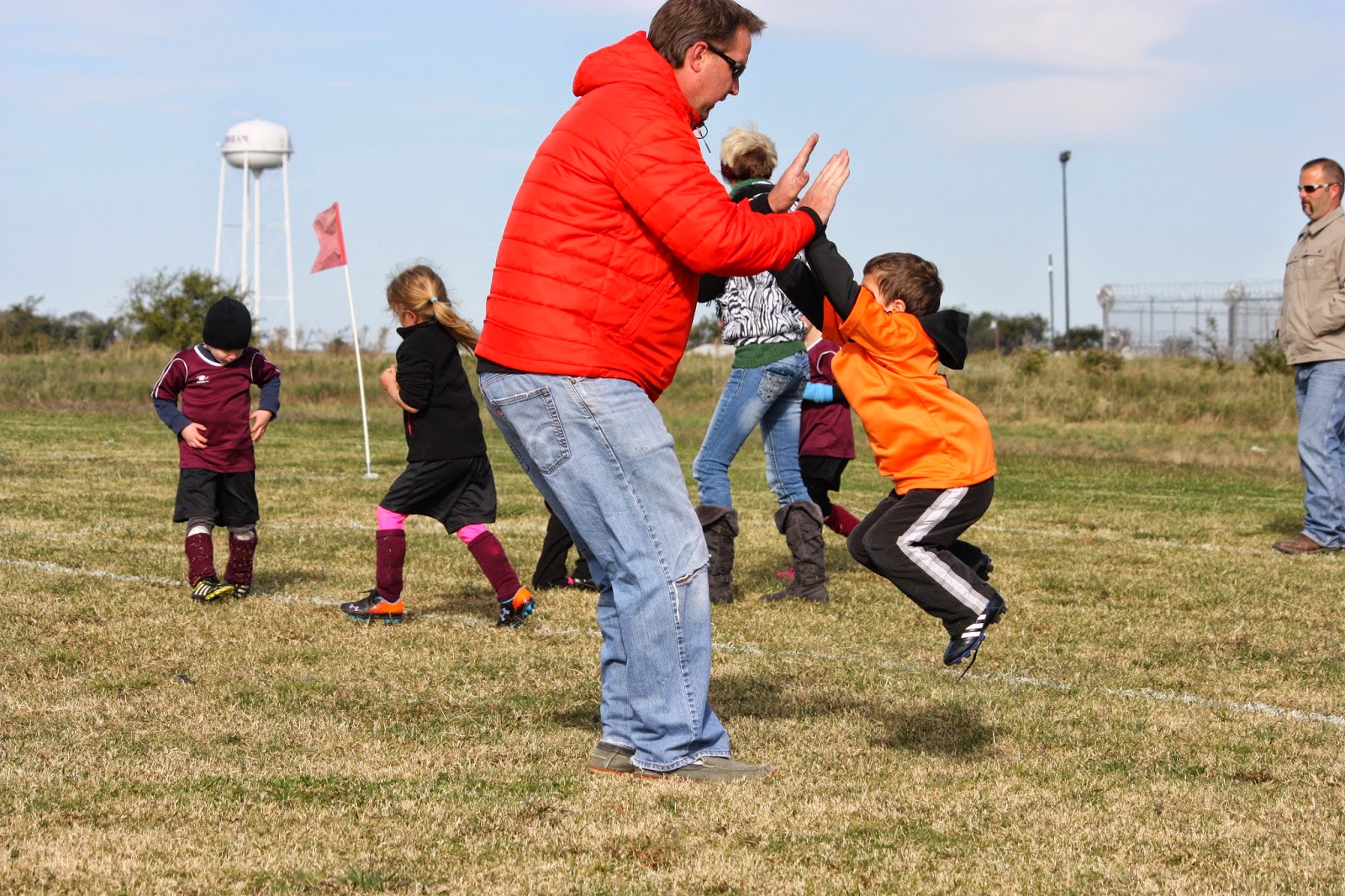 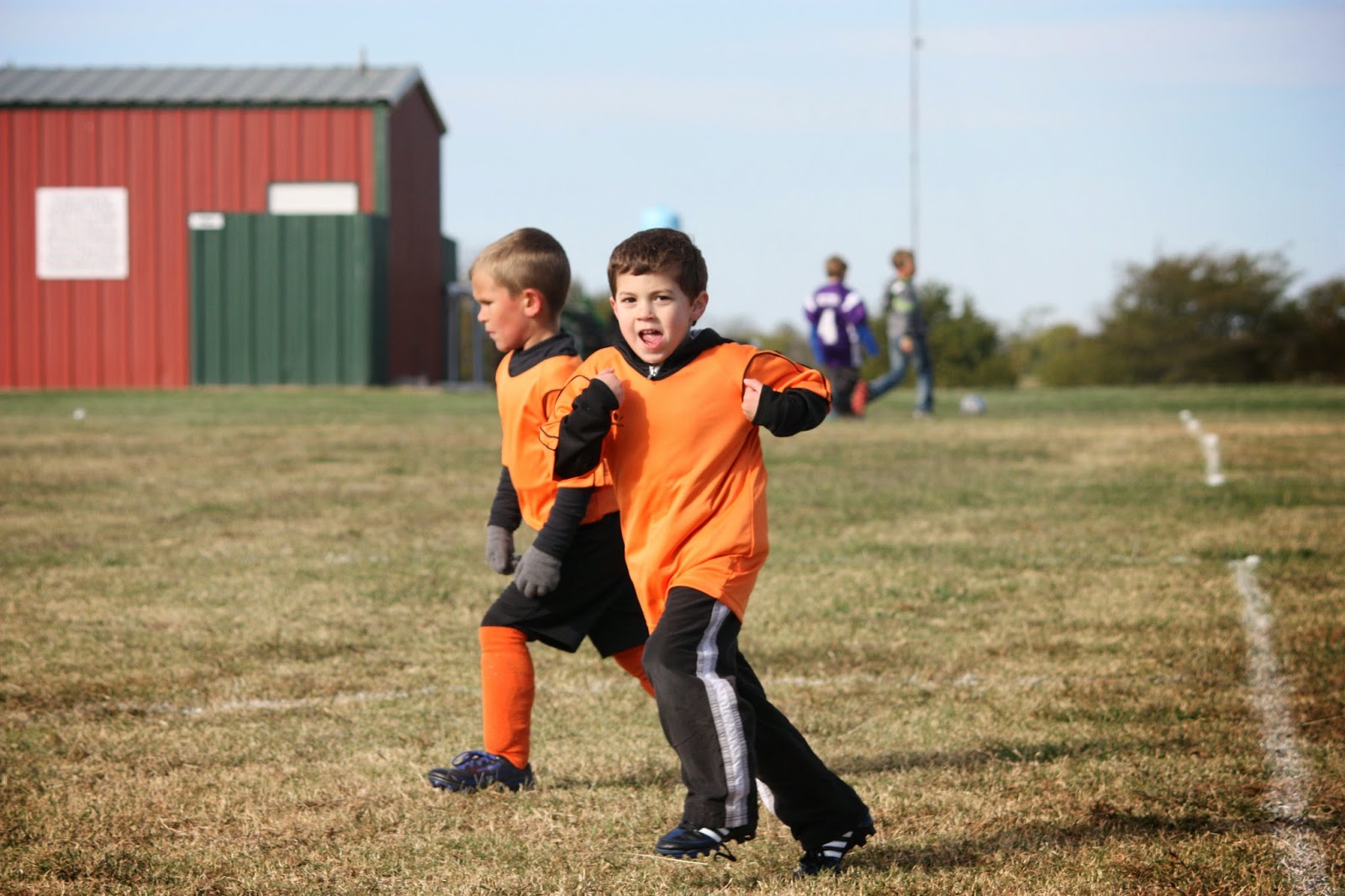