Just a few things we've been up to this week.

I turned 36 on Monday and the sweetest birthday card and Starbucks gift card arrived in the mail this week from my dear friend Kathleen.  Kathleen and I became friends through WIWW and have kept in touch for several years through blogging, instragram and facebook.  I'm thankful for blog friends who have turned into real friends. 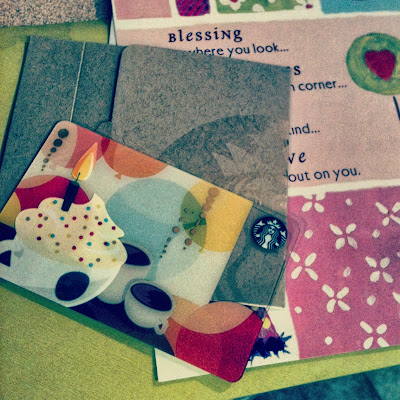 I had a special visitor after school this week. 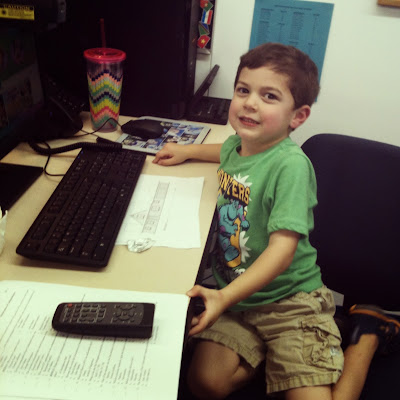 My sweet boys before we went to church Sunday night. 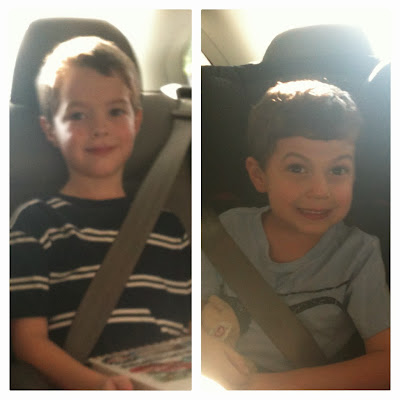 There's a new Star Wars Angry Birds app.  I know what these two will be doing this weekend.  As a boy mom, I just don't get Star Wars.  My boys do, and they love it. 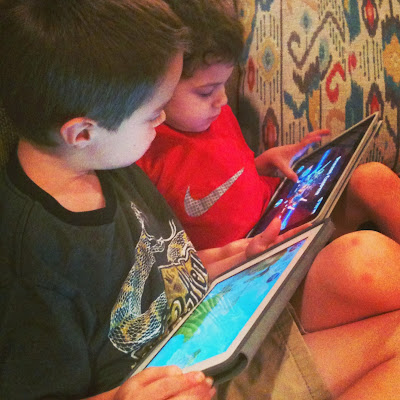 Here's a pic from my birthday.  I've already put it on the blog, but I was so proud of this photo.  The boys all posed and cooperated. 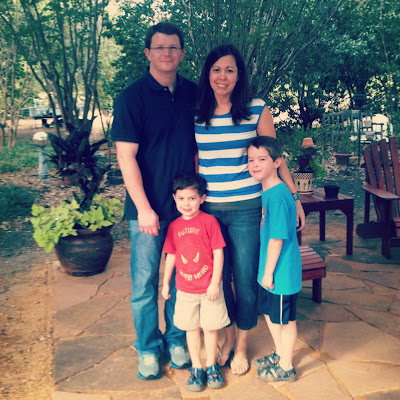 I forgot to put this in InstaSeptember {Part I}.  We bought a fish!  His name is Mike (as in Mike Wazowski from Monster Inc. and Monsters U).  The boys named him so I'm going to go with it.  I bought another fish for my classroom at school.  I teach Texas History so I told the kids that at school the name had to have some sort of historical significance.  We had 3 choices--Davy (for David Crockett), Bowie (for Jim Bowie), or Sully (Ok, that was sort of reference to Monster Inc. since the boys chose Mike my students wanted to name him Sully.  I got creative and found a way to make it Texas History relevant.  I attended Texas A&M and there's a statue of Sul Ross by the Academic Building.  He was a Texas Ranger, a governor of Texas, and the President of Texas A&M. So we made a stretch and applied it to him since he was important to Texas history and went with Sully.) 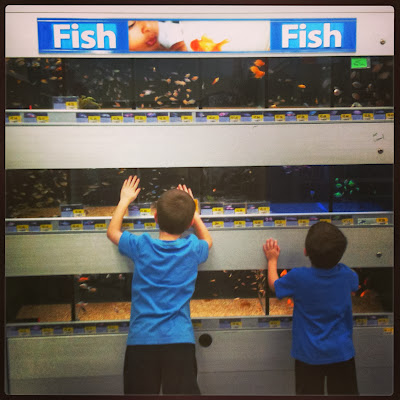