Santa Photo 2011
This year over Thanksgiving break we took the boys to see Santa.
Usually one of the boys is almost in tears...
but not this year!
They had the sweetest smiles!
Sorry about the terrible quality of the photo.  Our scanner broke and I had to use the junky one that is on our printer.  Despite the poor quality of the scanned photo, I still think the boys look adorable. 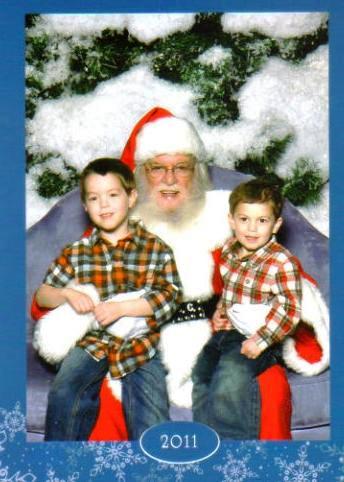 Each year we take the boys to the same mall to see Santa. This year the theme was Ice Palace.  While you wait in line to see Santa there are fun activities to keep the kids entertained.  For example, the boys compared how tall they were to life-sized Polar Bear cutouts. 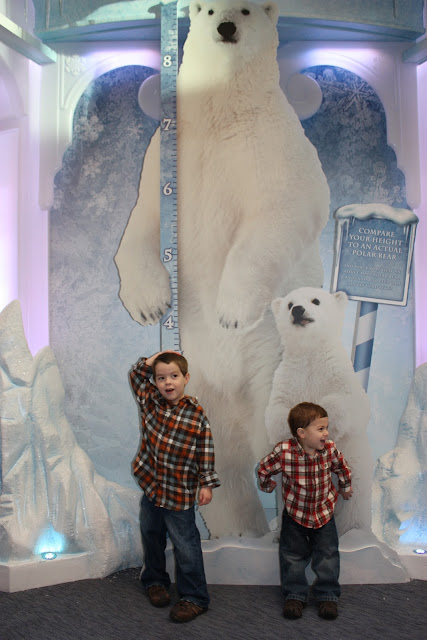 While we waited in line, I heard someone yell my name.  I turned around and saw a teacher that Mark and I worked with last year.  She had her girls at the mall and they were in line behind us.  Keep in mind we both live in the same small town 50 miles away so I never ever expected to run into someone I knew.  Will and Ben had fun waiting in line with the girls. 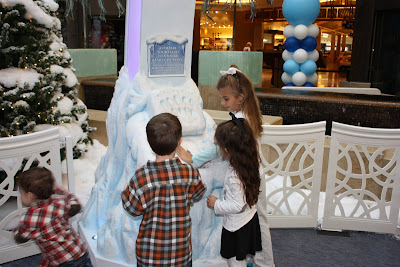 Here's a close up of the sign above.
The kiddos compared their hands to a polar bear's paw.   There was a block of ice below the sign.  The boys thought that was so neat.  They liked it almost as much as Santa! 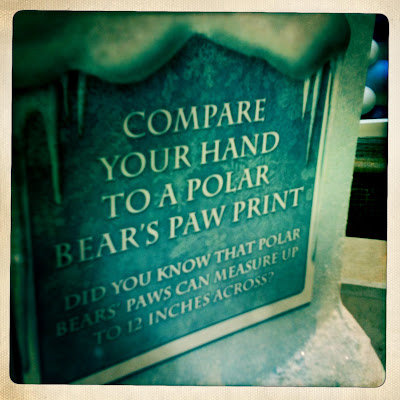 Will showing off his cold hand. 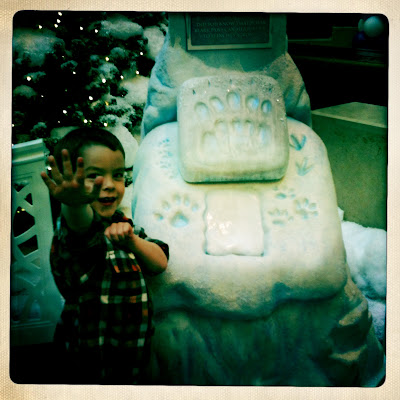 Ben measuring up his hand and feeling the ice. 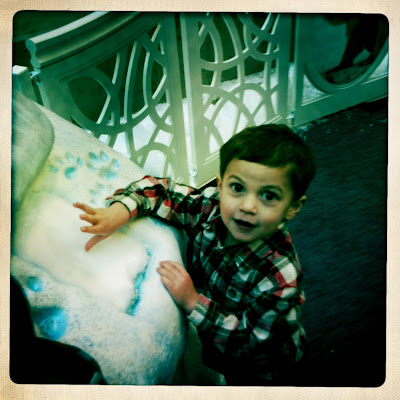 We're getting closer to seeing Santa. A quick pic on the ice throne wasn't very exciting to the boys.  Can you tell? 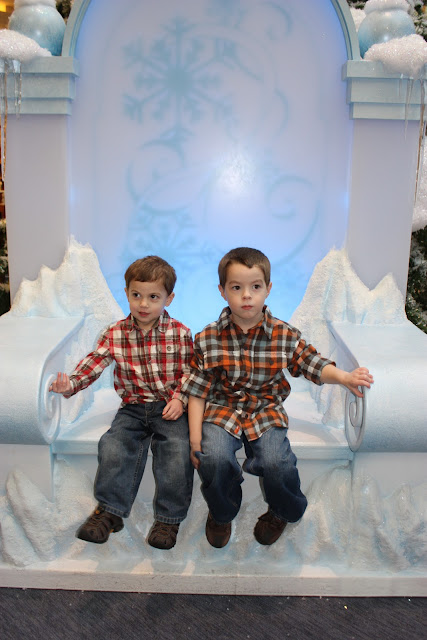 Maybe the ice throne wasn't exciting, but the giant snowglobe was!
The boys loved it!  There was fake snow falling and they had a blast playing. 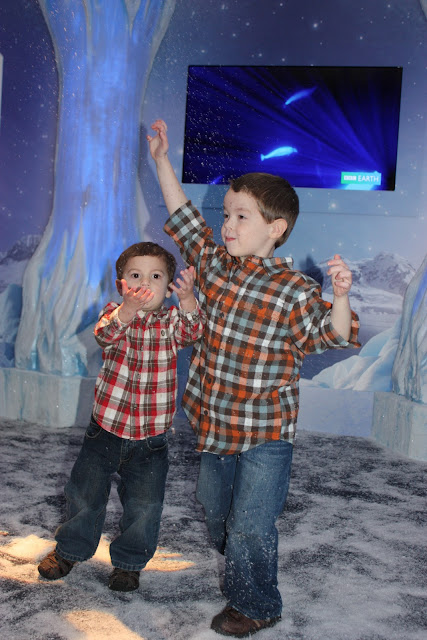 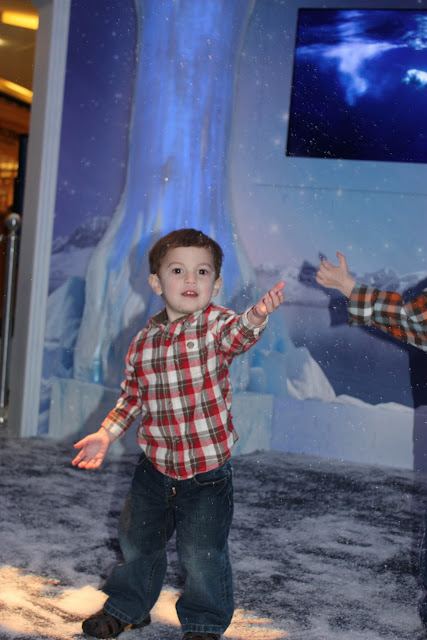 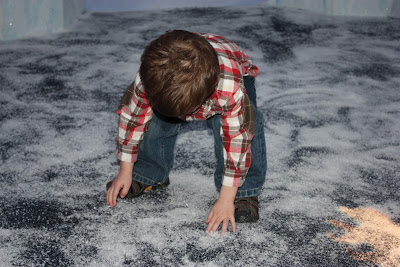 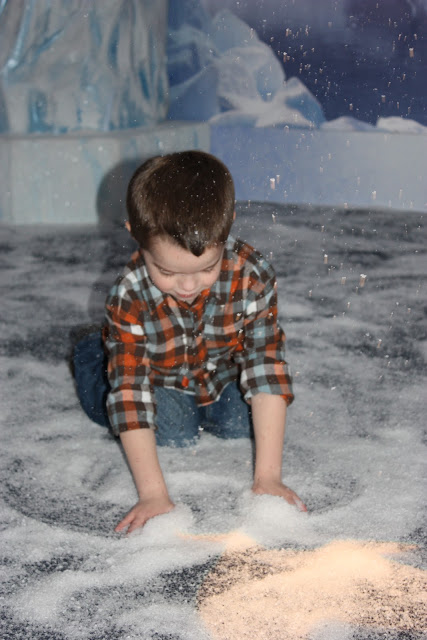 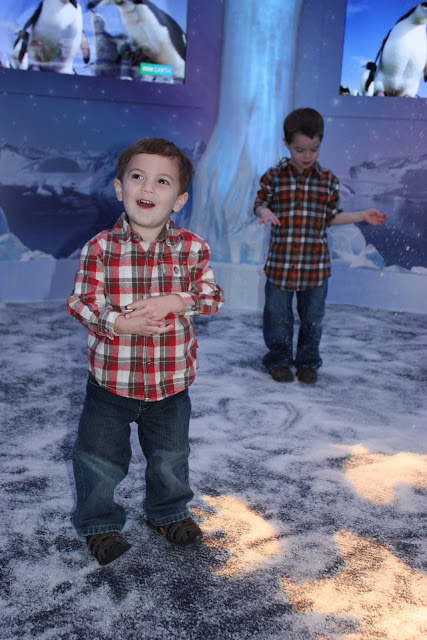 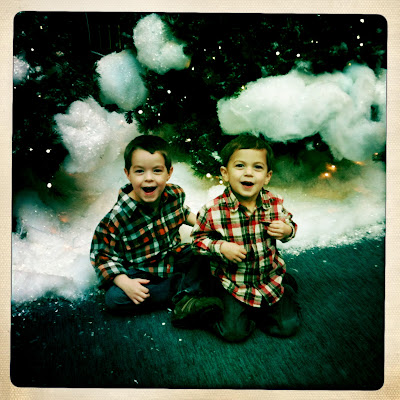 The boys asked Santa for a "choo choo train" and a Thomas and Friends DVD.
Posted by Michele at 10:05 PM