Santa knew he was stopping at a house full of boys!

Will and Ben were thrilled to see the train and train table they had asked Santa for.  They were having such a good time playing that it was a challenge to get them to take a break from the trains so they could open their remaining gifts. 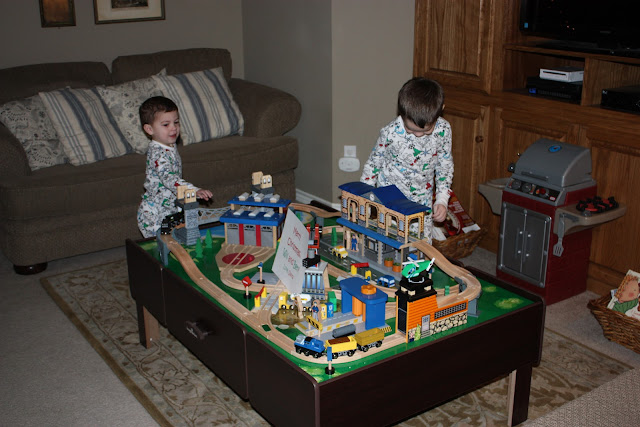 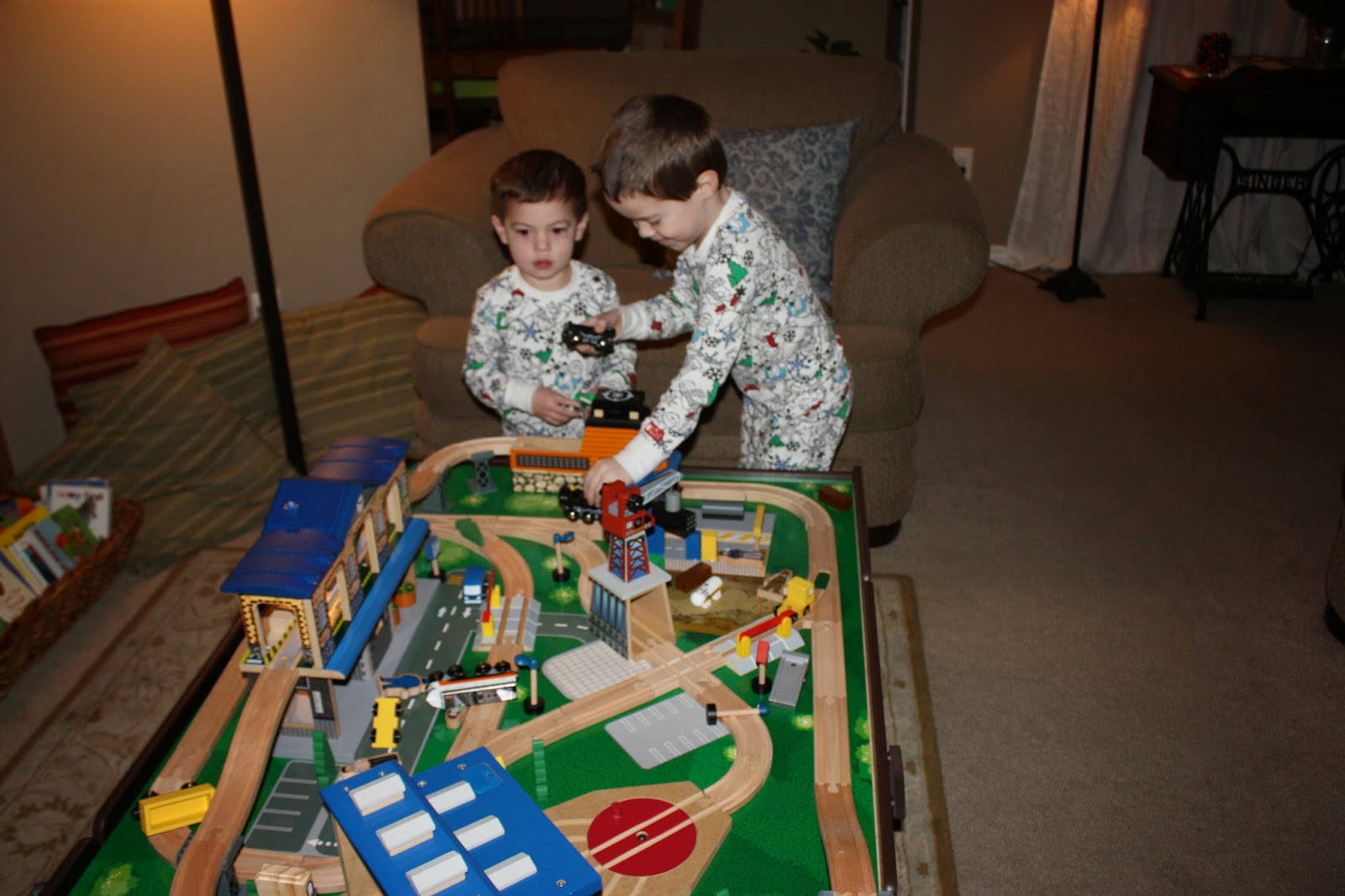 This was what the train table looked like before they woke up.
Merry Christmas Will and Ben.
Love, Santa 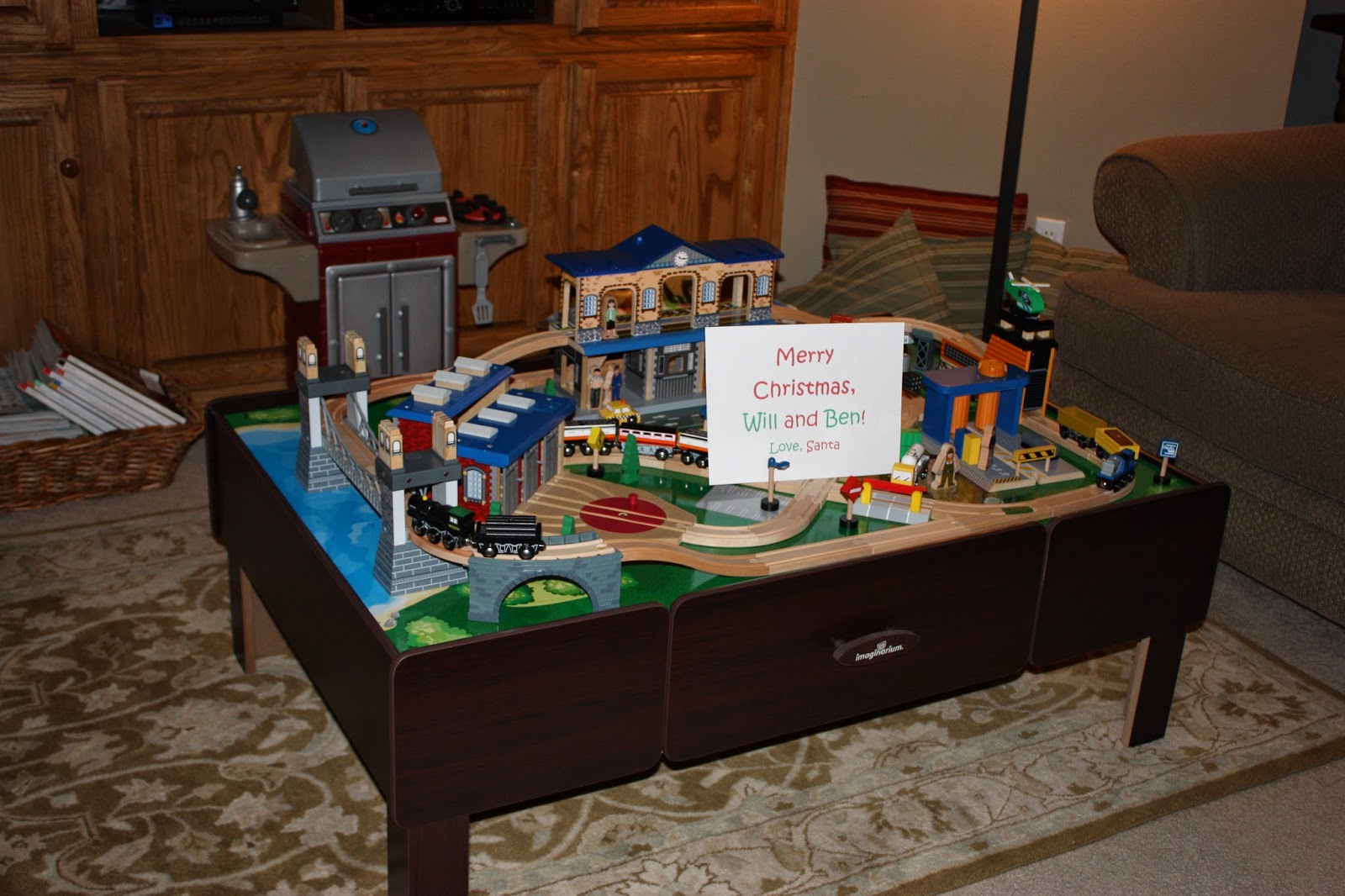 Will and Ben were given a new play tent because their old one broke. 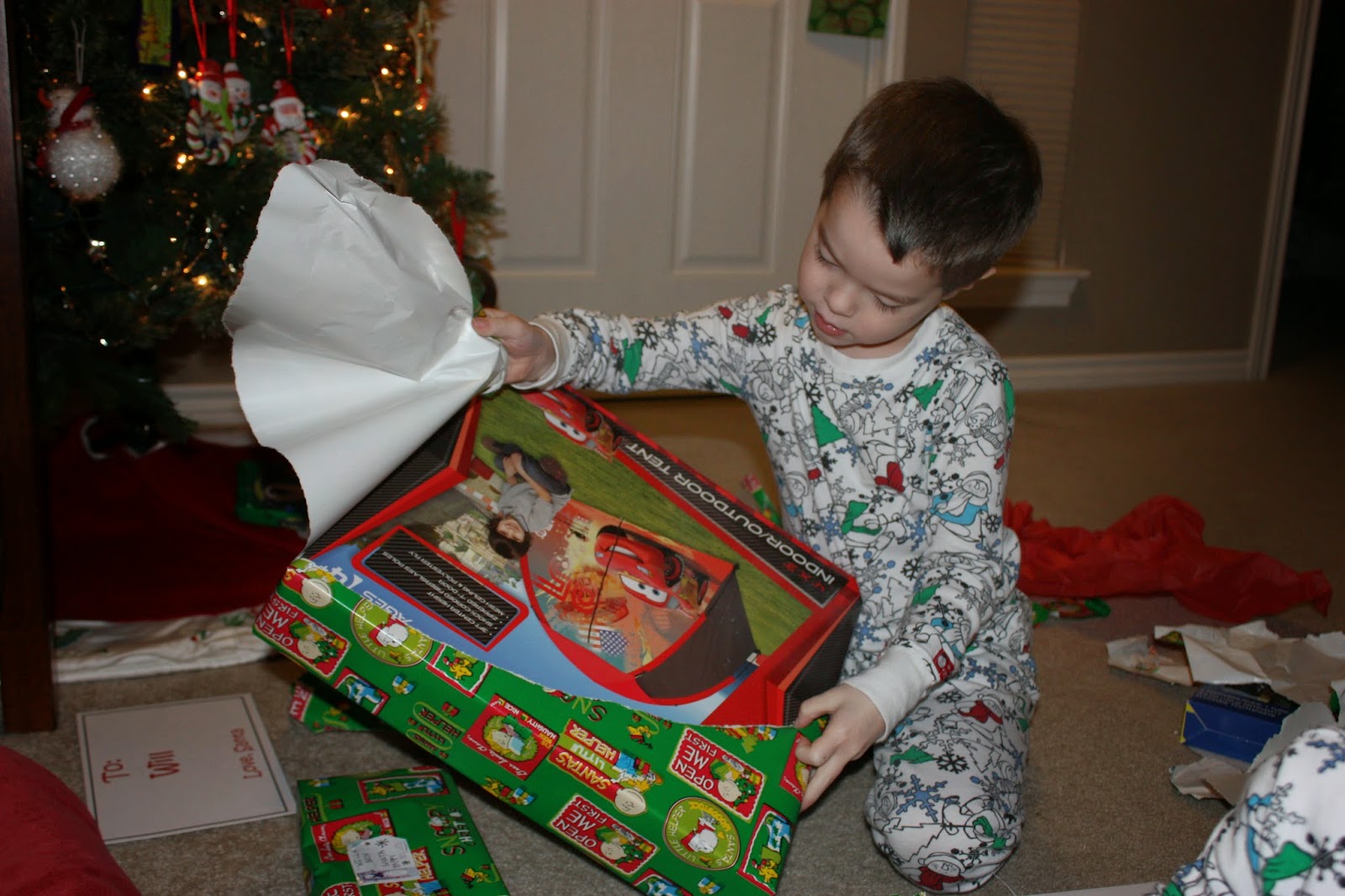 Lots of goodies in their stocking--an apple and orange, Reese's pieces, a retro slinky and other fun items.  At Will's request, everyone in the family was given toothpaste and a toothbrush in their stocking. 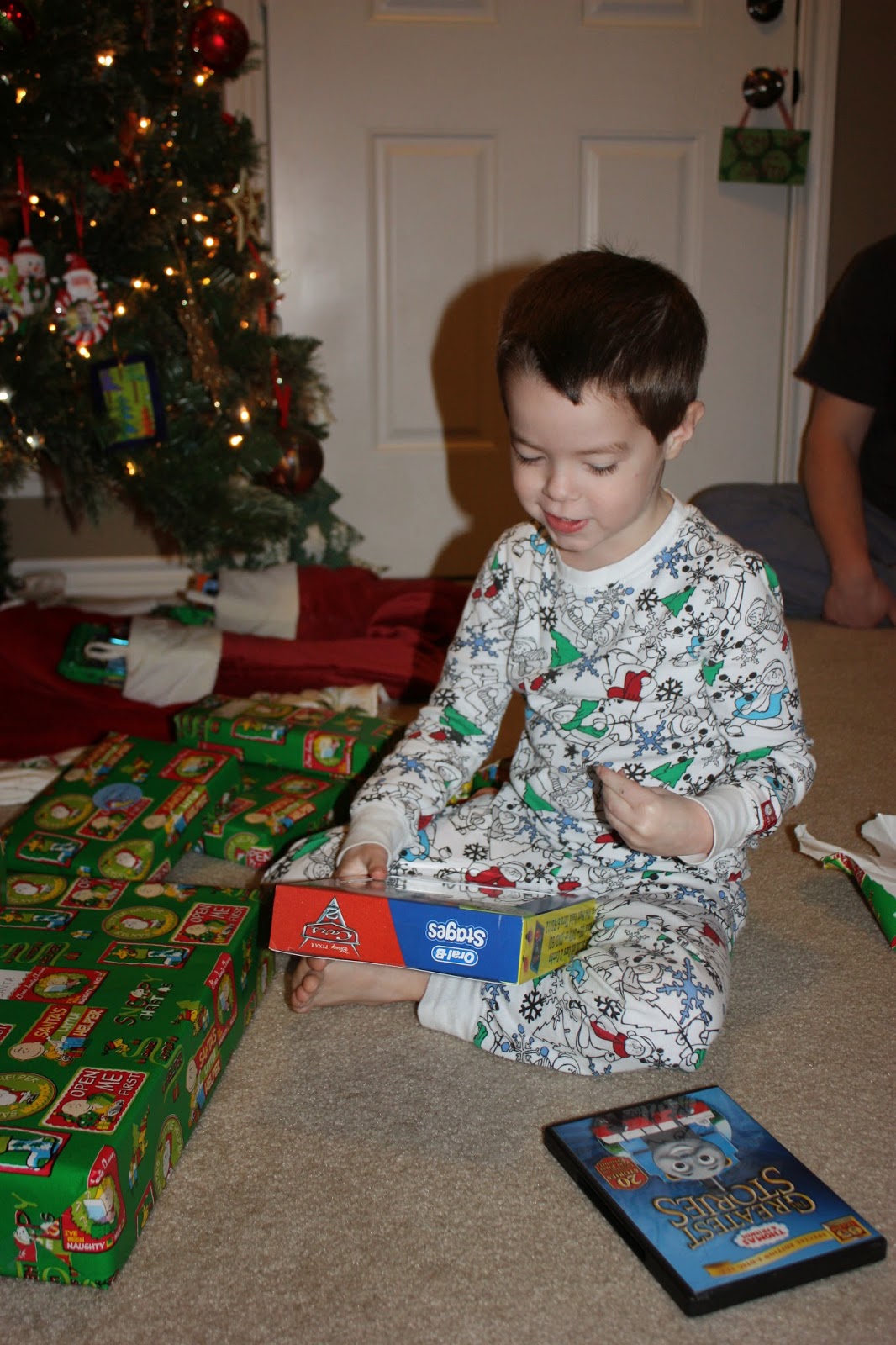 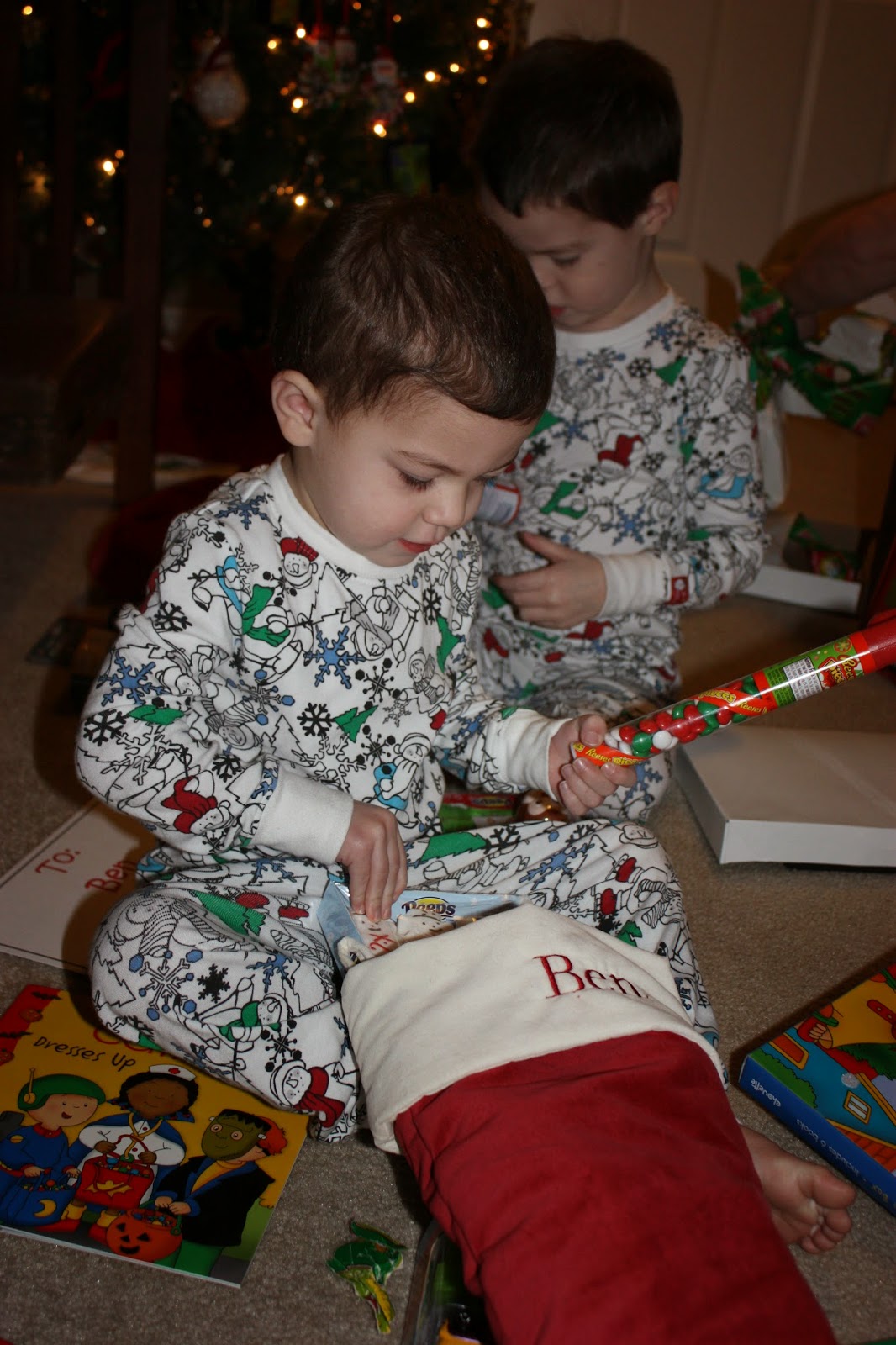 Mark and the boys with their flashlights from Santa. 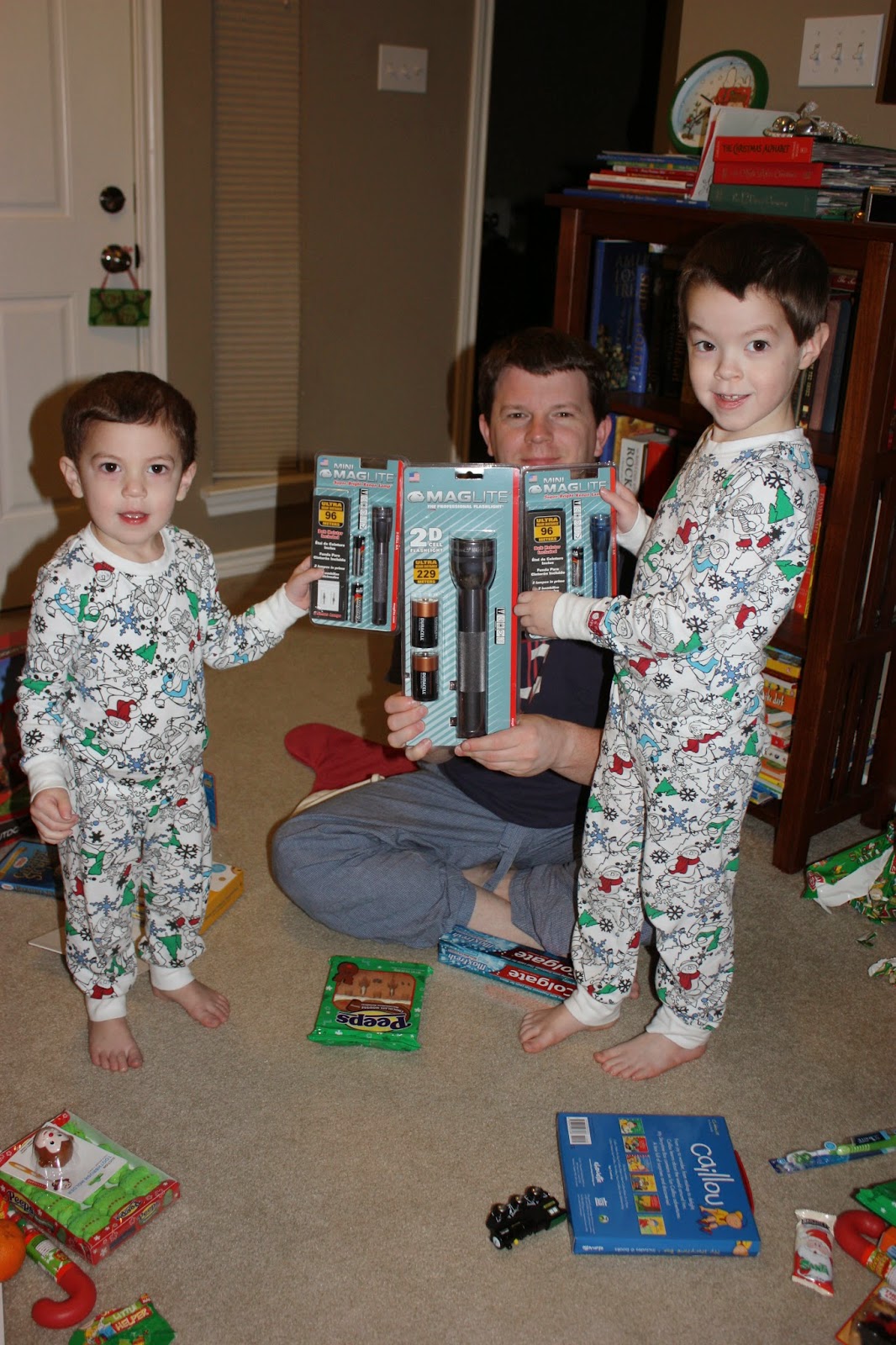 Since Christmas was on Sunday, we only had a short time to open gifts and play and then it was time to go to church.  This was the best photo I could get with the boys. 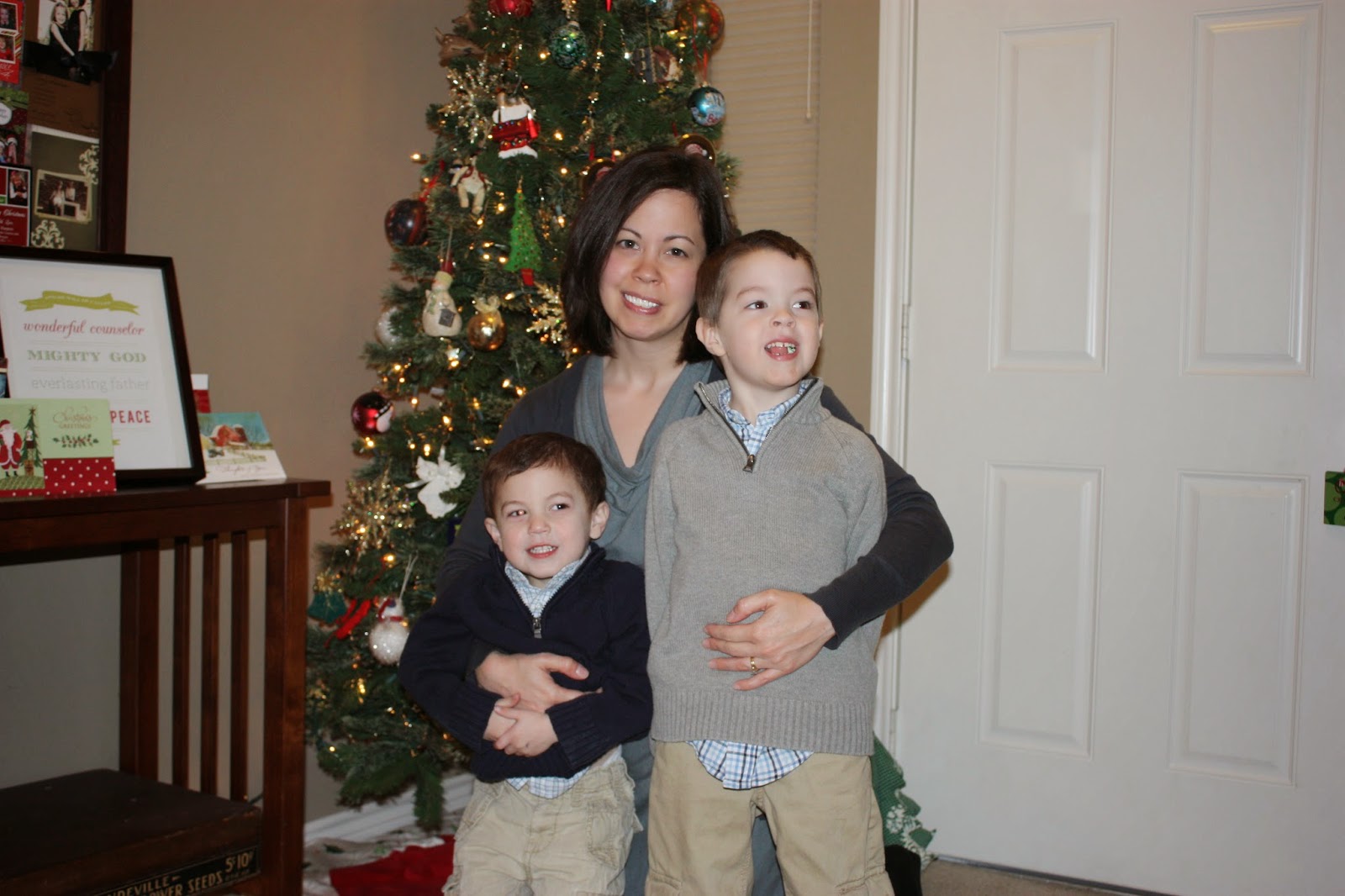 Mark's photo with the boys was better than mine. 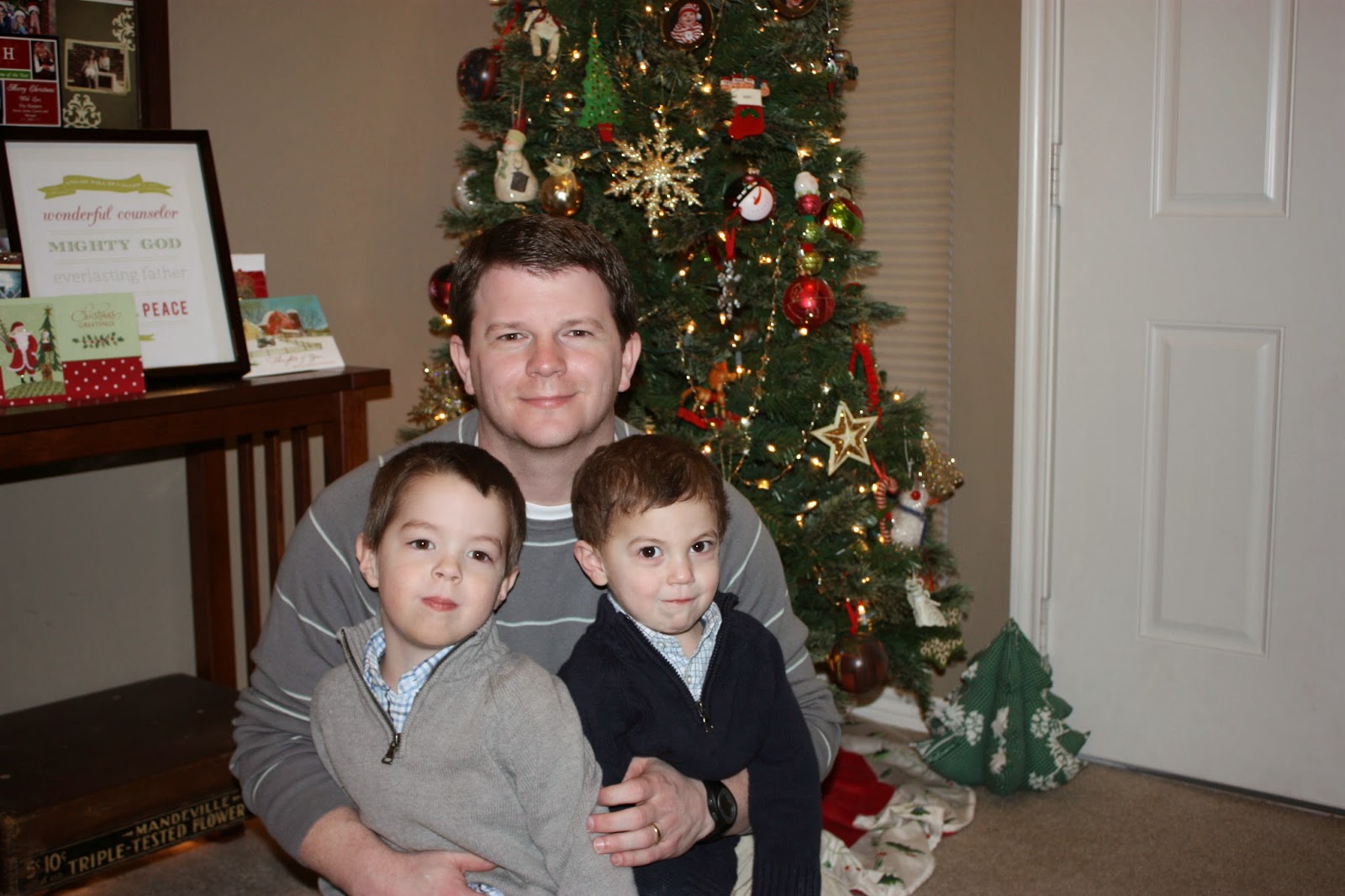 Finally after all the excitement of Christmas day was nearing an end, the boys had their annual book exchange.  It's a family tradition we started when Ben was a baby in 2009.  Each year the boys give each other a new children's book.  Of course, Mark and I have had to select the books so far, but pretty soon Will and Ben will be able to choose a book for each other.  We hope it's a tradition that continues on even when the boys are grown. 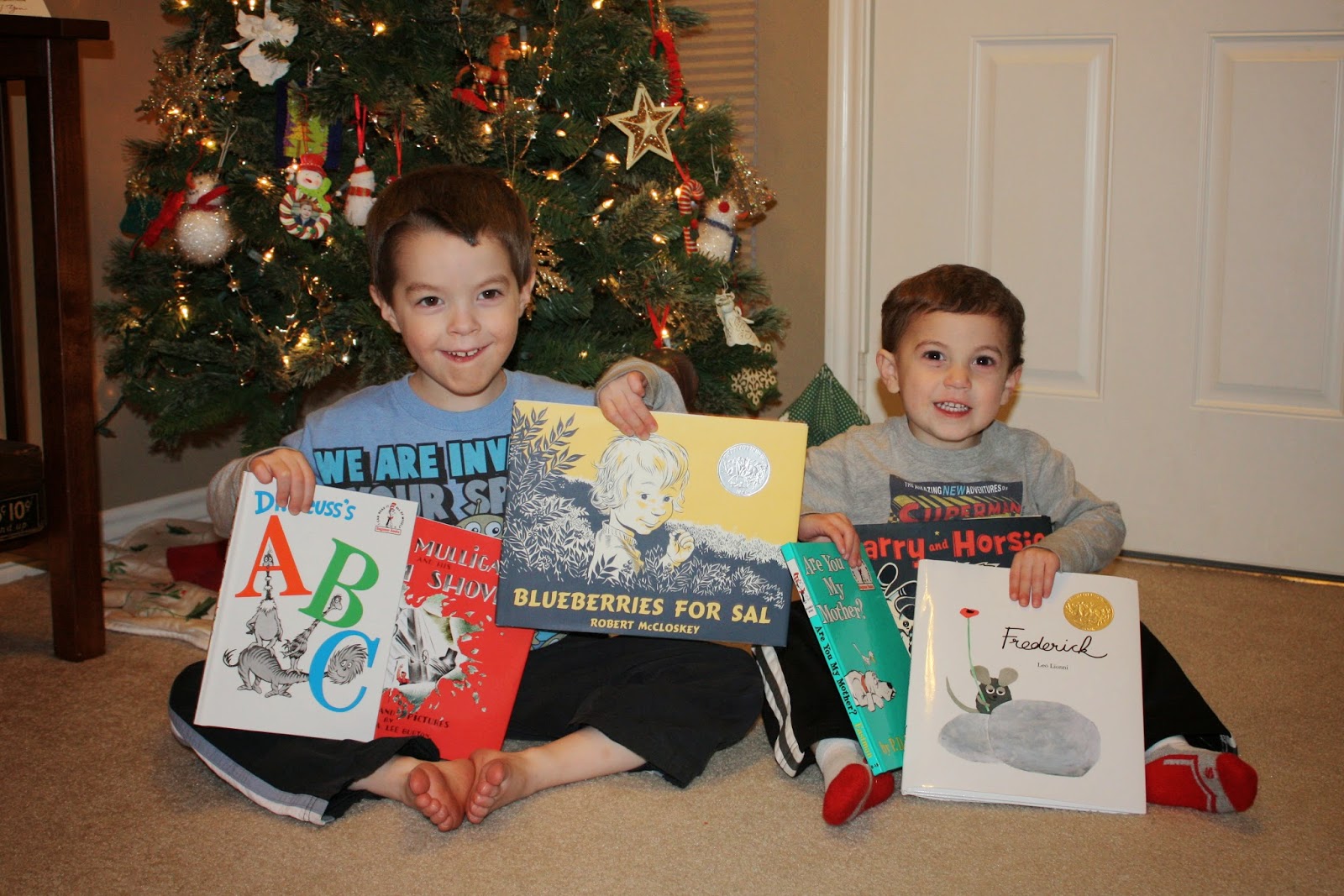 This year Will received Blueberries for Sal and Ben was given Frederick.  Each year I write inside the book who it was to and from and include the date.  I was so happy to get a photo with the boys and their books from the last three years. 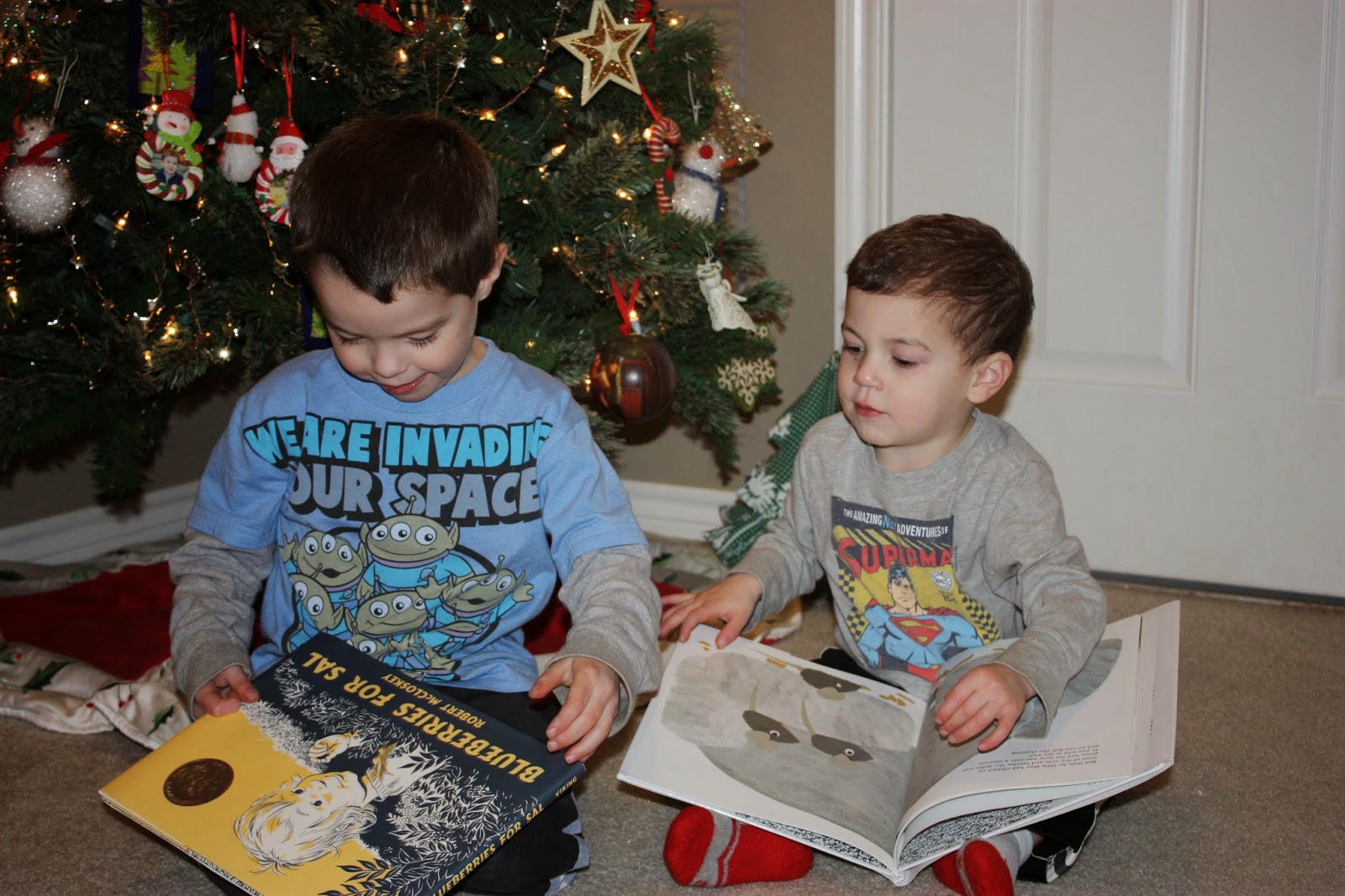 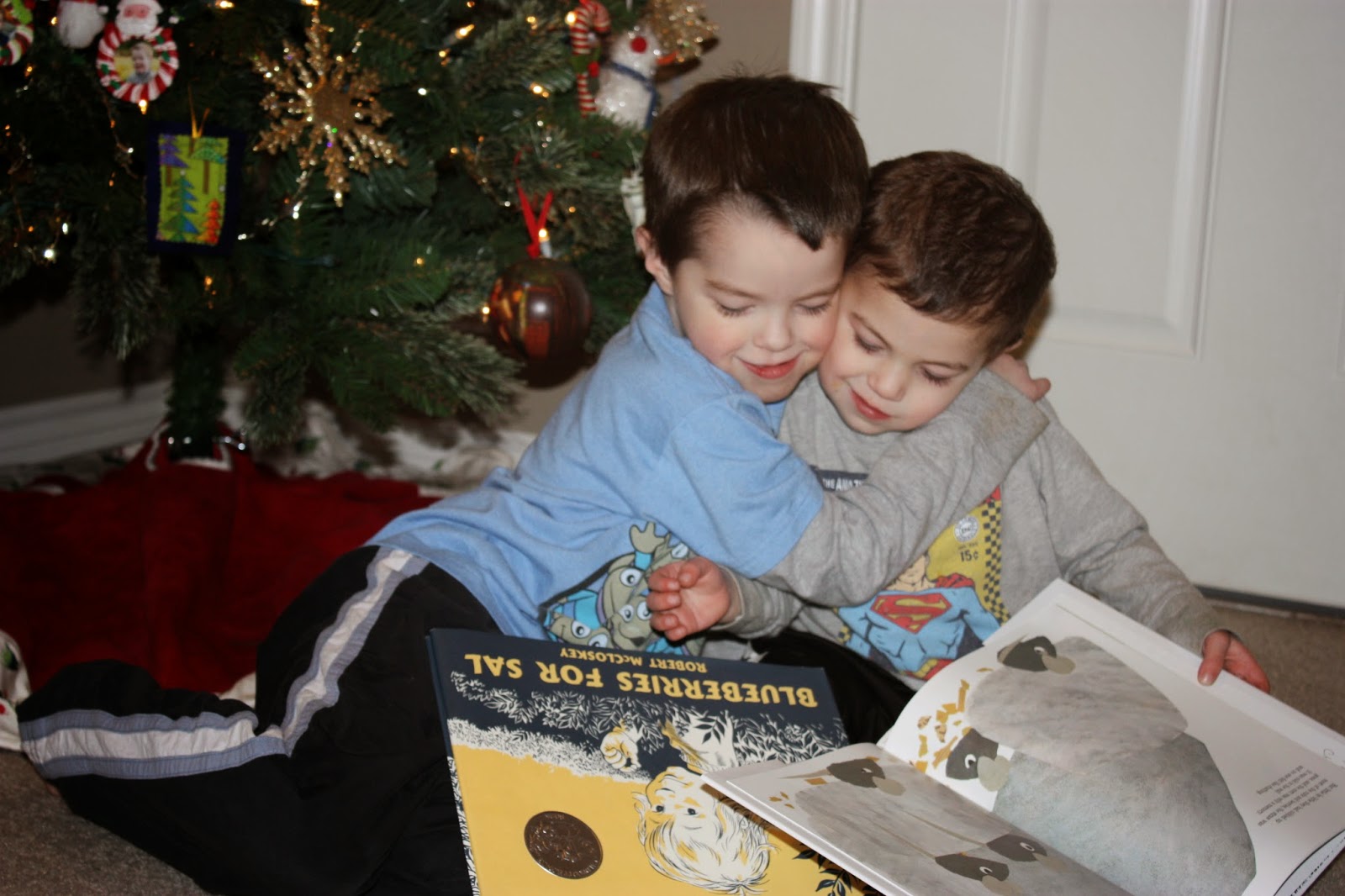 ﻿
Since having children every year Mark and I say this, but I think this year was the best Christmas ever.
Posted by Michele at 9:51 AM