Will dressed up as Ironman 3 Iron Patriot and Ben wore a Superman costume. 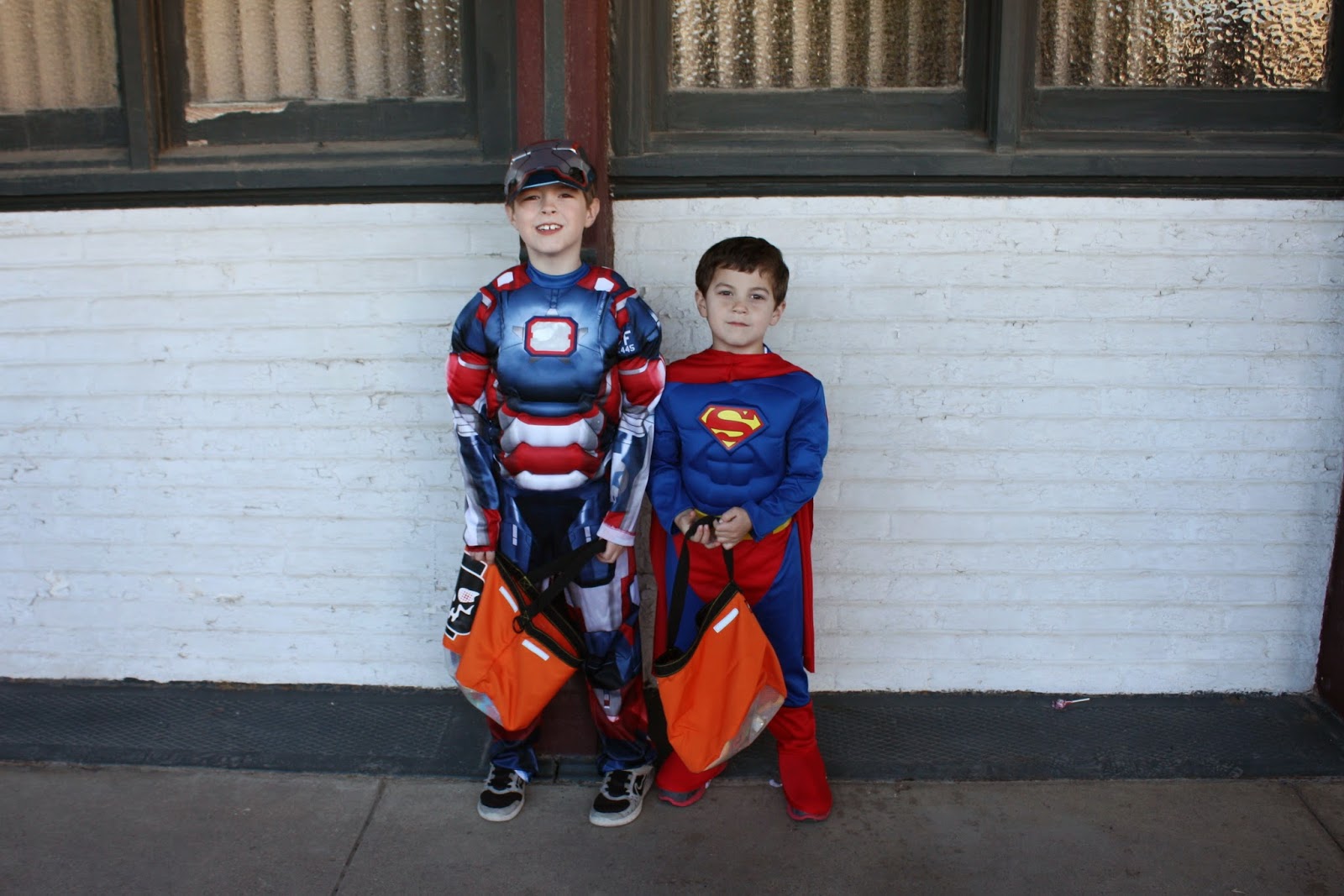 We followed tradition like every year and we went to the trick-or-treating event at our small town's downtown square.  It's called "Halloween on the Square".  The kids walk around and all of the local businesses and community organizations give out candy.  It's fun and safe. 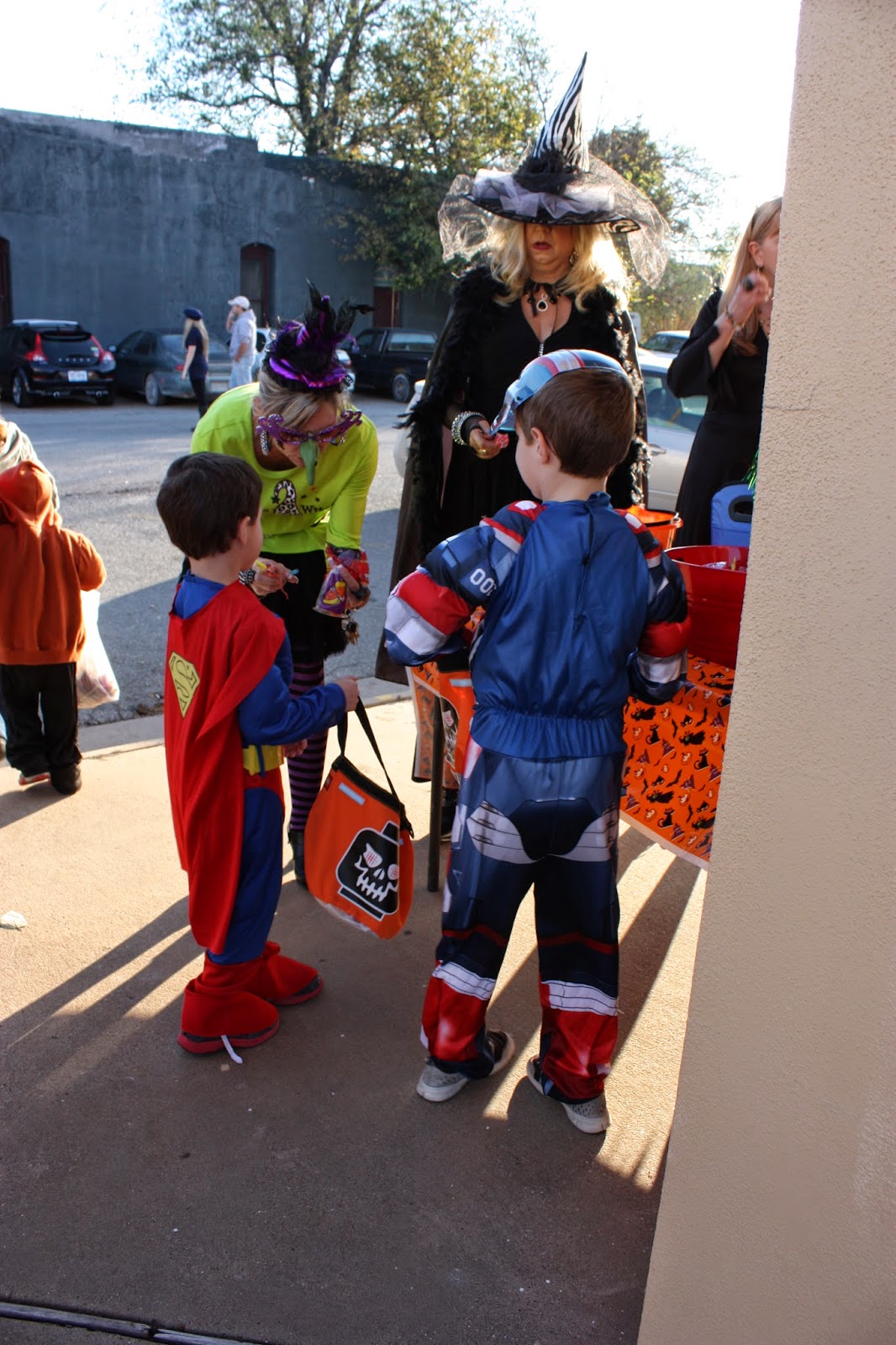 Papaw Jerry and Mamaw Carol walked along with us as the boys got candy. 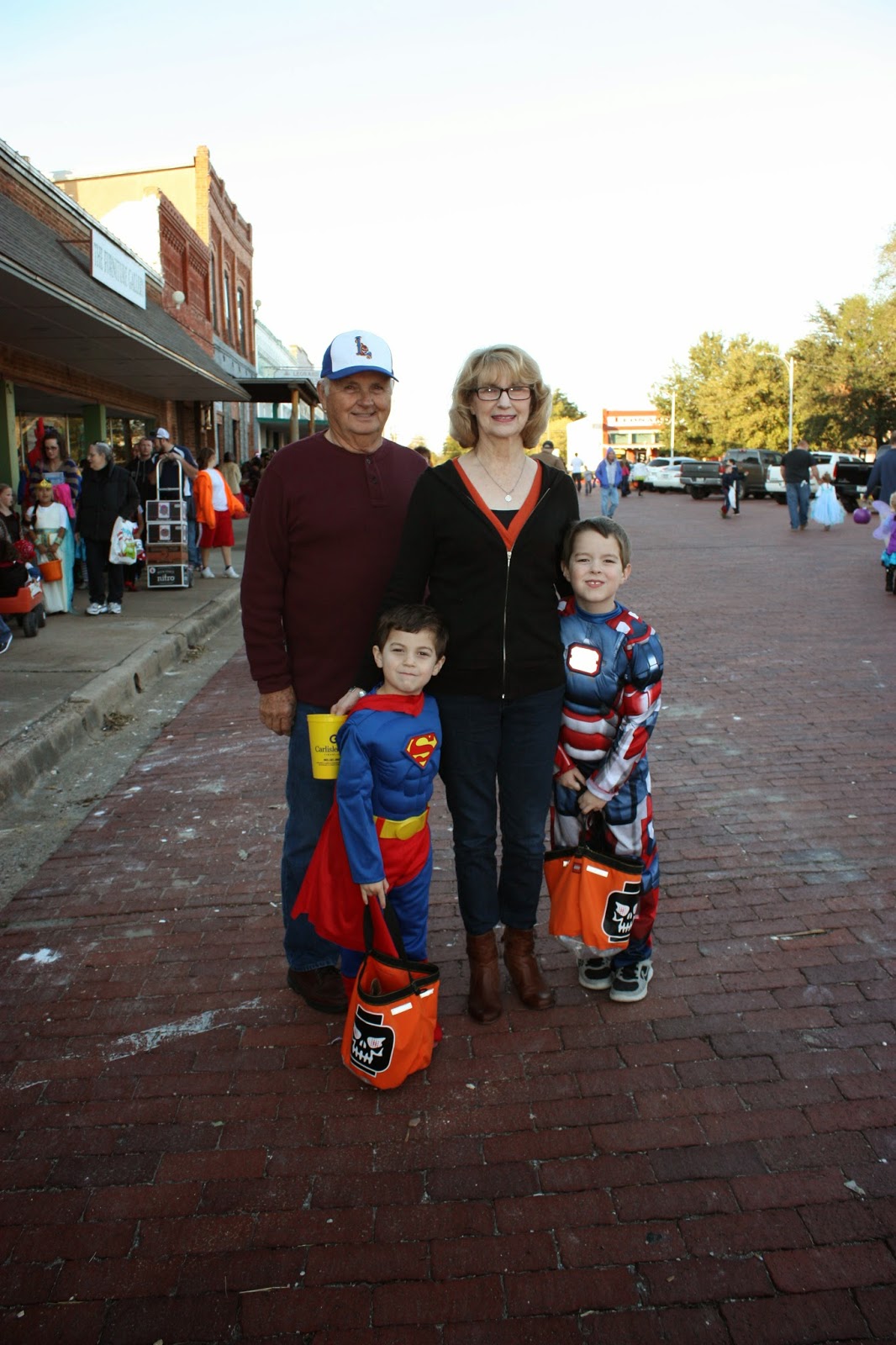 Every year we get a family photo for Halloween.  Other than Christmas, this is my favorite holiday. 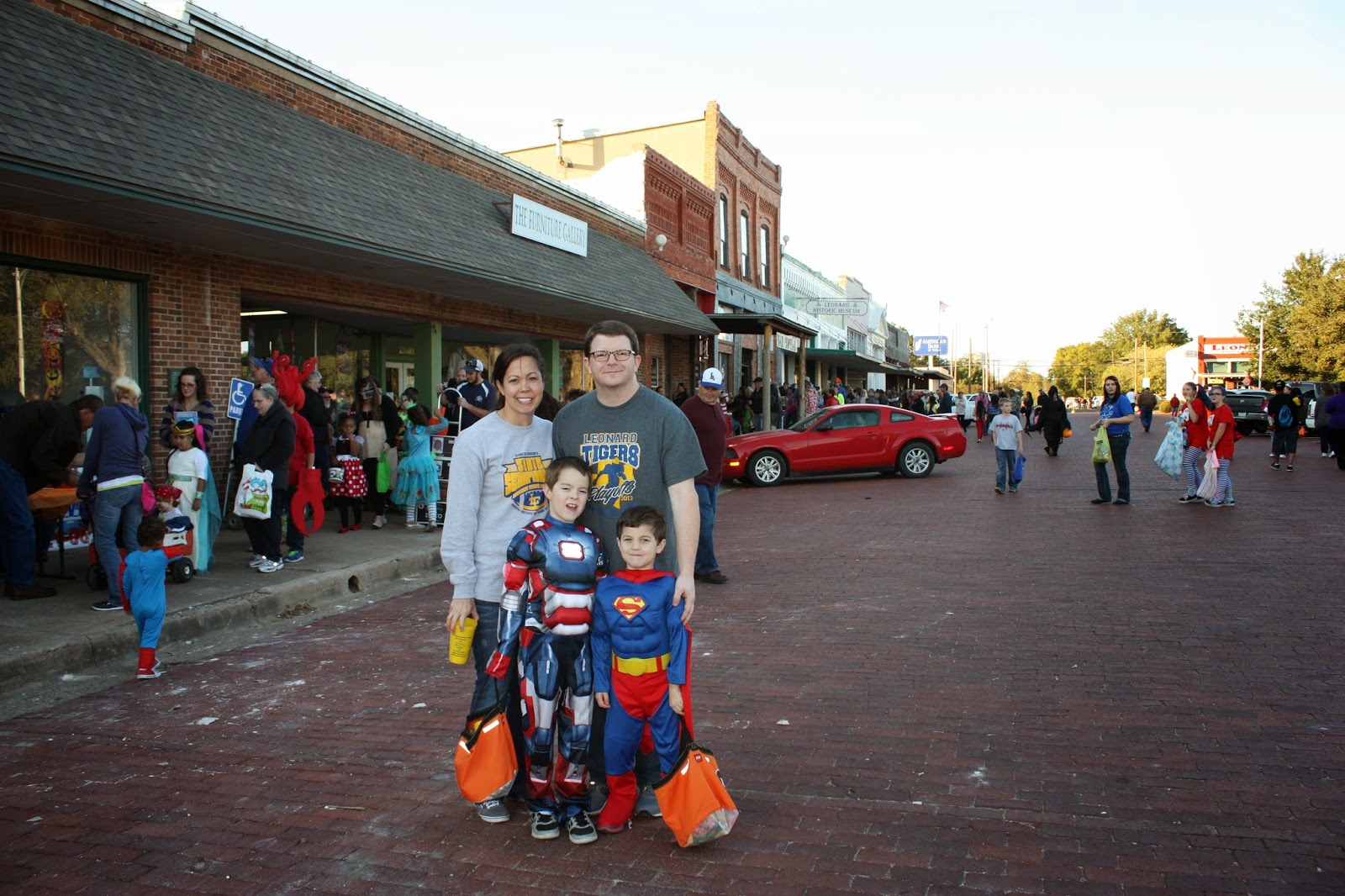 Our niece Maggie and her best friend Abby dressed up like Wayne and Garth.  I thought it was hilarious!  Abby had on a black t-shirt like Wayne, but this was the coldest Halloween we've had in 10 years so she had on a hoodie over it to stay warm.  Maggie's flannel and glasses looked just like Garth.  So awesome!
Party on Wayne!
Party on Garth! 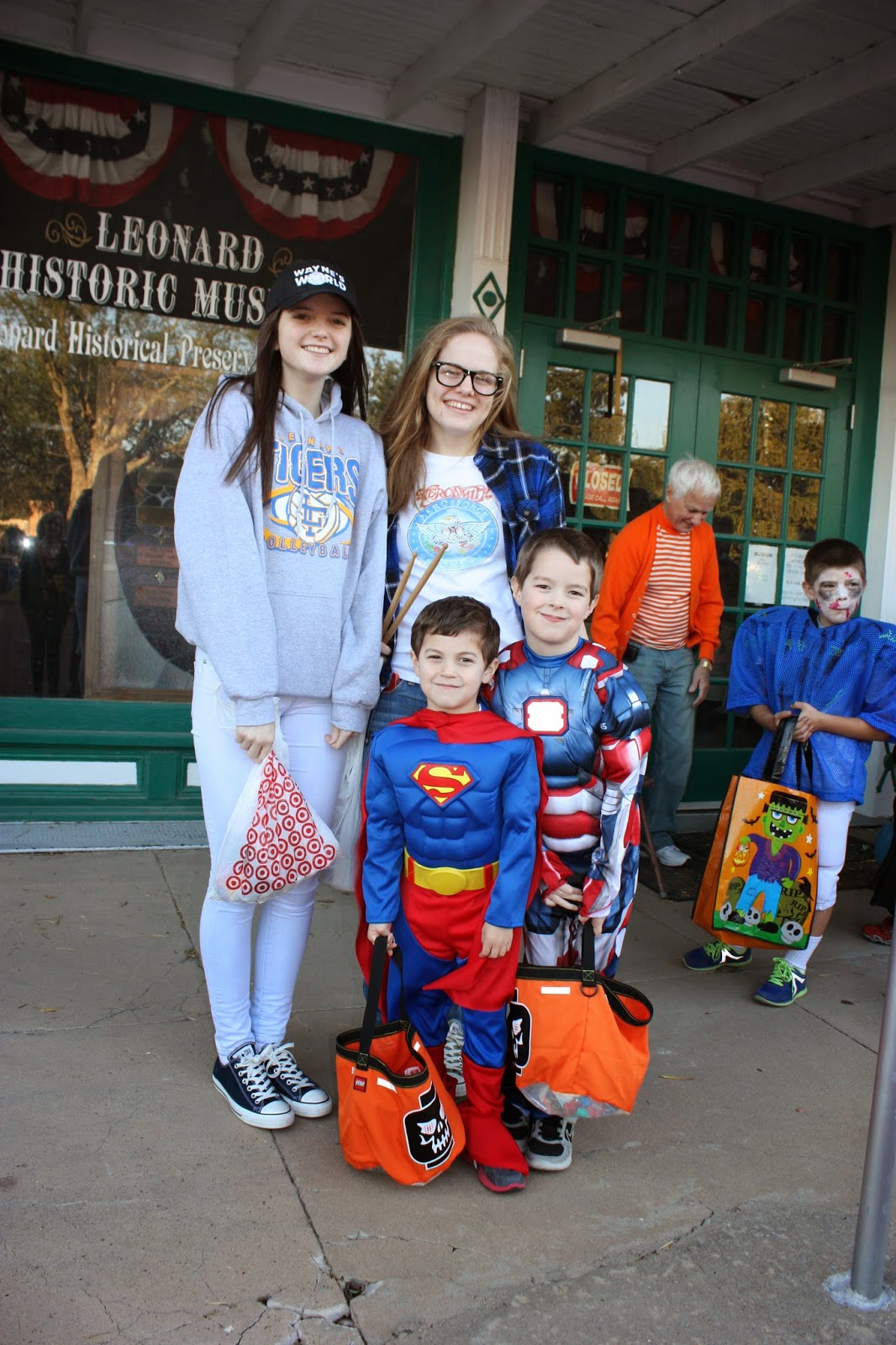 Ben's ready to save the world! 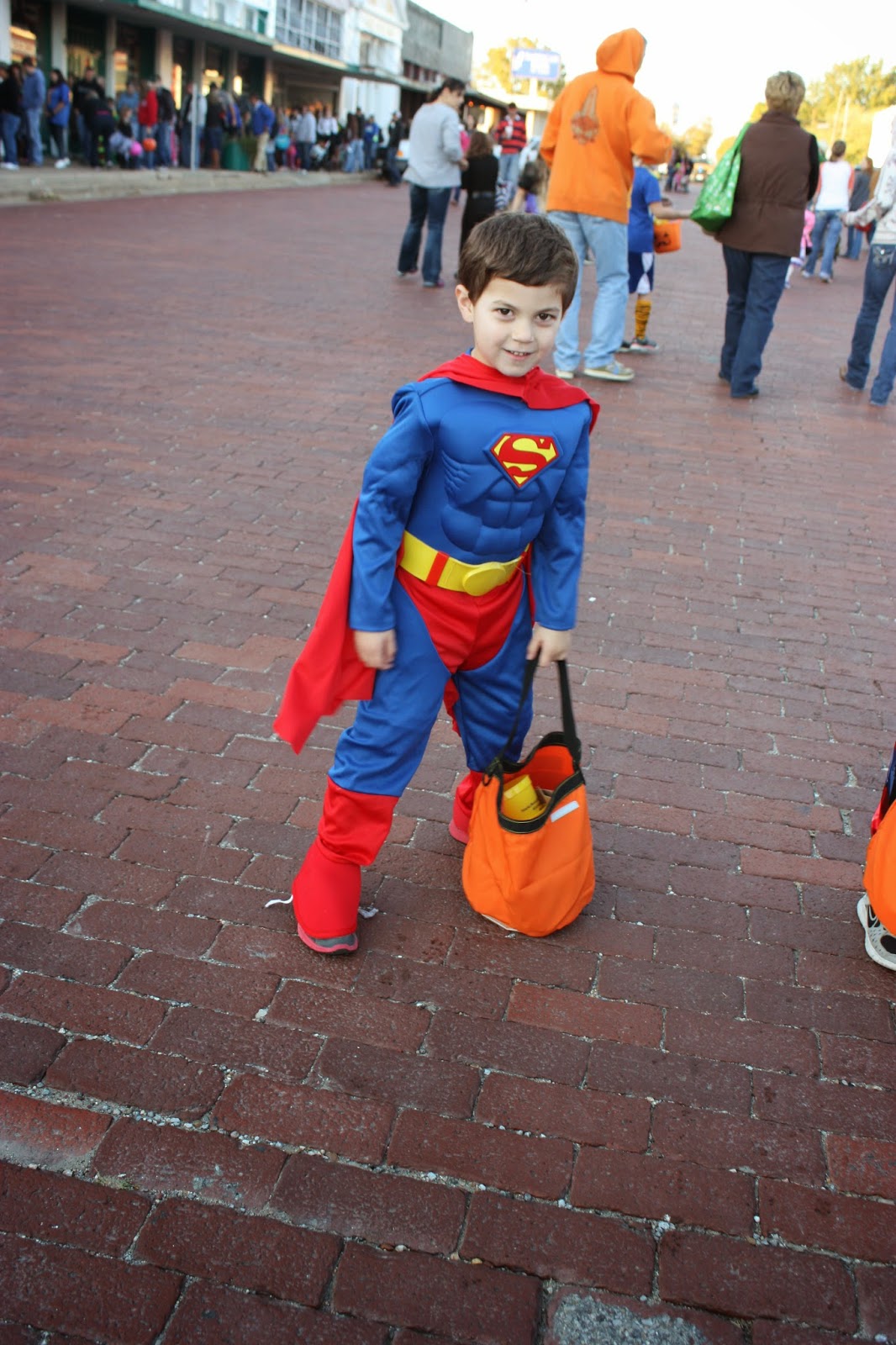 It looks like Will is taking the trick-or-treating very seriously. 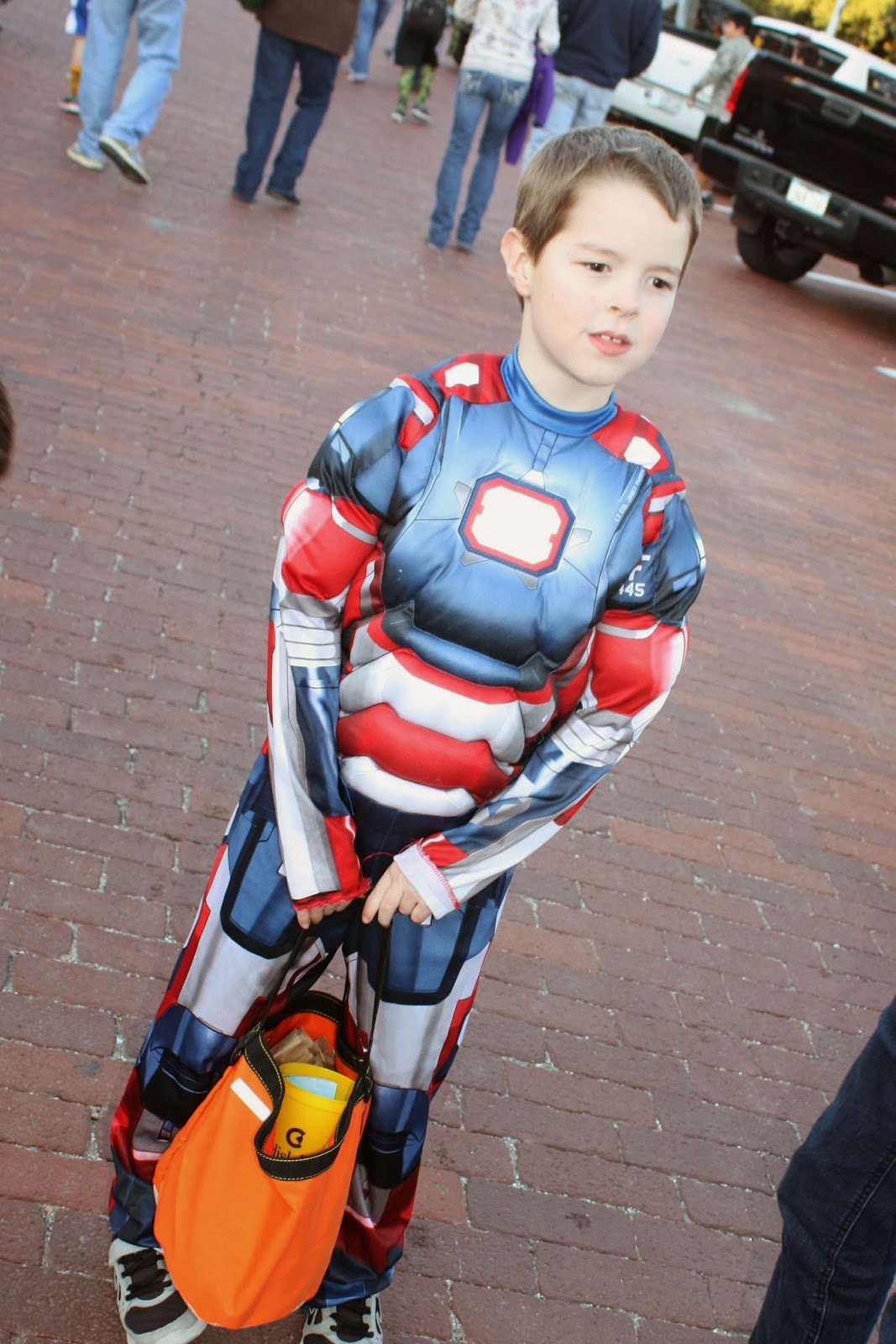 One more of Will. 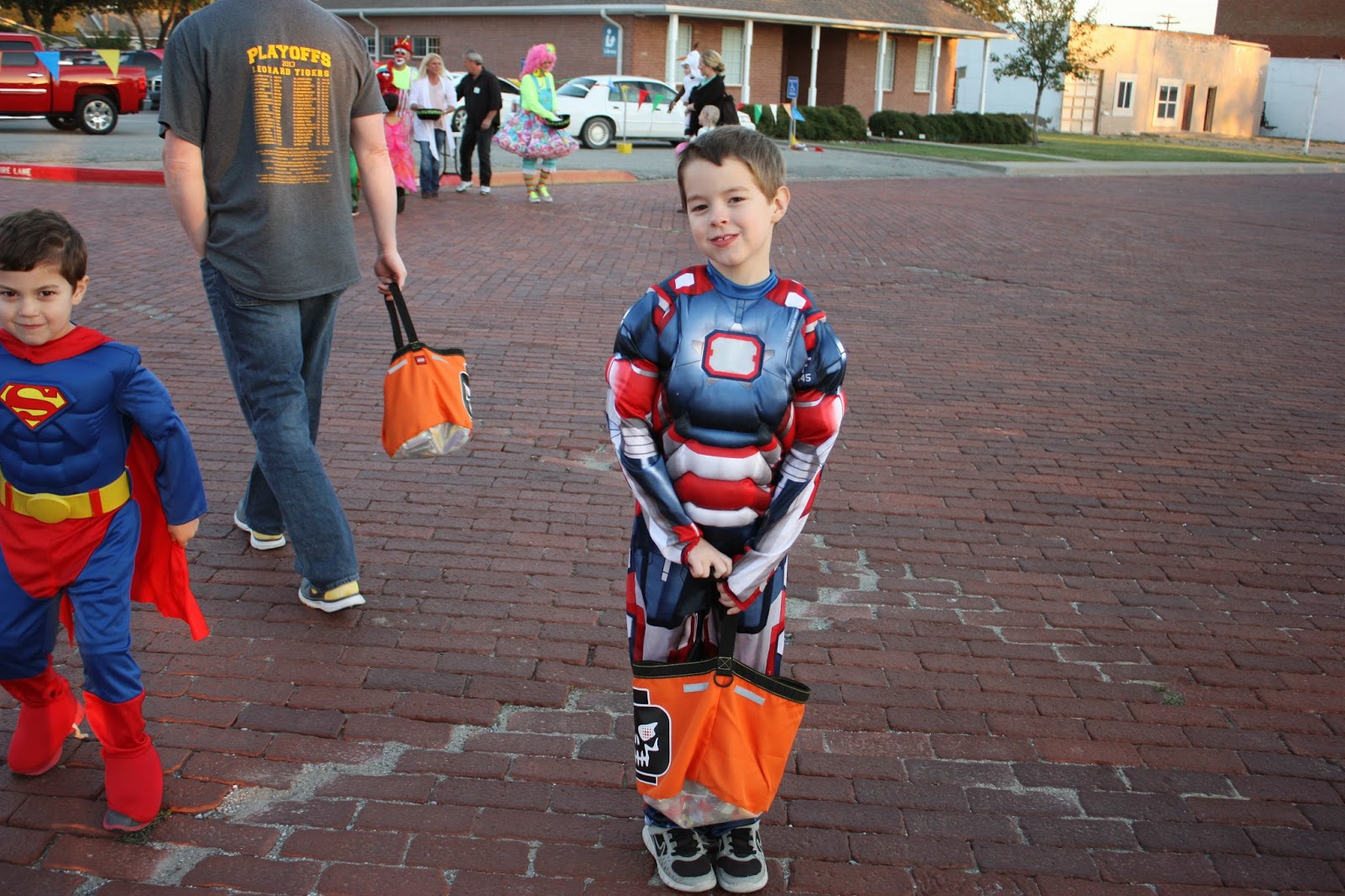 One more of Ben and his cute cape. 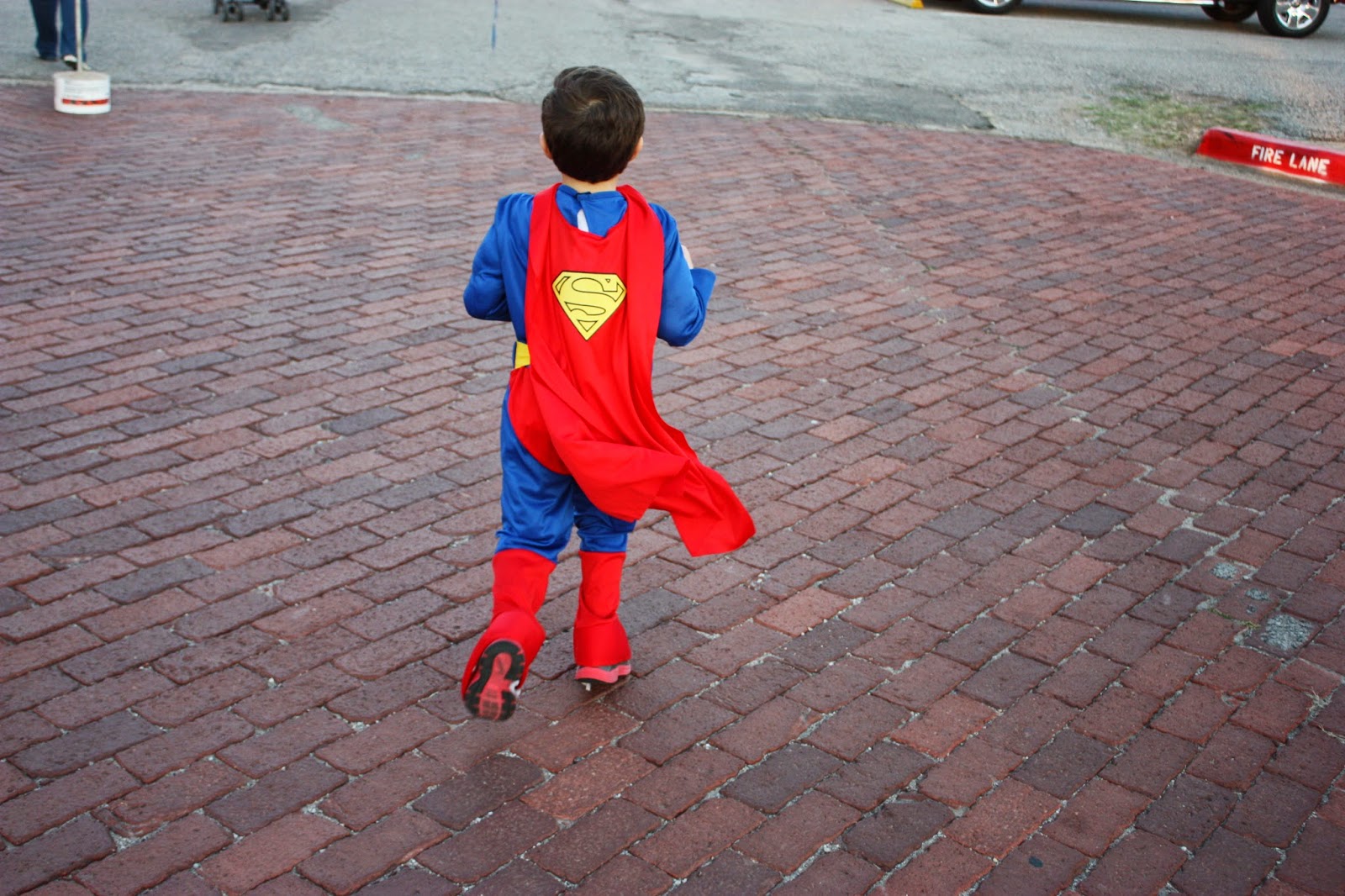 I took these photos at home before we went to Halloween on the Square. 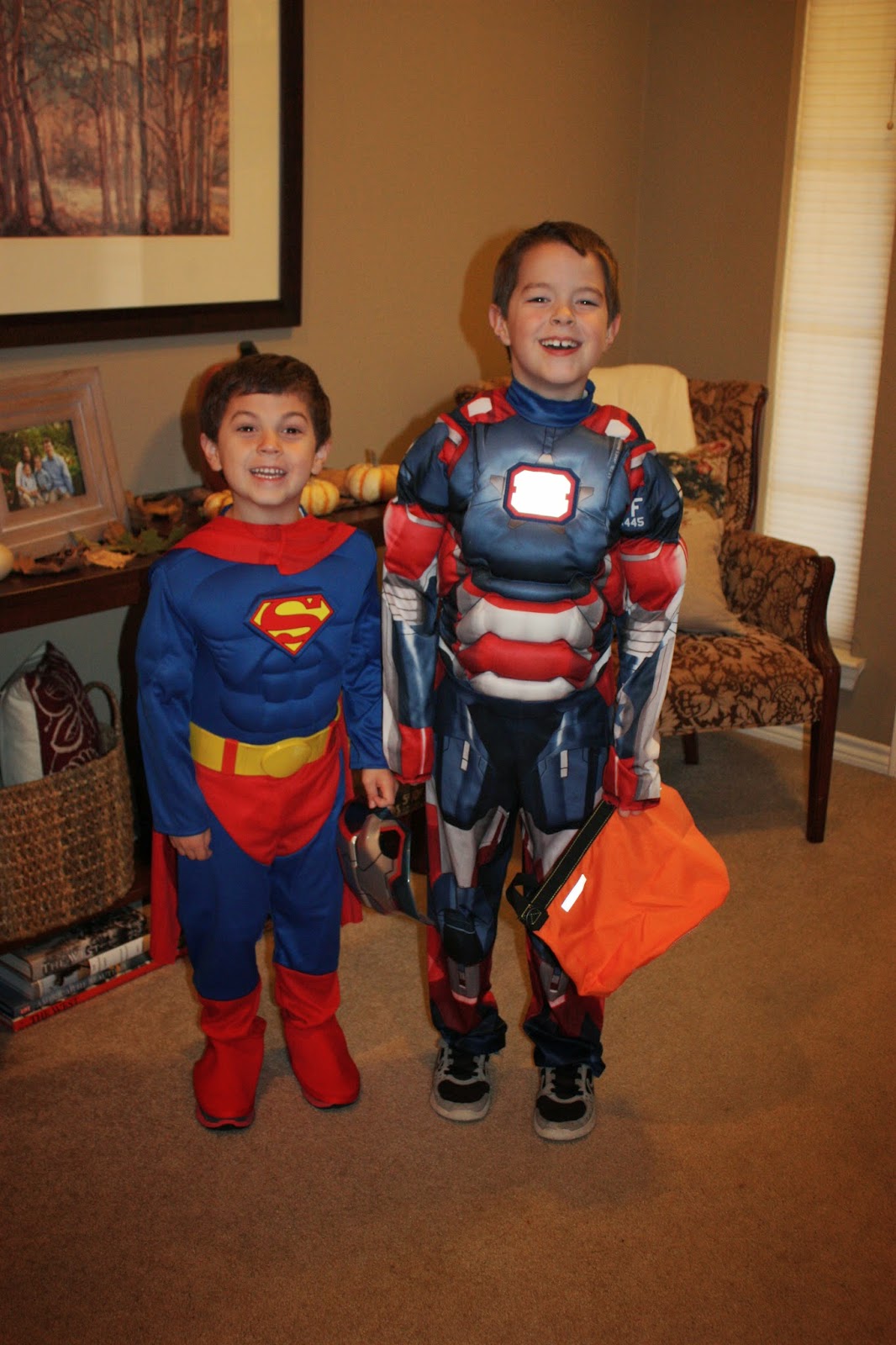 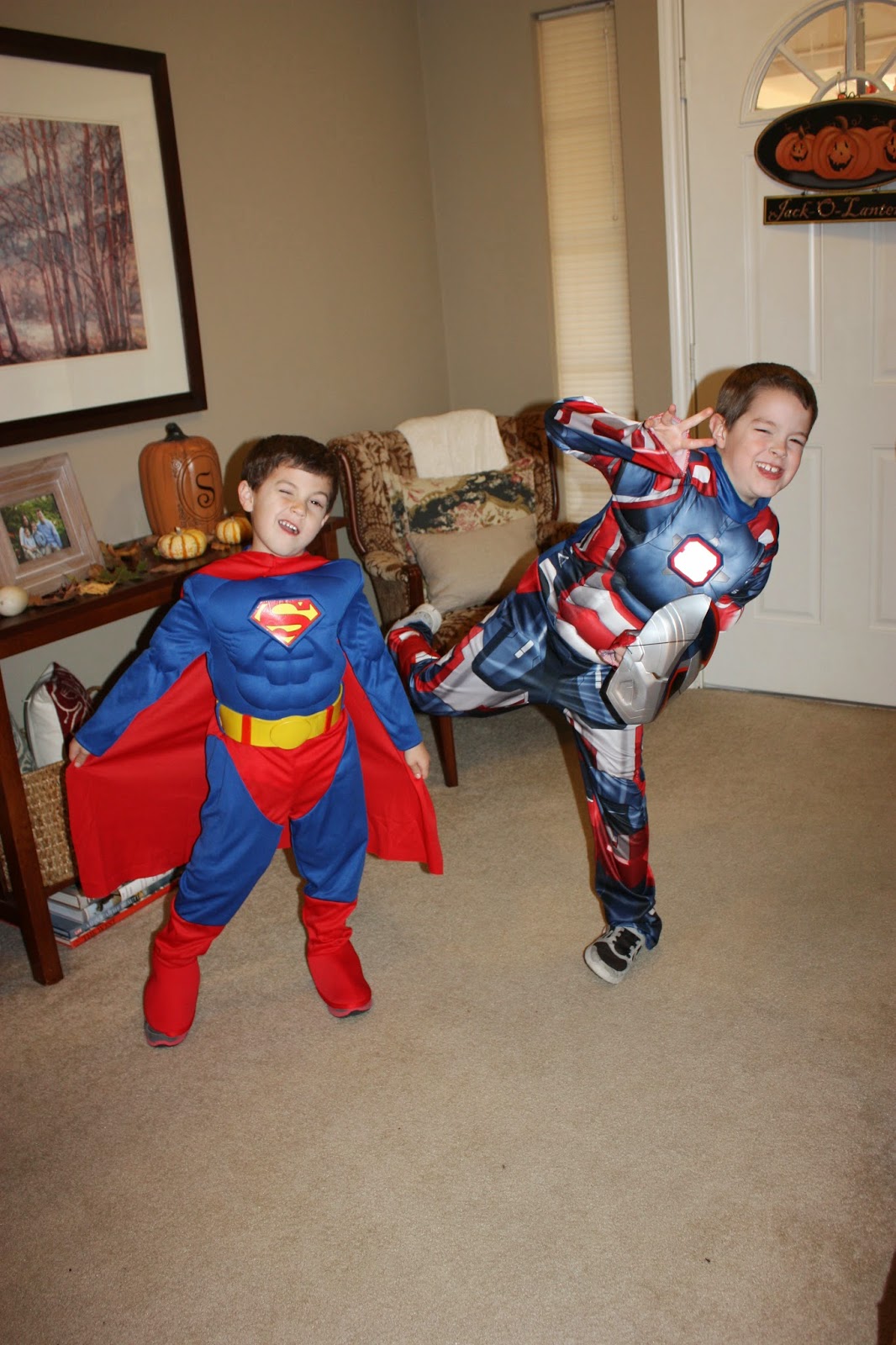 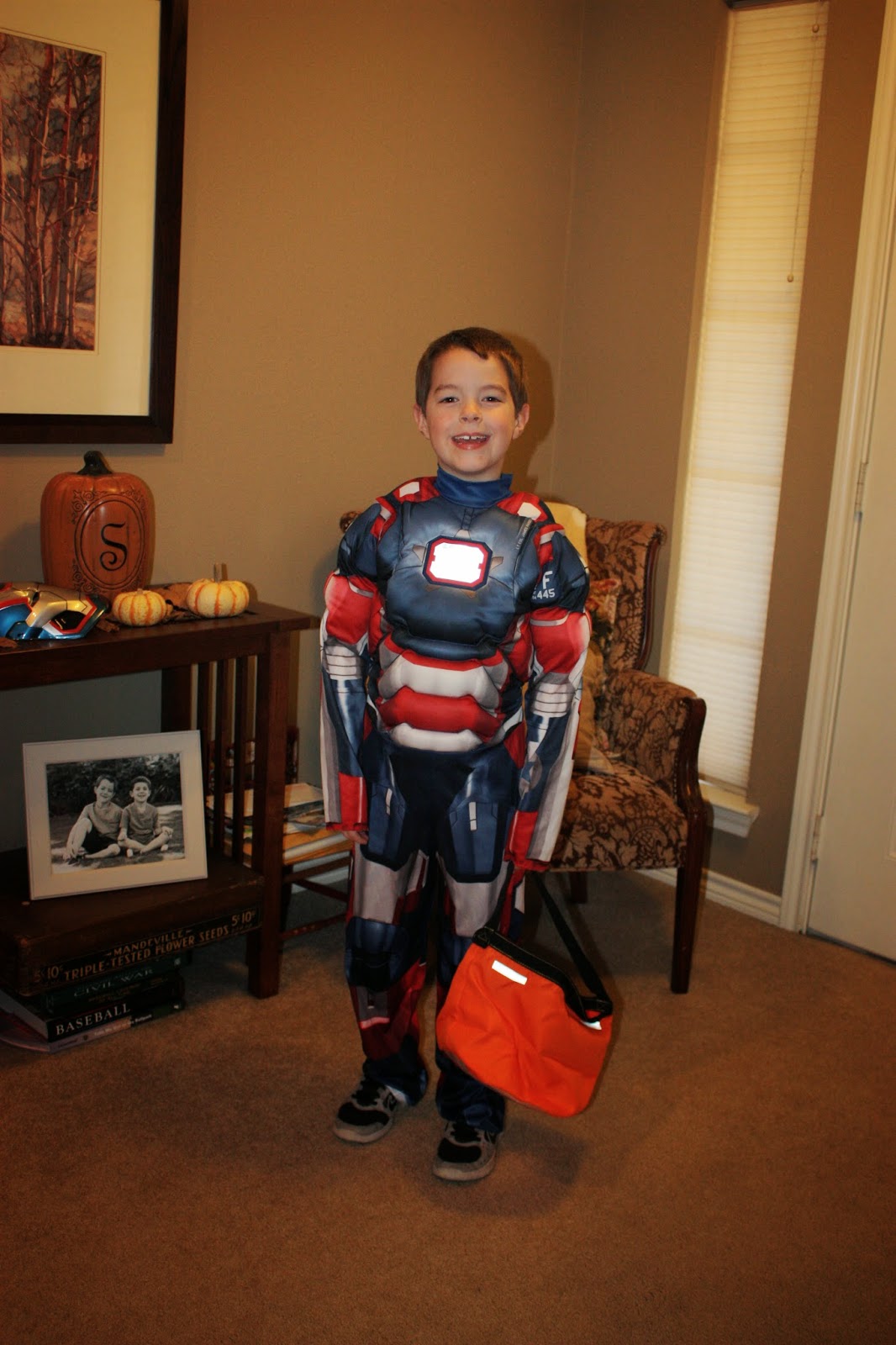 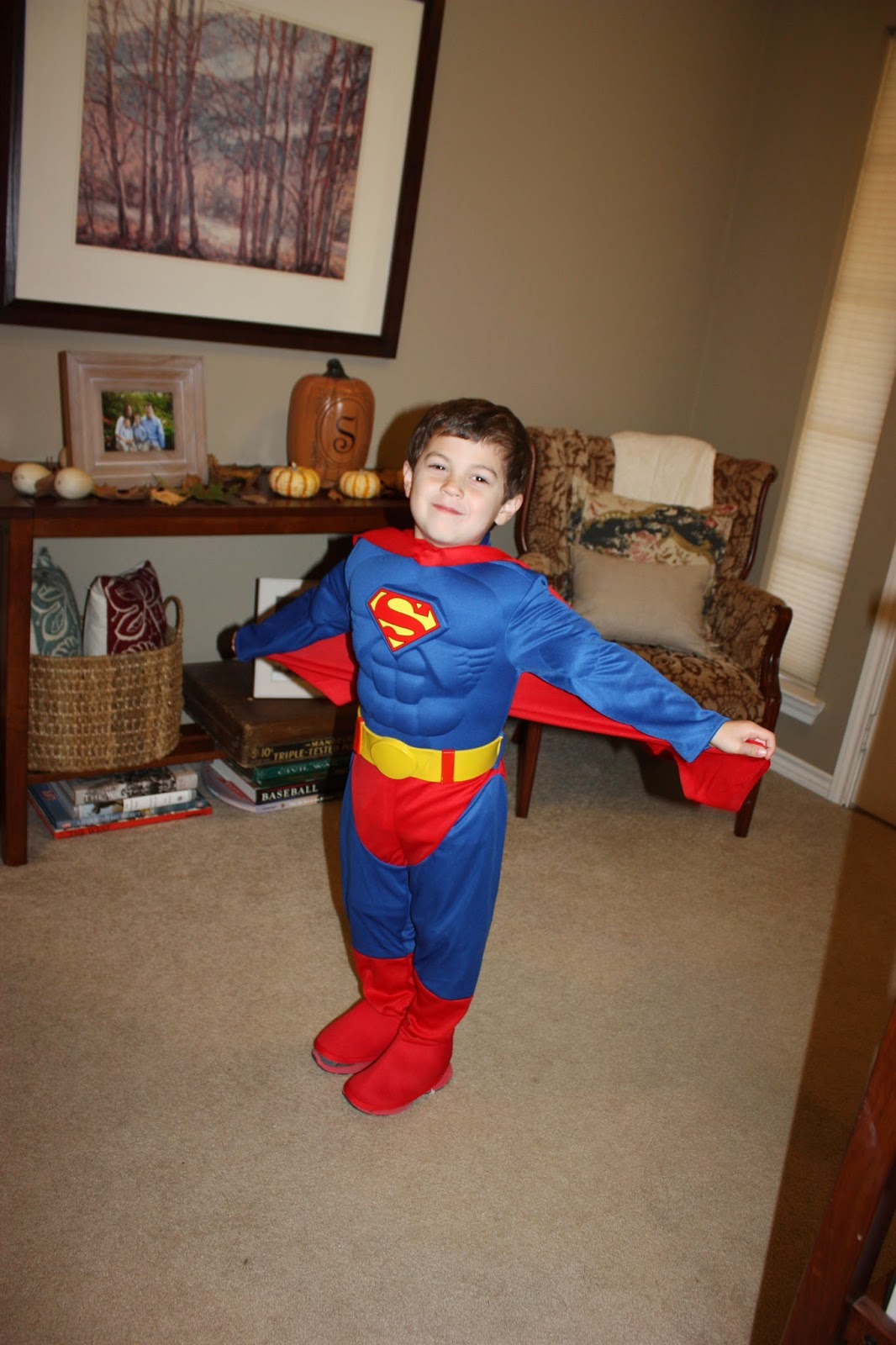 This is a photo before school.  The boys wore their costumes to school on Friday.
Ben had two different costumes to pick from.  We bought them several costumes on sale last year at Target.  He chose Green Lantern for school since green is his favorite color.  Will stayed with Ironman 3 all day. 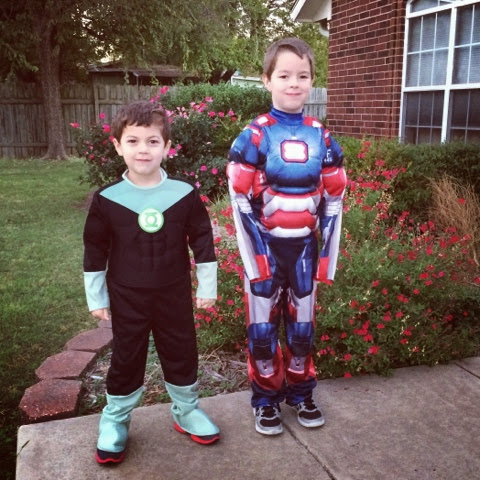